When my friend Katie McKnoulty visited me in Copenhagen, parading her around to the usual tourist traps was out of the question. No Little Mermaid. No changing of the guard. No hustling down Strøget. Yes, these activities can be amusing, but I know in advance that Katie has a strong aversion to visiting attractions just because they’re really old, really popular, and everyone tells you to see it. To quote Katie:

“When you’ve seen a million pictures of an attraction, what’s the point?”

Katie is probably the only “professional traveller” I know. Her website, The Travelling Light, shines the light on lesser known places around the globe. While she works as a freelancer, she seeks out special, sometimes secret, spots and then makes them a little bit less of a secret on her website.

I must admit, finding ‘the light’ is more difficult in winter, as Copenhagen really shines in the summer. But fear not, we’ve provided some alternative hidden gems that still shine when the temperatures fall.

Here’s a list of our favourite hidden hangouts; the places that traditionally receive less attention from visitors. They’re certainly not secret, but well beyond the throngs of tourists that occupy Nyhavn and Støget.

The Botanical Gardens and King’s Garden (Kongens Have) are undeniably beautiful, but where else do the locals go to spend a lazy Sunday afternoon, chillin’ like villains?

Belle and Sebastian and The Smiths fans alike.

At the back of the Glyptotek is a garden that’s often overlooked. It’s another great place to have a picnic, especially in the spring when the flowers are in bloom.

Between the Black Diamond library and parliament is a small, somewhat hidden garden. It has a reputation for being one of the most tranquil spots in the city centre, no matter what the season. It’s always nice to know that the library is just there as shelter if it starts to rain!

The location was actually once an old naval harbour. As a reminder of its maritime past, old mooring rings of the type used by ships in the 17th and 18th centuries has been built into the masonry at the end of the gardens.

There’s also an ancient mulberry tree that grows beside the east gable wall in the Proviantgården that’s almost 400 years old. The tree dates from the 17th century when this area was a harbour. When seen from the carpark, the tree looks like an untidy bush, but at the end of August you can venture under the curtain of leaves and enjoy the tree’s big juicy Mulberries.

Rather than going to the usual restaurants in the centre of the city, we started our own bike gang and searched of the best food beyond the tourists traps.

On Papirøen, a.k.a. Paper Island, you’ll find a warehouse full of trucks, vans and shipping containers serving street food. You can eat at the edge of the water and enjoy the wonderful view to the Royal Playhouse and the Opera House. This is especially fun in the summer, as boats of all shapes and sizes float on by. This local gathering is communal hygge at its best!

‘Grød’ means “porridge”, and the owners are on a mission to redefine the word and concept of their name. Who knew that porridge could be so delicious and experimental? My personal favourite is spelt porridge with chestnut purée, apple and toasted almonds. Oh my!

Gorm’s pizza on the water

Still want to see Nyhavn without the crowds and crazy prices? Gorm’s is located on the non-touristy side of Nyhavn and makes some of the best pizza in Copenhagen. Expert tip: there’s a discount on takeaway pizza! 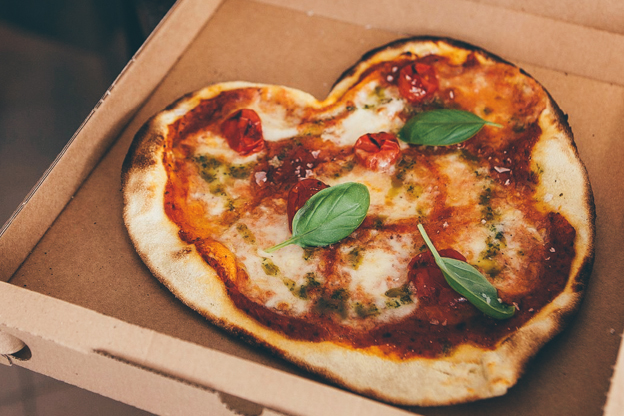 Weather not so nice? There are hundreds of Smørrebrød Cafes are in Denmark that serve Danish open sandwiches, a lunchtime tradition. The first time I came to Denmark, I was taken to Cafe Gammel Torv, a hidden and very authentic traditional Smørrebrød Cafe, by a Politiken food critic. Another favourite is Told & Snaps, where almost all the customers are locals.

In Copenhagen, it’s difficult not to have fun bouncing between the numerous boîtes.

This speakeasy is located just off Nyhavn. It’s a dark, secretive space hidden behind an uncharacteristic black door. The cocktail options are endless, and taste a little too good if you ask me. 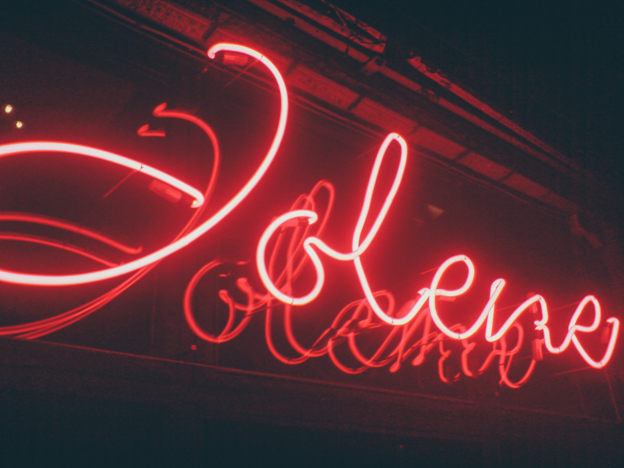 This bar is on the quite end of the spectrum. It’s book-lined walls, leather seats and muted lighting make it a perfect location for a late night rendezvous. It’s located inside the Plaza Hotel, right next to central station.

Head to your local Bodega! Cafe Malmø is our absolute favourite, and is one of the oldest in Copenhagen. It’s located on the water near Nyhavn. The walls are decorated with fisherman paraphernalia, spoons and amazing array of beer bottles. I know! Plus, there’s a jukebox filled with Danish classics, Dr. Hook and a lot of Whitney. You’re welcome.

Want to discover Copenhagen from the water as captain of your own solar-powered picnic boat in Copenhagen’s harbour and canals? Goboats are the way to go! After popping the champagne (for Katie’s birthday no less), we cruised past the Opera House to the tucked-away canals that shoulder Christiania. It was heaven. Also, it’s surprisingly cheap when you divide it per person. This is my favourite way to explore Copenhagen.

Head to the Kayak Republic to rent your own Kayak! Afterwards, you can lounge on the floating bar and enjoy the canal, with drink in hand.

It’s time to show off your daily work space. After all, during Katie’s visit to Copenhagen, it wasn’t all play and no work! Scandinavia Standard has had several offices across Copenhagen, but our hub that we return to regularly is The Black Diamond. You can understand why:

Republikken is a creative workspace upstairs from Vesterbrogade. Buy a coffee for two hours of free wifi and seriously get some shit done. If you need more time (need to finish that novel?), I would recommend getting a ‘working pass’ which gives you free wifi and unlimited coffee! That novel will be finished in no time!

Han KjøbenhavnLeave the city behind – Bonfire in the forest

There’s an organic farm called Grantoftegård, a short train ride north of Copenhagen, were a friend of ours was staying. The farm is also open to the public, and you can visit to buy fantastic fresh produce. After choosing and washing our vegetables, we made a delicious vegetable soup. Afterwards, we then headed out to a secluded forest nearby and lit a bonfire. It’s one of those perfect evenings that you won’t forget in a hurry! Especially cycling full speed through the forest in the middle of the night with a stereo, a backpack full of beer and friends in tow.

There is none. Grin and bear it! Live like a local! As the Danes say: There’s no such thing as bad weather, just bad clothes. Or soft people.

Photos by Freya McOmish from Scandinavia Standard and Katie McKnoulty from The Travelling Light.

Where do you take visitors when you want to show them the real Copenahgen?