St Lucia Day celebrates the winter solstice in the old Julian calendar and the Swedish pagan festival of lights. The candlelight Saint Lucia procession, or Luciatåg in Swedish, is held on the 13th of December. It’s a magical Swedish custom, with girls and boys clad in white full-length gowns singing songs together.

Saint Lucia, known in English as Saint Lucy, was a Sicilian saint from around the year AD 280. She became a Christian martyr when she refused to denounce her faith, despite being tortured and set on fire. The fire refused to consume her until she had been read her Christian last rites. St. Lucia is said to have helped Christians hiding in the catacombs from the Roman emperor Diocletian. Needing her hands free to hold supplies, she put candles on her head.

In a St Lucia Day procession, a girl is chosen to be a “Lucia,” and wears a white gown, red sash, and a candle-lit crown (don’t worry, it’s usually an electric crown! But it used to be made of real candles) in her hair. She then proceeds with other white gown-clad girls and boys who hold candles in their hands. The boys in the procession are called “star boys.”

Saint Lucia is bearer of light, and we could not be graced with the special ritual at a more perfect day in the calendar as we near one of the darkest days of the year.

Like all the best Scandinavian holidays, St Lucia Day has traditional food that accompanies it. The stand out item is the Saint Lucia Saffron Buns, or Lussekatter, a staple of the Swedish winter solstice celebration.

The Saffron buns are usually shaped like the letter S and adorned with two plump raisins at the curls. Alternatively, there are eight different St. Lucia bun shapes, each with different names. 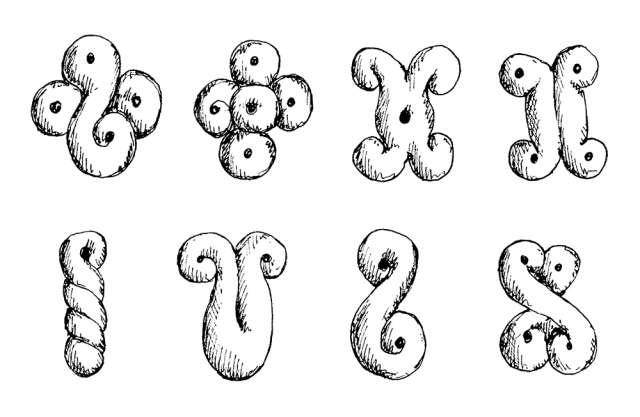 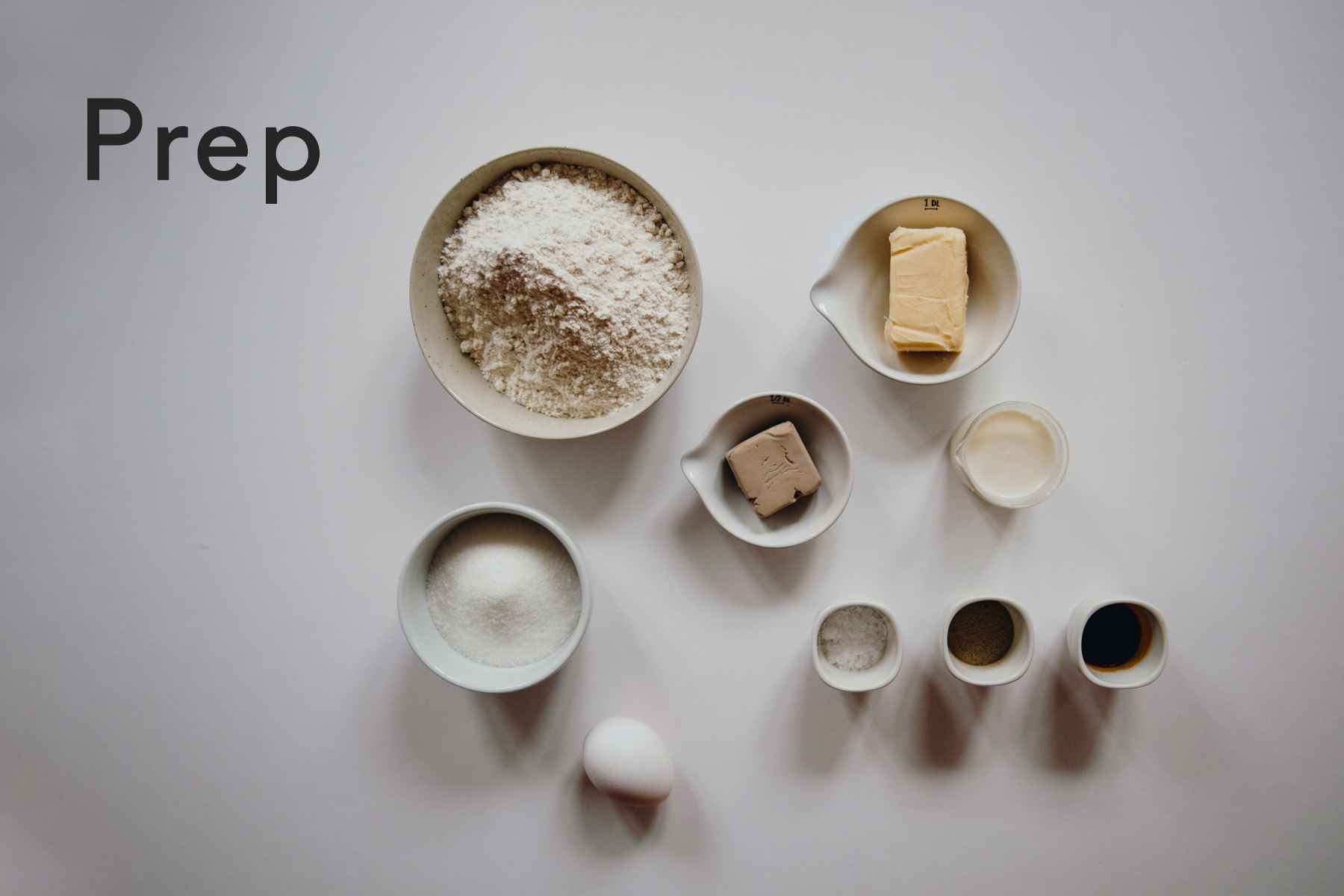 You’ll need to infuse the saffron in the aquavit or vodka the night before in order to develop an intense colour.

Grind the saffron threads into a powder with a mortal and pestle and add them to the spirits. Leave them overnight to infuse. 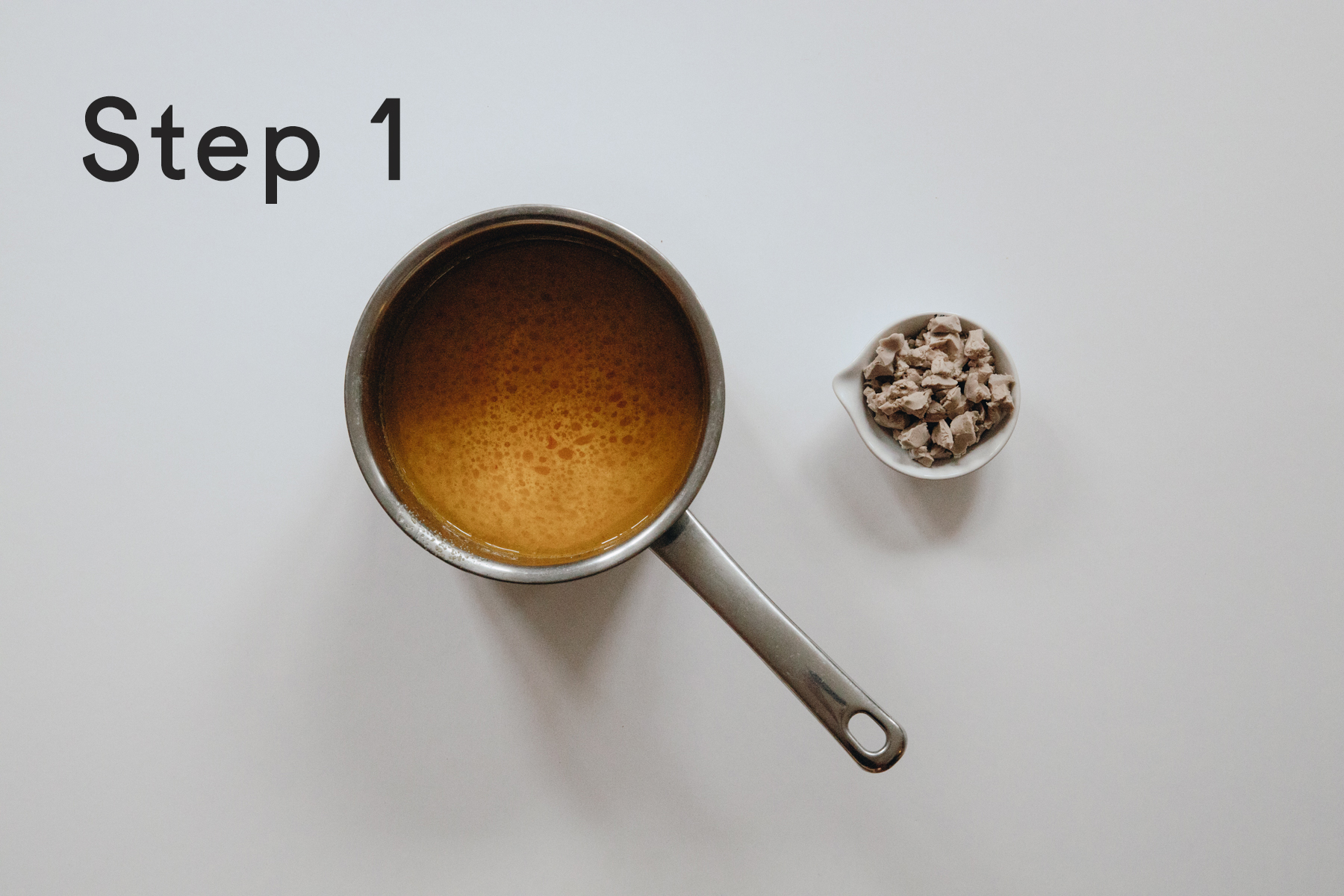 Add the saffron liquid to the milk.

Melt the butter in a pan, add the milk mixture and heat to body temperature (37°C/98.6°F). Expert tip: make sure the temperature isn’t too high! Swedish saffron bun connoisseurs insist on keeping the temperature low so that the mixture doesn’t kill the yeast, ensuring a light, fluffy bun.

Dissolve the yeast in the milk and butter mixture in the bowl of a stand mixer. 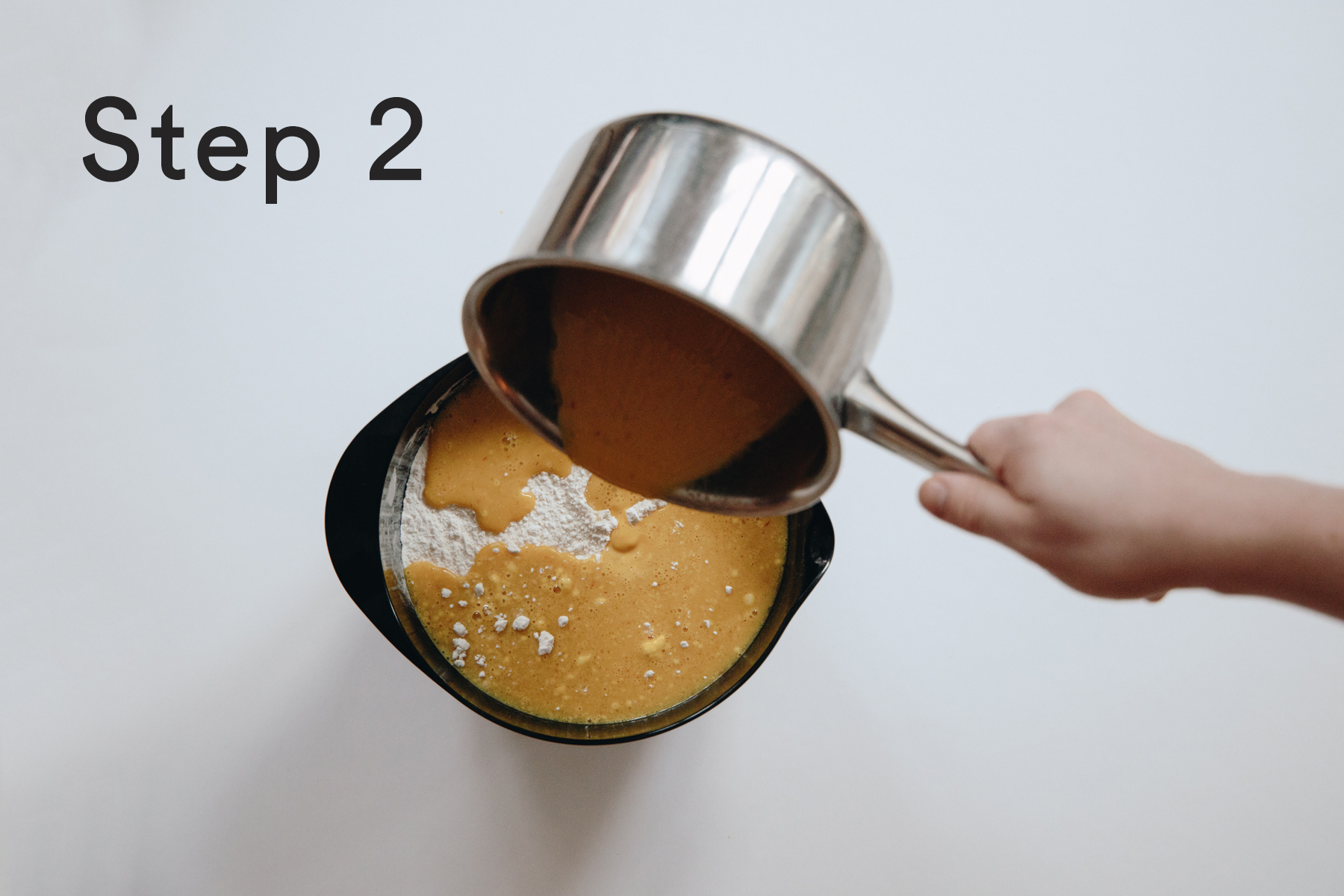 Add the salt, sugar, and then the flour while you knead the dough. 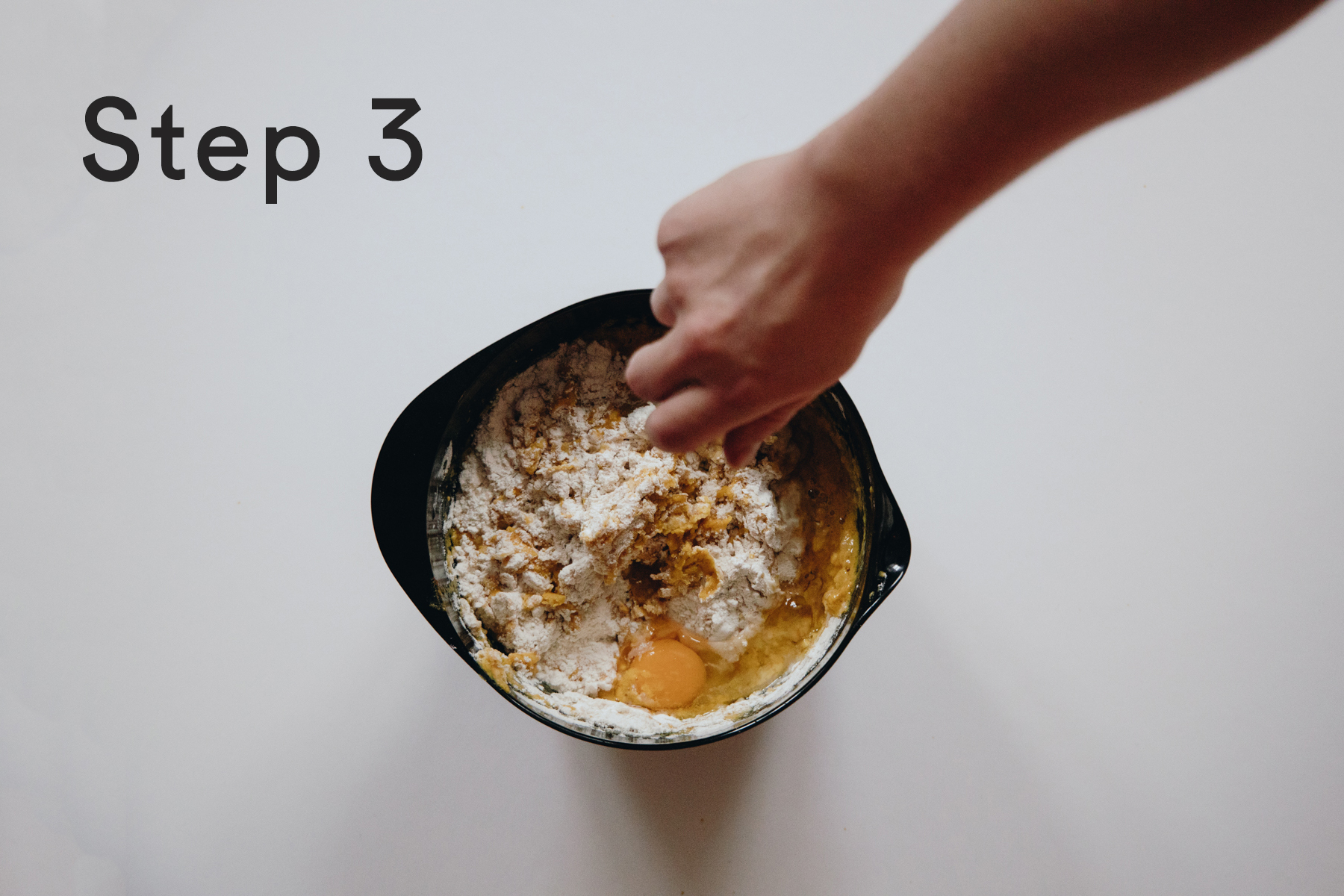 Add the egg. Continue to knead the dough. 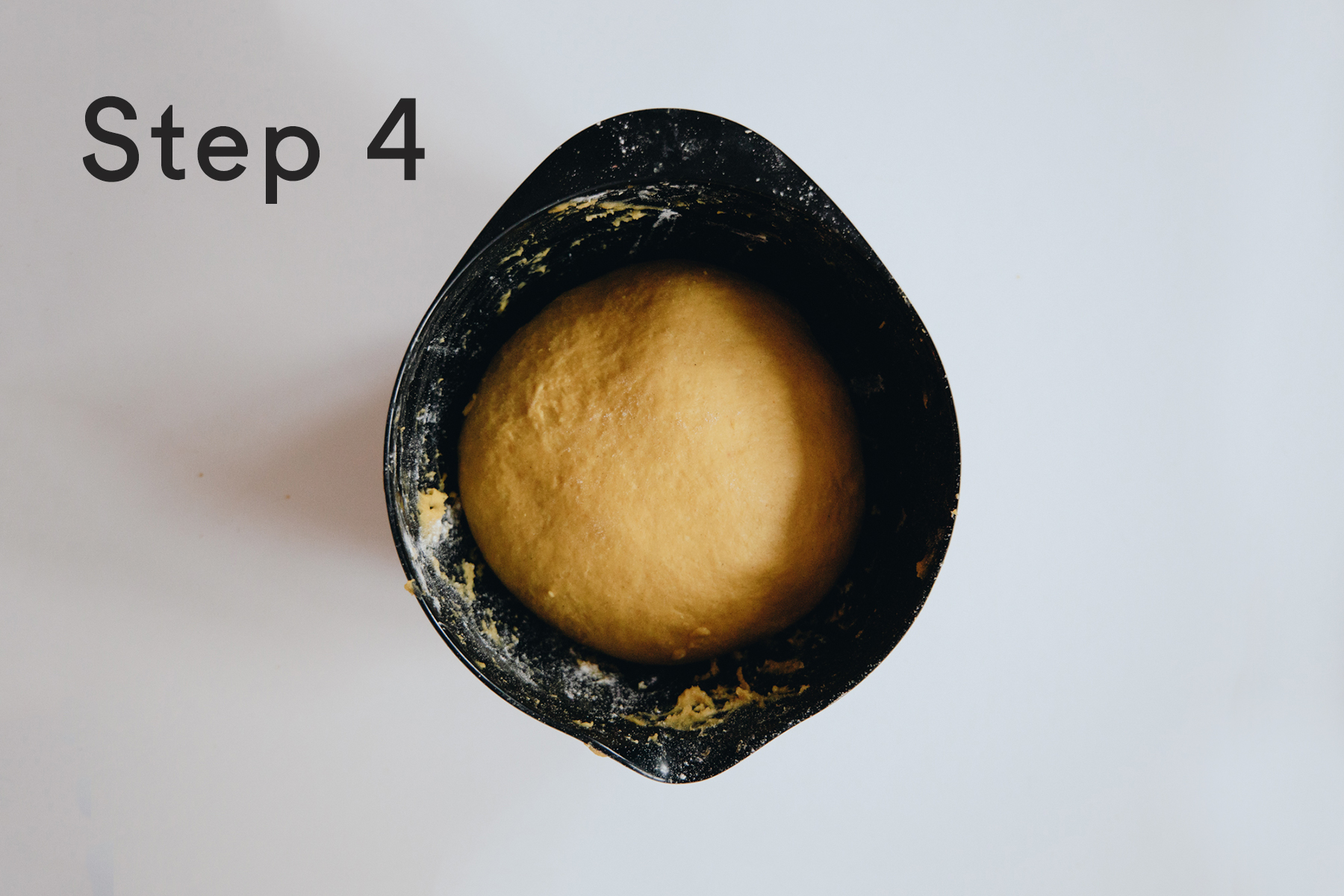 Set aside a little of the flour for dusting later. Keep kneading for about 10 minutes, or until the dough comes clean off the sides of the bowl. 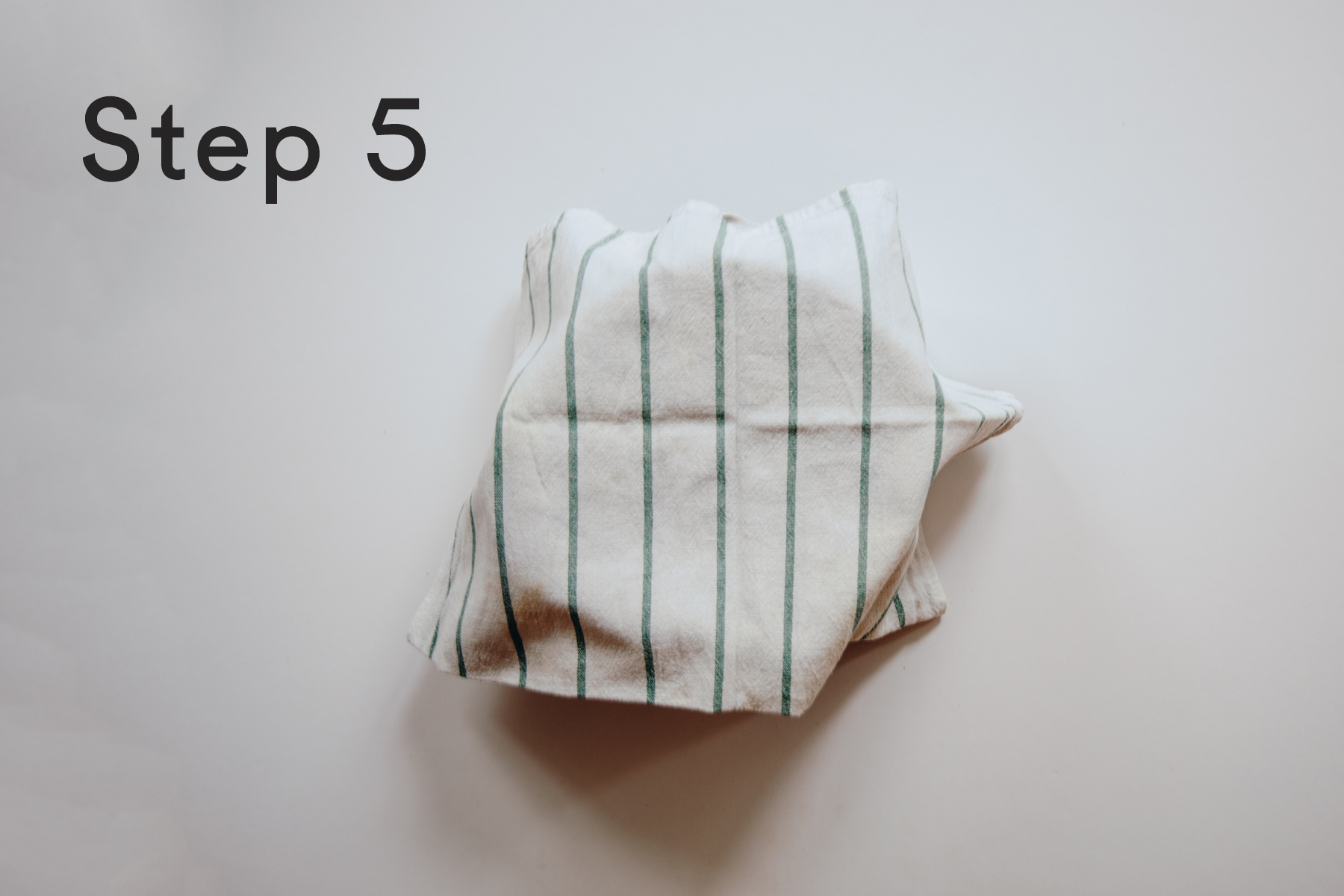 Cover the bowl with a clean dish towel and leave to rise for 30–40 minutes, or until doubled in size. 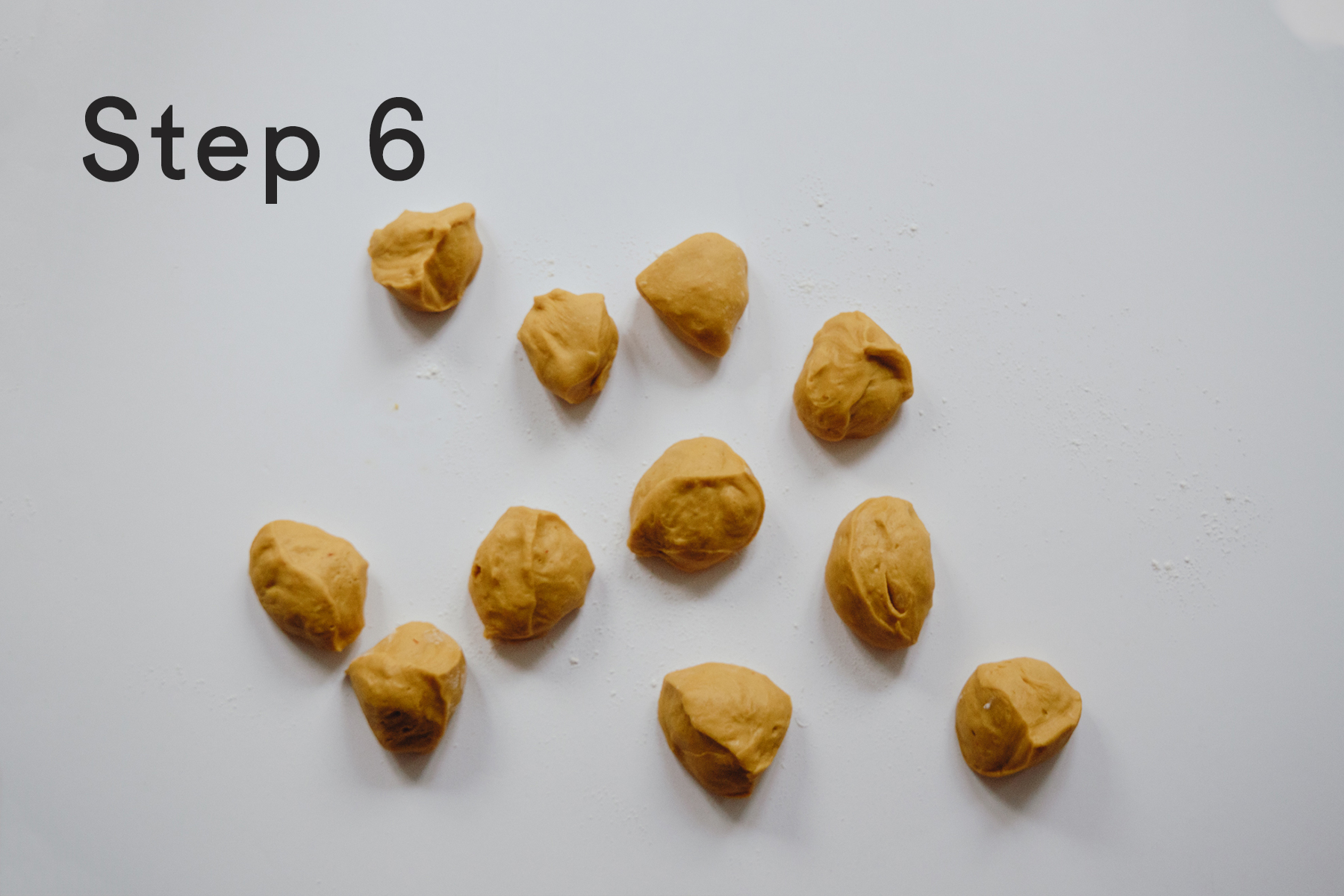 Line 2 baking sheets with parchment paper. If you are environmentally-minded, or like to live life on the wild side, you can simply grease a tray with butter.

On a lightly floured work counter, divide the dough into as many pieces as you need for the rolls you want to make (see illustration above). 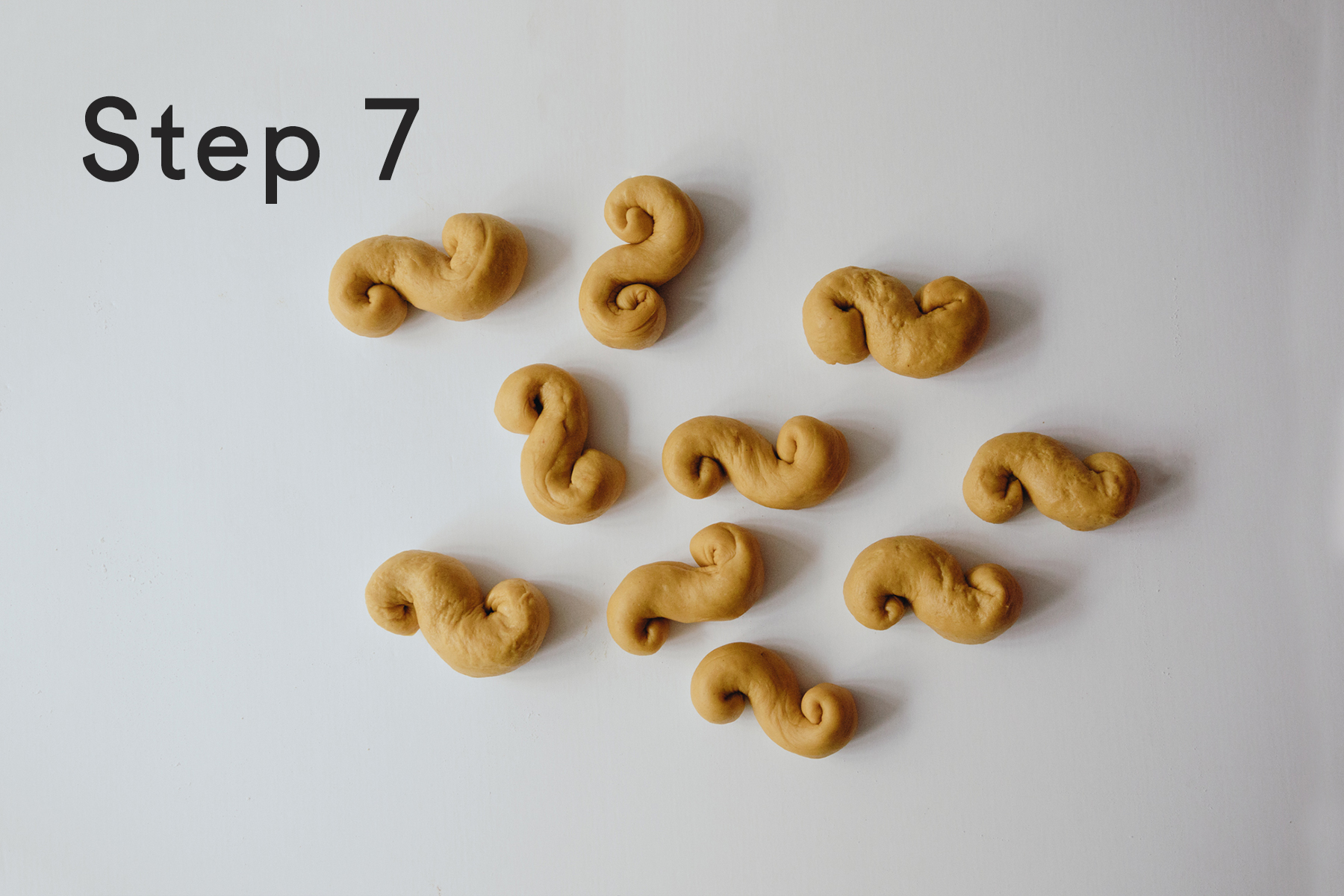 Shape the dough and place on the prepared baking sheets. Push the raisins into the dough where indicated in the illustrations, then cover the buns and leave them to rise until doubled in size. 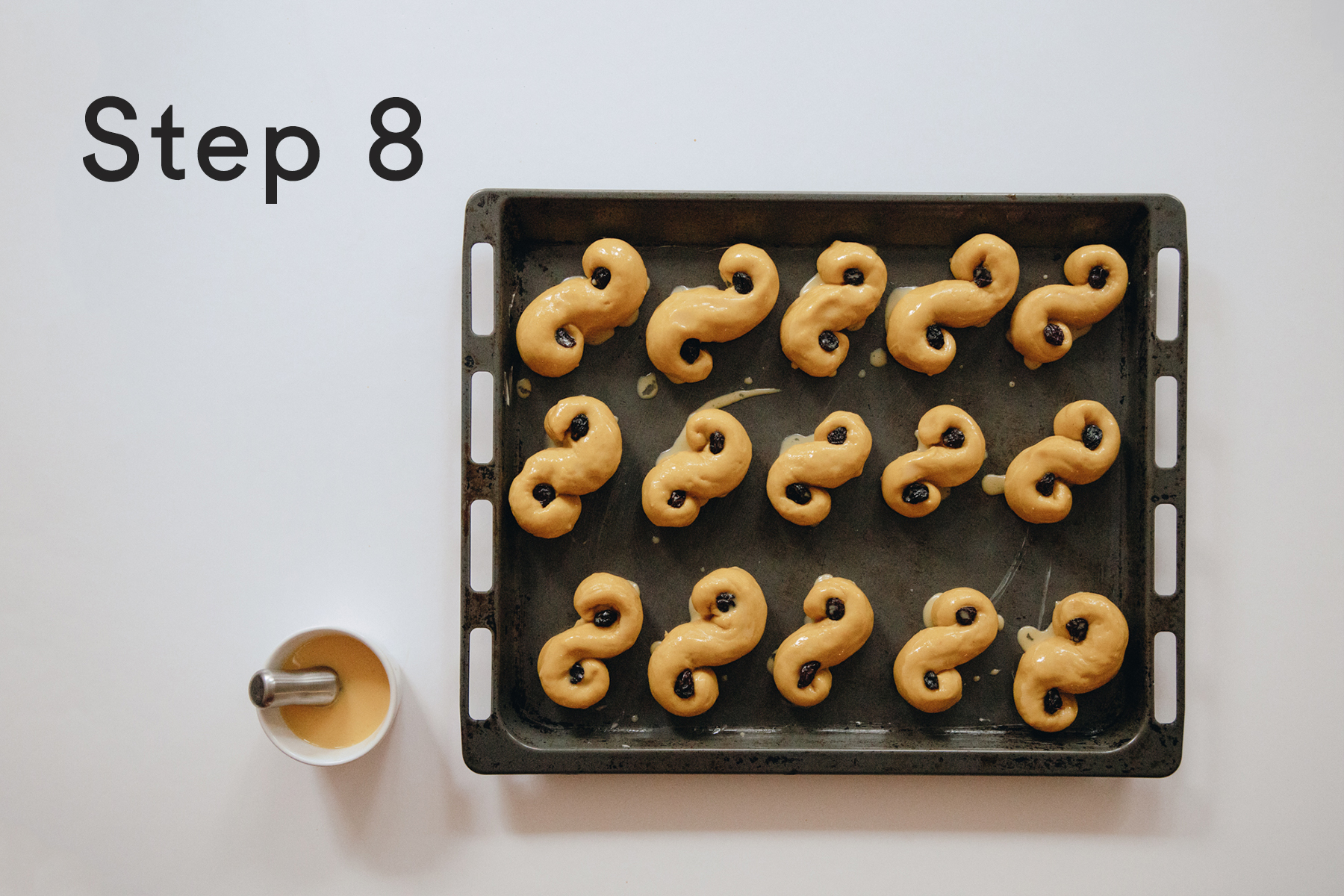 Before baking, you may have to push the raisins back into the dough with a toothpick; sometimes they pop out during the rising.

To make egg wash, crack an egg into what might seem an unnecessarily large bowl.

Add the milk. Whisk for a few minutes, making sure that the mix is completely smooth and has no lumps at all.

It will foam a bit but if you leave the mix to rest for a few minutes before using it, this will disappear.

Apply your egg wash in a thin layer using a good pastry brush. One coating is enough, it just needs to glisten from egg to brown well, it doesn’t need to be soaking wet.

Then, bake for 8 to 15 minutes (until nicely golden). The cooking time will depend on what size and shape you have made. Do not overcook them, or they will be the driest things you have ever eaten! They’re best eaten fresh or within 2 days, because they can become insanely dry. 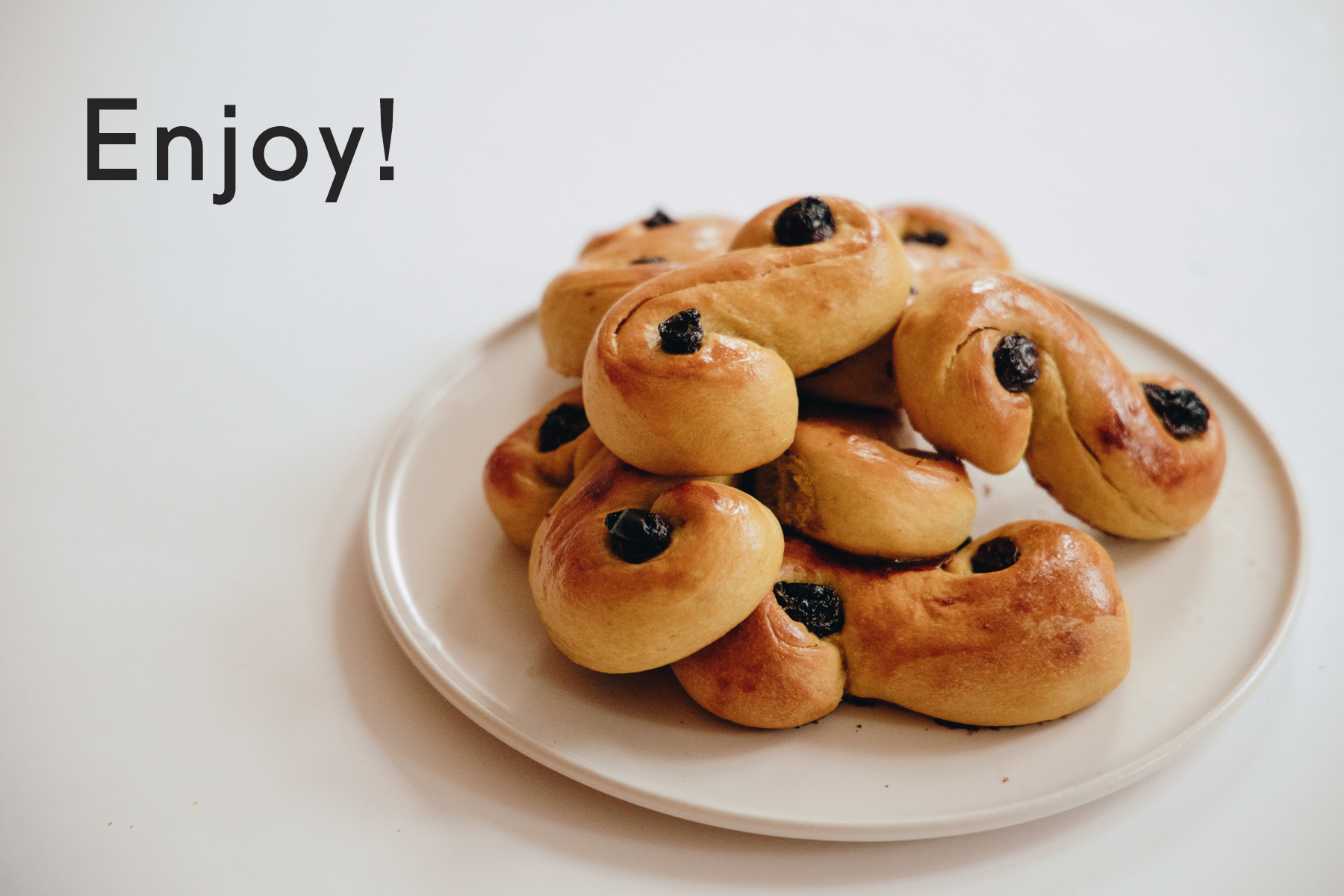 This recipe was adapted from The Nordic Cookbook by Magnus Nilsson (Phaidon, $59.95, October 2015).

When is St Lucia Day?

Every year on the 13th of December.

Why do people wear candles on St. Lucia Day?

The candles symbolise the fire that would not take St. Lucia’s life until she had been read her Christian last rites. Because the holiday is also connected to the pagan celebration of lights, the candles are a literal proxy for the light as well.

What do you eat St. Lucia buns with?

St. Lucia saffron buns are usually accompanied by glögg or coffee, and can be served warm or at room temperature.

Want to learn about what happens in Sweden during the festive season? Here’s our ultimate guide to Swedish Christmas traditions.