The founder of Norwegian clothing brand SWIMS, Johan Ringdal, made something of a name for himself in New York City in the early 2000s as the guy who was always wearing galoshes. “He was studying at Parsons, the design school, and he took his grandfather’s old fashioned galoshes with him. You know the kind that fit over your regular shoes? He was always wearing them over Converse sneakers, and people thought it was weird. They also thought it was cool; I guess it was just different,” CEO Alex Eskeland says.

Upon graduating, Johan decided that he wanted to create a modern galosh – something to recreate that perfect, functional shoe cover he’d been wearing for years.

“People were wearing rainboots, but they’d kind of forgotten about galoshes. In decades past, people didn’t have ten or more pairs of shoes; they had maybe two or three, and they had to protect them from the rain. In Scandinavia, the galosh is something that everyone’s grandparents would have had, and Johan wanted to bring that back. It was a way of honoring his heritage, but also of being more sustainable and thoughtful in how you buy shoes,” Alex explains.

Johan reached out to his father, who had started the first electrical car in Norway, and began working with a car designer on the galosh project. In 2006, he launched the Galosh in four colors. The same year, Alex, who was working at Norwegian water brand Voss, came on as the CEO while Johan continued to design: SWIMS was officially born. 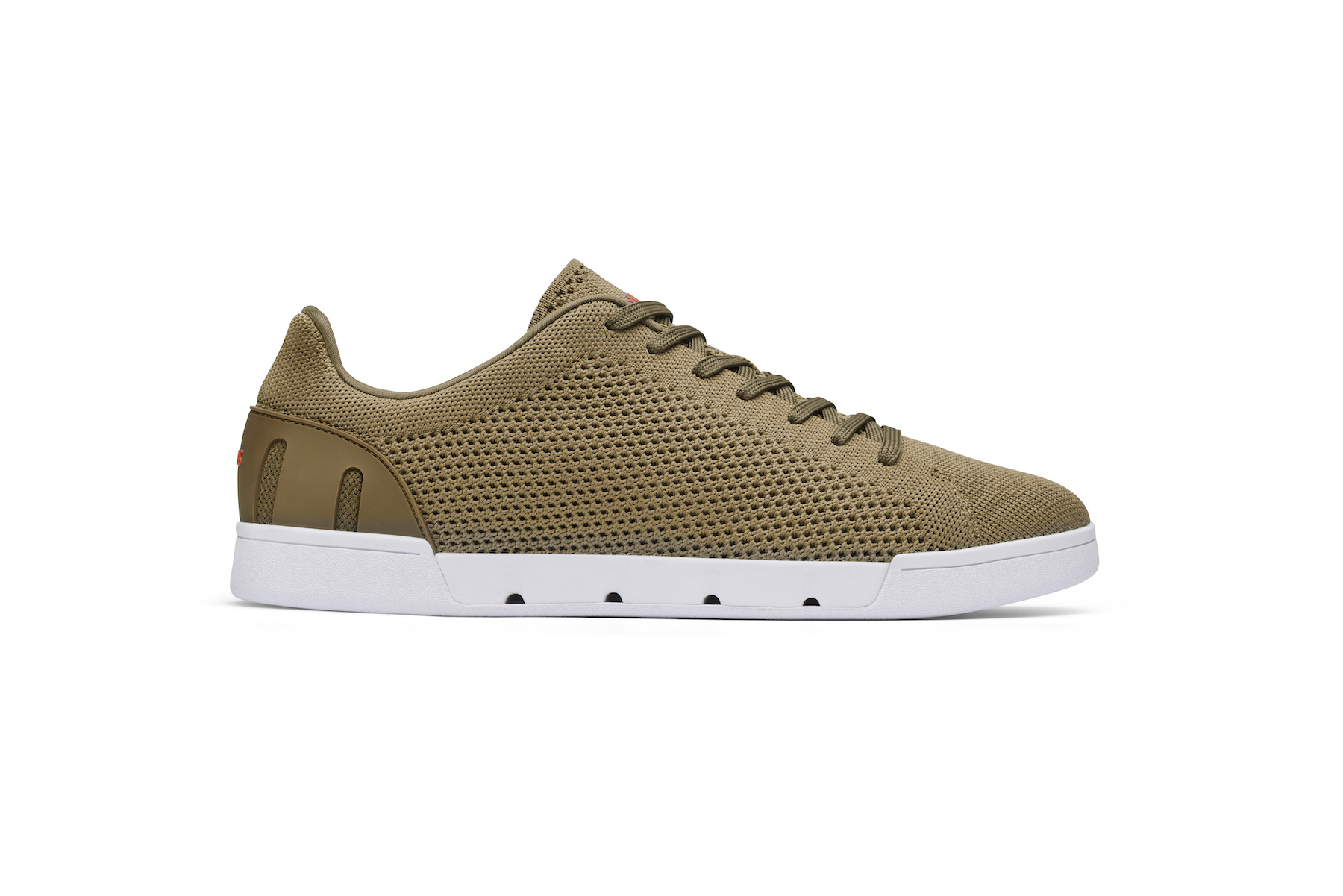 The galoshes became popular almost immediately. “We were very lucky with the timing, because it was at a point where men were looking for ways to individualize with accessories. They wanted to feel a little bit different, and we were offering them that,” says Alex.

“At the same time, galoshes were the perfect item because they’re quite sympathetic: they’re humble, they’re a protector, and they’re problem-solving. It might be stylish, but it’s also functional. The galoshes became a popular Christmas present that year.”

Building on their success, SWIMS launched a rain care package that included a car coat and an umbrella. In 2010, they launched a rubber loafer. Alex notes, “we realized we were kind of disappearing from customers’ minds for six months out of the year. So we thought, what’s the most important item for spring and summer for men’s footwear? A water-friendly loafer seemed like the answer, and it turned out to be extremely popular as well. The result was broad worldwide distribution.” 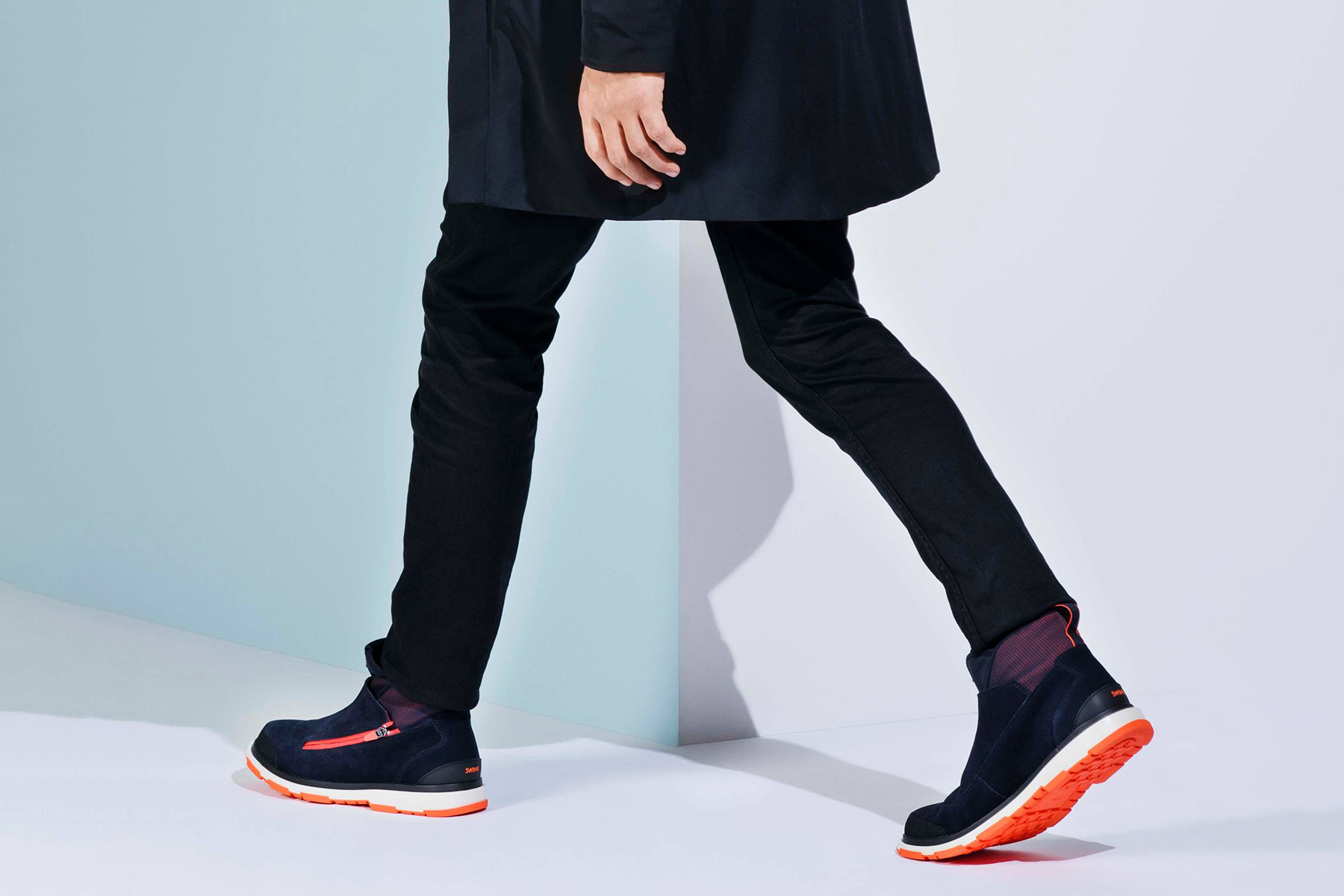 As they became available around the world, SWIMS has stayed true to their DNA: creating weather-proof items that are both functional and stylish. They launched their first tennis shoe – the Breeze Sneaker – made from a machine-washable mesh fabric, that is versatile to be worn in almost any setting. “We’re always thinking about being near the water, whether that be on the coast or when it rains,” Alex explains.

“For us, A big part of how we see sustainability. The more versatile your wardrobe and accessories are, the less you have to buy. A shoe that can be worn both in the city, to the gym, and out in the rain, while staying in good shape? That’s definitely a benefit for those of us who live busy lives!”

Being one of the largest Norwegian fashion brands, Alex also sees this outlook as fundamentally Norwegian, and moreover Scandinavian. “People are very concerned with the weather in this region, because it can really impact your day, and you need to be able to prepare ahead of time. No one in Norway is going to get into a taxi just because it starts raining. So instead, you need to have the kinds of clothing and shoes that can handle quick weather changes. But of course, we also like clean, minimalist style. We’ve got to have both! That’s what SWIMS offers,” he says.

In addition to shoes, SWIMS has added a number of other clothing items to their repetoire, including apparel, outwear, and accessories. All items have an element of weather-proofing to them, from the light rain jacket to the water-resistant attaché case. 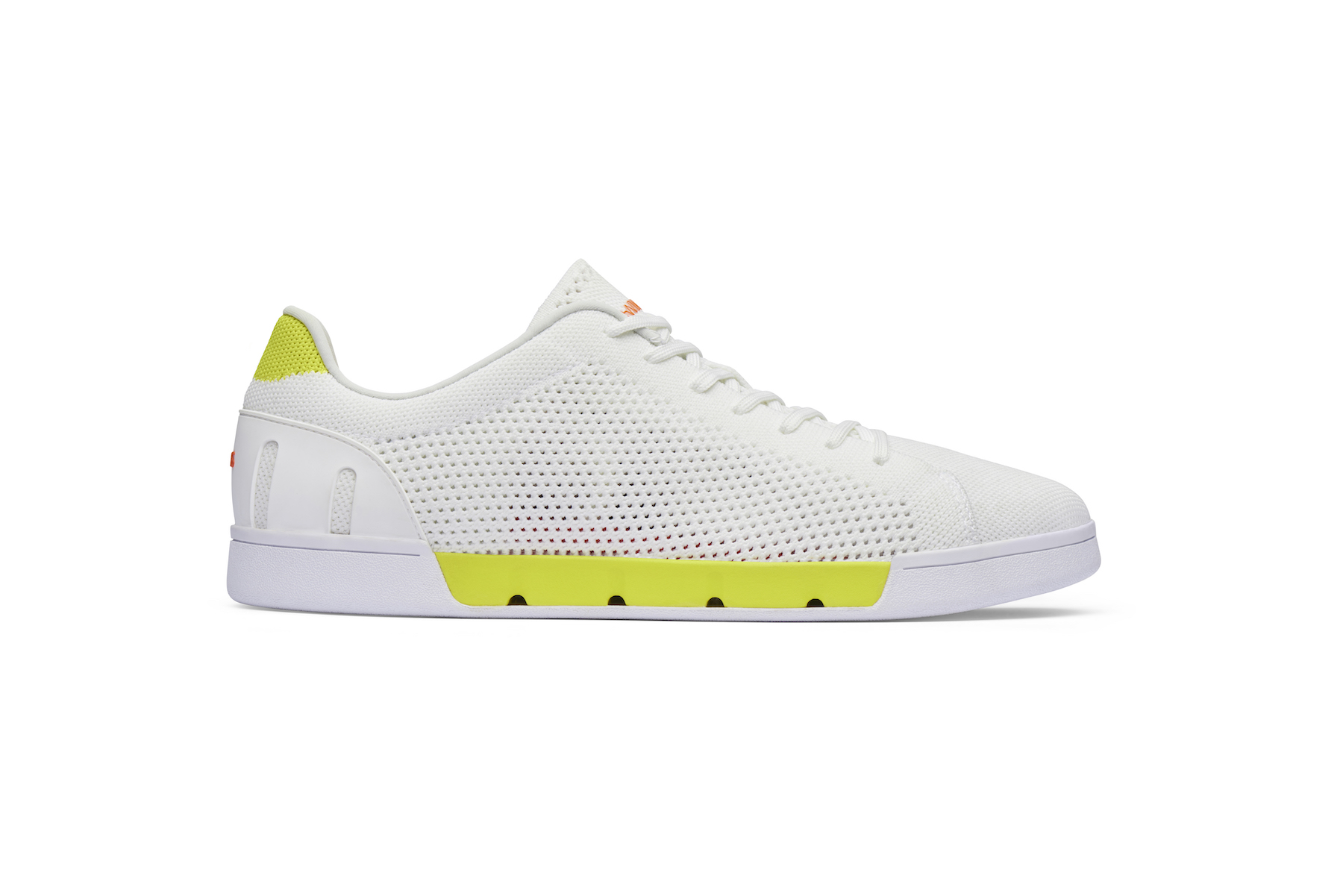 Their next step? Tackling the most Norwegian weather of all: winter! Constantly looking for the most up-to-date in technical fabrics, SWIMS has been experimenting with wool to create the perfect winter shoe. “We’re keeping layering in mind as we explore this new avenue,” Alex explains. “Temperatures in the Scandinavian region fluctuate quite a lot – even over the course of one day – so we’re working with that knowledge as we approach winter gear.”

SWIMS is one of those brands that’s easy to love because they simply do what they say: they make high-quality, weather-proof items that make life easier, without compromising on style or silhouette. Alex recounts the popular Scandinavian adage, “there’s no bad weather, only bad clothing.” If that’s true (and we think it is), SWIMS is making decidedly good clothing.

Find out more about SWIMS.