Due to the ongoing civil war that began in 2011, there are currently 11 million displaced Syrian people; that is nearly half of Syria’s population (23 million). 7.6 million of these are internally displaced, meaning they are still in Syria. The rest have fled and are largely in Turkey (who have taken in 1.9 million refugees), Jordan, Lebanon and Iraq.

A proportionally small but significant number have made their way to Europe, usually making a dangerous crossing over the Mediterranean Ocean from Turkey to Greece. Estimates put the number of refugees in Europe at 160,000.

In Scandinavia, Sweden has brought in the largest number of refugees, with 64,000 asylum requests this year alone and currently about 30,000 Syrian refugees in the country. Denmark has accepted 9,300 applications out of the 11,300 it has received this year. Norway has allowed 1,000, while Iceland has a quota of 50. The number of Syrians who have fled the war has increased by 40% this year and the European Union is now in the midst of negotiating what this means in terms of quotas and requirements for each country.

While it’s easy to get caught up in numbers, we need to focus on the needs of these people who have fought so hard to find a better life in the face of war. Those traveling both alone and in families have endured massive upheaval. The United Nations notes that about half of all refugees are under the age of 18.

How can you help? There are many ways to get involved:

Thanks to great information distribution, the Red Cross (Røde Kors) has received more clothes and physical goods than it can currently distribute. Note that clothing donations are actually not sent overseas; instead, they are distributed to asylum centres. Physical goods such as clothes and hygiene products are purchased in-country, so sending money is your best option. Every bit helps. Please note that these links are in Danish.

Find out how & where to DONATE CLOTHES OR PHYSICAL GOODS.

If you’re in Denmark and have three free hours on Sunday, 4th October, you can be part of the massive collection effort by The Danish Red Cross. Sign up, receive your collection container and your route and you’ll be on your way. We encourage everyone who can to sign up! READ MORE AND SIGN UP HERE (click on “Bliv Indsamler”).

Because the Red Cross has had a massive influx of physical goods donation, they are in need of people to help organize these goods. This means separating items into boxes and getting them prepped for shipment/distribution, as well as other tasks such as working in their “Genbrug” stores. VOLUNTEER HERE.

Part of being able to help is knowing what’s going on. Here are some news sources in English we recommend for what’s happening both in Scandinavia and internationally:

On social media, the Instagram hashtag #GreetingsFromDenmark is being used to show support and compassion in welcoming refugees into the country, despite the current government’s move to stem the influx. 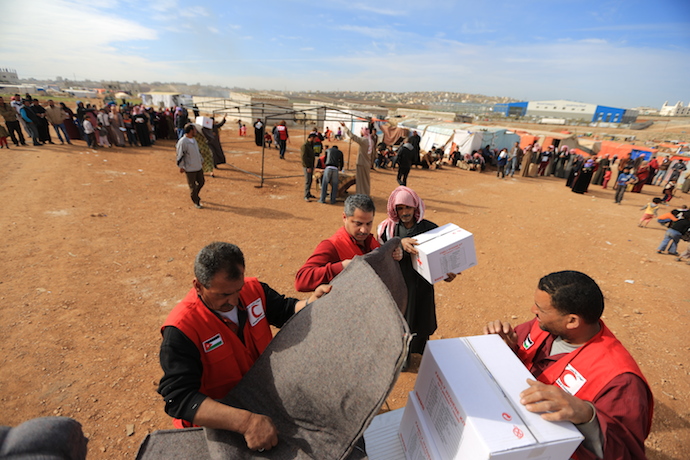 If you have other organisations, donation links or information you think should be on this page, leave a comment or contact us at [email protected]. Thank you!