Swedish abstract artist Hilma af Klint combined abstraction with spiritualism to create a unique artistic style that pre-dates other abstract modernist painters such as Wassily Kandinsky. Until recently, she had largely been ignored as one of the original abstract artists in favor of her male counterparts, but a recent retrospective at the Guggeheim in New York City has brought her incredbible, colorful work back into the spotlight.

The Guggeheim’s show runs until April 23rd 2019. Even if you missed it, the interest in her work shows no signs of abating.

Find out about Swedish abstract artist Hilma af Klint and see some of our favorite Himla af Klint paintings:

She was a mystic; spiritualism deeply informed her art. Klint’s interest in spiritualism began at the age of 18 when her young sister died. She became a student of Theosophy and the Anthroposophical Society, visiting the latter’s headquarters in Switzerland on many occasions throughout the 1920s. Her isolation from the rest of the modernist art movement allowed her spiritualism to truly be the defining driver of her work.

She financially supported herself with conventional painting of portraits and landscapes. Though Hilma af Klint actively sought to distance her work from her classical training (more on that below), she gained enough recognition in Sweden to make a living as an artist.

Hilma af Klint was a founder and member of “The Five,” (Den Fem) a group of women artists who were interested in spirutalism and regularly conducted séances. They believed that they received messages from spirits they called “High Masters” and recorded these transmissions in a shared book. Though rumors persist that Hilma af Klint was an isolated or lonely person, that wasn’t the case; The Five were an important part of her social and artistic development. The myth of isolation is not an uncommon one to be attached to unconventional, and particularly artistic, women; see Emily Dickinson as another example. 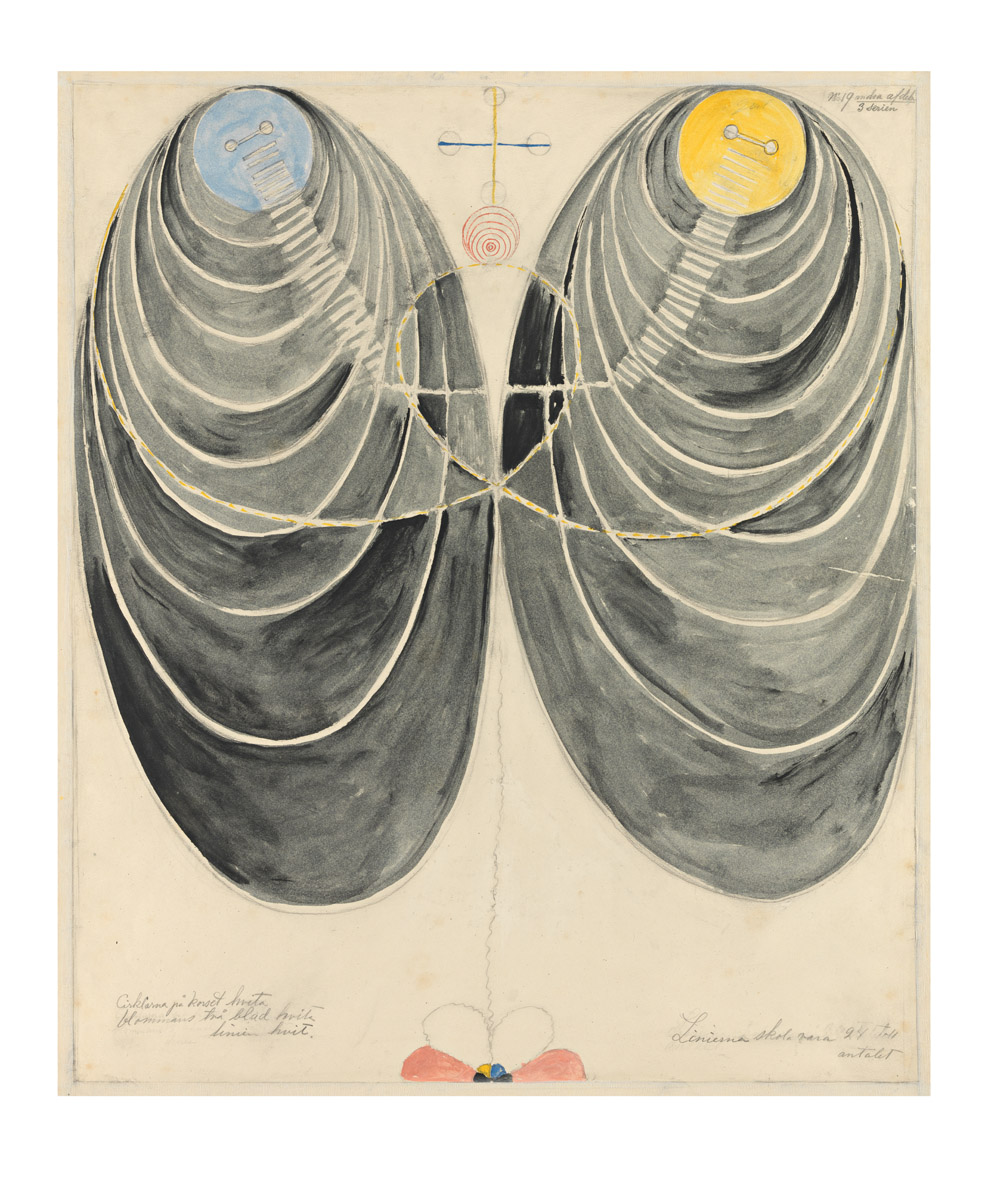 She’s inspired lots of pop culture moments, but only recently has been recognized on a larger scale. Films and music that has been borne from Hilma af Klint’s body of work include Personal Shopper starring Kristen Stewart (highly recommend!) and the album Modern Kosmology by British singer Jane Weaver.

She kept much of her work private until 20 years after her death, believing that the world was not yet ready for them (she was right!). Leaving everything to her nephew, she instructed him not to even open the boxes until the prescribed time had passed. The paintings were finally revealed in the late 1960s. It wasn’t until they were presented by art historian Åke Fant in 1984, then shown in an exhibition in Los Angeles in 1986, that Klint began to gain international recognition.

In 1970, her entire collection was offered to the Moderna Museet as a gift. The museum declined! In a true “I told you so” moment, Hilma af Klint’s prophecy that the world (perhaps more speficially, the art establishment) wasn’t ready for her paintings was proven true when, a mere 26 years after her death, and only six years after her collection was finally released by her estate, Stockholm’s Moderna Museet decided against taking her body of work. What could they have been thinking?

One of her dreams was to build a spiral-shaped temple where she could display her work. Unfortunately this never came to be. In a poetic twist, the spiral staircase of the Guggenheim, where a major retrospective of her work took place in 2018-2019, served as a kind of proxy. 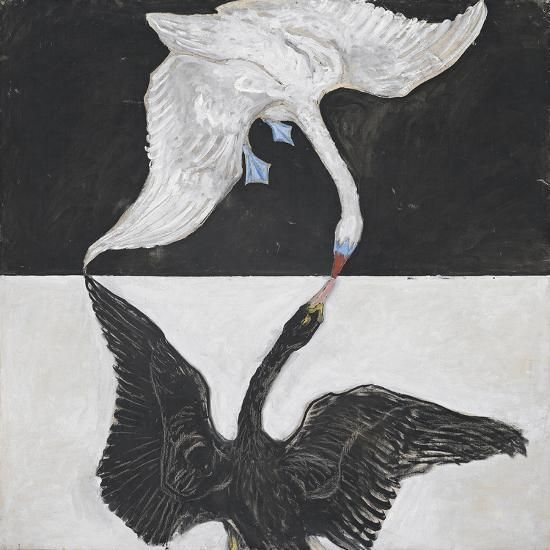 Hilma was a classically trained fine artist, having studied at the Academy of Fine Arts of Stockholm. She studied drawing, portraiture, and landscape painting. Though she earned money this way, she actively sought to unlearn the classical techniques she had acquired, instead developing a technique called “automatic drawing” in which she drew without allowing her consciousness to lead the process. This technique would later be used in the surrealist movement, including Dadaism. As she practiced automatic drawing more and more, she began to create her now iconic abstract pieces; she painted her first abstract series at age 44.

Snøhetta, the Norwegian architecture firm, is currently building an exhibition centre dedicated to Klint just south of Stockholm, in a town called Järna. We hope it assists in continuing to showcase Klint’s legacy and influence in abstract art.