On June 7th, over 15,000 people took to the streets to join in solidarity with Black Lives Matter and protest the murder of George Floyd by four Minneapolis Police. The people marched, they linked arms, they chanted well-known protest slogans from across the pond, and displayed original signs. My personal favorite was: “Hygge-racism isn’t hygge.”

Several years ago, I came to Denmark to seek refuge from an increasingly violent and racist environment in the US. Three years earlier, America had just allowed a young black teenager holding a bag of skittles to be violently murdered with impunity. In the year I left, police had fatally shot 1,000 people and two gunmen had opened fire in a workplace in San Bernandino – just one of 375 mass shootings that year alone.

The constant violence and threat of violence was exhausting, and I couldn’t afford to be exhausted. I was a chef in the middle of an up-and-coming career – I needed space to create, not sleep.

When I found dry land in Copenhagen, I was excited about all of the new sights and culinary adventures waiting to be had. I thought I would build afresh, forgetting all of the restraints I had come to know as commonplace. Black American in Copenhagen didn’t seem to be relegated to an inferior class the way it was in the US. Danish folks seemed to find room for it and even celebrate it.

And if Copenhagen couldn’t make room for the Black culinary experience, at the very least I thought I could work in a kitchen without the misogynist violence I was used to enduring. After all, Denmark was known for its progressiveness, right?

During the June 7th protest, Bwalya Sørensen, the Danish chapter leader of Black Lives Matter and a prominent activist, called Black folks to the front of the march. Rumors circulated that white participants were provided with specific instructions by the protest’s organizers on how they could and could not participate. In response, Danish media blasted Sørensen as being too angry and divisive, with some voices going as far as discrediting the Black Lives Matter movement because of her unapologetic position that Black people should have agency in the struggle for Black rights, labeling her as an identity-politics extremist.

Danish media were quick to jump on the age-old stereotype of “The Angry Black Woman”: a Sapphire caricature dating back to chattel slavery, which was used to portray Black women as unequivocally irrational; an archetype used to discredit, dismiss and systematically ignore Black women’s struggles and demands.

By questioning Sørensen’s legitimate anger, Danes choose not to examine their own white fragility – an empirically tested and measured frame of mind, exhibited by white people to reproduce themselves as innocent; to protect, prioritize, and insulate white people’s feelings over the actual lives of BIPOC.

Denmark yells from its rooftops that it wants solidarity and equality for all, often touting its firsts – LGBQTIA and women’s rights – as evidence. It is quick to condemn and acknowledge the murder of Black folks by police in the US as ostensibly racist to maintain its non-racist image. However, it refuses to remove its hands from white supremacy’s pocket.

As my friend and Ph.D candidate Daniela Jorge Ayoub so eloquently explains: “The Danish State uses these opportunities to exercise a diplomatic flex in rhetorical support of an abstract concept of equality, but through a diluted, apolitical narrative that in the same breath exudes racist and xenophobic policies to win over elections and further the exclusivity of participation in Danish society.”

Denmark is no more post-racial than it is a tropical country. As quickly as I learned how to pronounce rødgrød med fløde I was staving off hygge-racism. I found myself asking non-black Danes not to call me the n-word, much less say it; I found myself denying Danish men who wanted to “try a mixed girl” as if we were for consumption; I stood ready to throw hands with Danish Karens who felt the need to police my tone, touch me and my hair without permission, infantilize or chide me; and I constantly found myself demanding that doctors take my pain seriously without attaching some stereotype to my ailments.

Danish businesses wouldn’t demand that I work overtime or deny me a bank loan because I am a Black American, but I constantly felt the microaggressions of being a “lucky one”: a coveted Black American with all of the cool, correct education, and just the right amount of melanin that folks in Denmark loved.

Denmark was the first nation to abolish transatlantic slavery, but not because Danish society was in solidarity with the equal rights and treatment of African people. The grizzly truth, as reported by Inor Dale for Kristeligt Dagblad, is that “the slave trade itself was a deficit business. It was sugar that provided the profits.”

In other words, the profit margins of transatlantic slavery were thin, and maintaining Danish colonies was lucrative. It is easy to pass off Denmark’s disassociation with transatlantic slavery as benevolence and goodwill in an attempt to extricate Danes from racist atrocities. However, it seems as though Denmark’s real solidarity lied in its attachment to white supremacy, as the welfare of Black people was of little concern to them. Their main concern was establishing colonial rule and wealth at the expense of Black lives. This is evidenced by the fact that its involvement with slavery in the US Virgin Islands only ended 100 years ago.

To date, Denmark has yet to issue an official apology or offer monetary compensation to the US Virgin Islands, even though a large portion of Denmark was built by families who established wealth through means of the transatlantic slavery and sugar plantations. It is quick to monetize the Queen Mary Statue, however, as part of its tourism rhetoric to appear repentant for its wrong-doings and ultimately non-racist. But all the while it sustains a colonial logic in Danish refugee camps, where Black and Brown folks who are not deemed socially viable are hidden away, denied the basic joys of life in an attempt to dehumanize and other them.

Above: ‘I Am Queen Mary’ by Virgin Islands artist La Vaughn Belle and Danish artist Jeannette Ehlers. A monument of a rebel queen challenges Denmark’s forgotten colonial past.

White supremacy isn’t just the Nazis, KKK, and Rasmus Paludan-kooks goofily yelling “White power!” As Ta-Nehisi Coates points out in his article for The Atlantic, white supremacy is about using racism and the benefit it yields to center whiteness in nearly everything that capitalism touches.

It’s why my friend Kevin Sumner, a Black American ex-pat, can’t point out that a Danish dessert’s name is racist without backlash; it’s why applicants with non-white sounding names are less likely to get a call back for an interview, even when they are equally as qualified as applicants with traditional Danish names; it’s why Danes place value on New Nordic Cuisine and fine dining at any price but are offended when an actual shawarma (not one made from celery root) is more than 90DKK; it’s why Danes are comfortable referring to working-class neighborhoods filled with immigrants as “ghettos” – a classification of public housing zones used to stigmatize non-ethnic Danes and a term the state utilizes to refer to non-white Danes – without ever questioning the government’s role in state-sanctioned segregation, criminalization, and sustained poverty of said neighborhoods.

Denmark has consistently prioritized and centered whiteness as the litmus test for civility, and Jante Law has cradled white fragility. It has consistently demanded that Black and Brown people find contentment and sit politely in the confines of white supremacy.

It demands gratitude for permission to participate in a premise designed to kill, maim, and exhaust them. Danes gaslight Black women who call them out on it. They deport immigrants who dare to imagine a life where Danish culture isn’t centered. They reinforce imagery and identity that is so fragile that it is constantly in need of production and reproduction through exclusion. They penalize people in historically Black and Brown neighborhoods with doubled sentences, while giving a slap on the wrist to those that commit the same crimes, but reside in more affluent communities. They separate families, an inheritance of Danish colonial practices in Greenland, by requiring the integration of children of those living in Danish ghettos that are dependent on state assistance through mandatory daycare.

Denmark performs the aesthetics of solidarity through the Black American culture that offers Denmark social and monetary capital; the ethnic food that showcases its privilege of laissez-faire mobility; the quenching of sexual desires by those they deem exotic, but it refuses to do the actual work of acknowledging its own historical and contemporary systemic racism. It refuses to examine or wrestle with its whiteness. As my folks back home say: “They want our Rhythm, but not our Blues,” and they only want our rhythm because it laces their pockets and reaffirms their whiteness.

Instead of asking why Black folks should lead a movement about them, Denmark would do well to ask: what is it about Black people being asked to lead their movement that angers us so much?

As the travel blogger and my friend Phil Calvert brilliantly noted: “We would never be upset if women were called to lead or march in the front of a women’s movement. We would be quick to tell Jens or Anders to sit their asses all the way down if they made themselves the speakers at a #MeToo rally. ‘Mansplainers!’, we would chide.”

What was evident in the backlash over Sørensen’s insistence on the visibility of Black agency is that to white Danes and Danish media, Black people only seem to serve as the object of the protest rather than the lives that are sacrificed and disposable on behalf of Danish identity. Could it be that having Black people leading their own movement challenges white people’s maintenance of racial hierarchy? Could it be that asking Black people to lead their own movement pulls back the curtain on Denmark’s affair with white supremacy in real-time?

If Denmark wants real solidarity, it must divest from its systemic and personal ties to white supremacy. It must do its part to dismantle a system from which white Danes have always benefited at the expense of BIPOC.

As the brilliant writer Toni Morrison once stated, the question to white people remains: “If you can only be tall, because someone else is on their knees, then you have a serious problem. And White people have a very, very serious problem.” 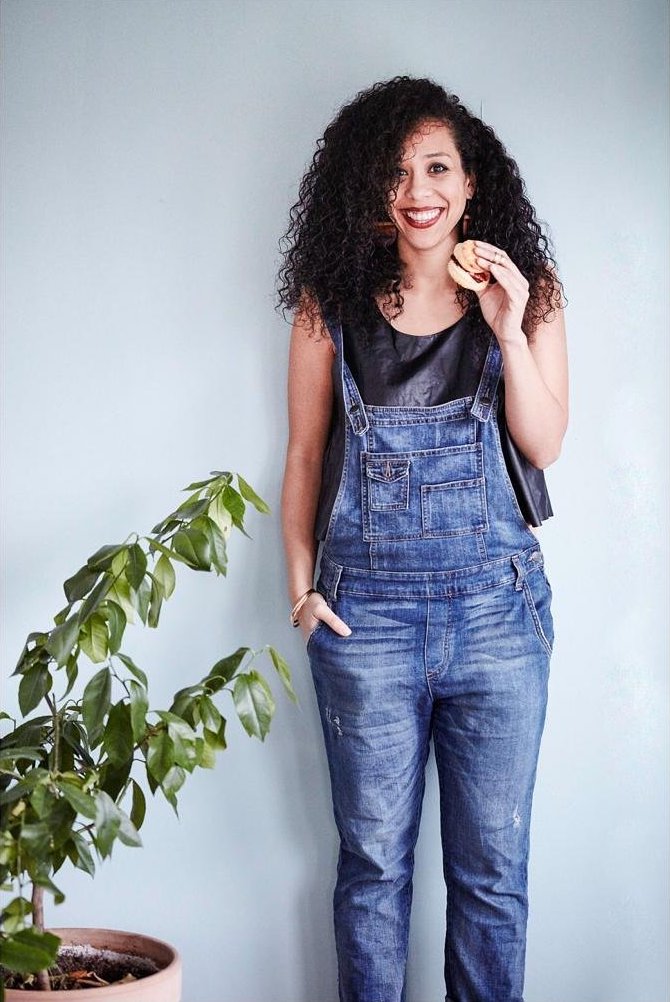