Located in Aarhus, Denmark’s second biggest city, The Clothing Club (also known as TCC or The Club) is a community who shares a curated collection of clothing. It is basically a subscription library, where people borrow clothes instead of books.

Here’s how it works: you choose a selection items you want to bring home and keep them for a month. Switching the items within the month is allowed. Of course, the pieces need to be cleaned before returning. All clothes come from donation or are loaned to The Club for a period of time. The goal is simple: share more, buy less. It’s better for the environment and a more responsible way to consume fashion.

The Clothing Club founder Saskia Kjellström grew up in Stockholm, completely enchanted by the magic of fashion. Yet, she has always felt conflicted about her passion due to its polluting nature. The now 29-year-old half-Italian, half-Swedish designer says that her family, who has always been politically active, influenced her worldview. Other than The Club, Saskia is also involved with Midtbyklubben UngiAarhus where she holds workshops for children about up-cycling and how to get creative with abandoned clothing.

Read our interview with founder of The Clothing Club. We chatted about the importance of sustainability, changing fashion habits, and having fun while doing it:

When and why did you move to Aarhus?

I moved to Aarhus for the first time 2013 because I was blown away by the program of Kaospilot, a business and design school focusing on leadership and entrepreneurship. At the time, I had just started a fashion lingerie brand. But after six months of school and juggling my company, I had to take a break because it was all too much! But I came back to Aarhus in 2015 to continue my education. The Clothing Club was actually my final year project at Kaospilot. I graduated in 2018.

Which came first for you: sustainability or fashion?

I think they’re both things that have always been part of me. Since I was a kid, I’ve defined my years in clothing. I remember when I got my first glitter shoes, for example. I just love clothes! I was even sewing dresses for my barbies.
I’ve also always loved colourful clothing. Maybe that comes from my Italian heritage.

At the same time, Sweden is a very political country, and I come from a very political family. So, being “aware” has always been a privilege that I’m lucky to have. As a kid, I was taught to be kind to the world, to not throw stuff out on the street, not to be mean to animals. I’ve been vegetarian since I was 10. Sustainability and fashion have always been two things that have clashed for me. I thought that was sad that the things that I love didn’t go together.

So, you founded The Clothing Club!

Yes, I felt so bad about how the fashion industry works, but at the same time fashion is something I’m very passionate about. After getting all these skills from Kaospilot, I thought I could actually do something about the industry, at least on a local level, instead of leaving it behind.

What do you think are the biggest challenges in changing fashion-consuming habits?

I think we all live in our own bubbles and we’re so unaware of how clothing is made. The craft behind it, the resources that are used to produce and, of course, the people who are making the clothes. But to be fair, these are not often openly advertised. At the heart of it, I think people don’t want to be mean. They want to do the right thing. But it’s bigger than that: it’s the system, both the industry and capitalism itself.

And since people live in this bubble, they also know that when they start to learning things about fashion, they have to think about all the other industries, too. It’s very comfortable to be in the bubble and I think that’s why people are hesitant to change their habits. 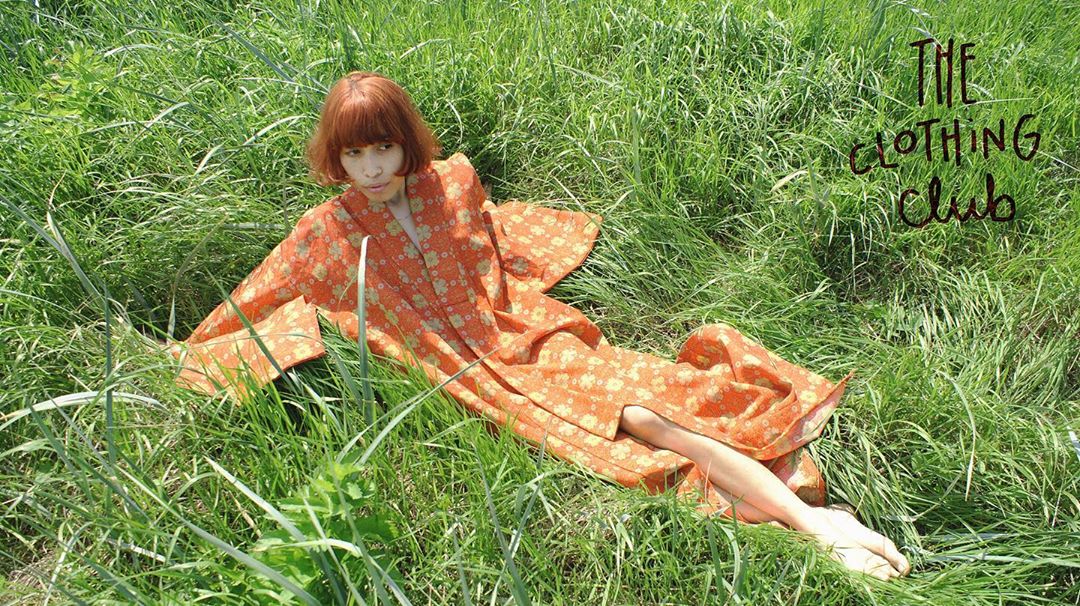 So, do you think getting out of this bubble would be difficult in a moral sense? Or is it a question of practicality?

Maybe a mix of both. For example, in a second-hand shop, although prices are as low as, if not lower than, fast fashion stores, you have to take the time to find something you like. You can’t ask for different sizes or look for a specific new item you want.

I think, especially in Scandinavia, it’s really common to dress the same way as people in your group, so you want certain items. There’s this really strong cultural force to have on-trend items. Or maybe that’s fashion in general? Either way, you have to buy new all the time. And when you can’t afford the expensive designs, you turn to fast fashion.

How is The Clothing Club different from a second-hand shop?

The Clothing Club gives people an opportunity to try stuff out. You don’t have that pressure of regretting a purchase, of buying once and never wearing it again. At The Club you can borrow different kinds of clothes to figure out your style. I’m hoping that people get more inspired with their fashion choices.

The Club wants to give access to all of this fun clothing and for people to experience the joy of dressing up. We want to encourage you to change your perspective on buying and owning things. If you do decide to buy, make sure it’s something that will be used a lot and comes from a brand that is transparent about their production. 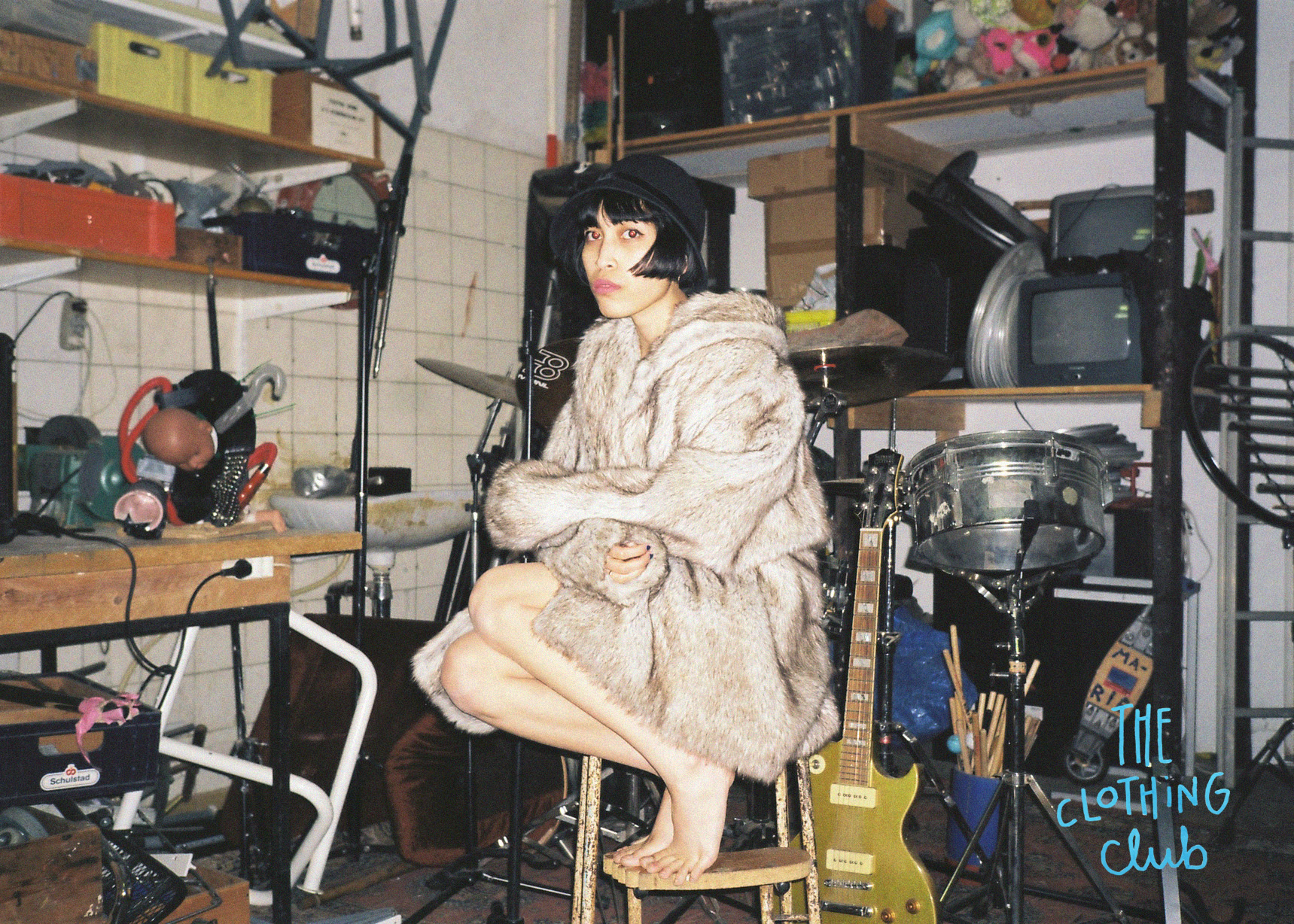 Tell me more about The Club’s style.

I have a strong belief that when we see people wearing more colorful clothing, we get happy. Most of our pieces are colorful and one-of-a-kind. The goal is for people to get creative and have fun in getting dressed.

We do get more donations of feminine clothes but everyone can dress fluidly at The Club. I want fashion to be fun. During Scandinavian winter, everyone wears a black jacket for example. I feel that you need some courage to stand out in Scandinavia. I mean, seamlessly blending in is part of the culture. We have this Jante law in Nordic countries – doing things out of the ordinary is not encouraged. There’s this emphasis on being part of the collective, which is great for certain things. But maybe this affects people’s wardrobes too.

How has the response in Aarhus been?

I’ve been very positively surprised! Especially by how many people have joined The Club and how the media has been interested. I’ve also been so surprised that there are a lot of members who don’t necessarily dress in a colorful or playful way in their daily lives, but who are very aware of sustainability. We do also have pieces that are more subtle and casual.

What are your long terms goals for The Club?

I want TCC to be a strong community. It’s called a club for a reason. People hang out here, people get jobs through each other, go to parties they might not have known about. It has given people more friendships in Aarhus. I think that the sense of community is key. I would like that to continue.

It’s important that the space to be used to learn more about fashion sustainability. I want to make more events. I want it to grow bigger so that it doesn’t become exclusive; that’s not the point. Everyone is welcome. It would be epic if everyone could get their clothes from The Club. I want it to be the ideal fashion industry in a mini universe.

I also want people to understand the craft behind clothing. I think it would make people buy less if they understood how much time it takes to make something. I do understand it’s hard for a young person to buy high quality, sustainably-made clothing. Who can afford that? That’s why fast fashion is so attractive. But if you’re a club member, we can start investing together in higher quality, sustainably-made clothing to share for everyone. I want people to start thinking more in these terms: fashion can be about sharing.

What are three words to describe The Clothing Club?