Editor-in-Chief of Scandinavia Standard Rebecca and her husband, Sustainability Manager Rasmus, have been in their apartment in the north west of Copenhagen for two years. At 54 square meters and one bedroom, it’s a fairly small place but, as Rebecca points out, “the light is amazing. We were sold on the apartment when we saw how the light came into the living room. It makes it feel a lot bigger but also very homey. And with just the two of us, one bedroom was all we needed.”

Now that they’re welcoming a third member of the family, Rasmus & Rebecca have had to rethink the set-up at their place. They’ve made a baby corner in their bedroom and put in a lot of extra shelving but otherwise haven’t made many physical changes.

“We’re lucky that our apartment was already pretty minimalist, so we had space to play with,” Rebecca explains. “Even before moving to Copenhagen, I have never liked collecting things. Rasmus is similar. What we both accrue most is books. And maybe, for me, plants.”

Looking around, it’s clear that Rebecca likes living with plants. “I talk to them. I definitely feel connected to my plants. The three orchids in the apartment are each over four years old and I take such joy in the times when they re-bloom.”

As for what bothers them about their apartment, they both agree: “the bathroom. It’s tiny – a real ‘Copenhagen bathroom.’ A separate shower space would be ideal.” Rebecca says, “But I also know this is common for the city and if you want the older, charming buildings like ours, you’re probably going to have to deal with a small bathroom. Unless you put a lot of money into renovation, of course.”

Rasmus’s Danish background and Rebecca’s American/South African roots are both clear in the decor. “My favorite thing in our apartment is our Oslo Lamp,” Rasmus says, referring to the standing lamp in the living room. “I think it’s beautiful.”

This is no Scandi cookie-cutter apartment, and that’s perhaps what I like most about it. It has real personality. When you visit, you enter their own little private universe.

“Rasmus likes the clean lines of Scandinavian design. I’m perhaps even more of a minimalist than he is, but I also like a little pop of color, particularly yellow. I grew up in a home with a lot of both traditional South African art and contemporary artists like David Mbele and Ben Macala. The piece above our couch is Ben Macala. Lately I’ve also been very into ceramics, like the Fiora collection from Kahler and Stine Goya. I love that it’s got a rawness to the pattern, but the shapes are so clean and modern.” [Ed note: See plant holder, vase and bowl below]

Although the pair admit that they’ll likely be moving to a bigger space in the next year to year and a half, they’ll miss this spot. “We’ve made it our home. This is such a great building and neighborhood,” Rasmus says. “I doubt we’ll find light like this again.”

Join us for a tour of their place! 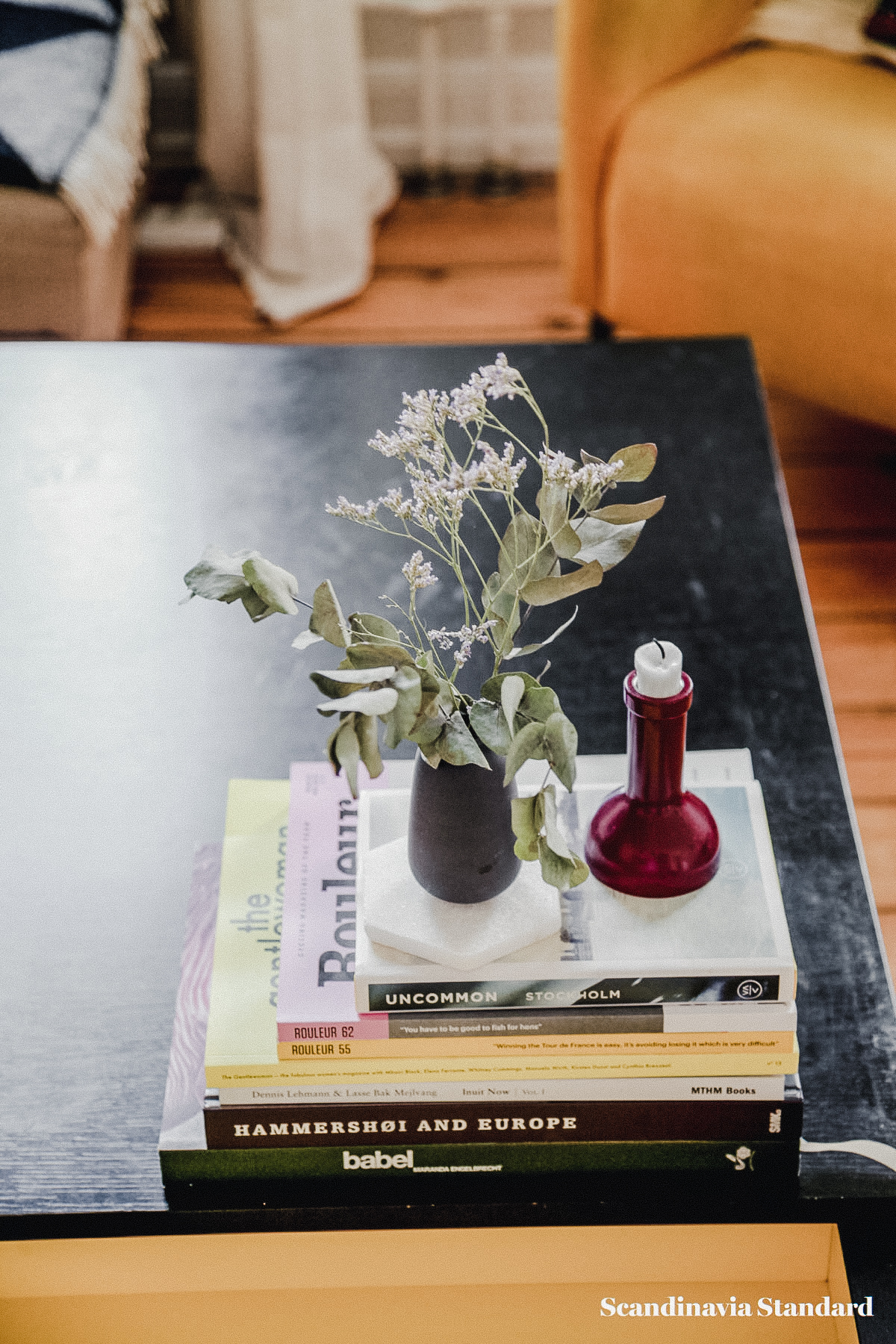 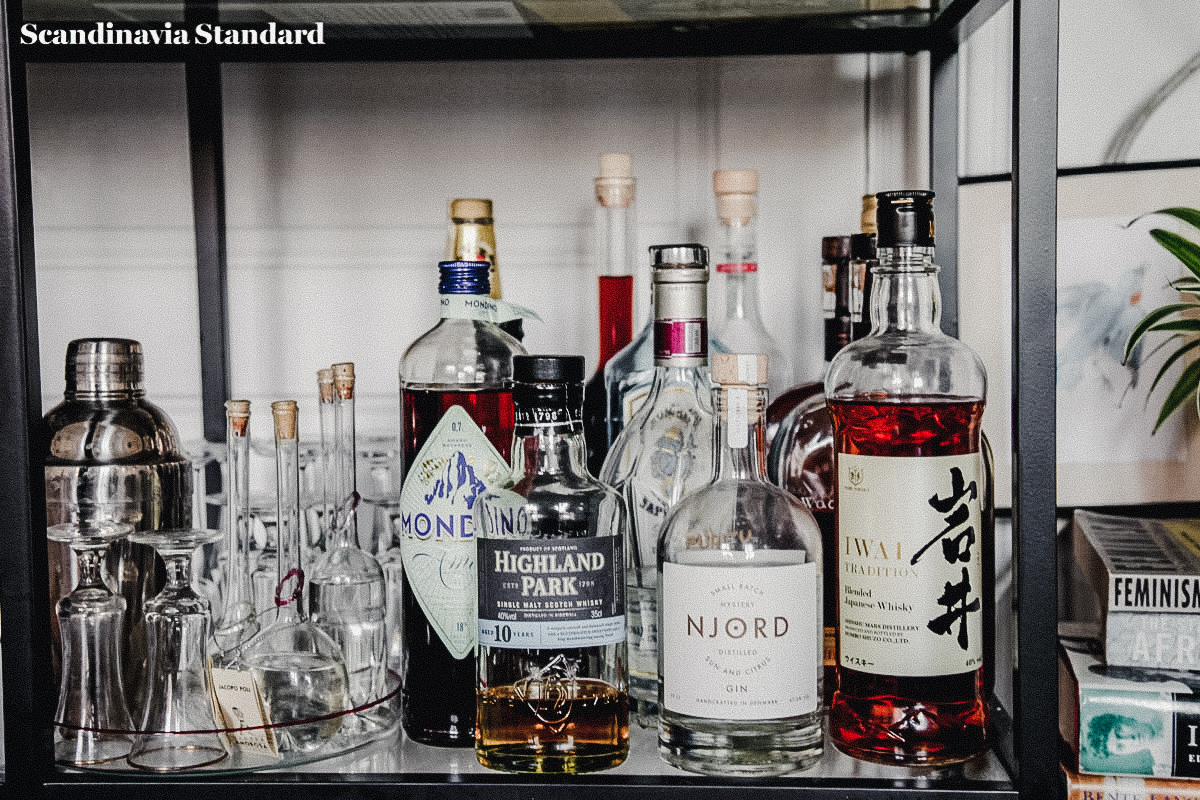 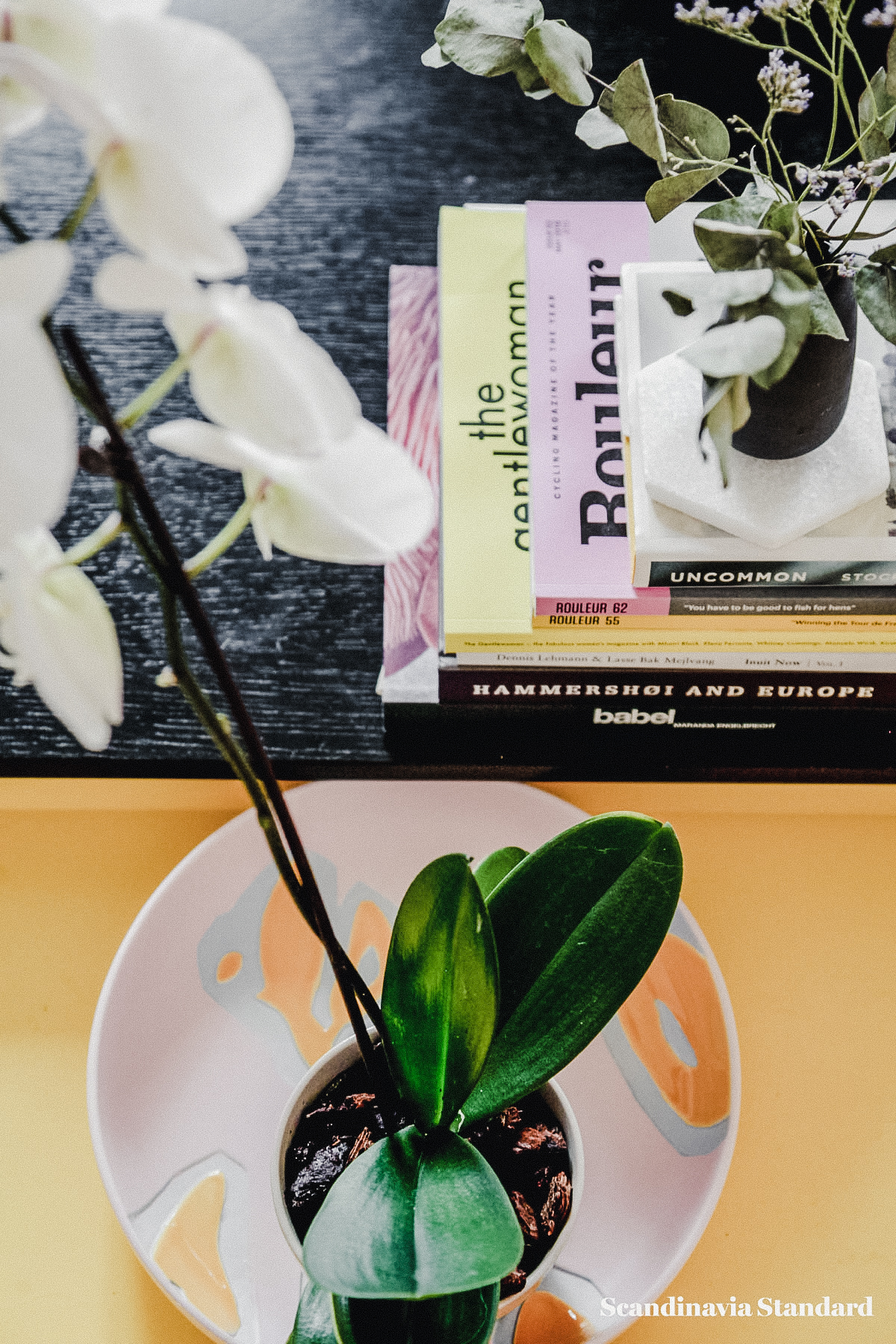 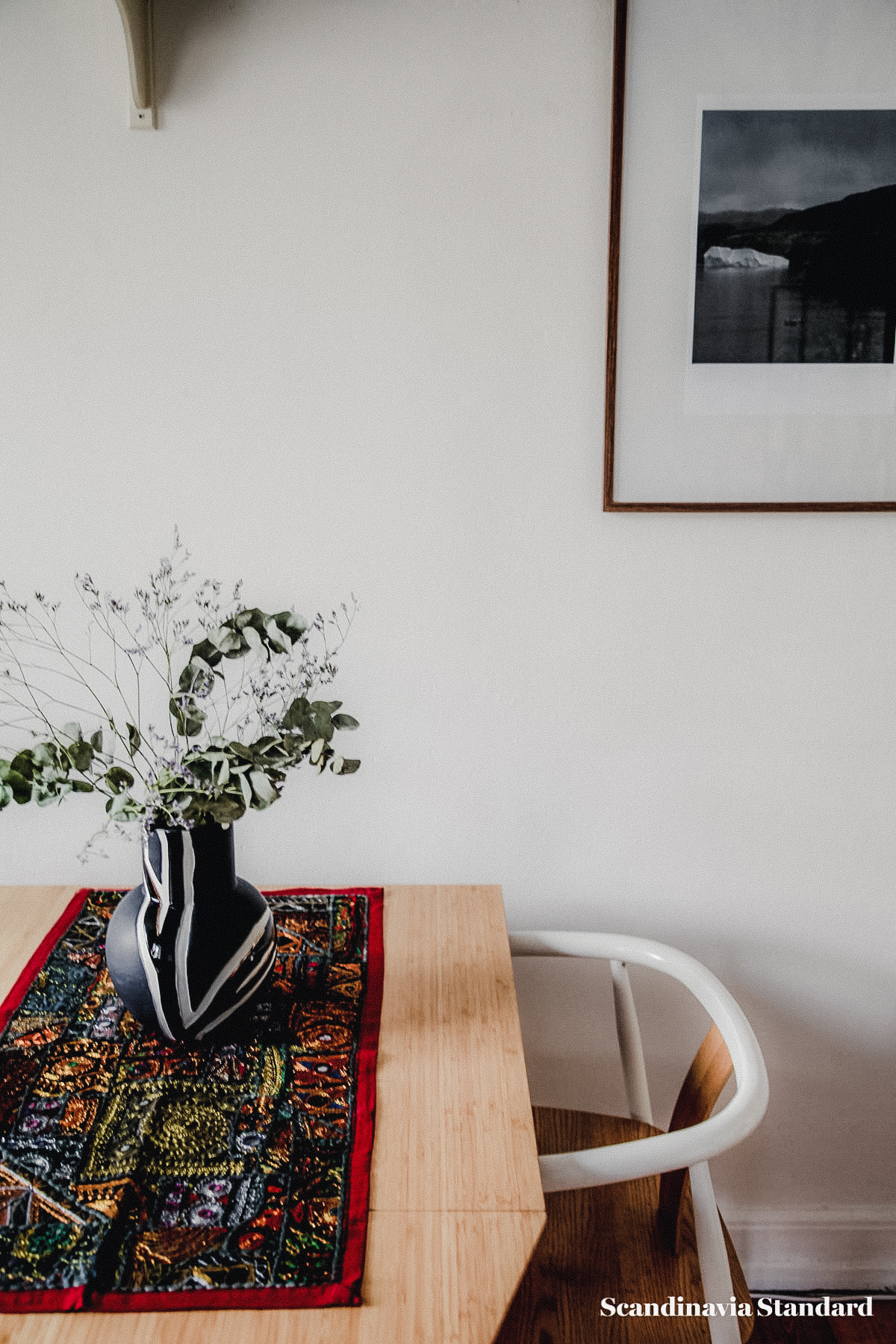 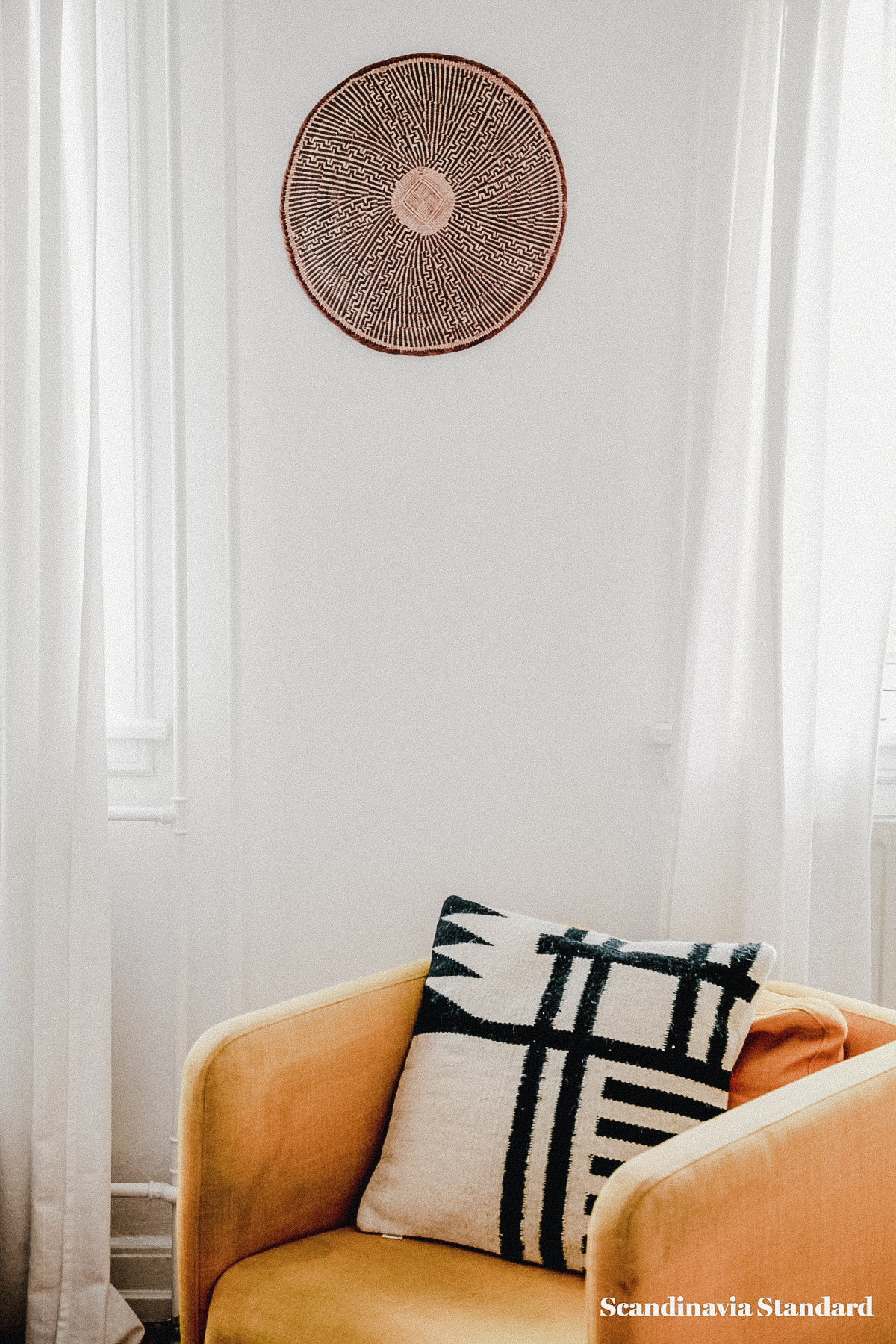 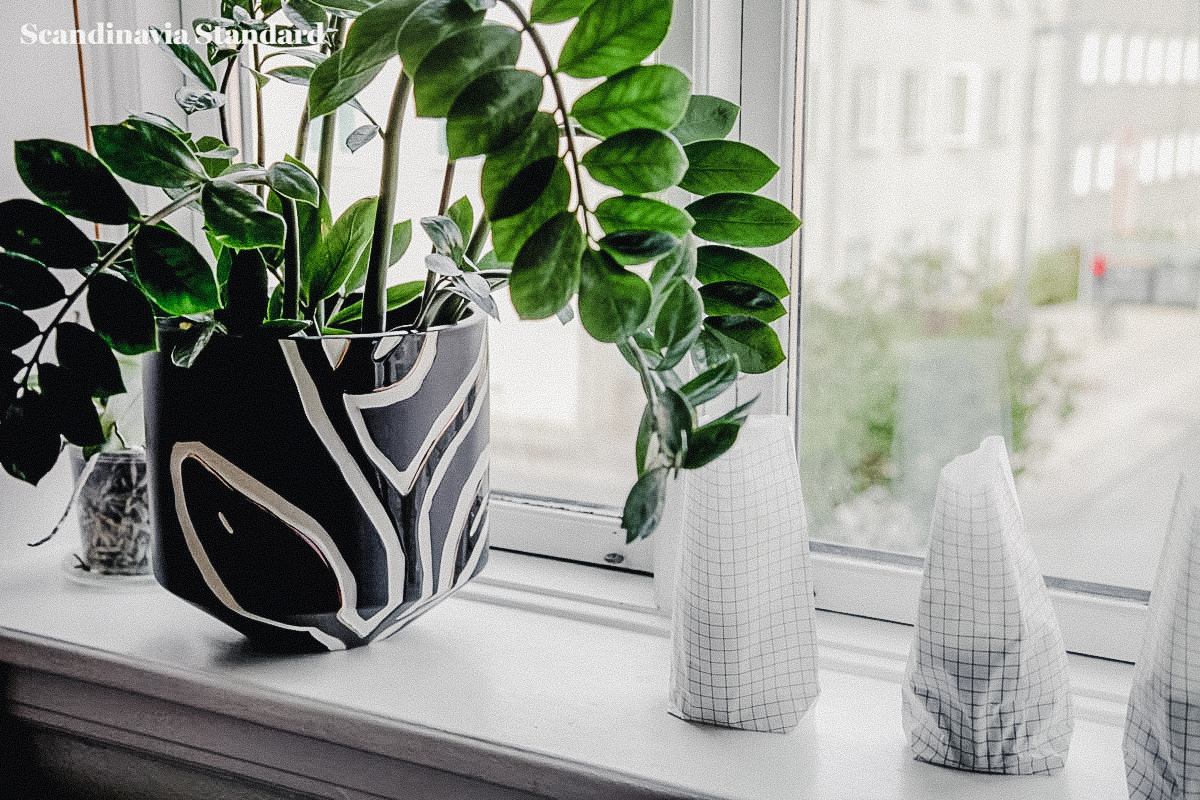 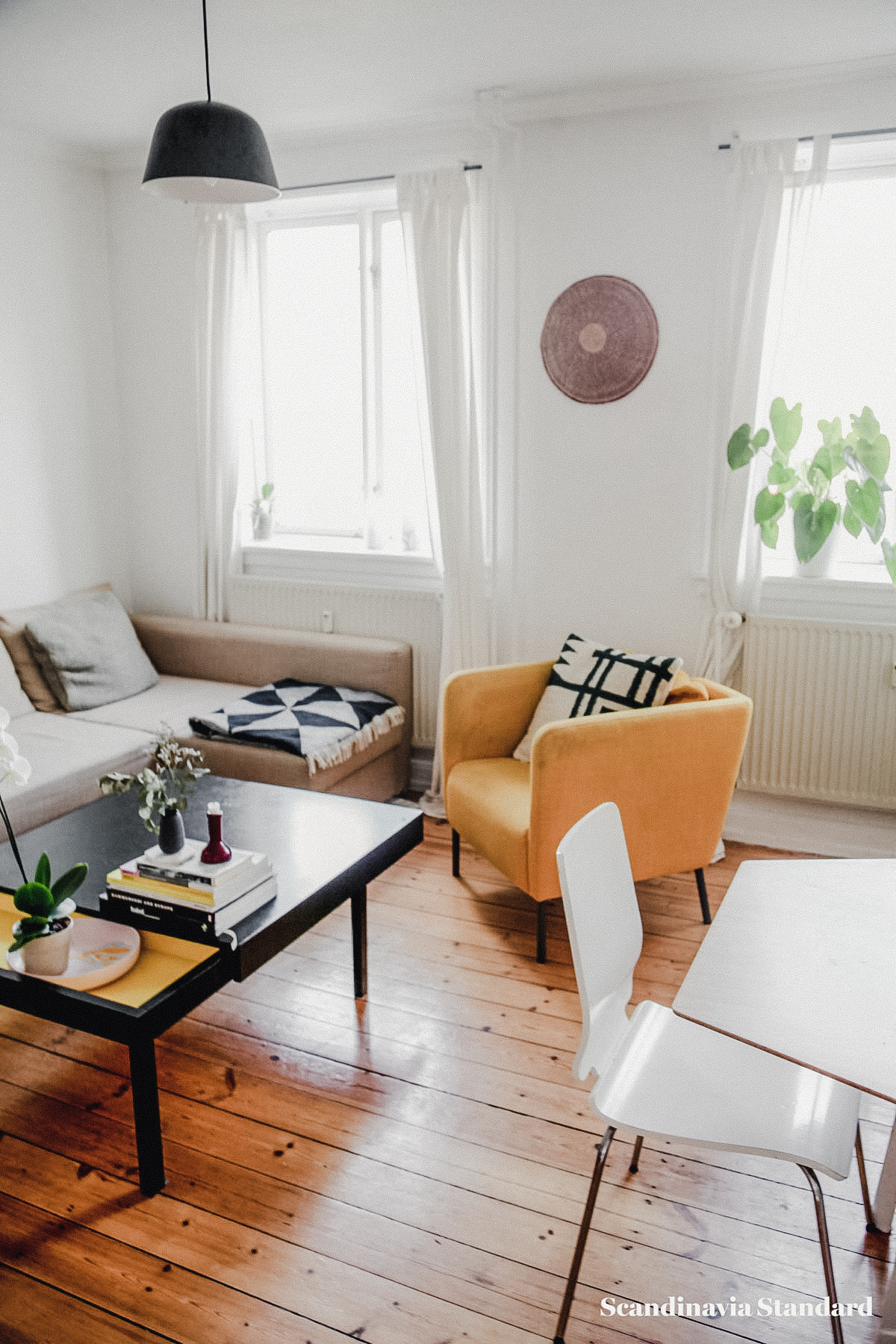 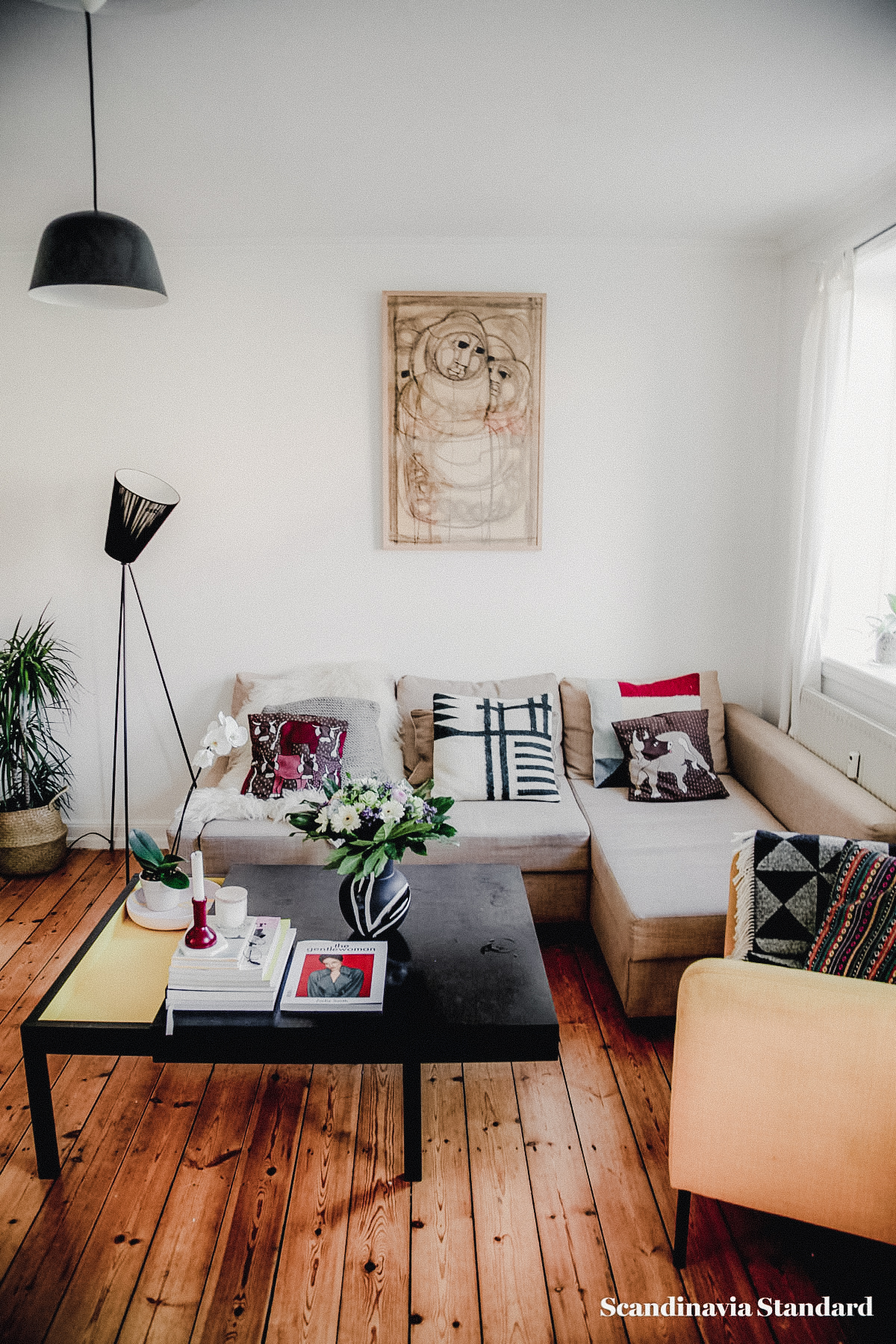 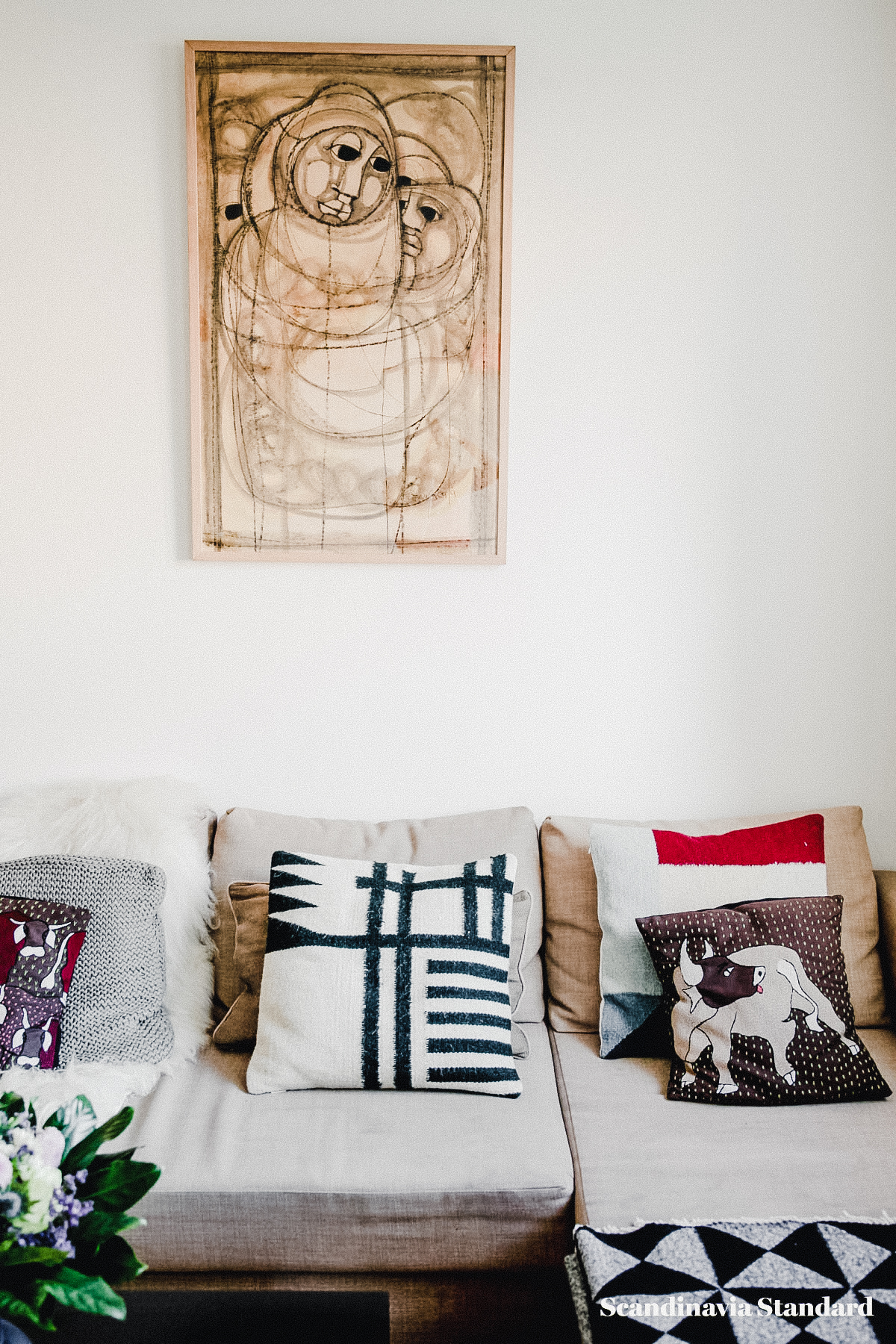 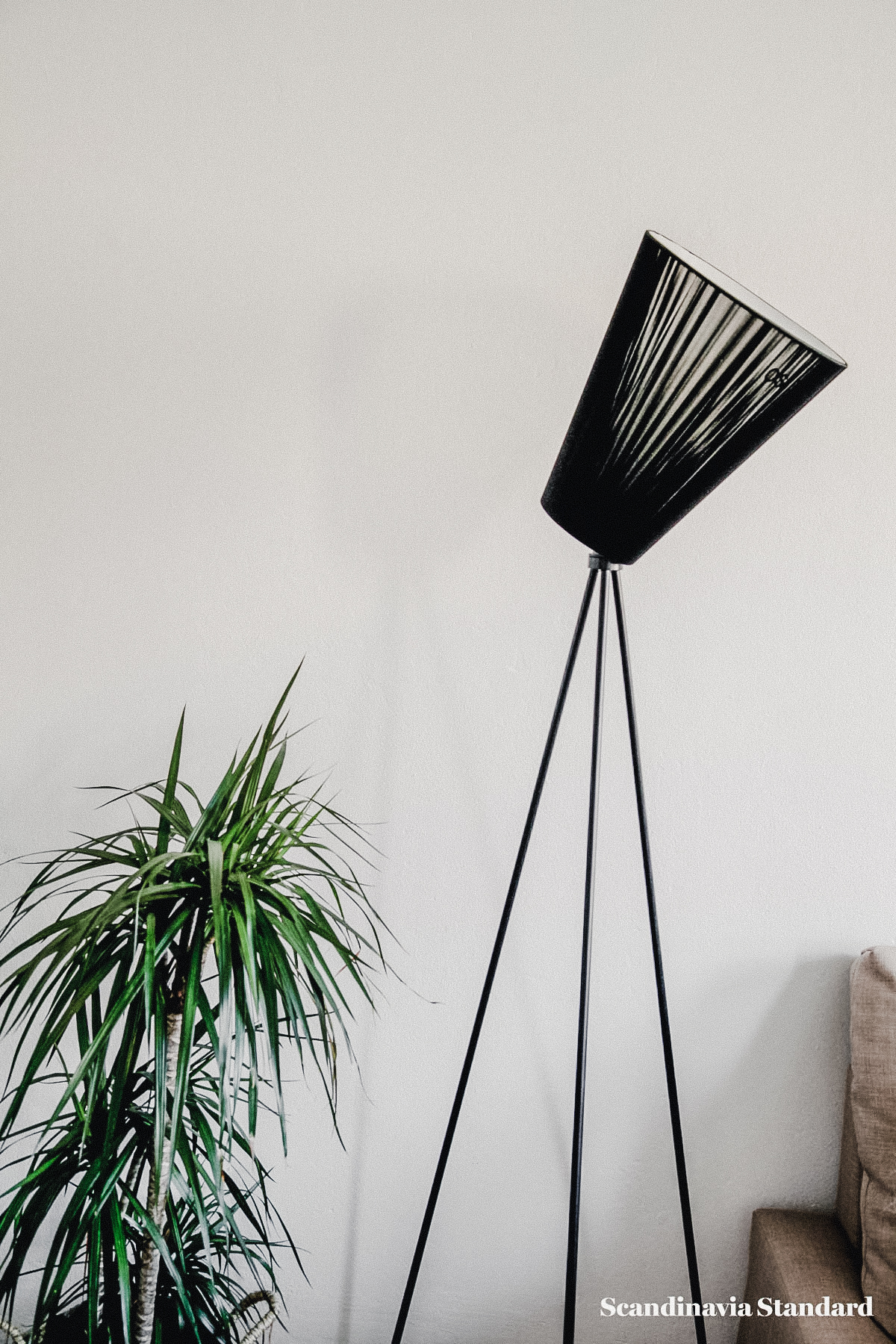 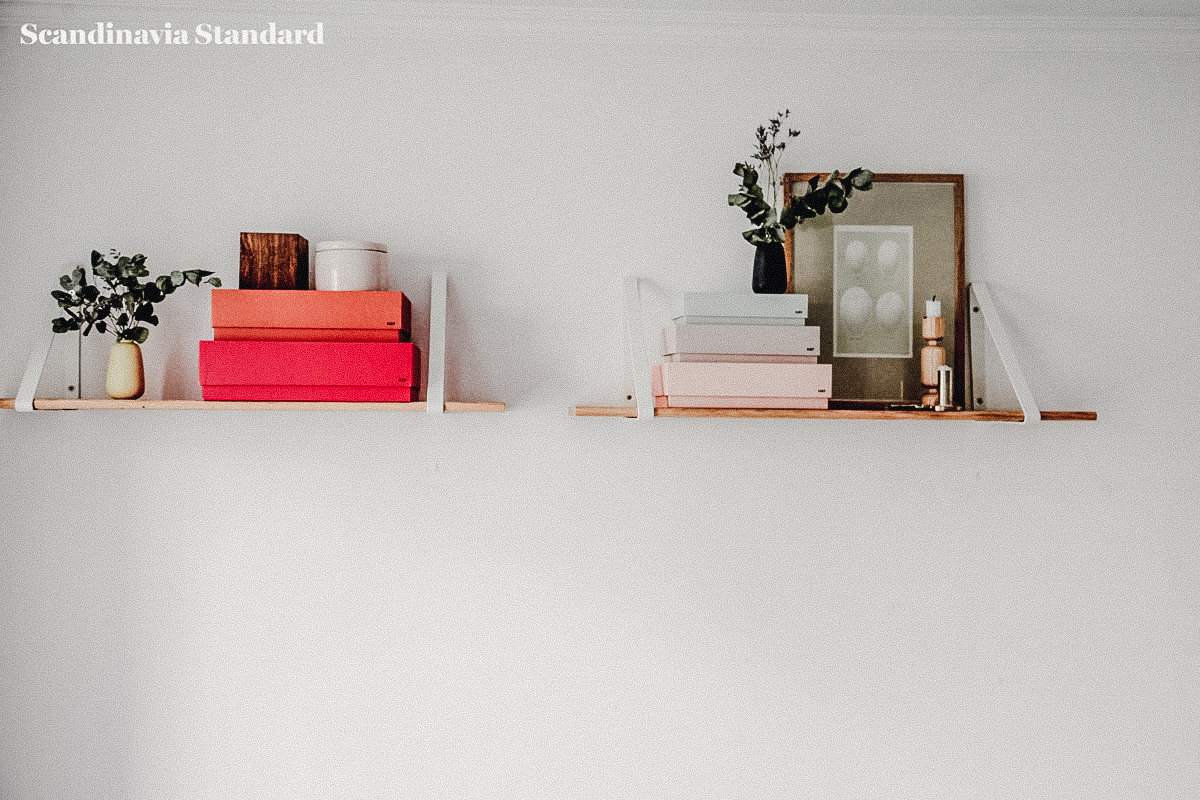 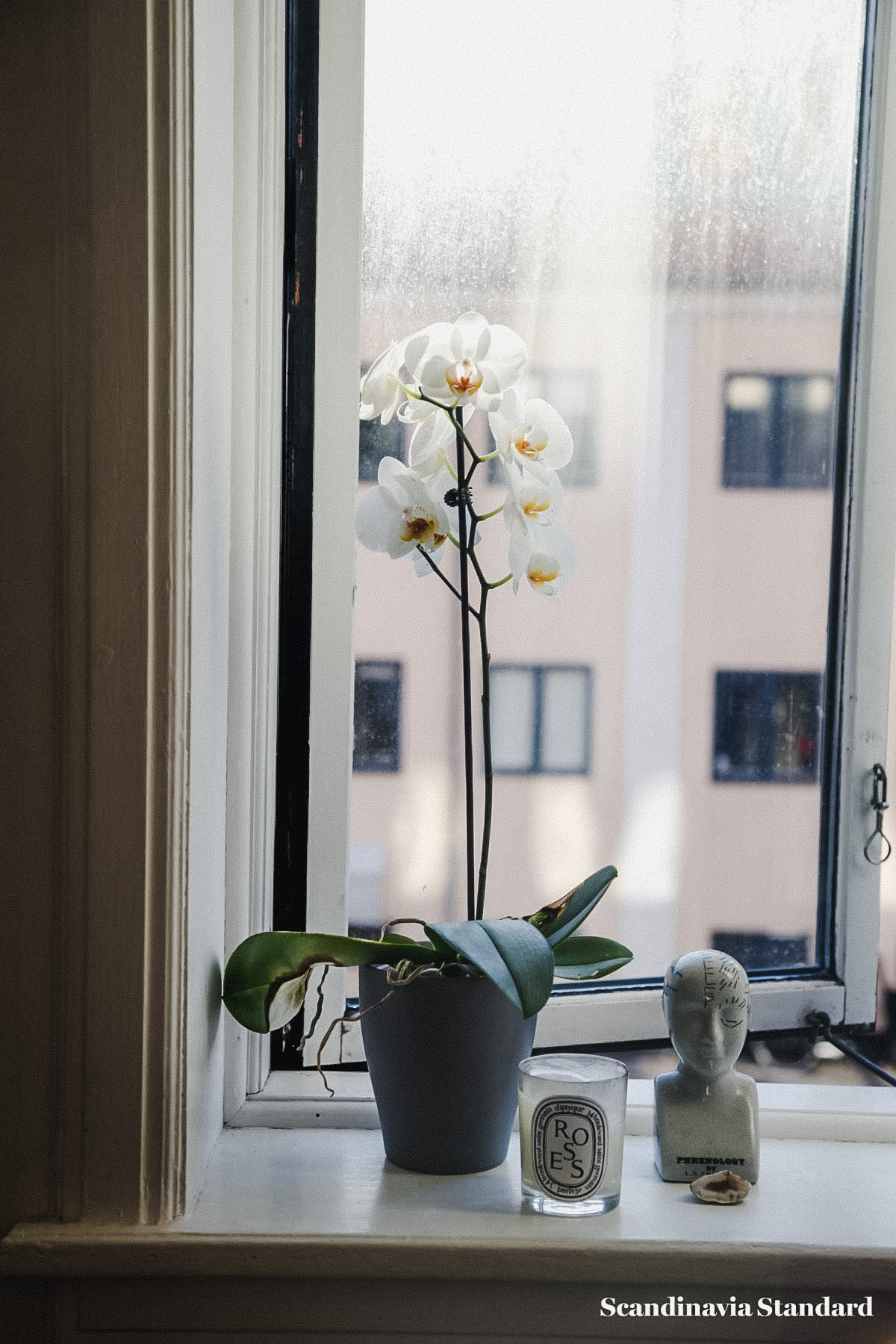 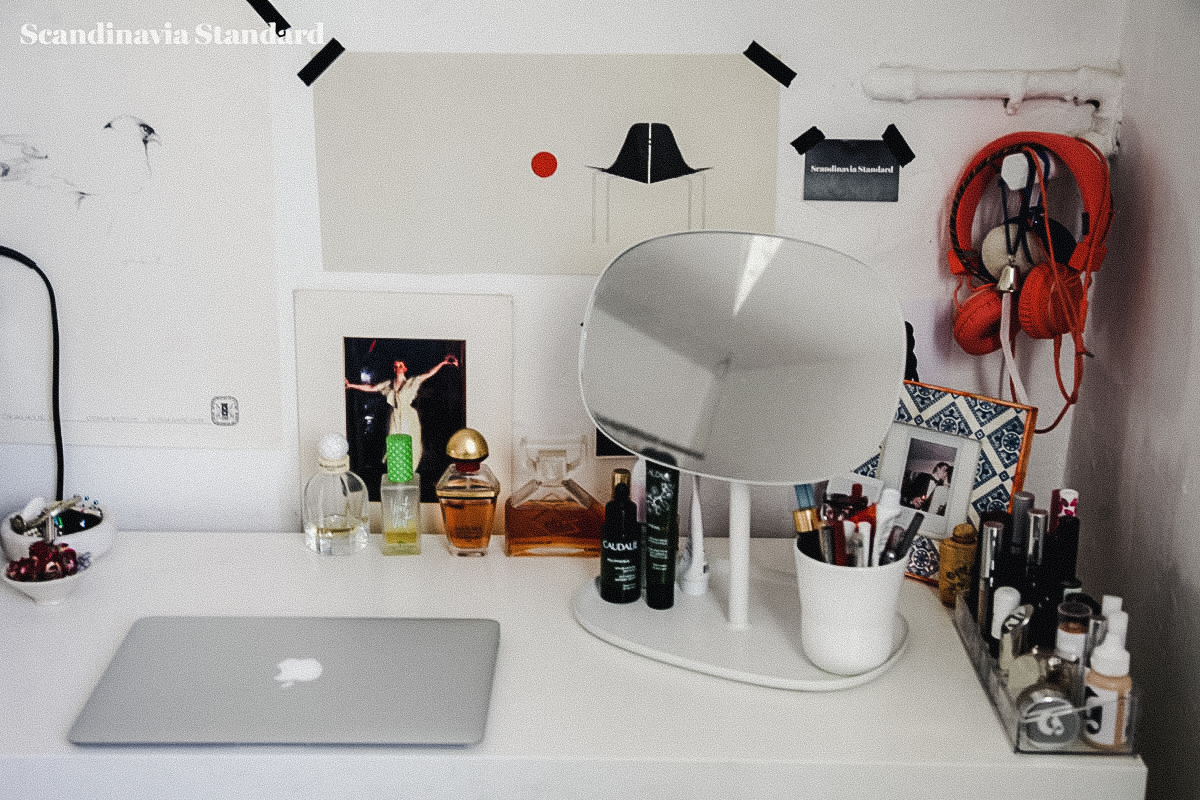 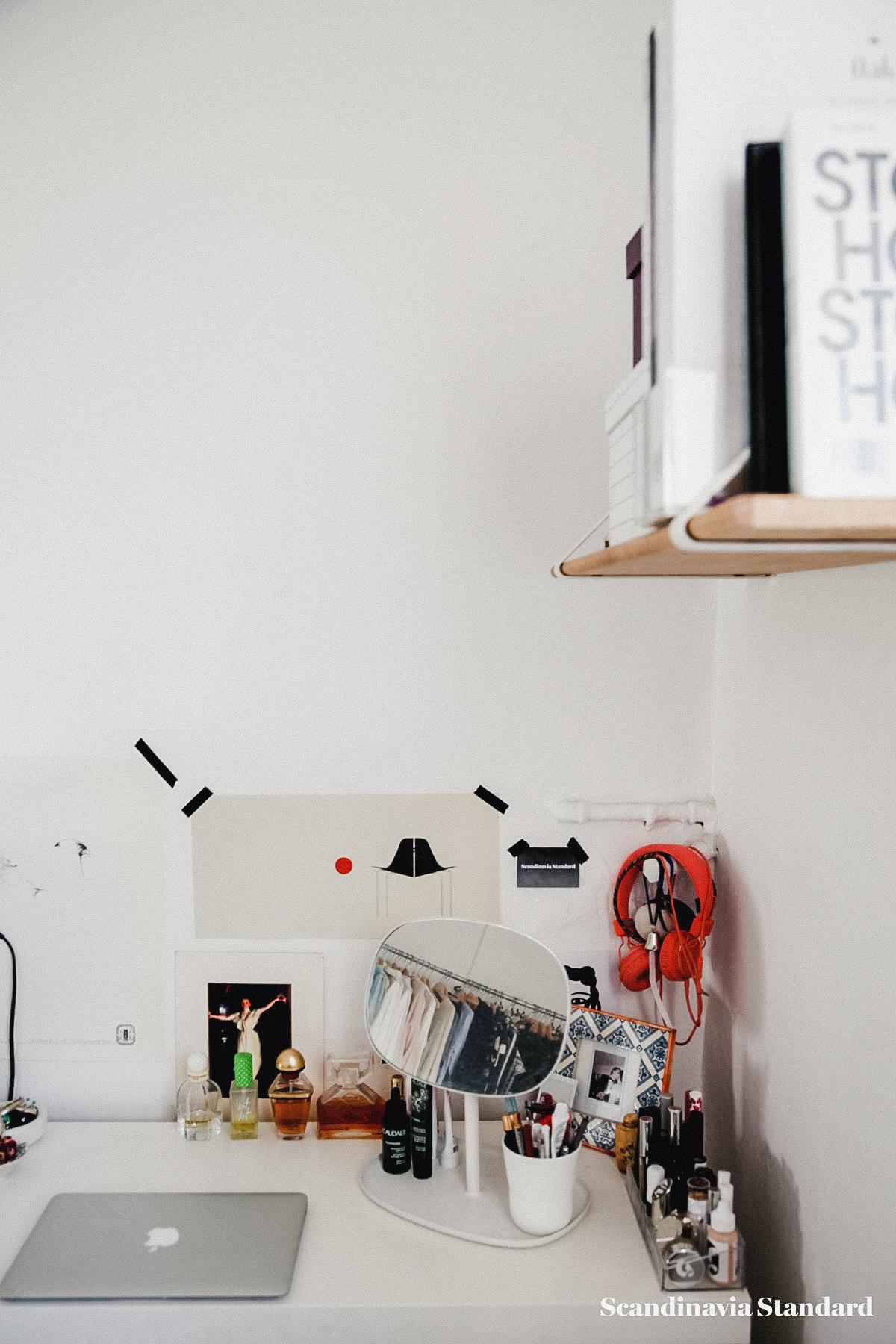 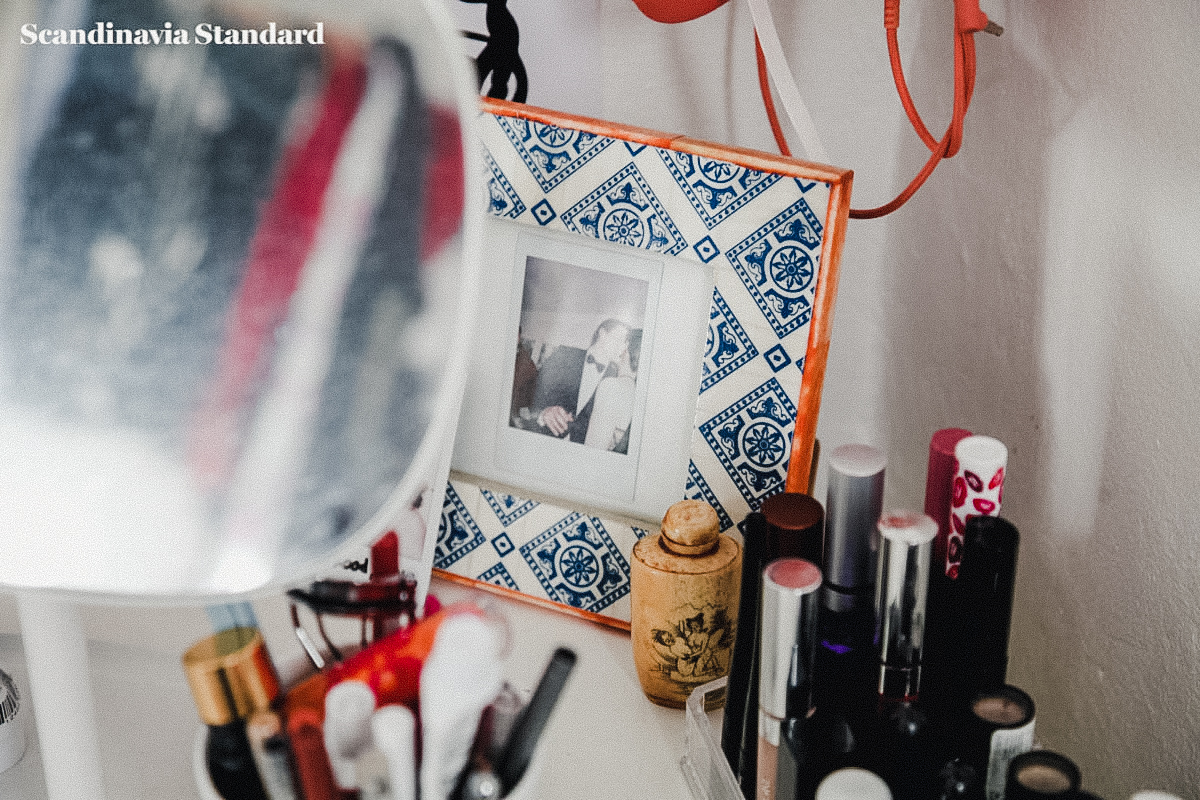 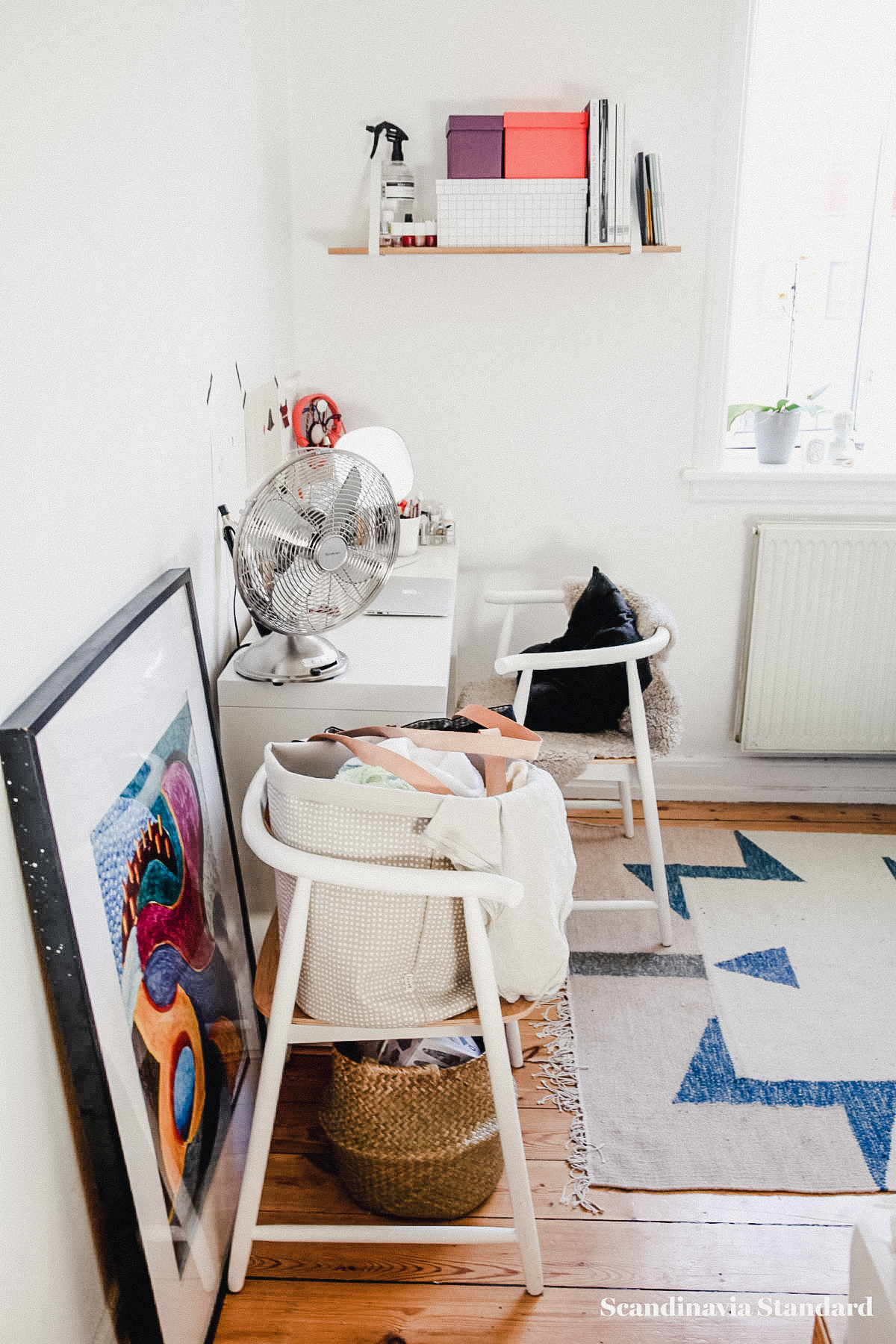 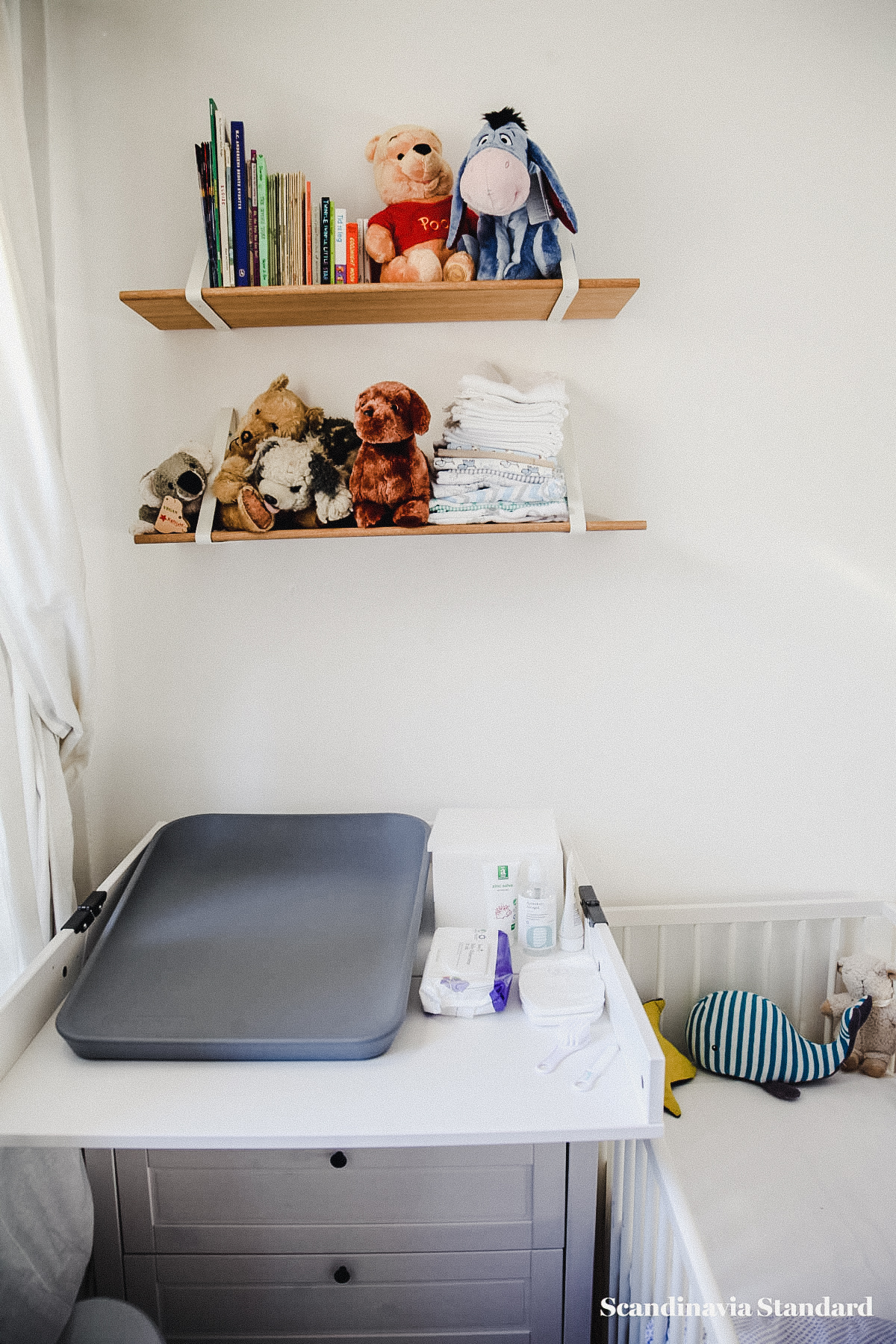 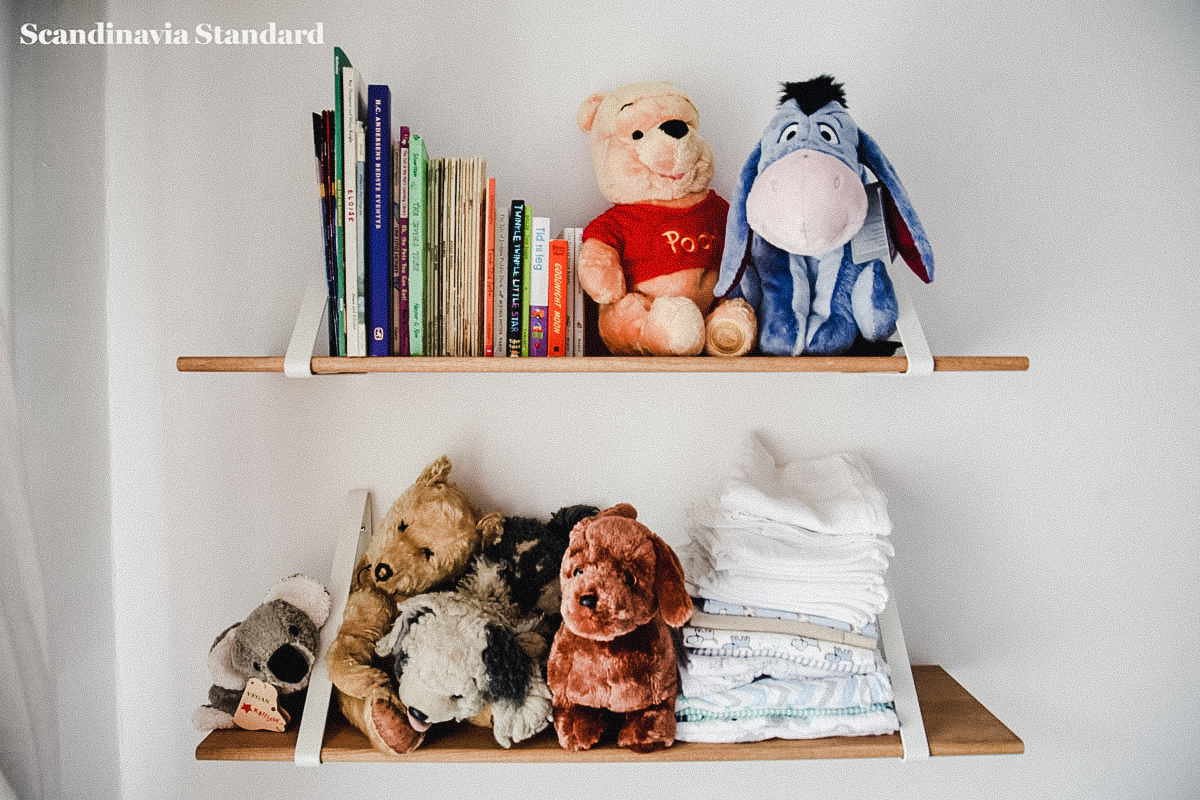 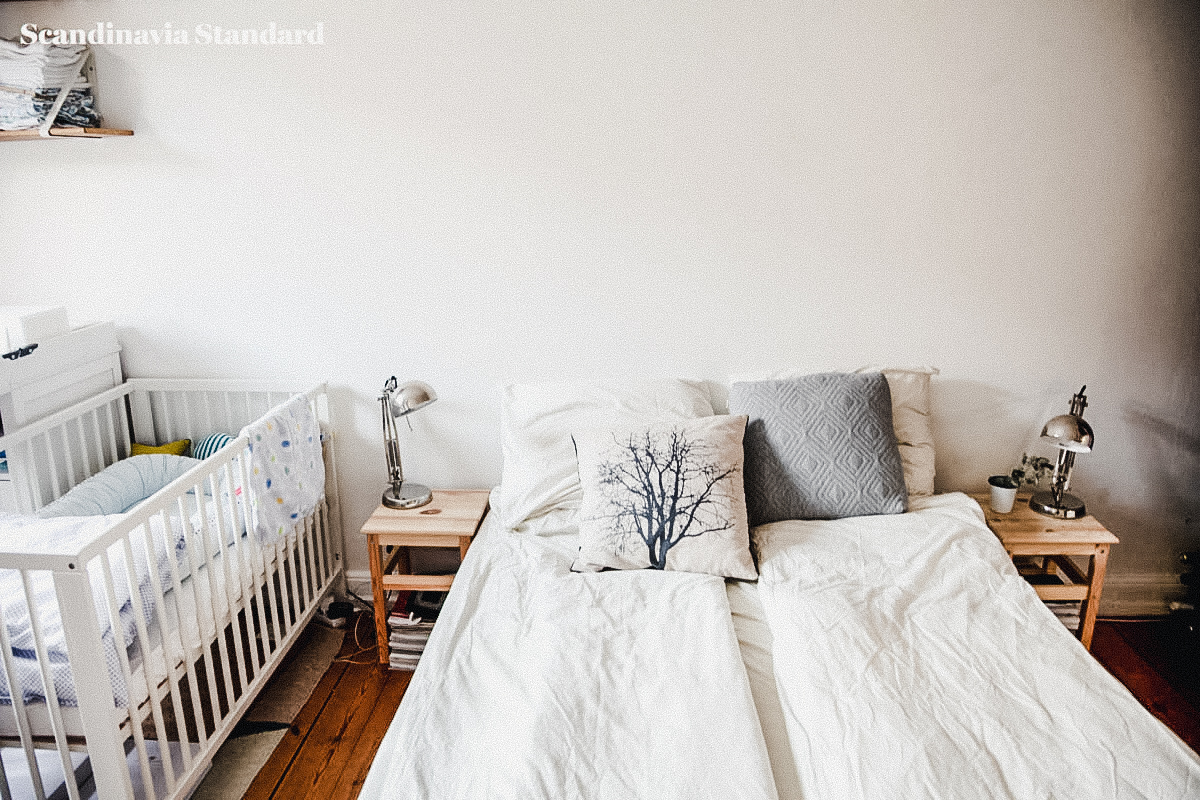 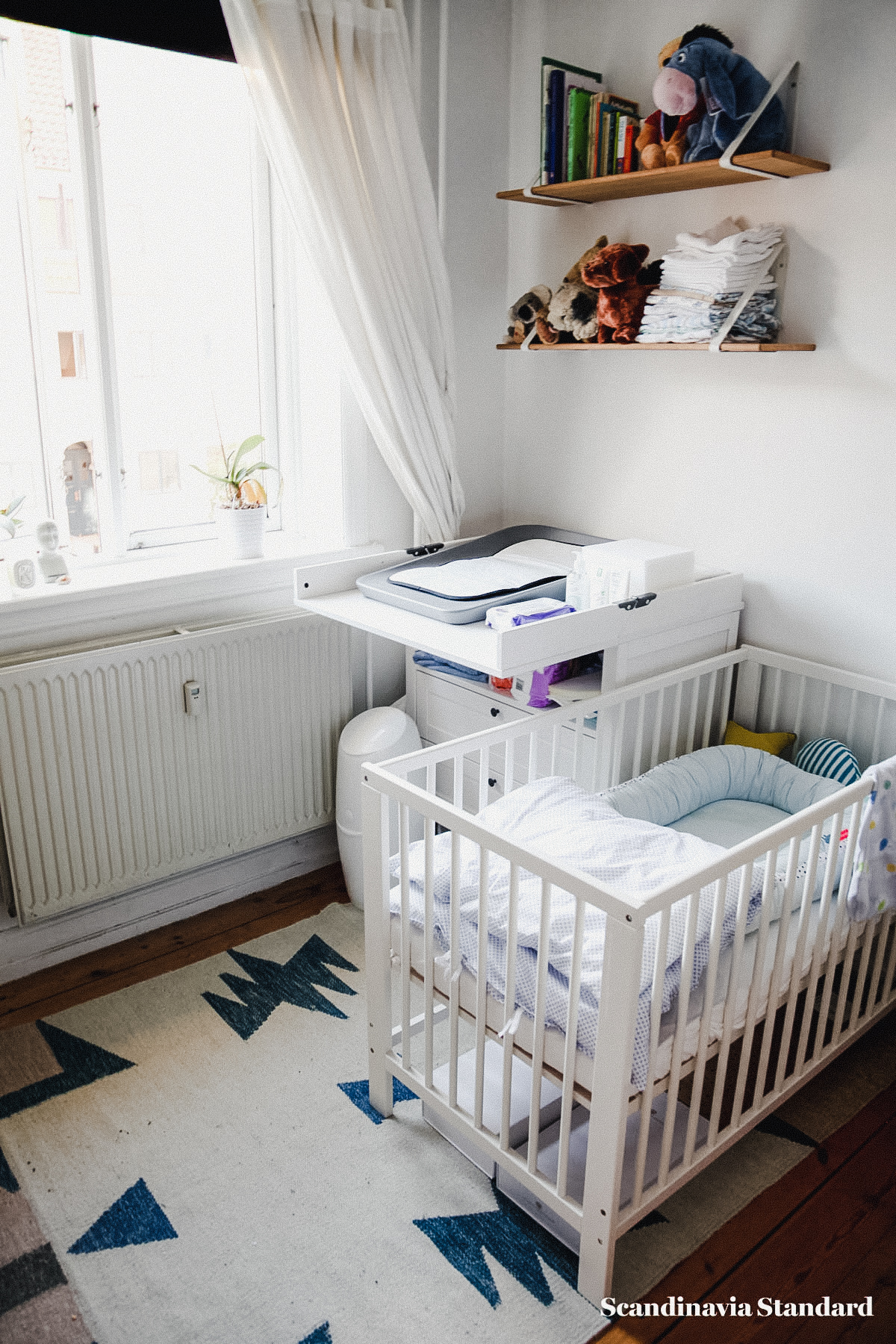 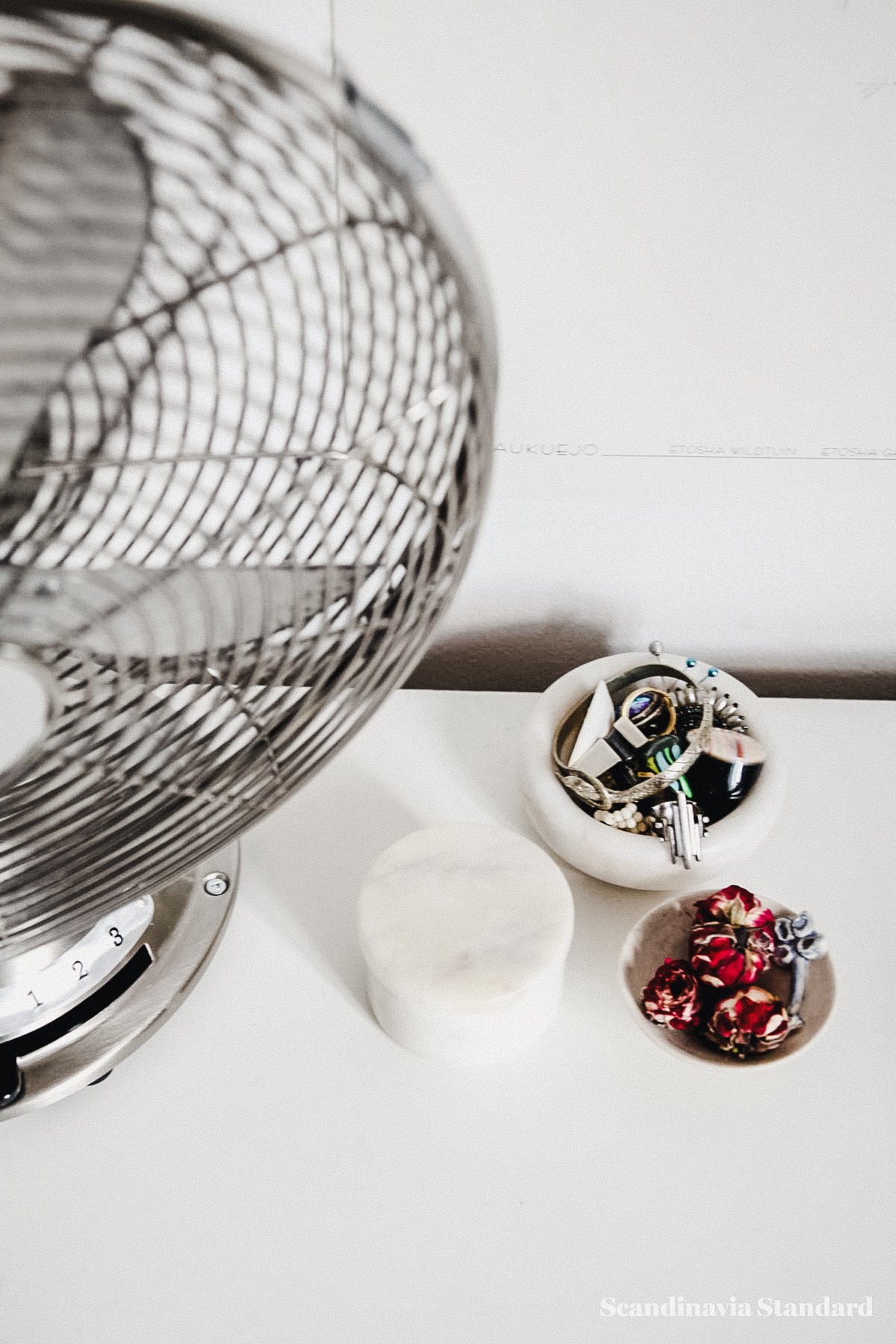 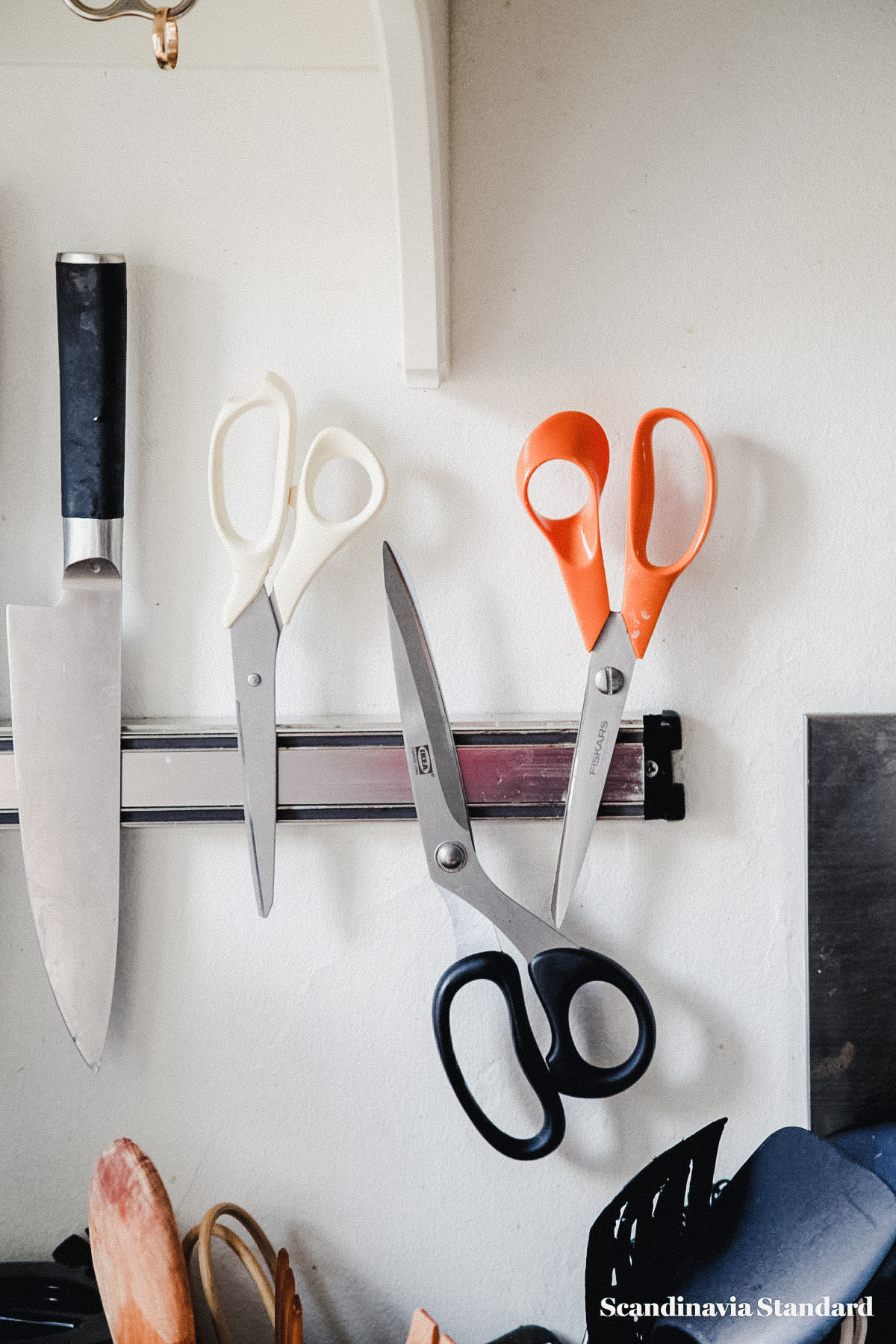 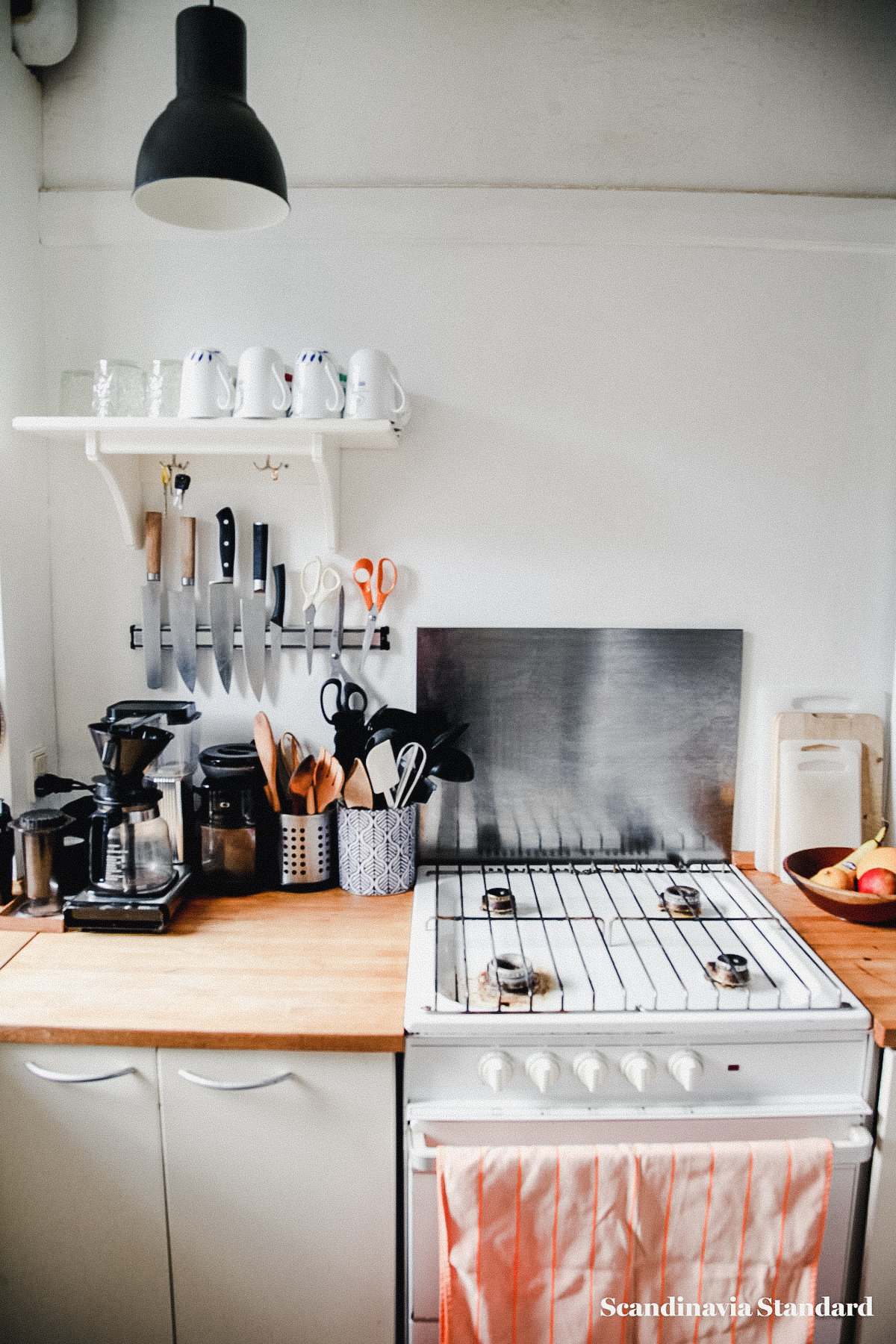 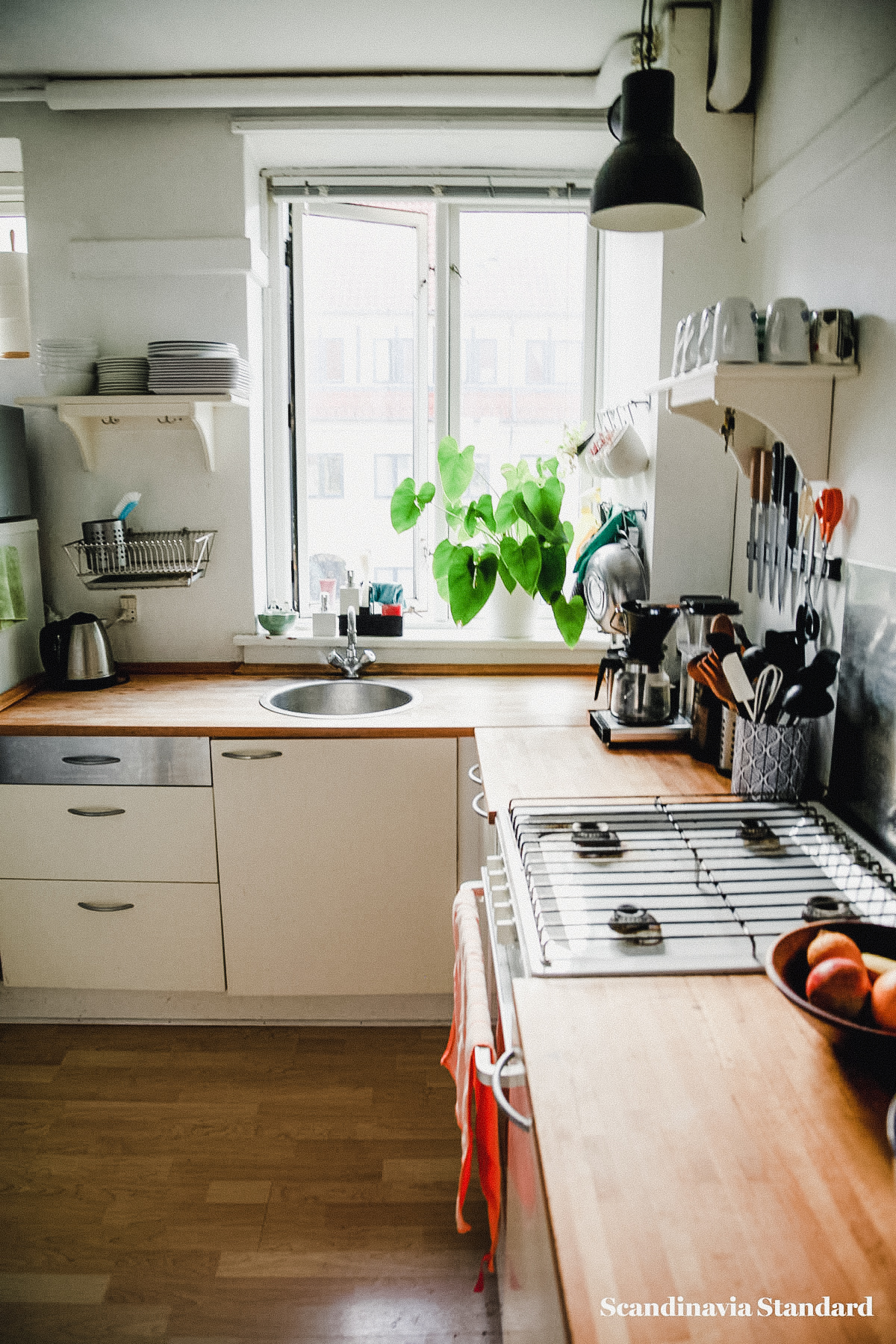 Know of an apartment that should be featured on The White Room? Is it yours? Contact us at [email protected]!