Part of feeling comfortable in a city – whether you’re a local, new-resident or visitor – is knowing what’s going on. Concerts, museum exhibits, flea markets, food events, festivals, free entry; you name it, we’ll cover it. Scandinavia Standard is dedicated to providing you the information you need to access Copenhagen, now.

Today is the first day of Spring in Denmark (bring on the debate, I’m cool with that), and what better way to celebrate that with some swing dancing? It’s an intro class, and free. Free happiness, that is. Already know how to do a “fall off the log” and “Suzie Qs”? The Big Apple workshop might be for you. This is the actual dance you’d be learning:

Next up: have you ever taken part in gospel singing in Denmark? I thought not. You don’t know what you’re missing! It was recommended to me by a friend who’s a staunch atheist and an avid blues and soul music disciple. I haven’t actually been to this particular group before but I’m pretty pumped for Wednesday night. Currently practicing my happy clapping between sentences.

Cinemateket has scheduled yet another great month, including my favourite event of the whole year: the Live Action Shorts, i.e. all the films that were nominated for best short at the Oscars. They have this event every year, usually with sessions before and after the Oscars. This year they’re a little behind, tut tut. Quite simply: go! You will not regret this. Great for aspiring film-makers and snappy-plot lovers. The best animation shorts are also shown in the same week. I’d also recommend seeing the director’s cut of Heaven’s Gate (apparently the only version worth seeing because it’s not butchered by the studio), François Truffaut’s classic Day for Night, and de Sica’s Umberto D for a little piece of neorealistic heaven and a very cute dog. Alas, the latter two have Swedish subtitles, so you might have to brush up on your French and Italian. If you can read Swedish, good for you!

Here’s my all-time favourite from the Oscars Live Action Shorts:

There are a lot of hyggelige activities involved this Statens Museum for Kunst Fridays, with music, talks, dinners, and even the possibility of sleeping overnight in the museum. 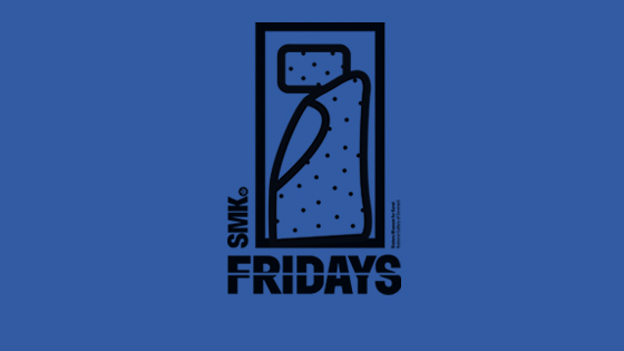 The two-day Chocolate Festival is back again. It’s a great introduction to the best Chocolate of Denmark, and also a perfect refresher if you’re already an expert. See some of our favourite chocolate-makers like Friis-Holm and Simply Chocolate. 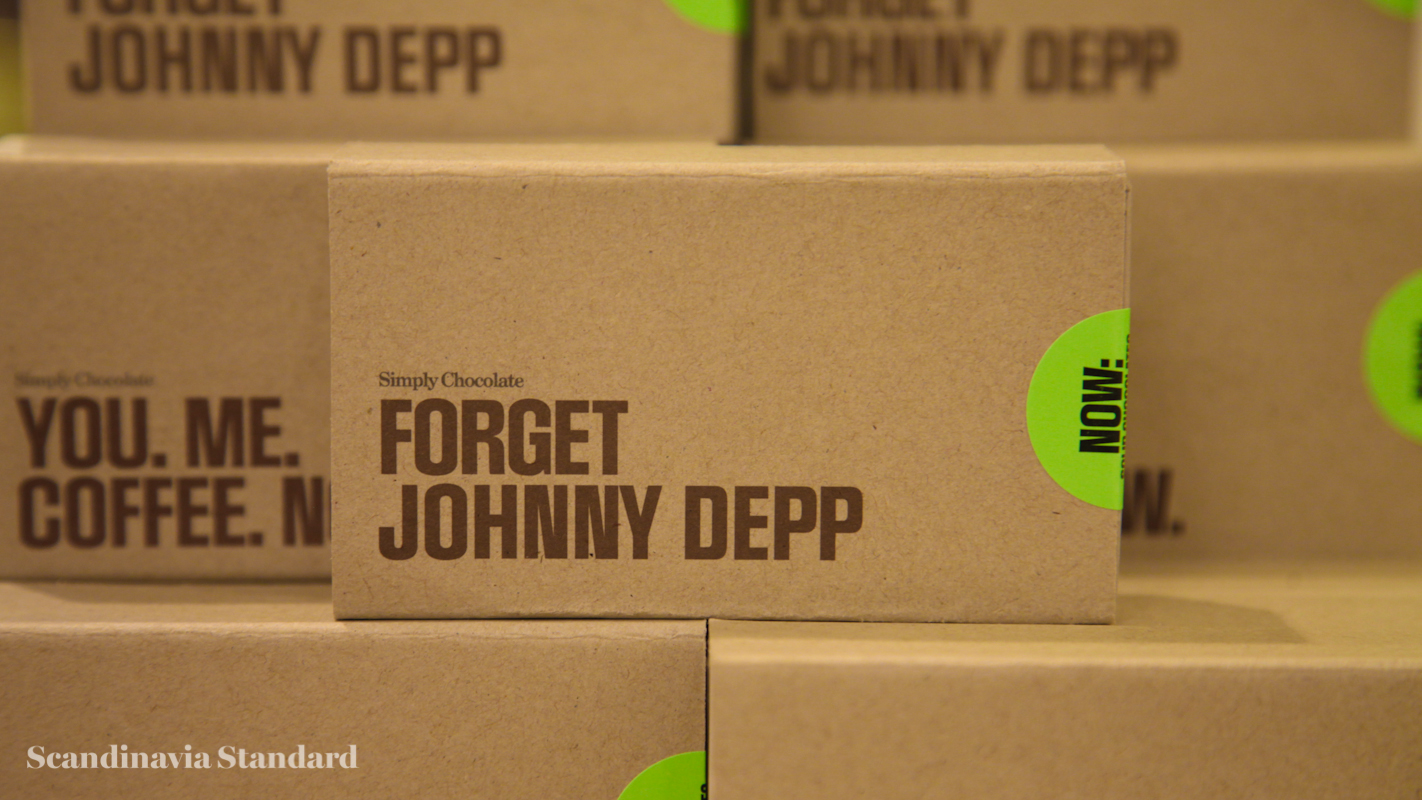 The We Can [Edit] event aims at increasing the participation of women editing Wikipedia, which currently sits at 13%. Inside the fields of arts, culture and research, only about 10% of the articles are about women. This event teaches women how to edit and write for Wikipedia. They also provide snacks, source material and childcare. Just bring along your computer and a clear mind.

There’s also the Gin & Gender. Some inspiring Danes share their favourite pieces of feminist literature and read aloud. Yes, you will need to understand advanced Danish – but what better way to learn than in a cosy atmosphere with a glass of gin in your hand? 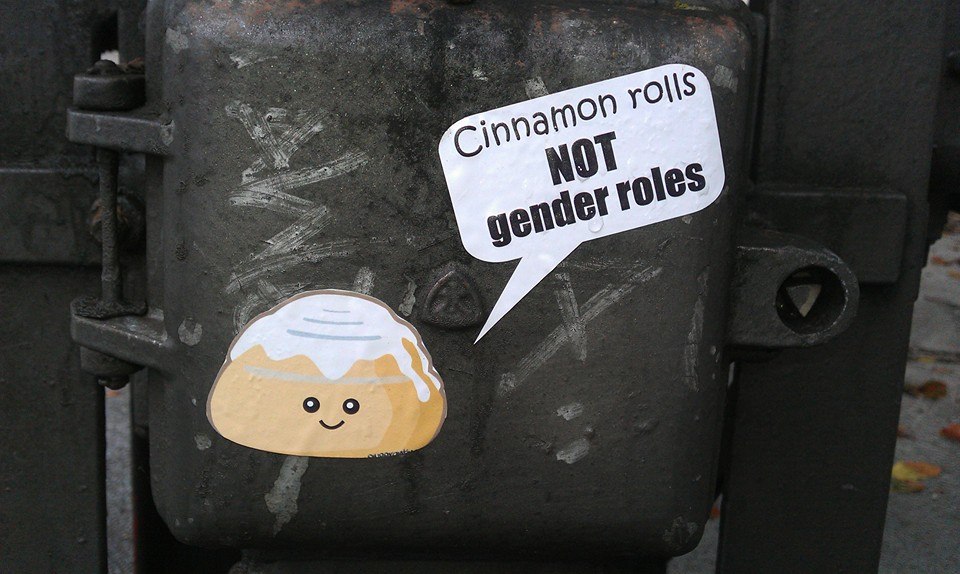 Ariel Pink is in town. Unfortunately for many, the show has already sold out. Boo. However, I’ve heard that some people have turned to dba.dk for help.

See Jeff Wall’s masterful photographs and the artist himself in conversation with the internationally renowned art historian Thierry De Duve. It’s in the Louisiana Concert Hall at 18.00 and free for visitors. 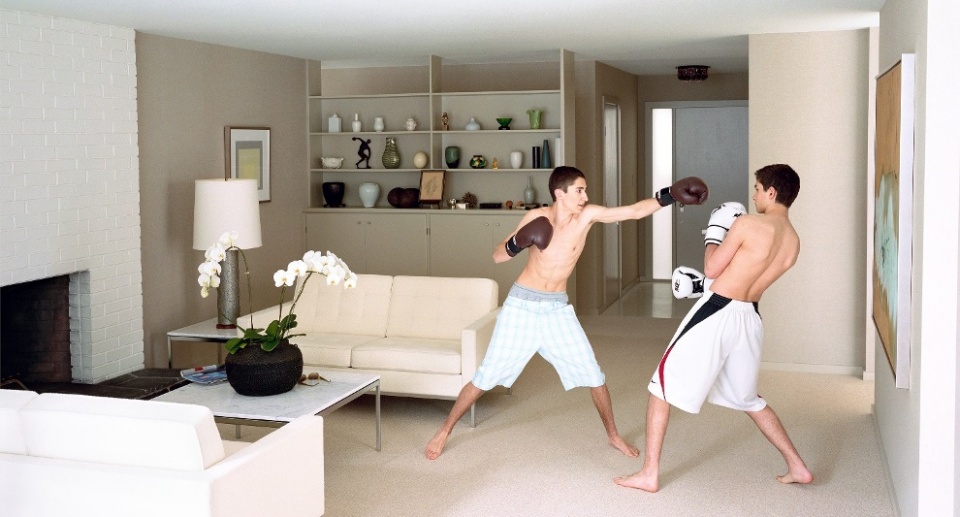 Otherwise, it’s Spring at Louisiana, a beautiful time of the year to visit. 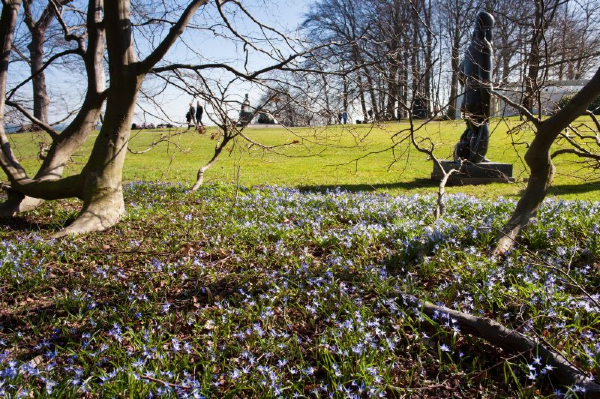 Sonar Festival Copenhagen is coming to town. Check out all the fun from Sonar Stockholm last month. 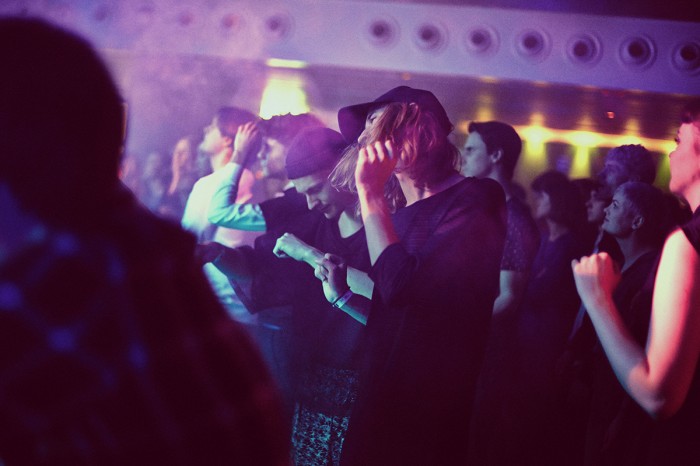 Science + cocktails. Couldn’t be a better mix. It’s like a TED science talk with booze. The lecturers, from all over the world, are always highly entertaining and highly-qualified. The cocktail infusions resemble science experiments from primary school but taste a lot better. Word of advice: come early, the hall fills up quickly. The Dark Side of the Universe looks into dark matter and dark energy that makes up most of the universe. This lecture will provide the foundation needed to fully fathom this epochal moment in humankind’s quest to understand the Universe. Afterwards, cosmic cocktails made of dark matter, while BABY DUKA plays the dance-worthy genres of Electronic Island Pop mixed with Palm Tree Bass. I’m not sure what this all means but I’m going to stick around.

There’s an earlier lecture on Ancient Messengers: the hidden lives of mummies and bog bodies on the 10th of March – the first of the year! Excited that Science & Cocktails is finally back after the winter break. Let the year begin! 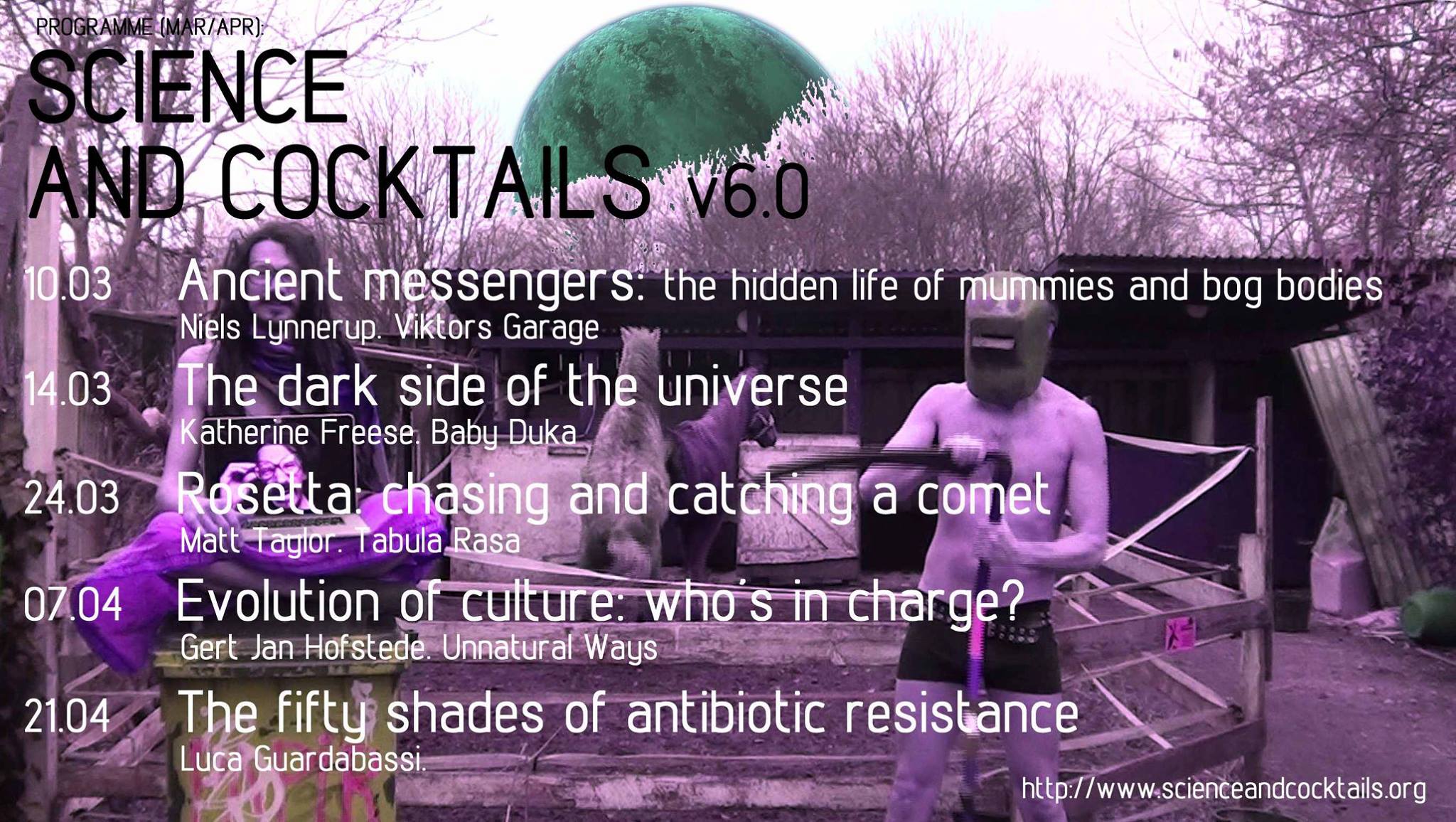 Danish on Sunday: The Absent One

No, this isn’t a film about my Danish class attendance. The Absent One is a Danish detective film, very inline with the whole Nordic Noir genre. I can’t say much more because I haven’t seen it, but it looks pretty good.

The St Patrick’s Day parade is surprisingly popular in Denmark. It’s open to all and begins at Rådhuspladsen at 2pm. As they say: “Everyone is Irish on St. Patrick’s Day”. 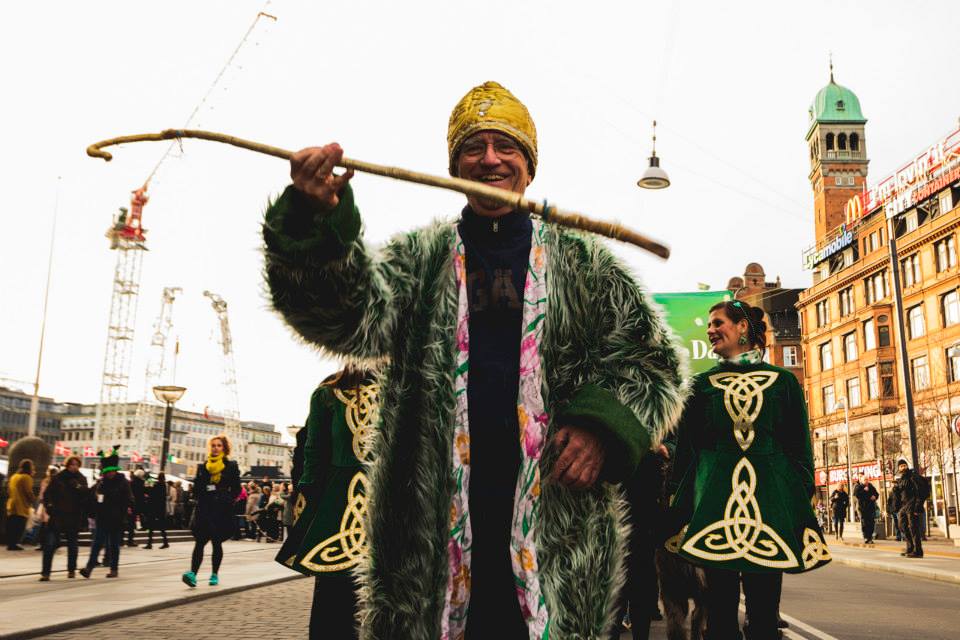 Copenhagen Architecture Festival x FILM is back. Program will be released on the 4th of March. 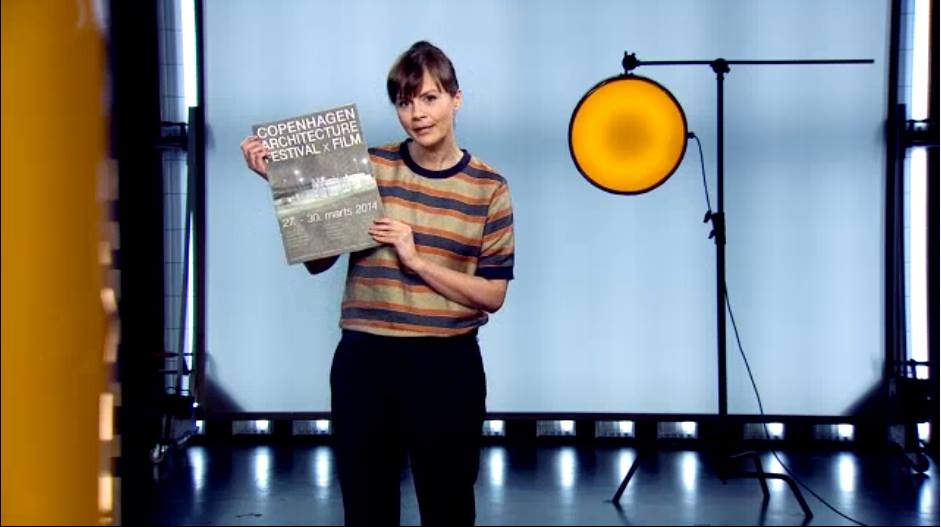 Less Than Jake was a pretty big part of my adolescence. Definitely worth a visit for feelings of punk(ish) nostalgia.

This year’s festival offers a handful of diverse films that together show the versatility of the Catalan film and culture. If you like tapas, live Catalan music and cava, this is for you! The Dream is an artistic film based on 2013 best restaurant in the world: El Celler de Can Roca. The film is an experimental project, where food is transformed into art and mixed with music and poetry. The result is a sensory opera in 12 dishes. Another great choice is Chico y Rita which is an Oscar-nominated animation co-directed by Javier Mariscal, one of the best graphic artists of Barcelona. I’m told that the music by Bebo Valdés, along with the story that follows an intense relationship from Havana to New York, is exception. Afterwards, there’s cava tasting as Asta Bar. I. Am. So. There.

Since 1965, the opening of Bakken, the centuries old amusement park, has been celebrated with a motorcycle parade from the Nørrebro neighborhood of Copenhagen to the forest, Dyrehaven, where Bakken is situated. About 5,000-70,000 motorbikes participate, which is a ridiculously broad estimate, but that’s what they say. I haven’t seen this before, but apparently Rebecca, editorial director, finds it pretty overwhelming and it reduces her to tears. I have a feeling it’ll do that same to me – I cry when I watch marathons. Odd? Probably.

Wind back the clocks, it’s summertime!

Wow, it’s that time of year already. Time to wind back the clocks and lose an hour. Think of all those sunlit evenings we’re going to have!

Danish on Sunday: Festen (The Celebration)

In my opinion, this has to be the best Dogme 95 film (sorry Mr Von Trier, you are my favourite otherwise). I love an awkward black comedy and this ticks all the right boxes: comedy, drama, crisp dialogue and subtle acting. Plus, it’s also a great intro film to the Dogme 95 film movement. Next stop: The Idiots. I was going to share the trailer, but they’re all pretty terrible. Just watch the film. 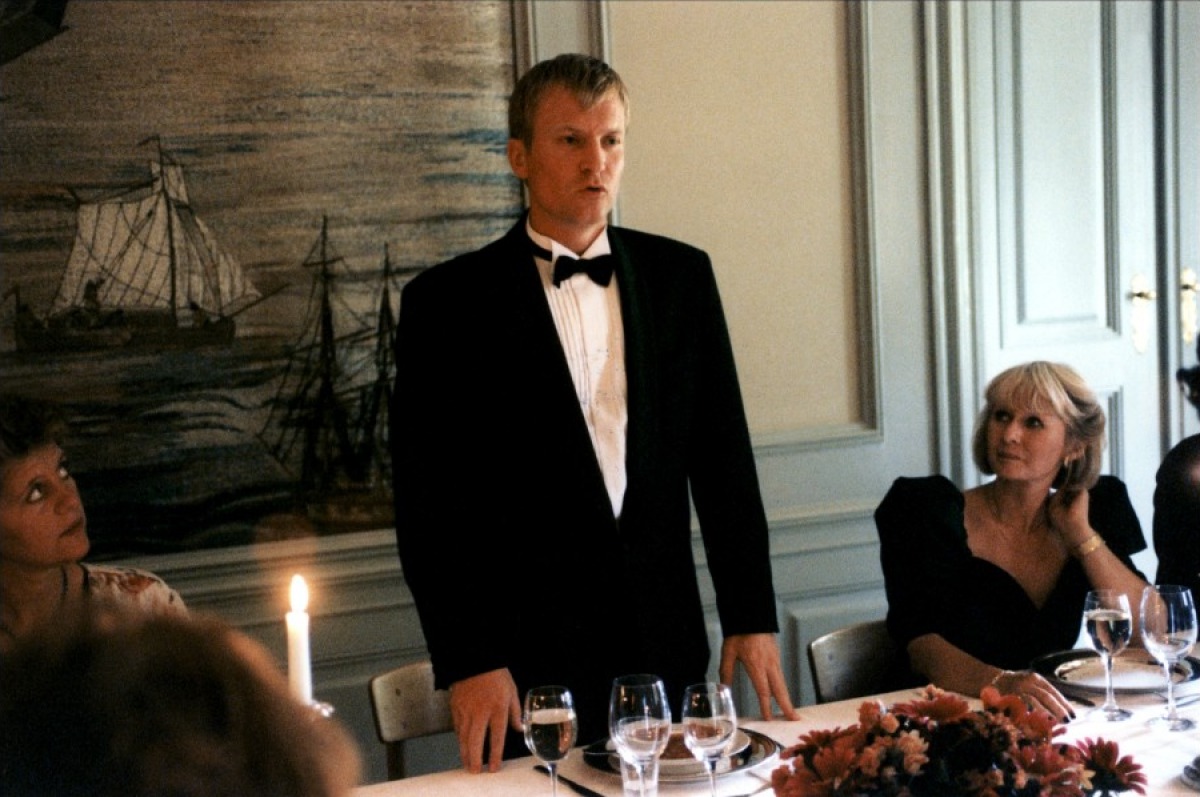 What are you looking forward to this month?
Let us know in the comments!