Walpurgis Night, also called Vappu or Vappen in Finnish and Valborg in Swedish, is a holiday in Finland and Swedish, in line with Midsummer. Celebrated over 30th April – 1st May, the holiday marks the feast of Saint Walpurga (710 – 777 A.D.). Walpurga, sometimes also called Walpurgis, was a missionary who spread Christianity in Germany. She studied medicine, opened a monastery, and was believed to repel witchcraft. Her entombed remains are still said to secrete healing oil (not sure who is volunteering to test that, but okay).

Walpurgis Night is observed in both Finland and Sweden, but the traditions are different. Here’s how each country celebrates the holiday:

When is Walpurgis Night celebrated in Sweden?

When is Walpurgis Day celebrated in Finland?

While we’re always down to celebrate an entrepreneurial woman, the meaning of Vappu now holds less importance than the celebrating of the holiday itself. People across Finland take this seriously; particularly the students, for whom the holiday holds special meaning.

High school students wear their white and black student hats, and those in higher education often wear their student boiler suits (opiskelijahaalari). Engineering students from Aalto University alternately print humor magazines Äpy and Julkku, selling them a week or two before the festivities begin. The magazines are full of satire, jokes, and funny images; they’re an important part of the Walpurgis atmosphere and are widely circulated. If Saint Walpurga can bring print back from the dead, she really is a miracle worker.

Food and drink are essential to this celebration, and the Finns get down to the good stuff: alcohol and sugar. They typically drink sima, a locally-made sparkling mead, or other sparkling wine. Tippaleipä, Finnish funnel cake, is dusted with powdered sugar and goes along with the drinks. 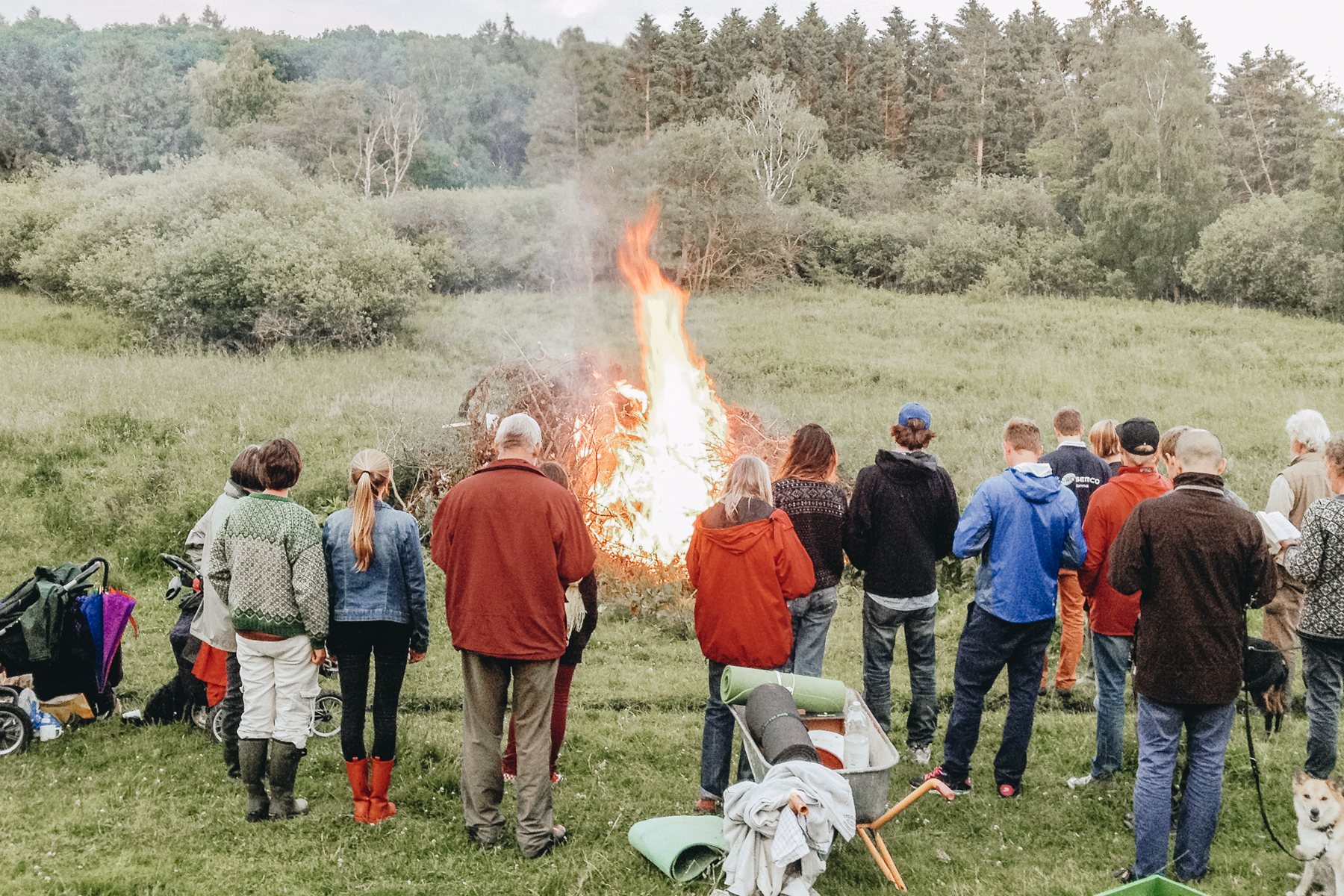 In Sweden, Walpurgis Night is not only about the feast of Saint Walpurga, but also the arrival of spring. Public events are held across towns and villages, and usually include bonfires, speeches that welcome the season, and choral singing of traditional songs.

As in Finland, students are an important part Valborg. Most university students have a strawberry and champagne breakfast (not bad, Swedes!), and then enjoy the rest of the day in the park, barbecuing and drinking alcohol. The holiday is a marker of freedom from their semester, so it’s no wonder there’s so much drinking going on.

Most established universities have particular traditions of their own. In Gothenburg, the Chalmers Institute of Technology has been holding a carnival parade called The Cortege since 1909 that is widely attended. In Uppsala, students float down the Fyris River on homemade (and definitely not safety-approved) rafts. They also spray champagne (moderately priced champagne, we hope) all over each other; a tradition which has led to the walls and floors being covered in plastic pre-event. In Linköping, students listen to songs sung by Linköping University Male Choir in the courtyard of Linköping Castle.

Throughout the country, students don their white caps, a throwback to when university students always wore hats and changed over from their black to white ones come spring.

Walpurgis Night in Other Countries

Walpurgis Night is celebrated in Germany, the Czech Republic, Slovenia, Estonia, Lithuania, Latvia, and the Netherlands. While there is of course overlap in the modes of celebration, all countries have their own local traditions. In the Netherlands and Germany, it is referred to as Walpurgisnacht. If you’re in any of these countries from 30 April – 1st May, be sure to check out the festivities!