If you weren’t aware, neon is officially back. I don’t know that it ever left, or even that it was ever trendy in the first place, but it’s back, baby!

Charging ahead, light-sabre drawn, is Sygns. A lighting company based in Copenhagen, Sygns was launched by two Germans and a Swede in 2015 after one of the founders was searching Berlin for a neon sign for his home. “Everything was an ‘art piece,’ which meant it was 20,000 Euros,” explains co-founder and Managing Director Max Elvefors, rolling his eyes. “We wanted to give people another option – something accessible and customisable. Previously if you wanted a neon sigh, it was either art, or you had to go through a classic sign-making company which are typically for businesses.”

Since none of the founders are in the business of creating lighting themselves (“We studied economics together!” Max tells me), they’ve worked with designers and artists from the get-go. That’s resulted in a list of on-demand designs such as comic-book inspired “Boom” or “Kapow” and the dreamy “Cloud 9.”

If none of their ready-made signs speak to you, just create your own directly on their easy-to-navigate website.

“One thing we’ve seen with office spaces is that people in non-creative jobs, like banking for example, suddenly have a chance to be creative and they love it. They can create something that’s both functional and artistic, which is really cool for us to be part of,” Marketing Director Phillip says. 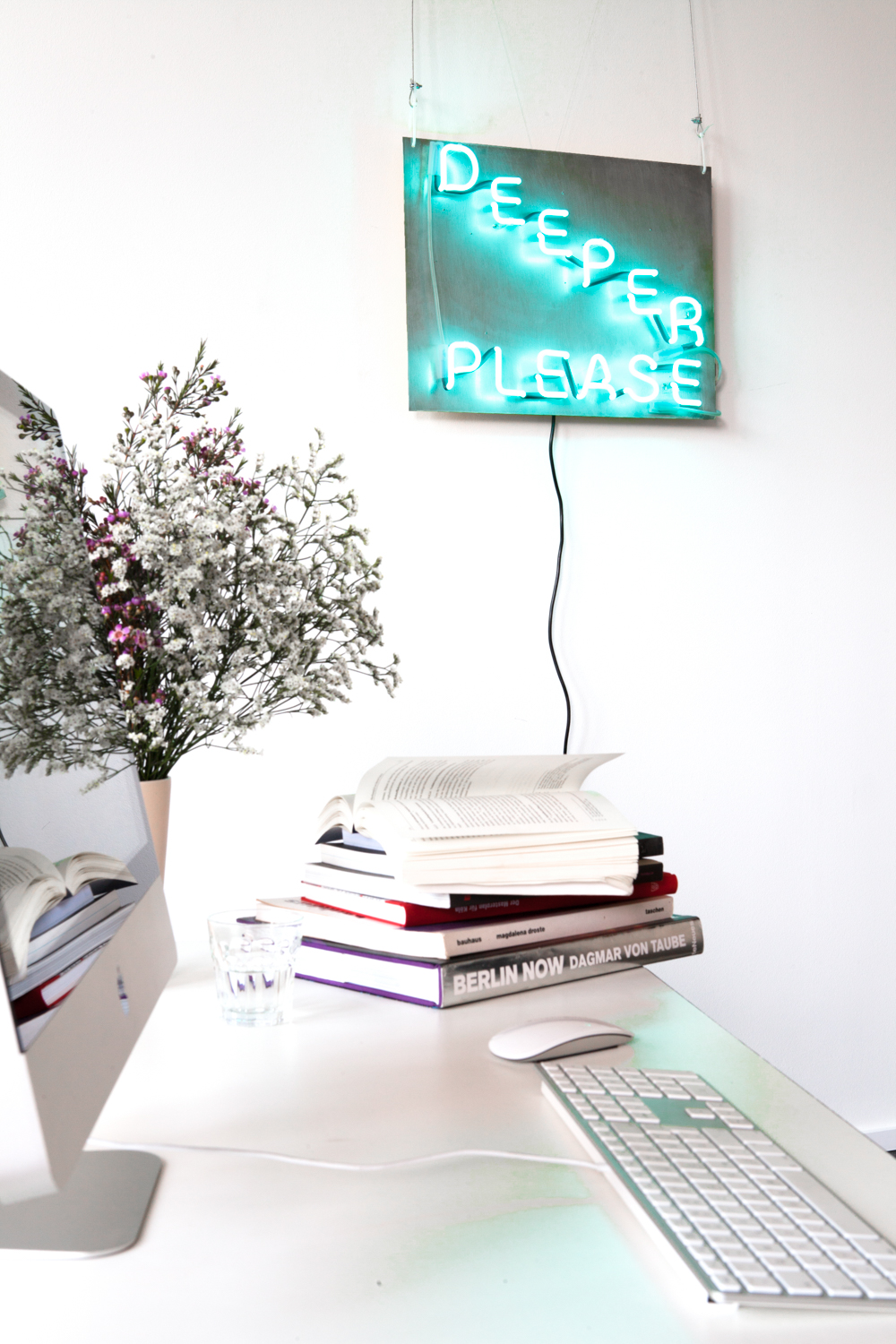 I don’t know much about neon, but I’m curious; isn’t it hard to make? Hard to ship? “Yes and no,” says Max, which is my favorite answer during an interview. “With neon, everything is handmade and handblown, so while it is difficult to make it some ways, it’s also easy to control the quality and make sure it’s coming from the right working conditions. Neon had a big dip when LED lights came out in the beginning of the 90s, but that’s swung back a bit because LED hasn’t yet lived up to its potential.”

As for shipping, “Sygns has basically become a shipping expert!” Max laughs. “Neon light tubes are incredibly delicate plus we want to send the lights fully assembled, so it’s taken some research to get it right. Our shipping packages are very sturdy. The shipping method does mean, of course, that there’s a limit to the size of what we can reasonably ship.”

A little lighting factoid for you: in its resting state, neon lights are red. All “neon” that you see that isn’t red is actually argon gas. Argon in its resting state is blue, but color can be added to the glass to create a variety of colors #themoreyouknow. 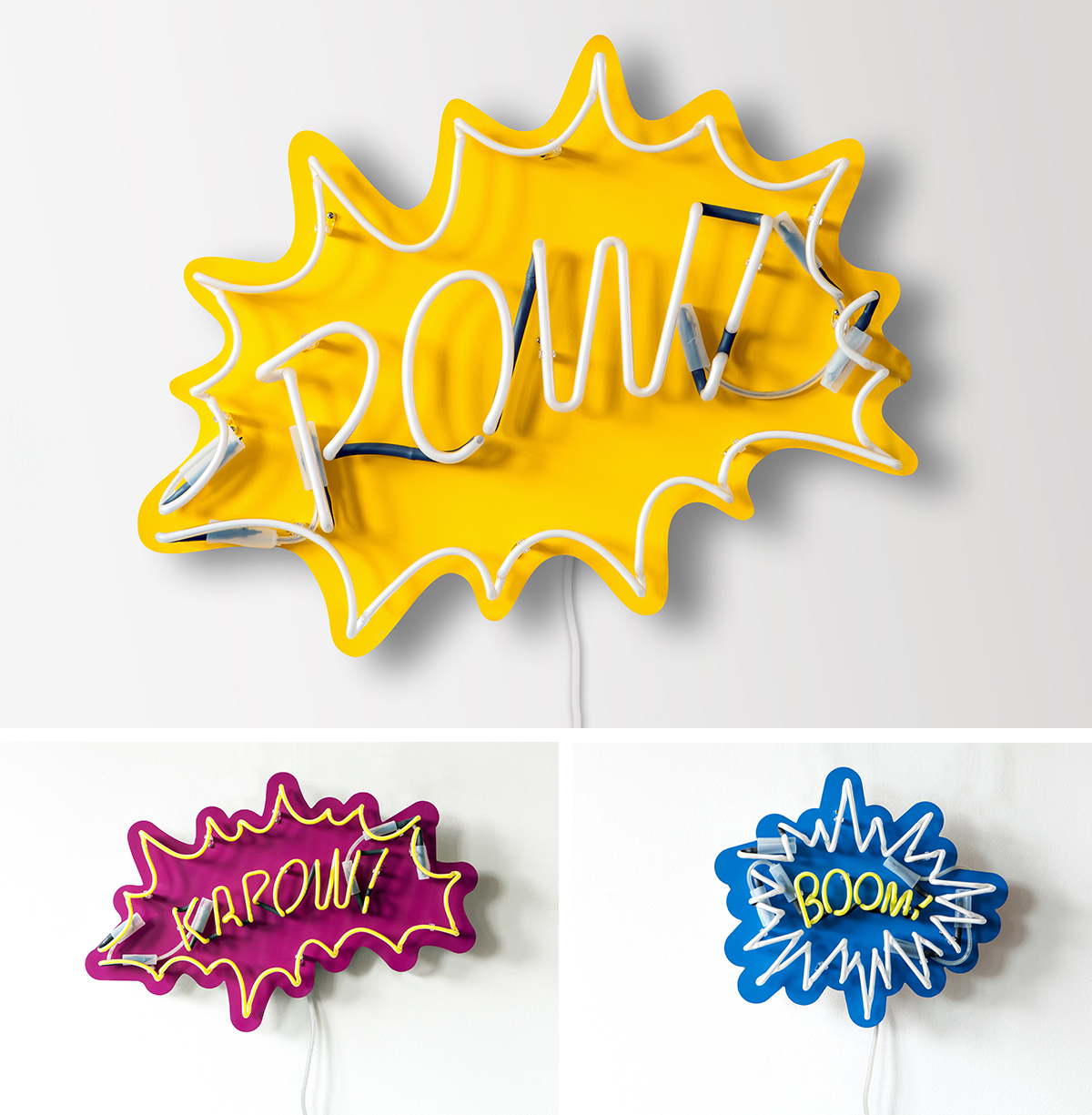 Beyond neon, Sygns also produces lightboxes (called Wyndows). These can be customised more easily than neon, as letters can be switched at any time. As with neon lights, there’s a new-meets-old vibe to these that means they fit into a variety of different interior styles.

“We’re also thinking about what a sign or lightbox looks like when it’s off, because that’s an important aspect of lighting,” Max says. This is essential to the Sygns goal of creating pieces that are accessible, as lighting spends (hopefully) more time off than it does on, particularly in the home.

This thoughtfulness, paired with their pricing – they’re not inexpensive, but certainly reasonable for the craftsmanship, design and technology you’re getting – and the ability to create exactly what you want is making Sygns the go-to company for quirky, fun lighting options. 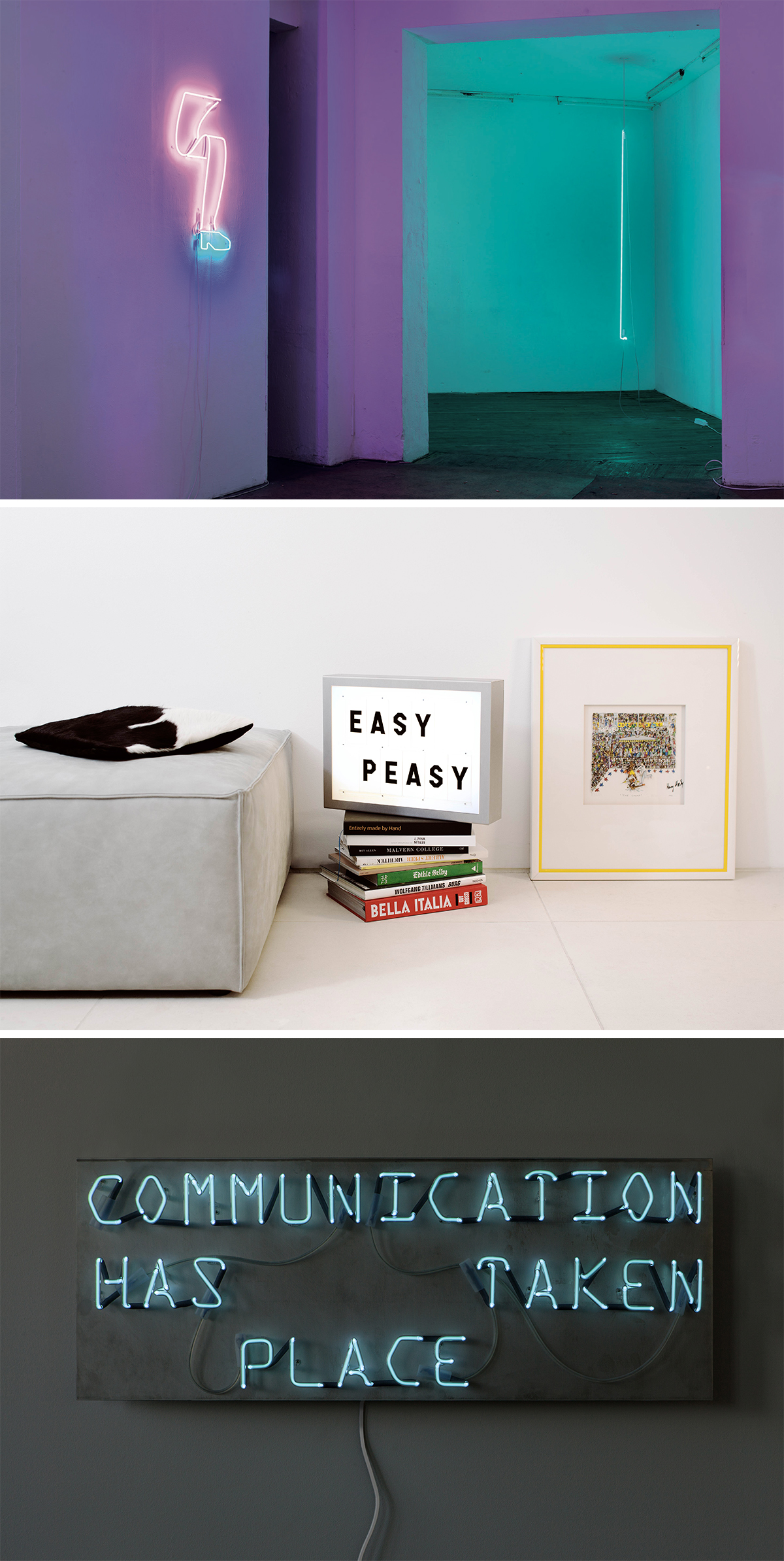 Scandinavia Standard is currently in process of creating their own Sygns neon light for our office and we’ll be updating this article as soon as it’s on our wall.

Neon signs: no longer just to indicate vacancy at American motels! Order or customise your own neon or lightbox!