Getting to Aarhus was a disaster. We were supposed to be efficient and on-time. Unfortunately, lack of coordination and the most basic of human interaction skills had left us only 50 minutes to race to the ferry in Sjællands Odde.

We had a frantic dash through the narrow streets of Nørrebro: four people, all crammed into a car the size of a shoebox. We (two brothers and our two GoMore passengers) proceeded to be very Danish throughout the ride, smilling and polite even though we were very obviously uncomfortable and in a terrible rush. Good to know about Danes: you can almost always win them over by offering all or any of the golden triad: beer, dark humor and that undefinable thing, hygge.

We missed the ferry by half an hour, so we drove to a small, dusty town to commence in the summertime national sport: public drinking. Standing in a parking, baking in the sun, the four of us drank semi-cold beers from some unknown microbrewery. It was actually the best start for which any of us could have hoped.

With beer flowing, the four of us began to open up. Since one of the passengers was a woman, the grand tradition of peacocking ensued. I like to think I won, though apprently I was not the only gentleman exchanging texts with her after the trip. Damn those other guys! Apparently, our combination of beer and humor did work: we received five-star reviews on GoMore with praise of the dedication to timing, non-aggressive driving and the spacious luxurious comfort of our car (ha!).

Northside is not the normal Danish festival that includes camping, excessive drinking and a lot of unwashed bodies. Because there is no pre-party and music starts early, people were jarringly sober as we sat down in the grass with a cold one, nodding our heads to Jose Gonzales’s clear vocals.

After enjoying a very chill session with the Swedish singer, we decided to explore the rest of the festival area. Northside’s layout is beautiful: there is art everywhere and several major light installations. 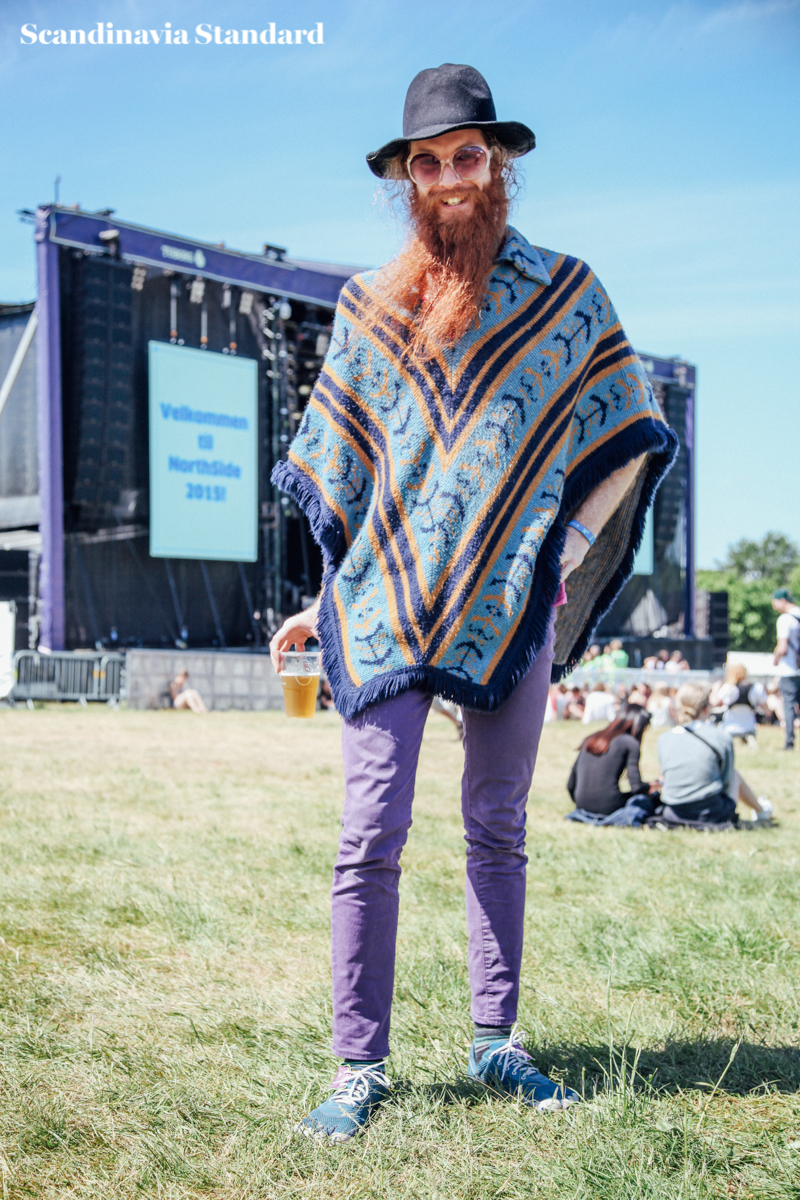 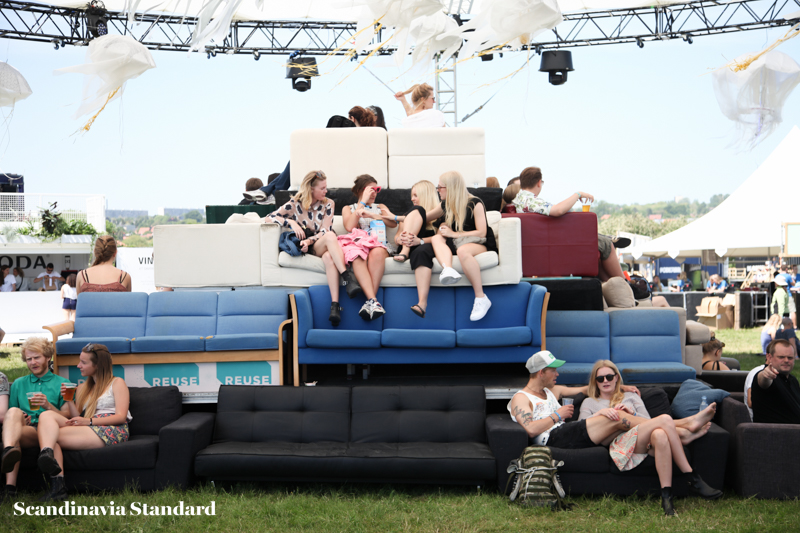 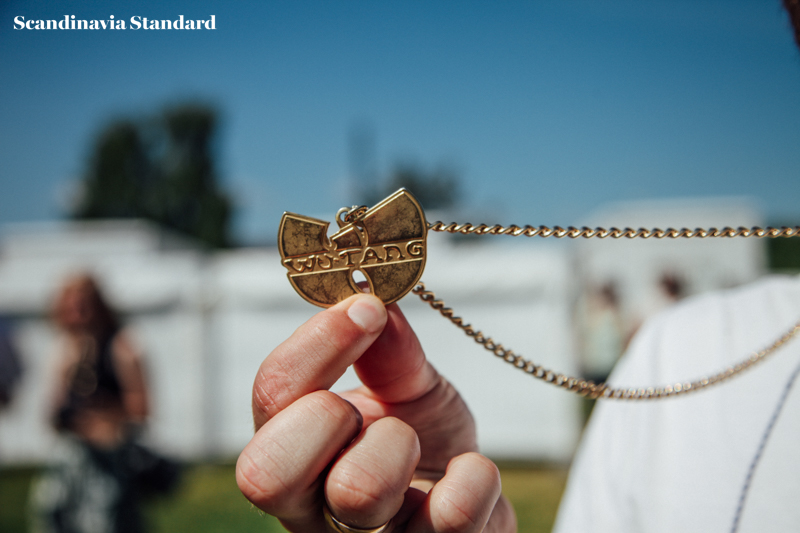 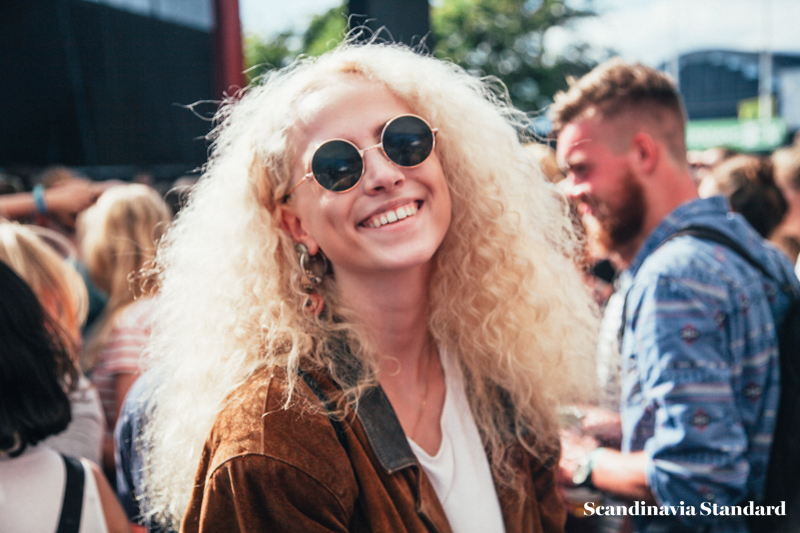 We quickly found a favorite spot for drinks. Walking through an area with luxury foods including whole roasted goats (yep!), we ended up at a small platform with an exotic-looking bar in the middle of a tiny jungle. You could be led to believe that you’d discovered a tropical paradise.

…That is, until you taste a Danish “mojito.” The local take on this perfect summer drink can only be described as tragic. We learned to avoid cocktails all together and just stick with beer (our wallets thanked us later). 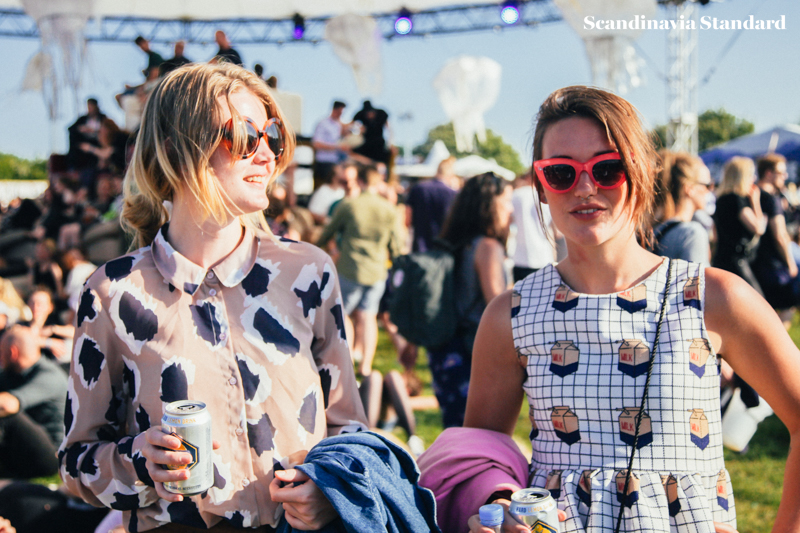 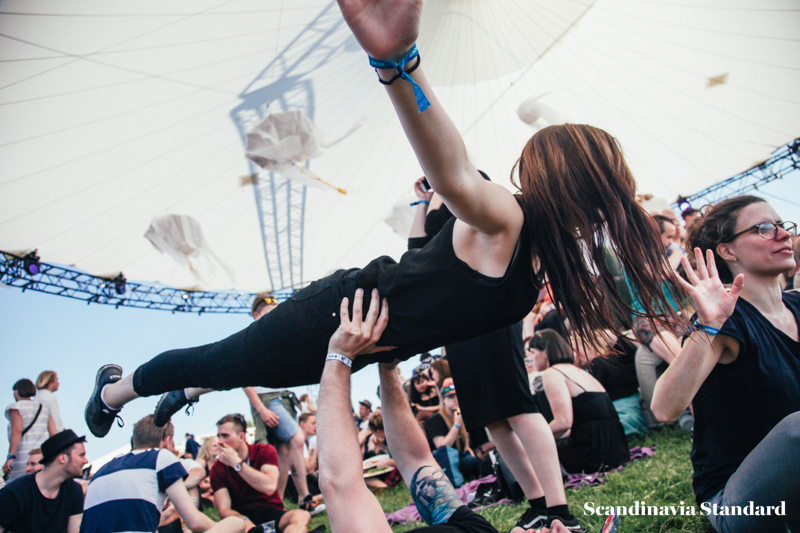 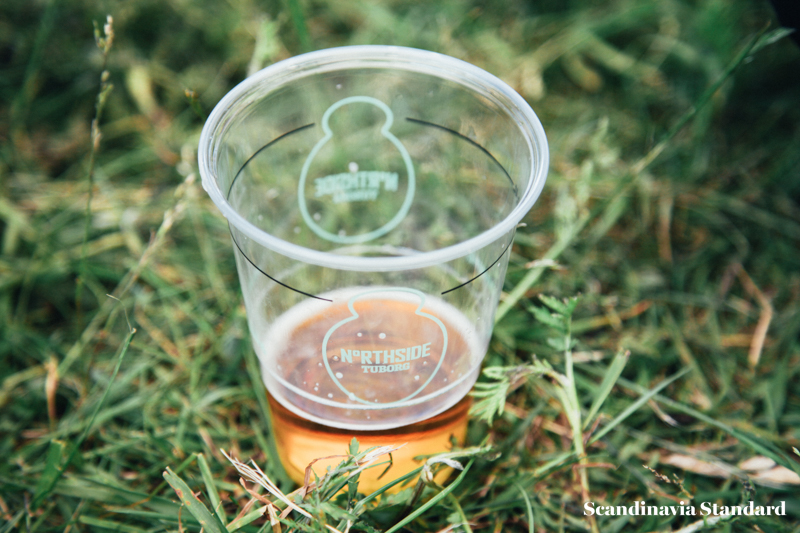 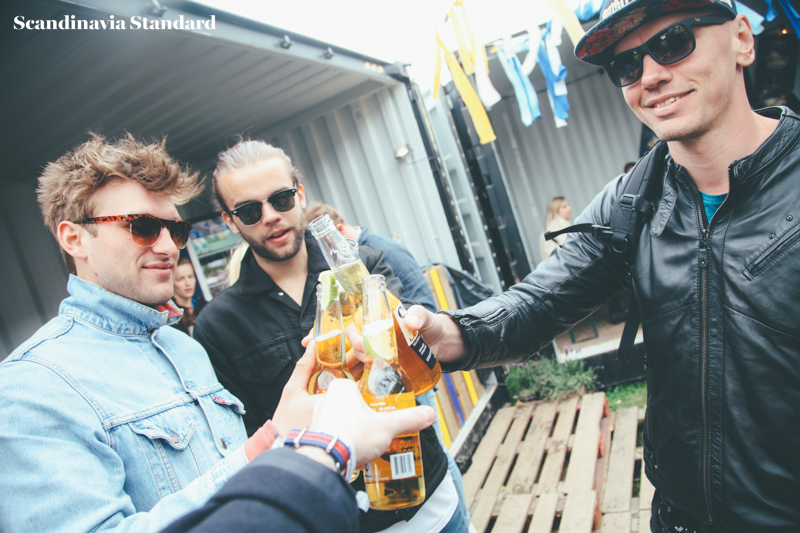 I appreciated that at Northside, everybody was welcome. Old people, couples with tiny infants wearing enormous pink noise-cancelling headphones, and of course lots of young people. They where all there, singing along to the greatest hits of everyone from MØ to Grace Jones to Wu-Tang Clan.

Denmark is notorious for our jantelov, which is the unspoken rule that you are not supposed to be different or special. Having lived in Copenhagen for the past 15 years where this rule doesn’t apply the way it does in the rest of Denmark, it was strange to be in a place where it so obviously does apply. The consensus seemed to be: underplay it until you’re drunk enough to let go.

Fortunately, drinks were flowing. Spirits were high and the day was ours. Nothing existed outside our little world of sun, music, drink and laughter. 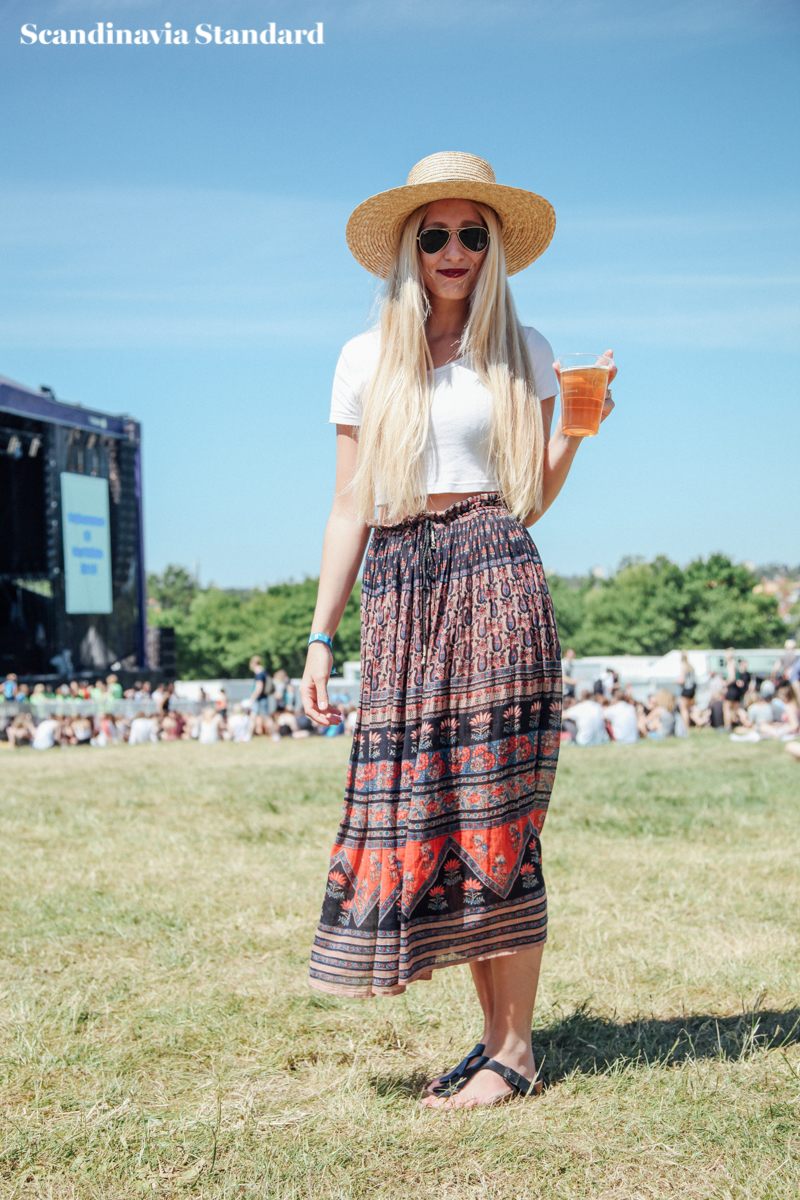 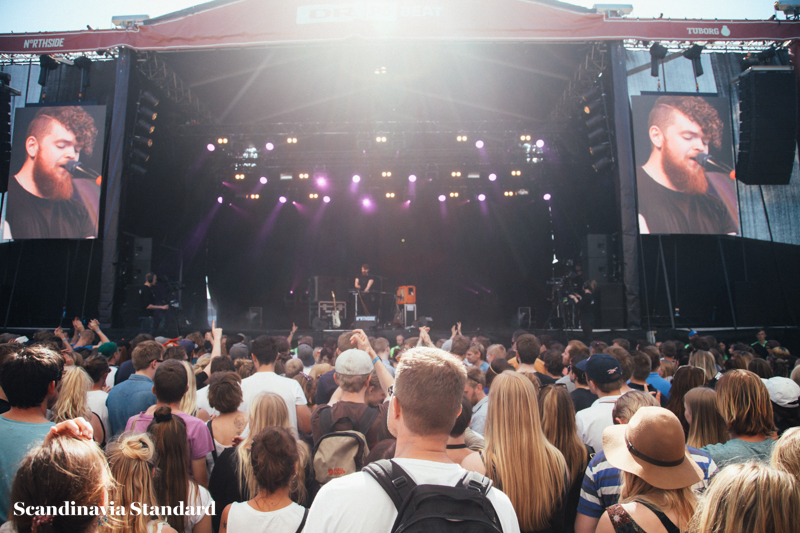 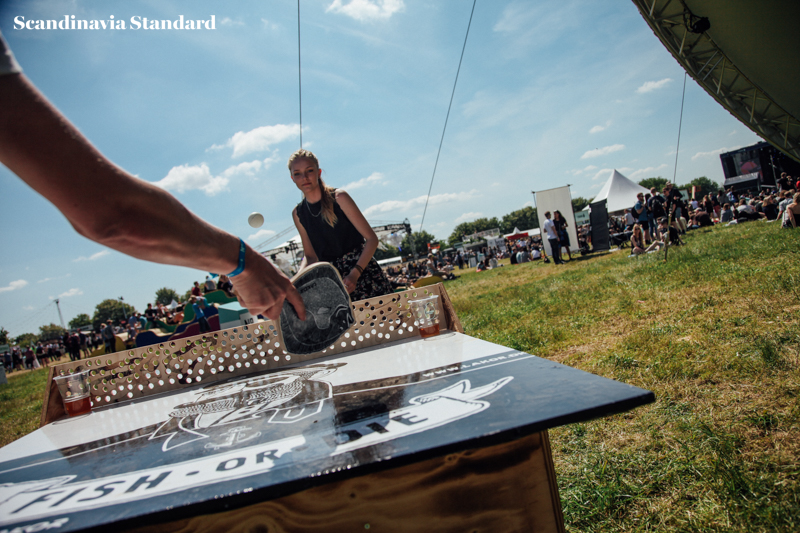 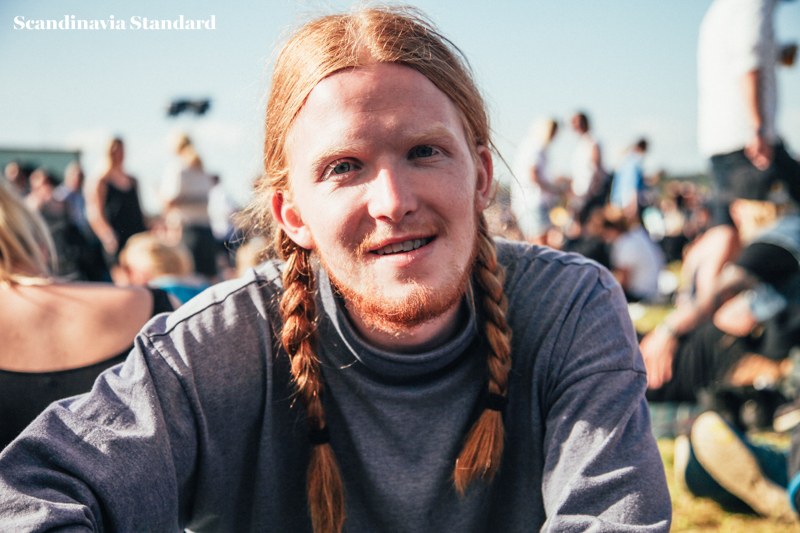 It strikes me when this festival madness takes hold, the world outside seems strange and slow. When you leave the festival and see people shopping for a new shirt or getting a haircut, it seems sad that they have to exist in such a mundane reality. At Northside festival there is nothing but the next beer, the next meal, the next talk with a complete stranger, the next flirt, the next song and a sense of total freedom.

There is no tomorrow or bills, weight gain, health issues, kids, parents or grades to worry about. There is just this moment and then the next. No need to think about your problems outside the festival: they will be there when the music stops and the three day binge catches up with you.

This is why you should attend festivals in Denmark. They are an oasis of madness in a lifetime of wanting to be reserved and polite.

In the great tradition of Danish summer, we experienced extreme cold at night, blazing sun in the day and a near-tsunami of rain during the festival which made it hard to dress properly. Luckily, Northside is not a camping festival so we had the opportunity to clean-up in an apartment and rub after-sun lotion on our pale Danish skin.

I recommend Northside festival to anybody who likes a crazy party but enjoys a warm comfy bed and a real shower afterwards. But bring lots of cash because that kind of luxury is gonna cost you. 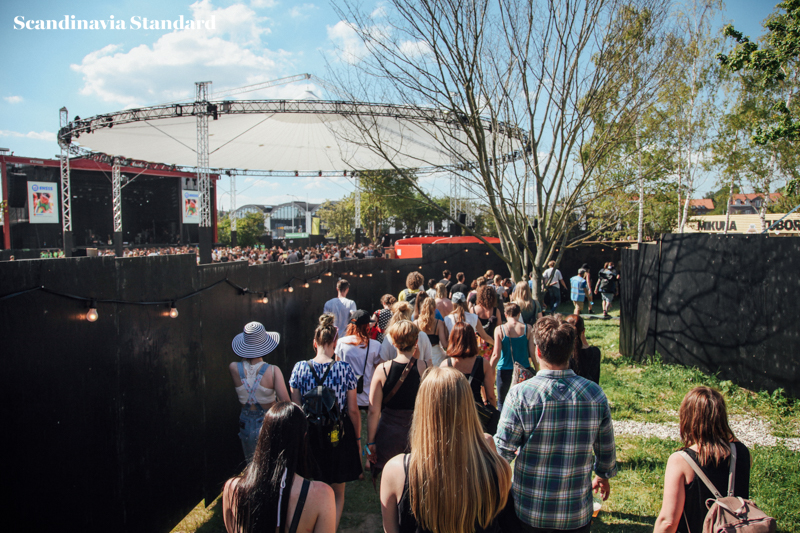 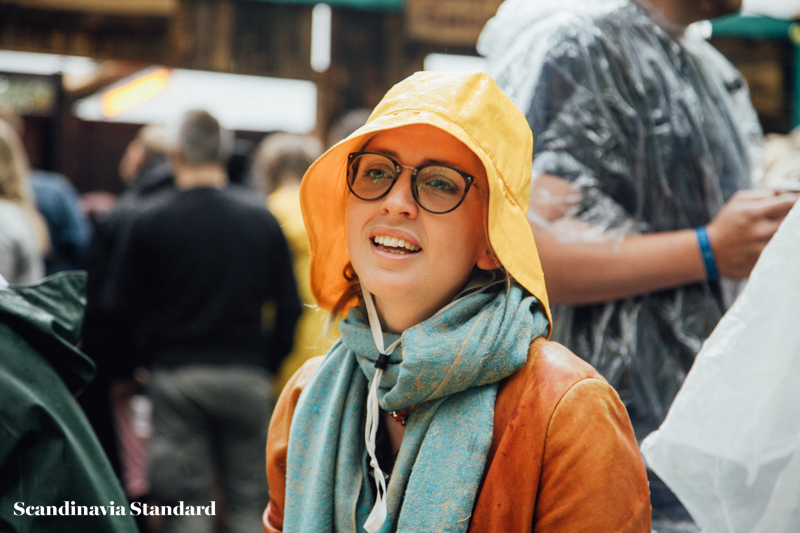 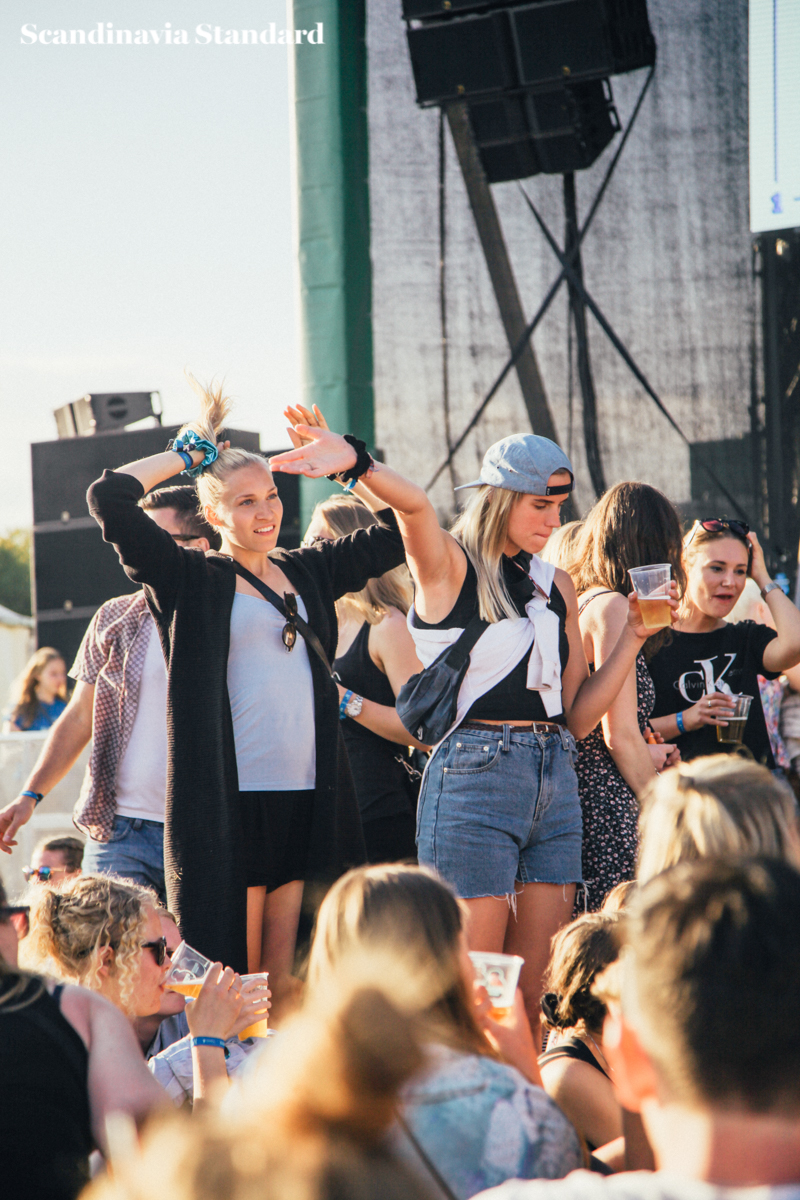 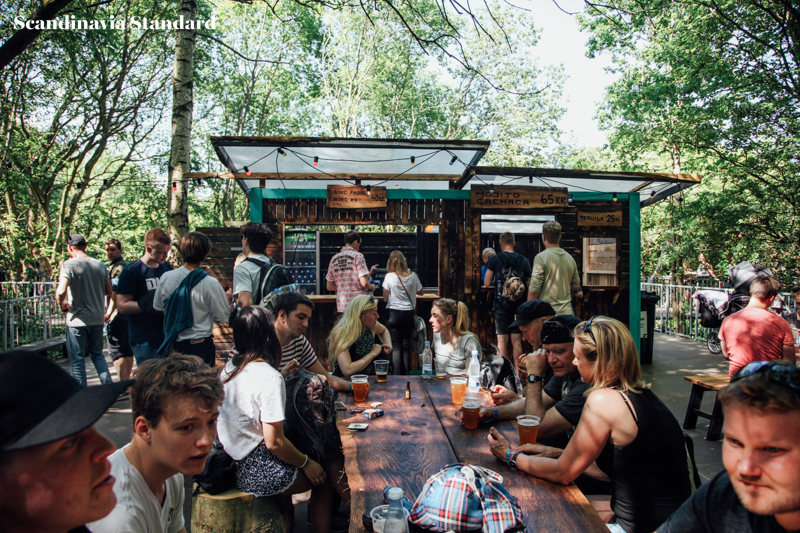 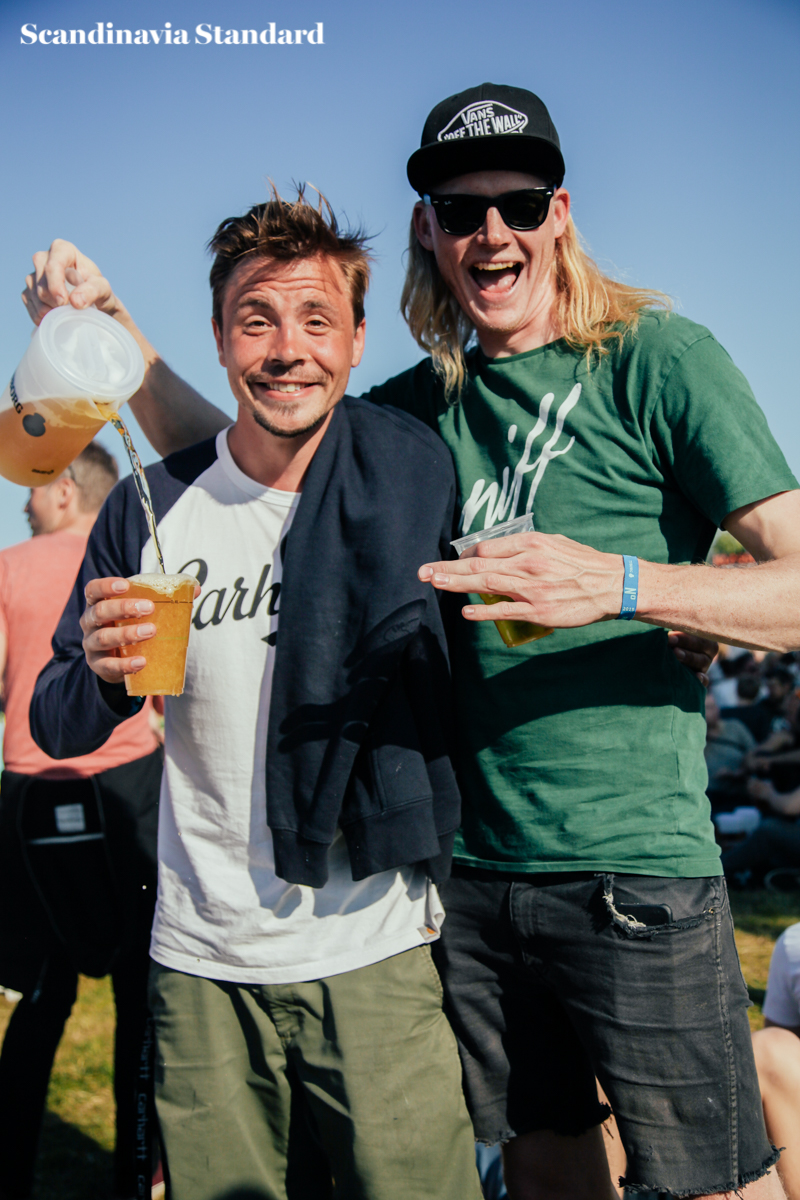 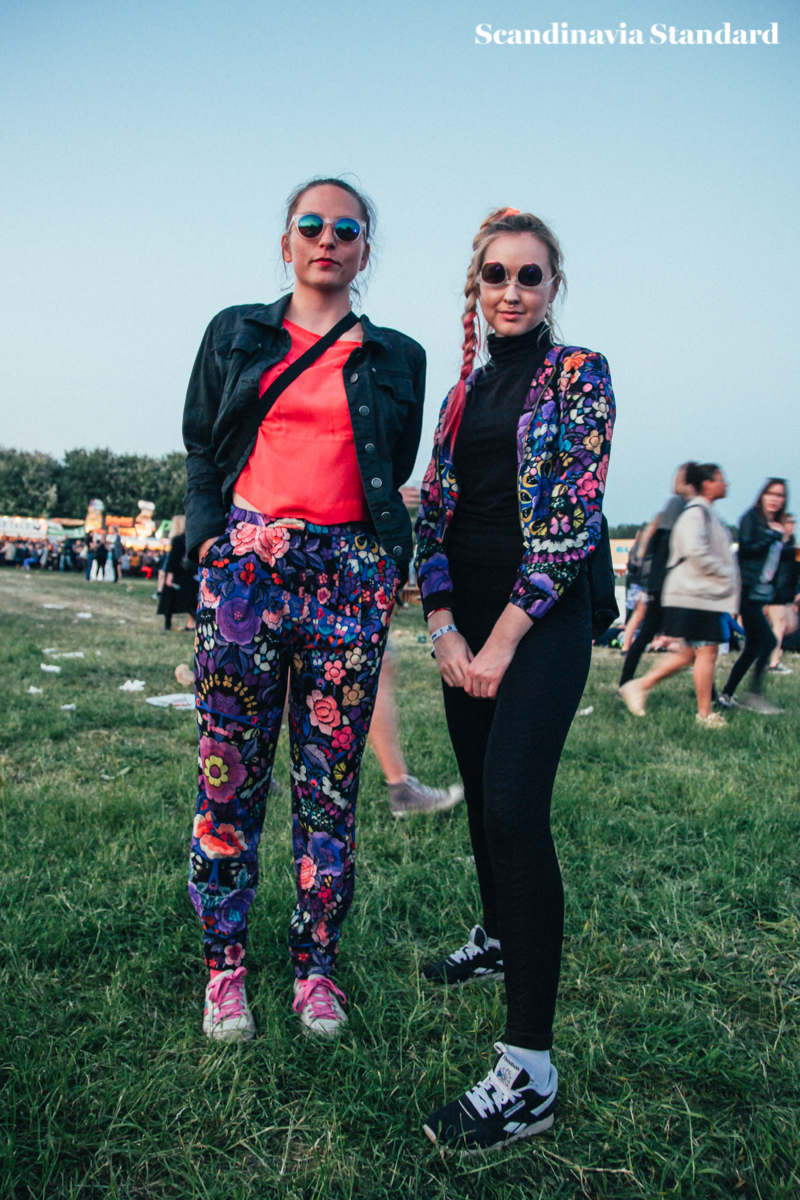 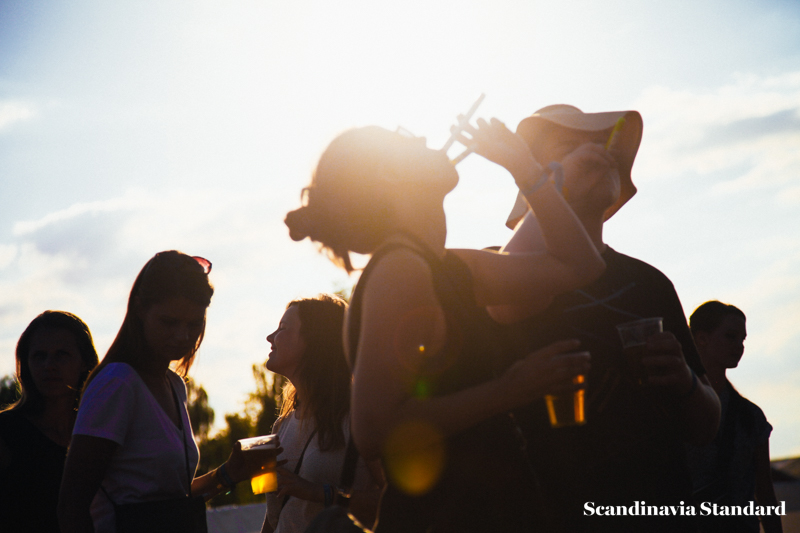 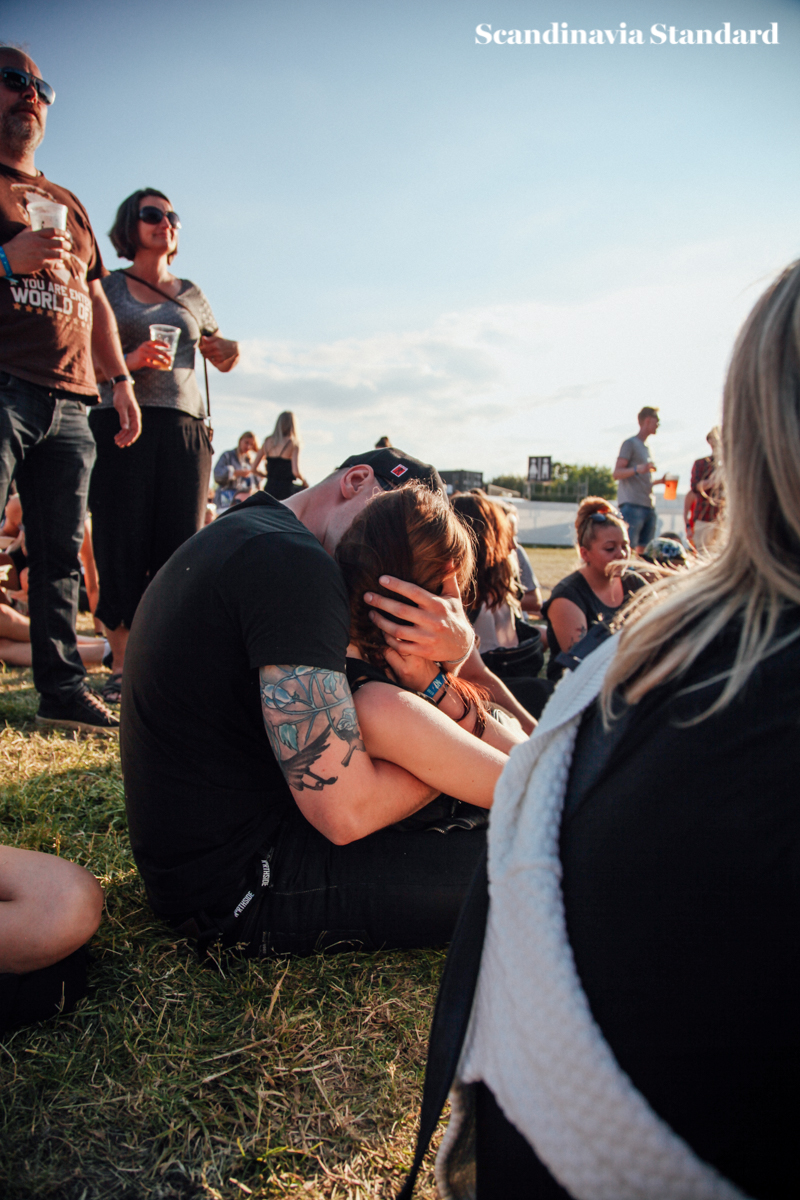 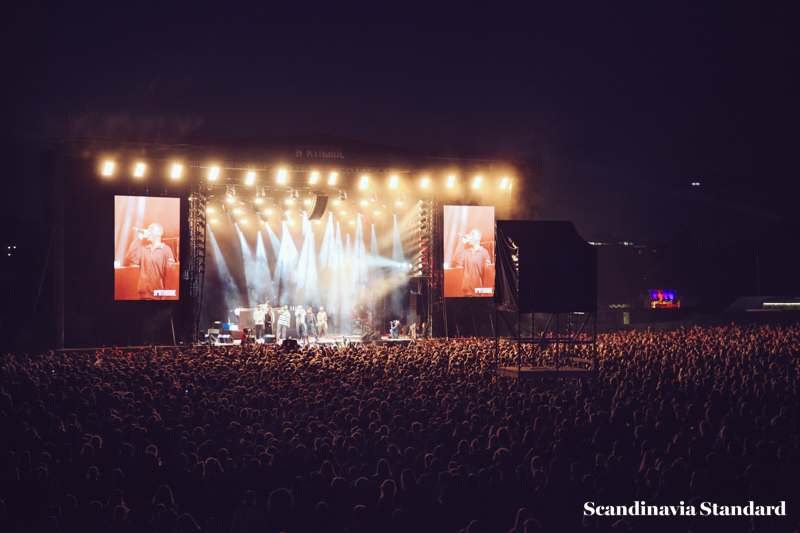 Did you attend Northside Festival? Tell us about your experiences!