This year’s Roskilde Festival was held hostage under threat of rain, and even though the gathering cumulonimbus clouds only made good on their promise on Friday, it somehow felt like it rained the whole time. Just a little drizzle, a mental drizzle. Maybe it’s because Denmark hasn’t seen the sunshine in a few weeks, maybe it’s because top-billed A Tribe Called Quest (and Blink 182, but we don’t need to talk about it) pulled out at the last minute, maybe I’m really not reading the room, but this festival felt a little subdued.

That’s not necessarily a bad thing. Roskilde Festival is a commitment, so pacing yourself is key. In previous years, we would beat ourselves up if we didn’t make it to every show that we’d wanted to see – even ones that were happening at the same time. This year, we were a little more gentle with ourselves, and the result was that we were able to immerse ourselves in the shows and aspects of the festival that made us feel great.

Which is not to say it wasn’t hectic. It was dirty, wet, surreal, fun, inspiring, filled with late nights and bright lights and booming base. It was, after all, Roskilde Festival.

Here’s what just happened (we think) at this year’s festival:

The first day of the festival is always a weird one. No matter how early you get to the train station, you will be late and you will miss the first concert you wanted to see. Though we’d been keen to hear Warpaint and Madame Ghandi, it wasn’t in the cards for us.

Instead, we got ourselves situated and headed to The Weeknd, who started out with “Starboy” and only went up from there. The light, Michael Jackson-esque voice and beats made the sound perfect for Orange stage, a notoriously hard space to play, but that unfortunately meant some of the darkness of his lyrics was lost to the dance party-vibe. His band was on a platform so Weeknd had the stage to himself and he owned it.

We saw Kevin Morby last and it was a great way to end the night; chilled out music by a chilled out guy.

Thursday started out with a food tour, which we highly recommend as a way to start any day, festival or no. Australian singer/songwriter Julia Jacklin was one of the first performances of the day (hey Roskilde, try putting some of the emerging female artists on later!). She’s been collaborating with others on the scene for years, but it’s only since going solo that she’s really broken through, in no small part thanks to her soulful voice.

All on at the same time were Lorenzo Woodrose, frontman of the classic Danish psych-rock band Baby Woodrose, Norwegian pop singer Sigrid, and all-female collaborative show Hun Solo. We were able to catch glimpses of all and were inspired by the Hun Solo show. 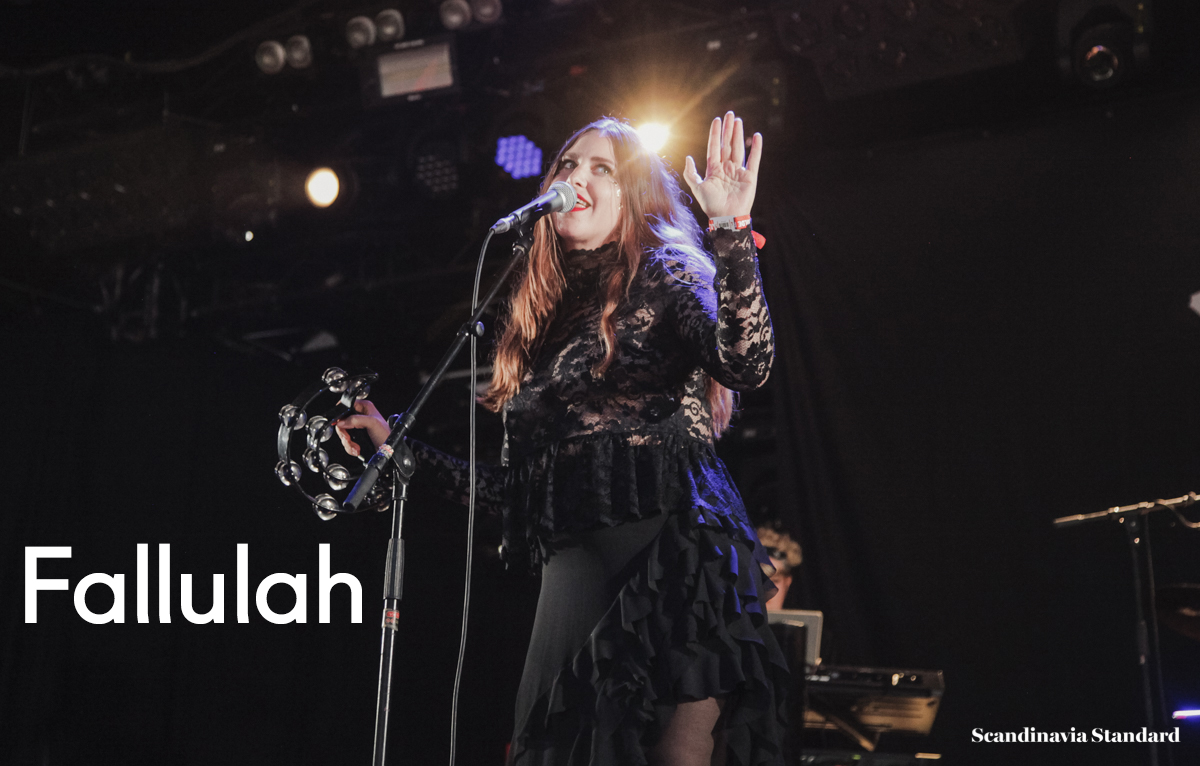 Next up was Margo Price at the cosy Avalon stage. With a band that can absolutely slay and a voice reminiscent of Janis Joplin-meets-Bonnie Raitt, Price is the star that American country music needs right now. Her tongue-in-cheek, self-deprecating lyrics and strong stage presence make her a stand-out not only in the country genre, but as a musician in general. 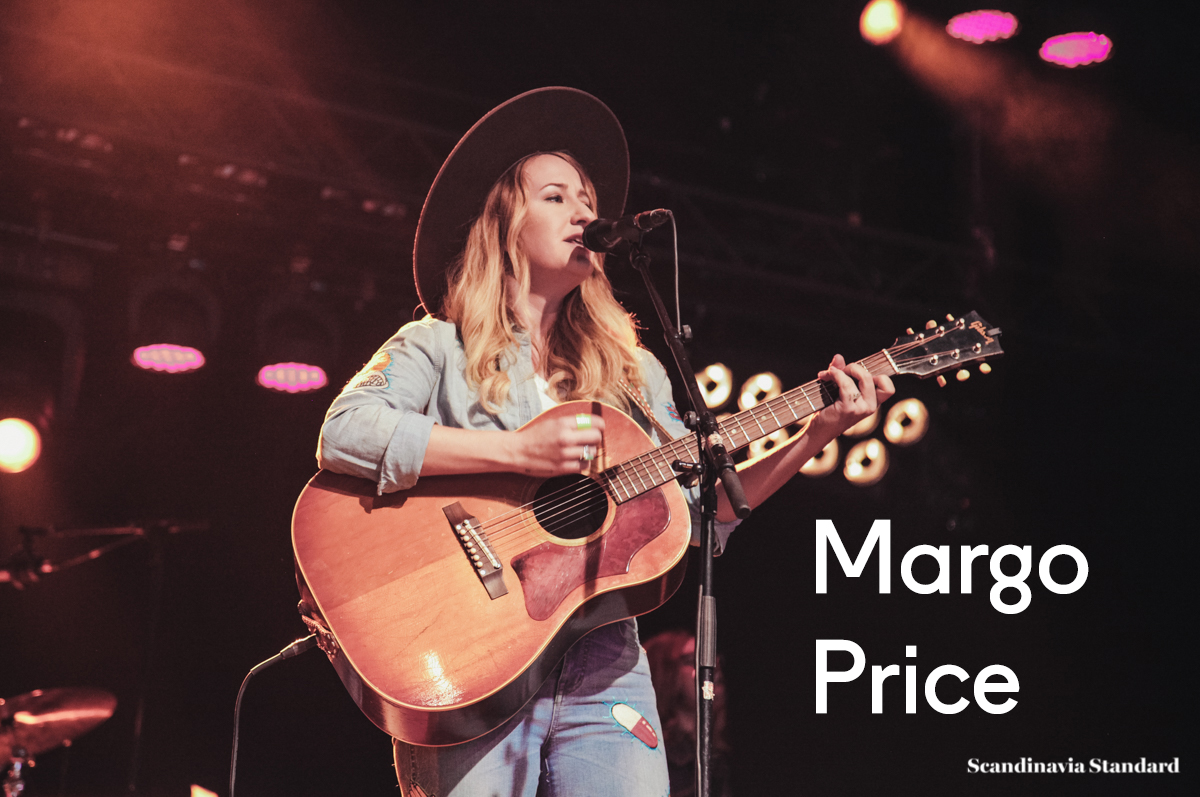 Finally! It was 7 pm and it was time to see Solange, the show we’d been waiting for all festival. Solange’s concert was an art piece: inspired lighting, set design and costume design accompanied her badass backing band and ethereal vocals. There was not a single misstep in the whole performance, which was greater than the sum of its parts; it transcended its highly-structured skeleton to be a rocking, fun gig. When Solange spoke about having to fly home to her son and husband, then fly back to tour locations, on a consistent basis, it was a moment of exhausted truth that seemed to fortify her further. Sharing with those on stage and those in attendance seems to be an exchange of energy for Solange, and it was incredible feel that.

Taking their rightful place on Orange stage,The xx filled every corner of the area with their strong, minimalist electro-meets-pop sound. It was a fun, dance-worthy performance and the crowd was into it – at Orange, there’s nothing better than that.

Nas started at 1:30 in the morning and we are above the age of 30, so that didn’t happen. Ditto Jesus and Mary Chain (they went on at 2:00 am). Both of these are artists we would pay good money to see on their own, so not making it to the concerts was a loss. Sometimes you’ve gotta know when to pack it in so you can live to rave another day. 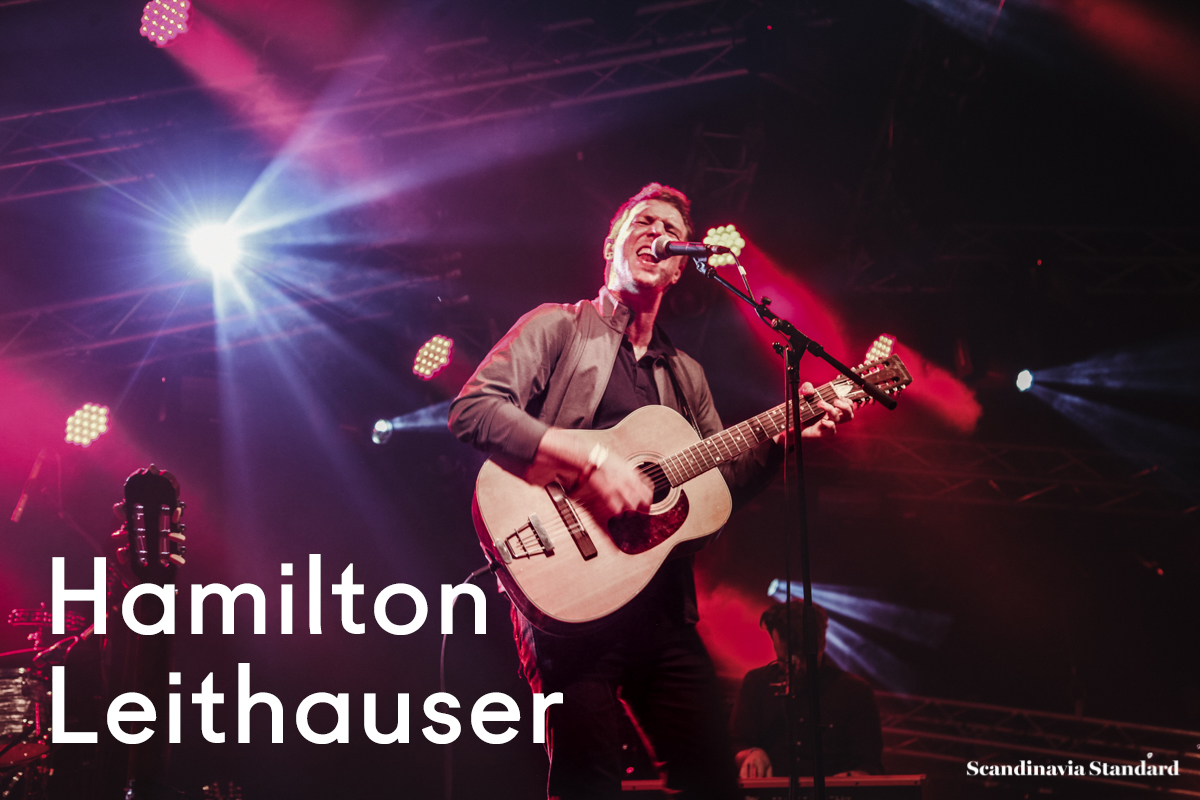 Friday was rain, rain, go away, all day. Danish darling First Hate was first up at the (unfortunately) open-air Apollo stage. But a little rain wasn’t going to dampen this crowd, who came to see frontman Anton Falck bust out some moves (boy can move) and Joakim Nørgaard lay down beats. It was the perfect way to get hyped for the day, and we needed it, because the rain was not stopping.

Folksy singer Karen Elson gave an intimate, ethereal performance at Avalon. Uber-talented poet and rapper Noname drew an impressive, adoring crowd at Apollo. Our inner high school punks were excited to see Against Me! and they did not disappoint; head-bangingly, face-meltingly good.

The day ended with queen capturer-of-the-Zeitgeist Lorde at Arena stage, which was the perfect mid-size space for her, as with Solange. It kept the concert feeling somewhat intimate while allowing for the huge crowd that was excited to see their favorite sardonic pop star. Lorde’s stellar lyrics aside, she sounded strong and owned the stage, making for an engrossing performane.

And suddenly, it was all over. Norwegian artist Jenny Hval – formerly Rockettothesky – recently put out her latest pop-meets-avant-garde album, “Blood Bitch,” in which she explores menstruation and vampires. It’s as badass as it sounds, and her stage presence is a mix of painfully drawn out introversion and explosive noise.

Krept & Konan, the south London rap/trap/grime duo, put on a high-energy show at Apollo, showcasing their excellent lyrical skills and seemingly-telepathic connection that keeps the performance popping. Also at Apollo and finally doing his own thing, Cashmere Cat put on the danceable show that we all needed to get pumped for the day. Sure it was muddy, but that’s what gumboots are for.

Ice Cube had the difficult task of performing at Orange Stage, a space difficult enough to fill if you’re a seven-piece band (more on that later), and incredibly his voice was clear as a goddamn bell. Cube closed the show with “Today Was a Good Day,” then changed his mind, instead ending with “Fuck the Police,” noting, “It’s a good day for me, but it’s not a good day for everyone.” Even though it’s a song we’ve heard a million times since it was released in 1988 (well, we were two years old, so we probably only started listening a year later than that), given the current political climate and recent spike in visibility of police brutality in the USA, the song felt especially relevant, raw and righteous. It was a passionate and emotional way to end, and the sun came out just for that moment.

By the time Arcade Fire hit Orange Stage, it felt like Roskilde had reached a heady buzz from a mixture of too many days of hangovers, a flash of sunshine and a day full of inspiring performances. Journalist Lena Rutowski says, “the colorful gig was high energy, with the seven-piece trading instruments on-stage and dancing their socks off to their emotionally-wrenching tunes. A highlight was their matching gear emblazoned with “Everything Now.” It was a visual reminder that this is is not about rock stars; Arcade fire are a cohesive act who play like a team to deliver an outstanding show.”

It’s telling that in a festival featuring big names like Ice Cube, Arcade Fire and Lorde, Danish classic rock bands Baby Woodrose and Sort Sol were the real festival closers. These are the bands that Danes will show up for no matter the time or place, and they always make it worthwhile. Roskilde is, at its core, a truly Danish festival. Så: vi ses næste gang Roskilde, det var dejligt at se dig.