The nights are drawing in thick n fast, but that doesn’t mean it’s quite time to hibernate under a woollen blanket with back-to-back Girls reruns. Although, that does all sound super hygge; and you know, we will always support any kind of cosy endeavour! Put simply though: there’s a whole lot happening in Copenhagen this month. So we’re just gonna leave this calendar here, in case you crawl out from your makeshift cave and need something to fill that in-between-episodes vacuum.

Here’s what’s going down this month:

THE COLOUR RUN AT NIGHT

It’s all about the high-vis at Zulu’s 5km night colour run; racers will speed through the night like little fire flies on acid, complete with funky headlamps and glow-in-the-dark paint. And once the trek is over, then the raving begins – bring glow sticks, your disco spirit and lots of stamina!

One of the world’s oldest LGBTQ film festivals, Mix, celebrates diverse Copenhagen with a bustling programme of 93 screenings, events and debates taking place all over the city’s cinemas. You’ll also get a chance to hear stories from LGBTQ communities all over the world who face life-threatening challenges, every day.

It’s Vesterbro’s premier beer bar’s birthday – just try saying that after a few pints – so naturally they’re celebrating with a tap takeover by some choice American brewers. On Saturday, 18th Street – Indiana’s number one new brewer – will be manning the taps, followed on the Sunday by a free hog roast, live music and liquid sustenance from Michigan brewers B. Nectar and Chicagoan Pipeworks. 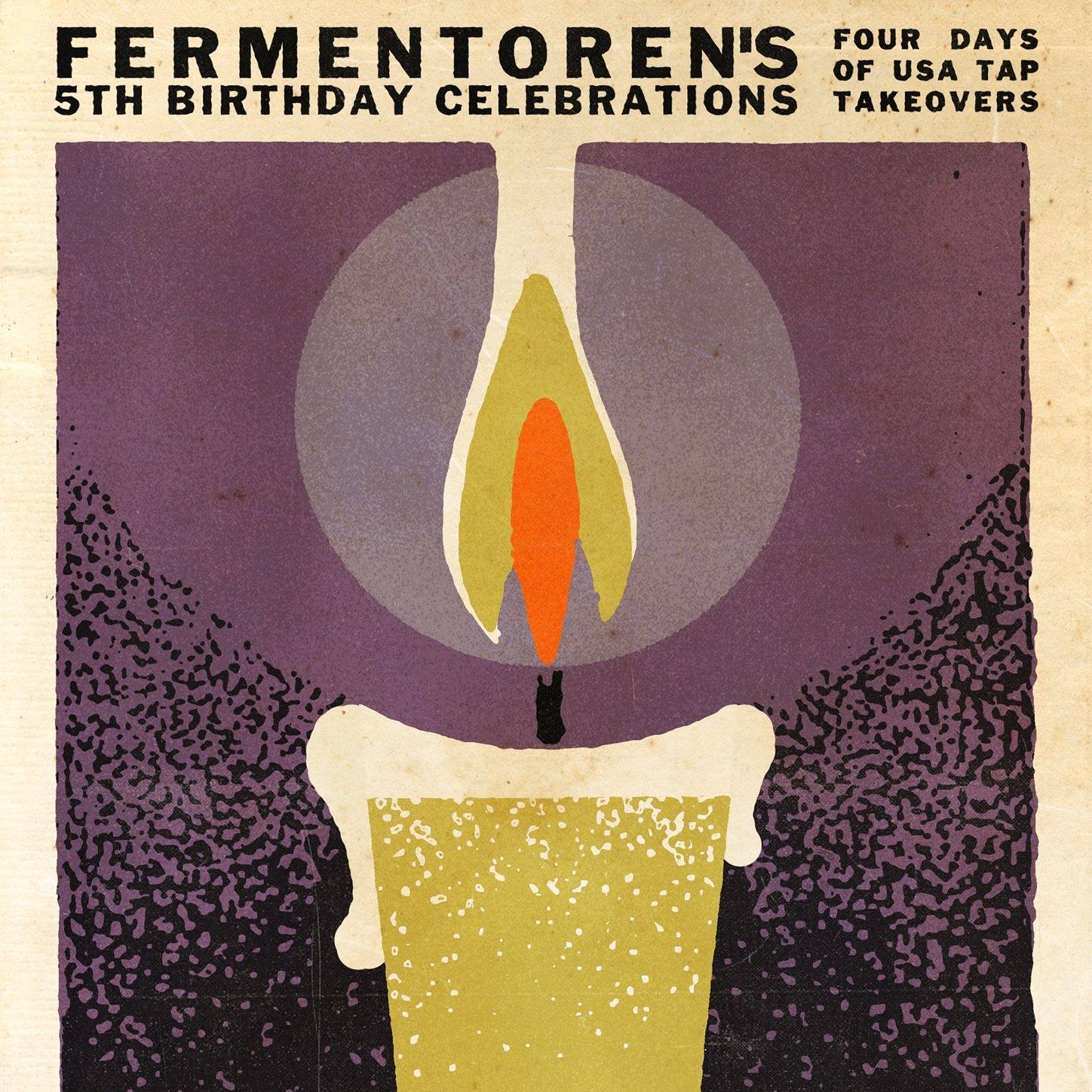 Now Autumn is upon us, inevitably it brings with it some change. Namely the big switch from outdoor to indoor flea markets. If you think you can handle that, get down to Absalon – the former church, turned culture centre – and have a good ol’ rummage. The whacky interiors – designed by artist Tal R – will undoubtedly brighten up your Sunday too! 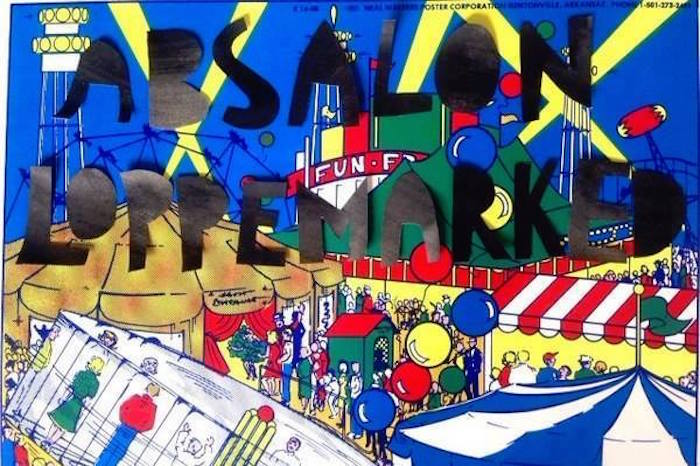 Mix – as part of its LGBTQ film festival – presents a series of panel debates. The first examines the idea of gender: what it means for an individual to be assigned to a particular gender and how this affects their notion of identity.

Nobel prize nominees, David Matas and David Kilgour, investigate the black market trading of organs in China’s state-run hospitals, and uncover some horrifying truths in this hard-hitting doc. A grizzly watch about human rights violations by one of the world’s superpowers.

The Google Maps address for this event reads: the Chocolate factory. Just think about that for a second, you could actually realise that long lusted after childhood dream of yours. OK, maybe Gene Wilder doesn’t hang out in Hvidovre, but still, you can gorge on bars of ‘Grainy Gus’ and ‘Salty Fred’ – which still sounds hella fun! 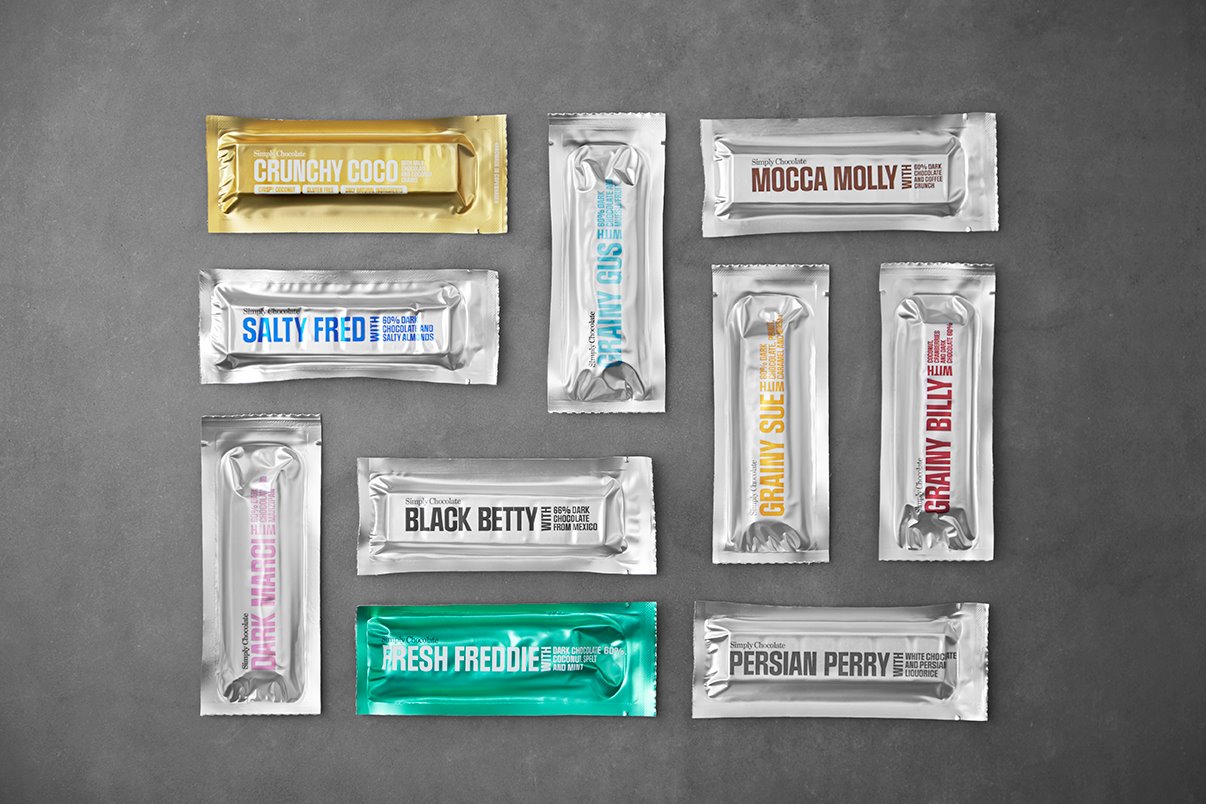 Get down and sensory at Søndermarken where stunning light installations – created by both Danish and international artists – will illuminate the park, cisterns and surrounding trees for three nights. Check out the ‘light talks’ too if your big into danish light design. 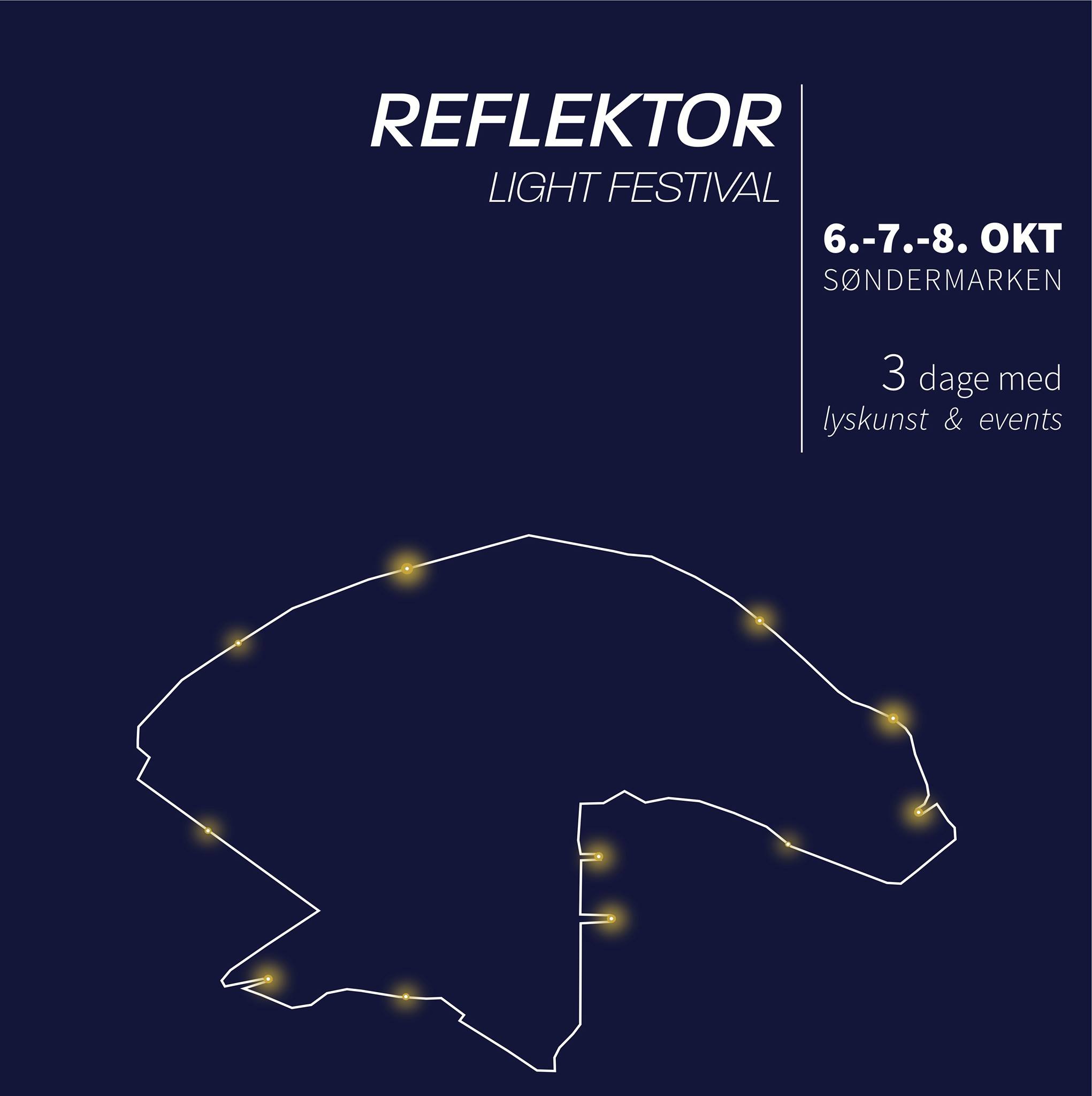 Snap up some minimalist bargains from Danish fashion house, Won Hundred. The sale offers a not-too-shabby 80% reduction on both men’s and women’s clothes, so you can get all fancy on way less! 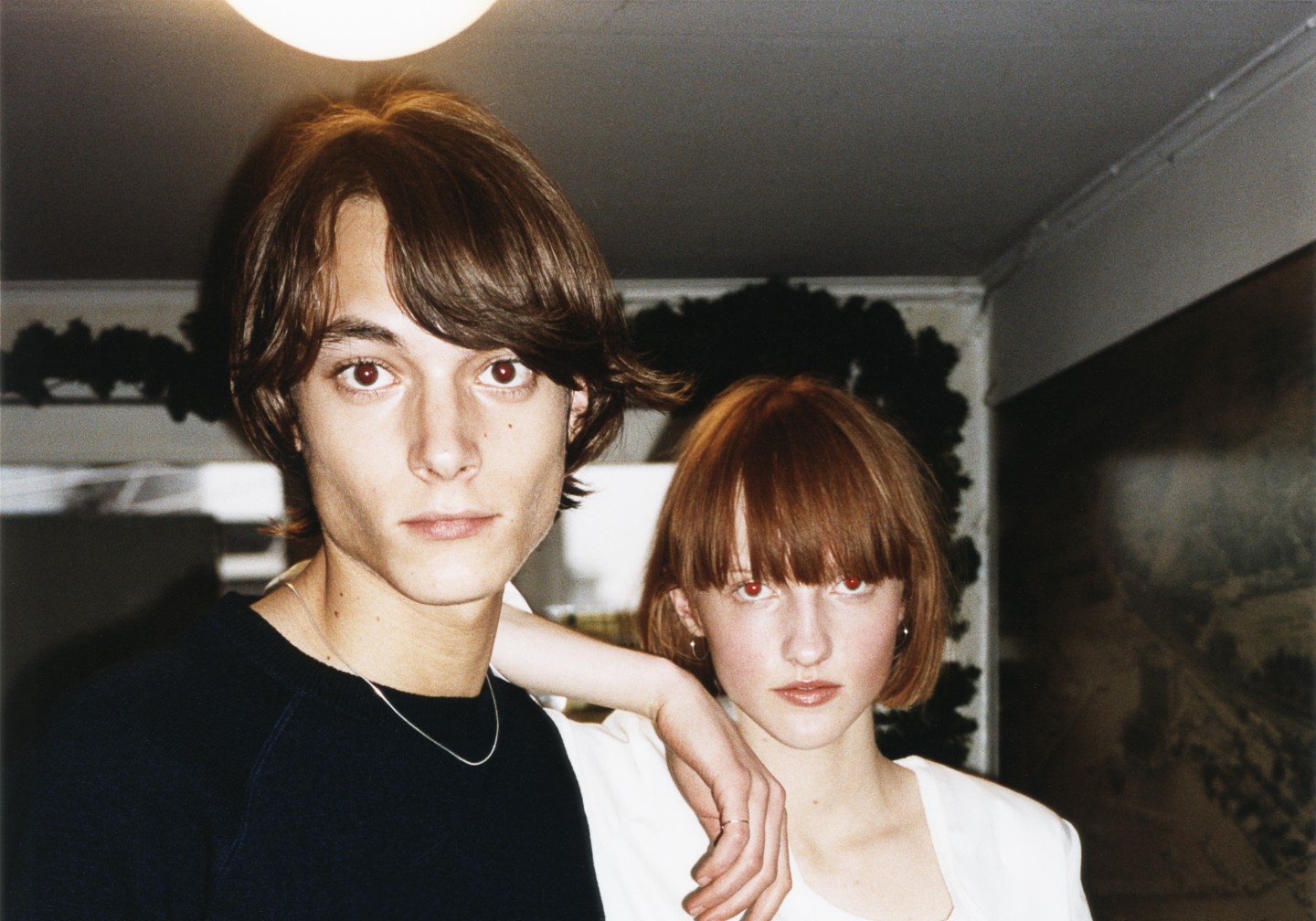 Poignant indiefolk ensemble, Daughter, will haunt the very core of your soul with their hyper-emotional lyrics and dramatic sounds. Bring tissues.

SOUL SOUP AT THE CARIBBEAN HOUSEWIFE

Soup season is here! And although that inevitably means layers and gloves, we’re secretly super (geddit?!) excited because we get to warm our cockles at new vegan soup bar, The Caribbean Housewife! The opening party will be in collaboration with Danish artist, Jeannette Ehlers, where there’ll be tastings and fun beats! 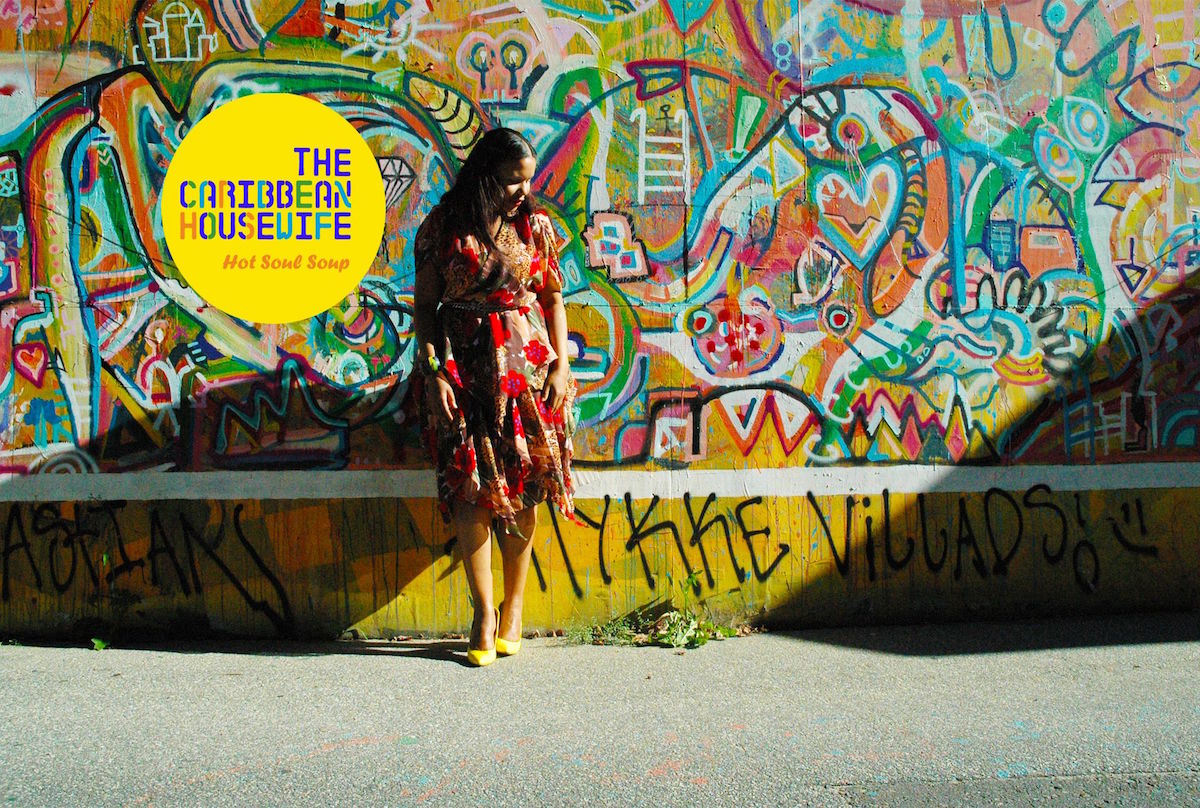 The cult podcast, Welcome to Night Vale, returns to Bremen with a new live show, Ghost Stories. Bringing along with it more bizarre and creepy tales from the eerie town of Night Vale. This is one for the Stranger Things fans – a perfect antidote to filling that gaping hole in your heart!

GOAT AT THE GREY HALL, CHRISTIANIA

Psychedelic Swedish collective, Goat, bring their voodoo masks and magic rituals to Christiania for the evening. And in fitting fashion, The Wands, offer support with their 70s infused psych-rock.

Full-blown Autumnal feels come to Tivoli when 20,000 pumpkins are installed in the fun fair’s grounds until November. You can also have a gander at Demark’s biggest pumpkin! What fool said we’re only known for our good design and rye bread huh? 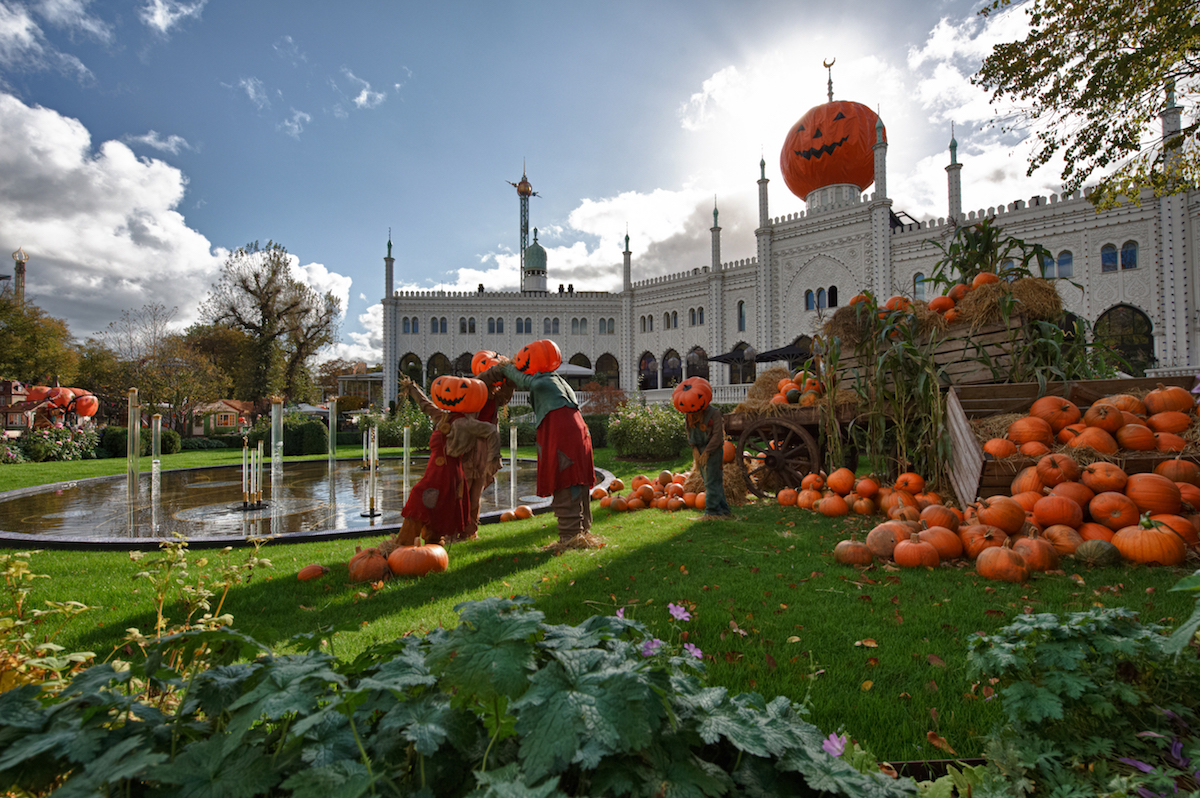 CULTURE NIGHT: ALL OVER COPENHAGEN

Ever fancied partying with drag queens in your public library over night? Answer: why only in our sassiest dreams, of course!! This is the evening to do just that, and a whole lot more; it’s your annual opportunity to get an all-areas-access-pass to Copenhagen’s cultural institutions. So go ahead, poke around! 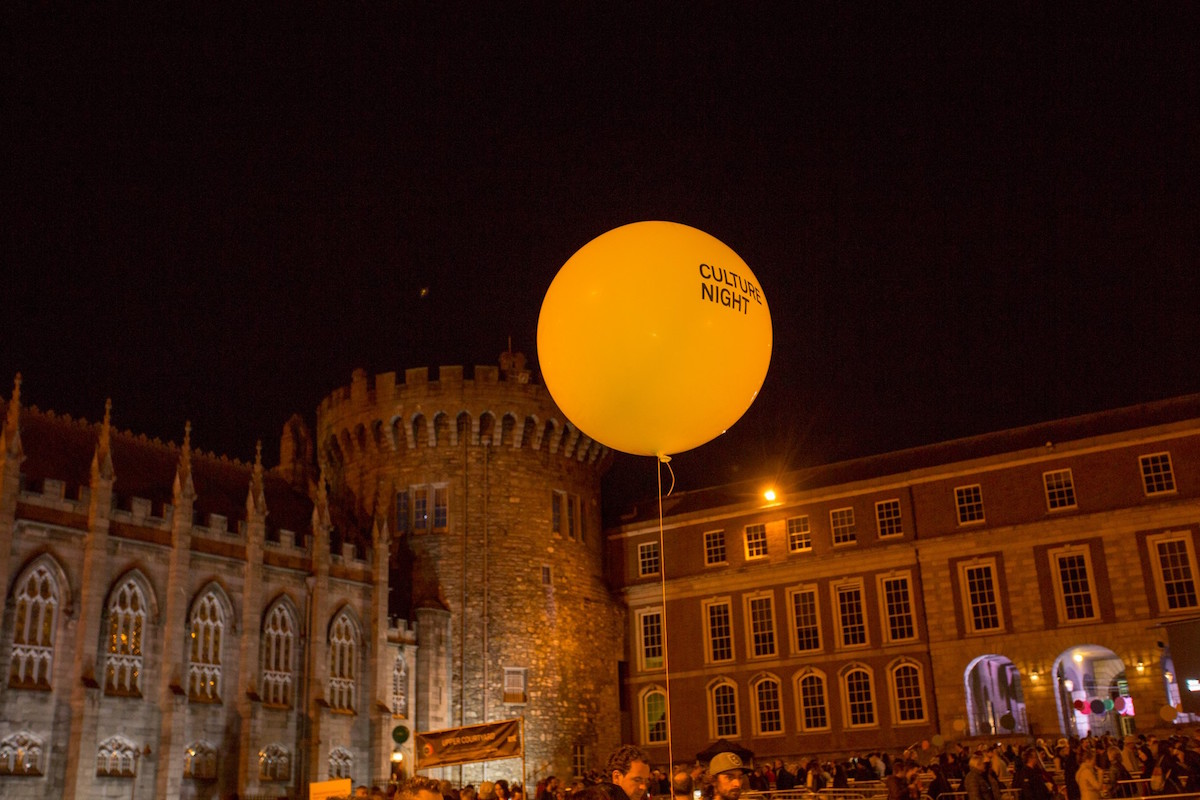 DANISH ON A SUNDAY: THE MODEL AT CINEMATEKET

Emma, a naive young girl from suburban Denmark, gets the opportunity of a lifetime to fulfil her dreams of becoming a top model in Paris. But she soon realises the world of fashion is not what it seems. After falling for charming photographer, Shane White, the relationship soon turns sour and Emma cascades down a dark spiral of obsession. An easy on the eyes cinema session – perfect for a hungover Sunday!

For all those big kids with design-in-mind looking for any excuse to construct their mini-kingdoms, the time has come! The Danish Architecture Centre are hosting a Lego Night with booze and tunes; beer and bricks is a sure interesting combo. 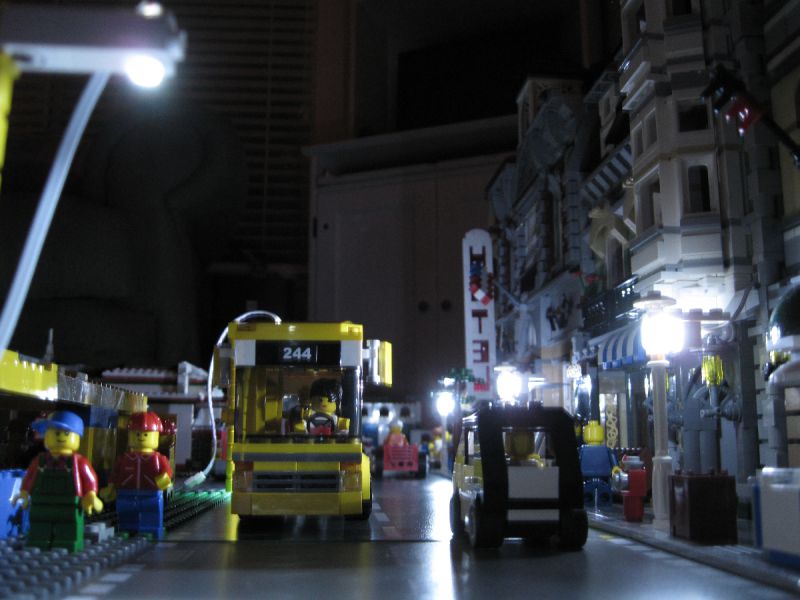 Support non-mainstream media; grab your stapler and come celebrate all things self-published at CPH Zine Fest. There’ll be local and international DIY presses there to cater to all your fanatical needs. Admission is free.

A seriously dark fantasy film – from the directors of Labyrinth – about a brave little gelfling, Jen, and his quest to save the planet Thra from the evil Skeksis. A fantastical tale with surreal puppetry; also starring Fizzgig, possibly the cutest monster to ever grace the cinematic screen.

DANISH ON A SUNDAY: PUSHER AT CINEMATEKET

The gritty thriller, Pusher – a film that helped launch Mads Mikkelsen’s career – comes to Cinemateket. Frank, played by Kim Bodnia – of the Bridge fame – is a Copenhagen drug dealer who, along with his sidekick Tonny (Mikkelsen), botch a deal and find themselves in freefall when they can’t come up with the cash. Expect some impressive shell suit wearing and shots of Copenhagen in the 90s.

Sparkly, bubblegum-beats from the synth-pop heroes who brought us hits like ‘Not In Love’ and
‘Untrust us’.

Beautiful scandi-interiors for your home, on the cheap. Go and get a bargain! 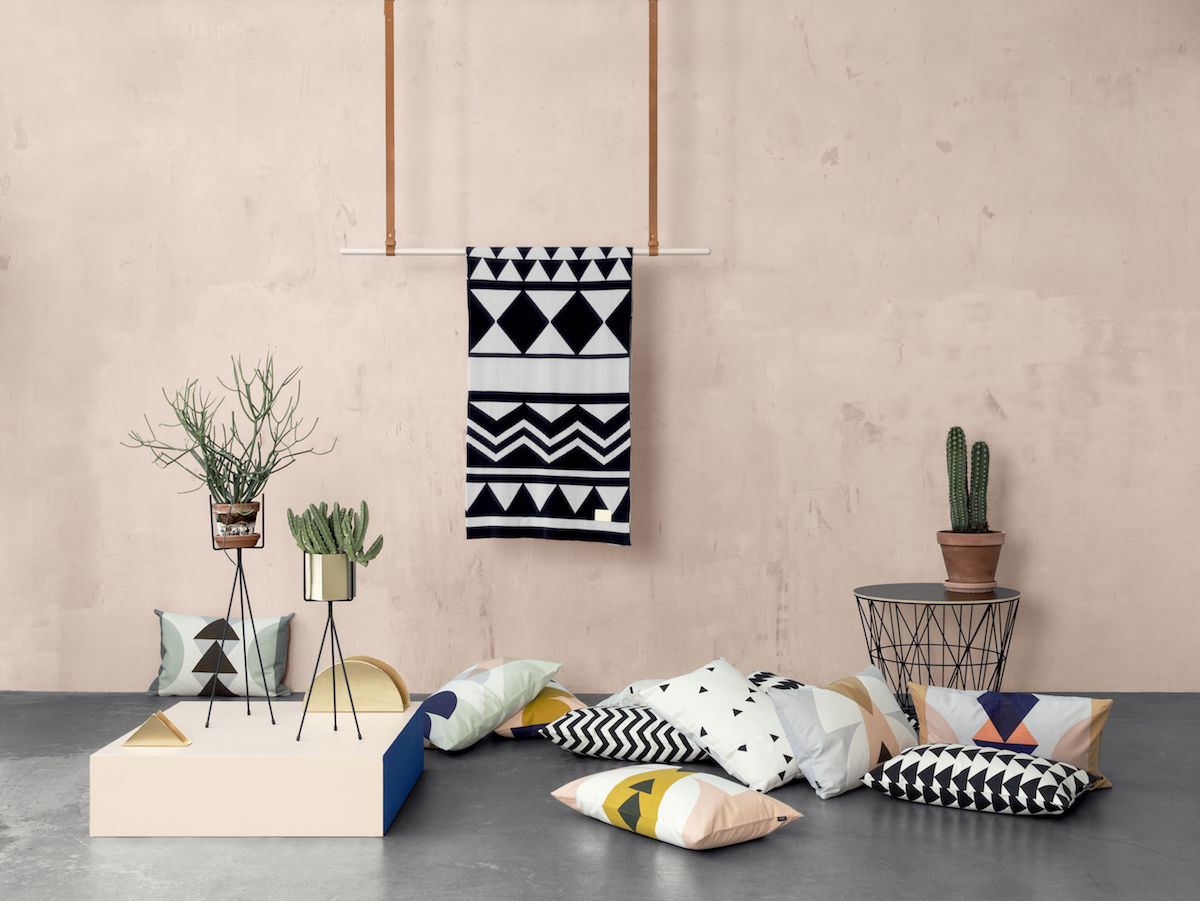 CPH PIX film festival returns for an 8th year even bigger than before with their recent merger with BUSTER Film Festival for Children and Youth. Over 200 films will be screened as well as some not-to-be-missed cinematic concerts! Check out the full programme here.

Get your ghoul on at Carlsberg when the brewery turns into unhallowed ground for the night with a grill, DJs and obviously, copious amounts of beer! Free admission and students get 20% discount on food and drink. 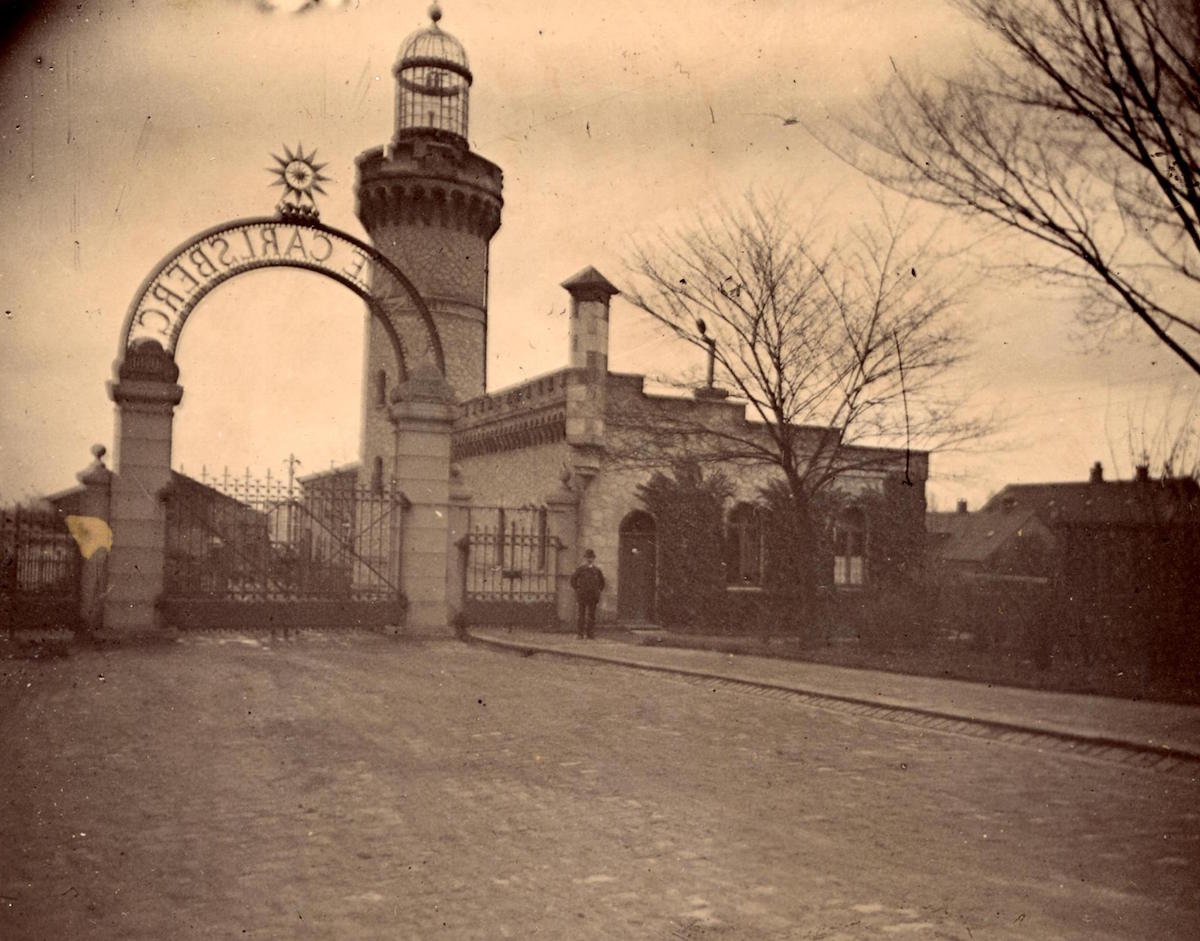 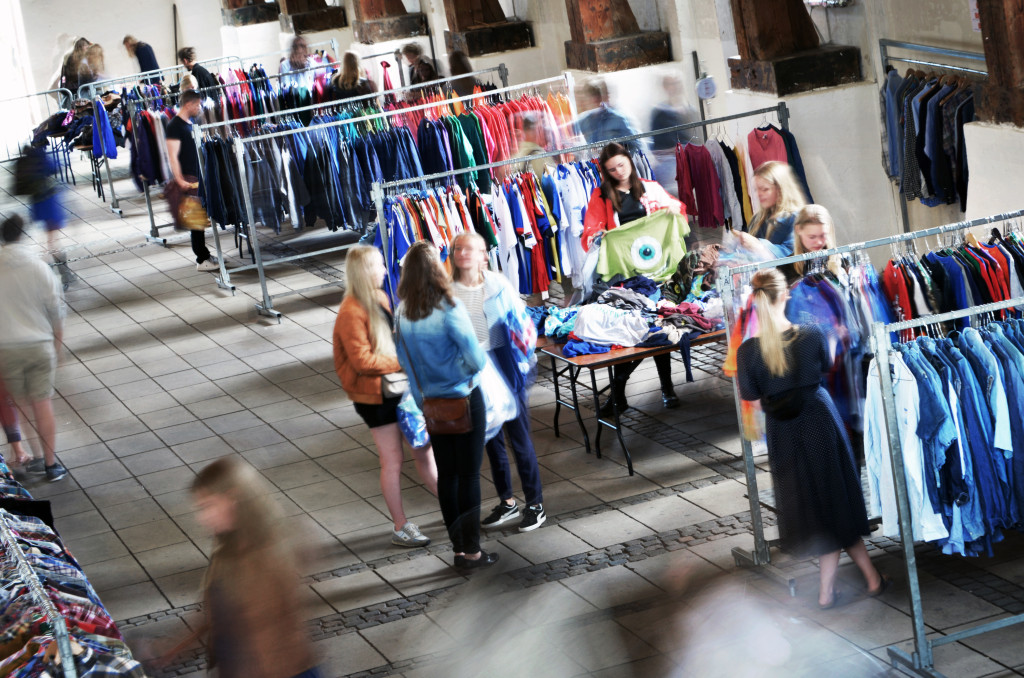 The prolific practice Cobe – responsible for the new Nørreport Station, Israels Plads, and the Roskilde rock museum – have well and truly hankered themselves into Copenhagen’s urban spaces. Now they want you to pull up a pew at their new exhibition opening this month at the Danish Architecture Centre which will explore Cobe’s most significant projects over the past ten years. It’s on until 8th January.