September brings with it not only early autumn chills, but also a broad selection of events. Helsinki is hosting its previously-delayed Pride Week, and traditional September events such as Helsinki Design Week are also happening. And of course there are individual events such as concerts, art shows, film screenings, and more as well.

Here’s everything happening in Helsinki this September:

Bar Loose continues to be a hotspot for live local indie music, this time bringing on stage bands Keltainen Kissa, Bad Sauna, and Likaiset Pikkarit. The sound will be loud, honest, and very rockable. Tickets are €7.

Karanteenikino: The Day of the Triffids

As part of their Karanteenikino (Quarantine Kino) program, Theatre WHS Union is dusting off an old classic – British B-movie horror film The Day of the Triffids. The film will the shown in its 35mm format. Tickets are €9. 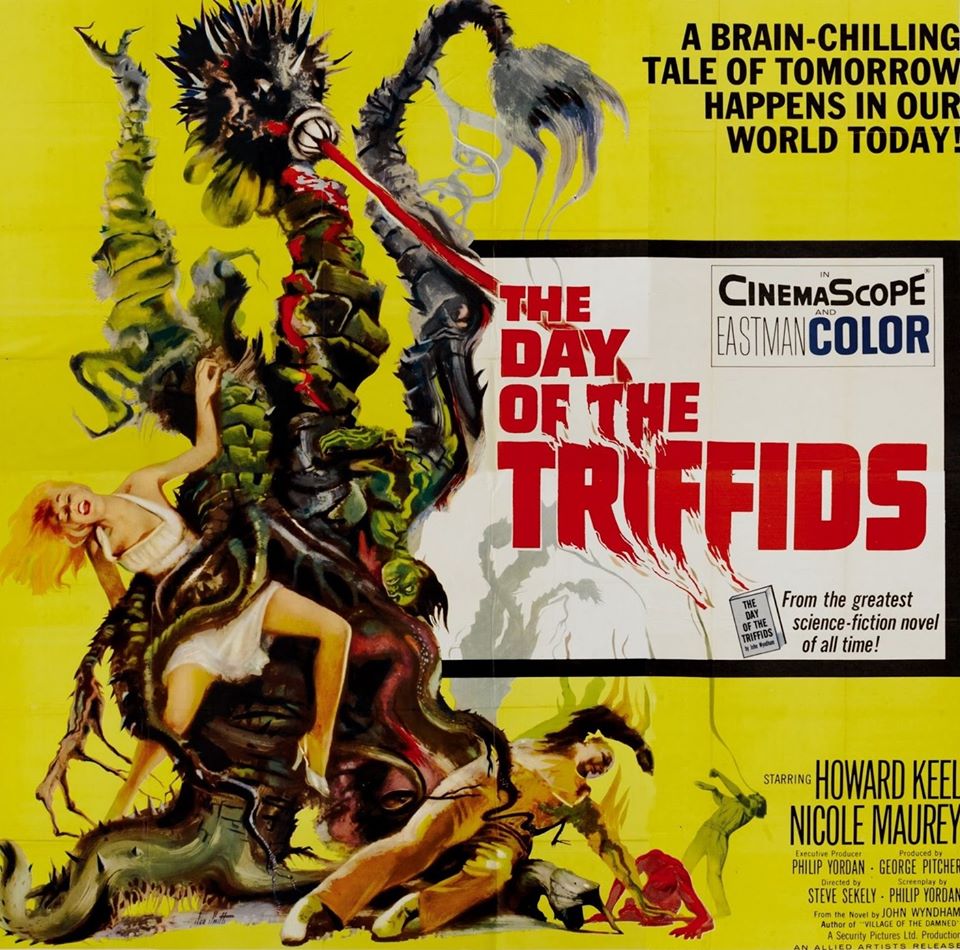 Karina, a Finnish dream-pop duo comprised of Karin Mäkiranta and Helmi Tikkanen, is celebrating their second studio album “2.” Karina’s first album was critically acclaimed, being called “one of the best Finnish debut albums in years.” Tickets are €25. 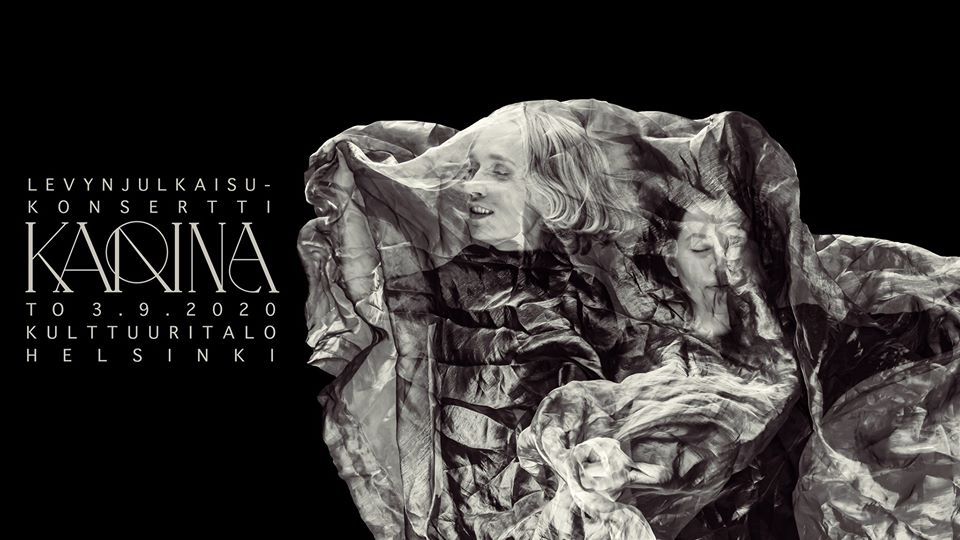 LOVI Ambient Club regularly hosts nights filled with ambient and experimental music. After a break, it’s back at Konepaja Biergarden with Heikki Lindgren & Antti Tolvi, Rihmasto, and Jolea. Visuals will be handled by Westerlund and Folded Visuals, and DJing by Elias P. Tickets TBA. 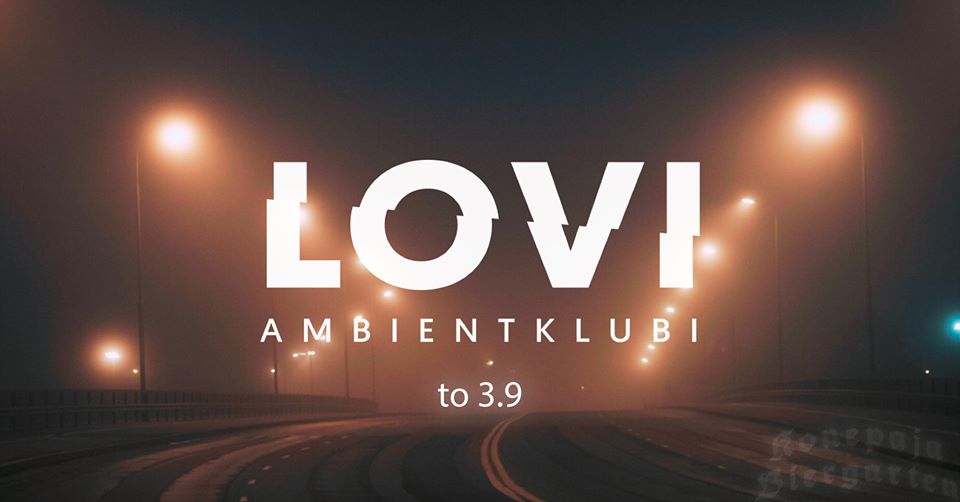 Evenings of the Cats

Each year Korkeasaari Zoo holds events after-hours for a better chance to see nocturnally active animals, like big cats. This year the events are limited to 3 weekends in September. Come and see animals being fed while being lit up for light art – and know that proceeds from tickets go to big cat conservation. Tickets are €16. 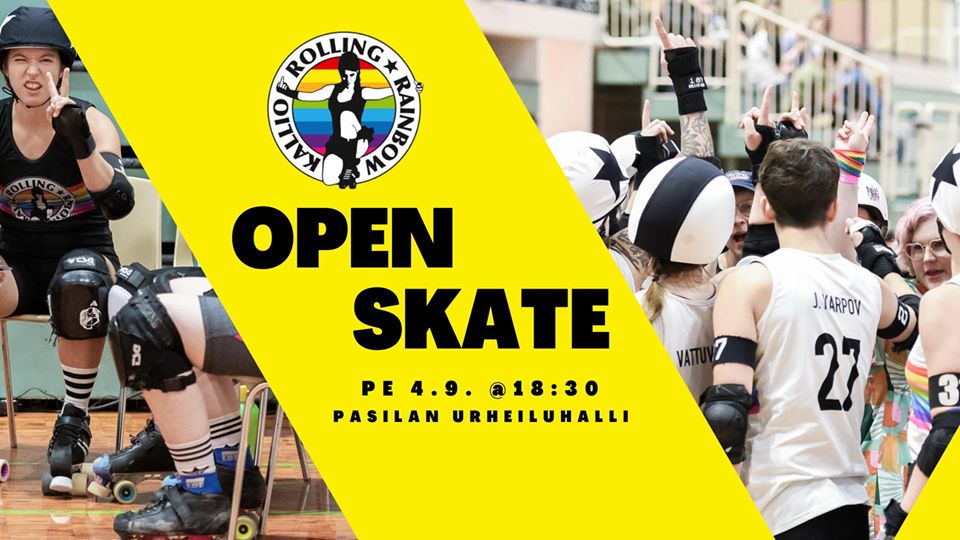 The Helsinki Comics Festival has two themes this year: tattoos, and the very topical medical theme. The program includes exhibitions, contests, guest speakers, and workshops. You can buy both indie and mainstream comics, as well as other comics-related merchandise. Free event.

The Zine Fest, an established part of the Helsinki Comics Festival, is being held virtually this year. Interviews, panels, and live drawing will all be streamed via the Zine Fest’s Youtube channel. Zines will be for sale digitally through collaboration with two comics shops. Free event. 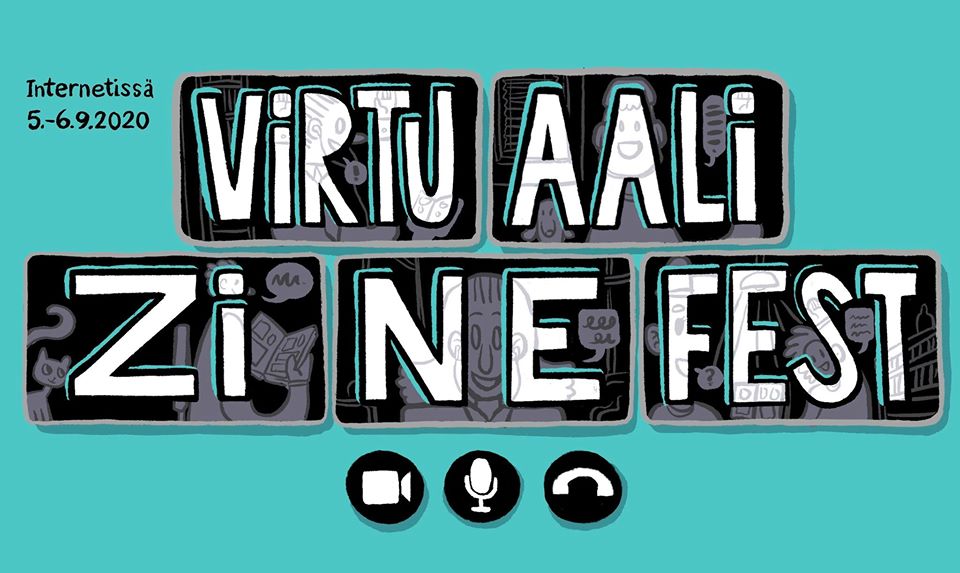 As far as unique venues go, DOSE 468 scores high. It’s a nightclub inside a former oil tank by the coast. Hoodwatch, Sombadi, and DOSE’s DJs will provide the night’s music, and local street artists will showcase their art and hold workshops. Tickets are €8 – €15. 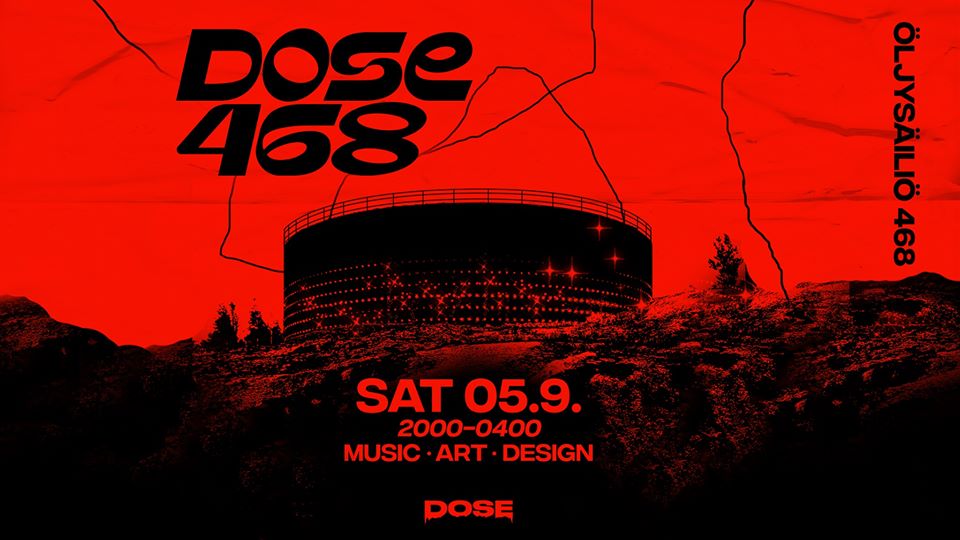 The Arabia Street Festival is a lynchpin event in northeastern Helsinki, having been held for 13 years. This year the festival is being held both physically and digitally. As always, street art is a major player in the festival, as well as music, workshops, theatre, and more. Free event. 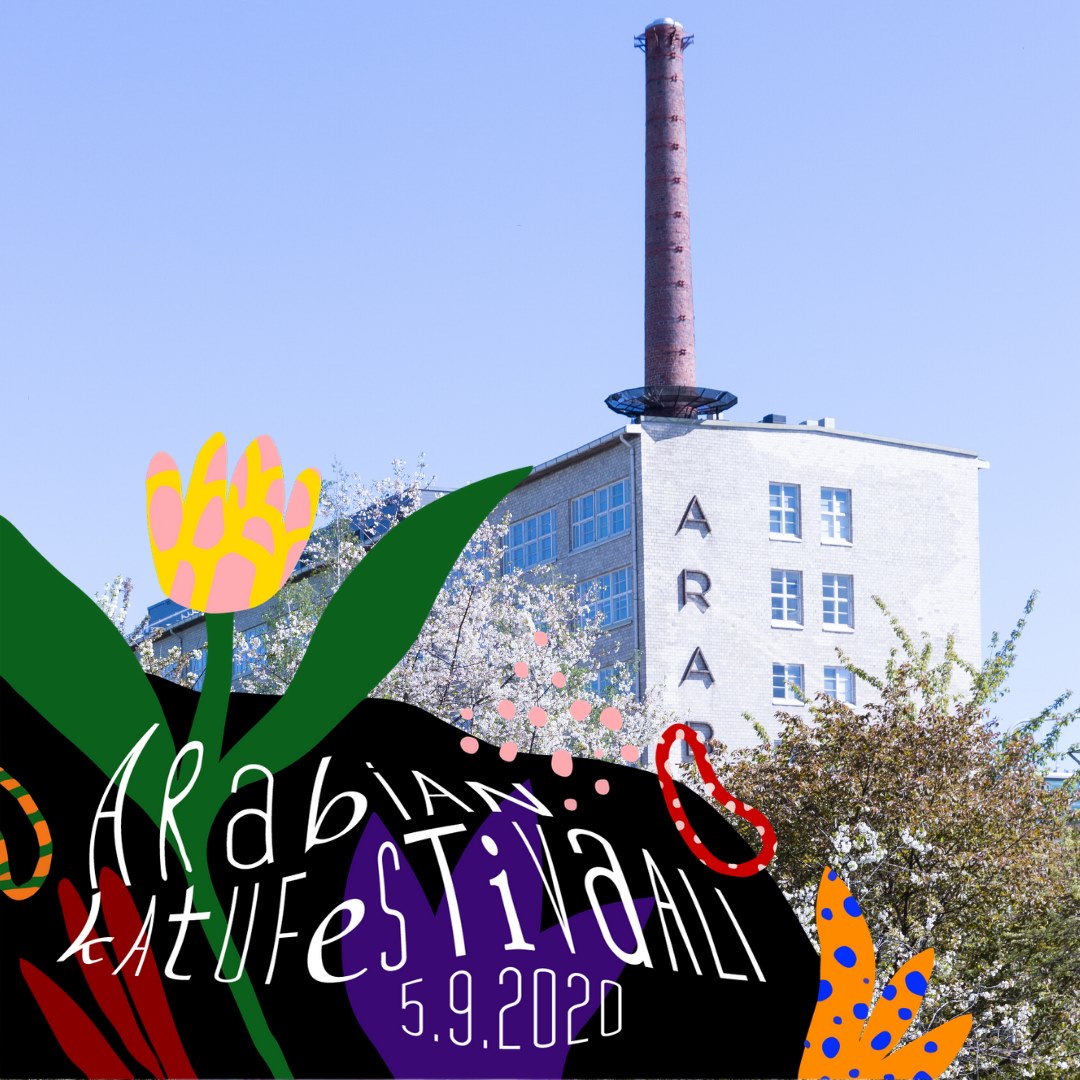 Like much of the planet, Finland’s nature is being decimated by threats such as climate change, logging, and pollution. In this protest, which is primarily organized by youth climate movement Fridays for Future, protesters will gather in from of Parliament House to demand action. Free event. 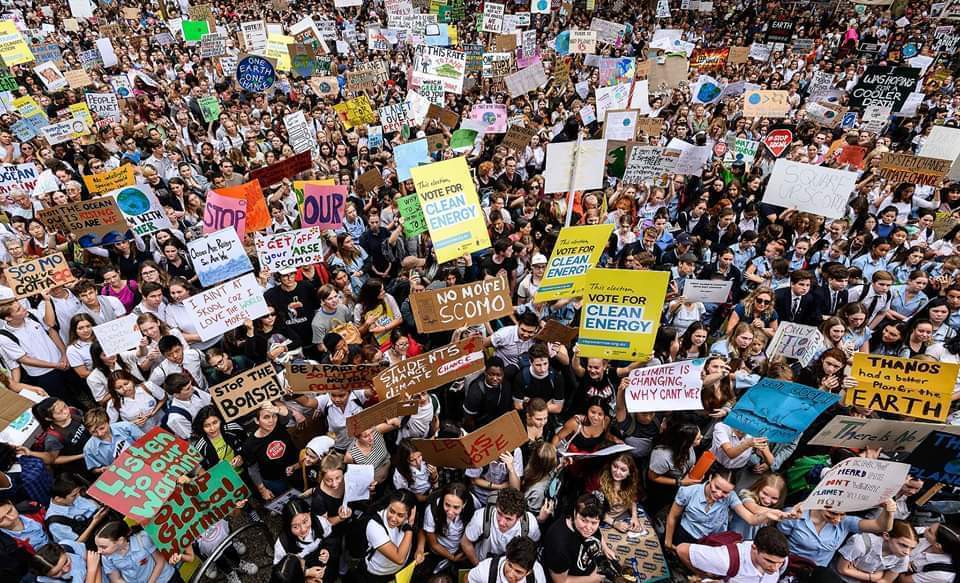 We Are Here Ball

Celebrate with the LGBTIQ+ community under the frescoes of the Finnish National Museum. The We Are Here Ball stems from the ball culture that was started by Black and Latinx New Yorkers back in the early 1900s. You can walk the ball, or just come and cheer your fellows on. Tickets are €10 – €14. 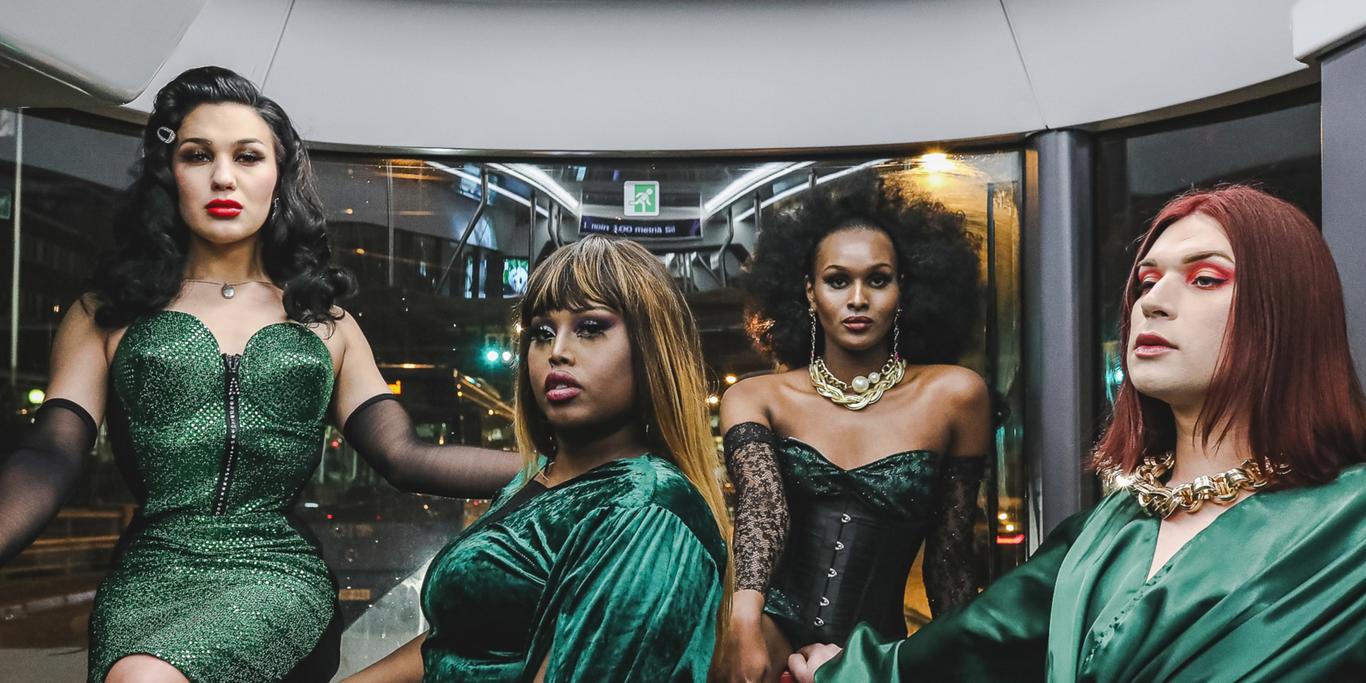 As part of Helsinki’s Pride Week, Lepakkomies hosts artists M.I. Laine, Uittosuma, and Kuuluvuus, plus Dyke Hard / DJ Witchpill. These artists mix sounds of folk, pop-rock, and disco to create a rainbow-heavy dance party. Tickets are €2 – €20; pay what you can. 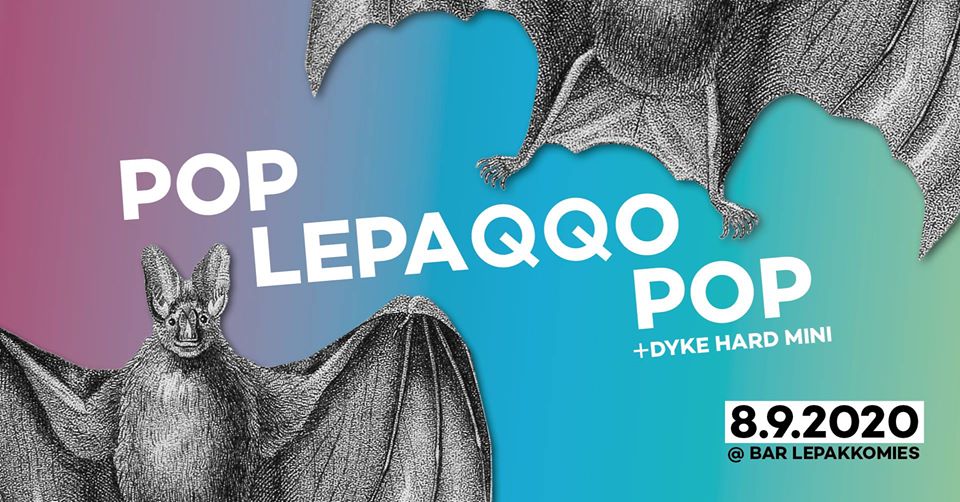 Helsinki Design Week’s main event takes place in the recently renovated Olympic Stadium, where you can see two floors’ worth of fashion, product and service design, and architecture. The exhibition aims to showcase the best work of designers at various stages of their careers. Tickets are €18. 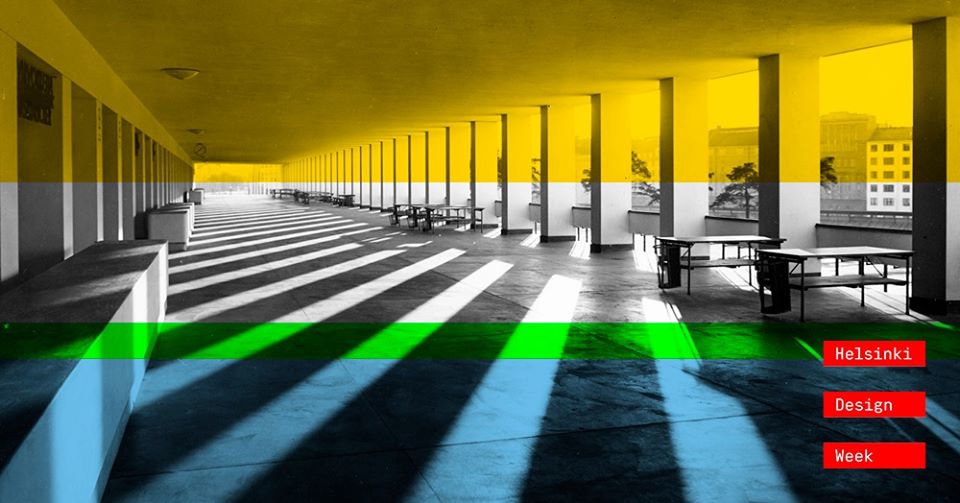 Would you like to help fight against authoritarianism and the prison industrial complex by getting a tattoo? Tattoo Circus Helsinki is an event where that is possible! All proceeds from tattoos done at the event will go towards anti-repression work. The event also features performances, talks, zines, and more. Free entry. 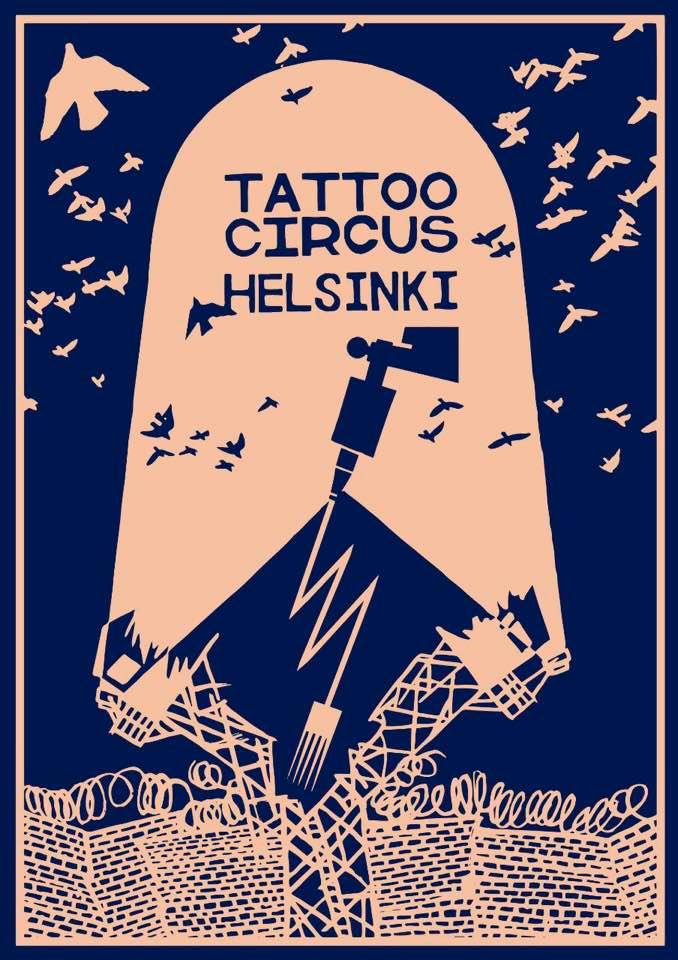 As per tradition with Helsinki’s lidos, Helsinki Swimming Stadium is keeping its door open until 23:00 this night. Enjoy the ambiance of candles, lanterns, and music by Stadin Juhlaorkesteri (Helsinki’s Celebration Orchestra). Tickets are €5.

We were still in quarantine during June, but now Helsinki Pride Week is hosting events to make up for the lost time. This show, headlined by Chris Oh Boylesque, features drag, burlesque, and circus acts. The show is followed by an after-party with a DJ. Come in costume! Tickets are €25.

Cultural centre Maunula-talo continues their series of indie music events with this lineup, which includes everything from rap to psychedelia to post-punk. Visual art will also be on display, and before the music there will be a screening of the documentary “Savonlinnan Palvojat”. Free event. 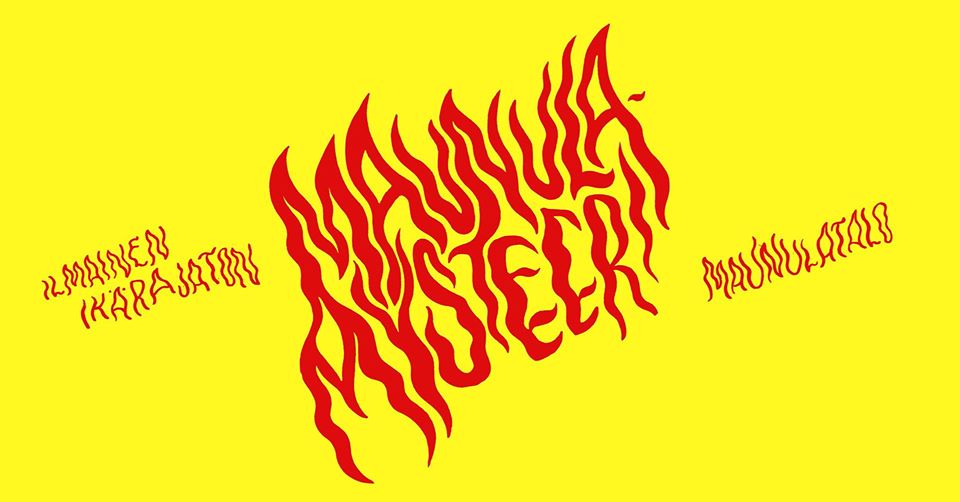 The Finnish National Museum participates in Helsinki Pride Week with this Tove Jansson-centred event. The film TOVE will premiere in October, and during this event you can see a behind-the-scenes documentary about the making of the film. The director of the film will be present to have a discussion afterward. Tickets are €14. 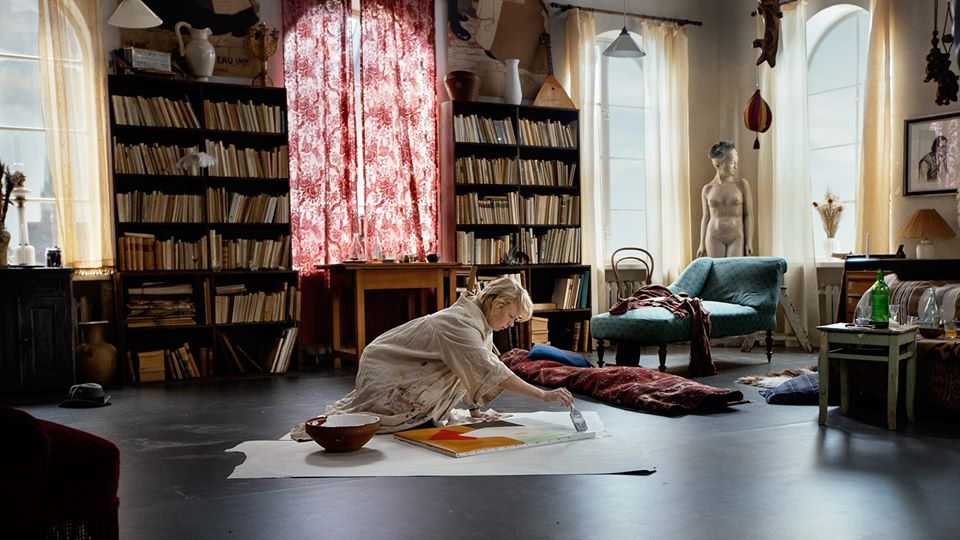 HIFF is a long-standing tradition in Helsinki, having been held for the first time in 1988. It’s a non-competitive film festival that promotes artistry, innovation, and diversity. The festival will be held at many cinemas around the city, including both mainstream and indie venues. Tickets TBA.

After being cancelled in the spring, this music festival is back with a September date. Youth culture centre Oranssi brings to the stage Ahistus, Ego, Harhat, Konventio, Ohjus, Porok, Rokous, Tilanne Päällä, and Vallanhimo, with more acts to be announced. Tickets TBA. 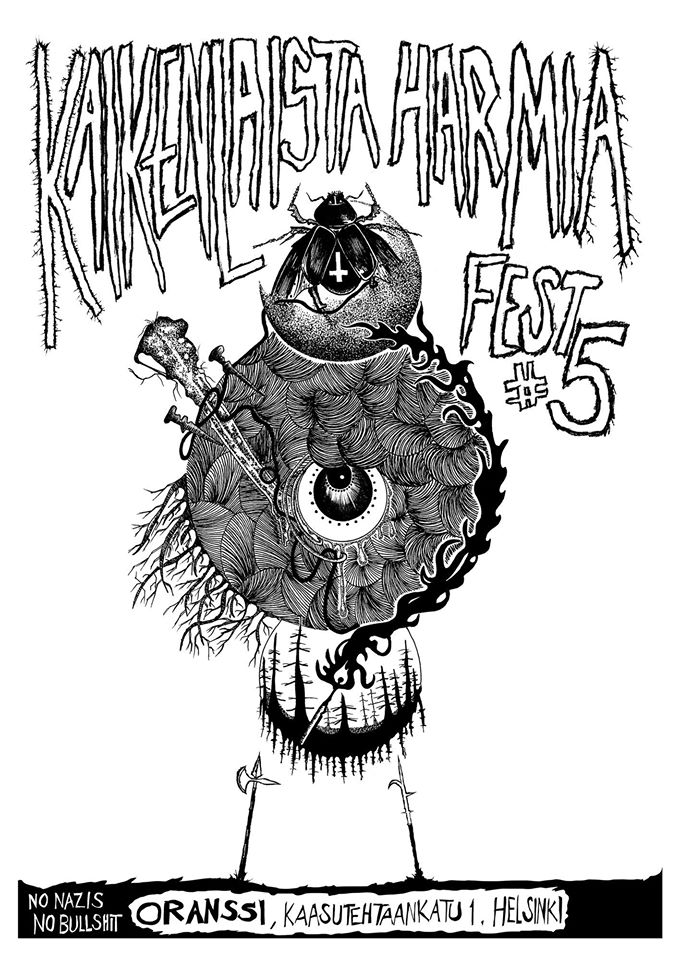 Club Bête Noire is a touring club concept centred around live music, and Bar Lepakkomies (literally “Batman”) is hosting. Performing are Paris-based Hante., with her darkwave and electronic sound, and Sipirja, a Finnish post-punk trio. Tickets are €14.50. 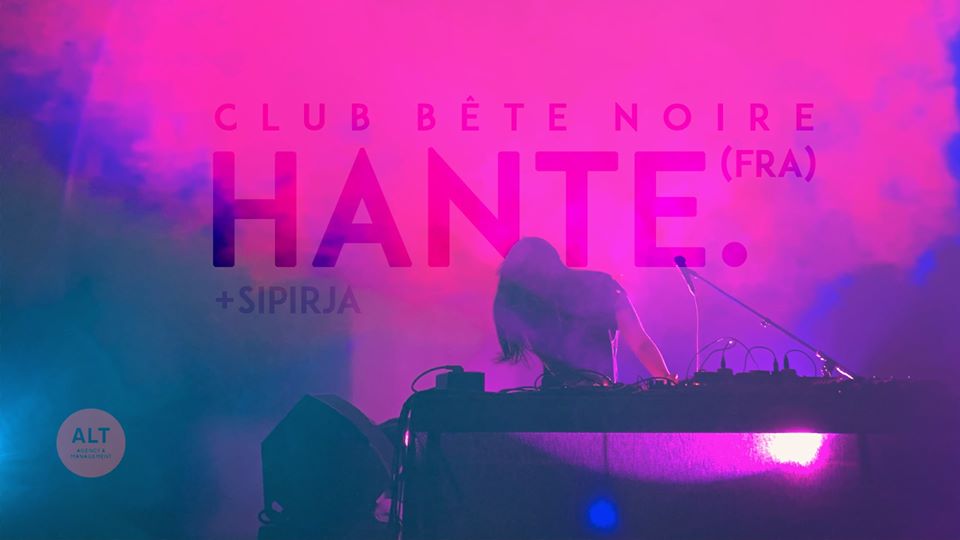 Lepakkomies is hosting a weekend-long festival on its stage. Twelve bands – six per night – will play, backed up by several DJs. The bands are Goo-Hags, The Toxics, The Mike Bell Cartel, Black Magic Six, The Bunkers, Tamara Luonto, Jessy Hasty & the Haywires, Lähtevät Kaukojunat, Fun, Hard Action, Jen & the Vicious Mens, and Plastic Tones. Tickets are €12 per night. 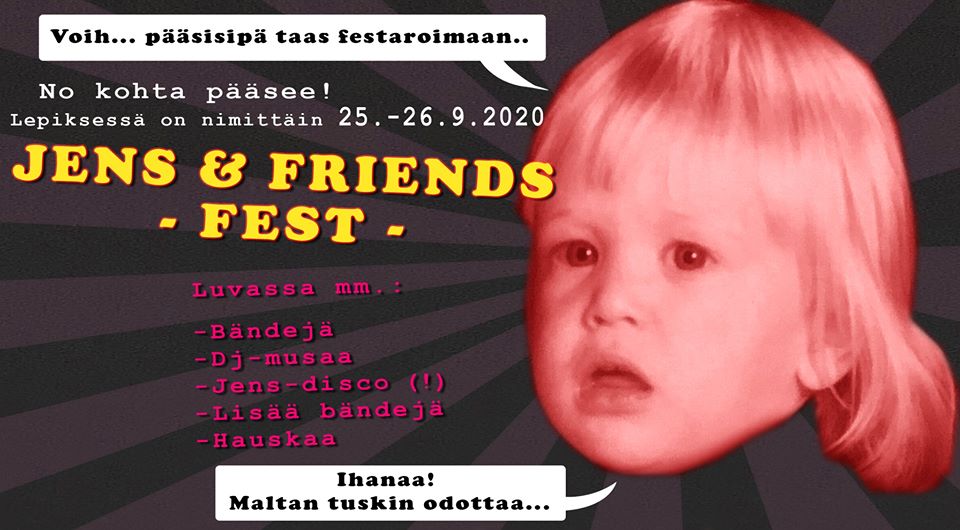 After being cancelled earlier in the year, Konepaja Punk Fest is back on track in September. Helsinki’s new arts and culture venue Konepaja will see performances from four Finnish punk acts – Nyrkkitappelu, Lapsuus, Have You Ever Seen the Jane Fonda Aerobic VHS?, and Tappajatomaatit. Tickets are €24.50. 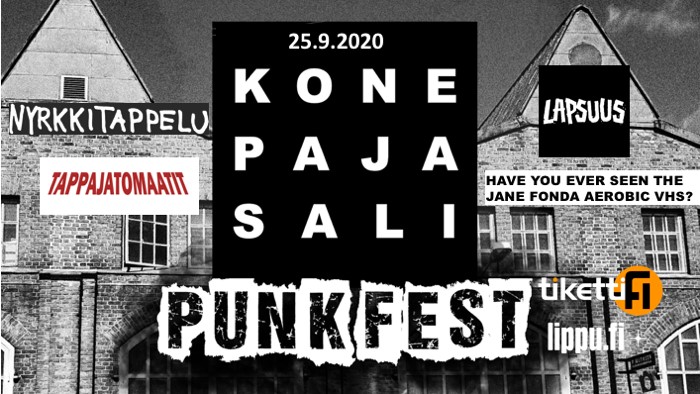 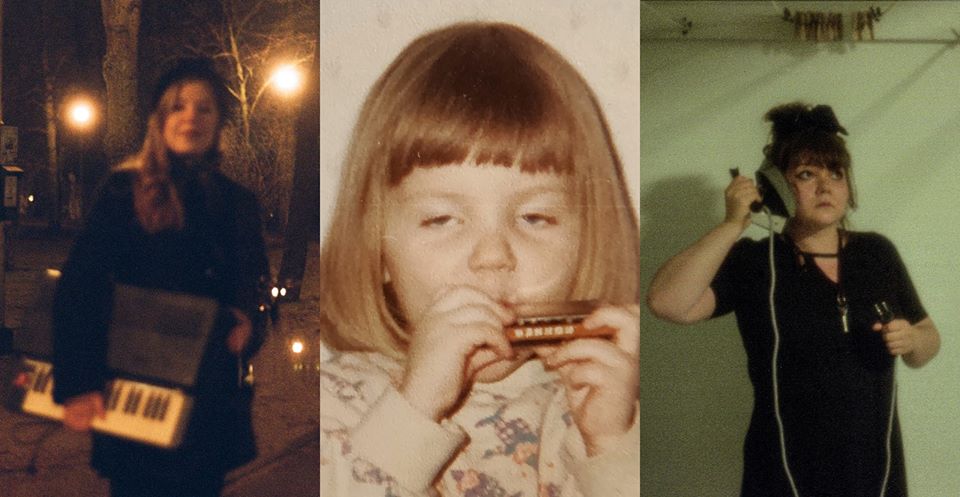 Pekko Käppi is a musician who sings and plays the jouhikko – a traditional Finnish bowed lyre. Käppi has two decades of experience playing a wide range of genres, from pop to folk to experimental. He’s taking the stage at Roihuvuoren Rio, a cafe in eastern Helsinki. Free entry.

Valtteri Kivelä: The Big Game Is Every Night

Shoe designer Minna Parikka celebrates her brand’s 15th anniversary with the backdrop of Helsinki Design Week. Come and take a peek at Minna’s design process, as well as shoes from 2005 to today. On the 11th of September, Minna herself with be on location! Free event. 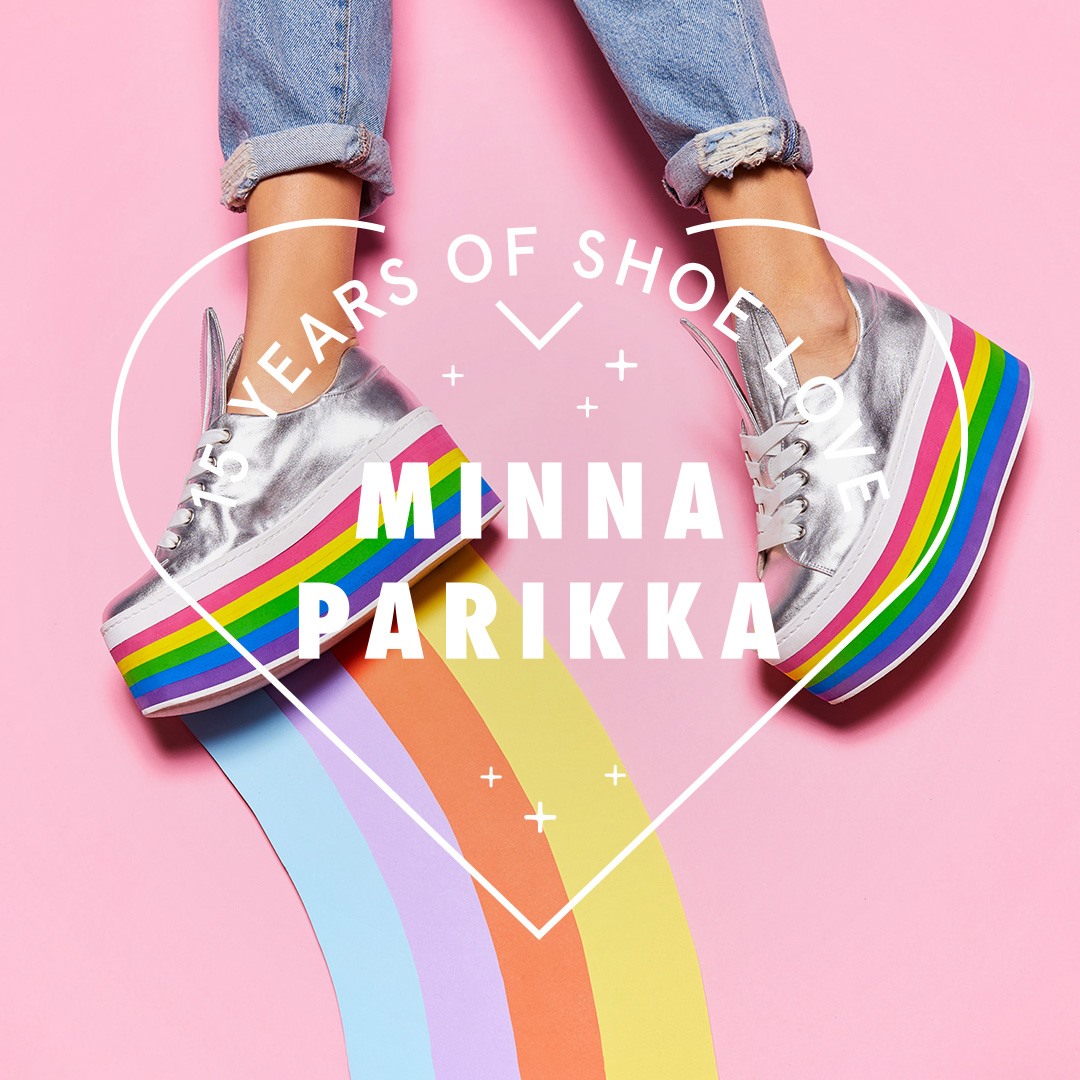 Do you know every traditional, exciting, and quirky event happening in the city, from festivals to exhibition openings, flea markets to concerts? Then you might be the newest member of the Scandinavia Standard team!

We’re looking for a proud local that loves their home for our calendar series, covering all things happening in Helsinki. You need to have an impressive knowledge of what’s on, a desire to help others unlock the city, and excellent English writing skills.

To apply, send a brief emailing telling us a bit about yourself, why you would like to be our Helsinki calendar contributor, and any writing examples to sorcha(at)scandinaviastandard(dot)com. 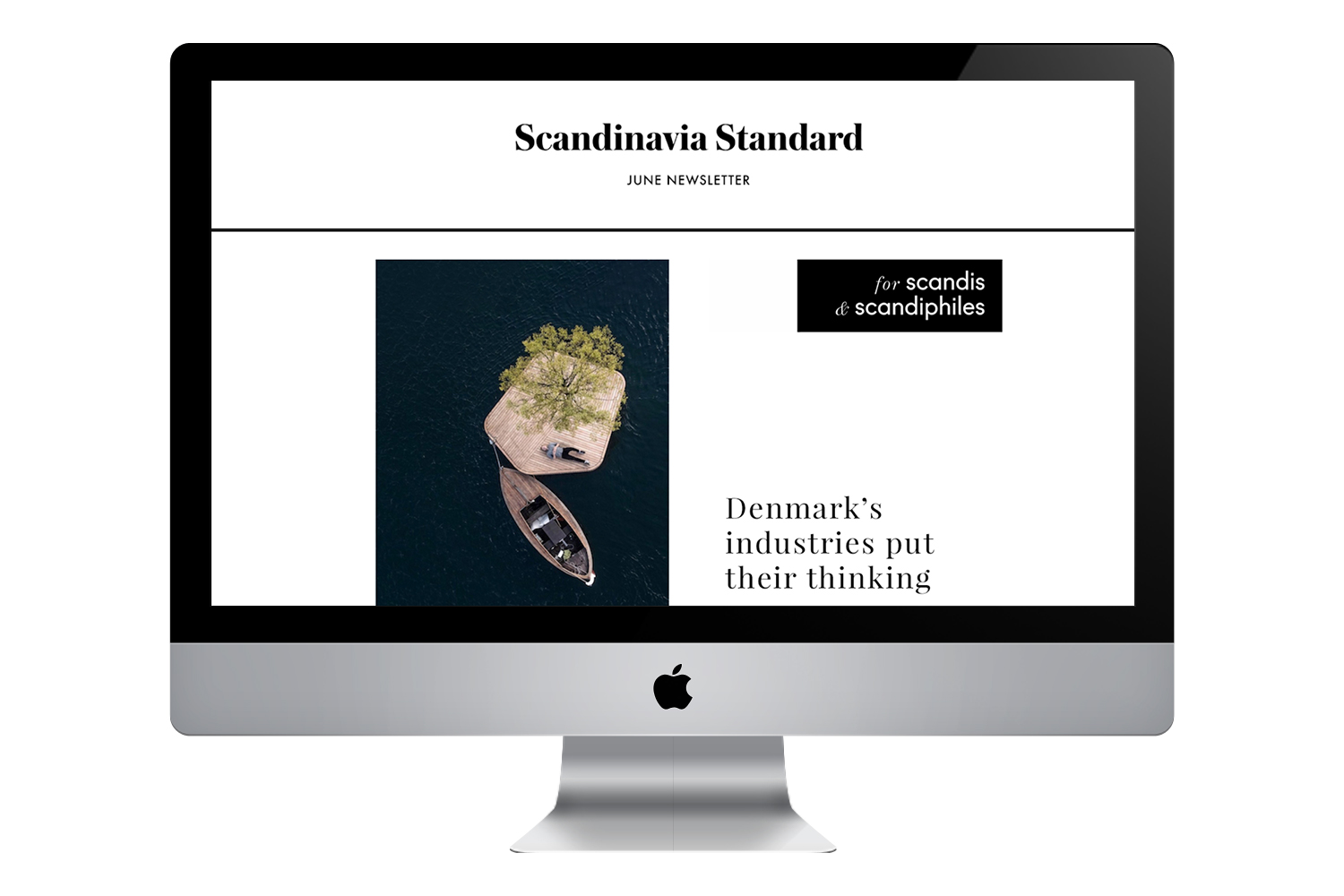