If you’re looking for a bit of bang for your buck when seeking out UNESCO sites, Sweden should be top of your list. There’s a staggering total of 15 heritage sites in the country, which have been granted the title due to Sweden’s conservation and integrity.

But where to start? We’ve compiled a guide to the UNESCO World Heritage Sites in Sweden:

The Royal Domain of Drottningholm is located on an island in Lake Mälar in a suburb of Stockholm. Its well-preserved castle, 1766-built theatre, Chinese pavilion, and gardens are the finest example of an 18th-century north European royal residence. Its design is inspired by the Palace of Versailles and the Baroque and Rococo styles of the time. To this day, it remains a private residence for the Swedish royal family, though visitors are free to enter some of the most important parts of the building, including the reception halls.

Birka and Hovgården are two separate islands, Björkö Island and Adelsö Island, respectively. The area they occupy jointly is a preserved archaeological site that contains traces of the Viking age in Scandinavian. Birka was an important town in Europe for commerce and trading, as well as the first site of Christian gatherings in Sweden, founded by St. Ansgar in 831.

There’s a museum, old house prototypes, and some facilities for visitors around the site, but there are no buildings within the archeological site itself.

Engelsberg Ironworks is the best-preserved and most complete example of Swedish ironworks, an area in which Sweden was a leader in its field during the 17th and 18th centuries. Most of the technological, administrative, and residential buildings at Engelsberg Ironworks have been conserved in their original condition. The 18th-century smelting house, together with its associated installations from later periods, still remains intact. Collectively, they provide a very complete picture of the technological equipment of a traditional Swedish järnbruk.

The rock carvings in Tanum are a series of petroglyphs, found near Tanumshede in Sweden. As in Norway, at The Rock Art of Alta, this area gained attention for its high concentration of preserved carving within a specific area. Their cultural and chronological unity is of particular significance, and their multiple depictions of humans, animals, weapons, and boats have supported theories of humans and their traditions during the Bronze Age.

The Hanseatic Town is a former Viking site on the island of Gotland, Visby. Here you can view 13th-century ramparts and more than 200 warehouses and wealthy merchants’ dwellings from the same period. It’s one of the best-preserved fortified cities in Northern Europe, specifically its town wall, with towers and gates, that extends 3.4 km and is surrounded by dry moats and open spaces that together form a defensive network. Although it’s no longer the epicenter of trading for Vikings, the town has retained a lively community and has a flourishing center. Great for history walks and a spot of shopping. 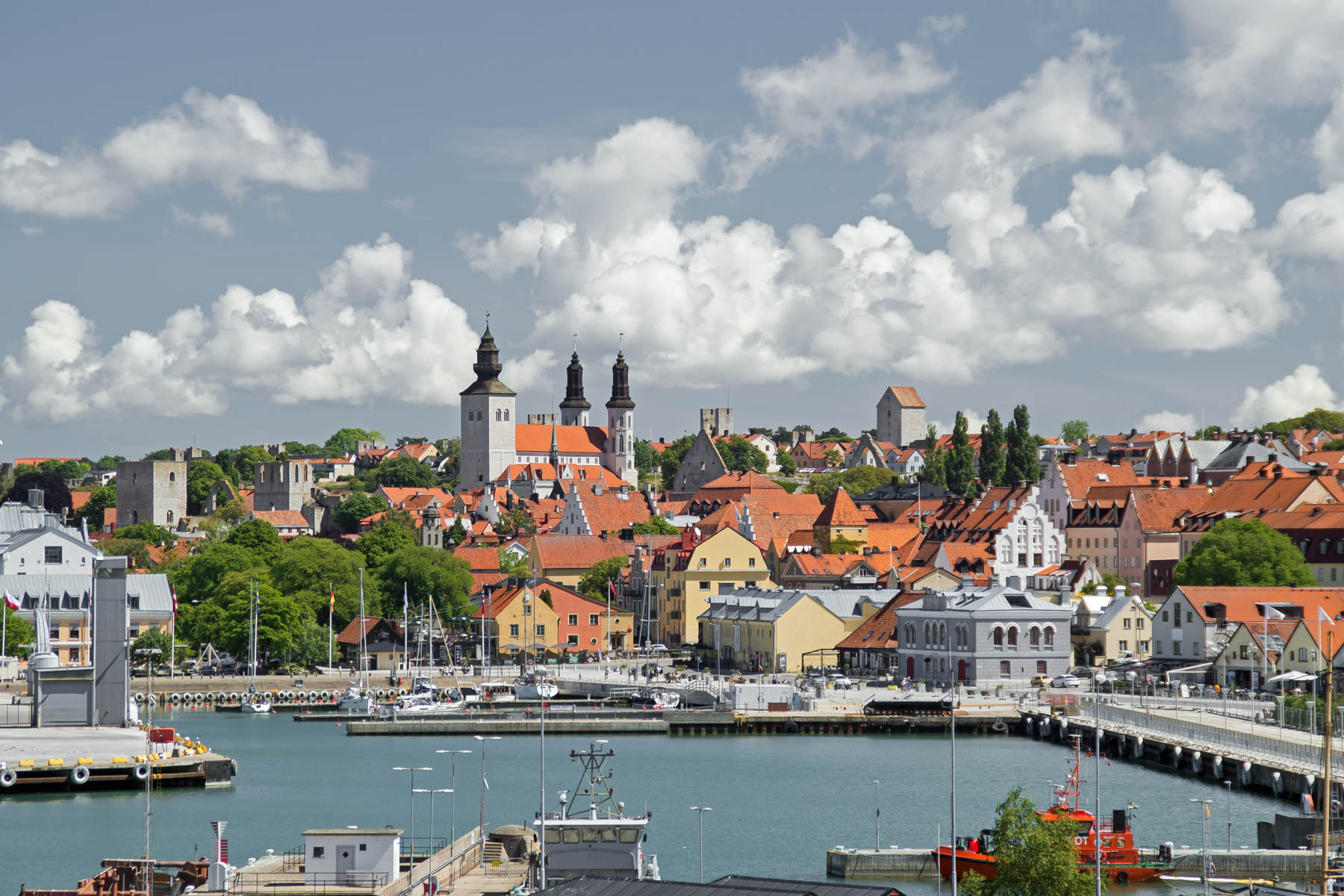 The town, 424 wooden houses, is centered around an old stone church that dates back to the 15th century. They were formerly used to host worshippers from surrounding areas when they were not able to return home due to distance or traveling conditions. The specific value of this church is rooted in its religious significance for the town community and is now the best-preserved example of a type of town that was once widespread throughout northern Scandinavia. The city plan which grew around the church remains identical.

The entire church town, including the church, cottages, housing, and medieval roads are part of the heritage site. Get lost down winding roads or visit the site’s attractions like its museum and village shop.

The Laponian Area is a vast area in the north of Sweden, home to the indigenous Saami people. It’s the largest and one of the last areas in the world that still supports an ancestral way of life, based on the seasons and movement of livestock. The Saami people move their herds of reindeer every summer, through a preserved natural landscape and towards the ancient mountains. The area is also rich in ongoing geological processes, with changing waterways and glacial moraines.

The High Coast (Sweden) and Kvarken Archipelago (Finland) are located in the northern extension of the Baltic sea, in the Gulf of Bothnia. They have an important geological meaning as they represent post-glacial uplifting landscapes. One of the reasons is because it is the only place in the world where the land still rises in elevation, on a phenomenon called isotactic uplift; and because at the Kraken Archipelago is possible to identify an array of glacial formations, such as moraines which is an aggregation of glacial debris that occurs as a geomorphological process on glacial regions on the planet.

Above: Agricultural landscape of Aouthern Öland in Sweden with its unique biodiversity

The southern part of the island of Öland in the Baltic Sea has been home to humans for some five thousand years. The landscape is unique, dominated by a vast limestone plateau, and its residents have had to adapt their way of life to fit with its various constraints. As such, there is an abundance of evidence of human settlement from prehistoric times up to the present day.

Above: Agricultural landscape of Southern Öland in Sweden with its unique biodiversity; © AdobeStock 177419558

Located in the Varberg parish in southern Sweden, the Grimeton Radio Station is a monument to early wireless transatlantic communication. It lies within the “great circle” of the Swedish west coast – an area without obstacles to radio waves – that is centered on New York, the hub of the transatlantic transmitting system.

Although the station, built in 1922-1924, is no longer in regular use, its equipment is maintained to an operational standard. This property is an outstanding illustration of the development of telecommunications. It is the only surviving example of a major transmitting station based on pre-electronic technology, a great day out for those fascinated by the beginnings of our new era of communications. 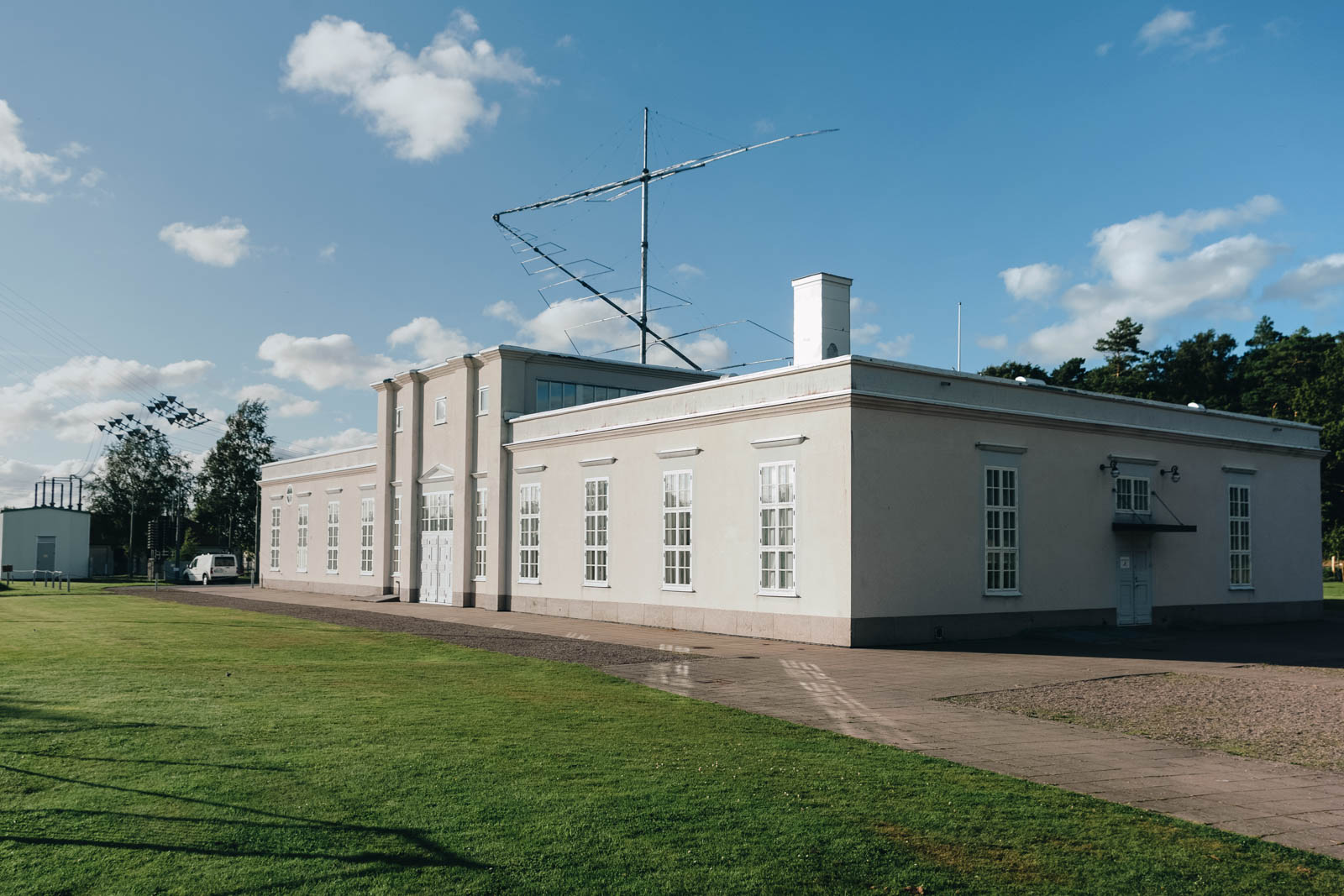 These seven timber houses, located in the east of Sweden, represent a regional timber tradition that dates back to the Middle Ages. Farmers in the 19th century used their wealth to build substantial new homes with elaborately decorated ancillary houses or suites of rooms reserved for festivities. The paintings combine local folk art with the styles favored by the landed gentry of the time, like Baroque and Rococo. These houses demonstrate the prosperity and financial independence of the farmers at the time, and their unique design and integrity make for a museum full of beauty and history.

There are only two houses open for unannounced visits (Erik Anders and Fågelsjö Gammelgård), the other 5 (Jon-Lars, Pallars, Gästgivars, Kristofers, and Bommars) can be visited by appointment, made at the Steve Gård visitor center.

Above: Decorated Farmhouses of Hälsingland; © AdobeStock 77773731