Ruben Hughes knows Instagram. He really knows it. He’s been figuring out those little squares since before most of us knew what the Valencia filter was. But his work life didn’t start with photography, or even styling; in fact, Hughes is a trained journalist from New York City who found himself on a less-than-typical career path, and he decided to go with the flow.

“I originally thought I would be a nurse,” Ruben explains, “But I was paying for college myself, so I had do a lot of thinking about what I wanted to do. I ended up deciding on journalism kind of last-minute. While I was studying, I interned at Club Monaco; that was my first interaction with social media, and that’s when Instagram was launched.”

Hughes had the opportunity to work full time at Club Monaco when his boss left, and he took over the social media. “It was a really cool chance to do something that no one else was really doing, because Instagram was so new, and the way it was being used kind of changed social media as a whole,” Ruben says. He left in 2011 to work in social media for GAP, and ended up there for three years. 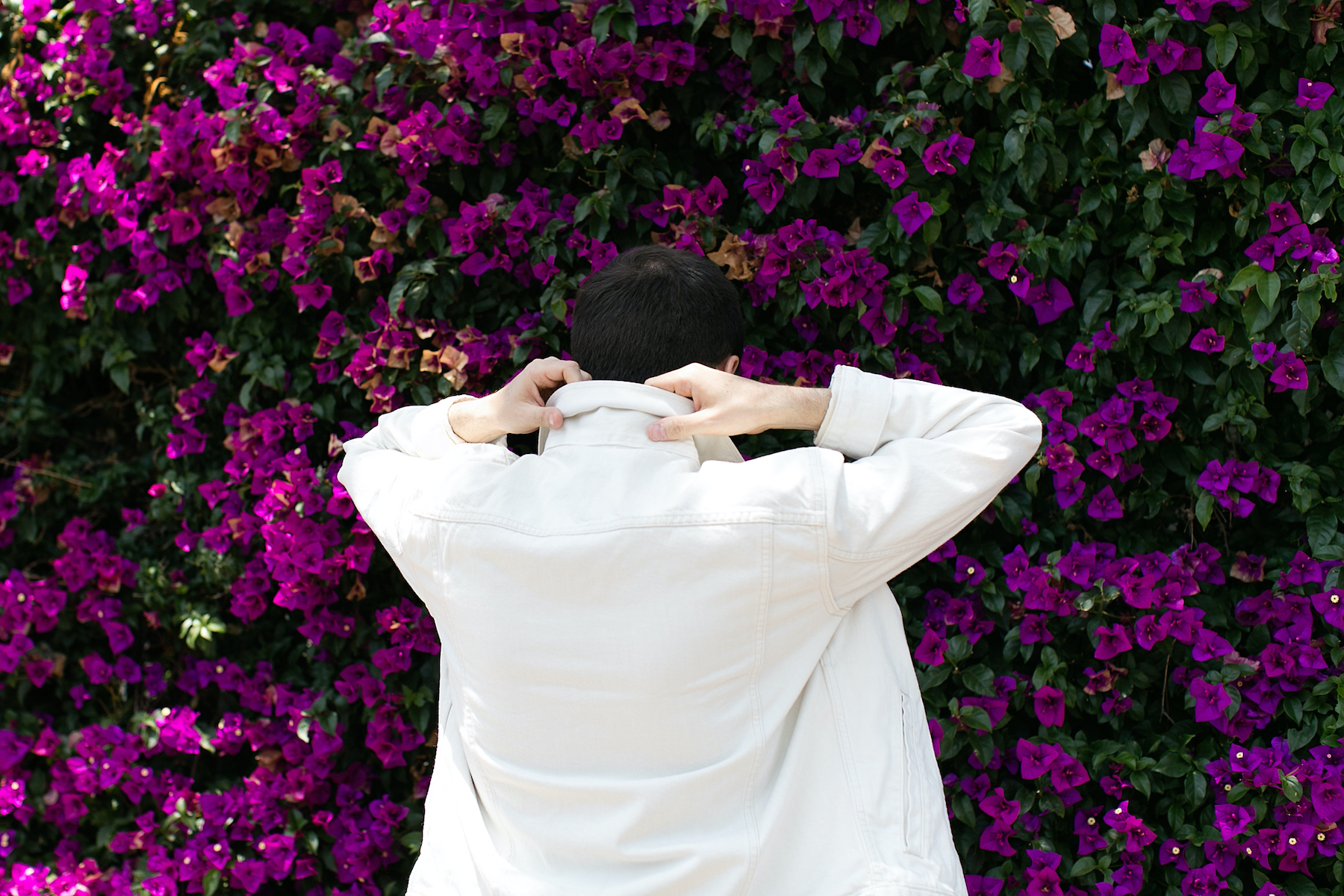 Above: Images by Ruben Hughes for GAP

At the same time, Ruben began growing his own Instagram. “It wasn’t as much about followers, it was about making really beautiful images, and the following just kind of grew from there. At that time, travel was the big thing on Instagram, and I’ve always loved to travel, so I would just share the places I went. As I became more interested in creating a home over the years, my Instagram naturally transitioned more to design and furniture.”

“I’ve always seen my Instagram as a kind of portfolio, even from the beginning, when most people were just using it to share their breakfast or whatever. My dad always taught me to plan for the future and have something to show for your work, so that’s really important to me,” Hughes says. 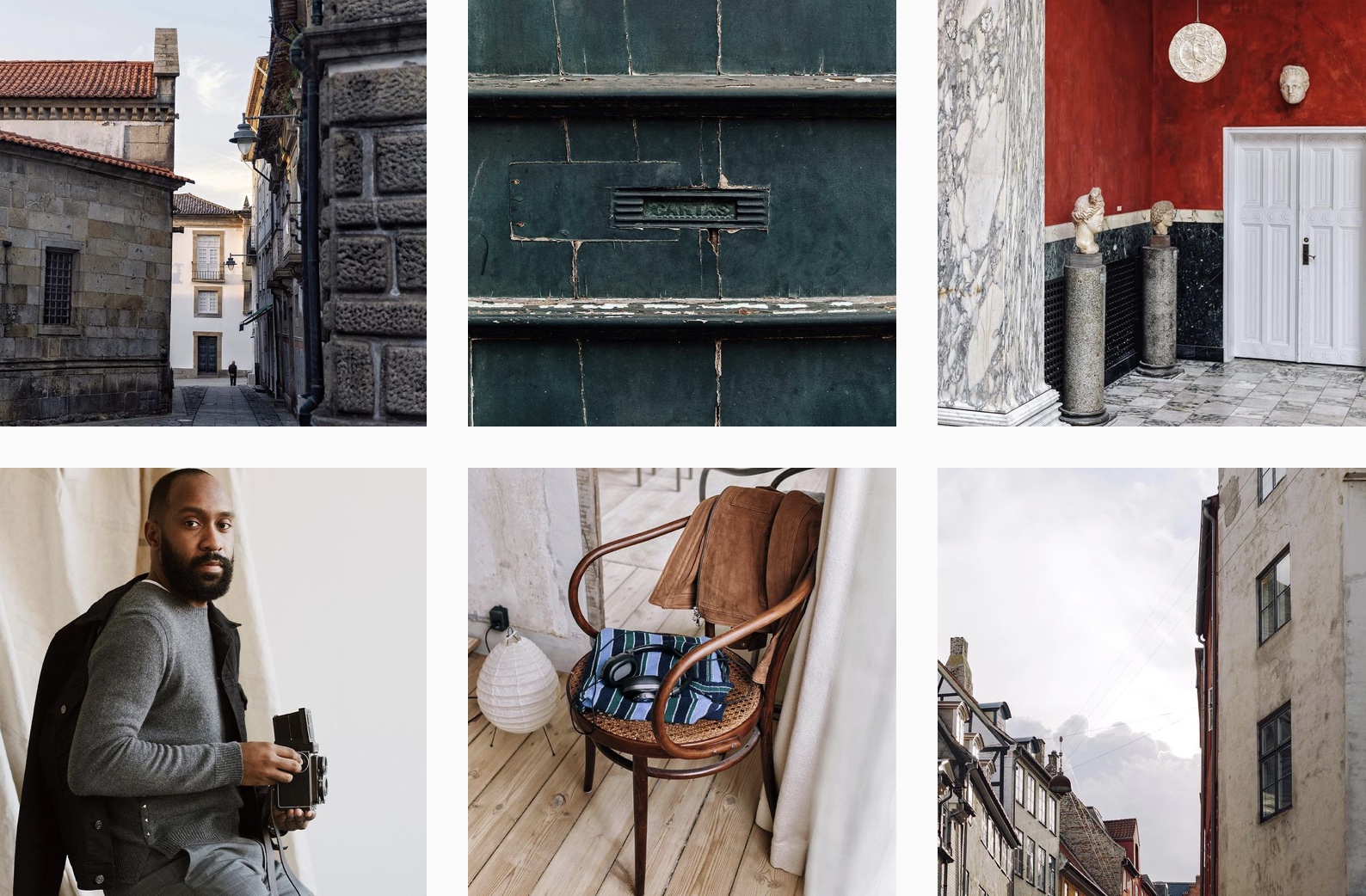 But Ruben was drawn to social media, and Instagram in particular, in a very genuine way. “I’m not sure what it was exactly, I can’t explain it; I just had a love for content and a love for creating it. It came very naturally to me,” Ruben says. During his time at GAP, Ruben was doing more than social media management; it was his first step into art direction.

“At that time, when you did social media, you kind of did it all. So I was not only doing the management, but also the styling and the photoshoots and whatnot. So I was rolling a lot of jobs into one.”

In 2014, Hughes felt pulled to step away from “product” and try something new. “Working at GAP was great and I learned a ton, but in fashion the amount of product is just so intense. I wanted to see what social media could be like outside of that schedule,” he explains.

Hughes moved over to Squarespace, a website building and hosting company, as their Social Lead. “This was a role that really allowed me to experiment. I got to work with huge businesses, independent businesses, really passionate creatives; such a huge spectrum of people and brands. It was also a really intense role, being that it was both a start-up and in New York City. I did Super Bowl campaigns two years in a row.” 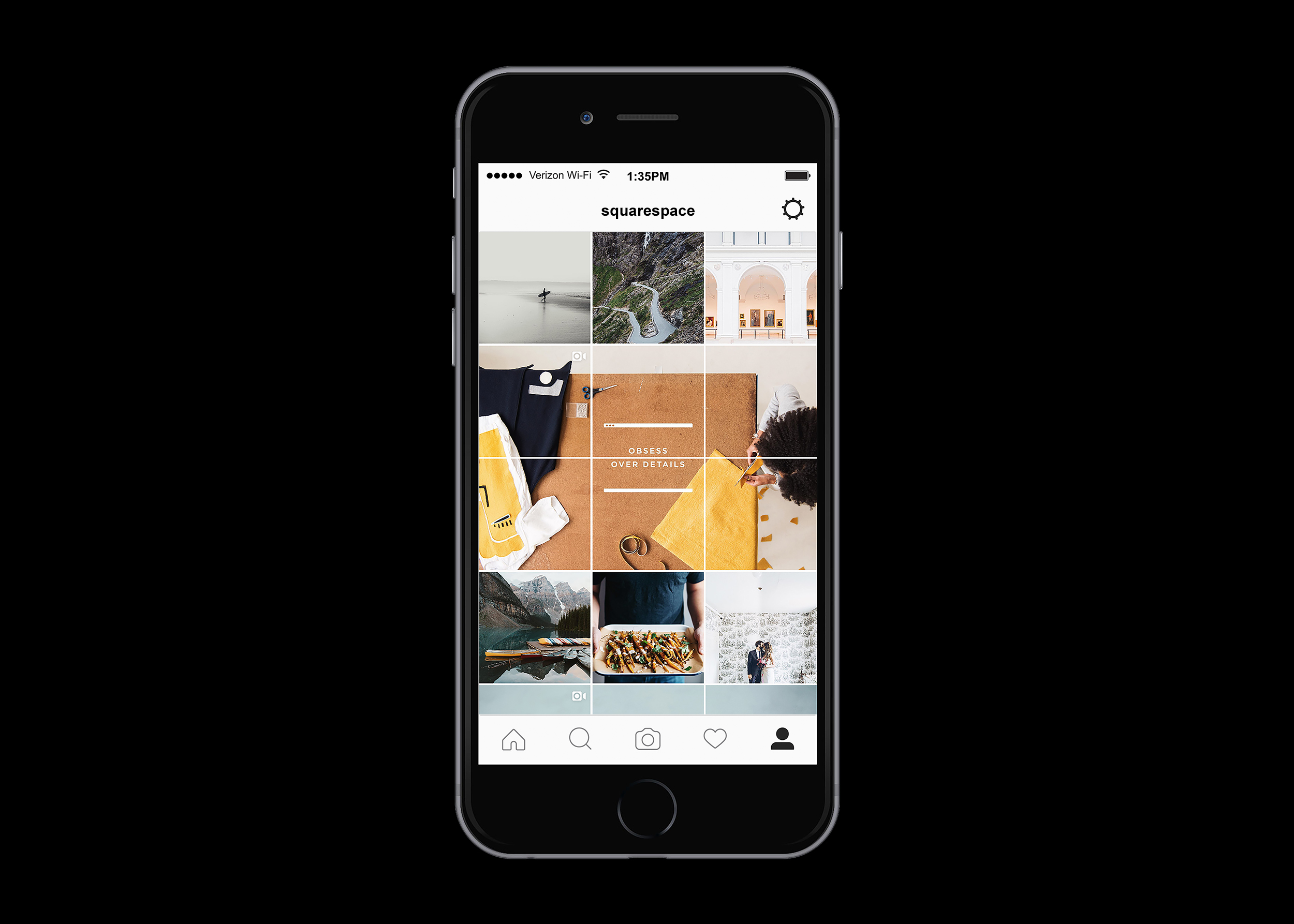 “At the time, there were no scheduling applications for Instagram, so that part of my job became 24/7. I was setting alarms on the weekends and at night in order to post at the best times; it was just a lot. I was really feeling the weight of my career, and I was starting to look around and think, what else is there in life?”

Around that time, Hughes was introduced to Danish design brand MENU and they did a few projects together from his home. He visited Copenhagen and was impressed with not only the city, but the way people seemed to balance work and their personal lives. “I was ready to get out of the New York City hustle, to be honest,” says Ruben. So he moved to Copenhagen when MENU offered him a job as their Content Manager. He worked there for six months before taking a short-term contract with Danish audio brand Bang & Olufsen. “I learned so much at MENU, and I was excited to do something a bit more international, which is what B&O offered,” he explains.

Ruben continues, “I think that ultimately, what I wanted was to get out of social media, or at least to make it less of my day-to-day job. I worked at sustainable fashion brand Son of a Tailor, creating content for them. I got to make a film in Portugal at their factory, and just generally try a lot of new things. That really showed me that art direction is where my heart is. Unfortunately the brand had to lay people off, and I was one of them. I decided to take some time to travel and just reconnect with what I wanted. I went to France and Greece; it was really helpful to get a little perspective. When I got back, I had a job offer!”

And that job was no small feat: Digital Marketing Director at Copenhagen’s largest and most prestigious department store, ILLUM. “In addition to my job there, I started doing all of their campaign shoots, because we needed the imagery for the website. I just kind of naturally moved into the position of Art Director, and after a few months they offered me that title. I did their digital marketing campaigns, print campaigns, visual merchandising in the windows, and a co-campaign with MUJI when they opened a store-in-store concept.”

“I am really proud of the work I did at ILLUM. In a way, it was a combination of all the things I’d done before; it was like I’d been studying art direction for the last 10 years!” says Ruben.

After about 18 months, Ruben and the CEO met to discuss a new outlook for the brand. “We just didn’t agree on the direction,” he explains, “So we parted ways. I think everyone has to be on board with something to make it work, and that just wasn’t happening there. It’s always okay to understand when things don’t work. You can create good work, but maybe you don’t have a common ground with a person or brand in that moment. There are always people in the room who love what you do and people who don’t. You have to read the room to see who you are talking to,” he says.

Ruben now works as the PR Manager for Danish window and skylight company VELUX, and is excited to see how we can help transition the brand into a more customer-facing, lifestyle-oriented brand. “I can’t wait to bring my passion and skill to this job and see where I can take it,” Ruben enthuses.

As for staying in Copenhagen, Ruben says he loves the city but always keeps an open mind for new places in the world.

As Ruben has built so much of his work around social media presentation, he seems to understand that the Instagram portfolio he’s built is sometimes confused with the reality of his own life, noting: “I get that some people see Instagram as real life, but that’s not really how I’ve ever used it. I would like, however, to be a little less curated, because I do think that sense of perfection can rub off on the way you go about your life. None of us know where social media will be in five or 10 years, so the most important thing is that I create work that’s true to me in the moment; then I know I can be proud of it.”

Is there any advice he’d give budding Art Directors? “Don’t be afraid of where any particular job will take you. People are often worried about which field or interest they’re going to choose specifically for their career, but it’s okay to sample different industries and see what you like. Ultimately, all experiences will help you.”

“Be flexible with your interests, but also be aware of what feels good to you and what kind of pace you want to live at, at each particular time in your life,” says Ruben.

For a man who’s gone from the intense start-up scene, including Super Bowl ads (!), of New York City to a more intentional lifestyle in Copenhagen, that advice didn’t come cheap. But it is real; and both on Instagram and off-the-grid, that’s the best any of us can do.