What is J-Dag, also known as J-Day in English? It’s the magical day where Tuborg’s classic Julebryg (Christmas beer) is finally released. Joy to the world, the beer has come! The beer, a strong pilsner, becomes available on the first Friday of November and is only on the market for ten weeks of the year. Even so, it is the fourth most popular Tuborg beer; yes, the Danes take their holiday beer drinking seriously!

Julebryg was launched in 1981, after the previous year’s successful commercial featuring a beer-chasing Santa Claus. On J-Day, horse-drawn wagons draped in blue finery leave the Tuborg brewery and head to the streets, distributing crates of beers to pubs around Copenhagen. Turborg staff head to over 400 locations across the country to hand out free samples. They, and many others, wear a blue elf hat that mirrors the beer’s blue packaging.

J-day is always one the first Friday of November, and the beers become officially available at 8:59 pm. Bartenders begin pouring drinks and you’ll often hear the J-Dag song, sung to the tune of “Jingle Bells.”

Christmas beer is a beer brewed especially for the holiday season. It’s only available and enjoyed during the months of November and December. It is said to pair well with typical Christmas foods like pork, potatoes, and cabbage.

The flavors of Tuborg’s julebryg are caramel, black currant, and liquorice, It’s a strong beer that will definitely get you into the holiday spirit (or drunk, whichever you prefer). J-Dag is a fun tradition that brings a bit of silliness to the start of winter and plants the seeds of holiday cheer for the rest of the year. 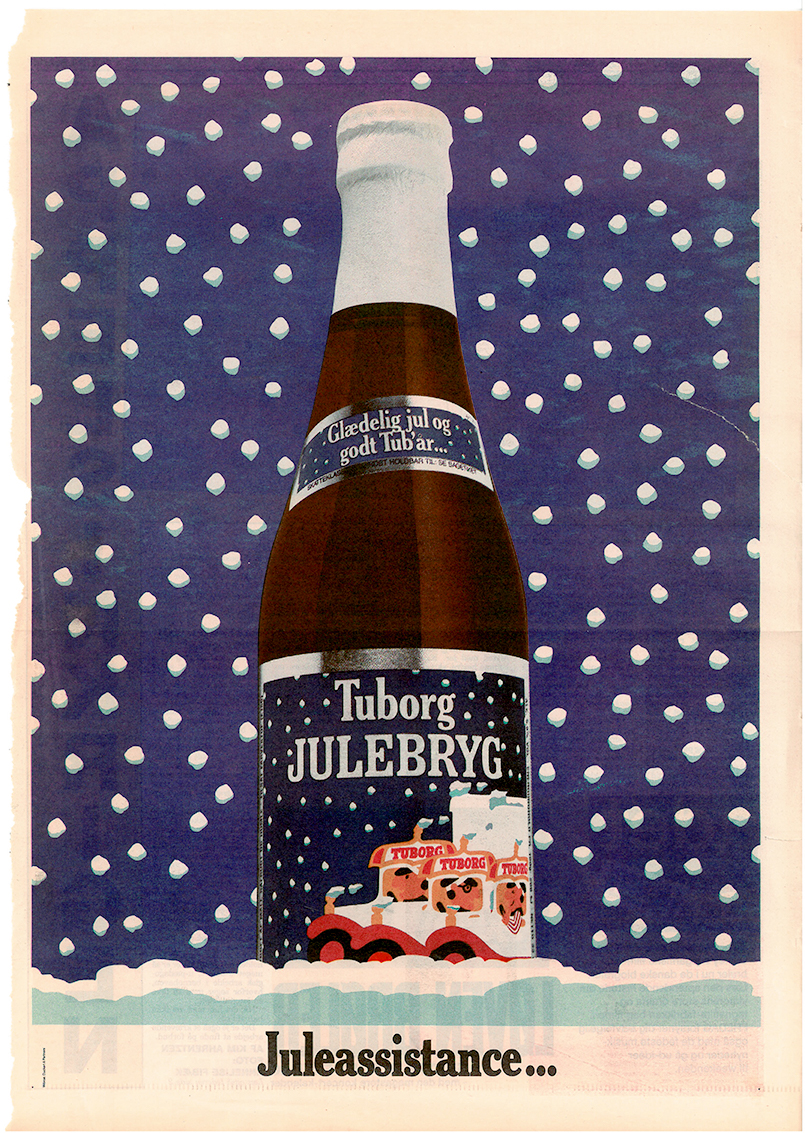 How do I celebrate J-Day in Denmark?

Well, by cracking open a Julebryg, of course! There are many ways to get your hands on one, from buying a six pack in the grocery store or 7-11, to enjoying a nice cold bottle at a bodega.

Is beer an important part of Danish Christmas traditions?

Is there a stronger word than “yes?” How aboutm “hell yes!” Beer, and specifically Christmas brew is a major part of the Danish Christmas culture. It is enjoyed extensively during traditional julefrokost, the lunch meal characterized by excellent, rich food and outrageous drunkenness, and paired with almost every course.

Beer is also used as chaser for snaps, the botanical-infused aquavit that Danes drink in a single shot during the holidays (and sometimes year round). Of course no one is required to drink alcohol (and Danes really don’t pressure people to drink) but it is certainly something you’ll see around most Danish Christmas tables.

How do you say cheers in Danish?

The word for cheers in Danish is “skål!” It’s pronounced “skol” and means “skull” or “bowl.”