There is perhaps nothing more confusing to me than the food selection at Roskilde Festival. We’re talking about a festival so gross that the dust on the pathways is literally referred to as “pee-dust,” because it’s scientifically proven to be contain a large percentage of urine. A festival so wild that I have witnessed people having sex during a concert and have not even batted an eye (okay, I batted an eye, but that’s because there was pee-dust in my eye). A festival so manically beloved by festival-goers that we line up to see those camping run like the bulls at Pamplona onto the music grounds as though it is actually something interesting to watch and not the beginning of a man-made disaster film.

AND YET. For all its ridiculousness and utter disregard for hygiene, Roskilde is the site of some of the best food produced today, in Denmark and elsewhere. Want pizza? No problem, there’s thin crust topped with baked beans, bacon and an egg. Feel like Thai food? Well, the only Thai restaurant with a Michelin star outside of Thailand is dishing up. Have a hankering for ice cream? Yours will be made organic milk from cows grazing 30 kilometres away, if you don’t mind terribly.

What is this! Aren’t we supposed to be rooting around for grubs and taking pulls from a rusty flask? It’s a matter of priorities: you may not shower for 10 days, but you also won’t go hungry. We may be animals, but we’re still at the top of the food chain.

But it isn’t only customer demand and upscale tastes that drives the food stalls at Roskilde. Their focus on organic, high-quality food isn’t lip-service, and it isn’t surface. “Sustainability isn’t something we ‘do,’ ” Roskilde Festival Sustainability Manager Mikkel Sander says. “It is who we are.”

And at this point, what does the word “sustainability” even mean? It’s used so often, and in so many contexts, that discerning the intention and truth behind it can be difficult. But in the case of Roskilde, sustainability should be taken literally – the ability to sustain – both in social and environmental terms.

Roskilde has been run as a non-profit since 1972, donating all profits to the Roskilde Charity Society, which in turn distributes the money to charities such as Doctors Without Borders and Amnesty International. They also provide an opportunity for local cultural organizations and clubs to earn their own money through food stalls.

More pertinent to food stalls, however, are policies that guide Roskilde’s environmental sustainability platform. The focus on food is a direct response to the fact that food production and waste for the approximately 1.5 million meals eaten causes nearly 70% of the methane gases created as a result of Roskilde Festival.

This year 75% of all food produce was required to be organic. Next year, that number will jump to 90%. “We likely won’t push it further than that,” Sander explains, “because there needs to be a little bit of room for a variety of food practices. For instance, a stall may want to use wild-caught fish, which aren’t actually organic. Wild fishing is, of course, a sustainable practice though, so it makes sense to be open to things like that.”

It is this depth of understanding and practicality that was most impressive about Roskilde’s policies. What they promote may not always be easy to follow and it may occasionally be contradictory, but everything is done with a final goal in mind: running a festival that does zero harm environmentally and functions to benefit the community.

Take, for example, the release of Tuborg Rå Pilsner, the Danish producer’s only organic Pilsner, released for Roskilde Festival. “We’ve had Tuborg at the festival forever,” Sales & Partnership Manager Hans Christian Smed notes, “It took us five years to convince them to make an organic brew. But now that they’ve done it, it’s one of their most popular products. We made an actual change to the system, and that’s the most satisfying thing we can do.”

The Tetra Pak-boxed red & white wine sold exclusively through the festival is 100% organic, something Roskilde took on years before organic wine had significant distribution in Denmark (in fact, there was only one man importing organic wine, and he’s still doing it over a decade later).

Ironically, you may eat and drink the best, most sustainably and most organically of your life while covered in pee-dust. Shrug. Denmark.

Here’s a selection of food on offer this year at Roskilde Festival: 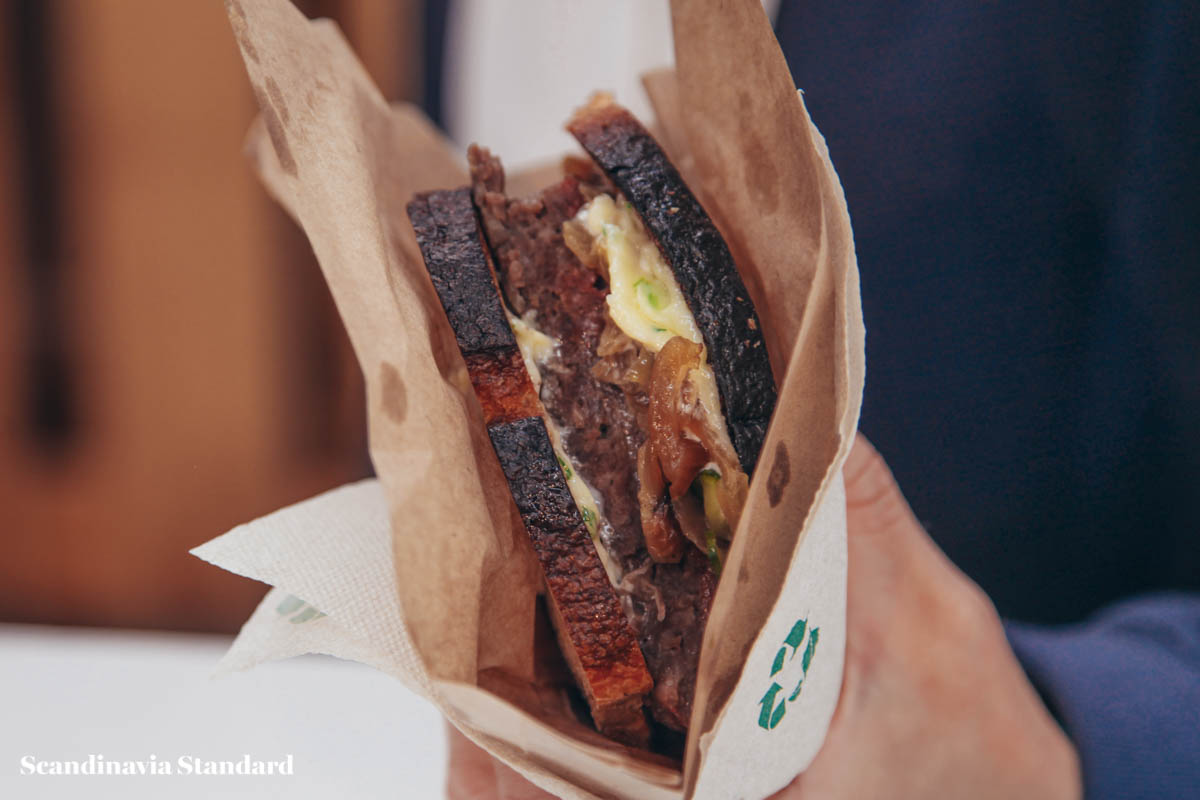 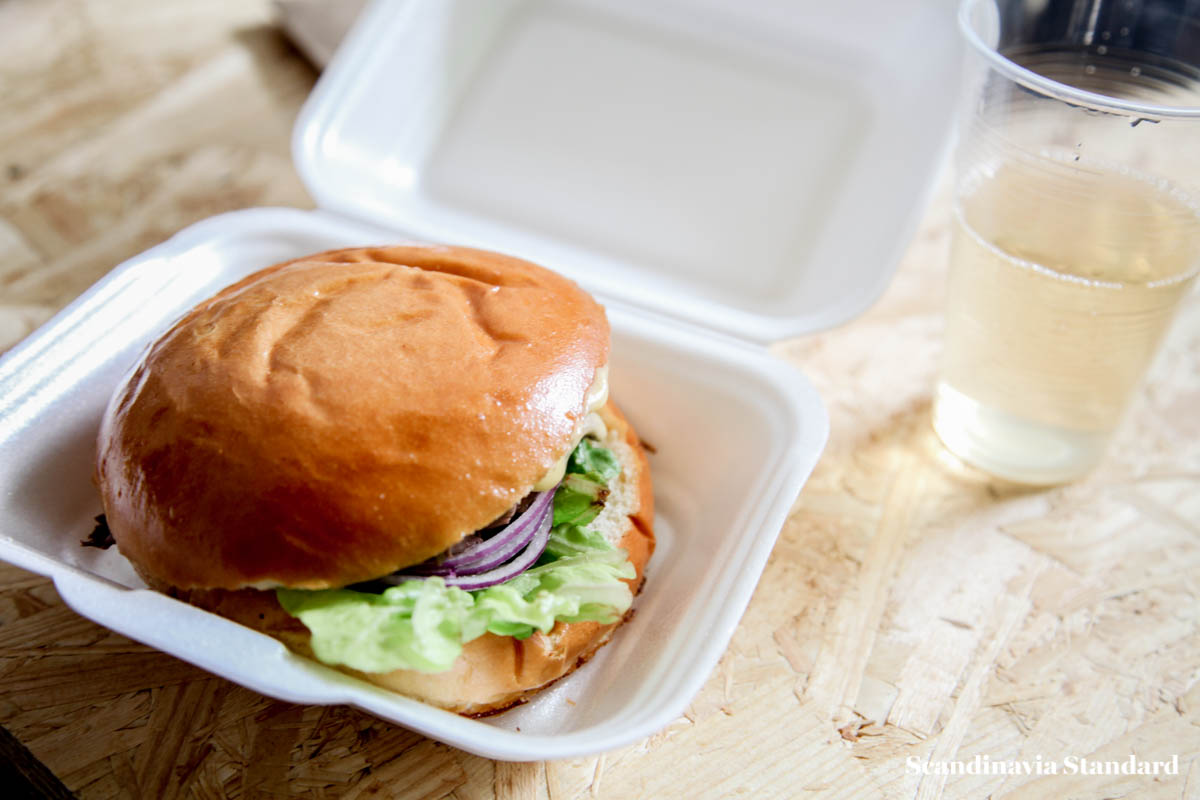 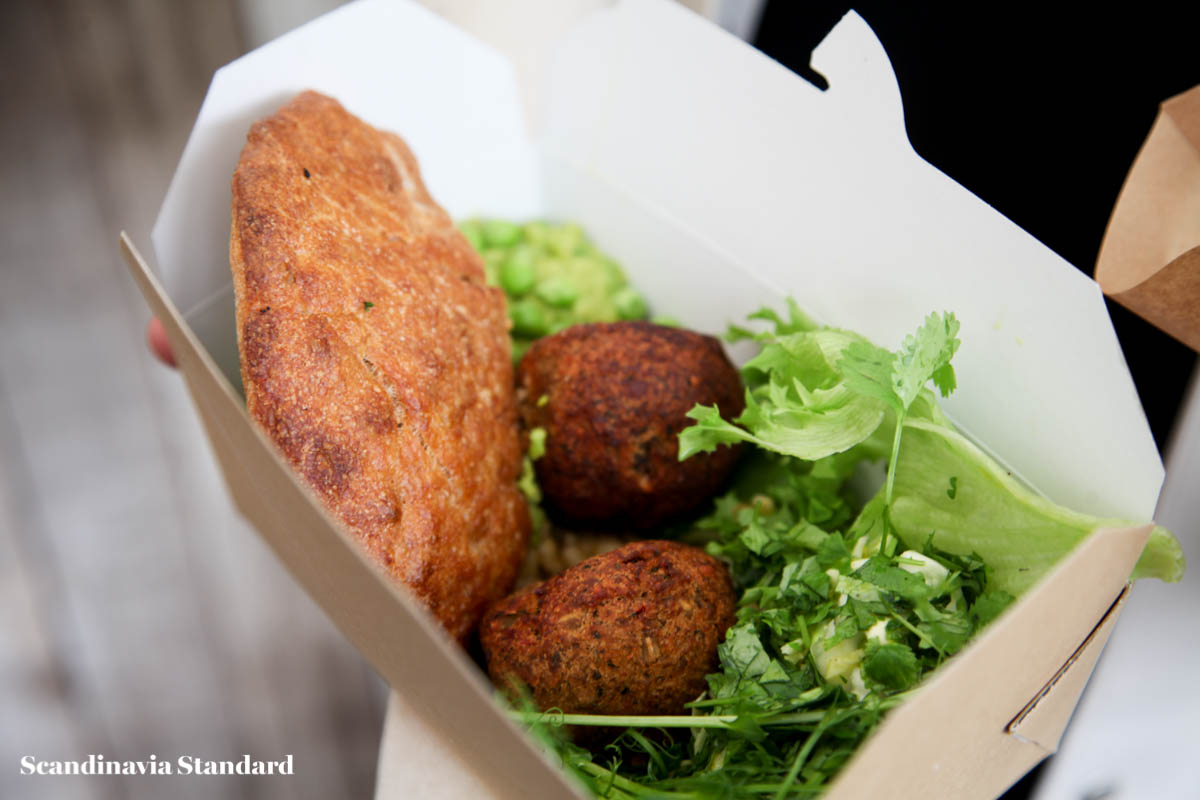 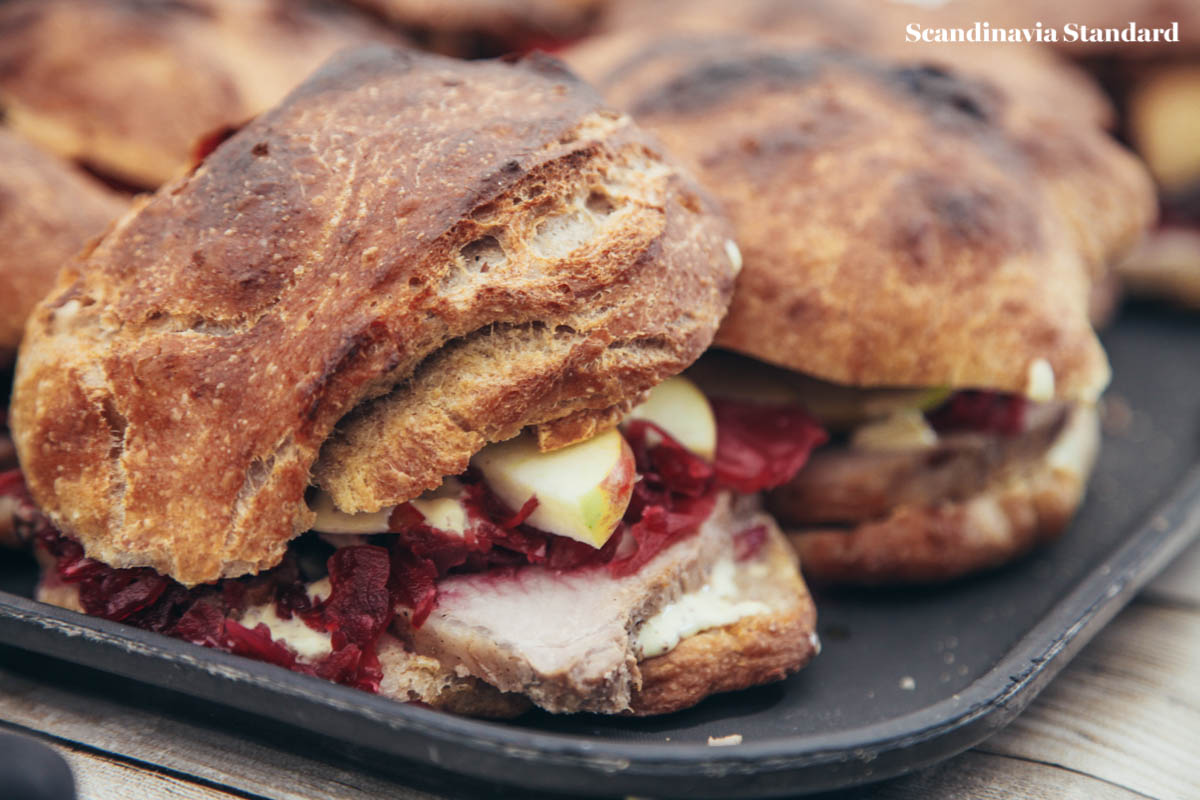 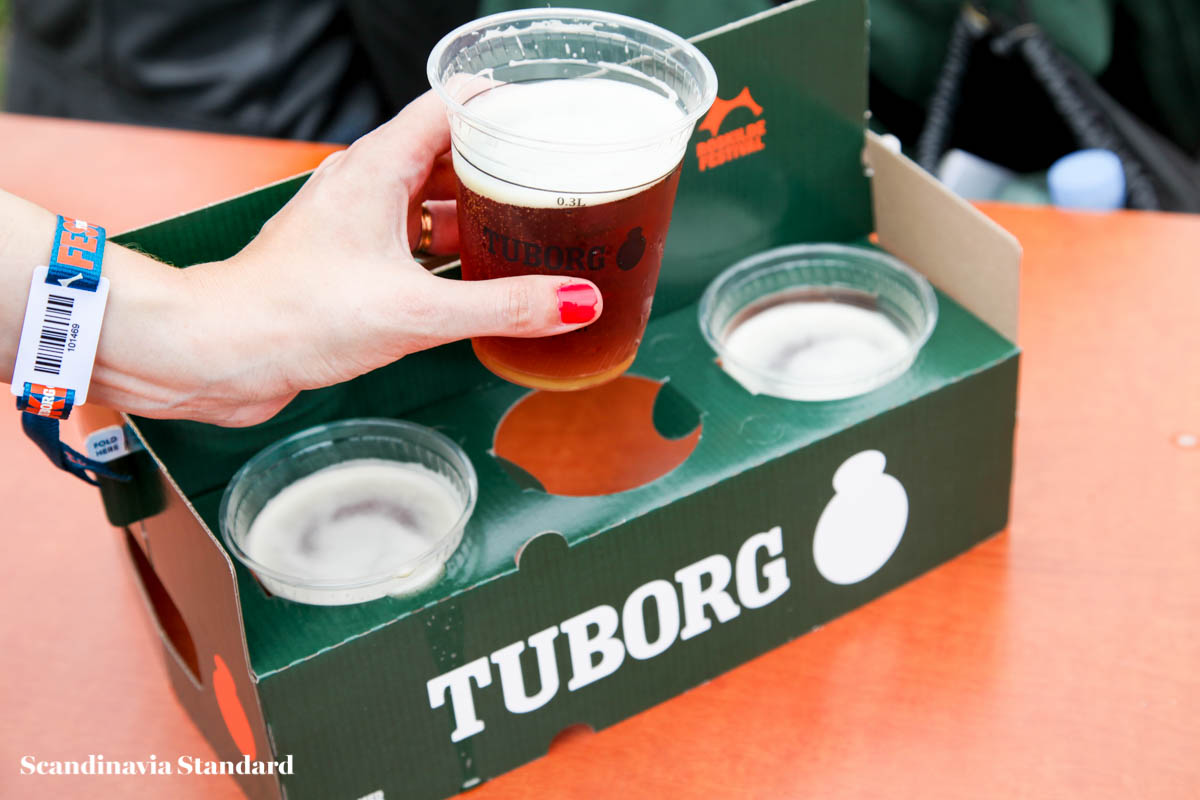 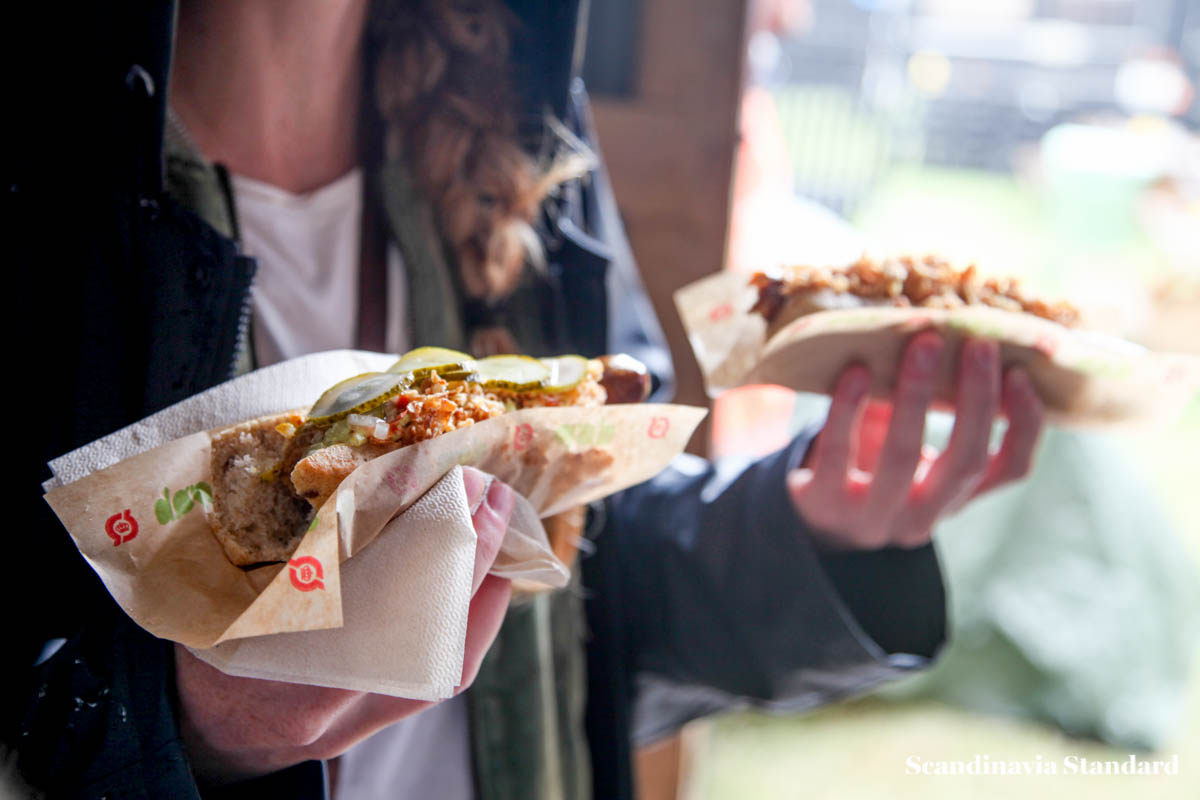 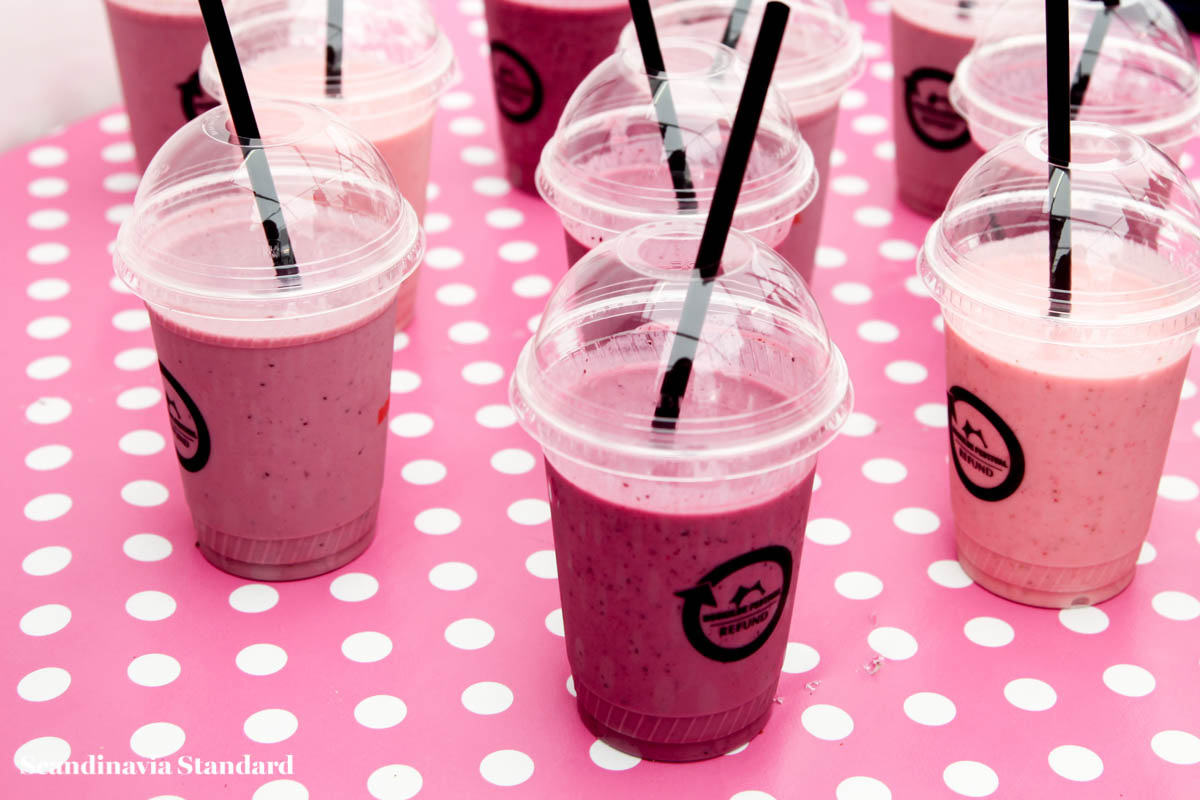 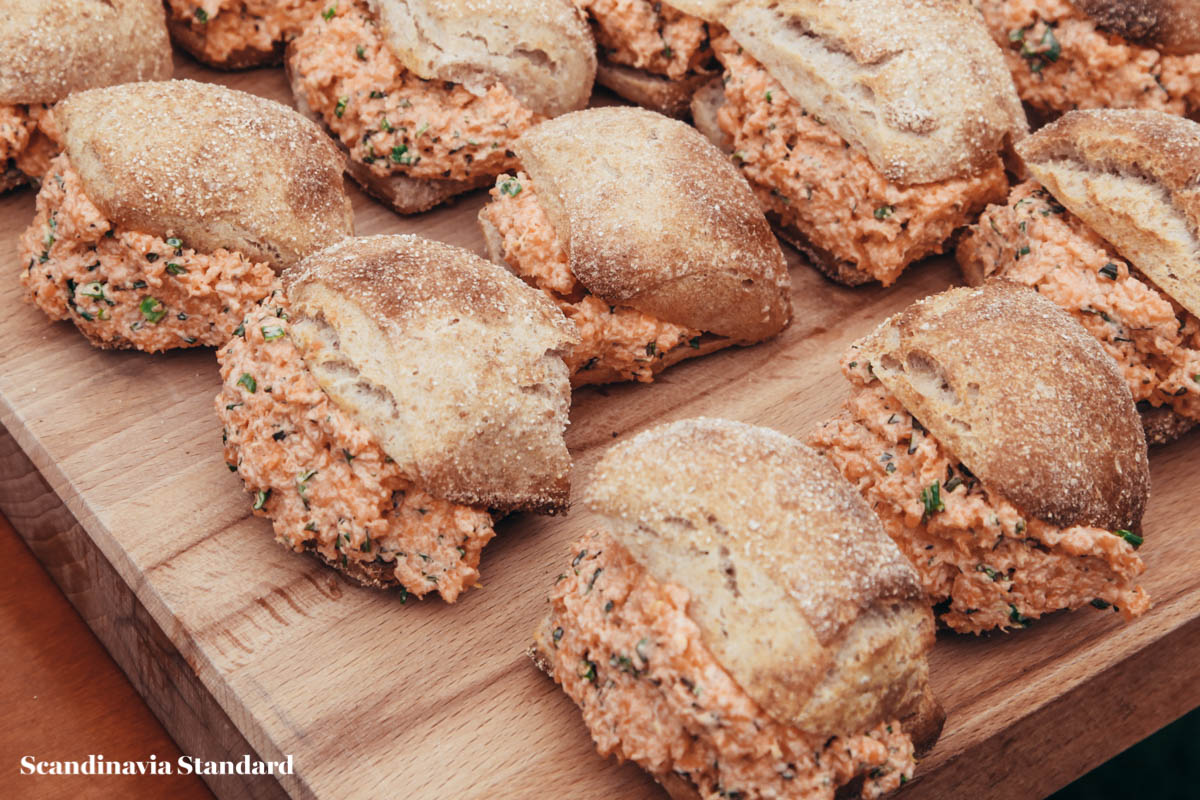 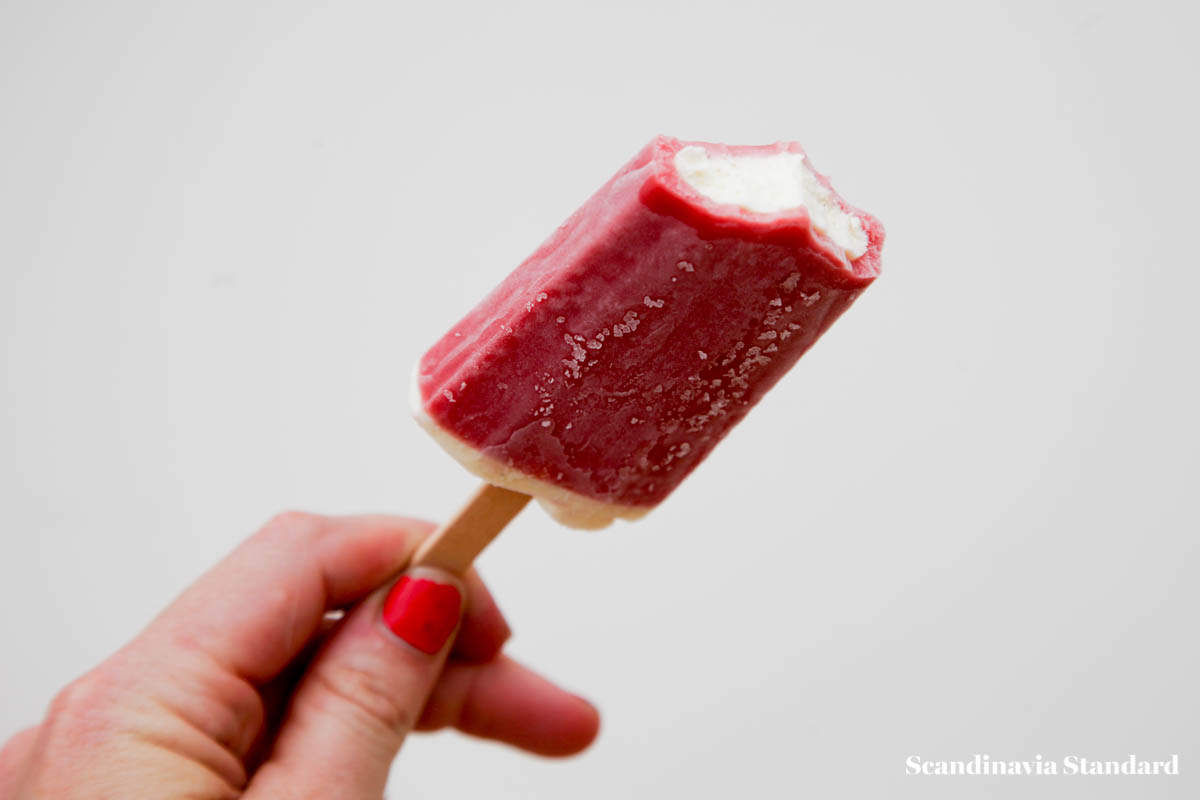 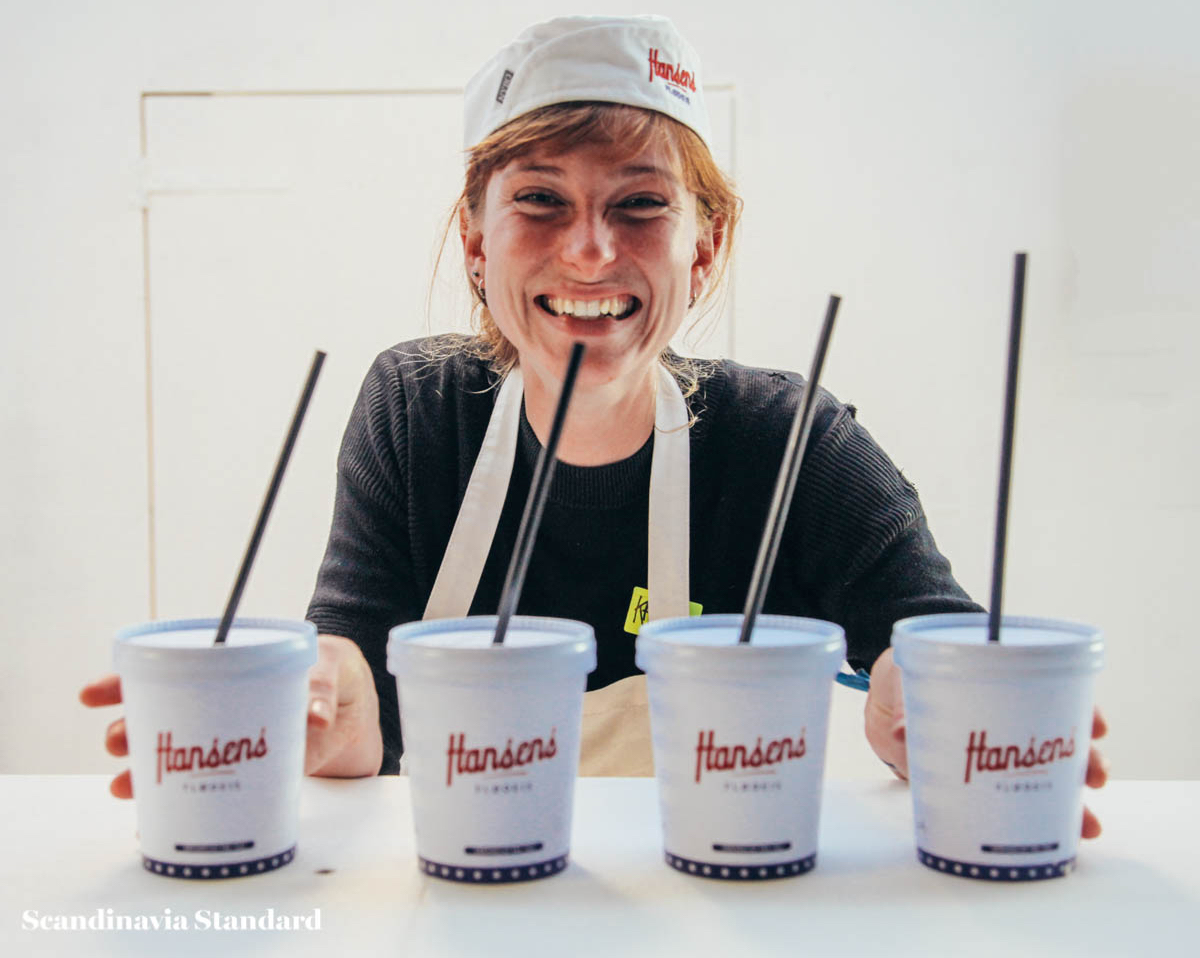 Thank you to Roskilde Festival for taking us on a delicious food tour of the grounds, during which time we tasted most of the foods pictured above.

Have a favorite food from Roskilde Festival, or one you wish had been available? Tell us about it in the comments!