It’s April, and weather-wise, we have no idea what to expect! But calendar-wise, we’re expecting great things: there’s simply too much to do this month.

This is what’s happening in Copenhagen this month, including all the best exhibitions, concerts and films:

Situated right on the lakes, Kaptajn couldn’t be better placed to have a terrace. And it’s finally opening for the season! Go have some drinks, take in the view, and pray that it doesn’t snow.

Wes Anderson: Order in a World of Chaos Series at Cinematket

Love symmetry? How about calming colors juxtaposed against the anxiety-raising neuroses of quirky characters? Then you must love American film director Wes Anderson. All month, Cinemateket will be showings his films, from “The Fantastic Mr. Fox” to “The Life Aquatic.” Be sure to check out the program for continued screenings; there’s a few more on the 12th and 25th!

Danish clothing brand Won Hundred and jewellery brand Maria Black are offering major discounts on their minimalist, high-quality designs. If you’ve been wanting a new spring jacket or set of rings without the massive price tag, this is your chance!

This classic of silent and vampire film, “Vampyr” (1932) will be shown as a live band plays the orchestral part. A spooky, wonderful way to enjoy this visually stunning masterpiece.

Designing for Shared Living: A New Perspective at SPACE10

This talk at SPACE10 in Kødbyen explores how shared spaces could be a solution to the increased urbanisation of our world, and the subsequent decrease available space in urban areas. Matthias Hollwich will be speaking; he’s the co-founder of the progressive NYC architecture firm Hollwich Kushner, as well as the founder of Architizer. This promises to be a thought-provoking evening. 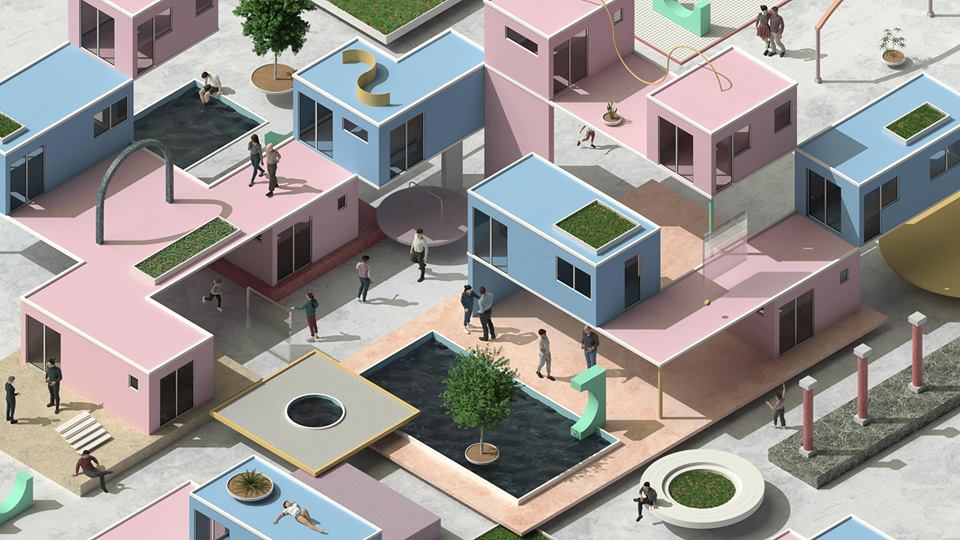 The Blow at Ideal Bar

This American electro-pop duo are all about finding the acoustic soul in electric sounds, and their latest album Brand New Abyss is a study of weird, wonderful, slow, fast and hypnotic.

This flea market has free entrance and two floors packed with secondhand clothes and accessories. A pretty nice way to spend a Sunday! The market opens at 11 and goes until 4 pm.

If you’re into horror films and related sub-genres, you won’t want to miss the Bloody Weekend festival. The featured films include “Victory Crowley” and “Housewife.” You’ll be able to see legendary Swedish actress Christina “One Eye” Lindberg present the classic Swedish film “Thriller” (the first film ever to be banned in Sweden), and she’ll be signing autographs afterward. For collectors, there will be memorabilia on sale in the lobby.

Khmer Cuisine has just opened, and it’s the first Cambodian restaurant in Denmark! They open their doors for a massive Cambodian vegan feast between 4 – 10 pm. It’s the kind of meal for which you’ll want to bring friends; warming dishes, strong flavors and a LOT to eat.

For fans of country music, American singer/songwriter Courtney Marie Andrews is an absolute darling. With a voice reminiscent of Joan Baez, she’ll make even the country-music skeptics rethink their stance.

This three day long music festival at Lille Vega celebrates metal, post-rock, ambient, math and doom. Their line-up includes Sannhet, math-rock geniuses And So I Watch You from Afar, Godspeed You Black Emperor, Ef and many more. You’ll also be able to attend talks and buy vinyl. Day or full festival tickets are available.

There’s something so special about ceramics; they’re handmade and unique, adding something special to every day. This spring market includes wonderful Danish designers like Yonobi Studio, C for Ceramic, Trine Rytter and many more. Entry is free and there will be food available, so go have a browse around and pick up something beautiful for your home.

This Danish folk artist had a big, big year in 2017 and is poised to have an even bigger 2018. His gentle, odd, prose-y pop hits all the marks of charming, interesting and lyrical. Catch these tickets before they sell out!

Though it is surely the sweatiest festival name we’ve ever heard, it’s the thought (and the music) that counts! This day of music is all about Scandinavian club music, so you’re in for a fist-pumping, dancing-til-you-drop good time. Acts include Nølah, Andrea Martini and Noir.

Check out this ultra cool festival: 22 art shows in 22 days, where each one is mounted and then dismantled in 24 hours. All shows are held at LOKALE in Nørrebro, and both Danish as well as international artists will be represented.

So many are affected by Bipolar Disorder, whether through their own disorder or a loved one who experiences it. April 19th is World Bipolar Day, and Husets KBH is honoring the day through a panel discussion and showing of the Stephen Fry documentary “The Secret Life of the Manic Depressive.” Tickets are 50 DKK and include a sandwich during the break.

This spring, Back To Future Sounds is presenting BTF & Friends in Bakkens charming backyard in the Meatpacking district from 5-11pm. Friends, and friends to be, are invited to chill to this with open dj-session, and have a slamming good time to kickstart the weekend. There’s free Jameson Irish Whiskey from 17 pm – 19 pm, so be there early! 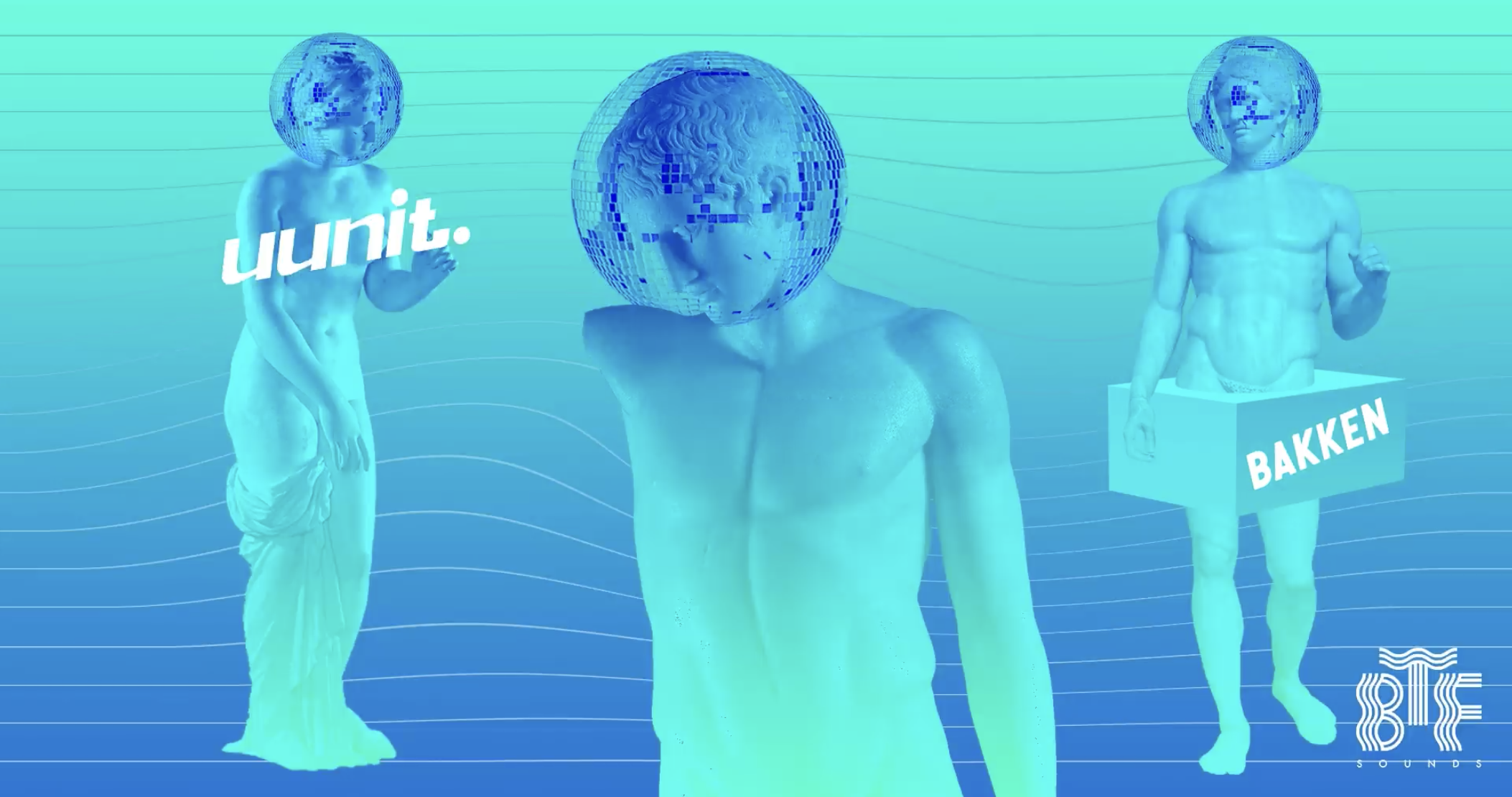 Check out two showings, at 7 and 9:30 pm, of cult film “The Room.” Known as the worst film ever made, it has kept audiences enraptured since its 1992 debut, and now with the release of “The Disaster Artist,” a major motion picture about the making of the film, demand for screenings is high as ever. If you haven’t yet, go see it; it’s a real trip!

Danish on a Sunday: The Stranger at Cinemateket

A weird story, and a true one. For this instalment of Cinemateket’s film series that spotlights Danish films and adds English subtitles, see “The Stranger,” about a woman who meets a man on Facebook, moves in with him, then finds out everything about him is a lie. Though the male lead is played by actor Esben Dalgaard, most of the other main characters are played by their real-life counterparts.

Think you know a lot about classic and cult films? Pull together a team and try your hand at this quiz. It’s all about good vibes and fun. NB: this event is in Danish.

In need of a great leather jacket that will last a lifetime (and then some)? This UK-based brand does super cool pop-ups around the world, and they’re coming to Hotel SP34 in Copenhagen! Personal shoppers will help you find your perfect style and fit. Then you get to take your jacket home or have it shipped to you, if you’ve added customisation. Spots are limited and they go fast, so book here.

The new face of Danish hip hop is here, and it’s 24 year old Noah Carter. Check out his set; tickets are going fast! Between his on-stage energy and his flow, it’ll be a good show for sure.

This young American singer is on the rise, thanks to an easy-breezy pop-meets-R’n’B sound and a lovely voice (and it doesn’t hurt that he’s pretty adorable).

This festival celebrates the beautiful blossoming cherry trees, as well as aspects of Japanese culture. There will be food stalls to choose from, tea ceremonies and martial arts demos. Free and perfect for all the family. 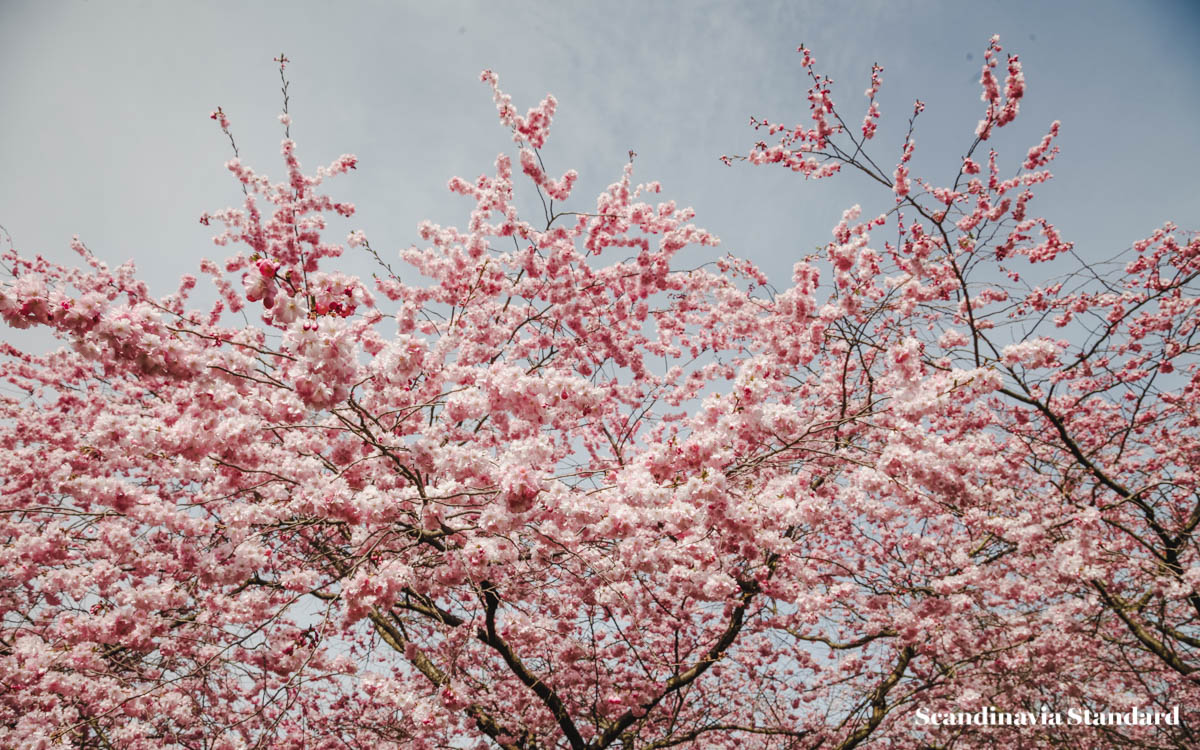 If you’re a fan of Nordic food, or you want to learn more about the Nordic food scene, this is the event for you! There will be over 80 artisanal food vendors covering three groups: slow fish, slow cheese and regional foods, as well as events and workshops. This all takes place at Københavns Madhus in Kødbyen.

If you’re a tree-hugger, or would like to become one, this is the festival for you. Over one day, you can attend foraging and bird-house making workshops, as well as tree dancing and drawing for children. There will also be 16 new trees planted in the area. What a great day, and very child-friendly! All events are free.

It’s astounding! The cult film to end all cult films; the one that you’ll be singing for the rest of your days. There’s nothing quite like seeing “The Rocky Horror Picture Show” on the big screen and feasting your eyes on Tim Curry in all his sexy glory.

Say, do any of you guys know how to Madison?

See the storied Danish jazz bassist play along with a few friends, mostly taking from his latest album “New Nordic Jazz.” Although Doky has played across genres throughout his career, it’s always been rooted in a jazz sensibility. This is sure to be a virtuoso performance!

The first exhibition in their 60 year anniversary celebration, the Picasso Ceramics is truly something to experience. A look at a lesser-known medium of the legendary artist, the ceramics are as wonderful, joyful, and historically important collection that every art and design lover should see. 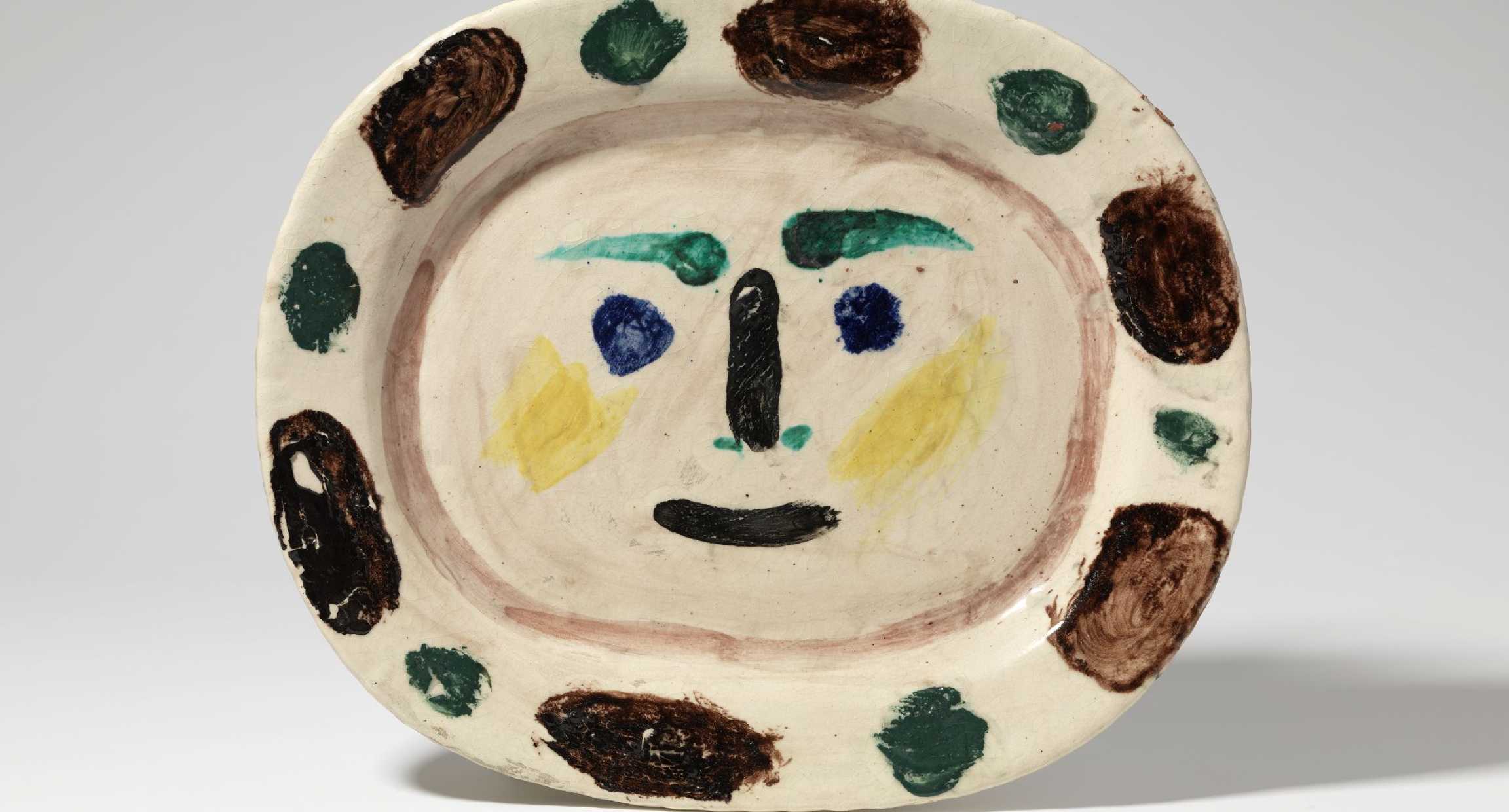 High on Luxury: Lost Treasures of the Roman Empire Exhibit at Glyptoteket

Silver, gold, gems and luxury items created during the Roman Empire, celebrating artisan craftsmanship and decadence. If you’re in the mood to party, but in a super-cultured way, this is the exhibit for you.

Art in the Making Exhibit at Statens Museum for Kunst

Ever wonder how a masterpiece is made? This exhibition explores the process by which art is made from initial sketches through final results. Artists such as Krøyer, Degas and Rembrandt are included. On from 8th February until May 2018.

This is a small exhibition in the hall between the lobby and the cafe of Designmuseum Danmark, but it’s really worth a visit. These incredible pieces are a blend of furniture and art; one-off pieces that utilise new technological advances to create awe-inspiring textures.

Danish painter Jesper Christiansen is renown for his literary paintings that create almost-theatrical scenes and staging. “Touchstone” combines text with paintings to showcase the relationship between the words and visuals. A really interesting and unique museum experience!