One of the first things you’ll notice when visiting Stockholm is the abundance of pastries. And what a great thing to notice! For people outside the Scandi-verse, kanelbullar (cinnamon rolls) are coil-shaped buns with cinnamon-flavoured filling, usually glazed with thin icing. These buns can be enjoyed at any time! There is the traditional fika setting (a cosy coffee and pastry), or lazing in the sun at Mariatorget, or even sitting on the bow of a sailboat while cruising the Stockholm archipelago. All situations can be improved with a nice cinnamon bun.

Over the past few years, the kardemummabulle (cardamon roll) has increasingly become the fika bun of choice in Stockholm, but let’s be real: cinnamon is king of the Swedish pastry jungle. One thing is for certain: in Sweden not all cinnamon buns are created equal. Some are light and fluffy, but more dry; while others are heavier on the butter. Interestingly, the variation between Swedish cinnamon rolls isn’t as noticeable as the cinnamon rolls of Copenhagen. The Danish cinnamon bun tradition isn’t as long as Sweden’s, and so the recipe is more open to interpretation; just a guess.

Here at Scandinavia Standard, it remains our mission to explore the complexities of these mouth-watering pastries. Although you can find kanelbullar at almost any bakery or supermarket, the best ones can be found at a few choice locations around the city.

Here are our favorite, dare we say the best, cinnamon rolls or kanelbullar in Stockholm:

Valhallabageriet has the most authentic bakery feeling in Stockholm. You’ll agree as you watch the bakers rolling out dough in the back, smell the flour in the air, and lust after stacks upon stacks of pastries filling the windows. Sounds like heaven, right? Generally speaking, the taller the cinnamon bun, the more they’re like air castles, but Valhalla breaks this rule. The rolls are tall but packed with cinnamon flavour, not air. 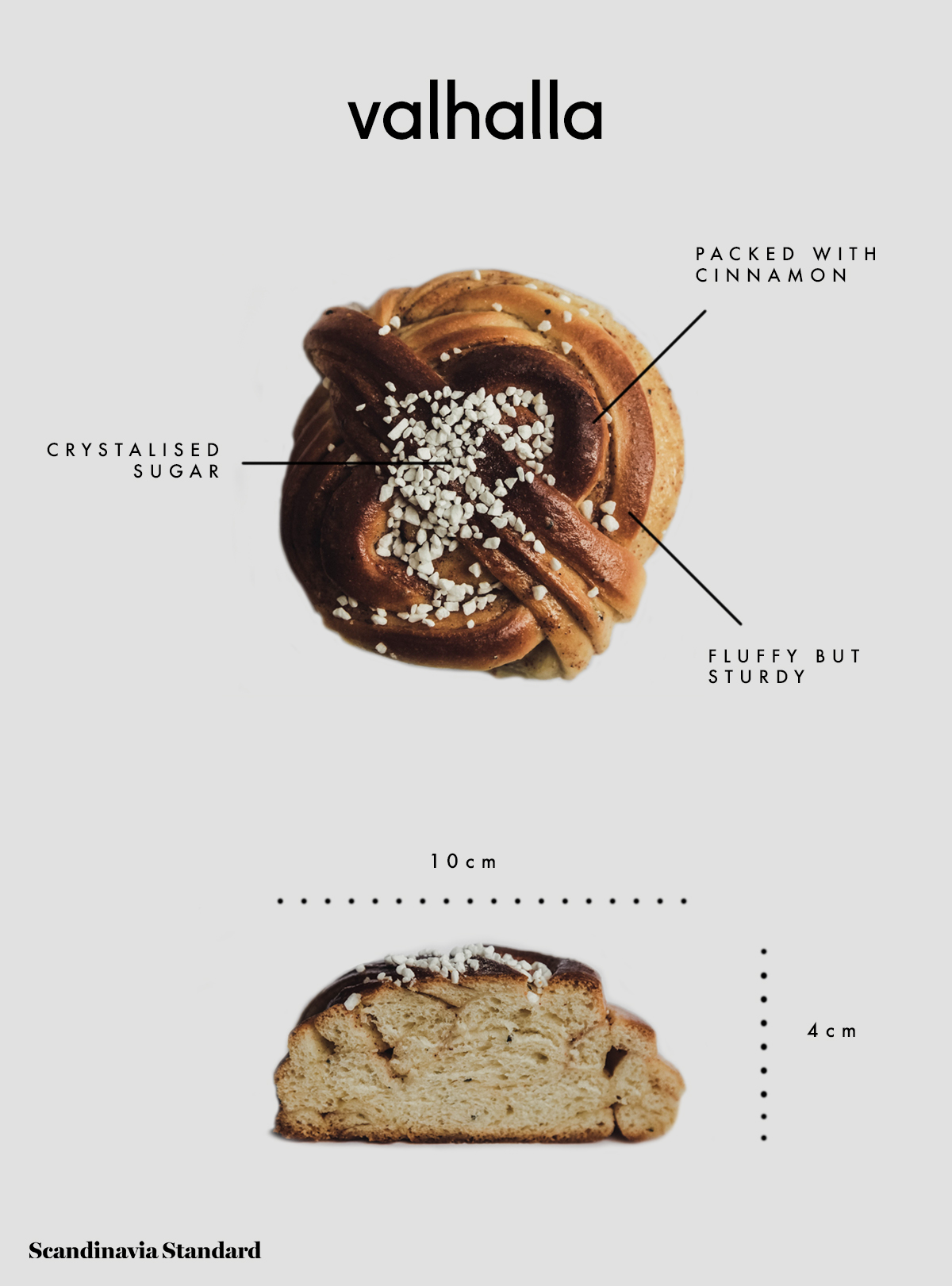 From the outside, Gateau’s cinnamon buns look like just another classic cinnamon bun. But don’t be fooled, inside they’re filled with bursts of cinnamon-buttery goodness. Gateau has grown enormously and their quality is consistent across Stockholm. 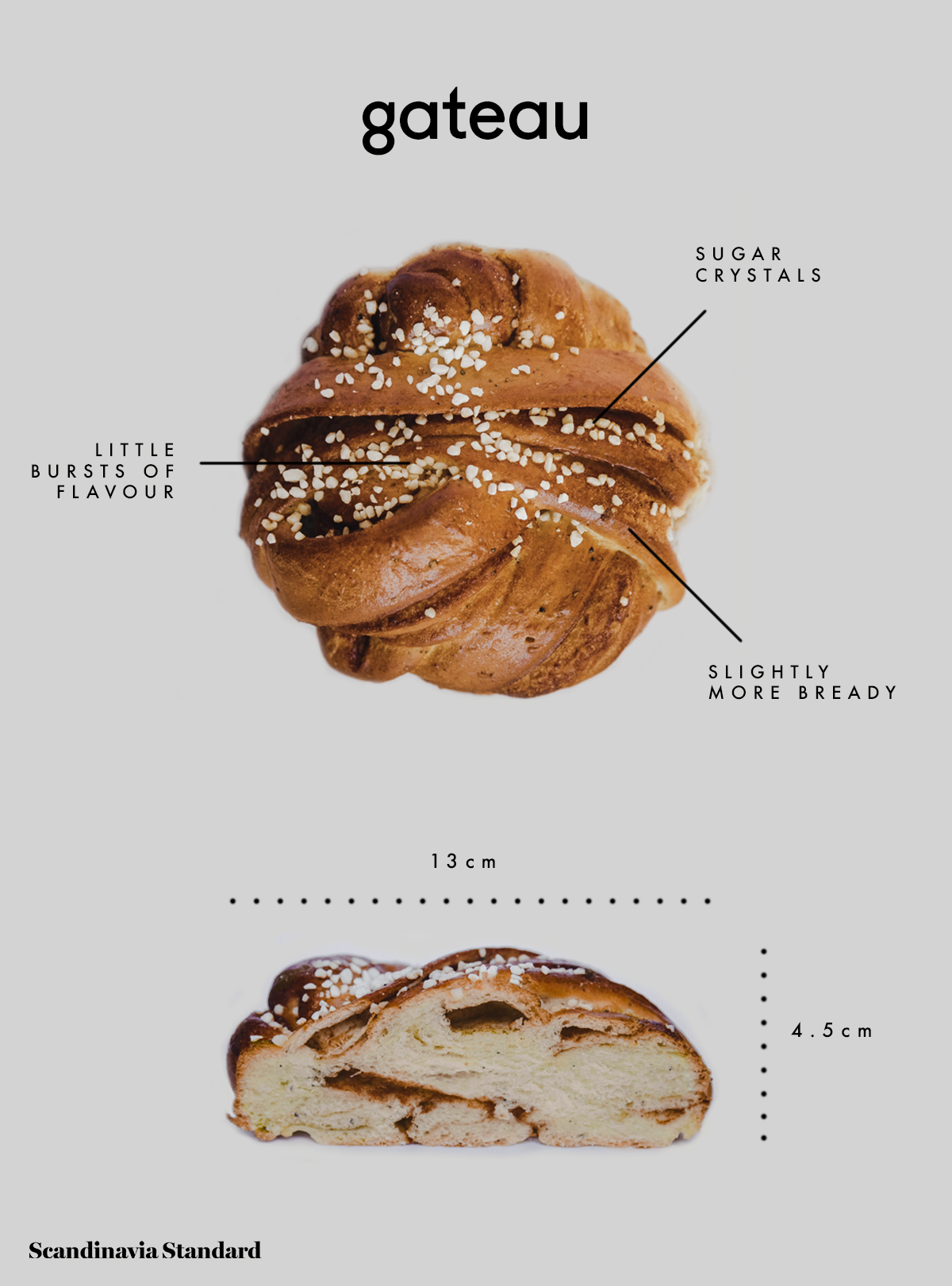 This bakery is located in Rosendals Trädgård, a big organic garden on the island of Djugården. This is a solid, all-round bun, and well worth the trek to Rosendal’s garden for a bite. The bun is bready and fluffy, with an excellent syrupy caramelised sugar filling. While you’re there, explore the gardens, greenhouses and café that also serves food based on what they grow in the surrounding gardens. 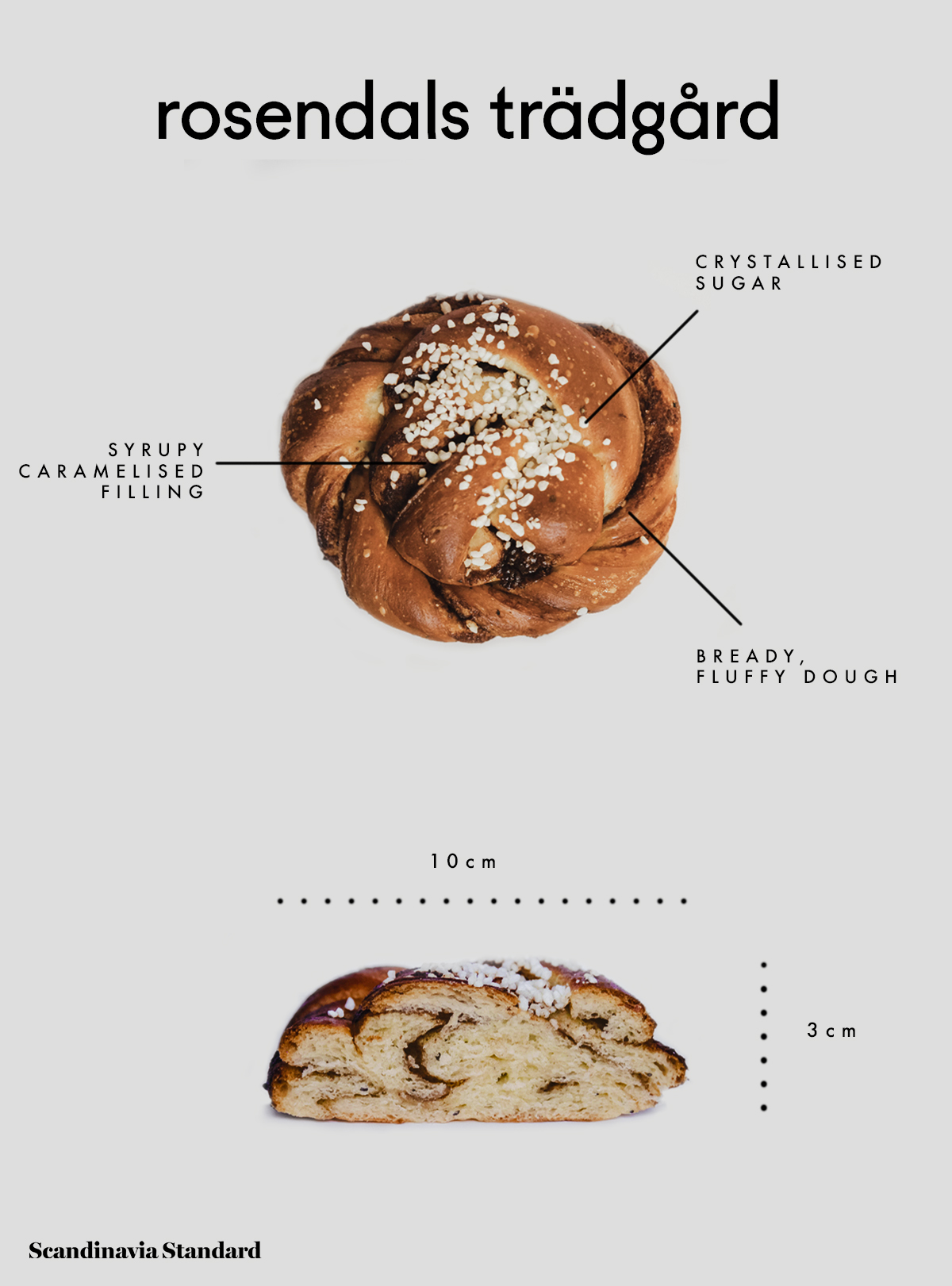 Although Green Rabbit was opened by Michelin-starred chefs Martin Berg and Mathias Dahlgren, the cafe has a very casual affair. The flavours of their juicy cinnamon buns won’t disappoint. Their recipe is a unique take on the Swedish classic, with a crunchy top and elements of rye flour. The roll comes with comes in a base paper, like a cupcake. 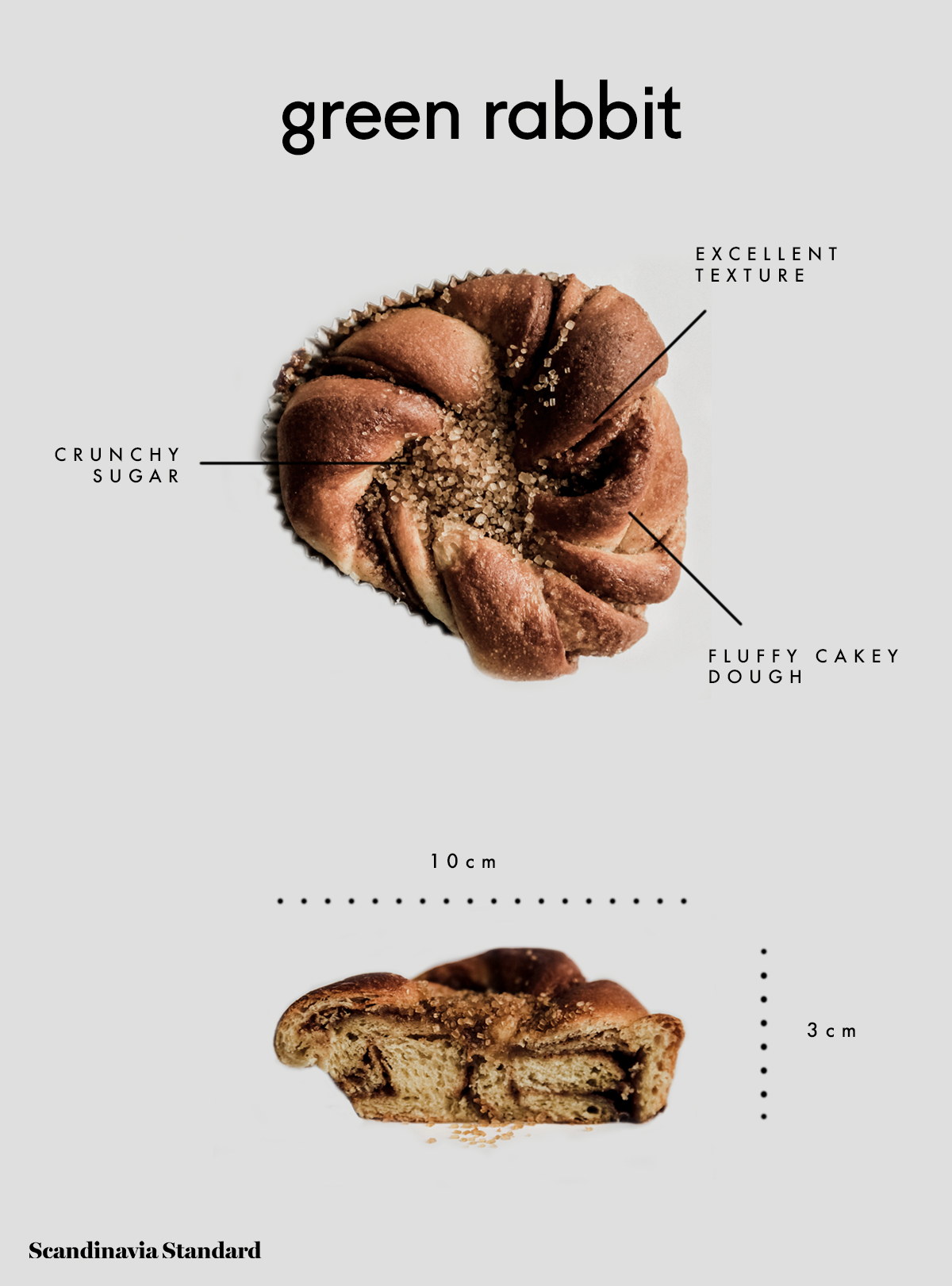 Petrus bakeri is a favorite amongst the Södermalm locals, evidenced by the throngs of “latte pappas” (Swedish men on paternity leave) you’ll find there in search of good coffee and excellent pastries. These beauties have a strong almond flavour with almond flakes on top to boot. They have a great consistency, not too fluffy, not too dense. 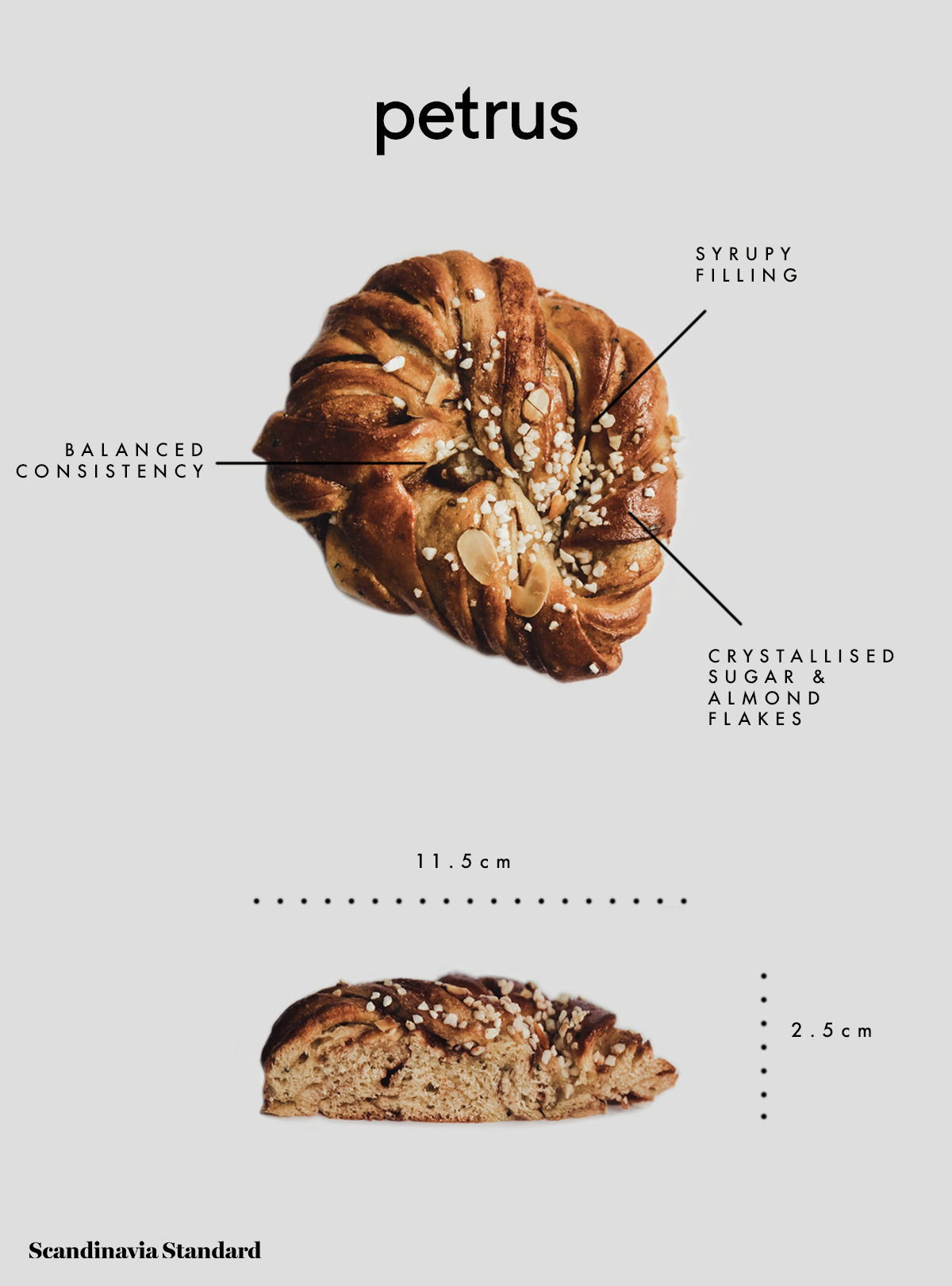 Fabrique, around since 2008, has bakeries across Stockholm so you don’t have to look far to find your next kanelbulle. Although it seems easy to discount a bakery because it’s a chain, Fabrique remains one of the best. Their buns are more doughy and moist, lying on the buttery side of the spectrum. 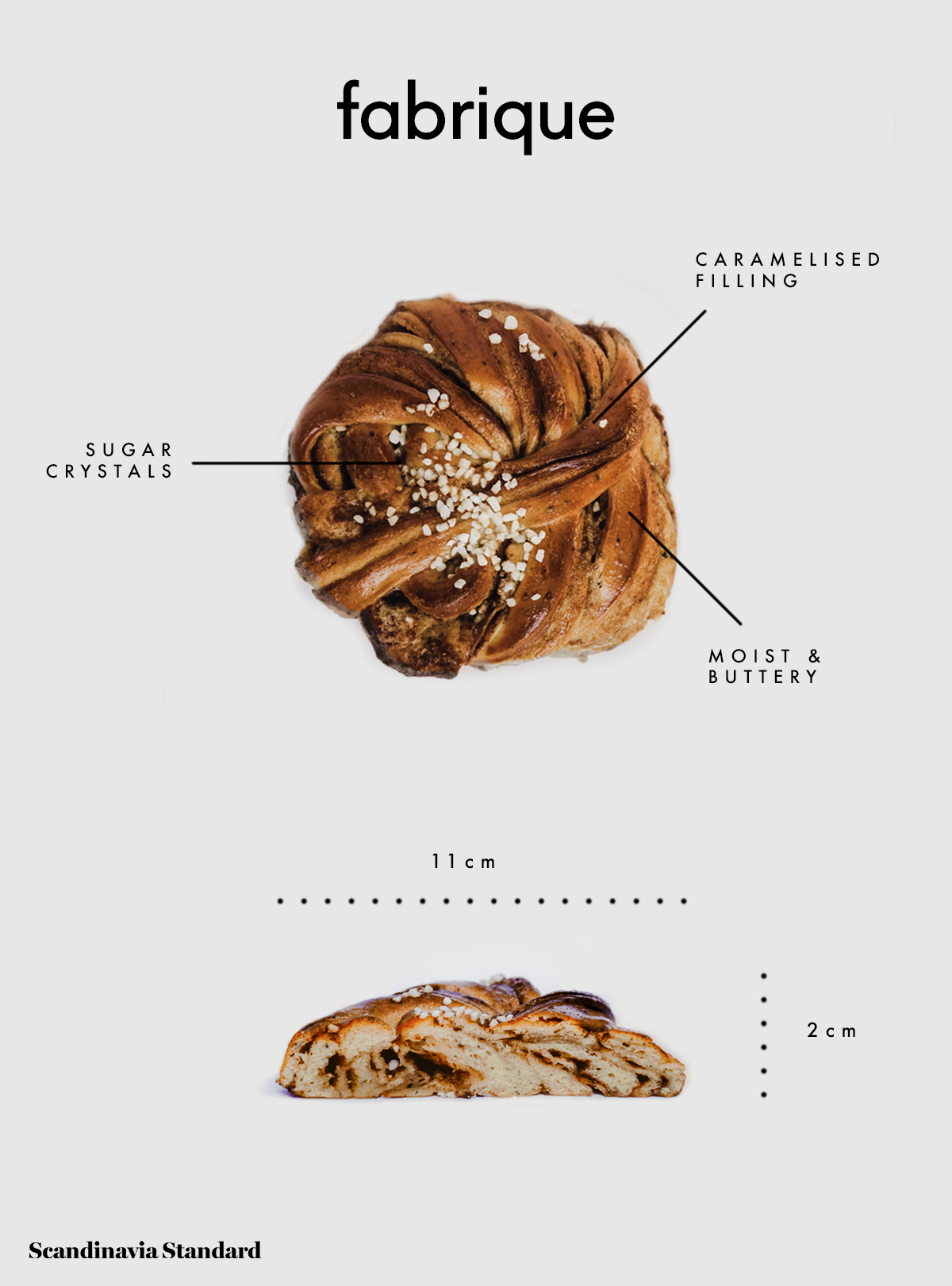 Special thanks to Albin Blomkvist for his gastronomical guidance.

Hungry for more? Check out our guide to Copenhagen’s Best Kanelsnegle!