Norwegian Christmas, or jul, is a joy to celebrate. While some of the traditions for Christmas in Norway are reminiscent of the Danish Christmas celebration, there are so many that are unique to the country and culture. Not to mention the landscape; it’s pure magic to be surrounded by mountains and guaranteed snow, North Pole-style. So how do we celebrate Christmas in Norway? There’s music, cakes, and usually, a blanket of gleaming snow embracing the landscape.

There are many cultural phenomena tied to Christmas in Norway. Ski jumping is a must-watch on television, as are “Jul I Blåfjell,” a popular children’s program, and “Flåklypa Grand Prix” an animated film about an inventor and his animal friends. Kids and adults alike take pleasure in these traditions, bringing generations together in the name of this beloved holiday.

But not everything is geared towards the kids! Julebord, the Norwegian Christmas party typically held with family, friends, or colleagues (and a person may attend many julebord in a single year), is known to be somewhat of a boozy affair. That may be changing slightly, as you’ll read below, but the parties are still fan favorites for the crowd that likes a good beer or two with their food.

So what is Christmas really all about in Norway? Let’s take a deep dive into why this time of year is so unique in the far north.

Discover the traditions, food, decorations, and songs that that make celebrating Christmas in Norway so special:

What to eat during Christmas in Norway?

Julebord (Christmas party) is one of the great Christmas traditions in Norway. In the months before Christmas, you gather together with friends, colleagues or family to eat all day and night. It seems that the main goal for the evening is to get so drunk that you (almost) can’t find your way home. This is a similar tradition to the Danish Julefrokost.

Julebord dishes include Pinnekjøtt (stick meat) and the rømmegrøt (sour cream porridge); you’ll see more on them below.

If you find yourself in certain parts of western Norway, you may be served smalahove, a dish made of an entire sheep’s head. 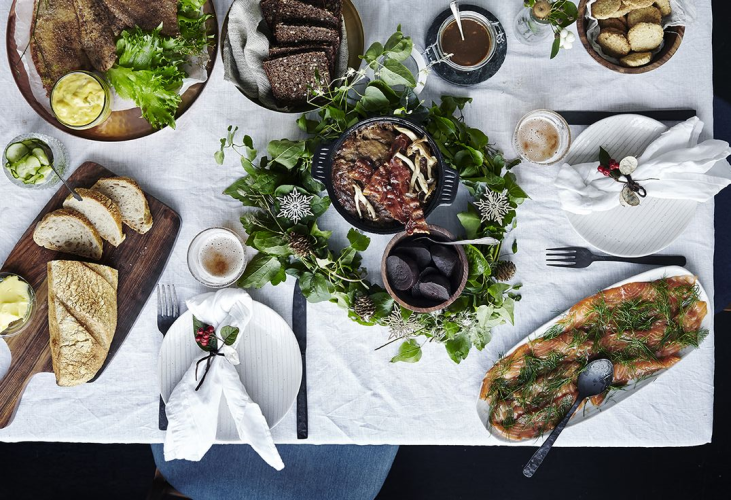 Pinnekjøtt is lamb or mutton and the preparation can be a really long process. Curing, drying and sometimes smoking is done before the meat is soaked in water and steamed on birch sticks over water in a large saucepan.

The rømmegrøt is similar to Danish risengrød or Ris a l’Amande. It’s a sweetened porridge topped with a knob of butter and cinnamon, and is eaten hot. Norwegians love it, and with ingredients like that it’s easy to see why! 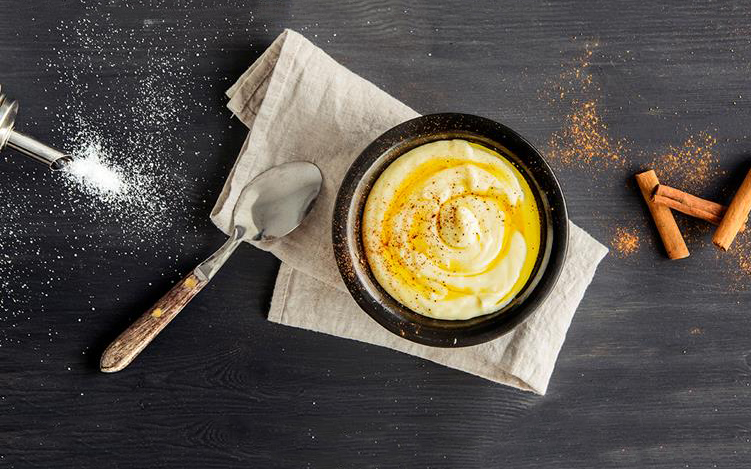 The main Christmas celebration in Norway is on Christmas Eve (julaften) on the 24th of December. What do Norwegians eat on Christmas Eve? Perhaps the most important, traditional dish is ribbe (roasted pork belly). Other dishes you’ll often find on the table include juletorsk (Christmas cod), pinnekjøtt, kohlrabi, and risengrynsgrøt (rice pudding) for a tasty dessert.

Julekaker is a general term for Christmas sweets. Norwegian julekaker are beloved by young and old alike; it just wouldn’t be Christmas without the sweets! While there’s an almost innumerable list, the most popular ones are: 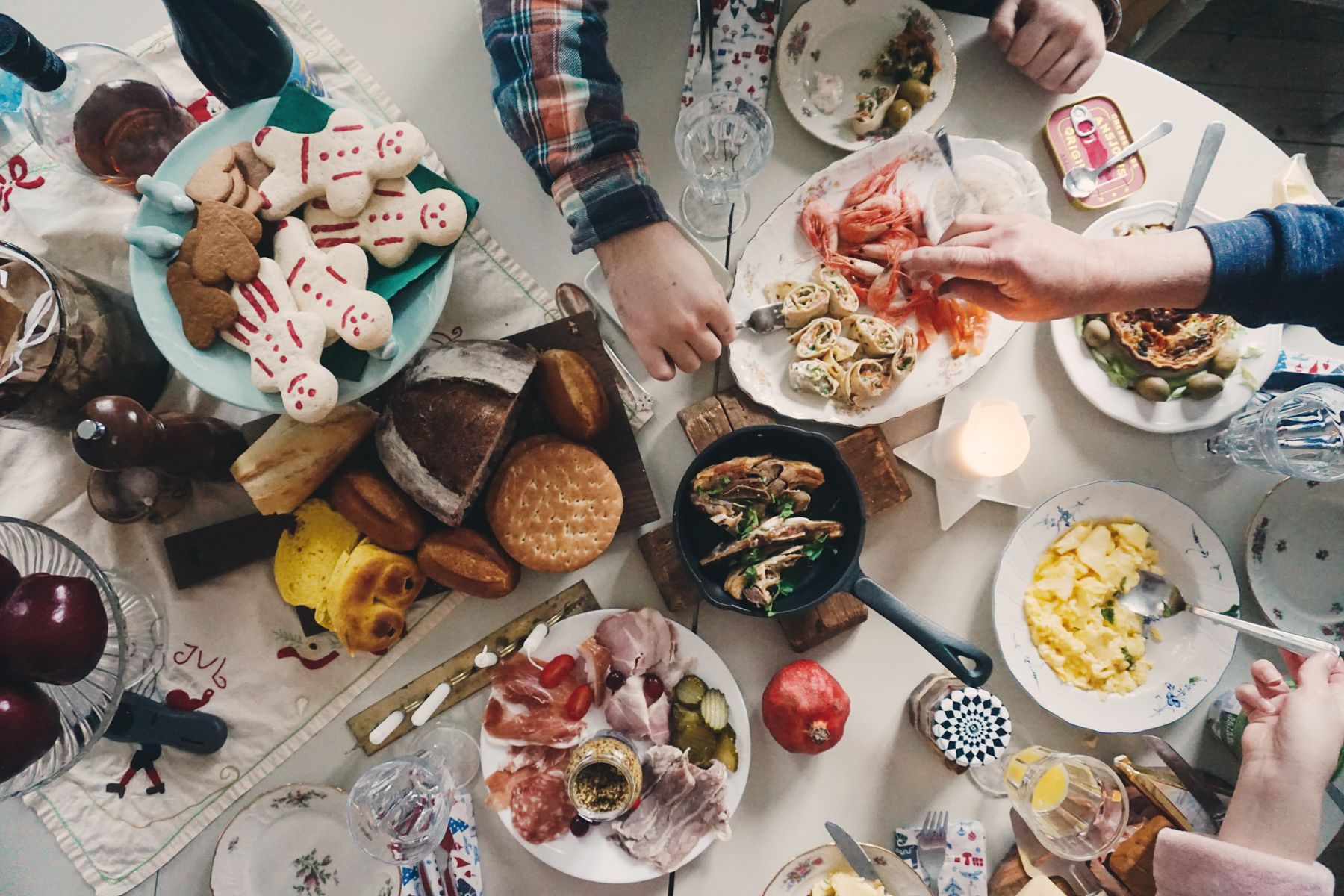 “O Jul med din Glede” (“Oh Christmas with your Joy”) is one of my favorite Norwegian Christmas carols. It’s considered a kids’ song, but the joy of it makes grown-ups sing along too. And singing is not enough: you must do the moves! As the lyrics say: clap your hands, sing and laugh, and curtsey and bow.

This animated movie from 1975 (called Pinchcliffe Grand Prix in English) has a mythic status in Norway. Kids as well as grown-ups love to watch it during the Christmas holiday on Norwegian television. It’s considered a must-watch, and I understand why!

The plot: an inventor and his friends, a penguin and a hedgehog, build a race car for an oil sheik. A little weird? Yes! But this movie is amazing.

The music, written by the Danish composer Bent Fabricius-Bjerre, is great. More than one band has been inspired; you might recognise the title melody in the Norwegian hip-hop duo Multicyde’s “Not for the Dough” from 1999 or Blue’s “All Rise” from 2001. 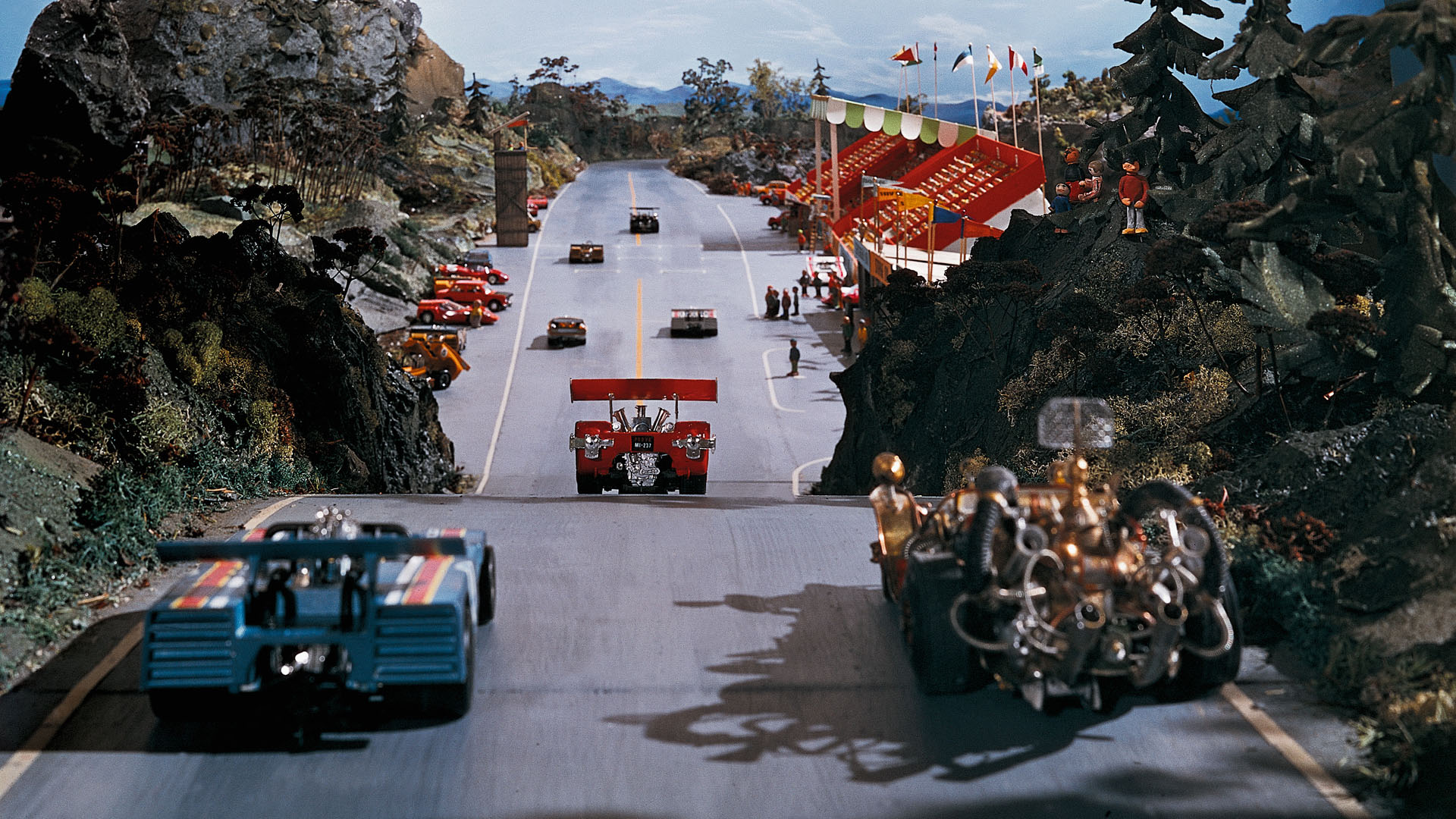 Norwegians love skiing and ski jumping like no one else in the world. Winter is the high season for skiing and you can watch it on television all Christmas, if you want. The grand finale is the Ski Jumping World Cup in Oslo’s Holmenkollen on the 1st of January. Even if you don’t know the rules or any of the competitors, you can feel Norway’s enthusiasm for this nationally-beloved sporting event (and those jumps are AMAZING!).

Jul I Blåfjell (Christmas in the Blue Mountain)

This Norwegian Christmas TV-show has been extremely popular with children since its premiere in 1999. Kids have the joy of watching one episode per day from the 1st to the 24th of December. Jul I Blåfjell (Christmas in the Blue Mountain) is a wonderful Christmas fairytale that, in true Norwegian style, includes pixies wearing blue Christmas hats. 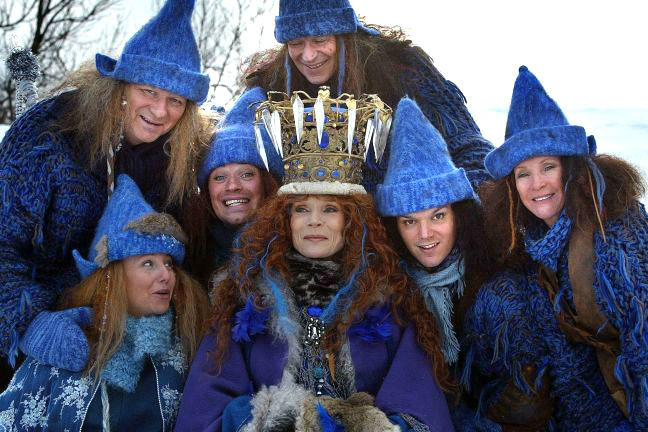 In what is perhaps one of Norway’s most charming and inexplicable traditions, it’s a must-do to watch a 1973 Czech version of “Cinderella” that has been dubbed into Norwegian. By a single voice throughout the whole film. Yes, you read that right. The film is played at 11 am on Christmas Eve, making it the ideal way to start the day. The entire film is available on YouTube and we definitely recommend it!

It’s typical to DIY your own Christmas decorations around the home; it’s a very personal and creative thing. Pixies made out of toilet paper rolls are proudly on display. This homemade aspect really showcases how kids are the focus of Christmas. The adventsstake is very common, as well as hanging stars lights in the window.

One decoration that’s placed outside of the home is julenek (sheaves of wheat). These are hung on trees for the birds to eat. During Christmas in Norway, everyone, even the birds, should have a good meal!

A classic found in most Swedish and Norwegian homes, this (typically red) candleholder adds a dash of nostalgia to any table. It’s simple yet playful, and definitely announces Christmas has arrived. It’s also known as a Swedish Candelabra, or en julstake.

The Norwegian Christmas Tree in London

Here’s a fun fact for you! If you’ve ever been to London at Christmas time, you’ve likely seen the giant Christmas tree in Trafalgar Square. That tree, all dressed up with Norwegian decorations, is a gift to London from the city of Oslo. It was first sent in 1947 as a thank you for Britain’s actions for Norway during WWII, and the tradition has persisted ever since. Find out when they’ll light the tree here.

When do Norwegians celebrate Christmas?

Christmas Eve (julaften) is the 24th, and is the main day of Christmas celebration in Norway. Because Norwegians believe that the arrival of Christmas coincides with the arrival of evil witches and other spirits, there is a tradition of hiding all the brooms in the house. Christmas Eve is when Julenissen (Santa Claus) brings gifts to the children, which they are allowed to open after dinner.

Before we get into “real” Christmas, Norwegians typically hold what is termed “Little Christmas Eve” on 23rd December. This is the day when the baking gets done, the house gets spiffed up, and the Christmas tree is decorated.

Christmas Day (juledag) is celebrated on the 25th. For Norwegians, this is really the second day of Christmas and is a bit less intense than Christmas Eve. The presents have already been opened and lots of food consumed, so this day is about relaxation, spending time with family or loved ones, and enjoying leftovers.

Between Christmas and New Year

From December 26th to New Year’s Day is called romjul, and is a non-official holiday period in Norway. During this time, many take time off work; people leave the cities for the mountains and fjords.

Do Norwegians go to Church on Christmas?

On Christmas Eve, (julaften), Norwegians flocks to church. Many Norwegians, Christian or not, go to church to meet with other locals and to sing Christmas carols before the big Christmas dinner in the evening.

Is Christmas a good time to visit Norway?

Well, that depends on what you want to do! But if you’d like to experience the cosiness and magic of Christmas in Norway, you’ll love visiting in December. Skiing – both alpine and cross country – are popular in Norway, so this is a great time for skiers to visit.

If you’re more interested in hiking, kayaking, or checking out the Norwegian fjords, the summer months are an easier time to visit.

Can you see the Northern Lights in Norway at Christmas or during December?

Is it cold in December in Norway?

Yes! It’s very cold and usually snowy too. It isn’t, however, the coldest month – that honor falls to January and February.

Average temperatures in December for the whole country are 0 – 5 degrees Celsius, but of course it is colder the further north you get. Average rainfall for the month is 265 mm, making it one of the rainiest months in Norway.

Want to learn about other Scandinavian Christmas traditions? Find out about Danish and Swedish ones too!