Not everyone likes having plants in their homes – there’s the responsibility, the upkeep, the potential for a slow and sad death on your windowsill. I’m not one of those people. My apartment is filled with plants and I’m kind of a weirdo about them. I talk to them, I lovingly spray them with water in the morning (it recreates the feeling of dew, okay?) and I get very upset when they’re in peril.

So the emerging popularity of kokedama around Copenhagen intrigued me. Visually stunning plants that need very minimal care to be healthy, kokedama are great for apartment-dwellers like myself because they hang and therefore take up less space than the usual houseplant.

The quickness with which kokedama became “a thing” in Copenhagen suggested mass production. There’s no way these are all being made by one company, right? Who is cornering the kokedama market and how did they achieve this monopoly? It turns out, I was wrong. It isn’t one company; it’s one person. 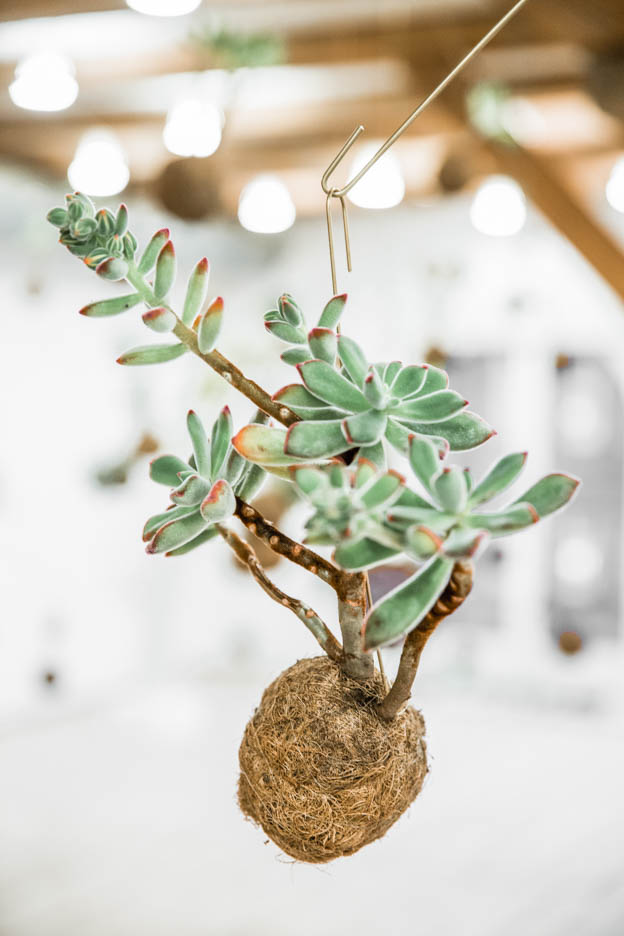 When I found that out, I knew I had to find this plant wizard. Enter Kaja Skytte, the architect-turned Kokdama expert who’s in-demand all over the city. She first began making the plants as an installation for designer Anne Black in 2014. When friends began asking if they could purchase them, Kaja saw an opportunity and Planteplaneter (Plant Planets was born.

She continued making them and approaching retailers. Soon interior design shops like Stilleben were putting in orders and stylists were asking to use them in shoots. It’s been a remarkably quick trajectory, with Kaja taking on employees to help her make the Kokedama.

Never one to do one thing at a time, Kaja has been creating other art installations (non-plant related) and also regularly goes to Iceland, where she works on a horse farm. When we meet, she’s just returned from a month in Mallorca, where she was an artist-in-residence at Jørn Utzon‘s summer house. Yes, this is real life. 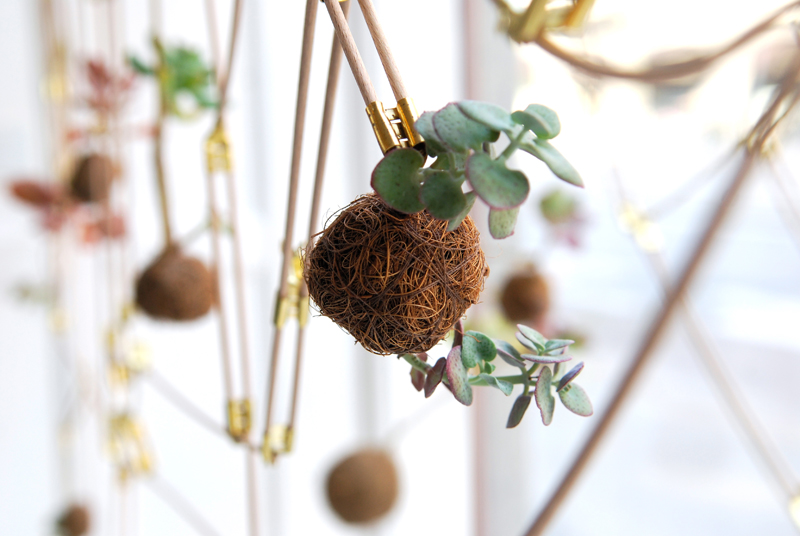 When I ask what it is about the kokedama that has captured people, Katja weighs one in her hand (we’re at a cafe that I suggested and it just happens to have a Planteplaneter installation in the window. Go figure).

“They have these small personalities. And they make people look at something so conventional – the house plant – in a new way. I think that’s exciting.” Kaja’s designs are so popular that most people in Copenhagen refer to the plants as planteplaneter rather than kokedama.

She adds that although many people seem to think they don’t need care, kokedama do require a bit of upkeep. “They should never feel entirely dry. To water it, you put the ball in a glass of water for ten minutes. In summertime, do it once a week, but in winter you can do it every other week.” So now you know.

A combination of plants, design and entrepreneurship? That sounds like a trifecta to me.