“I have a story, actually, about what inspired me to start the agency,” Mona M. Ali tells me over FaceTime as she launches into an anecdote at the end of our conversation.

“There’s a mall in Sweden, one of the biggest malls, and they sell beauty products. They had this huge billboard with an advert for Clinique foundation on it, and they used a dark-skinned model. So I went in there with my cousin, she’s darker than me but not that dark, because I have this foundation and it’s great. But in the store they had, like, 20 shades of white and nothing else. They’re investing in this billboard but then we’re being denied access to this product they’re trying to sell. They didn’t even have a sample of it for us to try, because they didn’t have ‘space’. Yeah, it’s the worst excuse. How are we ever going to win against that mindset? ‘People don’t buy them.’ Well, people don’t buy them because you don’t have them…”

Ali describes this as an “evil circle,” a phrase that crops up a couple more times during our conversation. 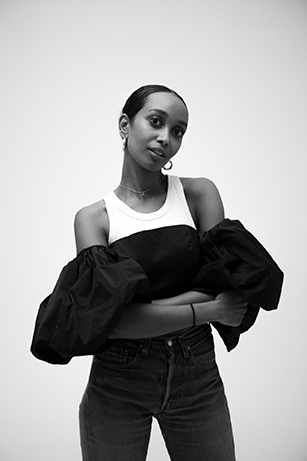 She’s the founder of Fiiri, Scandinavia’s “first inclusive model and diverse talent agency for BIPOC – by BIPOC”. This “one-stop-shop for diversity” manages models, creatives, and stylists, alongside connecting brands to the right talent, bridging gaps in knowledge, and acting as a mentorship program for those too often excluded from the creative industries. For Ali, this platform is her way to correct an inequality of opportunity and break the “evil circle.”

I spoke with Fiiri founder Mona M. Ali about setting up Scandinavia’s first Black-owned agency, her hopes for the future, and Trojan-horsing diversity:

Born in Somalia, Ali was forced to leave at the age of four due to war. After moving around for a bit, she settled in Sweden where she was raised by her aunt. Her parents were unable to join her for another 10 years: 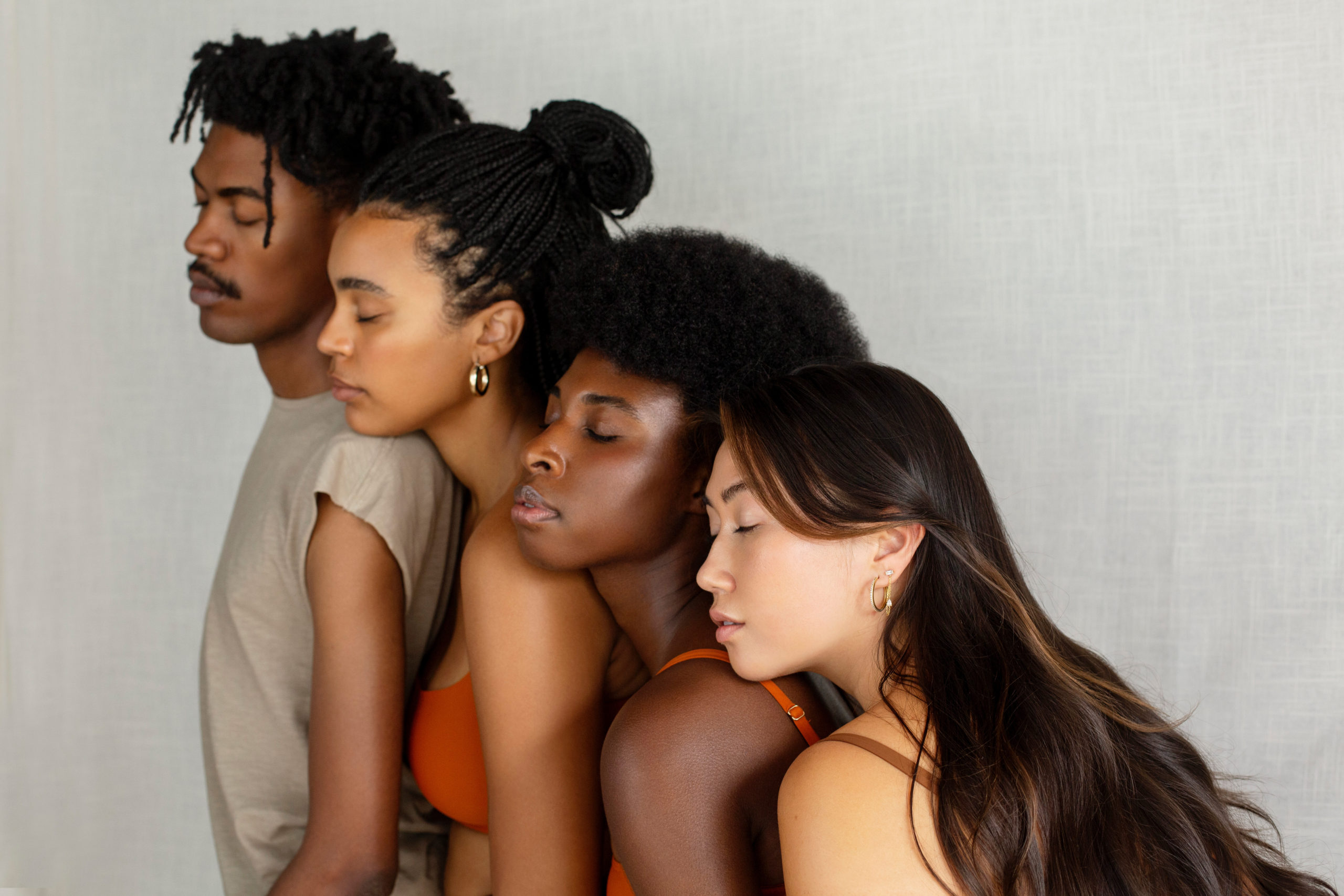 Above: RDP skincare shoot with art direction and styling by Fernando Tores; Photo by Beata Cervin

“At that time, they couldn’t get into Sweden,” she explains. “We applied for them to arrive but we were immigrants. I think the government felt like, you know, these kids have their aunt as their guardian, they don’t need their parents too, which is pretty fucked up.”

At the age of 14, Ali was finally reunited with her parents and moved to Norway.

It was during this period that Ali first considered how a child’s start in life can drastically affect their future. More specifically, she considered how this impacts refugees: “You’re told to always be grateful that you are now in this great country and you can have a great education. You grow up thinking to just be grateful and to just settled. I never liked that. I hated the fact that I had to settle and I couldn’t have the dreams that other people had.”

Above left: Art Director Fernando Torres for Schön! Magazine; Above right: Armand for Our Legacy

Her dream was to get an education and work in fashion, something she achieved after moving to London to study her BA and continued to work for a further 10 years “managing talent, working in affiliate marketing, doing styling production; I was just jumping on these jobs that were anything to do with fashion, trying to find my way.” Before moving back to Stockholm where she launched Fiiri. “I’ve realized now that all these jobs that I had were actually preparing me for the job that I have now.”

“When I moved back I thought, what job can I do? I wanted to focus on people of color because the representation here is pretty bad.” Ali explains. “I pitched places but nowhere replied. I had to start my own business. I had thought ‘don’t rush into anything, just get a job and learn something, then start your business.’ But then I kind of had to start immediately because I wasn’t getting any responses.” And so, Fiiri was born, not out of choice but necessity – a truly fitting origin story.

In both Stockholm and London, Ali has witnessed first-hand the negative ramifications of a lack of diversity at decision-making levels, from pay inequality to treatment onset. The most tangible example of this systemic inequality is often tied into hair:

“I did some modeling in London and it was fun, but I remember this guy who was the hairstylist just touching my afro – just picking at it. He didn’t really do anything to it. But then that goes into his portfolio and then he’ll be booked by somebody else because they think he knows how to achieve afro hairstyles.”

For Ali, this presents the biggest roadblock for Black models looking to get booked and has led to the industry’s problem with performative diversity.

“I think the problem in Sweden is that the models are not getting enough work,” she explains. “I actually did research in the beginning, calculating and counting all the diverse models in each agency and then how many of them were actually working, and it was probably like two or three?

You’re just collecting people, putting them on a shelf, and just dusting them off occasionally. You’re taking them on but then you’re not giving them the work.”

“Knowledge is key,” Ali continues. “I think if people knew how to do this hair, they wouldn’t be afraid of it anymore.”

But she doesn’t wish to shame. “Instead of scaring people or making them feel stupid, I’m just trying to make them see that they’re losing out on opportunities. You can reach a whole new demographic of people, you can create a new trend, by showcasing someone that we don’t see every day.”

She hopes to change the standard within academies and beauty schools to reflect this, demanding that young stylists and MUA are taught how to work with all skin tones and hair texture.

For now, Ali is correcting this blind spot the only way she can, by using Fiiri to Trojan-horse diversity: she uses a client looking to book a Black model as an opportunity to open up a discussion about representation onset.

“If you’re going to work with this model then you need someone who knows how to do their hair, so I will help them book this makeup artist and book this hairstylist,” she tells me of her approach. “It doesn’t make sense to just book a model. You’re not going to get the best results by working with this team.”

It’s a challenging conversation, something that Ali is fully aware of. “I ask these difficult questions because they’re never going to learn otherwise,” she tells me. “To be honest with you, I’m not doing this for the money. It’s about making changes, so I don’t have a problem saying this to a client.”

Ali does due diligence to ensure her team doesn’t fall prey to tokenism, often researching a brand’s team, profile, and social media before signing off on a project. “I ask clients ‘why have you decided to be more diverse now. What does it mean to you?’ If I feel like they’re not genuine, I tell them.”

For a company still in its infancy, Fiiri has been exceptionally busy, working with brands ranging from Levis to RDP Skincare – a project Ali was particularly excited about due to the brand’s serious commitment to inclusivity. But Ali knows there’s still a lot of work to do, especially with Scandinavian brands. “I’m a little bit disappointed,” she tells me when I ask about how the Stockholm-based brands have responded. “They need to be a little bit more supportive. They haven’t actually been that receptive about really trying to understand and wanting to be more diverse. People know about me and what I’m trying to do, as an activist. I think they just like it from a distance, but they’re not really trying to do something, which is such a shame.”

But the ambition of Fiiri goes beyond the prestige of brand names. “I think my mission is to change the face of Scandinavia. People just don’t have a clue, and I want to show that we can be Swedish and Danish and Norwegian, and we can also look like this.”

“I care more about the people than the brands to be honest,” she elaborates. “I want to get work opportunities and money for those that have been ignored for a really long time.” 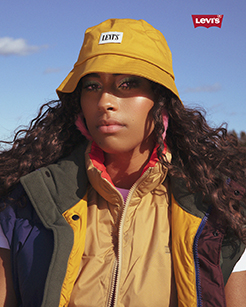 Above: Luna Petersson for Levis by Paul Edwards

“It’s less about the brand. I’m really interested in the luxury brands of course, but more because I want the models I work with to be able to tell their kids they walked the runway for a huge name.”

There is heart to what Ali does, whether its coaching models, helping photographers build a portfolio, recommending stylists for jobs they otherwise would’ve been passed over for, enabling mentorships, or giving overwhelmingly white companies a shame-free space to reflect on their practices and initiate real change. At the core of Fiiri is Ali’s own care: “I’m interested in the well-being of human beings. They’re not toys or products, they’re real human beings.”

But where should we begin?

Find out more about Fiiri.