Learning a new language isn’t easy. Even if you’re one of those people who have a great ear and pick up words quickly, it’s a long journey to the place where you’re fluent or even comfortable having a long conversation.

If you’re studying a language somewhat similar to one you already speak, perhaps the transition will be easier still. I speak English and French, so when I started to learn Danish I didn’t have much to draw on. I have found it difficult to learn but not impossible.

Because Danish is a language focused on correct pronunciation, one wrong sound and the word is ruined. I can’t tell you how many times I’ve said a word to my husband and he’s looked at me like I have three heads. Then I say it again, then again, then finally I say it in English and he goes, “Oh!” And then proceeds to say in Danish THE EXACT WORD I JUST SAID.

This is the most frustrating thing someone can do to you. Is this guy gaslighting me? No, he literally did not understand the word coming out of my mouth when it was the equivalent of saying “pot-ay-to” to his “po-tah-to.”

Swedish and Norwegian are at least similar in structure to Danish. Icelandic, however, is a whole other kettle of fish. I have no idea what they’re talking about over there.

But if you’re learning any of the four, my point is the same: don’t be such a perfectionist. When was the last time you heard someone speaking what was clearly a second language and thought “ugh, this person’s grammar is all off?” NEVER. Unless you are a terrible person, you have never thought this because it’s generally recognized that if you can make yourself understood in a second language, you’re doing well.

Let people be as generous to you as you would be to them. Even if you think you sound idiotic, let people surprise you by being impressed with your skills and your willingness to be vulnerable. Trust me, they usually will be. Those who put you down aren’t worth your time anyway.

I have three regular experiences in speaking Danish. The first is that I speak to a person with whom I will have limited and contextual communication, such as a barista at a coffeehouse. They assume either that I am Danish or that I speak Danish well and respond in Danish. Awesome.

The second is the same situation, but the person infers that I do not speak Danish well and speaks to me in English. This irritates me because a) it means I did something wrong and probably sounded stupid and b) even though I have made the effort to speak in Danish, this person has decided it’s not good enough to warrant a Danish response. I am sure that the person who responds in English thinks he/she is being helpful so I try not to get my back up but I have never once appreciated this action; Danes, please take note.

The third is when I am in a social situation with one or many Danes and I begin the conversation in Danish. They usually pick up pretty quickly that I am not Danish. I have never, however, had anyone say to me, “can we just speak English?” I’m at the point now where even if I don’t have a word for something, I can usually speak around it. That means I can have a basic conversation without much trouble. I’m willing to bet that I mess up grammatically and/or use the wrong idiomatic expression on the regular, but you know what? I don’t care. That stuff will come. 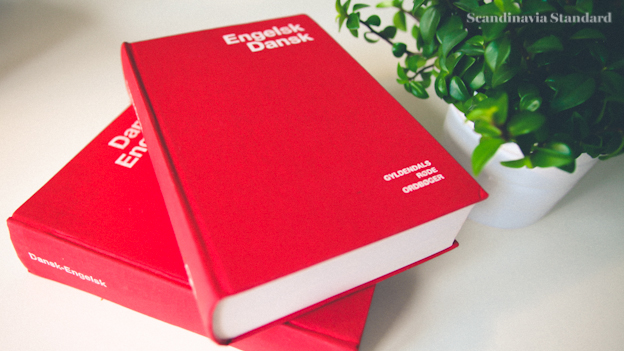 Here’s the deal, Danish people: I’ll keep learning if you’ll keep making me feel like you’re at least trying to understand me. It’s worked thus far and while I don’t feel confident, exactly, I do feel like I’m improving.

Also: correct me. Please correct me! You don’t need to interrupt me while I’m telling a story to do this, but corrections given gently and with a sense of humor will be understood in-kind. I’m looking to get better, after all.

Things I have learned:

Just keep talking. About half of what you say will be right, so most people will piece together your meaning.

Don’t be apologetic. You’re learning something new. That shit is hard.

Talk as fast as you can. I’m serious. I know that sounds counter-productive but how many times have you heard one Dane say to another, “hvad siger du?” (what did you say?). It’s because they cannot understand each other. Allow them to think they are not understanding you too, for the right reasons.

Want to learn Danish? Good for you, you brave soul! Check out our list of schools here:

Hejrevej 26
2400 København N
Tel: +45 38 88 32 33
E-mail: [email protected]
Language school in Copenhagen catering to all levels of Danish speakers. Most teaching is done in English, but there are also courses offered in Polish. Students have a choice of the “normal” or “intensive” model.

Borgergade 12
1300 København K
Tel: +45 33 18 79 00
Situated in the centre of the city, Studieskolen offers Danish Education 3 and Intro Danish (labour market orientated Danish). This school caters for students with a solid academic background, and has some other admission requirements.