Mixing philosophical lyrics with dreamy electronic sounds and fast-paced rap, Marshall Cecil’s music is living proof that sticking to a single genre is a thing of the past.

In 2017, lead singer and songwriter Daniel Abraham Basse, drummer and co-writer Sebastian Fibiger, and producer Sophus August Tuxen released their first single. The subsequent years have been about slowing down and finding their unique sound in a fast-paced society that leaves little room for contemplation.

Now, with an album release just around the corner and a show at Vega to celebrate, they’re set to be a big one to watch in 2020.

We met up with Marshall Cecil to discuss their new album, their writing influences, and their music videos.

Where did the name Marshall Cecil come from?

Daniel: The name stems from my parents. When my mom was pregnant with me they wanted to call me Marshall Cecil, but it wasn’t permitted under the Danish Act on Names so they called me Daniel instead. I always had this idea that I wanted to have a project with that name.

Do you know where your parents got the name Marshall Cecil from?

You released your first single, “Going Up / Going Down,” in 2017. Since then, many people have impatiently been waiting for a follow-up. What have you been up to for the past three years?

Sophus: We worked a lot. We were really happy that people liked the single and we really wanted to make an entire album, but we wanted to do it properly and find our sound – which takes a lot of time. We’ve been trying different roads and ended up with these songs.

Daniel: We don’t have a very generic sound, and we don’t really write our songs from formulas. It takes a lot of time, but now we’ve kind of figured out how to do it. 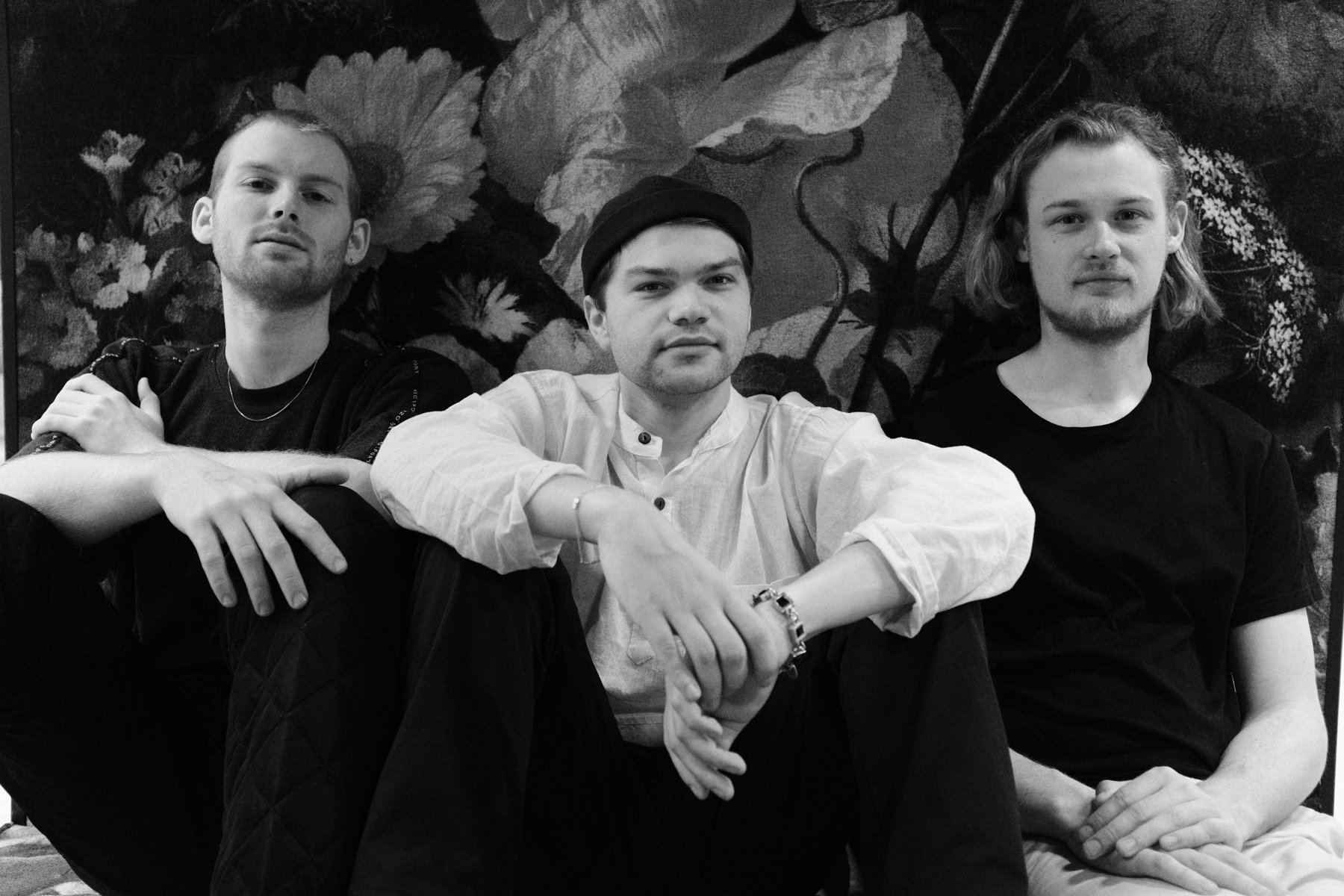 Your music as quite genre-bending and you’ve mentioned already you don’t have a generic sound. Where do you draw your inspiration from?

Sophu: From a wide variety of music. In the last couple of years, we have listened a lot to artists like Kanye West, Bon Iver, and 070 Shake. We use sounds from everyday life in the music as well, sounds that we hear when traveling and in Copenhagen.

Daniel: We try to stay up to date with the art scene and draw a lot of inspiration from dance, theatre, and films. We also draw inspiration from the culture we live in – it’s a melting pot of different sub-cultures. Lots of different things are colliding now because of the internet, so the classic divide between genres is no longer that important or relevant. 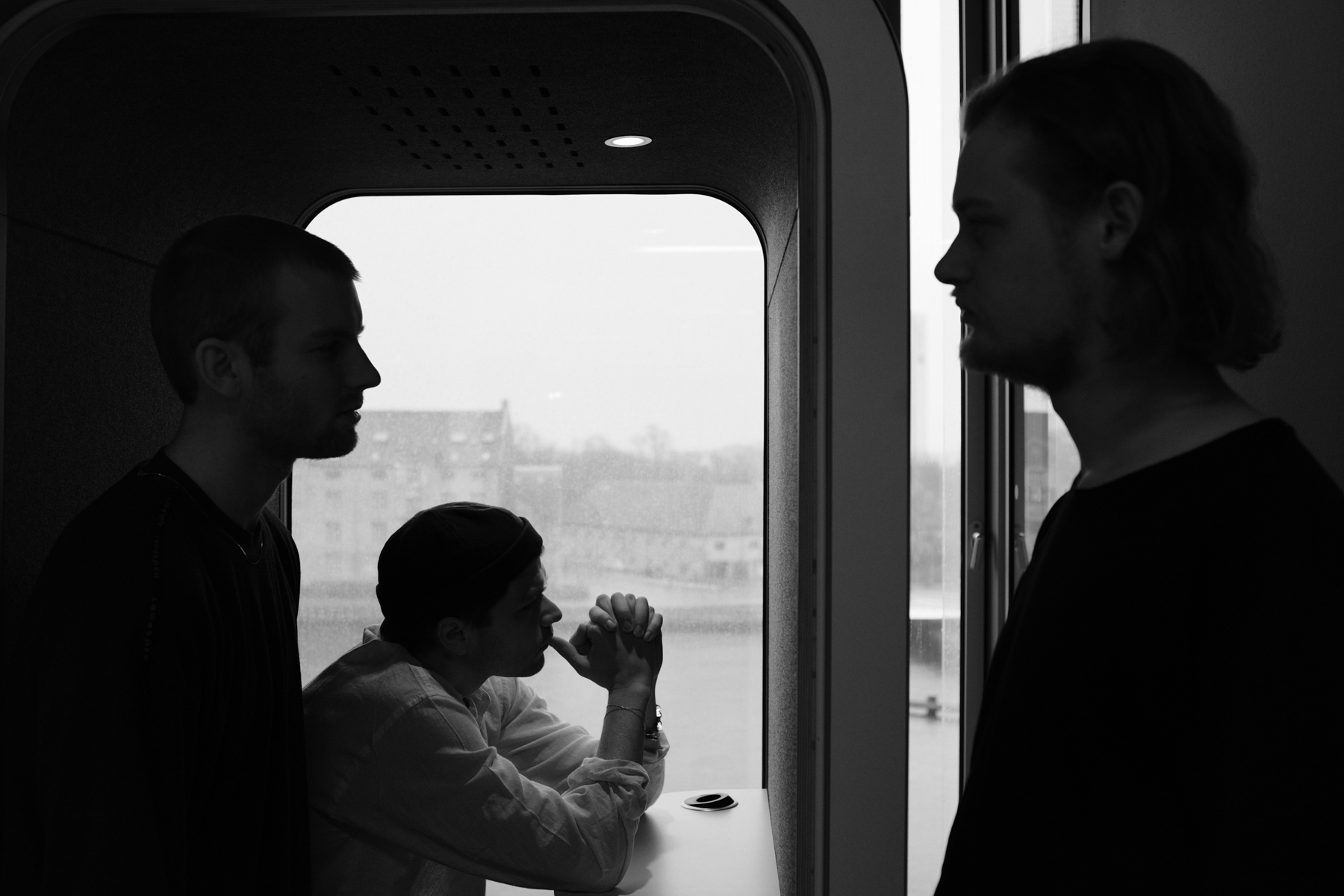 Why did you decide on having “Going Up / Going Down” (also their first single’s title) as your album title?

Sebastian: It’s a really important track for us: it sums up the dynamic of the album.
Daniel: We wanted to give it a longer life as our work revolves a lot around going up and going down, both musically and emotionally. This album is kind of the ending of the first chapter in the history of Marshall Cecil, so it only made sense.

Could you tell me a bit about “Soliloquy (Wouldn’t feel alone)” and the music video that you released at the same time?

Daniel: Both the song and the music video are a cathartic journey that I had to go through. It’s a song we wrote when I was feeling a lot of doubt but had big ambitions. The relation between those two can sometimes make you feel lonely because you are constantly looking inwards, examining yourself. The video is a result of the images that came to us, we wanted to explore this loneliness while being surrounded by other people. I think the video and the song speak for themselves better than we can.

Sebastian: We hope that our album will resonate with a lot of people and that they can find some comfort in the sounds. Creatively, we are looking forward to beginning to write new stuff. We’re playing at Vega just after our album launches and we’re also looking forward to playing more live shows.