With her honest attitude, fresh beats and sharper-than-a-paper-cut lyrics, Musti, the alias of Ugbad Musti, has quickly become one of the brightest shining stars on the Norwegian rap-scene.

We met up with the talented 19-year-old to talk about family, post-corona dreams, and her beloved Tøyen:

Why did you start writing music?

I have always written since I was a kid. I had a book where I just wrote down everything that was on my mind – my thoughts and feelings and stuff like that. When I left kindergarten, I moved to London with my family and we stayed there for around seven years until I was 11 or 12. It was a very different experience from Oslo, the only similarity was that there were a lot of Somalis where we were living, and there are a lot of us in Tøyen, the neighbourhood where I live in Oslo.

As a kid in London, I used to be a bit of a trouble maker so it was really important I didn’t end up saying something “wrong”. I used this book to write out what I felt and what I wanted to say, and then I ended up just continuing to write. When I returned to Tøyen and started Ungdomsskolen, upper secondary school, these words also started turning into music. 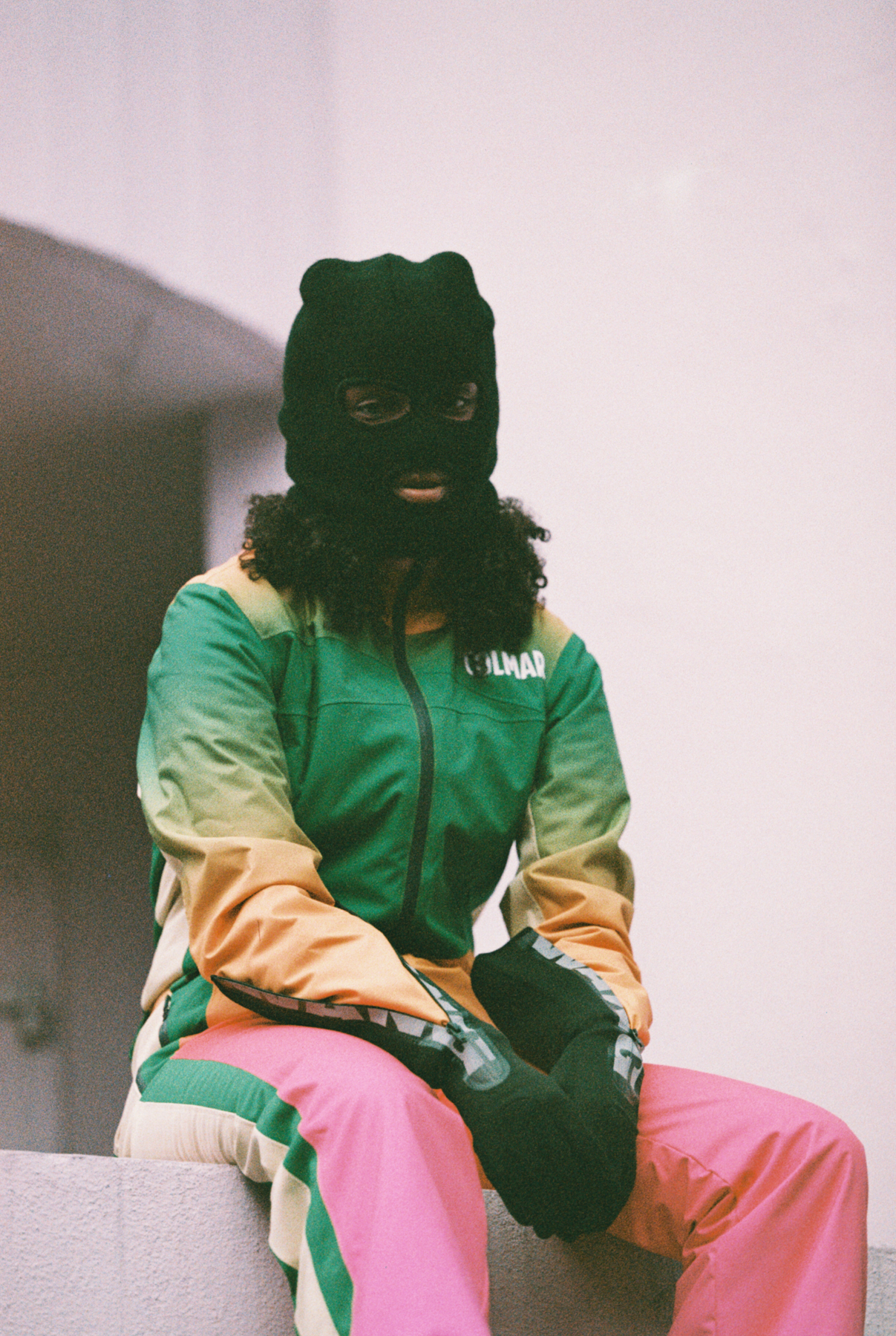 Can you tell me a bit more about Tøyen and how it’s related to your debut album, Qoyskayga?

Most of the inspiration for my album comes from Tøyen, from everything I have experienced so far and the struggles I’ve fought my way through. I called the album Qoyskayga, which means “my family” in Somali. My family includes my mom and siblings, but also my friends. It feels like everyone who lives in Tøyen has lived here forever, so everyone who is a part of this place is part of my family, part of me.

I have a lot of siblings, seven in all. I’m a real “middle child”, so I get the least attention, but a lot of freedom, which I think is perfect! I ended up releasing two versions of Qoyskayga and the second version has two bonus songs which are dedicated to my mother and to my little sister. The song I wrote for my sister is called “Atlas” and the line “if atlas can do it, so can I” refers to her. I can carry her world on my shoulders so that she doesn’t have to. 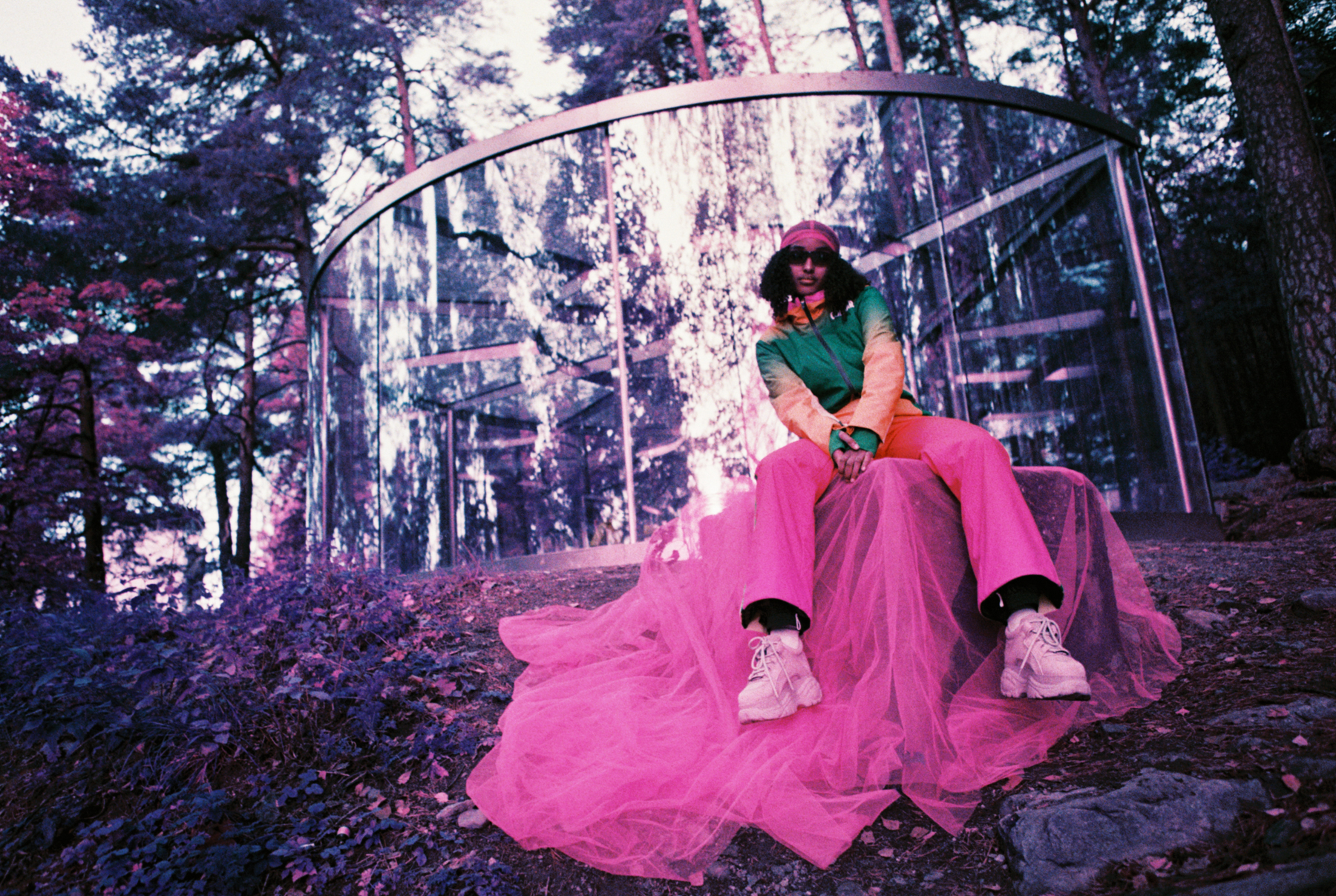 You used to write in English as well before you decided to start writing in Norwegian. What was the switch like?

It took me a long time to decide to change languages. I really like writing in English, always have. I find it easier to express myself in English, there are a lot of words that don’t exist in Norwegian.

I also didn’t know how to write in Norwegian at all so it was a very difficult process. But I decided that if I live in Norway, if I write about and for the people who live here, it’s important that I write in Norwegian.

I started practising writing in Norwegian every day to improve my vocabulary. I didn’t necessarily write songs, I just wrote. I still write a lot in English though. Actually, when I think, I think in English, and sometimes when I write, English sentences just happen to come out. I’m sure at some point I’ll release music in English as well.

You’ve also released an EP, “Mellem Høyblokken,” and a short film, Riyo, this year. Can you tell us a bit more about that?

Yes, it’s been a lot of fun, but it’s also a pity because we had so many more things planned for 2020. We were supposed to work, travel, play shows, but at least we managed to release the two versions of the album and Riyo before Corona hit us.

I actually wrote the songs for “Mellem Høyblokken” before I wrote the songs for my album. After the album release, we were sort of thinking about the next steps and then I just remembered that I had all this music we could also release. So it was a planned release, but it was an even better feeling to know I had new music coming out when I was locked in at home.

Right now though, there’s not a lot going on. It’s always fun to write new music but I feel like I’ve maybe become a bit lazy.

There’s obviously a lot going on right now with the pandemic, and sometimes that’s good for writing, but sometimes it’s bad.

Riyo, which means “dream” in Somali, is also a long time coming. Me and Ali, my manager, decided we wanted to make a short film before we made the album. We teamed up with director Galvan Mehidi and worked out a storyline that’s sort of based on the album. It can be summarised as “jeg mot meg”, or “me against myself,” which refers to an inner war where you’re fighting yourself. It’s perfectly visualised.

What will the future hold for you when this pandemic is over?

I really want to play more live shows, but I also want to return to the studio and get that sense of everyday life back! I want to travel a bit and not work all that much. I’ve been so busy that I’m starting to feel a bit tired. I had holiday plans so I’m a bit sad that I can’t go through with it now. I wanted to go to Amsterdam, which is actually where I made my debut as an artist. I know people who work with music there, and it would be so cool to go back and make new music there.