What would you guess are the most popular Icelandic names? What about the most interesting historical Icelandic names for boys and girls? Like everywhere else, certain names become popular while others fade into history, only to be resurrected a few generations later.

So we did a little digging to find out about ancient Norse names, as well as what names are popular now and what those names mean:

In Iceland, there’s a naming committee, formed in 1991, that approves or rejects names. There is a list of approximately 3.000 pre-approved names, and all popular names listed below are pre-approved. Lest you think that Icelanders only have committees for naming humans; there is also an Icelandic horse naming committee and a street naming committee!

Many popular names are of Christian decent, as Iceland is a Christian nation and has been since the 10th Century. The legend has it that after a whole day and evening of meditation, Thorgeir Thorkelsson decided to convert the country to Christianity to avoid civil war. He then threw all his pagan idols into a large waterfall (since named Goðafoss meaning ‘Waterfall of the Gods’). Pagans were allowed to worship Odin and the other gods in secret.

As has been the case in many countries around the world, surnames in Iceland are derived from the father’s name, with the suffix of -son (son) or -dottir (daughter). This practice continues in Iceland today. Typically when Icelanders marry, they simply keep the name with which they were born, although of course some have chosen to change their names, or take a name that honors another family member, such as a mother or grandmother.

The people of Iceland tend to address each other by first name regardless of social or vocational position, an equalizing practice that can be found across Scandinavia.

These are the current top Icelandic names for boys and girls, traditional Norse names, and some names that are just beautiful:

To find the most common names in Iceland annually, visit the official Statistics Iceland page.

Derived from the Old Persian (margārīta) and Sanskrit (mañjarī) words for “pearl,” and coming directly from the French version of the name – Marguerite – Margret has been a popular name in Europe since the Middle Ages. It’s both a Christian and very royal name.

Margret is a popular name in Christianity thanks to a number of saints with the name Margaret, including the patron of expectant mothers. In the 1300s, Queen Margaret I of Denmark united Denmark, Sweden, and Norway; perhaps that accounts for the name’s popularity in the Nordics.

In Danish and Swedish, a daisy is known as a “marguerite”, not far from the name of Margrethe / Margaret / Margareta. The daisy is a popular motif of the current Margrethe II of Denmark.

Anna is the French derivative of Hannah, a Biblical name meaning “full of grace.” The name was popular during the Byzantine Empire, and then again in Europe during the Middle Ages following the veneration of Saint Anna. Anna is popular as both a first and middle name in Iceland. 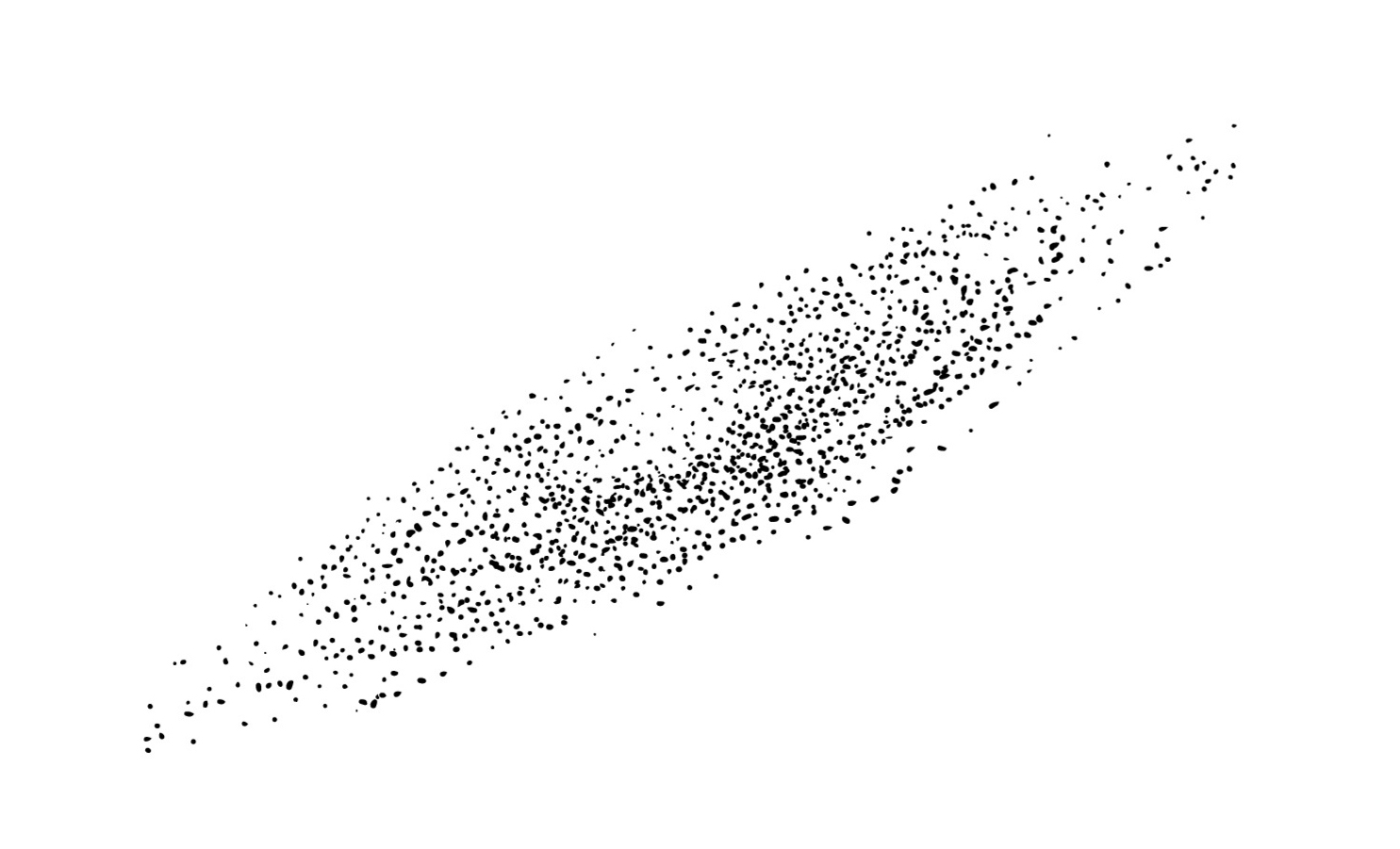 Originally a Germanic name referencing “ermen” (whole or universal), Emma is the short form of a number of popular names that were inspired by this root including Emmeline and Amelia.

Emma has been a popular name globally, topping lists in the US, UK, and Spain, among others. 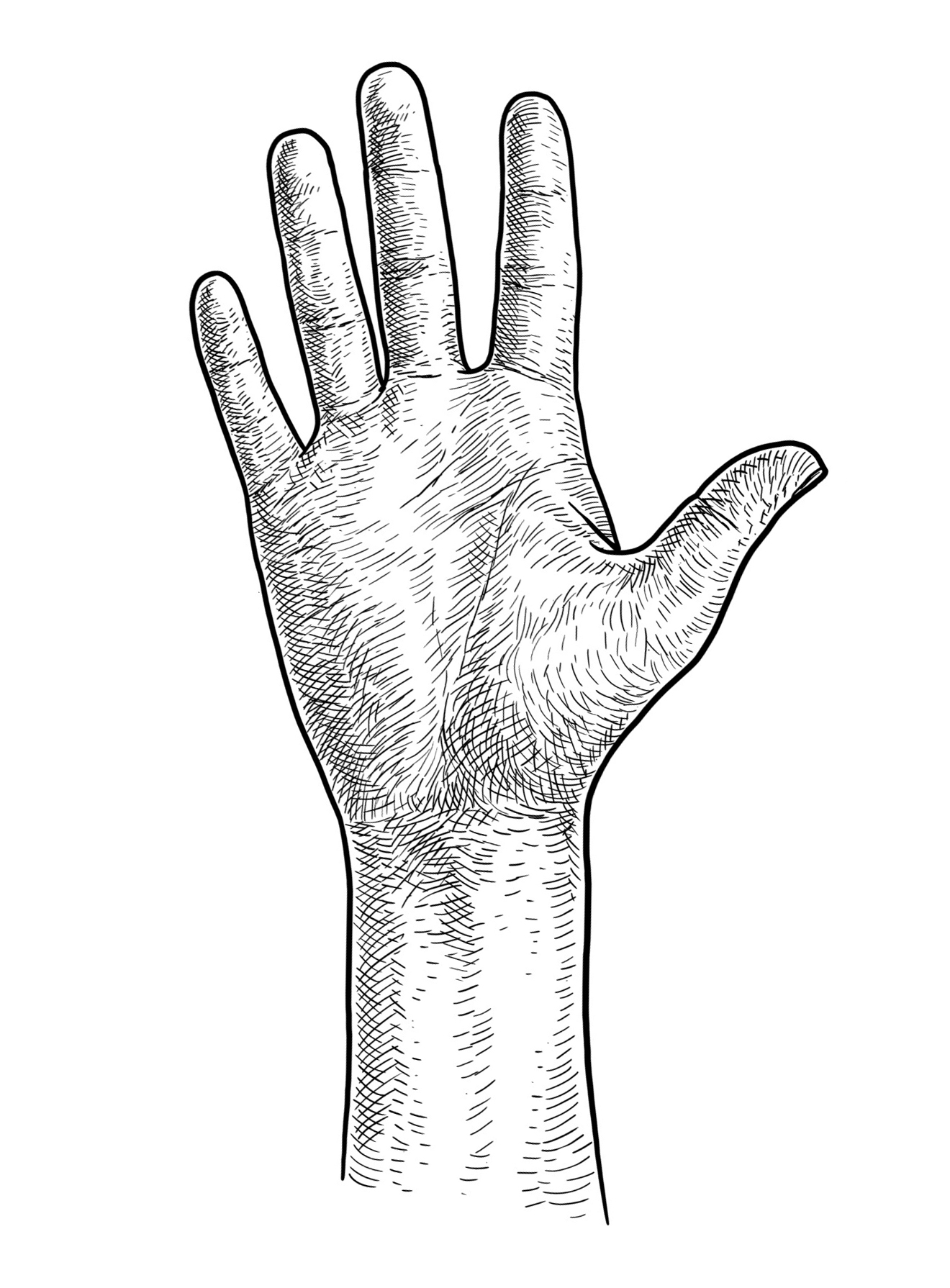 Derived from the Hebrew elisheba, meaning “God is my oath,” Isabella is a variant of Spanish origin. The name was used in many royal courts, including a number of European queens; perhaps that why it still holds a regal denotation. 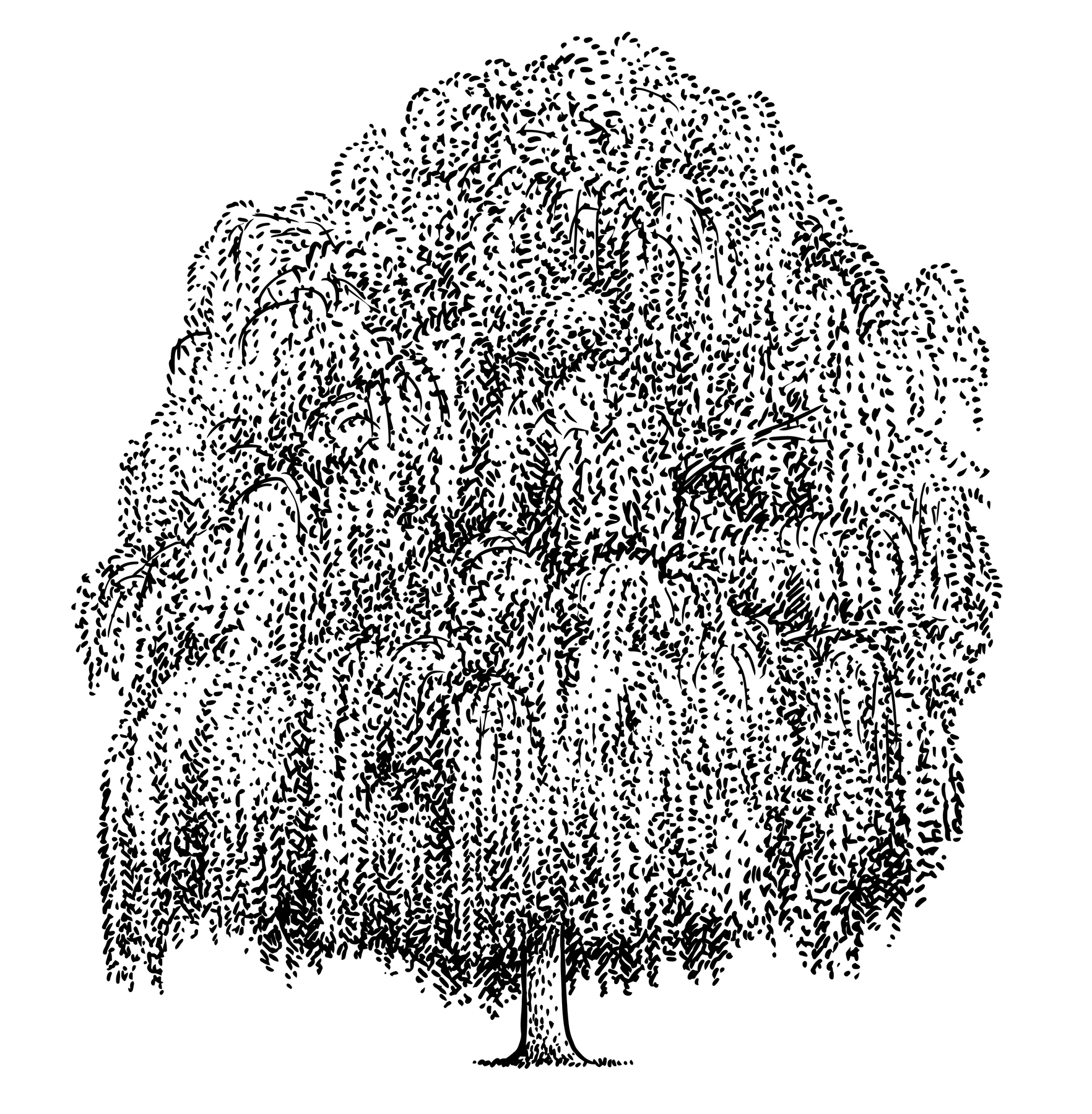 The name Eva comes from the Hebrew chava, meaning “life.” Chava comes directly from the Old Testament, while Eva is the Latin translation. The name became particularly popular in northern Europe after the Reformation.

Aron is a Biblical name that has come roaring back into fashion. It is the Scandinavian and Croation form of Aaron, the first high priest of the Hebrews. In the Old Testament, Aaron/Aron is the spokesman to the pharaoh for his brother Moses, who had a stutter. Like many Biblical names, Aaron/Aron became popular in Europe with the advent of the Protestant Reformation. 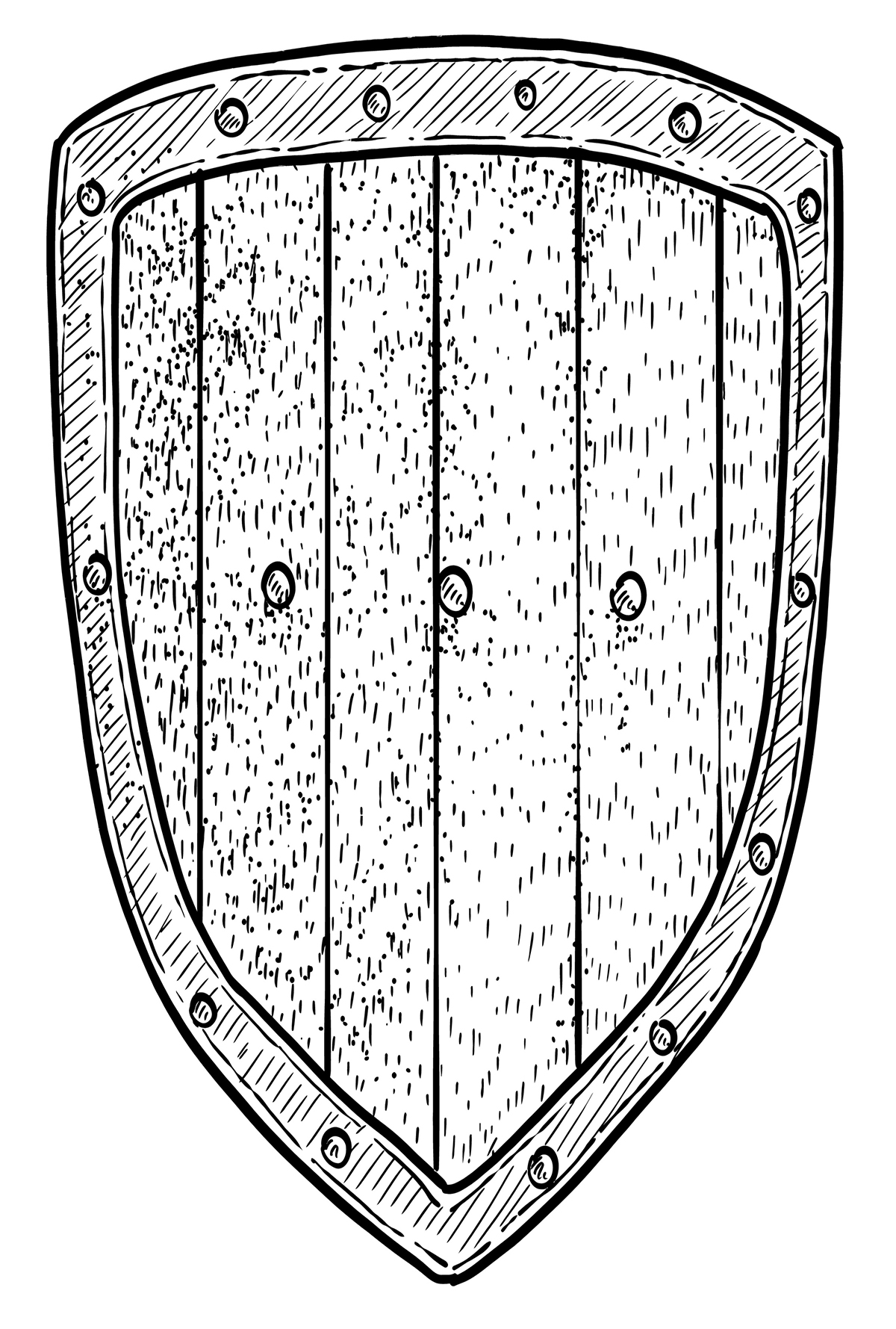 Popularized by the Macedonian king and colonizer Alexander the Great, the name Alexander comes from the Greek alexein (to defend) and andros (man). The meaning is therefore translated as “the defender of mankind.” 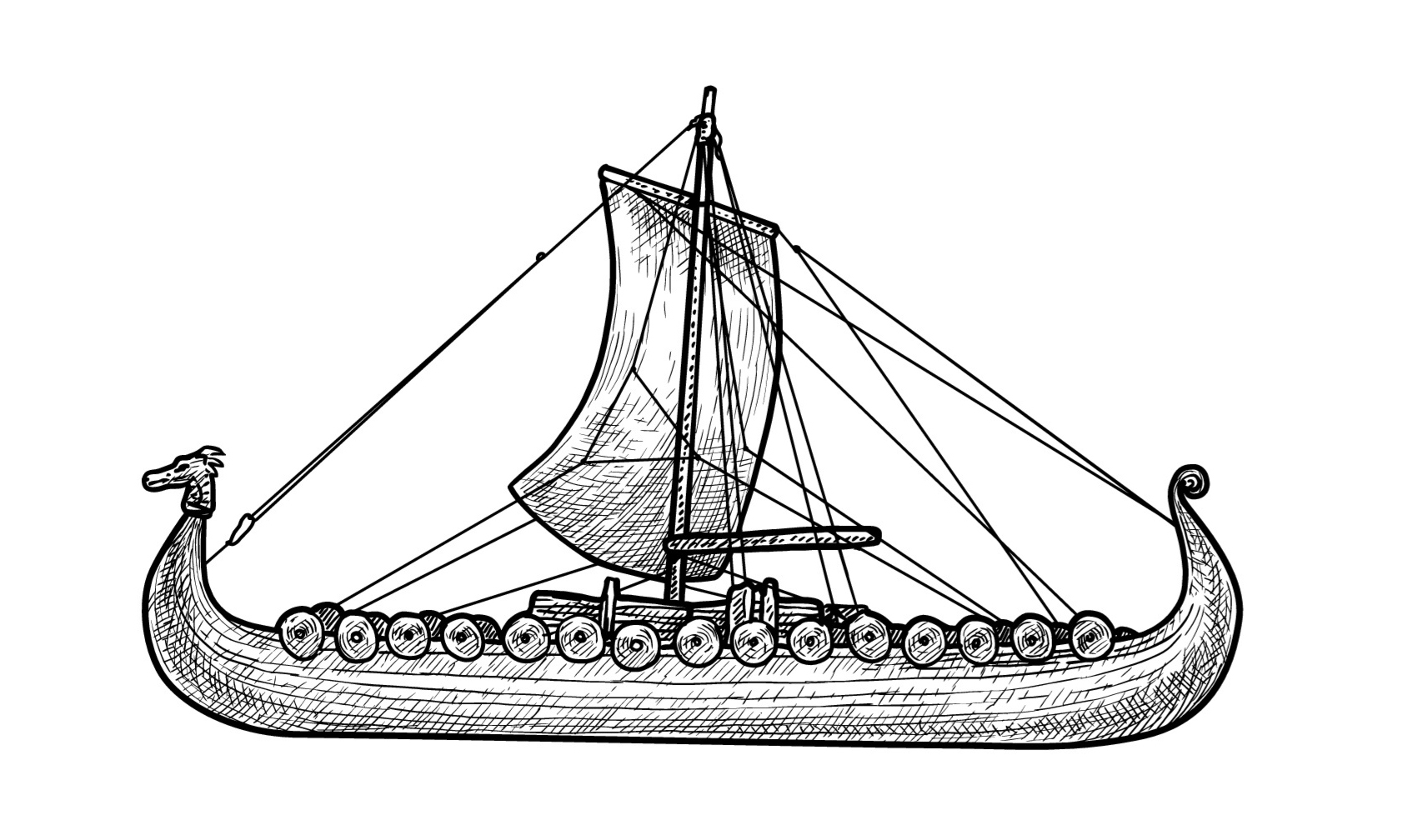 Viktor is a version of the latin victor, meaning winner or conqueror. The name was frequently used with early Christians, then usage died out. It came back into style in the 19th century; the typical European spelling is Victor. 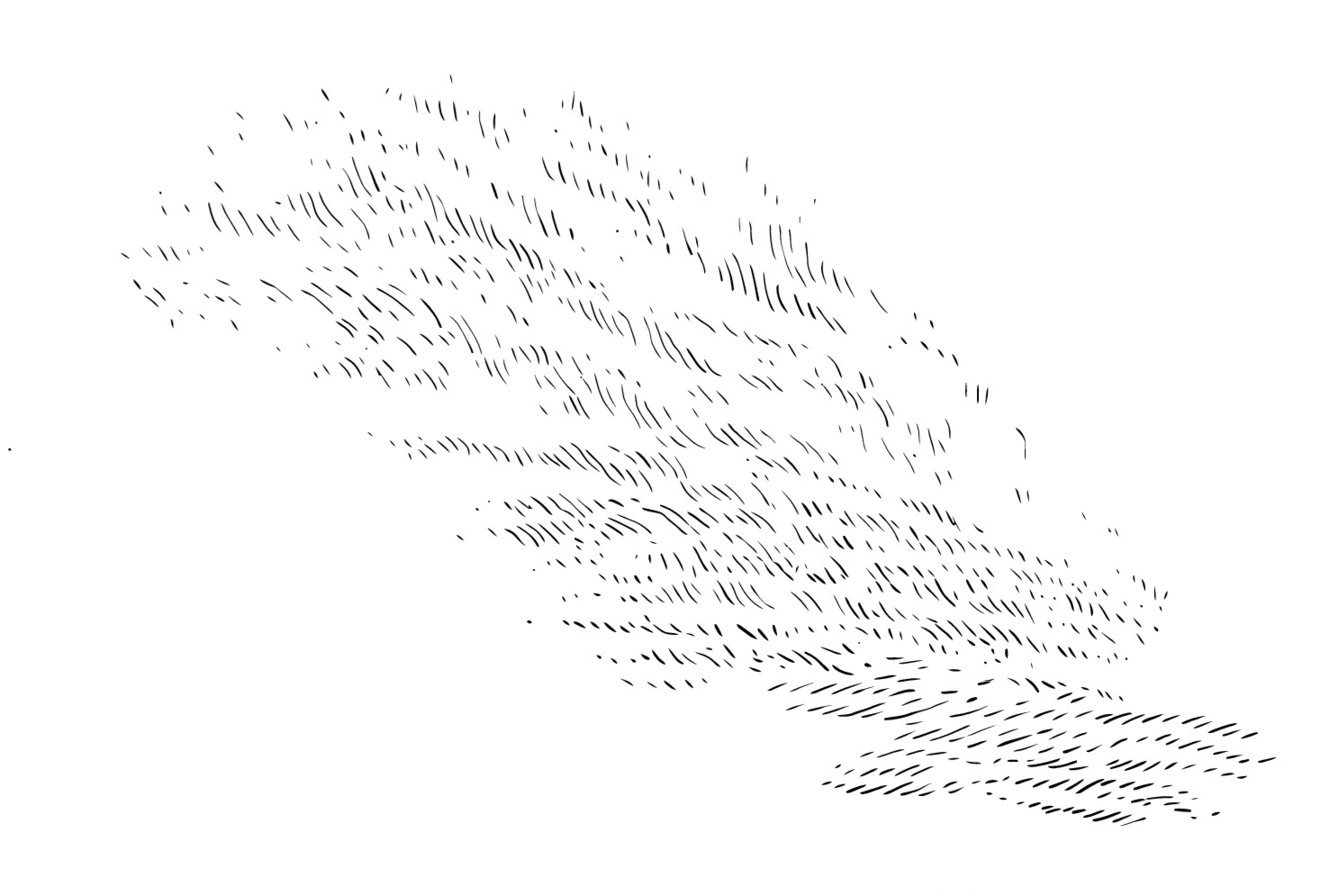 A straightforward and always-popular name, Kristjan is derived from the Greek christianos, meaning follower of Christ. It is a form of the name Christian, which was a unisex name during the Middle Ages and gained popularity as a male name in the 17th century.

In the Bible, the oldest son of King Saul was Yonatan, meaning “Yaweh (the ancient Hebrew word for God) has given.” It’s been put through the Latin (Johannes) and Greek (Iōannes) filters, ending with Jonathan or Jonothon. The shortened version, Jon, is popular in Iceland.

“Give, and it will be given to you. Good measure, pressed down, shaken together, running over, will be put into your lap. For with the measure you use it will be measured back to you.”

Norse names hails from the Viking age, which took place between 793 – 1066 AD. During this period, the Norsemen (those from the region now known as Scandinavia) traveled around Europe, mostly by sea. The carried out raids and conquests, and were known to be brutal in their methods. The Norse eventually settled in areas spanning contemporary Faroe Islands to Turkey, though northern Europe was their largest base.

Norse names that are no longer in use are still known thanks to runestones, large carved stones that can be found across Scandinavia and northern Europe. You won’t find many people with the names below, but the next time you’re in Iceland or any other Scandinavian country, you can impress them with your ancient knowledge.

This one may look a little hard to pronounce for non-Icelanders, and perhaps that’s why it’s no longer in use. The name is Old Norse for “chief banner.” Isn’t it interesting that Old Norse female names are so military and/or battle-centric?

This lovely name is a combination of the Old Norse words dag (day) and heid (cloudless or bright). It’s no longer used in Iceland but perhaps it should make a comeback, if only to manifest good weather? 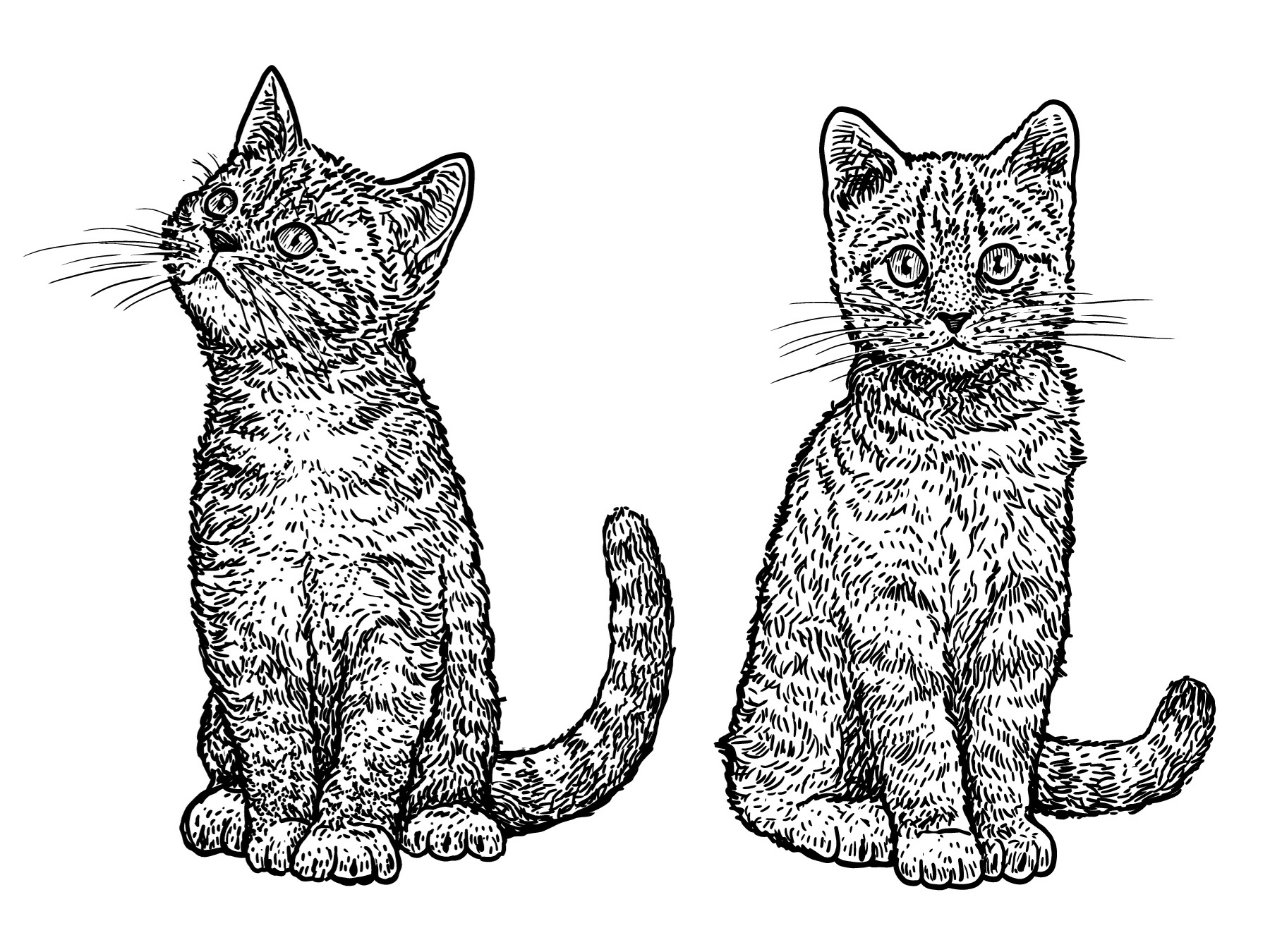 Freyja is the Norse goddess of love, fertility, war, death, and gold. Her story is found in the 13th century epic Poetic Edda. She travels in a chariot drawn by two cats and wears a cape made of falcon feathers. She receives half of those who die in battle to the heavenly field over which she presides: Fólkvangr. As a result of Freyja’s power, her name has been popular amongst those of Norse origin for centuries.

Variations of the name that are popular today include Freja, Freya, and Freyia; note that these names are now pronounced either as “FREY-ya” or “FRY-ya,” not “Froy-ya,” as it was in Ancient Norse. 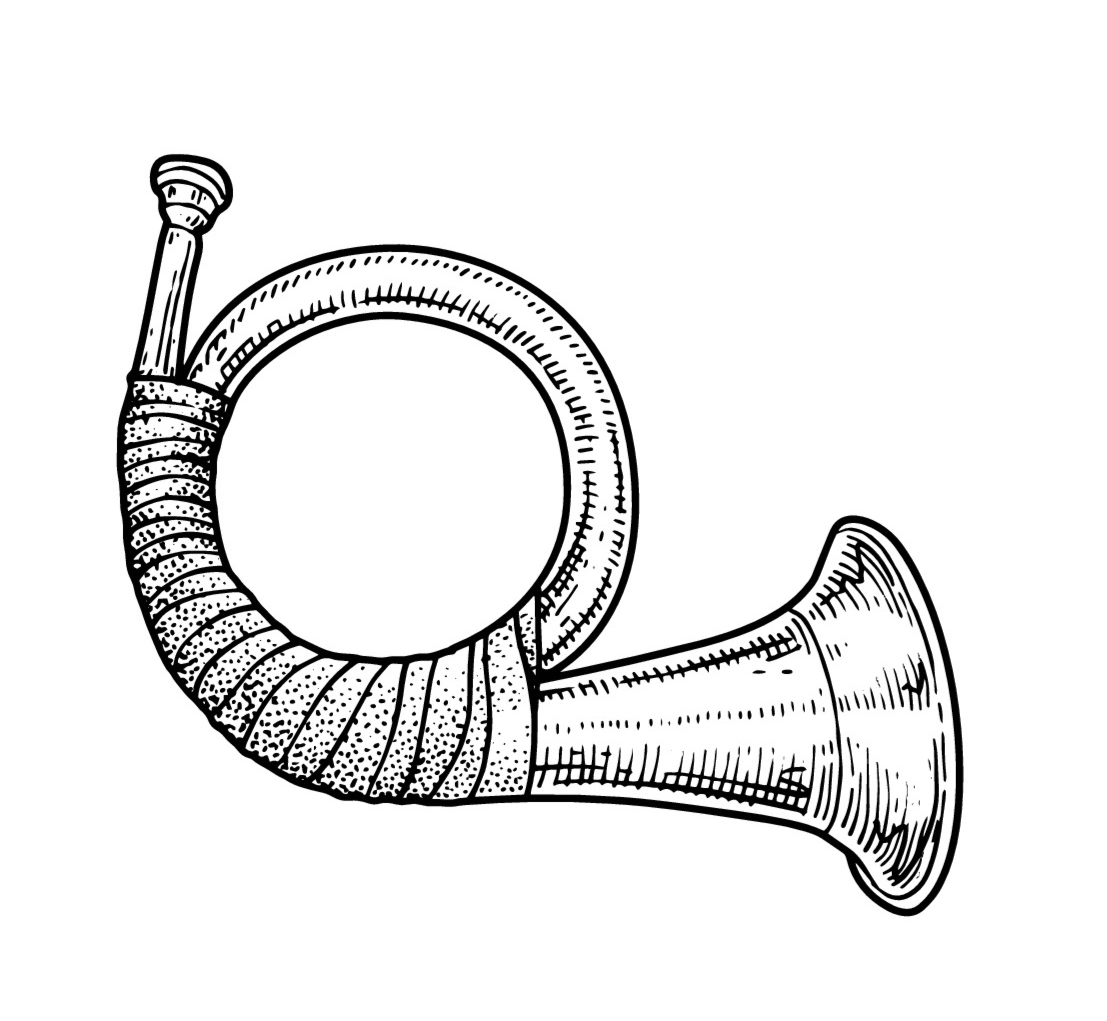 This name means “wild” or “furious” in Old Norse, making it truly the best female name of all time. Thought it’s no longer used as a first name, it is occasionally found as a middle name in Iceland. 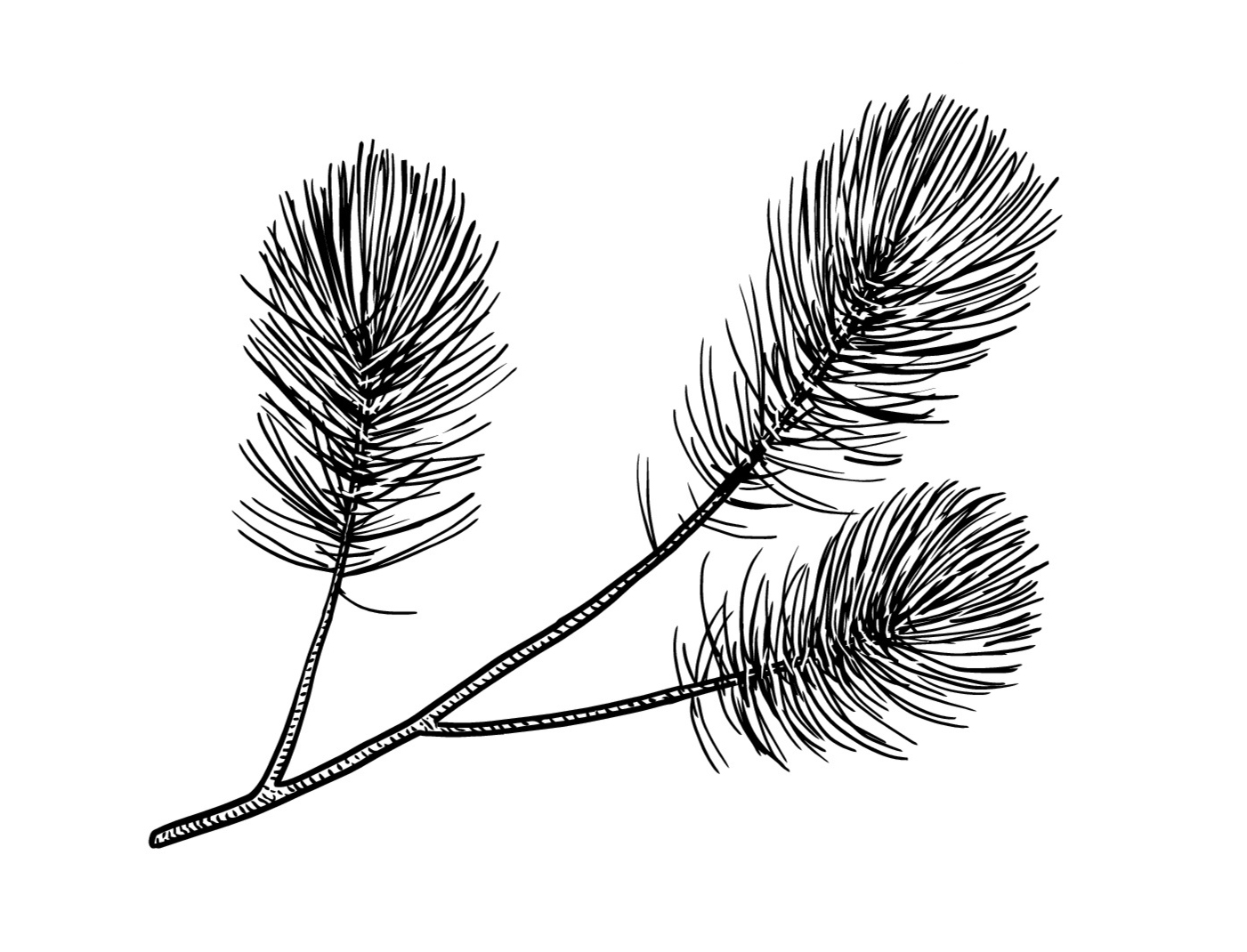 Ben is Old Norse for mortal, and tienn means twig. The name Benteinn is originally a kenning (meaning a poetic compound word typical of Old Norse) for the word “sword.” It is not currently in frequent use in Iceland or elsewhere in Scandinavia. 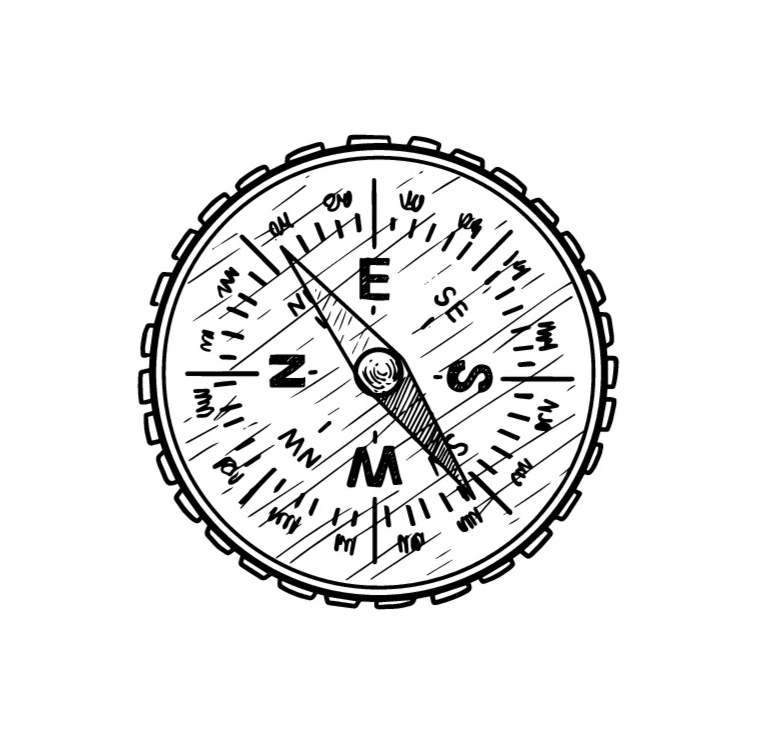 Einráði is Old Norse for “self-willed.” Its’ a combination of ein (alone) and rad (advice or counsel). Other variants are Æinráði and Enråde. 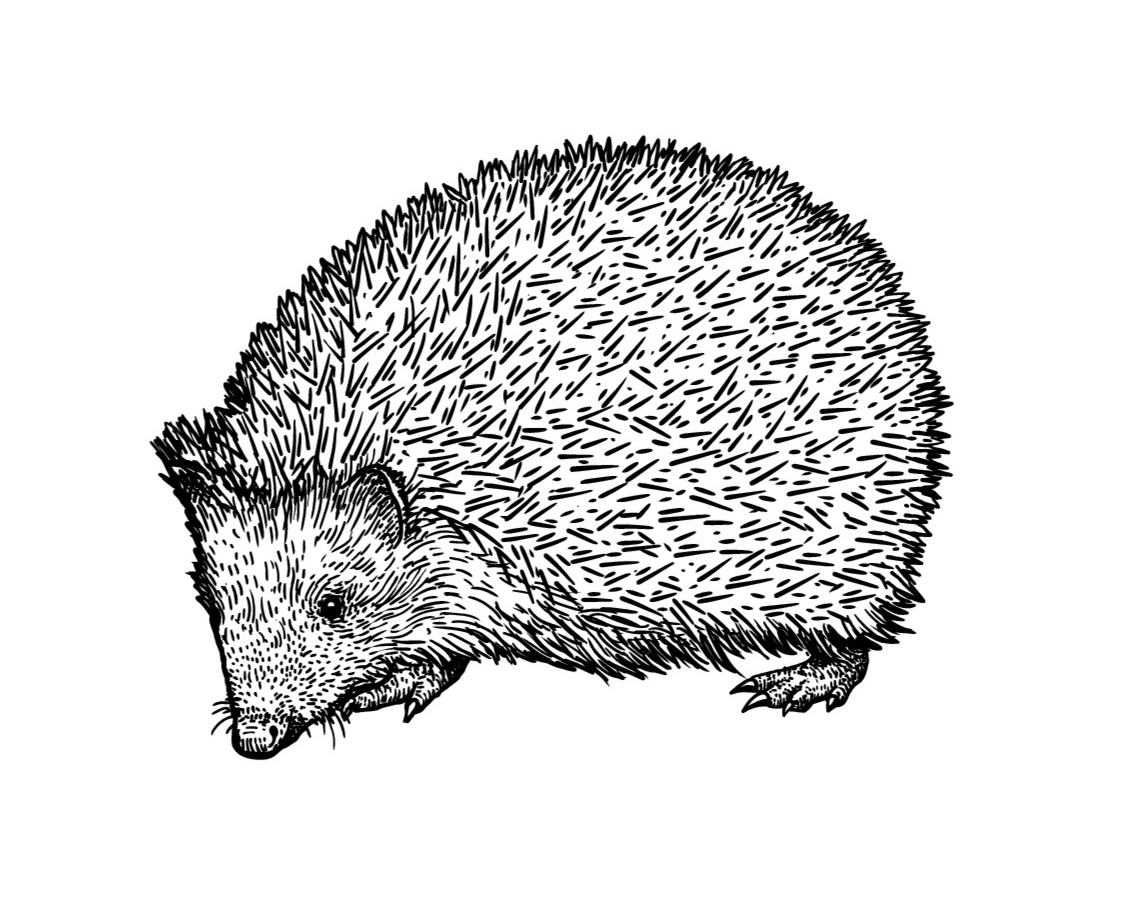 A name for a cutie! Ígull means “hedgehog” or “sea urchin” in Old Norse. As one might guess, it’s not commonly used in Iceland today. 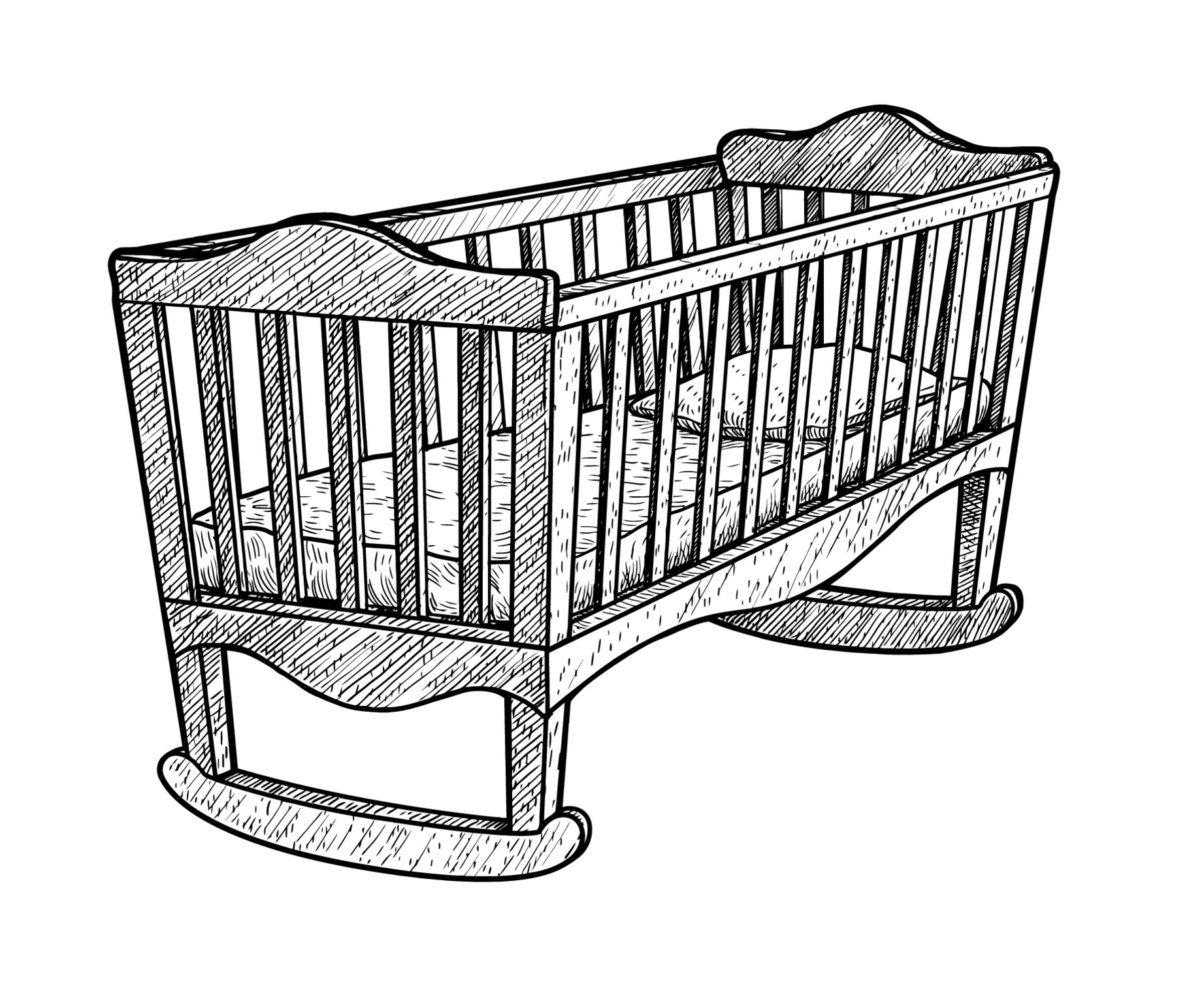 This is an interesting one because while it’s an Old Norse male name, it describes an action that most would ascribe to women (particularly in ancient times). Rugga is an Old Norse word meaning “to rock back and forth” or “to rock a cradle.”

Well, this is an intense one. This Old Norse name is a combination of val (the slain) and tyr (gods). It is still occasionally used as a first name in Iceland.

And then there are the names that are simply beautiful…

A fairly popular name in Iceland that hasn’t yet cracked the international lists, Sóley is one of those sweet names that can also come across as quite cool. It is a variation of Solana, the Spanish name meaning “sunshine.” In Icelandic it translates to “buttercup” or, literally, “sun island.”

Originally the name of the Old Norse goddess of poetry, Saga means “seeing one,” and is also a word used for a story or fairy-tale. Although the meaning might sound whimsical, the name itself is strong and quite unisex. It’s a popular name across all the Scandinavian countries, especially in Sweden.

Pronounced “gee-yuh,” this lovely name means “fiddle” or “violin” in Old Norse. Perhaps that doesn’t hold the same kind of power as names derived from warfaring gods, but it is beautiful in its simplicity.

Derived from the Old Norse name Óláfr, meaning “ancestor’s relic,” Ólafur is a popular Icelandic male name that has garnered global interest in the last few years, thanks in particular to the success of Icelandic-Danish artist Ólafur Eliasson. In Iceland, there are many famous Olafurs, including a handful of sports stars and former Icelandic president Ólafur Ragnar Grímsson, who served for 20 years (1996 – 2016).

If you think Ólafur sounds a bit too formal for a kid, not to worry; the diminutive of the name is Oli – how sweet is that!

What a gorgeous name! Meaning “bright bird,” (arn = “bird,” ljót = “bright”) in Old Norse, this mean is one of those truly Icelandic-sounding ones that non-Icelanders might have a hard time getting their toungues around.

Meaning “divine reward” in Hebrew and “father of peace” in German, Axel is one of those names that both has ancient connotations and modern ones (namely, Guns ‘n Roses lead singer Axel Rose). It’s cool without being try-hard, which is difficult to pull off. This name is consistently in the top 100 Icelandic male names, so you’re bound to meet a few Axels name time you’re in the country.