Where is Scandinavia? It’s a question we hear often and it’s harder to answer that one might think.

What constitutes a Scandinavian country changes depending on the context, and on who you ask. If you’re talking about geography, culture, or language, the answer may be different.

When you throw the word “Nordic” into the mix, things get even less clear as you tackle Nordic vs Scandinavian in different contexts; when do you use “Nordic,” and when do you use “Scandinavian?” Some people seem to use them interchangseably, while others assign specific meanings to each word.

While we can’t pretend that everyone agrees on the definitions and origins, we’ve gathered the various terms and the context in which they’re applied to try to make sense of this Northern mess.

What does the word “Scandinavia” mean?

The origin of the word “Scandinavia” arose in the early 18th century as a result of Danish and Swedish universities championing the shared history, mythology, arts, and culture of Denmark, Sweden, and Norway.

The base of the movement was Scania, also known as Skåne, the southernmost province of Sweden; this gave rise to the term “Scandinavia.”

Remember: until 1814, Denmark and Norway were actually united under one kingdom (hence their joint love of hygge). After that time, Norway and Sweden were under one kingdom until Norway’s independence in 1905.

“Scania” and “Scandinavia” are considered to have the same etymology.

The meaning of Scandinavia is a group of countries in northern Europe that includes Denmark, Norway and Sweden, sometimes also Finland, Iceland and the Faroe Islands.

We’ve started with the easy one! When referencing the geographic region of Scandinavia, there are three countries: Denmark, Sweden, and Norway. Greenland, which is a Danish territory, and the Faroe Islands, which is a self-governing part of Denmark, are also included in the list.

Finland and Iceland are not considered part of Scandinavia geographically.

What is the The Scandinavian Peninsula?

The Scandinavian Peninsula is made up of Sweden and Norway. The peninsular is about 1,150 mi (1,850 km) long and extends southward from the Barents Sea in the north, the Norwegian sea to the west and the Gulf of Bothnia and the Baltic Sea to the east. Kattegat and Skagerrak separate the peninsular from Denmark. Norway lies to the west, and Sweden lies to the east.

Sweden has comparatively gentle slopes of of a low gradient down to the Baltic Sea, while Norway’s mountains continue close to the coastline, and are deeply cut by beautiful fjords. 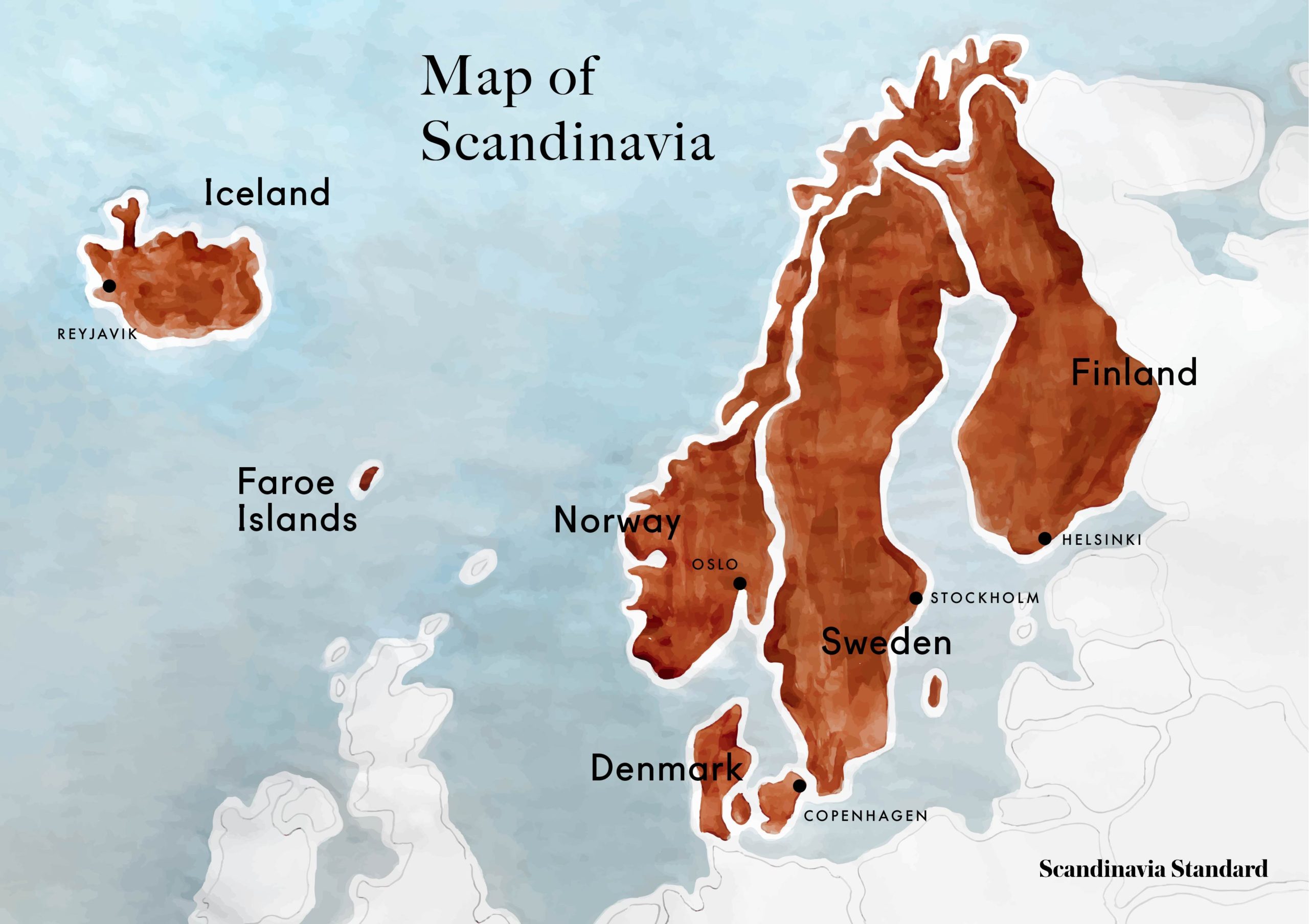 This is probably the most widely used context for talking about Scandinavia, and also the least clear. When people refer to Scandinavian culture, they’re referring to shared history, traditions, literature, and design.

Because Scandinavian design has become so popular around the world, the term often used when talking about minimalist and mid-century design aesthetic traditions.

Because the histories of Denmark, Sweden, Norway, Iceland, and Finland are so intertwined, as well as things like holidays and traditions, this group of five countries is often referred to as culturally Scandinavian. The political systems across all these countries, especially their welfare models, are similar, though not identical. When referring to the “Scandinavian” or “Nordic” welfare model, all five countries are generally included.

Finland’s design and architectural history is closely tied to that of the rest of the region, and it would be a mistake to leave Finland out (and designers like Alvar Aalto, for example) when discussing Scandinavian design.

It is therefore reasonable to include both Iceland and Finland when discussing Scandinavia as a cultural region. It would also be correct to refer to “Nordic culture.”

What is the Scandinavian population?

So what language is spoken in Scandinavia? The term “Scandinavian languages” refers exclusively to the three languages that are mutually understood (in theory) by speakers of each language: Danish, Swedish, and Norwegian.

Finnish is part of the Finnic group of the Uralic languages, which also include Estonian and Hungarian. Swedish is also an official language of Finland and Swedish-speaking Finns constitute 5% of the population; this dialect is called Finland Swedish.

Is Finland part of Scandinavia?

Culturally, Finland can certainly be considered Scandinavian. From the history to the welfare model to the design traditions, Finland is solidly tied to the rest of the Scandinavian countries.

In terms of design, important Finnish brands such as Artek, Marimekko, and Friends of Industry all fall squarely into the Scandinavian design heritage.

Is Iceland part of Scandinavia?

That depends! When discussing Scandinavia as a political or geographic region, Iceland is not included. It is, however, part of the Nordic region.

In terms of language, Icelandic is part of the North Germanic language sub-category, also called the Nordic languages.

Iceland was part of Norway, then the Kalmar Union, then Denmark, before gaining recognition as a sovereign state in 1918 (while defense and foreign affairs were still managed by Denmark), then declaring full independence in 1944. Iceland therefore has significant historical and cultural ties to the region.

The main elements of Icelandic design align with general Scandinavian design: minimalism, functionality, and a focus on craftsmanship.

Icelandic design falls under the umbrella of Scandinavian design. It is therefore correct to call Iceland culturally Nordic or Scandinavian.

Are the Faroe Islands part of Scandinavia?

Nordic vs Scandinavian: What about the word “Nordic?”

When beloved Danish author Hans Christian Andersen, a proponent of pan-Scandinavism, wrote his 1839 poem “I am a Scandinavian,” he noted that he wanted to capture “the beauty of the Nordic spirit.”

Essentially, ever since the words “Scandinavian” and “Nordic” have existed, they have been used interchangeably by some. Most remarkably, these Scandinavia vs Nordic definitions arose many people’s furies, despite the nuanced nature of “Scandinavia” when used in various contexts.

The word “Nordic” can be used specifically to refer to the geographic and political Nordic region, which includes Denmark, Sweden, Norway, Iceland, and Finland. These are also known as the norse countries. 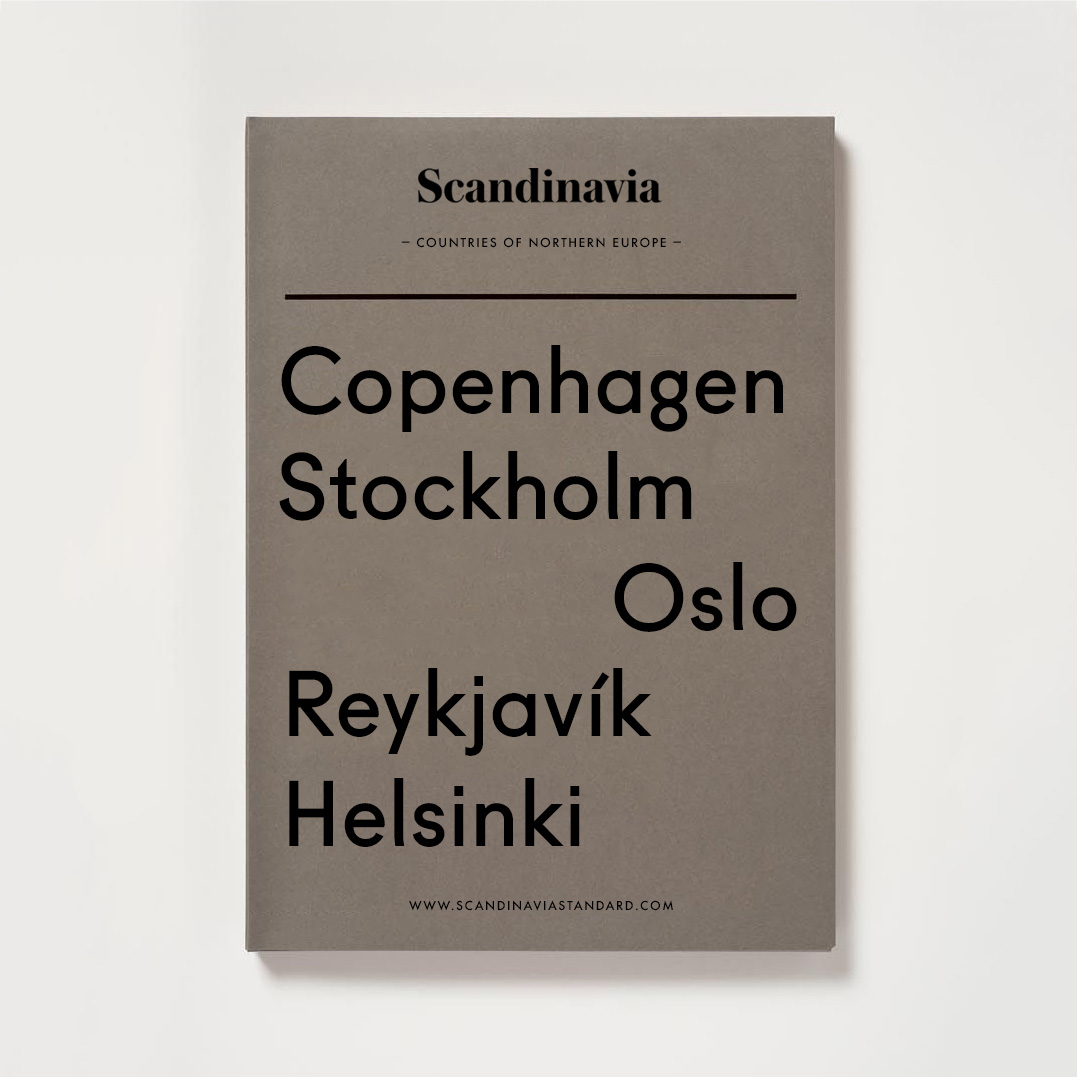 If you’re speaking of a specific current geographic or political context, “Scandinavia” means the region that includes Denmark, Sweden, Norway, and the Faroe Islands. If you’d like to include Finland and Iceland in that same context, use the word “Nordic.”

When speaking of a cultural region including shared history and design, the words “Scandinavian” and “Nordic” are interchangeable.