The Scandinavian cross flag, also known as the Nordic cross flag, is widely known as the symbol of the Nordic region. Instantly recognisable, the flag design covers Denmark, Sweden, Norway, Iceland, and Finland. Greenland is the only Nordic country that does not use this flag; instead, they have their own image, adopted when Greenland won its independence in 1985.

Where did the Nordic cross flag originate and what does it symbolise? Learn the history of the Scandinavian flags (Denmark, Sweden, and Norway) as well as that of Finland and Iceland:

The History of the Scandinavian Flag (Nordic Flag)

The Scandinavia cross flag originated as a symbol of Christianity and was used on banners during war. The Kalmar Union, which was the kingdom that united Denmark, Sweden, and Norway, as well as parts of Finland between 1397 – 1523, adopted a flag with a red cross and yellow body. This flag was hoisted by troops during various wars, including the northern Crusades.

What does each Scandinavian flag (Nordic flag) look like?

The Danish flag features a white cross and red body. It is the longest continuously-used national flag and was officially adopted in 1854, after having been the merchant ensign flag since 1748 and unofficially used around the country since the 14th century.

The origin legend of the Danish flag takes place during the Battle of Lindainse during the Livonian Crusade in 1219. The story goes that as the Danes were about to lose, Dannebrog fell from the sky and filled the hearts of the Danish soldiers with courage, spurring them to victory.

There are several version of the Danish flag: the civil flag, which can be flown by civilians, the Splitflag (seen in the image below), which is the official Danish state flag used by the military when on land, and the Orlogsflag, used by the navy. The flags with split ends are state flags, and are used in official capacities only.

The red of the Splitflag as well as the civilian flag is called “Dannebrog red,” and was originally made from madder root. The Orlogsflag is a longer flag and has a slightly deeper hue; you may only notice it if you were to see the flags next to each other.

In addition, there is a royal standard flag for each member of the royal family, which is the Splitflag with the addition of the royal coat of arms in the middle of the cross. This flag is only used by the royal family, and can be seen flying above their residences to indicate that they are home.

The civilian version of the Danish flag is immensely popular across the country, and is often used for private celebrations. It’s rare to find a birthday party or anniversary celebration that doesn’t include Dannebrog, indicating that Danes feel very personally connected to the flag. 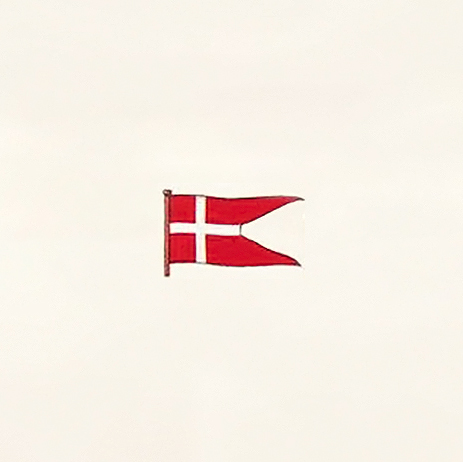 The Swedish flag features a yellow/gold cross and a blue body. It was officially adopted in 1906. The colors are said to be inspired by the Swedish coat of arms, which features blue and gold, and was modelled on the Danish flag.

The origin legend of the Swedish flag holds that King Eric IX saw a golden cross in the blue sky when he landed in Finland during the First Swedish Crusade of 1157, prompting him to adopt the symbol and colors as his banner. Others assert that this story is a little too close to the Danish flag’s origin legend.

Unlike in Denmark, the Swedish state flag and civil flag are one and the same. The military and naval ensign (tretungad flagga), which can be seen below, features three prongs. Though it was originally a swallowtail silhouette, like the Danish flag, in the mid 1600s the three tail version was adopted.

The Swedish royal standard (Kungliga flaggan), is also a tretungad flagga, with the addition of the coat of arms featuring the Order of the Seraphim, an order traditionally ruled by the Swedish throne. 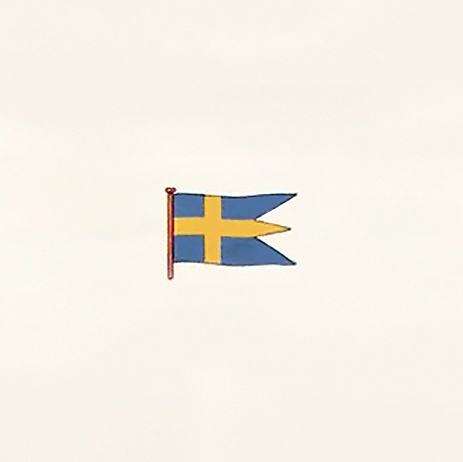 Sweden’s regions and provinces also have their own nordic cross flags with distinct colourings:

The Norwegian flag features a blue cross outlined in white and a red body. It was designed by member of Parliament Fredrik Meltzer and adopted in 1821, although it wasn’t officially flown until 1899 after Norway’s union with Sweden dissolved.

As in Sweden, the rectangular flag is only for civilian use. The state and naval flag has three prongs, like the Swedish state flag (see image below).

Norway’s path to their current flag was not as straightforward as it was for the other Scandinavian countries. Instead, years of joining then dissolving unions with both Denmark and Sweden often resulted in frustration around the flag. Between 1814, when Norway gained independence, and 1821, Norway’s state flag was simply the Danish flag with the symbolic Norwegian lion in the top left corner. At the same time, 1815, Norway’s war flag was merged with that of Sweden; a Swedish three pronged flag with a Danish flag in the upper left corner. The ins and outs of these flags could make your head spin! 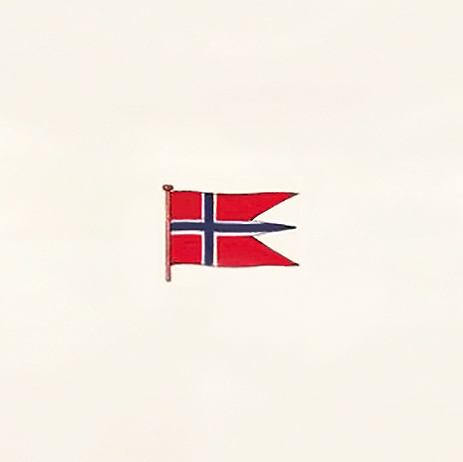 The Finnish flag features a blue cross and a white body. It was officially adopted in 1978 after having been used as the flag of Helsinki-based yacht club Nyländska Jaktklubben from 1861. When Finland gained its independence in 1917, the state held a competition for an official flag. The final design was by Finnish artists Eero Snellman and Bruno Tuukkane; it included a coronet and coat of arms. The flag was further updated in 1922, then again in 1978, the iteration of the current flag.

Finland’s civilian flag, which can be flown by anyone at any time, is the simple rectangle. The state flag is the same shape and size as the civilian flag, but features the coat of arms of Finland in the middle of the blue cross. The flag seen below is the military and naval flag, which features three prongs. 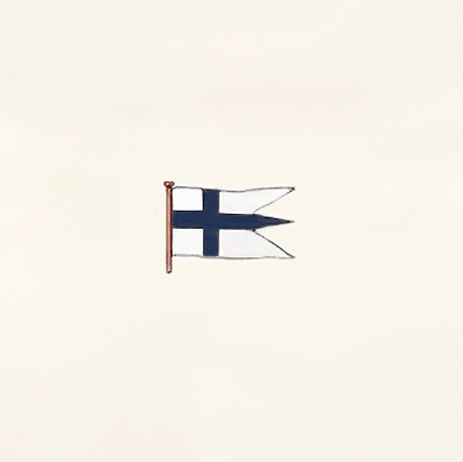 The Icelandic flag features a red cross outlined in white with a blue body. It was officially adopted in 1944, but was used unofficially as a symbol of both Iceland and Christianity as early as 1913, and more prominently from Iceland’s independence in 1918.

The original flag of the country was an inverted version of the Finnish flag, with a white cross an a blue background.

Though the Icelandic flag is modelled on the Danish flag, the colors were chosen to represents important elements of Iceland: red is the fire from the island’s volcanoes, blue is the mountains, and white is the snow and ice covering the country.

The flag pictured below is the civilian flag, while the state, war, and naval flag appears in the swallowtail shape, with two prongs. 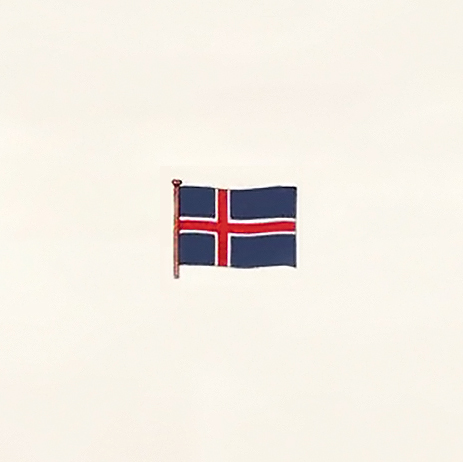 When are the Nordic flag days?

The Nordic flag days, also known as independence days or constitution days, are:

The Scandinavian cross flag around the world

There are many cities and provinces outside of the Nordic region that also use the Scandinavian cross flag, including Vinland near Canada, and United Kingdoms flags such as Shetland Islands, Orkney Islands, Caithness, Scotland, and Sutherland, Scotland. The flags of Calais, France, Mizoram, India, Tbilisi, Georgia, and Little Rock, Arkansas, USA, also use the Scandinavian cross.

Many minority ethnic groups use this flag as well, such as the flag of the Swedish speaking Finns. It is clear from the vast array of places and peoples that utilize this design that it has been hugely impactful across the globe.