Scandinavian Christmas isn’t known for its light food, so to be considered one of the heavier dishes in the rotation is quite a feat. Risalamande (or Ris a la Mande), a creamy rice porridge with chopped almonds, manages this with ease, thanks to its mouth-watering ingredient list.

It’s not the recipe itself however, but how people eat Risalamande that really puts it over the top. One or two blanched almonds are placed in a large bowl of porridge and mixed in so they’re invisible. Then the serving bowl is passed around the table, with each guest taking a large helping. Everyone eats, hoping to find the almond, which results in winning a small prize.

But wait! Did you find the almond? Don’t tell anyone else; hide it under your tongue or in a napkin. This means that everyone has to keep eating Risalamande, helping after helping, essentially until everyone at the table taps out or perishes. This gluttony prank is a beloved game at the end of a traditional Christmas meal; that’s right, this comes after the actual meal.

Risalamande is served cold and can also be eaten as a (very decadent) breakfast in the morning. It is typically only eaten during the Christmas holiday, and thank goodness, because while it is truly delicious, it is also incredibly rich. The rice porridge is easy to make and lasts for days if refrigerated, so don’t be afraid to make it early.

Here’s our classic Risalamande recipe, with the help of chef Albin Blomkvist:

This isn’t a big portion! Double or triple the ingredients for depending on the number of servings you require. 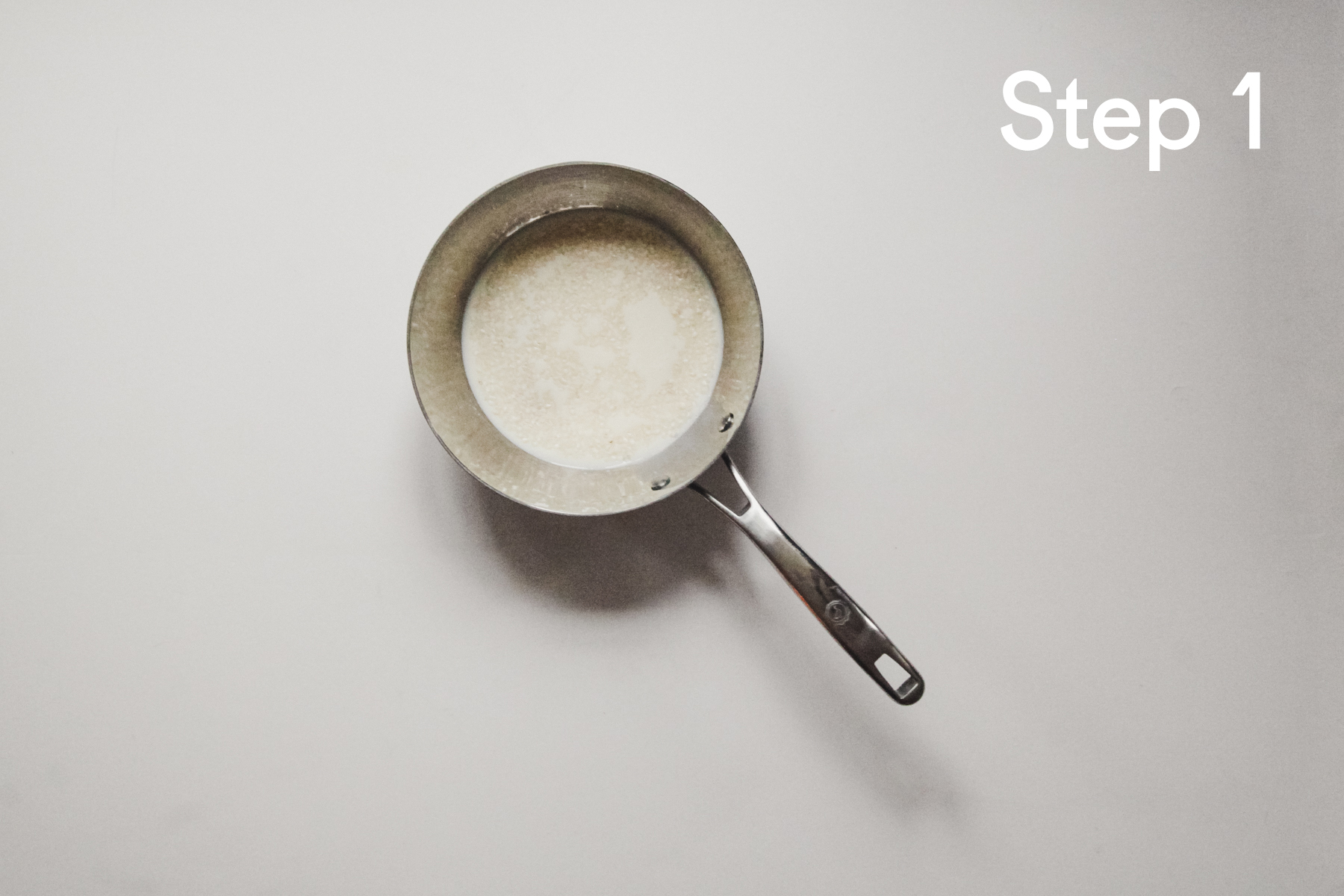 Add rice to a saucepan. Add milk and bring to a boil. 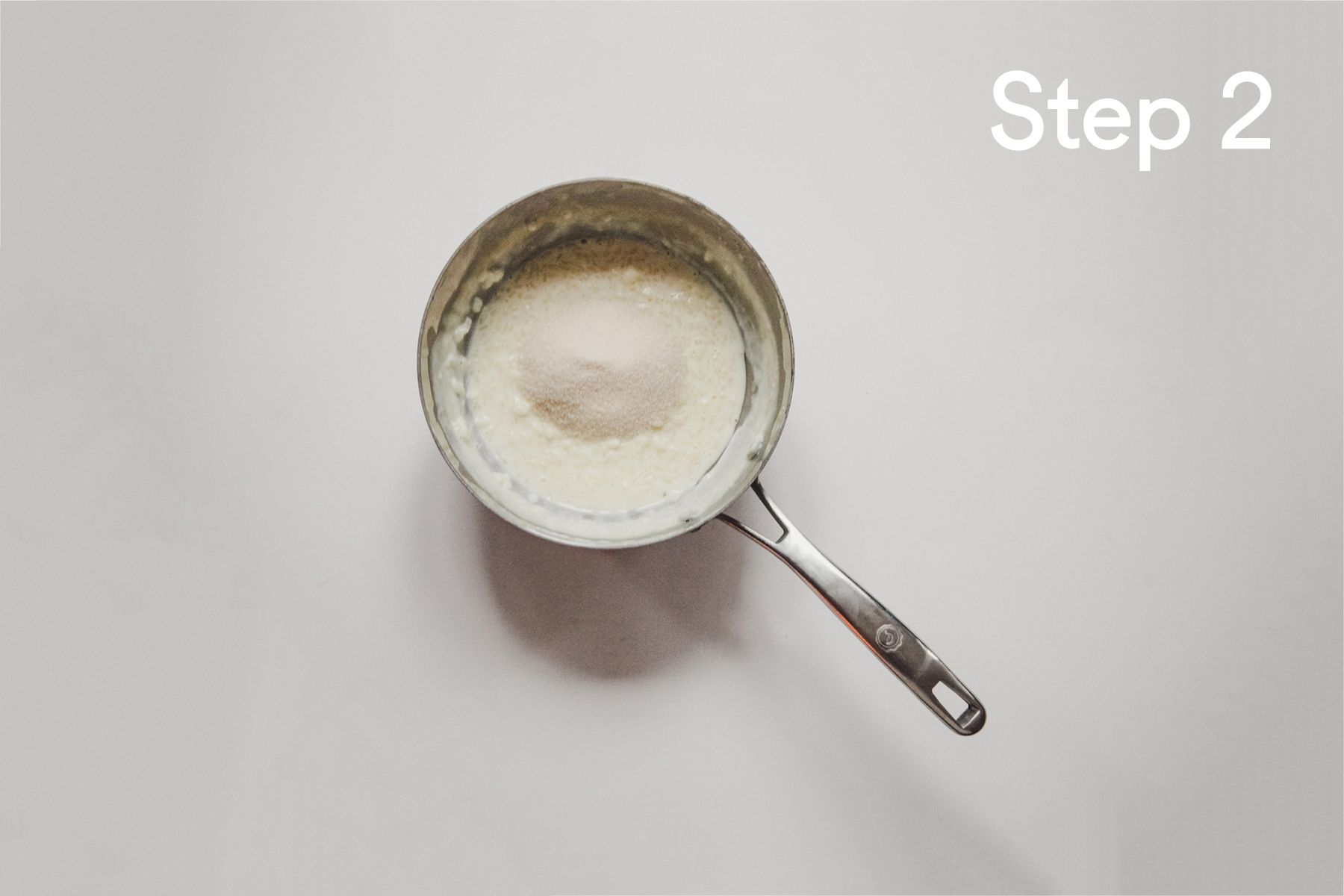 Stir in the sugar.

This step is optional. Many recipes don’t include sugar in the porridge, as the risalamande will already be sweet from the kirsebaersauce (cherry sauce). 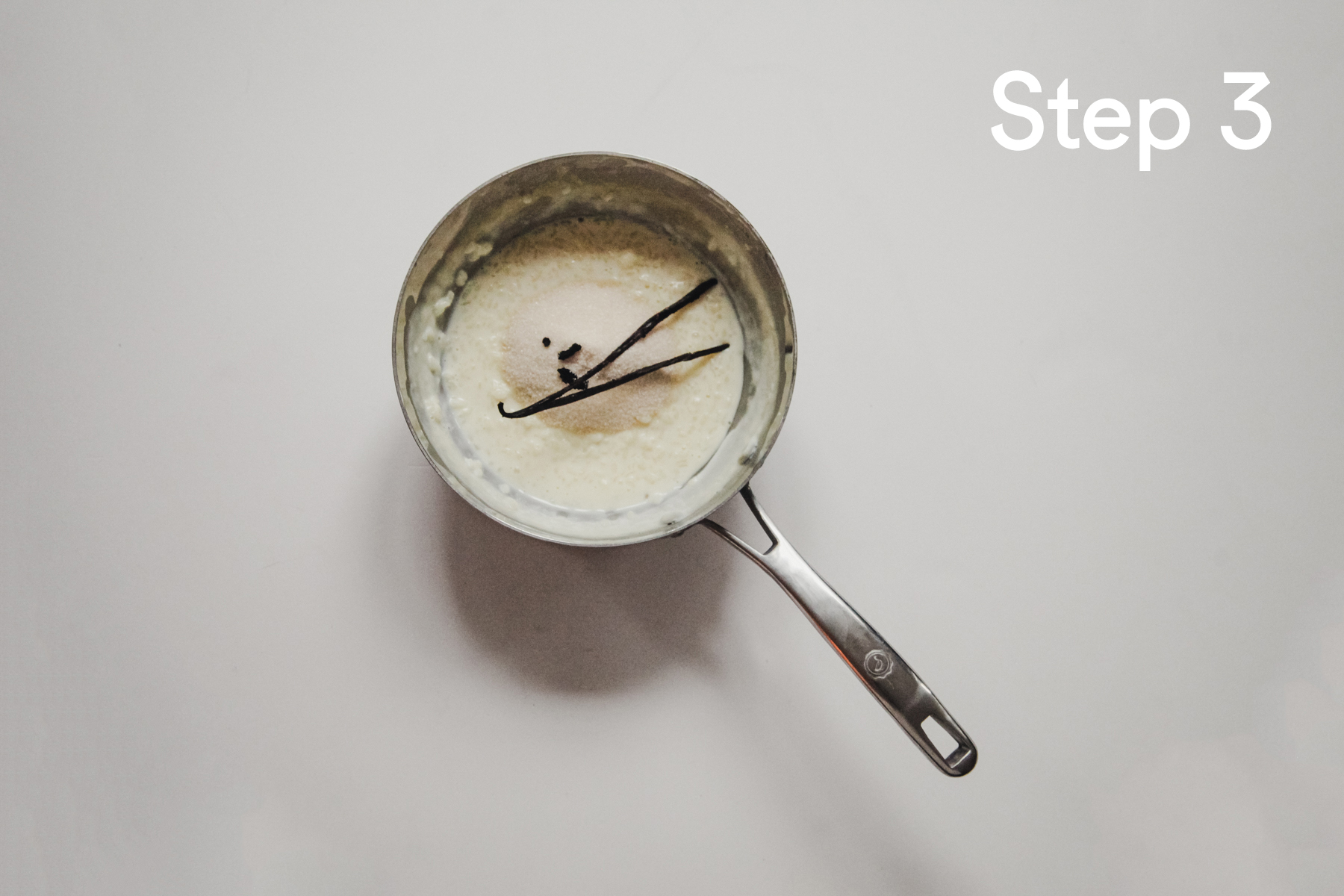 Split the vanilla bean and scrape out the seeds. Add the seeds to the saucepan. 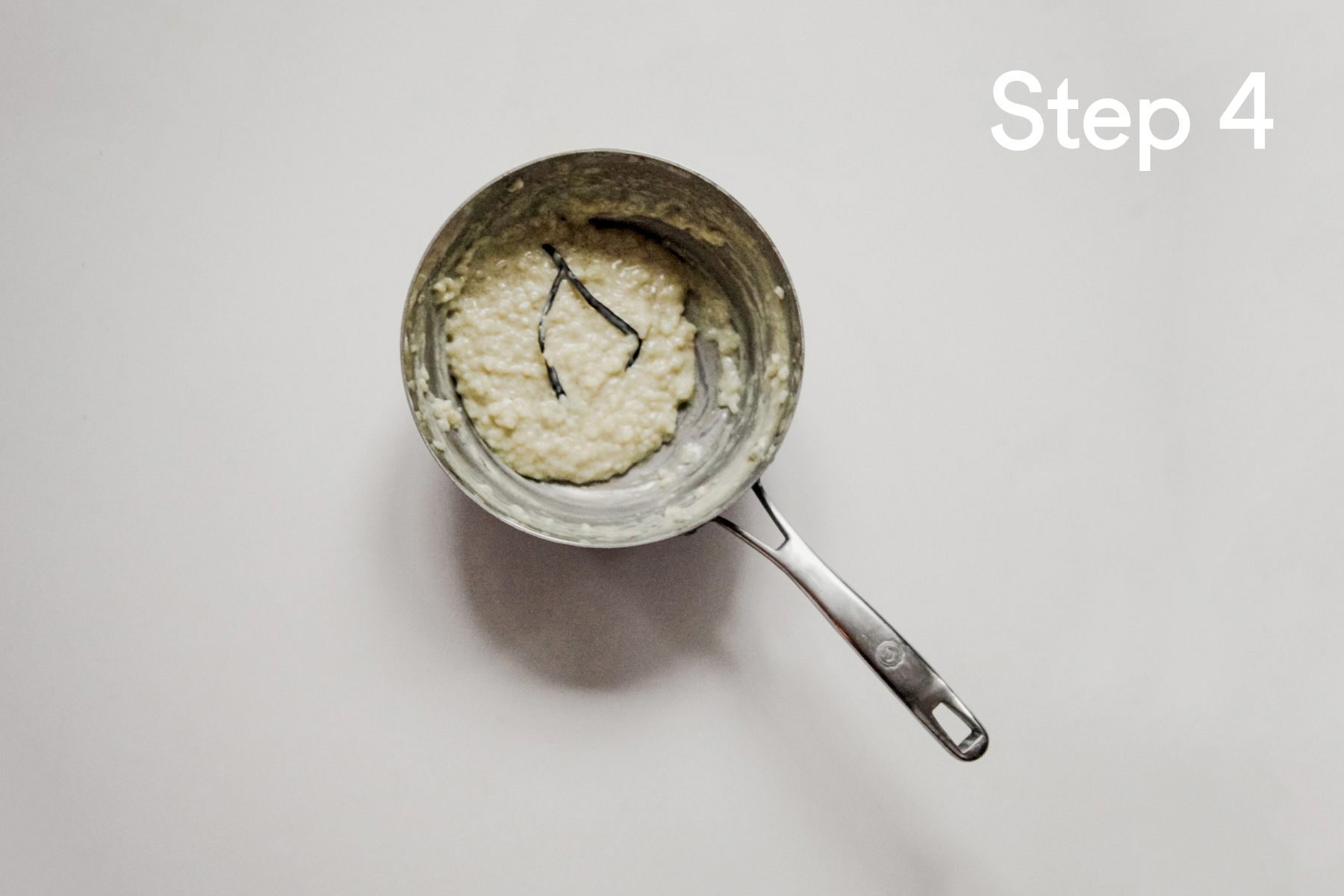 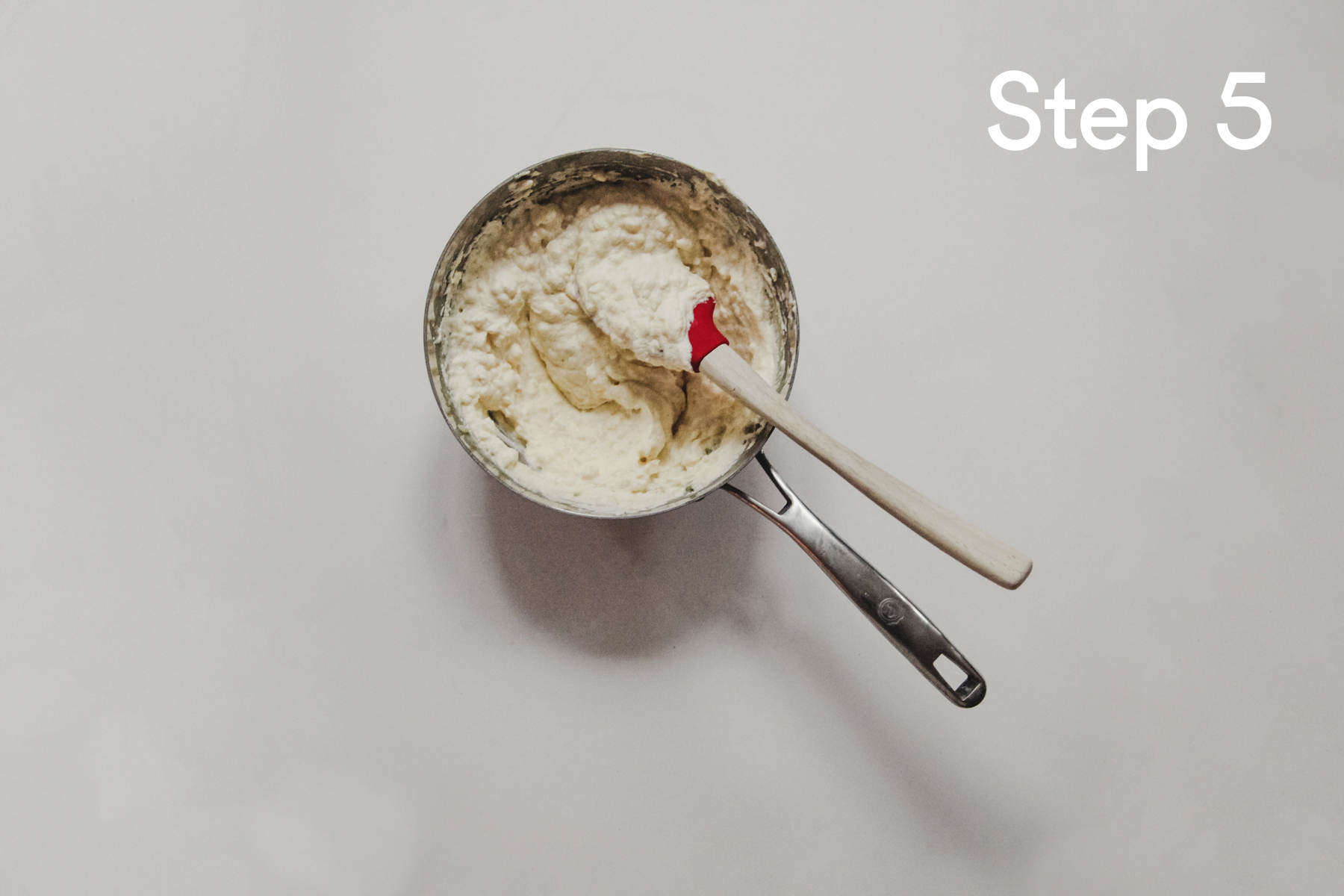 Let the mixture cool to room temperature. Whip the cream until it forms stiff peaks. Fold into the saucepan mixture. 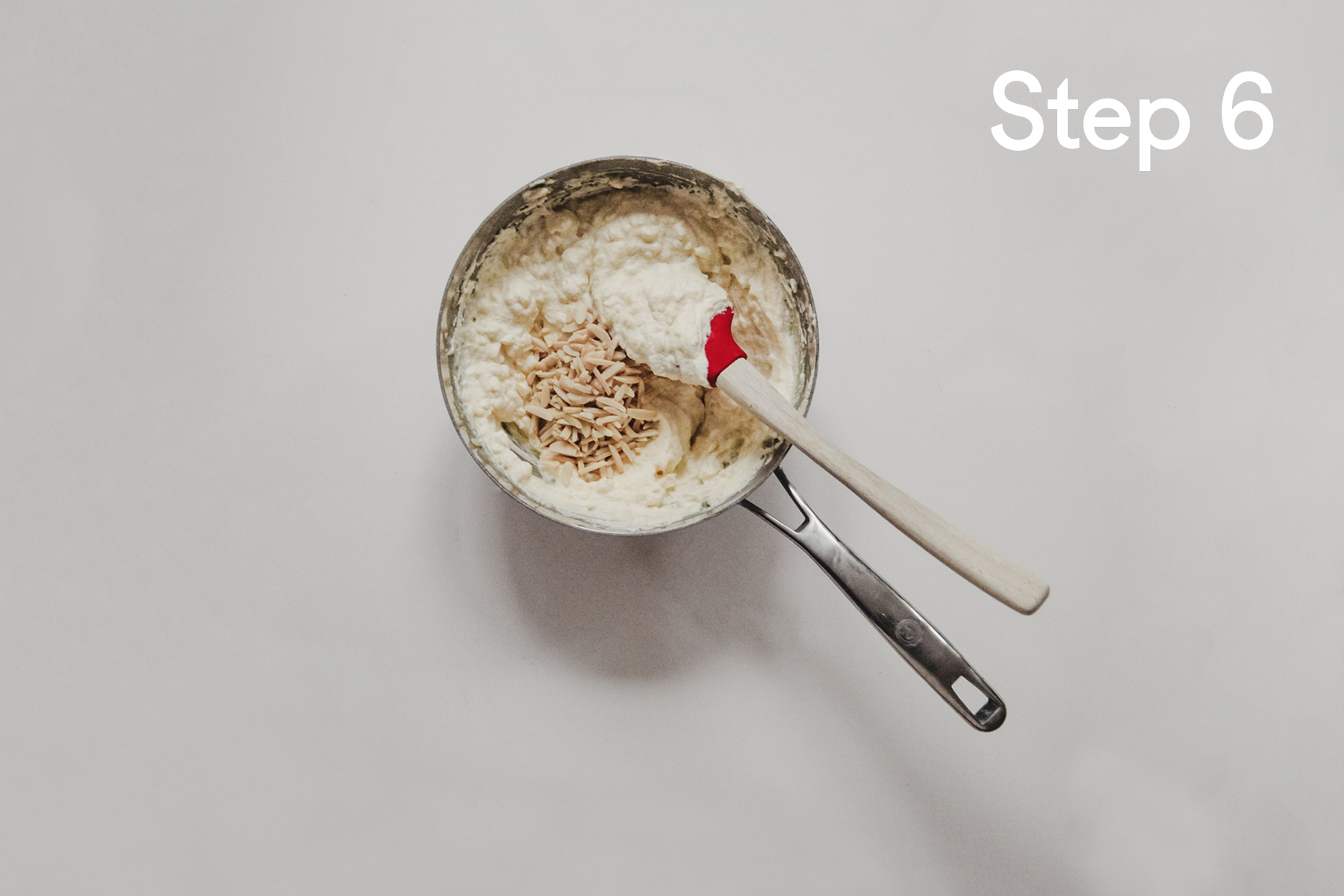 Add almond slivers plus a whole blanched almond. Almonds can be blanched by popping them in boiling water, then rinsing them in cold water; the temperature shift removes the skins. 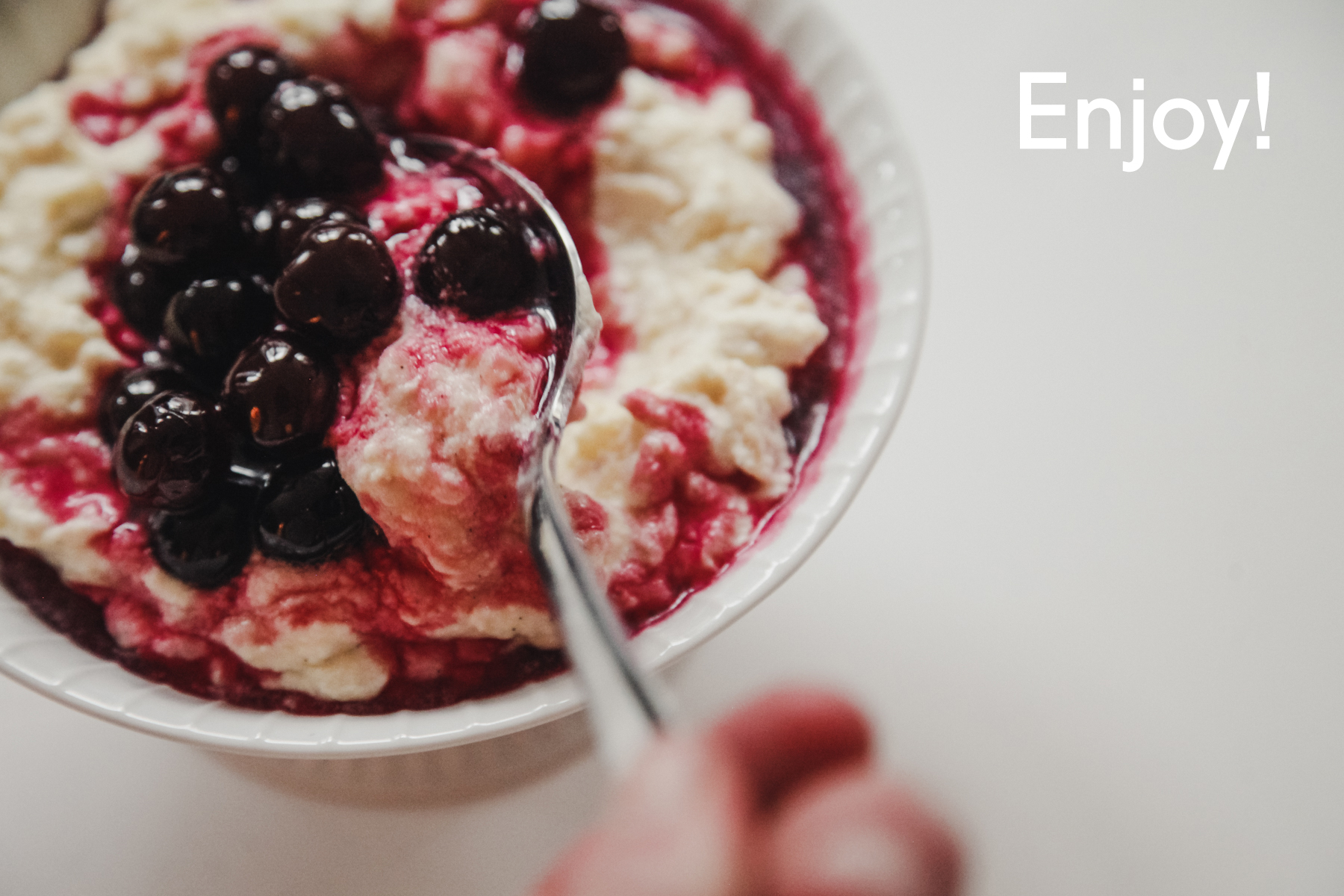 Serve with kirsebaersauce and enjoy!

This is a modified recipe from my mum. She’s Australian and lived in Copenhagen in 1982 with my Danish dad. She spent part of her time learning the Danish language and going to Danish cooking school. She took copious notes, and we still have this original risalamande recipe that we’ve used in the family ever since. Thanks mum! 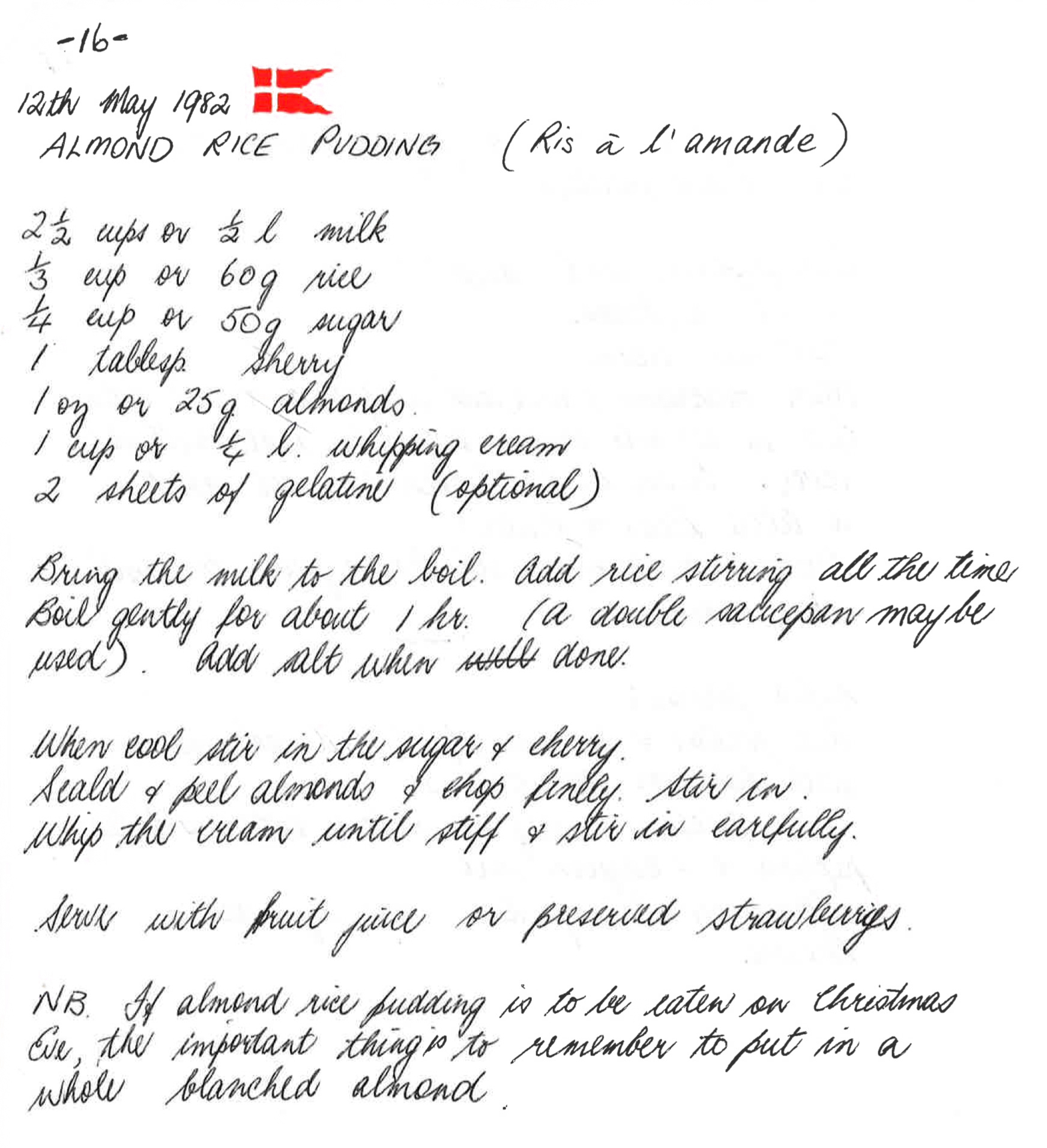 Want more Danish Christmas? Check out our guide to traditions and gift inspiration!