We all know that feeling. I mean, maybe you don’t, because you’re cool, but most of us do. When you arrive to the party but somehow didn’t get the wear-black-leather-and-Nike-trainers memo (don’t be ridiculous, you’re in Copenhagen, that’s the only memo). When everyone smokes (Lucky Strikes! Where are they even getting these?!). When you are just so obviously the lamest people at the party.

So it was for me and Freya backstage at the Nicklas Kunz SS16 runway show. Freya’s running around with a camera attached to her face and a gorilla-pod holding it up like some kind of three-legged monster. I’m crouched in a corner with my notebook like the world’s most obvious Peeping Tom. What a pair! Who invited the weirdos?

Actually, Nicklas invited us, and I’m damn glad that he did. His fashion show was far and away our favorite of the season. The runway was at Bakken nightclub in Kødbyen, tucked away in a courtyard with 30 people sitting alongside the catwalk area and the club itself filled with revellers. In the courtyard, there were picnic tables, a bar and some very intense lighting. Just before the show started, a man walked in with a tray of drinks for his friends. The crowd erupted and he pumped his fist, clearly never having been a model before.

In an exceptionally hip twist that made us all feel like top-secret spies in the House of Fashion, muscled body guards led each model to the opening of the courtyard. The audience cheered as the models made their way down the “runway.”

The clothes were true to the Kunz aesthetic, but more luxe and less branded than previous seasons. There was his signature monochrome in addition to light greys, giving the silhouettes a gentle touch. Though his basics looked stylish and comfortable, it was the jackets this season that really got me. I’m a believer in unisex jackets (meaning, if I like it, I’ll wear it) and these really hit that stride. The length, the texture and the hardware of his pieces balance “masculine” and “feminine” fashion silhouettes perfectly, making them wearable for anyone’s style. The last piece on the runway – a womenswear white leather jacket – was like all of my fashion dreams come true. Nick, you’re killing me.

The show ended with a dance party and I now officially declare that there is no other way to end runway shows. It’s not often we get to be part of a vibe this fun, joyful and even meaningful. 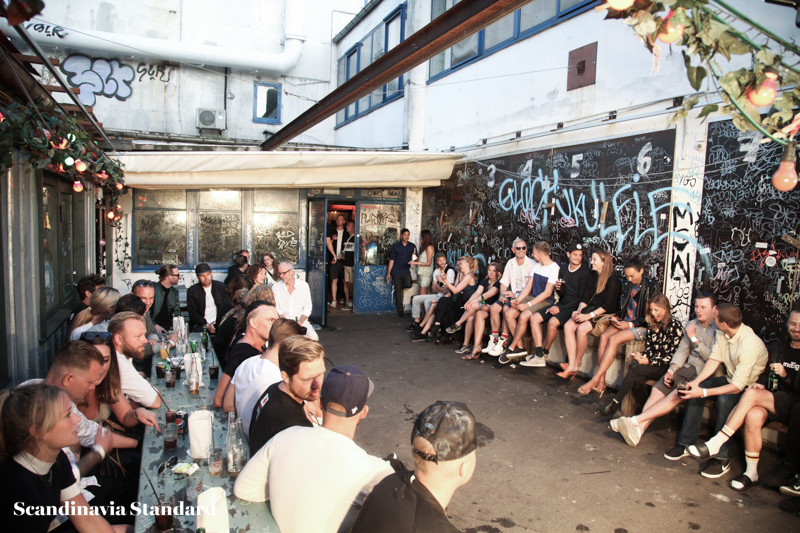 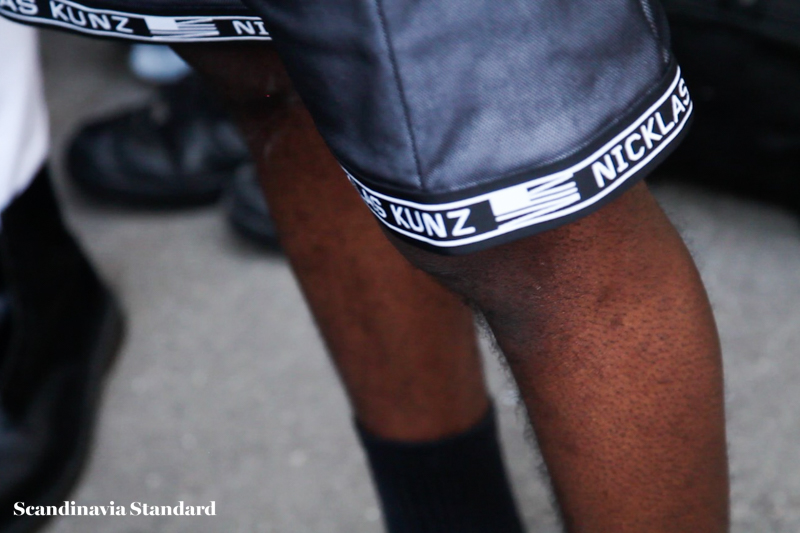 Because let’s talk about this: Kunz uses mostly amateur models – of various body sizes, by the way – in his shows, and they’re almost exclusively models of color. It’s hard to find this much diversity in Copenhagen in general, let alone in a Copenhagen-based fashion show. So while it was about the clothes & The Cool, there was something else there underpinning the whole thing. It was: we’re here, Fashion, and we’re fucking awesome.

By the end of the night we may still have been the lamest people at the party. But who cares?

See more on Nicklas Kunz’s shows and read an interview with the designer.