As we ease into the darker months of Scandinavian winter, I’m getting worried. Aren’t you?

Winter is a challenge for many Scandinavians, but even more so to those people who aren’t used to the seemingly-eternal darkness or, worse, aren’t morning people. I’m one of them.

This was my alarm: 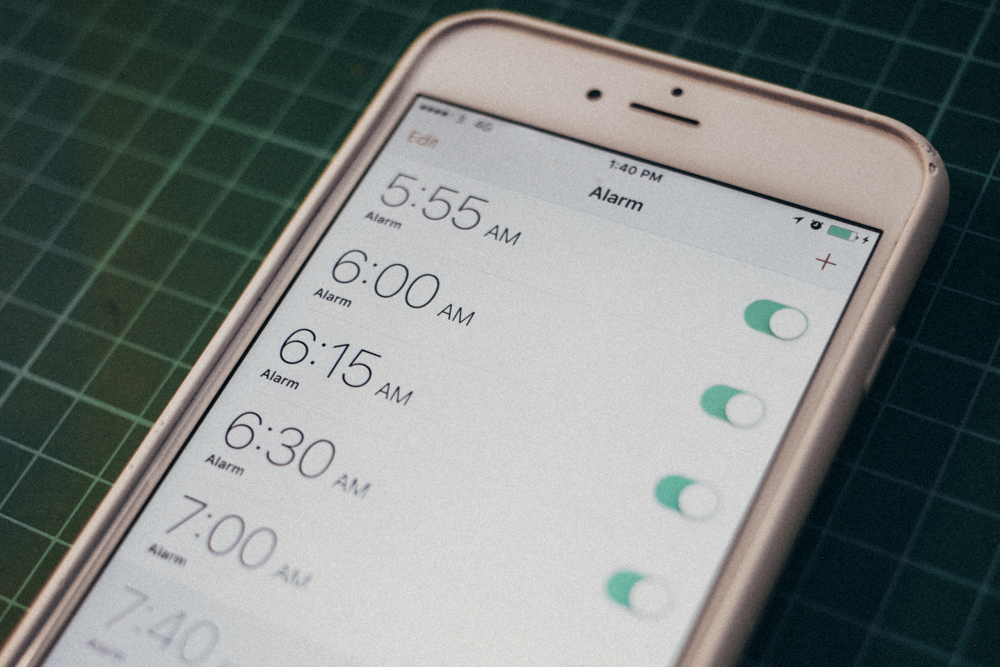 I can tolerate the wind and the icy bike lanes, but the lack of daylight makes waking up feel impossible. Having made the decision that Copenhagen is my home, this season I’ve decided to Embrace The Suck. My issues with rountines run deep. Probably starting with Jackson Browne’s The Pretender and ending there too. Can we glass-half-full our way through this? With a few strategies in place, I think we all can.

I talk about my sleep patterns a lot. To everyone. Look, I’m doing it again. That’s because since moving to Denmark, sleep has probably become a top priority in life.

I have a rare talent for sleeping. I’ve slumbered through jackhammers in my house. To be honest, I actually can’t remember doing it, because I’m just that good. Like most talents, I always felt that the ability to sleep should be cultivated. That was until I moved to Copenhagen, where during winter I’d find myself going to bed far too late and waking up after the sun had gone down. As a foreign freelancer not used to living without the cues of sunlight to guide my days, I’d find myself working on projects until 6am then struggling with 9am appointments the next day. Something had to be done.

After talking to locals, experimenting with different methods and becoming mildly obsessed with the topic, I’m here to share what works for me. Perhaps it will work for you too:

You heard me. If it’s after 10pm, stop reading this and go to sleep you crazy cat!

I’m a night owl. I hate saying goodbye to the day. Now I realise that going to bed at 10pm is a must for my happiness. Most of them time, excluding rampages of Cyrenaic hedonism, I’m pretty good at it.

I’ve found it helpful to:

It’s all about delayed gratification. Say goodbye to today so tomorrow can be even better. Once, at a mid-week dinner party, I found myself sitting next to a guest that became antsy because he knew he was going to have a terrible next day if he didn’t go to bed soon. As I reached to refill my wine glass, I admired his understanding of delayed gratification. Perhaps one day I could be that disciplined.

Try to get eight hours sleep. I have read no less then one million articles on this topic (this is my personal favourite!) and my conclusion is eight hours is good. Practically speaking, if I aim for eight I’ll get at least seven hours. Maybe even six! Reading articles on how many hours you’re supposed to sleep is an excellent sleep-avoidance technique. Put that iPad down and go to bed.

That being said: if you work on a earlier or later schedule, alter those bedtimes as necessary. Need more tips on falling asleep? Read our earlier article: How To Sleep When the Sun Won’t Go Down. 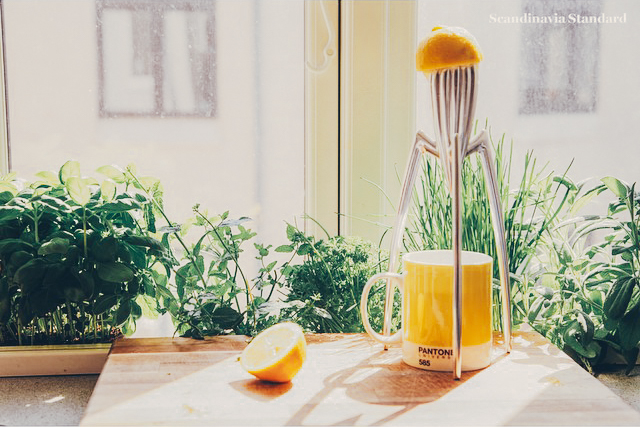 I’m quite taken with my “miracle morning,” and disappointed when it doesn’t happen. It involves: wake to favourite songs, DON’T THINK, slide out of bed and straight to brush teeth, lemon water, meditation, run, butter coffeeeeeeee, a quick review of to do list + intentions, journal, read something/anything, quickly check emails, shower, dress, GO!

To be honest, it’s taken many years to get this routine running smoothly. Without a routine, you’re rewriting the script everyday which is exhausting. Now I just act out the play, and I redraft as I need to. This Morning Routine App changed my life because it allowed me to keep focused on flowing through my morning so I could get on with pursuing what really mattered to me.

Getting up is less painful when you have a routine to pull you through. It’s also great to get all-the-tasks-that-you-should-do out of the way so you’ve laid the ground work for a great day. But preparation is key. Before going to bed, put out the lemons on the cutting board and lay out your exercise gear. I love waking up to a clean room and a simple to do list. I’ll do anything to alleviate decision fatigue so that I can mull over life rather than where I left my running shoes.

Here are some things that are great to include in your routine: 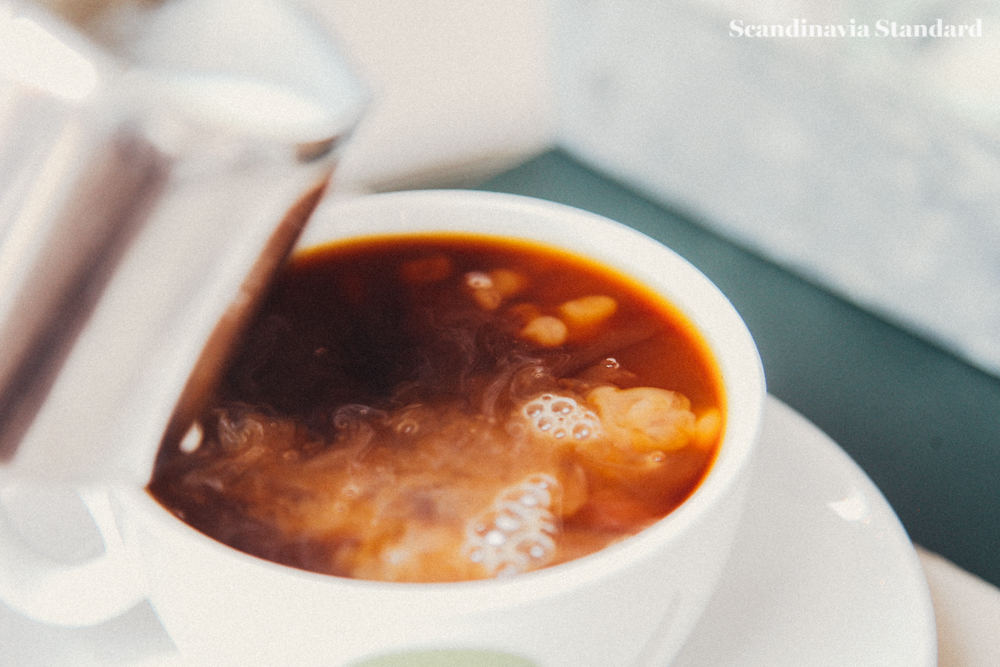 I have a Swedish friend that likes the quiet stillness of Scandinavian mornings. He noted that there’s unique beauty in the moments before dawn before the world awakens. The way he described it intrigued me, so I decided to adapt has attitude as my own. Yes, my friend: fake it until you make it.

I also believe that hygge is something that shouldn’t just be reserved for those dark winter evenings. Incorporate it in the morning too. I wish that my sister lived in Copenhagen with me as my personal alarm clock. She would always wake me up by throwing on the music, lighting candles and cooking up a savory breakfast that wafted through the house. I’d wake up pretty quickly to join the party! If you do have an amazing person like this in your life, never let them go. Otherwise, just try to bring a bit of hygge to your own life; light a candle, spray a linen spray as you make your bed. You’re worth it!

Have a reason to get up

Hauling yourself out of bed requires motivation, at least initially. Beyond work, having a reason to get up in the morning makes the whole process so much easier. Try to remind yourself before you go to bed and when you wake up. Having something to look forward to, beyond just getting tasks done, is powerful stuff. This might involve some soul-searching. What are you doing with you life? No idea? No wonder you can’t get up in the morning. I’ve been there, and I sometimes go back there. It’s something I believe we all should review regularly. Figuring out what you’re going to do with your life is generally what gets me up in the morning, and that’s kinda exciting.

The humdrum of routine catches up with you and before you know it, life has passed you by. I understand that this can seem a little over the top, but I truly believe this is important. Is your purpose to help people? To inspire compassion? To express creative possibilities? You can get more specific than this! Lost? Pick up a copy of Man’s Search for Meaning by Viktor E. Frankel; it’s a great place to start.

When all else fails, maybe food is the answer. Seriously. I am so motivated to get my tired ass out of bed when I have a delicious breakfast planned. 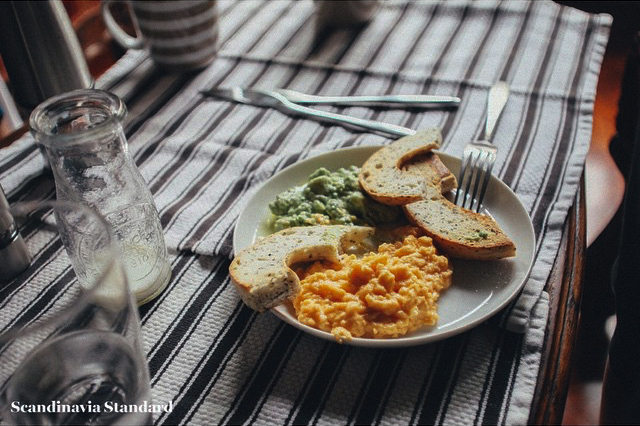 Getting enough vitamin D is a must to combat the winter blues and get up in the dark. I leave the vitamins out where I can see them so that I actually take them, because I’ve found that simply owning vitamin D tablets isn’t enough. Go figure. UPDATE: Also, check your B12 levels!

Also, don’t forget to eat your vegetables. I truly dislike navigating Danish supermarkets in the winter, so services like Aarstiderne and Grab n Cook are fantastic.

Depression afflicts a lot of Scandinavian residents at this time of year and vitamin D deficiencies exacerbate these problems. A hero of mine, Mike Monteiro, recently wrote about getting help for depression. Allie Brosh’s “Adventures in Depression” and “Depression Part Two,” comics collected in her book Hyperbole and a Half are brilliant.

If you are feeling depressed, you are not alone. Please reach out to your doctor or call the Suicide Helpline. Help is available! 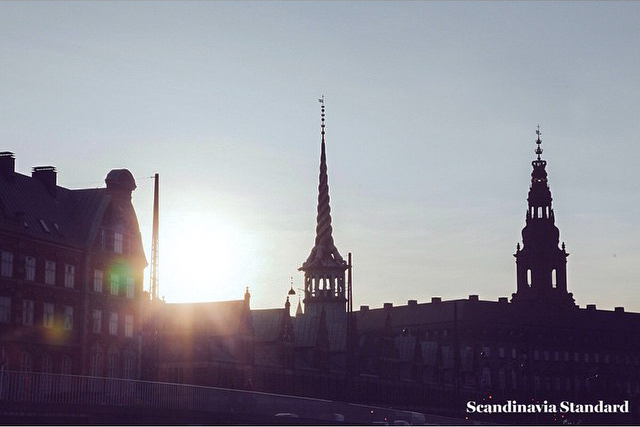 Get the right alarm clock

There are lots of great options. I set different songs for different days of the weeks on my iPhone. It’s a strange system but I like it. Putting your alarm clock out of reach really helps.

I have my eyes set on this Philips Wake Up Light, and I have high hopes for it helping me through the winter. Other people swear by digital fitness bands like Jawbone UP24, which tracks your sleep patterns and wakes you at the optimal time to avoid grogginess. Experiment and see what works for you. It feels like a gimmick to me, but who am I to judge? I’m addicted to my morning routine app!

Remember, we’re all in this together! A Danish poet called Henrik Nordbrandt wrote the following poem “The Year Has 16 Months:”

November is hard. December is okay because of the distraction of Christmas. The crystal clear snow of January is dazzling in its beauty. But then February is a shocker.

Some mornings will be hard, but that doesn’t mean you have to be hard on yourself. I’m determined to one day say I’m a morning person and actually mean it.

….Or if all else fails, head to Spain.

Important note: we are not doctors. If you’re really struggling with waking up, it’s time to consult your GP!

Do you have tips that help you get up during the Scandi winter? Let us know in the comments!