The Icelandic lopapeysa, also known as the Icelandic sweater, is an iconic wool jumper made from native Icelandic sheep wool. Literally meaning “sweater made from unspun yarn,” the lopapeysa is traditionally made with a yoke pattern at the top of the sweater. This pattern is in non-varying circles, so the back and front look the same.

The typical sweater comes in three forms: pullover, half-zip, and full zipper. The pullover and half-zip are the most common, but all three are widely available.

The history of the sweater is fairly recent. Designed sometime in the mid-20th century, the lopapeysa came about as the result of increased importation to and industrialization in Iceland. Handknitting was being replaced and people were looking for new ways to use the plentiful Icelandic sheep’s wool.

Though some credit craftswoman Auður Laxness with inspiring the original design, there are a myriad of noted influences, both domestic and international, including Aztec, Turkish, and Swedish textiles. Initial sweaters included the circle design on both the yoke and sleeves, while today’s designs tend to only feature a pattern on the yoke.

When Iceland became fully independent from Denmark in 1944, the lopapeysa took on a patriotic meaning, becoming a symbol of Icelandic identity. While the sweater has had peaks and valleys in popularity over the years, it remains an important cultural item – and incredibly popular because of its practicality – in the country. More recently, it’s became a global symbol of Iceland and is a favorite tourist purchase.

Why are Icelandic lopapeysa so warm?

Icelandic sweaters are incredibly warm thanks to the lopi (unspun yarn). There is more air in this yarn than would be found in spun yarn, and the insulation is therefore greater. Icelandic sheep wool is known to be warm and light, but it’s also quite hard to handle, making it a challenge for even seasoned knitters.

Icelandic lopapeysa are so warm that they are often worn in lieu of a jacket during the autumn and early spring. Because of the insulation of the wool, this sweater will retain warmth when wet, so it can be worn in a light rain (though you’ll need to dry it out afterwards)!

How do you pronounce lopapeysa

Find it a bit hard to say? That’s okay; Icelandic locals will understand if you ask for the “traditional Icelandic sweater” or “jumper” instead.

Are Icelandic lopapeysa made in Iceland?

Where can I buy an Icelandic lopapeysa

Icelandic lopapeysas are widely available in shops in Iceland and across the Nordics. If you can’t find one available in stores or online that are available in your region, there are a number of imitation designs. We recommend, of course, that you hold out for the original; they’re excellent quality!

Perhaps the most well-known place in Iceland to get a lopapeysa is the Handknitting Association of Iceland, a women’s knitting group started in 1977. They cannot be purchased online, but if you find yourself in Reykjavik, this is the place to go!

Is a Fair Isle sweater different from an Icelandic lopapeysa 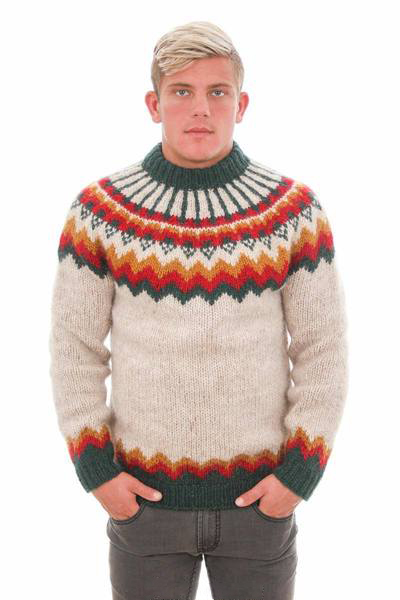 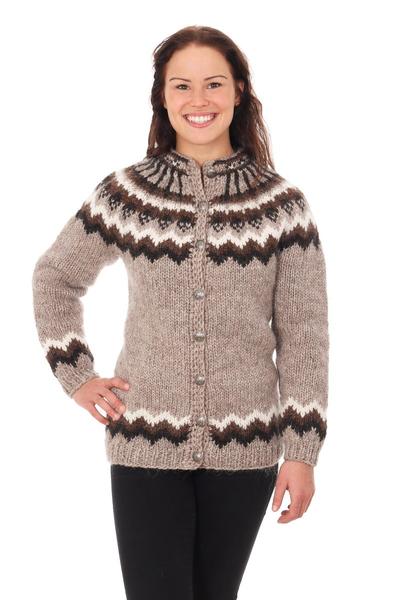 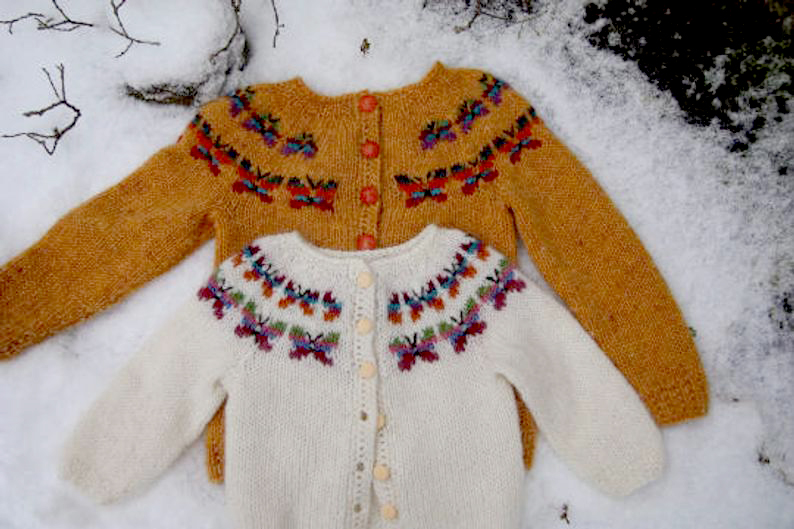