If you’re into coffee, you’ve probably heard of the Aeropress. If not, let me explain: it’s a single-serving coffee press that uses air to push the coffee through the filter rather than a mesh, such as in a french press.

The air pressure means that filtering time is around 20 seconds – that’s very short – and there’s less bitterness. The acid level of the coffee is also lower, producing a coffee that’s kinder to sensitive stomachs. A smoother brew results from the use of moderate-temperature water, lower than traditional brewing methods.

I like coffee a lot (I like like it) but I’m not above drinking day-old coffee from the drip filter or throwing some ice in a room-temperature mug from the morning and calling it “cold brew.” I spent my college years working at a now-defunct local coffee shop that, while not changing my gross tastes, did change the way I respected coffee as a product. Our training included learning the process of planting to brewing with focus on the working conditions all along the way, and our directive was to waste as little coffee as humanly possible (our shifts were very caffeinated as a result).

I still may not be able to discern gourmet from supermarket beans, but I do my best to only buy fair trade and am particularly interested in roasteries that are transparent about where their beans come from. That’s led to purchasing higher-end beans, seconded by the fact that my husband actually can taste a difference and prefers particular beans and brewing methods for his morning cup.

I bought an Aeropress three years ago as a birthday present for my husband and it’s what he uses every day before work. I have a cup on weekends because I like a treat and he makes it for me. He likes it because it produces a beautifully smooth cup of coffee and I like it for those reasons, plus the fact that the single serving means I’m getting exactly as much coffee as I want and not wasting anything.

So when I heard about the World Aeropress Championship, it felt like kismet. These are my people, I thought! Also, what could be more nerdy than a bunch of people taking the temperature of water before using the tremendous power of air to make a single cup of coffee? I love it! I want to see it!

Lucky for us, the intense coffee culture in Scandinavia means that almost every Scandi country is hosting their own championship before sending the winner to the World Championship in Dublin, Ireland on 23rd June, 2016.

Scandinavian competitions include Denmark at The Coffee Collective in Copenhagen, Sweden at Koppi Roasters in Helsingborg and Norway at Kafikaze in Oslo.

We attended the competition at The Coffee Collective. It was loads of fun with great music and a buzzy vibe. The judges tested 26 cups of coffee – I’m guessing none of them slept that night – and eventually chose Tania Arnfjord as the winner. She’ll compete with about 50 others for the title of World Champion.

If you’re into coffee, consider the Aeropress. I’ll be using mine and cheering on all the competitors in June. 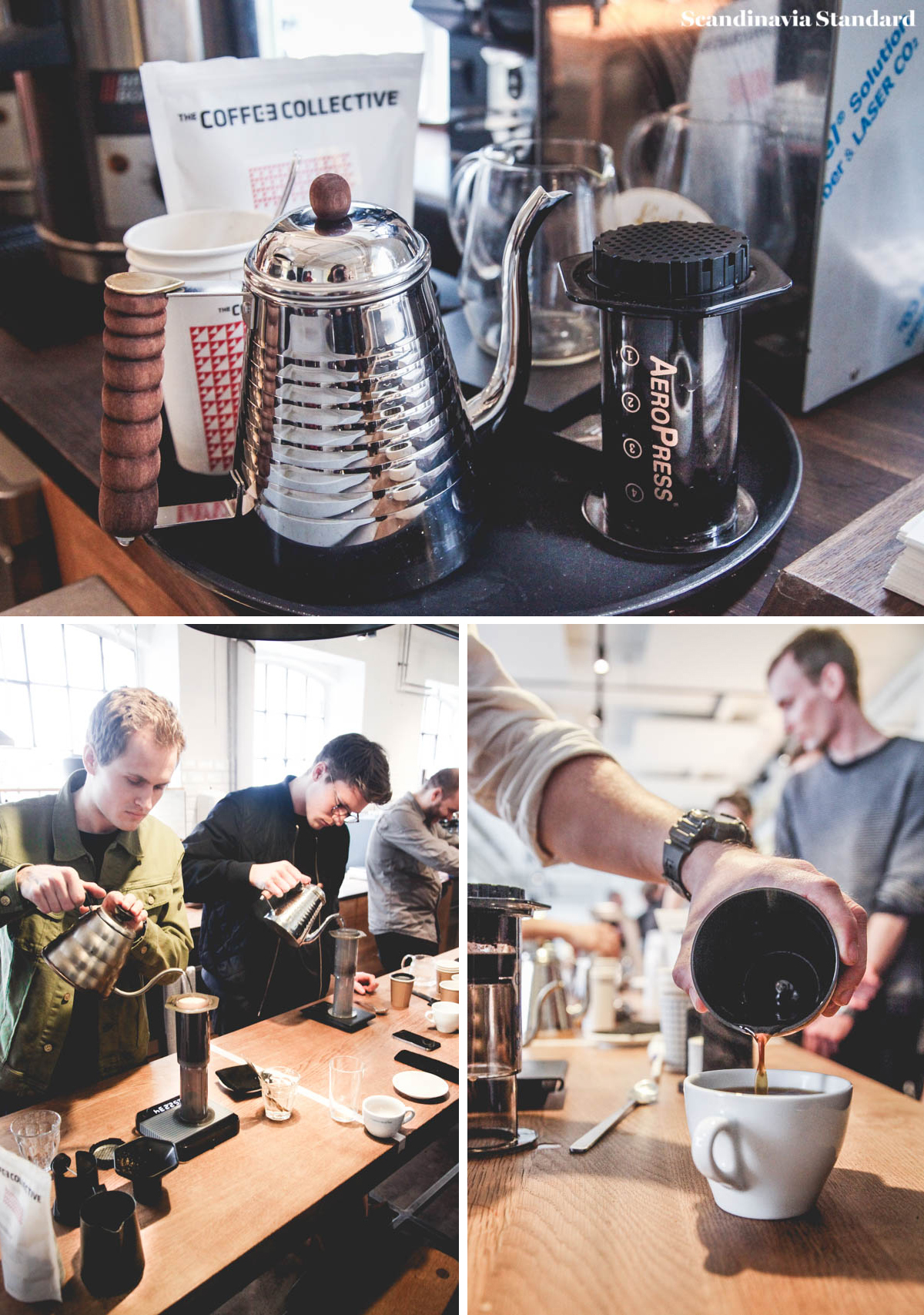 Do you have a favorite coffee roster or way to brew coffee? Tell us about it in the comments!