“[Roskilde] has long had an ambition that food should be used as a change agent,” says Louise Taarnhøj, Communications and Press for Roskilde Festival. “…And [that food should] act as catalyst for innovation and development.” Last year, Roskilde aimed to do this through a number of approaches. This year, the festival’s food strategy is all about sustainability.

In collaboration with CarbonCloud, a Swedish food and climate research firm, all meals at Roskilde will include its carbon footprint. “Menus will hang on all [food] stalls so you can see the [environmental] impact of individual dishes,” explains Louise. In addition, each food stall will be given an overall a CO2-emission score.

“[The scores] allow [vendors] to adjust to more environmentally-friendly alternatives… and give participants the opportunity to make a greener choice. Maybe you choose a vegetarian burger instead of beef?” she smiles. After seeing the burger’s CO2 score I definitely am!

But providing festival-goers with a carbon footprint is just one of the many sustainability initiatives at the fest. Roskilde is also partnering with the Danish Innovation Fund to test a number of eco-friendly projects, like solar cooking and insect-based meats. The non-profit Københavns Madhus is serving the diet of the future in their environmentally-minded Folkekøkken. And even the Danish beer giant Tuborg has leaned into the green. Not only will they launch Orange, Tuborg’s new organic citrus lager, they’ll be pouring it in recycled, reusable cups. The beer is a dry-hopped fruity beer with taste notes of mango, lime and grape, and for the moment it’s exclusive to the Festival Area from Wednesday to Saturday.

Food sustainability is important at Roskilde, but so is taste; that means you can expect to find some pretty delicious dishes. Favorites like Grød, Kiin Kiin’s Thai foodtruck and Gorm’s Pizza will all be there. And of course, Meyers’ baking demos will be back to wow the crowds. There are also a few new kids on the block making their Roskilde debut like Snail ‘n’ Chips baked snails lathered in a kimchi-mayo and the umami-loaded fish sandwiches from Kutling & Ukrudt.

The fish sandwiches are particularly special because they’re made from an invasive fish species. As founder Birte Pawlik says, “If you can’t beat them… eat them!” 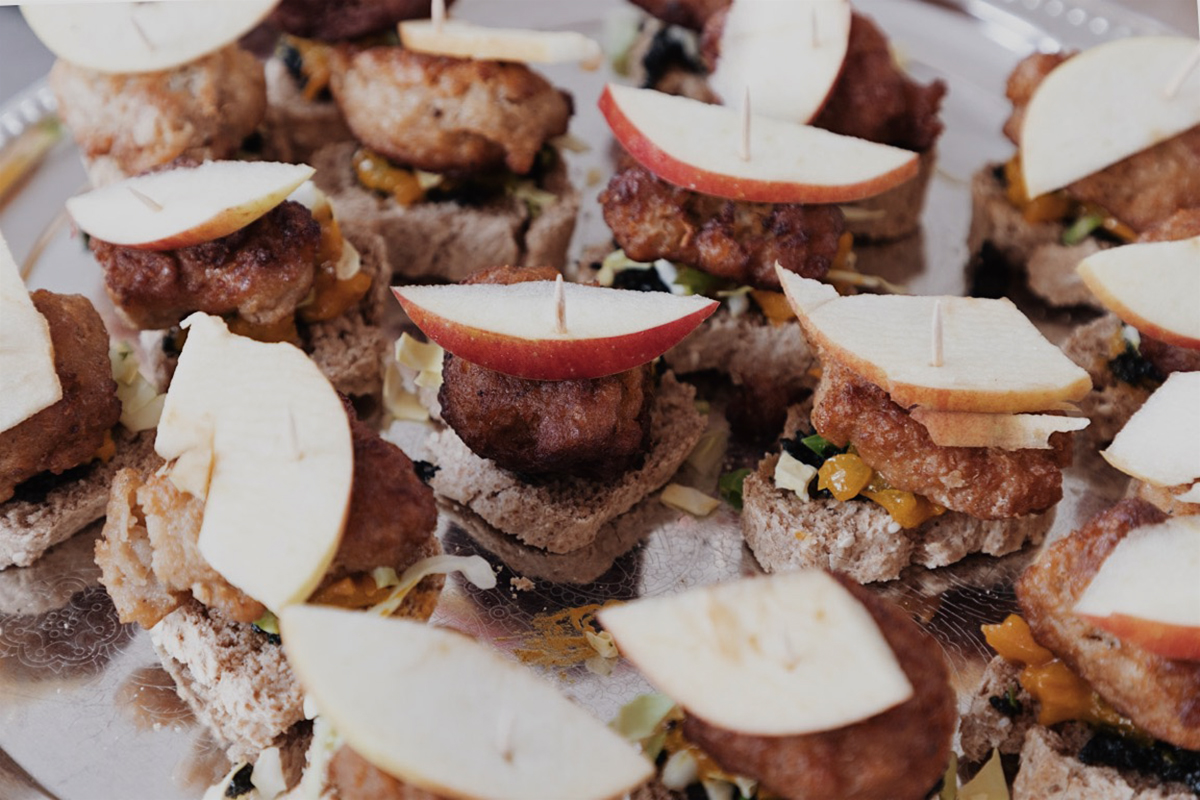 Skotlander Rum Lounge is hosting the world’s first mocktail bar at a music festival, mixing low- and alochol-free cocktails, in addition to holding normal tastings. And Grundsmag plans to serve up some of the fattest mussels you’ve ever seen. Just don’t forget the tarragon mayo; it adds a bit of a kick.

For the second year in a row, Rub & Stub is offering a number of festival food tours, including their beloved vegan food tour. Tickets must be purchased in advance and we definitely recommend it. Alternatively, there are lots of vegan food vendors, including Simple Feast selling an organic vegan wrap with mushrooms and pickled onions.

So while you’re out at Orange Stage enjoying the day’s music, don’t forget to stop by a food stall or two and fuel up between concerts!

Make sure to check out our Roskilde Festival coverage and party with our playlist!