Most of us aren’t feeling too tearful at the prospect of 2017 coming to a close. But, still, there’s room to squeeze in one more night of revelling before we’re completely rid of the last 12 months. And New Year’s Eve is our annual opportunity to kick-start the renewal process, shot in hand. So tear open that new wall calendar and get ready for the same procedure as every year…

Here are some traditions to help celebrate the Danish way:

Queen Margrethe’s speech is a New year’s eve staple; it takes place at 6 pm on the dot with a live TV broadcast beginning the evening’s festivities. Now you can all legitimately begin the drinking without any disapproving looks getting in the way! The speech has been an annual occurrence since the 1880s. And grew in popularity during the Nazi occupation of Denmark when it came to symbolise unity against the occupying German forces.

Queen Margrethe’s speech always has top TV ratings and bookies have even started taking bets on which topics will make it into the final draft. But some things always make the cut; her majesty will without-fail thank the people of Greenland and the Faroe Islands and end on the same three words: “Gud bevare Danmark”.

In Denmark you only have just six days out of the entire year in which to light up your fireworks, so come New Year’s Eve all the pyro-megafans are chomping at the bit and the night tends to be a bit of a free-for-all. Copenhagen’s Rådhuspladsen (the Town Hall Square) is a popular spot to pitch up and host a bring-your-own-fireworks party, and to hell with health and safety! Drunk people and fireworks is an interesting combo, so pack the swim goggles or stay in doors. 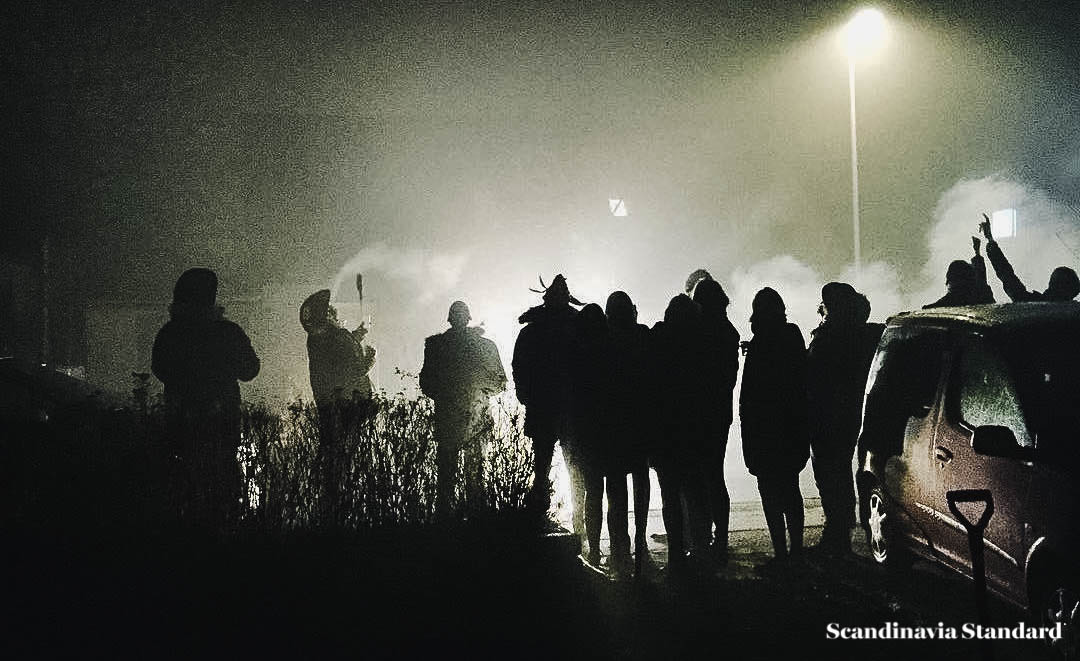 The New Year’s Eve meal is a slightly lighter take on the calorie-heavy Christmas meal; the traditional New Year’s meal is boiled cod, served with home-made mustard sauce and all the extra sides. In some Danish households, the cod forms the first course, followed by a main dish of pork with kale. And if you have any room for dessert (there’s always room right?) a slice of kransekage – constructed from layer-upon-layer of marzipan rings – finishes the meal off. The cake’s towering shape is said to symbolise a cornucopia, promising happiness and wealth for the coming year ahead. 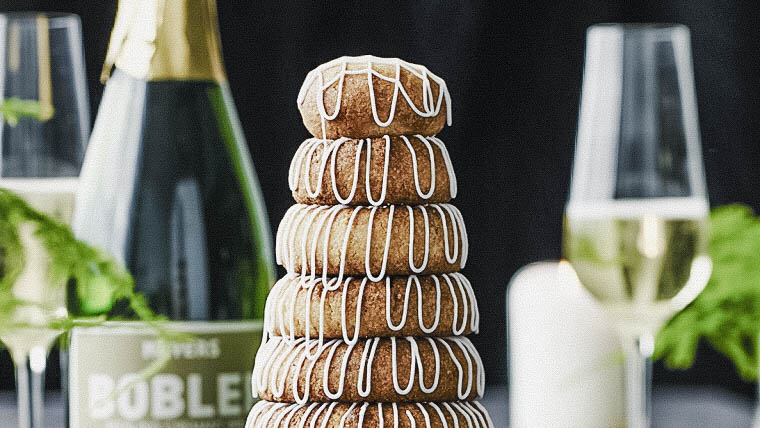 The night would feel incomplete without watching Dinner For One, a black-and-white skit annually broadcast on TV by the Danish national broadcaster DR. The 18-minute short, written by British author Lauri Wylie in the 1920s, has bizarrely become one of the most commonly repeated programs ever, and is loved by both Danes and Germans.

The macabre comedy features Miss Sophie, a lonely blind spinster, and her trusty butler, James, enjoying a New Year’s Eve meal with ‘friends’ Mr Winterbottom, Admiral Von Schneider, Sir Toby and Mr Pommeroy, all of which are played by her faithful servant James – who by the end of the night’s proceedings is well and truly blotto.

Dinner For One has been aired on DR every New Year’s Eve since 1980, becoming much loved by the Danish viewers. And in 1985, when DR foolhardily refused to show it, they received a record-number of complaints, so now they sensibly follow ‘the same procedure as every year’…

Jumping From The Sofa

At the chime of midnight it is tradition for everyone to leap into the new year, so if you’re celebrating the evening inside then this usually means a quick scramble to the highest point in the room, the sofa or a stray chair. Literally jumping into 2017 is meant to defeat any oncoming difficulties or hardships that await in the new year. You all then have a good old sing-along to ‘Vær Velkommen Herrens År (Welcome to the Lord’s New Year).

Most hungover Danes will spend their New Year’s Day in bed downing pints of chocolate milk and watching the new year’s ski jump on TV in Garmisch-Partenkirchen in Germany. We can’t tell you exactly why this is done, but it sounds weirdly enthralling right?