When Christine Hebert moved to Copenhagen in 2014, she was struck by the selection of fish in Danish supermarkets. “I expected there to be a much bigger variety,” Christine recalls. “[There were] only a few types and none of it looked very fresh or appealing.”

Denmark is reliant on coastal fishing. The country, which has one of the longest coastlines in the world, exports billions in fish products annually. But nearly half (41%) of all fishermen have left the industry since 2008 and dozens of fishing hubs have closed over the last two decades, leaving only 30 registered harbors remaining. “That’s a really drastic cut for a country of our size,” adds Nima Tisdall. “We understood that [the problem with the industry] was about the transport.”

Christine and Nima founded their digital platform Blue Lobster in 2018 as a means to connect low-impact fishermen direct to consumers. The mobile application, which officially started commercial sales in the spring of 2019, partners with famed Copenhagen restaurants like Sanchez, Amass, and the Michelin-starred Relæ.

We spoke with Christine Hebert and Nima Tisdall about the Danish fishing industry, their app, and creating a movement around sustainable fishing.

“I don’t have a background in fish in any way, shape, or form,” Nima laughs over our call. Christine pauses thoughtfully, “I don’t think I have any fishermen in my family.” Commercial fishing wasn’t the type of calling either woman expected. 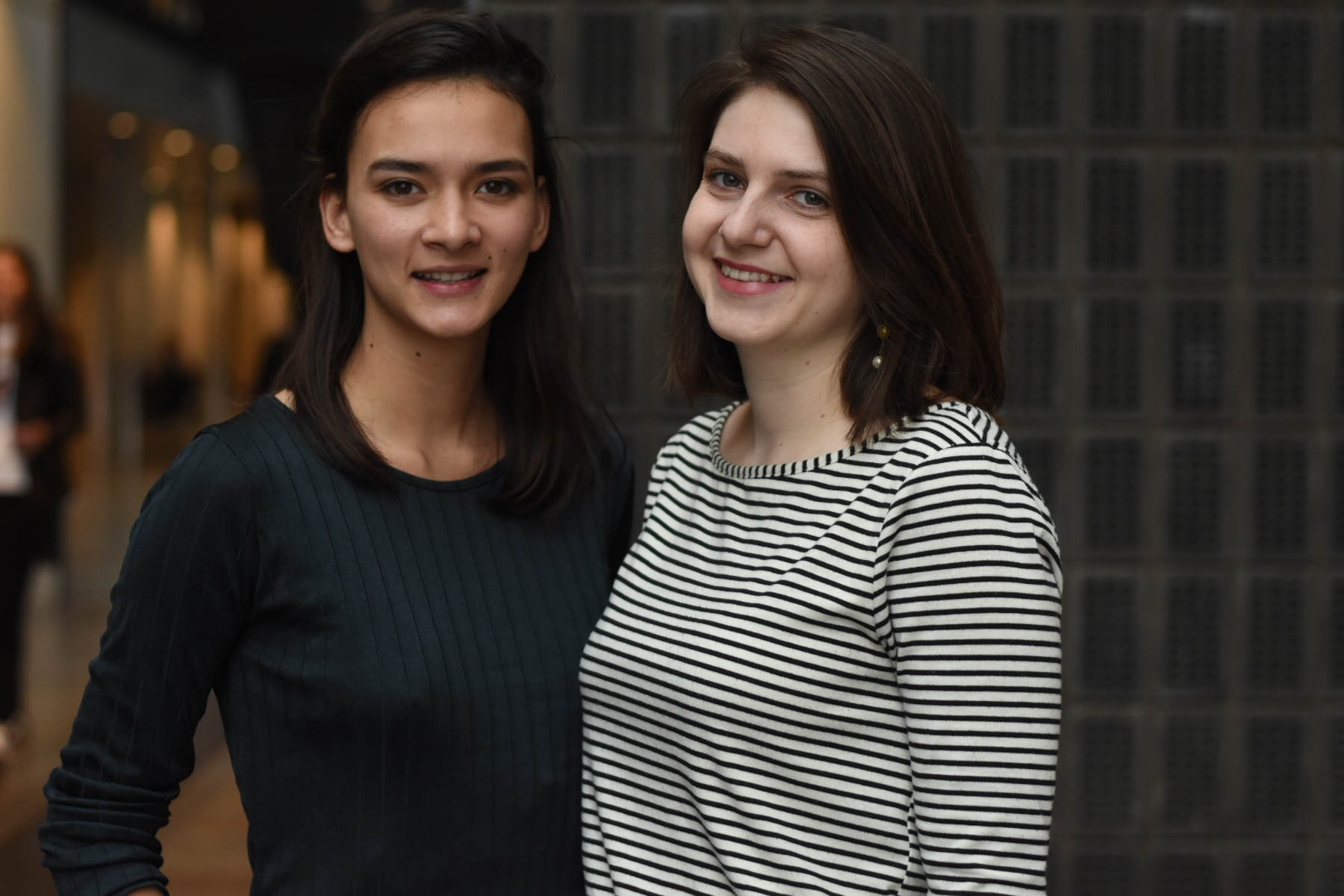 Above: Nima Tisdall and Christine Hebert, Founders of Blue Lobster

Nima is a recent Copenhagen Business School graduate and was named one of the 100 most influential women in Denmark in 2019. Christine, an environmental and natural resource economist, met Nima in 2016 while planning EuroEnviro Copenhagen – a rotating student-led congress on environmental issues. “We became friends. We had that drive – that risk-taking mentality, and we worked really well [together],” Christine explains. “So, when I had the general idea to create a direct-to-consumer marketplace for fish, I brought it to Nima and she was like, ‘Yea! Let’s give it a shot.’”

The pair started off slow, going down to the harbors in Copenhagen and interviewing fishermen as well as seafood wholesalers, restaurateurs, and other industry players. What took shape was a picture of an inefficient logistics supply chain, one that cut into fishermen’s salaries and degraded the quality of the seafood.

Fish caught in Copenhagen is transported across the country, where it sits in an auction house before being repackaged and driven back to Copenhagen for distribution. “We realized that none of the restaurants and none of the fishmongers, who could see the fishermen coming in, were [able to] buy the fish [directly] from the [fishermen],” says Christine. “The industry had basically made it impossible to do so and it wasn’t making the product more valuable, just older and less fresh for the end consumer.”

By linking local fishermen to nearby restaurants, Blue Lobster directly addresses much of the industry’s logistical excess. This ultimately results in only the freshest of fish landing on the chopping blocks of discerning chefs. The company promotes sustainable fishing practices by exclusively partnering with fishermen who adhere to low-impact fishing union requirements like limits on by-catch and the mandatory use of static nets and other low-impact gear. Blue Lobster also ensures fair wages for fishermen by paying auction sale prices for their catch, without the common deductions, widespread in the industry, for packaging or transport.

“It’s the same with coffee and chocolate farmers but people don’t think about it in Denmark because [they think that] Denmark is such a socially just country,” Nima points out. Christine agrees, “the fishermen have a really hard job, and they’re going out in dangerous conditions. [Many have to] take on part-time jobs just to be able to support themselves.”

Currently, Blue Lobster has almost 100 chefs on the app and will be tested in more cities later this year. Christine and Nima are also developing a “Fish Bible” aimed at encouraging Danes to cook more seafood at home and to think seasonally and sustainably when they do so. “It’s a big project,” says Nima. “We’ve challenged a bunch of chefs to make recipes that can be used with different kinds of [local fish] species. We want to improve [Danes’] skills in the kitchen when it comes to fish. Less than 5% of the population even know how to fillet.”

Despite these ambitious plans for the future, the tech start-up is on uncertain footing. The company’s growing success has not gone unnoticed by an archaic trade. “[Nima and I] kind of slid under the radar because people viewed us as these two girls with this little school project. Now we’ve come onto the radar. We’ve started buying more fish and expanding to more customers; the [industrial fishing] industry has started to push back,” notes Christine.

The response hasn’t been subtle. Suppliers have reported being pressured to stop working with Blue Lobster, and fish slated for clients has been removed from the harbor in Copenhagen multiple times. Accounts from local fishermen seem to indicate that the industry also intends to punish them directly for the partnership. Christine and Nima have received word that fishermen are being systematically paid less by other vendors in retaliation.

Nima reflects for a moment: “The team has this kind of collective feeling that if we don’t [make it] it’s because the fishing industry has managed to mobilize against us. We’re giving it everything we have, so if that’s the case, hopefully we’ve created a movement that someone else will continue.”

How to support Blue Lobster:

You can find the team behind Blue Lobster selling restaurant-quality, local catches at Copenhagen farmer markets like Grønt Marked or every Saturday at BaneGaarden in Sydhavnen.