Stefanos Yowhannes, an enigmatic new voice on the Norwegian music scene, refuses to let his music be forced into a box. His first EP, titled Neo Noir, is a musical gem with songs that travel in all directions: from punchy pop to soft piano, all accompanied by his charismatic voice.

We met up with the singer originally from Stavanger, and now based in Oslo, Norway, to talk about film, his years in Amsterdam, and his love for museums. And his music, of course.

Read our interview with Norwegian musician and songwriter Stefanos Yowhannes:

Tell us about yourself! Who is Stefanos Yowhannes?

I am a 25 year old guy from Stavanger who makes music! I’ve only gotten into this process more seriously the past two and a half years. My passion has always been listening to music.

I have these early memories, from when I was seven or eight years old, of watching a couple of movies that had musical elements in them. I loved it. I remember asking my mom to the tape parts of the films where there were songs or performances, and then I would just rewatch those parts over and over again. So now I’m trying to create sounds and soundscapes that really capture those feelings in the body that can’t necessarily be described with words.

What music inspires you?

I enjoy a variety of genres. Early on, I was drawn to hip hop and rap music, and especially music from the African American scene in the US because I could easily identify with that spirit. Now I feel like I’ve been drawn a bit more towards the alternative, experimental, and indie music scenes, and I really enjoy music that is pushing boundaries. But at my core, I’ve always enjoyed hip hop, rap, and soul.

Growing up, I also listened to Norwegian rap, especially a duo called Karpe. I remember getting one of their CDs for Christmas when I was ten or eleven. They have always been an influence on me; they somehow still find their way into my playlists!

I’ve also always been around a lot of Eritrean music. I haven’t necessarily listened to it actively, but when I’ve been to weddings and celebrations, and sometimes when my mom had visitors over when I was little, there would be music playing in the background. So it’s like I’ve subconsciously been taking it all in, which is kind of cool.

Aside from musical inspirations, is there anything else that inspires you?

Recently, I’ve really gotten into literature and film. Those two ways of storytelling inspire me to figure out how I’m going to tell my story through music. Watching film inspires me in terms of camera angles and the types of shots used to create a specific feeling.

I’ve also started to read more. You might think it’s easy to compose a few sentences and then make them into lyrics, but with songwriting you second-guess everything. So when I read, I get inspired by seeing how simple sentences and words can be used to describe a place or scene. It makes me realize I shouldn’t overthink and just let the writing flow a little bit more.

You spent a couple of years in Amsterdam. What were you up to there?

I was studying communication science for a year, and then I changed to European studies, focusing on European culture and museum studies. It was amazing how motivated I became when I found elements of academia that I was actually good at, not just passing or barely getting by, which can be really demotivating. It was a breath of fresh air when I finally understood that my academic abilities really came through when I studied something that I found genuinely interesting.

I ended up doing museum studies. If I wasn’t making music, I would love to be working with or around museums in some way. And it’s going to sound like a cliché but I of course also learned a lot about myself those years, and I think I grew up quite a bit. I feel like I was a really immature person when I moved there haha.

I also started to play in a band called “Botanic” with a couple of my mates. It was a really nice experience and opened my eyes to different types of music. It was a steep learning curve; when you’re with five people trying to write music together, you really learn how to compromise. Sometimes it was tough to find sounds that we were all happy with, but I mean, they’re my best friends, so we had such a great time doing it.

They gave me the biggest boost of my life in terms of pursuing music. At first, I didn’t want to join the band because I thought I wasn’t good enough. But they kept on pushing me until I agreed.

So thanks to them, and the experience of gigging at these weird, cool places in Amsterdam, I’ve been able to let go of some of my fears of judgement. 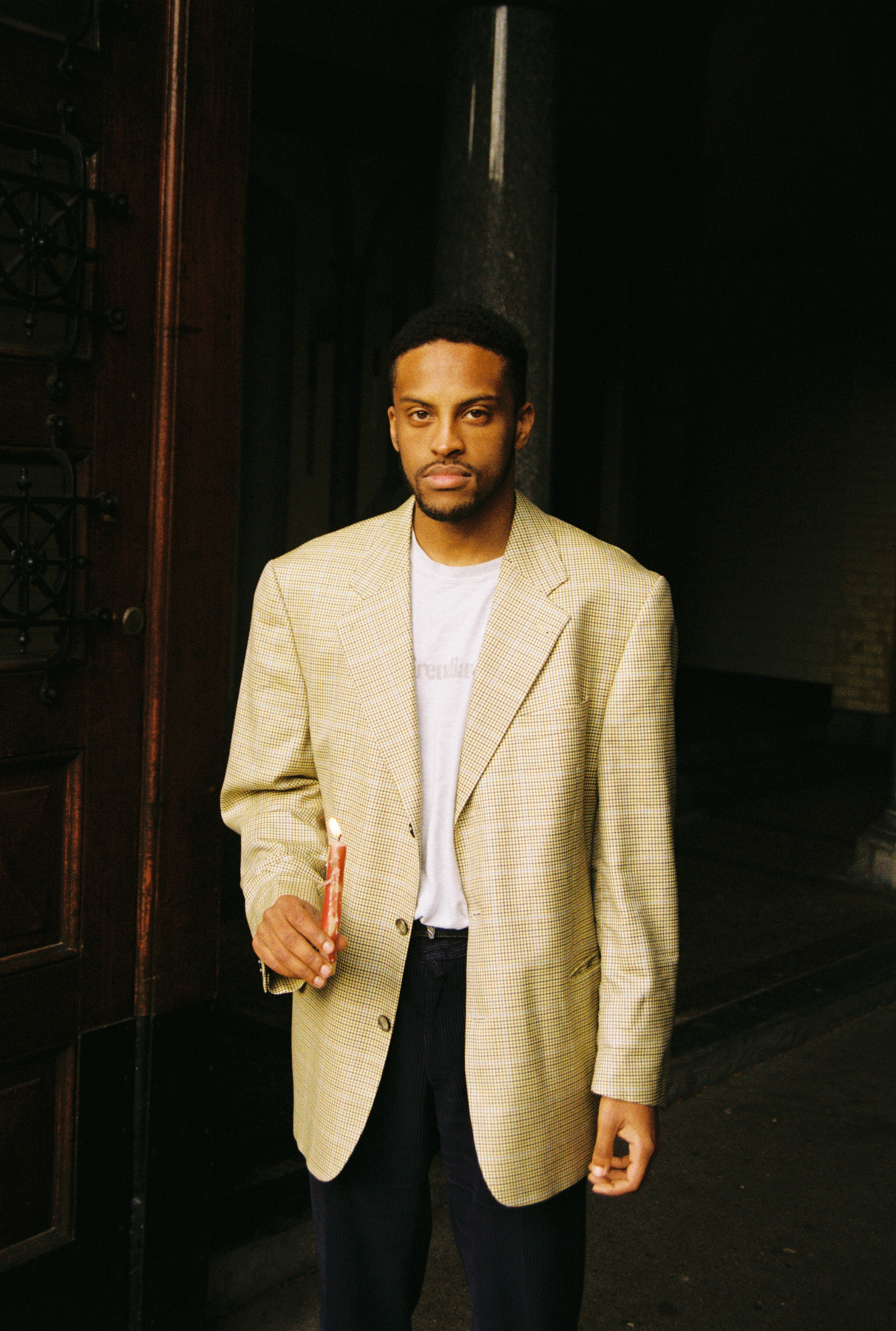 Your first EP as a solo artist, Neo Noir, is coming out in March. Can you tell me a bit more about that?

The EP is my first step into a world that I hadn’t been comfortable with before. It’s produced by Lokoy, who I met through mutual friends. We just started passing beats and vocals to each other and had a few sessions, which led to more sessions, and now we’ve ended up with these songs that we’re ready to release.

The name of the EP has several meanings. It signifies my newly found love for film and the fact that some of my favorite films are in the neo-noir genre. It’s a genre that explores alienation, blurred lines between good and bad, and the play between light and darkness. I also explore these ideas in the EP, especially on the track “Blinded.”

The title’s second meaning represents my own growth and the exploration of my identity through wordplay. “Neo” in this sense is a more mature me searching for answers from the past, while “noir” is the awareness of who I am as a Black person in Europe today.

In a way, “Neo Noir” is an ode to myself. I’m saying that I belong in the music space and that I’m allowed to be who I am without labels. The EP has five songs that are not similar to each other at all. I want to keep the listener on their toes. I really hate being boxed in or being told what I should sound like. I’m happy this EP has been made in an organic way. I’m really proud of it.

We know planning and dreaming about a corona-free future practically feels a bit far away, but what are your hopes and dreams for 2021?

Honestly, it’s just to do more. I’d love to do live shows if that’s possible; work more and produce more, and maybe become a bit more musical. I want to keep learning. I also want to work on myself, and find the person within that really just wants to create music and not necessarily stress about everything else. Of course I dream about my music becoming popular, but at the same time I have patience.

See more Scandinavian music, including the best artists of 2021, the best female artists, and more of our Live from… series.