Want the best Scandinavian music? Well then you’ll be hearing a lot of female Scandinavian singers, songwriters, and musicians. There’s lots to love about Scandinavia, but one of the things we love most is its ongoing steps towards gender equality. While there’s still so much work to be done, both on policy and social levels, it’s also important to appreciate the ways in which opportunities for women continue to increase in the region.

This doesn’t just mean positions in the boardroom or in government; it’s about cultural representation as well. Female musicians, and particularly women of color, are hugely important to the Scandinavian music scene. They’re producing some of the most badass, political, cool, and danceable music around. If that isn’t a reason to crank up the tunes, we don’t know what is!

Celebrate the music of Scandinavian female singers and musicians who rock with our playlist: 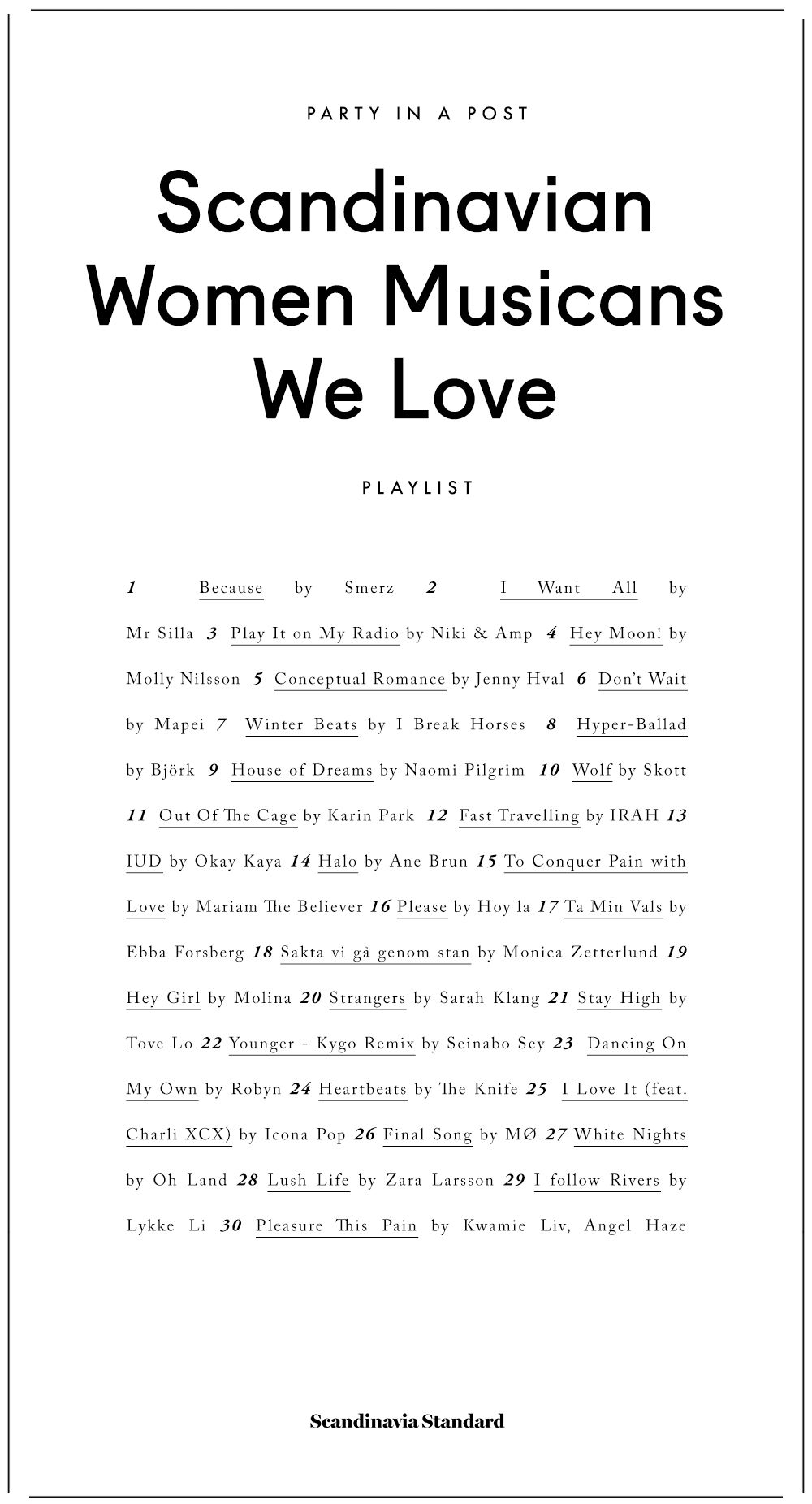 See more on Scandinavian women, such as Danish and Swedish designers!