Objectively speaking, all foods are better when made in a Dexter’s Laboratory-like setting. So it was with great excitement that we visited Istid, Copenhagen’s first liquid nitrogen ice cream shop.

It’s located in a small, basement level storefront on Jægersborggade, a beloved Nørrebro street lined with everything from excellent food to superb coffee to cacti. 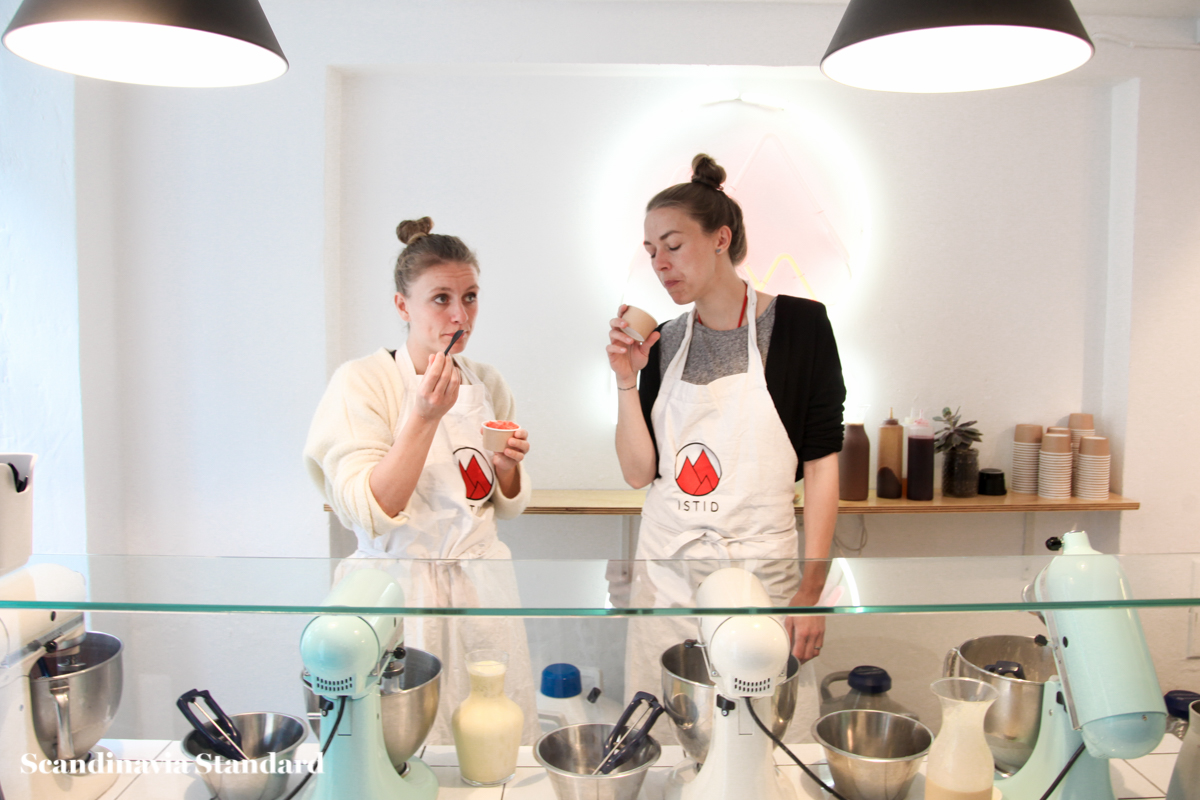 The women studied together, then became colleagues at the Foundation for Entrepreneurship. They occasionally discussed wanting to start their own businesses. “We were collecting ideas, ” Anniken says, “But we weren’t ready yet.”

During a holiday in 2012, Anniken went to San Francisco and stumbled across Smitten, a liquid nitrogen ice cream parlour that now has multiple locations around California.

“I was really impressed,” Anniken tells me, “and it kind of stayed at the back of my mind.”

Cut to nearly two years later: in May of 2014 Nina and Anniken had a major meeting. They were feeling limited in their jobs and knew that now was the time to move on. Nina says, “We wanted to really go through what was possible. Ice cream wasn’t the only idea we had, but after spending a day discussing and workshopping, it was the one that stuck. We just kept coming back to it. ”

Within a month, they had both come to the same conclusion. “We said, ‘fuck it, let’s do it!'” Anniken laughs. So like the slightly mad scientists they are, the women began reaching out to potential clients all over Denmark. “We were telling them that we make the best ice cream in Denmark. Actually, we hadn’t made anything yet. We knew how to do it and that was about it.”

Amazingly, the strategy worked. Istid booked multiple festivals and markets that summer, including Trailerpark Festival and Copenhagen Street Food, where they made ice cream cocktails on weekends. As their first event approached, they wondered how it would go down. Anniken remembers, “We were making ice cream at night in the rain. One of us was mixing, the other was pouring liquid nitrogen. We were both shaking. And people loved it! They kept coming back for more and asking us about it. We figured if we could do that, we could make this work as a business.” 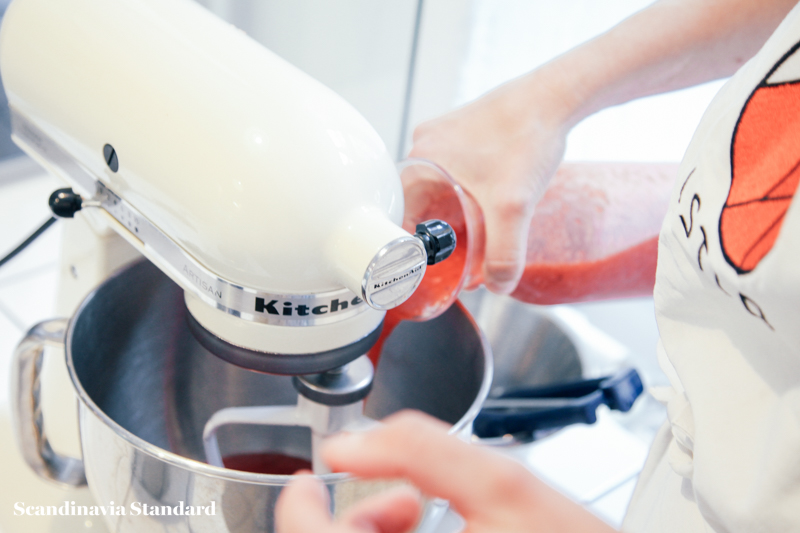 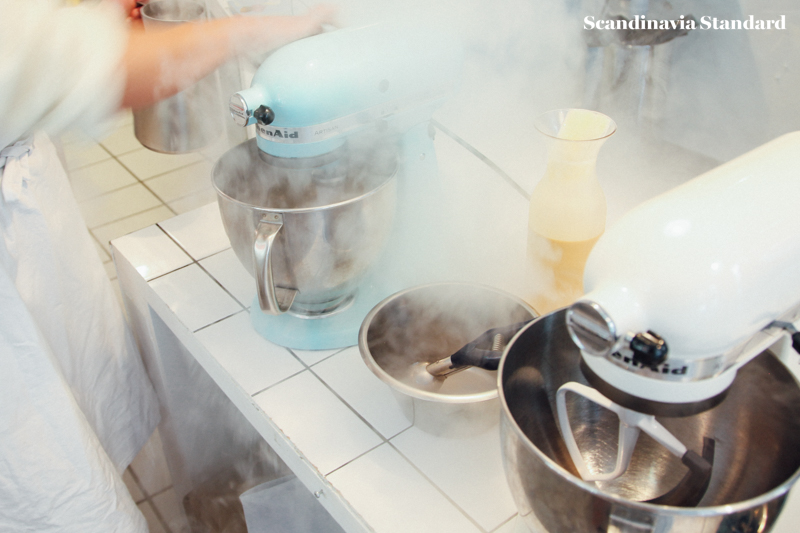 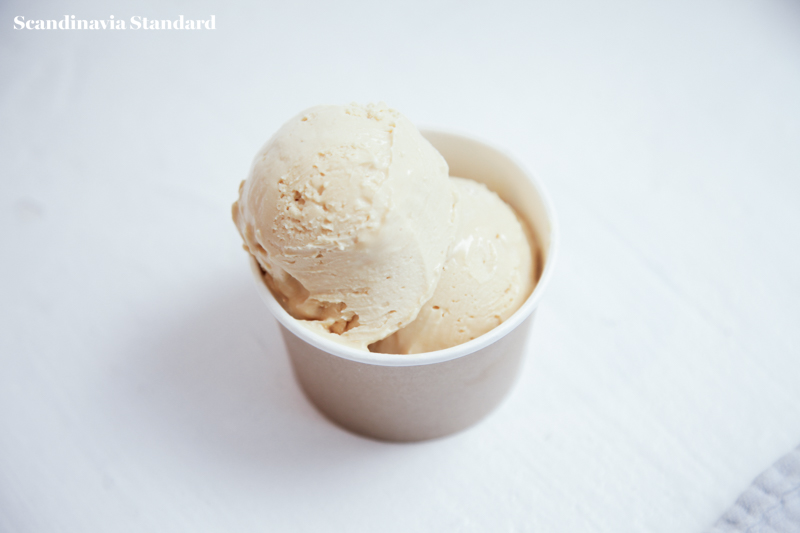 After a crazy, successful summer and autumn developing Istid on the weekends and continuing to work full-time at their jobs, Nina and Anniken realised they had a choice to make. “We couldn’t keep doing this just on the weekends. It was either go all-in, or stop.” The women gave themselves the month of December to think it over.

Given that this article is about the shop itself, you can guess what they ultimately decided. When they met up again in January 2015, they were both clear: Istid was the priority. So they quit their jobs and, after a short search, signed the lease for the storefront on Jægersborggade by mid-February.

As part of their launch strategy, Nina and Anniken held a Kickstarter campaign. This not only brought in a sizeable amount of money with to jump-start the business, but also grew a community around their idea. The campaign was a success and, added to their personal investments, allowed them to open the shop with confidence.

They’ve also been refining the recipes and consulting with professors at the University of Copenhagen to find out more about the scientific process behind liquid nitrogen, leading to some of the best ice cream I’ve ever had. Salted caramel with roasted almonds, sea salt & rosemary topping? Are you kidding me? 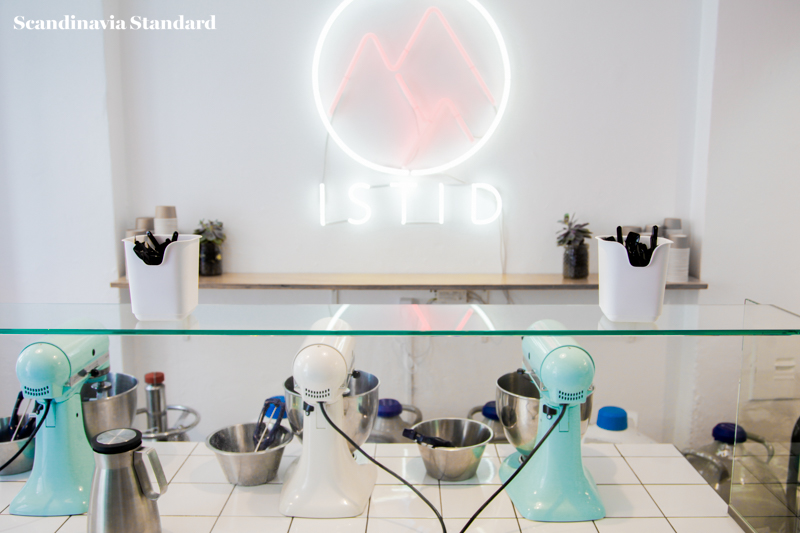 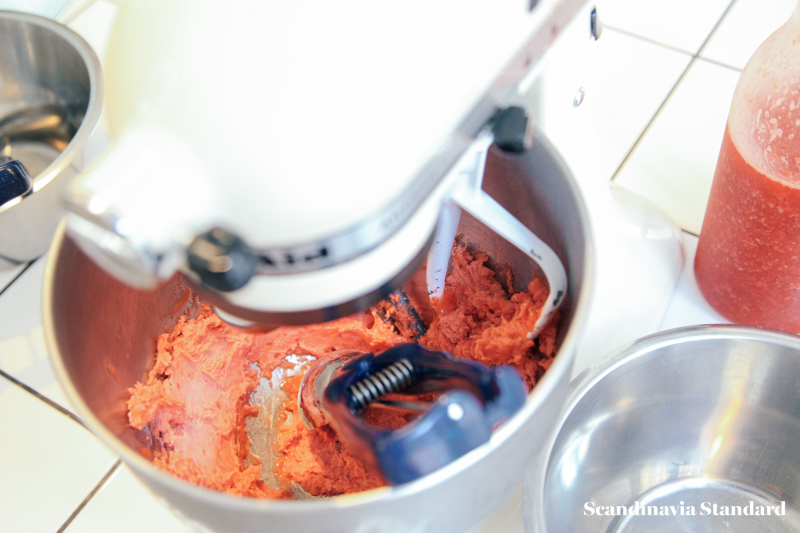 It’s been onward and upward since their start, but of course there are concerns about ice cream sales in a place like Denmark. Though they haven’t yet decided on a direction, there are a few ideas in the works. “We know we can’t serve only ice cream through the winter,” Nina explains, “so we need to change the format during winter. Of course there will always be ice cream, but we need more.”

You guys, shit needs to happen. That’s about the best summation of starting a business that I can think of, so I’m just going to leave that there. 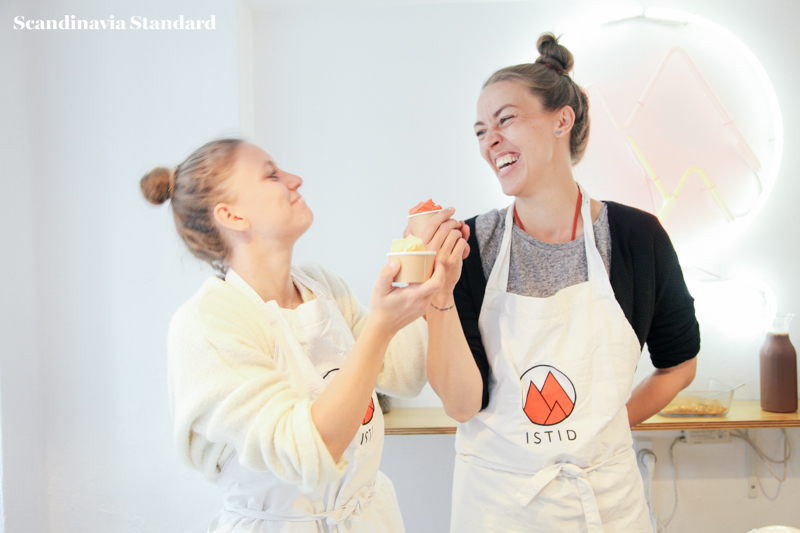 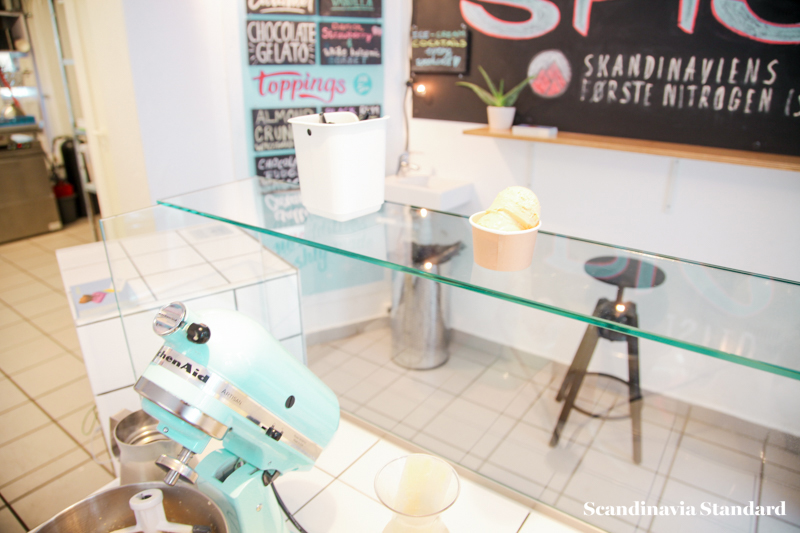 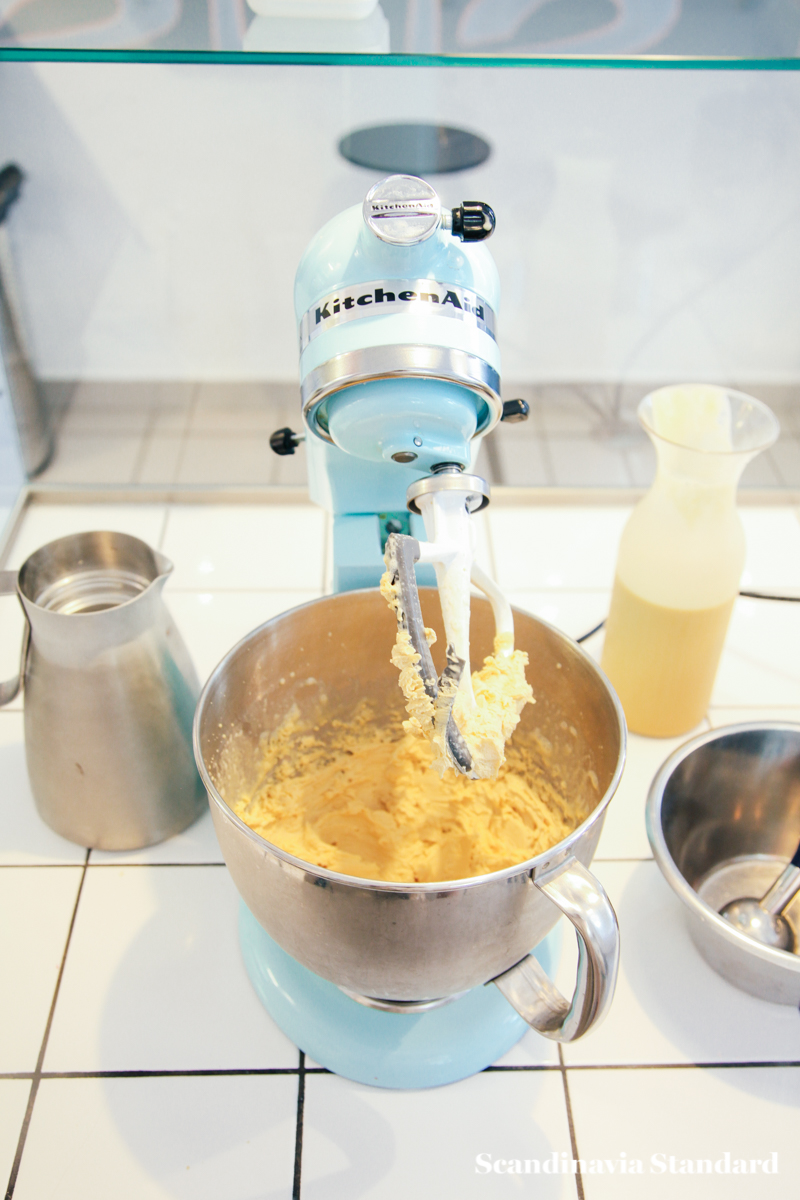 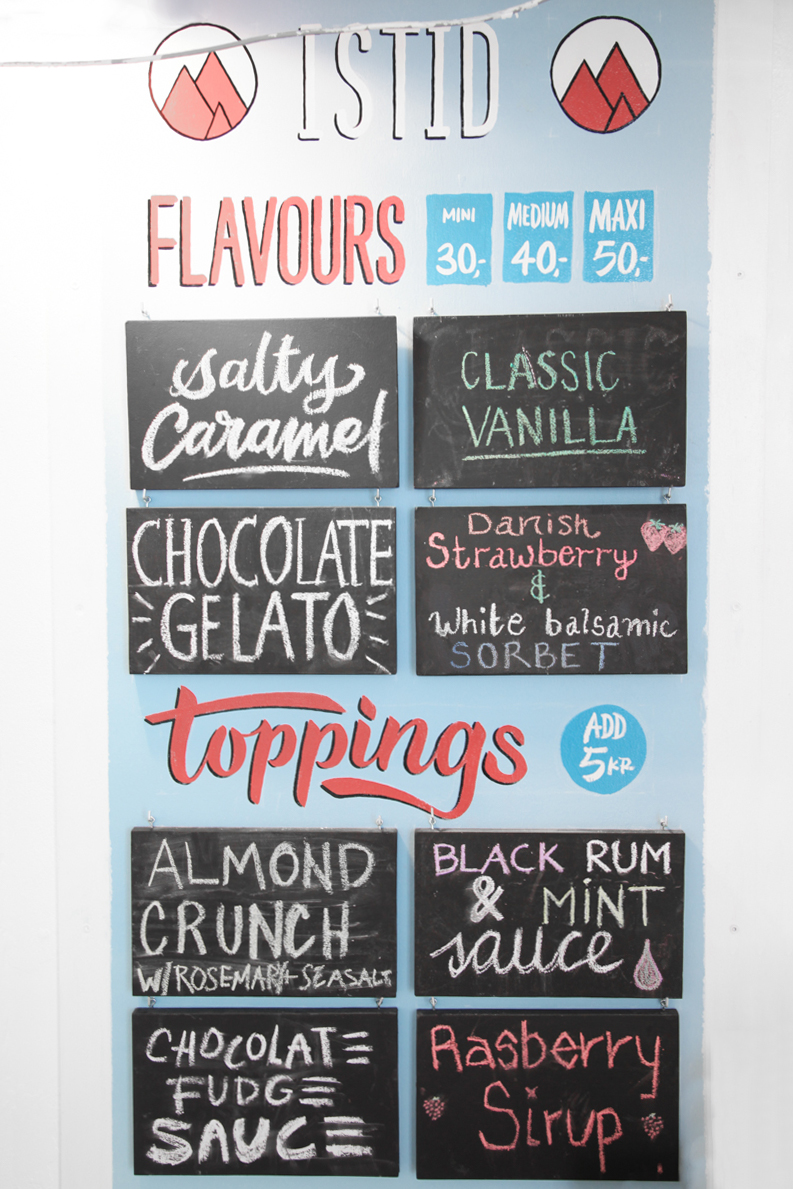 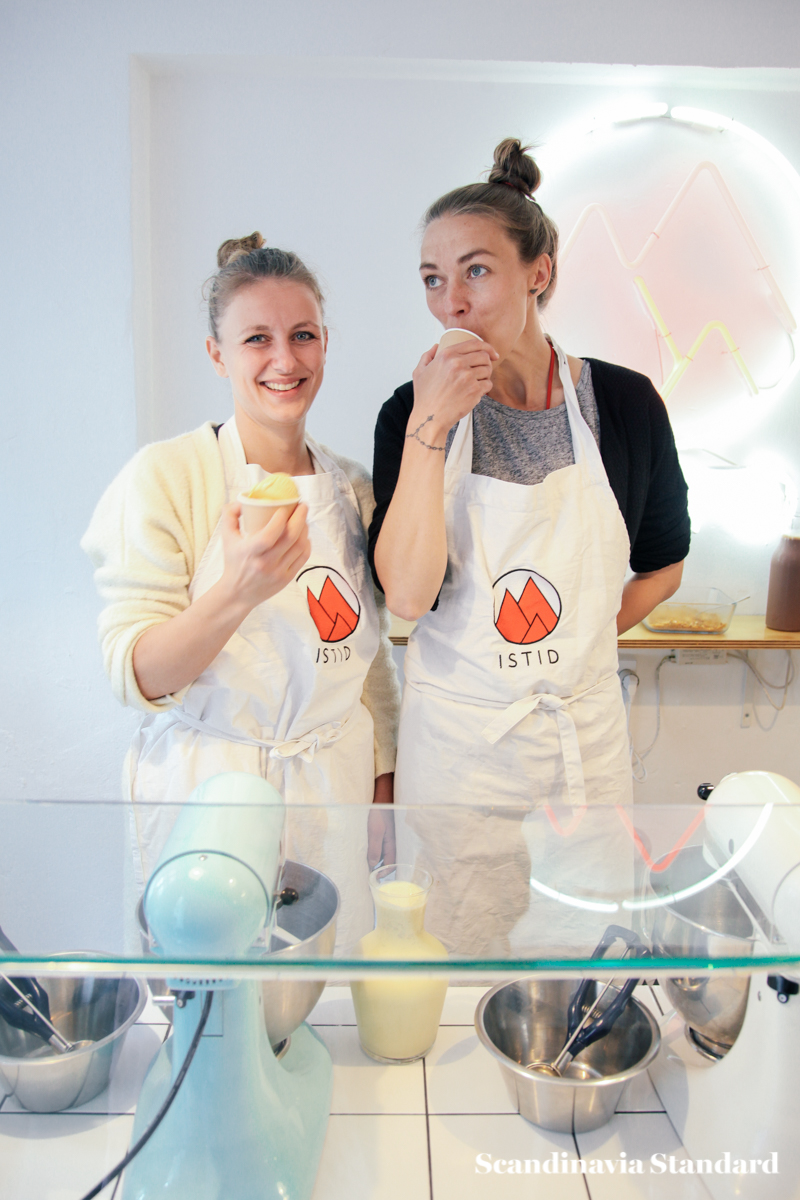