Norwegian coffee is really, really good. Not like “in my personal opinion” good, but award-winning good. Compared to its Nordic neighbors, who are living in the future with iced coffee and bean subscription services, coffee arrived a bit late to Norway, but over the past two decades, the country has earned international acclaim over it’s coffee culture.

How, you may ask, did Norway become a capital of coffee culture? To answer, here’s our guide to Norwegian coffee culture, plus where to find the best cup of coffee in Oslo:

A brief history of coffee in Norway

Coffee first arrived in Norway in the 1690s, but it would take another hundred or so years before the drink would become mainstream. Thanks to a few factors – like favorable trade with Denmark, a period of prohibition, and heavy taxation on alcohol that still persists to this day, coffee became the Norwegian social beverage of choice. By the late 1800s, it was being brewed across the country.

Norway’s coffee culture in the 19th century was focused on quantity, not quality, however. In fact, today, we would consider this coffee of yore virtually undrinkable. This trend was something that the Norwegian folklorist and naturalist Peter Christen Asbjørnsen set out to change with his work Om Kaffeen: Dens Nytte, Værd, Rette Behandling og Forfalskning.

In his groundbreaking guide, printed in 1861, Asbjørnsen explained how to prepare coffee that could actually be enjoyed. The book inspired Norwegians to start experimenting with the drink and the famous kokekaffe was born in Norway.

How do Norwegians drink coffee and what is kokekaffe?

The traditional way to prepare a cup of Norwegian coffee is called kokekaffe, or literally ‘boiled coffee.’ It’s a simple art that starts by bringing water to a boil, then adding ground coffee and letting it steep for around four minutes. The final product is a slightly cooled cup of a light brew that’s more aromatic and complex than those from darker roasted beans. This technique also befits single-origin coffees, as it accentuates fruitier flavors and reveals any flaws in the beans.

Before getting into Oslo’s best coffee spots, it would be remiss not to mention the World Barista Championships (WBC). The espresso competition started in Oslo in 1998 with the intention of allowing baristas to compete as chefs would in the culinary world. The event is now held annually all over the world. Plenty of Norwegian baristas are, of course, among the past winners.

The best coffee shops in Oslo

Looking to grab a cup of some of Norway’s finest? Head to one of these Oslo coffee shops!

No trip to Oslo would be complete without a visit to the famous Norwegian micro-roaster. World Barista Champion (2004) and World Cup Tasters Champion (2005), Tim Wendelboe is largely credited with putting Norway’s kokekaffe on the map. His eponymous coffee bar, micro-roastery, and training center spares no expense; it even has custom ceramics crafted for each roast.

This charming coffee shop has a serious cult following, and with good reason; it’s been serving meticulously brewed espressos for over two decades. The roaster behind Java Kaffebar is the Norwegian former, and first, World Barista Champion Robert William Thoresen. Java only carries KAFFA Oslo coffee beans, from Thoresen’s micro-roastery, as does its sister café Mocca Oslo Kaffebar.

Java is next to St. Hanshaugen Park, one of Oslo’s largest green spaces. If the weather is nice, why not have a cup and a stroll?

This chain of coffee and tea shops has a long history. The first one, originally called Den Danske Kaffeforretning (The Danish Coffee Shop), dates back to 1895. In 1913, Astri Stockfleth took over the small company and quickly grew it into Oslo’s premier shop for coffee and tea. It took another couple of decades before Stockfleths would bear her name, which is now synonymous with fine Norwegian brews.

Stockfleths has eleven locations across Oslo, and Lille Gransen is the oldest, and initial, Stockfleths shop. Many of Norway’s famous baristas have gotten their start there, including Tim Wendelboe. 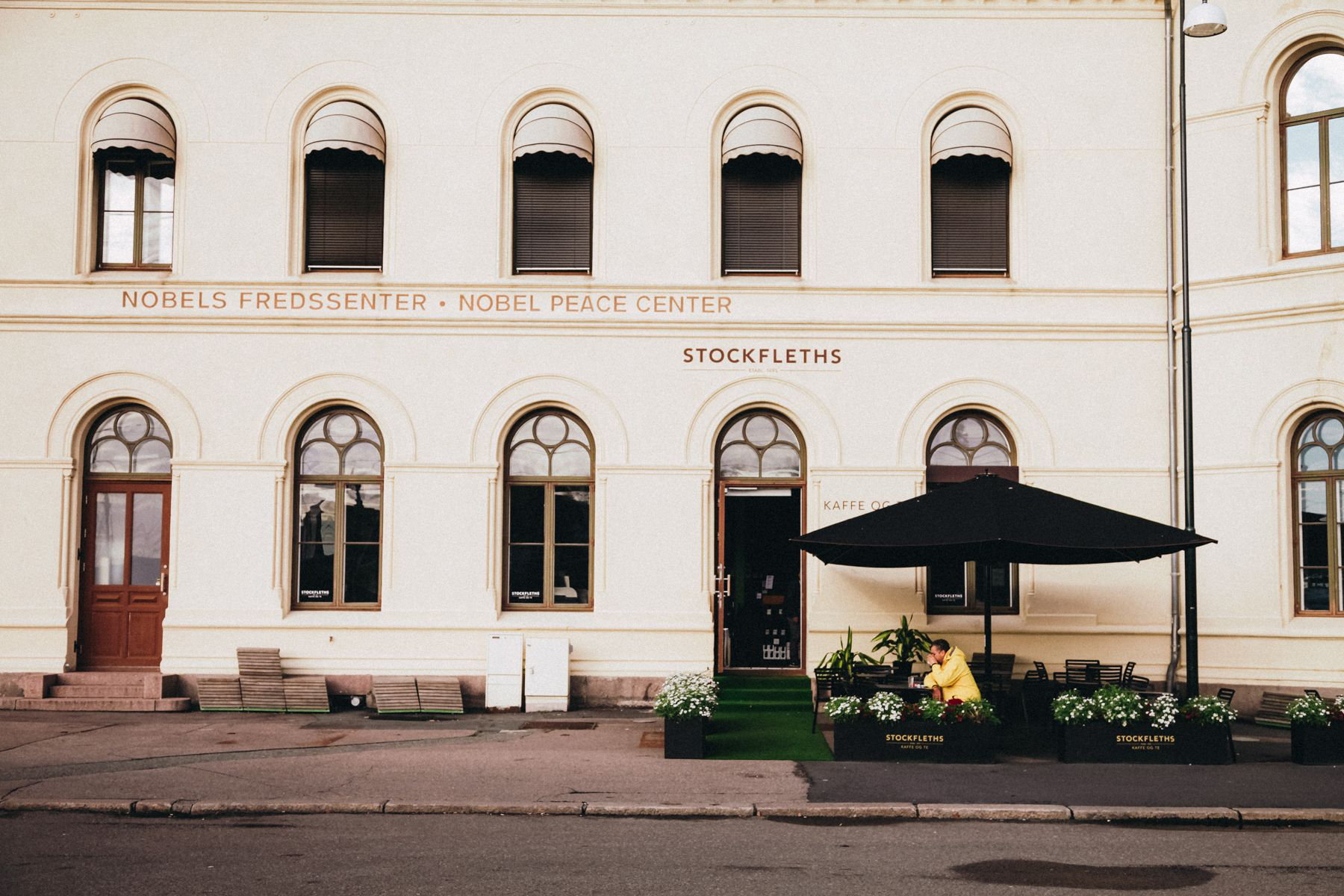 This unassuming neighborhood coffee spot was started by the award-winning barista, Odd-Steinar Tøllefsenis, and two partners in 2013. Supreme Roastworks is known for its natural coffees and friendly atmosphere. Oh, and Tøllefsenis hand-pours each cup!

Hendrix Ibsen was the first in Norway to serve nitro cold brew coffee, which you can enjoy while perusing their extensive collection of vinyl records. They also host regular events like concerts, poetry readings, art exhibitions, and improv theater. The café is nestled in Vulkan – a former industrial area turned eco-friendly, culture, and foodie hub.