From painting them bright colors, hunting them down, or just devouring them on the spot, eggs in all their forms are as much a part of Easter as roast lamb or a Sunday service. But how did something secular become such a fixture of a religious holiday?

Eggs were particularly prized at Easter because before industrial farming, hens laid few to no eggs over winter. Egg production is dependent on light and given the lack of sunlight in winter, egg production would become stagnant. When spring arrived, the hens began to lay eggs again. Eggs were so highly valued that they were even used as a partial payment of salaries for pastors, parish clerks and servants.

Learn all about the history and origin of the Easter egg tradition, from decorative to chocolate:

Where did Easter eggs come from?

You’d be forgiven for thinking that Easter eggs came from chickens. Forgiven, but still wrong. Easter eggs are actually the product of the Easter bunny, a mythical creature who delivers eggs to children. The modern-day rabbit comes from the 17th-century folkloric Osterhase, a German egg-laying hare.

In Denmark until the 1920s, the tradition was only embraced in Jutland and on the island of Langeland. Today across Scandinavia, the Easter Bunny brings chocolate eggs and hides them in the garden for children to find on Easter Sunday.

The significance of the rabbit at Easter is closely connected to its historical use as a symbol of fertility – Easter falls in spring, a time of rebirth and new life as flowers start to bloom and baby animals are born.

Pagan festivals celebrating spring have long used this ancient symbol of new life. The spring equinox marks the day when light is equal to darkness and will continue to grow. It’s a period to celebrate renewal, with eggs and hares taking center stage as symbols for the season.

Not to be outdone by a rabbit, the church offers a few suggestions of its own for the relevance of eggs during a religious holiday: they symbolize Jesus’ resurrection. The hard shell is the tomb and the baby chick inside is Jesus. This is a particularly compelling explanation when you take Easter egg rolling – a traditional game of rolling eggs down a grassy hill – into account. Supposedly this represents the tombstone rolling away to reveal Jesus’ empty tomb (he’s behind you!).

Alongside egg rolling, Easter egg hunts are a popular activity for Easter Sunday. Smaller eggs, often wrapped in colorful foil, are hidden in gardens and parks for children to (hopefully) find. 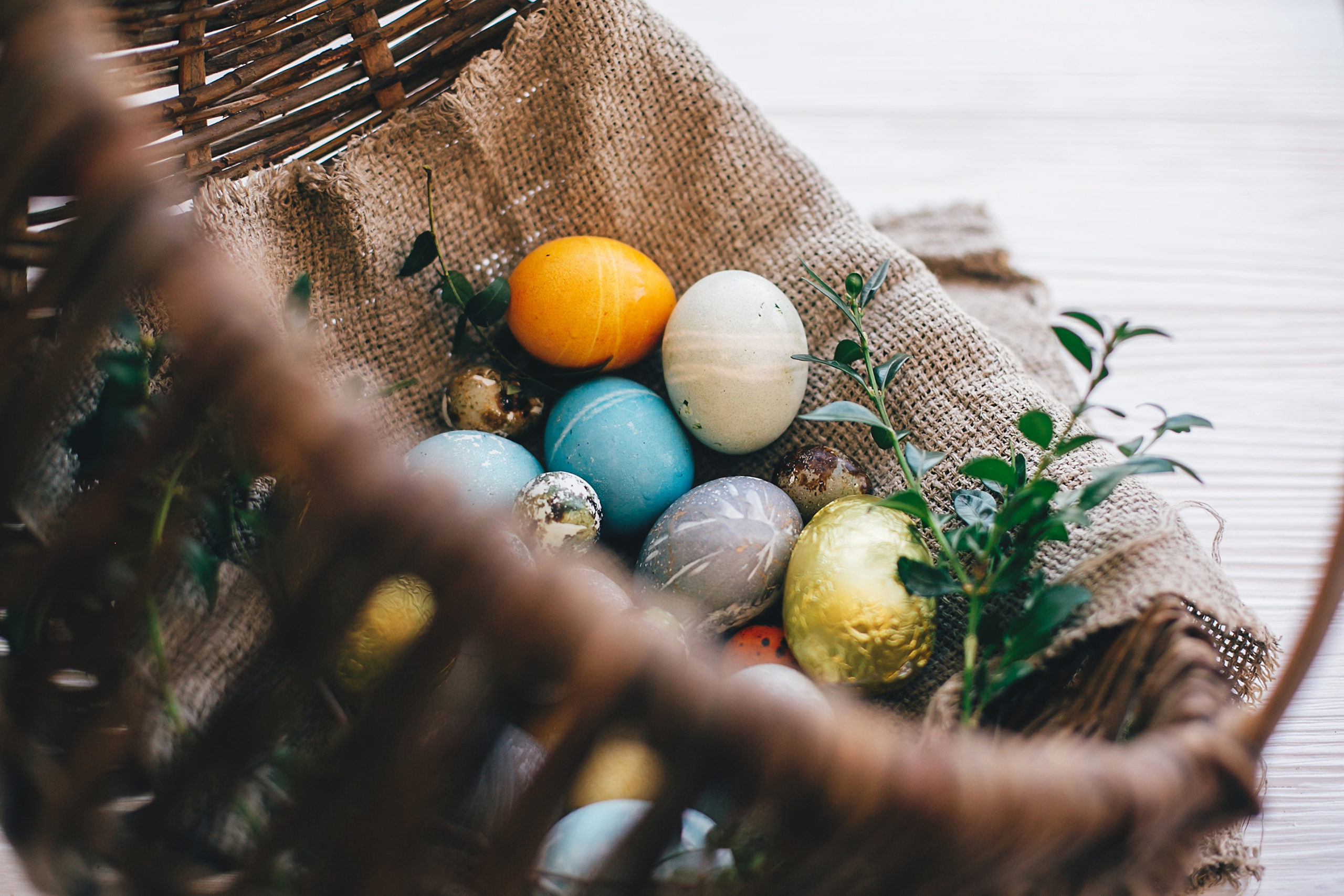 Delivered by bunnies, a symbol of rebirth, or a metaphor for a tombstone – why are they made out of chocolate?

The modern chocolate Easter egg was first made by Cadbury’s in 1875, two years after the first chocolate egg was ideated by J.S. Fry & Sons of England.

Their production was made in part by the advancement of separating cocoa butter from cocoa beans, as this enabled eating chocolate that could be molded into shapes – like eggs. Why an egg, however, remains unclear. Most likely John Cadbury saw an opportunity to capitalize on the popularity of decorative eggs at Easter by making them edible. 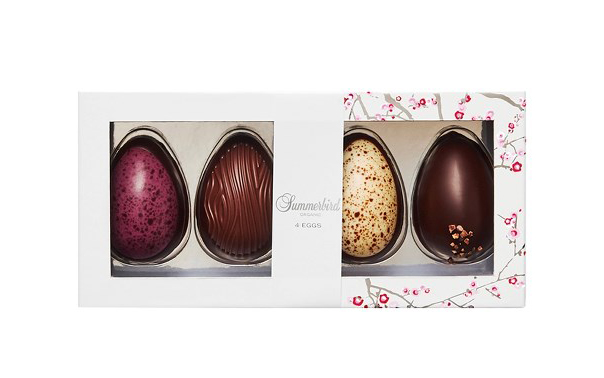 The practice of decorating eggshells itself is quite ancient, with decorated, engraved ostrich eggs found in Africa that are 60,000 years old. Representations of ostrich eggs in gold and silver were often placed in graves of the ancient Sumerians and Egyptians.

As an Easter tradition, decorative eggs date back as far as the 13th century. Due to their ancient history and symbolism, many cultures have their own tradition of egg decoration.

In Christianity, it’s believed that eggs were formerly a forbidden food during the Lenten season, so people would paint and decorate them to mark the end of the period of penance and fasting. Early Christians in Mesopotamia dyed eggs red to mimic the blood that Christ shed during his crucifixion. The church continued these traditions, as decorations become more elaborate and the eggs would often be given as gifts.

Egg-shaped toys for children at Easter began to be manufactured in the 17th and 18th centuries. The Victorians gave cardboard and satin covered eggs at Easter, filled with gifts and chocolates. Though the MVP of Easter gifts goes to the priceless jeweled creations of Carl Fabergé, made during the 19th century for the Russian Czar and Czarina.

Eggs are still decorated today, as they’re a fun activity to do with children. Blowing eggs then painting or dying the intact shells is the most common method.

Chocolate and decorative eggs are still popular across Scandinavia at Easter, though the period is mostly focused on celebrating the start of spring and less about religion. Eggs are used to decorate tables for Easter lunch and trees or branches indoors, a tradition that originates from Germany. Many danish children grow cress from eggs.

Marzipan eggs are popular in Denmark, while Swedes give Easter eggs filled with candy, mostly to kids who go from door to door dressed up as witches.