More than a decade after it began, the New Nordic culinary movement is still going strong, and there’s a whole new crop of mouthwatering cookbooks to prove it. From Nordic coffee rituals to slow fermentation baking and visual storytelling, you’ll want these Scandinavian cookbooks to line your bookshelves.

No list of Scandinavian cookbooks would be legitimate without this tome: the bible of Danish cooking by the godfather of New Nordic, Claus Meyer. Meyer’s title regarding New Nordic is a little misleading though, because much of his cooking is actually very traditional. This book is just that – all the recipes you’d want to know to create a full table of Danish delights, from baked goods to herring to bolle i karry. No pictures, just step-by-step instructions.

All the Stuff We Cooked

All the Stuff We Cooked is the first cookbook from restauranteur and chef Frederik Bille Brahe. The Masanao Hirayama designed pages contain 44 simple but thought fun dishes from the kitchen of Atelier September, Apollo Bar, and Kafeteria, but also from Brahe’s own home, all documented and conceived during Copenhagen’s COVID-19 lockdown. All proceeds from All the Stuff We Cooked will be donated to ROAR (Relief Opportunities for All Restaurants), a New York organisation working to secure relief for restaurant workers and helping to reopen or restructure businesses during and after the COVID-19 crisis.⁠ 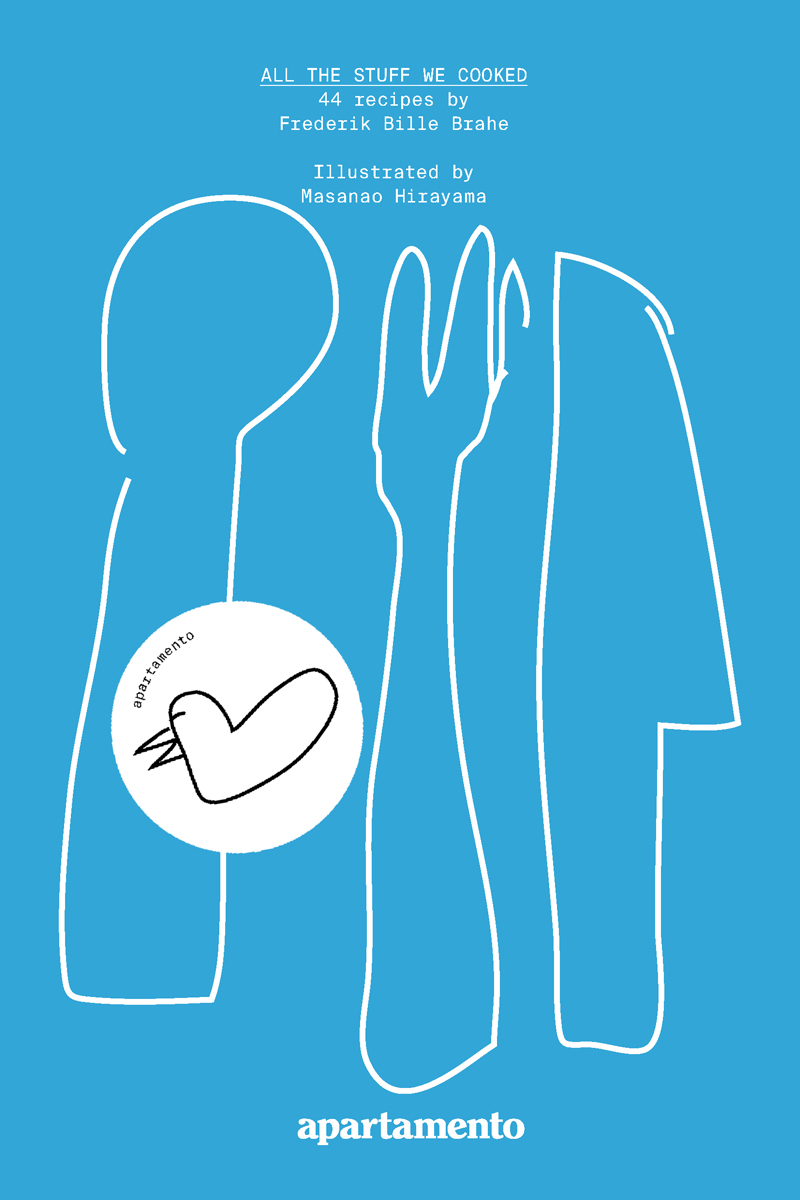 All the Stuff We Cooked by Frederik Bille Brahe, €20

Magnus Nilsson, the Swedish chef behind Faviken, has put together 700 recipes from across the Nordic region including the Faroe Islands, Greenland, and Finland. The recipes run from traditional and well-known to weird and lesser-known. Nilsson takes the reader through how to create each recipe in an accessible way, organizing the recipes by food type for ease. It’s a big, beautiful cookbook full of great information that’s actually useable.

The Nordic Cookbook by Magnus Nilsson, €61

Channeling the Swedish concept of lagom (“lah-gom”) – which means “just the right amount” in Swedish – The Swedish Art of Eating Harmoniously offers a peek into Swedish living. With gluten-free recipes like savory buckwheat pancakes and minimalist photos, this cookbook will inspire you to embrace indulgent moderation.

Lagom: The Swedish Art of Eating Harmoniously by Steffi Knowles-Dellner, €15

The debut cookbook of Gunnar Gíslason, the chef behind Reykjavík’s Michelin-star restaurant Dill, documents contemporary Icelandic culinary traditions through photos, recipes and personal stories. Gíslason’s dishes reflect the uniqueness of the country’s flora and fauna, and are a true celebration of Iceland’s food culture.

North Wild Kitchen: Home Cooking from the Heart of Norway

This beautiful cookbook photographed and written by food blogger Nevada Berg garnered critical acclaim shortly after its release. The cookbook tells a visual story of Norwegian culinary traditions with each chapter centred on a different element of local food culture. The recipes range from smoked trout mousse to cinnamon buns, and demonstrate that Norway is a culinary force within the New Nordic movement. 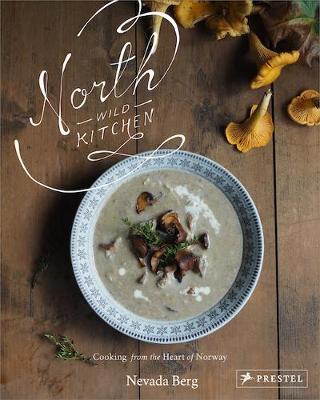 North Wild Kitchen: Home Cooking from the Heart of Norway by Nevada Berg, €30

Fika: The Art of the Swedish Coffee Break

Fika is more than the tradition of having a midday coffee; it’s a Swedish ritual of slowing down and enjoying life. In their cookbook, Anna Brones and Johanna Kindvall describe the cultural concept alongside 50 delightfully illustrated recipes to create the perfect fika experience. Coffee and Danish pastry lovers: this one is for you!

Fika: The Art of the Swedish Coffee Break by Anna Brones, €17

This cookbook may seem a bit out of place compared to the others, but there’s a good reason why it’s included on the list. Compiled by the two childhood friends behind the world’s first porridge bar, Grød, the eponymous cookbook is a collection of their most popular dishes. Recipes include traditional Danish ones like øllebrød (rye beer porridge) to more delicate, seasonal Nordic bowls like sweet rhubarb porridge. You might not think you need a porridge-centric recipe book, but we can assure you that you do!

The New Nordic: Recipes from a Scandinavian Kitchen

Written by chef, photographer, and food stylist Simon Bajada, The New Nordic is the kind of cookbook you’ll want to keep on your coffee table. In addition to recipes that celebrate dishes from Norway to Finland, the book includes how to’s for classic Scandinavian techniques like pickling.

The New Nordic: Recipes from a Scandinavian Kitchen by Simon Bajada, €22

Meyer’s Bakery: Bread and Baking in the Nordic Kitchen

For the perfect bread, particularly sourdough, step right up. Published in 2017 by Claus Meyer, Meyer’s Bakery is the gospel for whole-grain, slow fermentation baking. The cookbook has step-by-step instructions with lots of pictures and troubleshooting that can guide even the reluctant baker to a delicious loaf. This is a great book for experts and beginners alike.

Meyer’s Bakery: Bread and Baking in the Nordic Kitchen by Claus Meyer, €23

Not everyone can get a table at a world’s best restaurant but René Redzepi’s noma Time and Place will make you feel like you were there. It’s the kind of cookbook that one buys to lust after the gorgeous photos, as well as learn some incredible techniques and recipes. Even though it’s almost 10 years old the cookbook is no less stunning or enlightening.

Noma: Time and Place in Nordic Cuisine by René Redzepi, €70

Scandinavian Christmas has a huge array of delicious foods, from duck and pork for the main dish to various cookies and cakes. Beloved chef Trine Hahemann shares over 70 of her favorite recipes in this classic book. If you want to celebrate the holiday season in a traditional way, or even just have a rich and tasty meal, this gorgeous cookbook is invaluable.

This comprehensive book of Nordic recipes was nominated for the James Beard Award in 2016. With easy-to-execute recipes for both savory and sweet, classic dishes, this is definitely a cookbook you’ll be reaching for again and again. This book isn’t about complicate plates; it’s all about homecooking and how to bring Nordic flavors into your life in a real way.

Both a cookbook and a visual delight, this book works with famous chefs like Nicolai Nørregaard, Claus Meyer, Rasmus Munk or Kamilla Seidler to get their interpretation of classic Danish recipes. Pairing those recipes – which can be a little complicated and involved, but are incredibly tasty – with imagery and stories of the Nordic landscape. It’s a cookbook, but also a book about the culture of Nordic food and how chefs approach it. 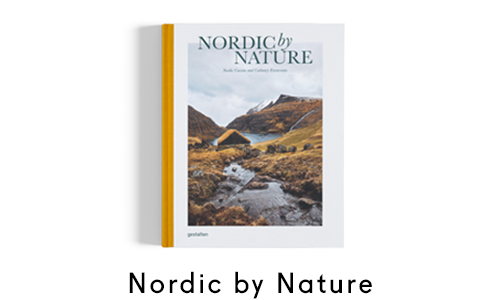 Nordic by Nature: Nordic Cuisine and Culinary Excursions by Gestalten, €50

For more cookbooks check out our Six Essential Danish Cookbooks.