June is here! In Denmark, that means it’s officially summer, since we mark the seasons by months. The sun is setting later and the longer the days become, the more there is to do in this magical city.

Get out your diary and take notes – here’s what’s on in Copenhagen this month.

Is noma #1 again? Find out who’s made the list in the 13th annual “World’s 50 Best Restaurants” awards. The reveal takes place on June 1st at London’s Guildhall 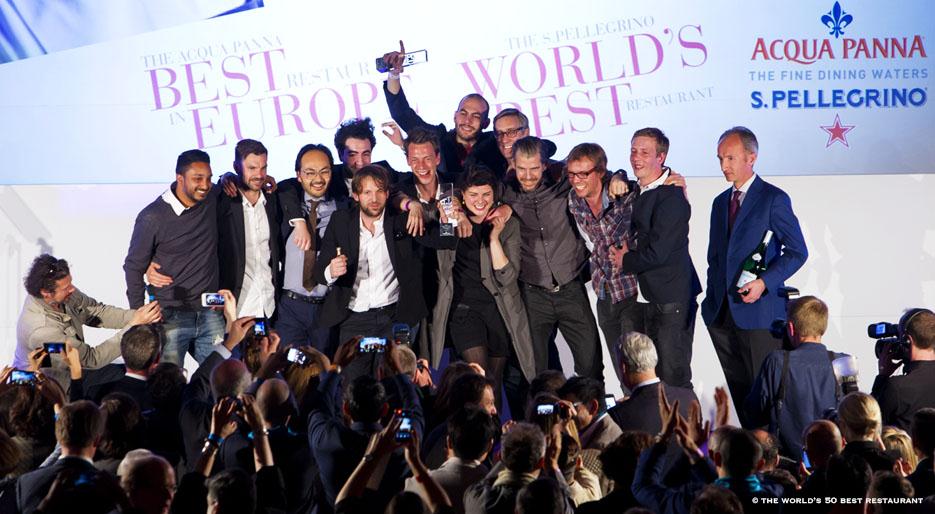 Want a summer wardrobe update but don’t want to drop the cash? Hofmann Copenhagen is having a sample & stock sale where you can get up to 80% off on their fab French-meets-Scandi styles.

What started out as massive street parties all over Copenhagen has become a legitimate festival with events, concerts and, of course, those insane street parties. Check out events like the Nørrebro street party on Kapelvej complete with cocktails, burgers & DJs, Gaystortion hosted by Copenhagen Pride in Vesterbro and a flash 4 minute rave at the end of Langebro (it’s awesome!).

The ticketed part of the festival is called Distortion Ø. There’s lots of great DJs that will be playing, including Tomas Barford and Wooden Wisdom (you know, that duo that includes actor Elijah Wood! Be still my 10 year old heart).

For something a little more hyggeligt (and inside), check out the Vess Showroom for a night of drinks and dancing.

There’s tons to do and so much of it is free; check out the programme for more details! Can’t recommend highly enough: the world’s best gin & tonic. 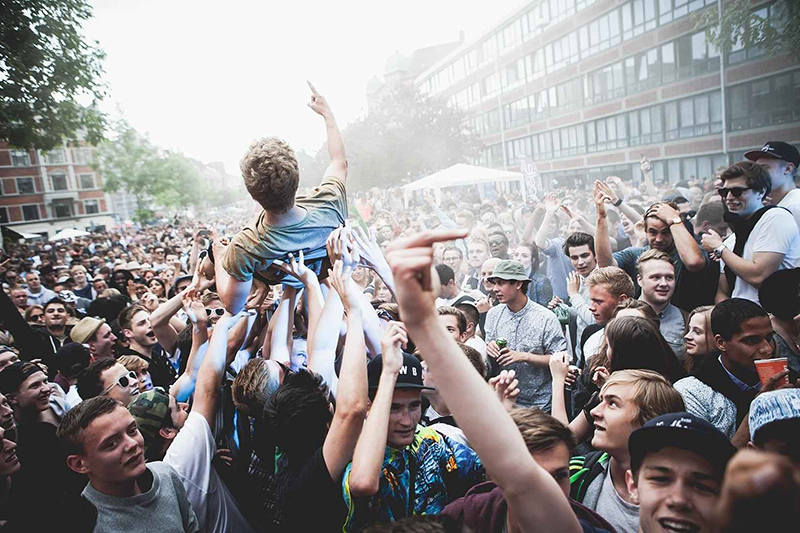 Enjoy some beers and music in this cosy outdoor space on Jagtvej in Nørrebro. A great way to spend a sunny evening!

The annual celebration of Danish and international photography is back on and we’re looking forward to what this year has to offer. Check out the official opening party and the many free exhibitions, including gallery showings and independent displays. While the festival takes place over ten days, most of the exhibits go on for longer, so don’t worry about seeing everything at once! If you’re looking to improve your photography skills, why not sign up for the advanced photoshop course?
Photo by Lijie Zhang. Lao Zhang in Speech, 2013.

See the first two Mad Max films while enjoying a burger from SULT at Cinemateket in the centre of Copenhagen. For a double-feature plus food, a ticket is only 230DKK (200 for Cinemataket members). How badass does this sound? Begins at 7:15 pm. 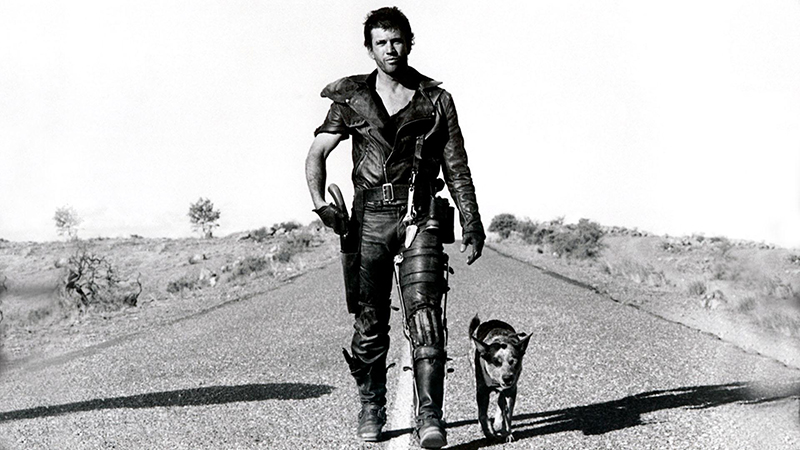 The fourth consecutive comic book award show at Lille Vega. For comic book fans, this will be a fun and exciting. Tickets cost 80 DKK and the event starts at 8:30pm. 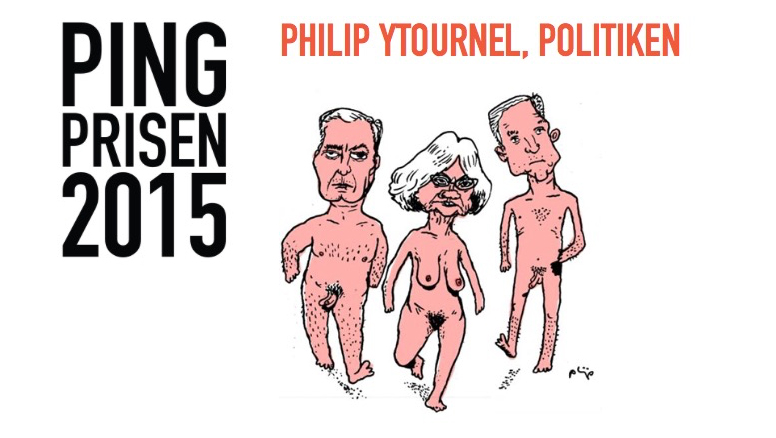 Beginning at 12:00 at Ungdomshuset in Nordvest, go trade your old records or browse the collections of others. If you’ve got a ton of vinyl, CD’s or cassettes (do you?! Are you one million years old?) that are just gathering dust, or you would like to buy the dusty music collections of others, this is for you. 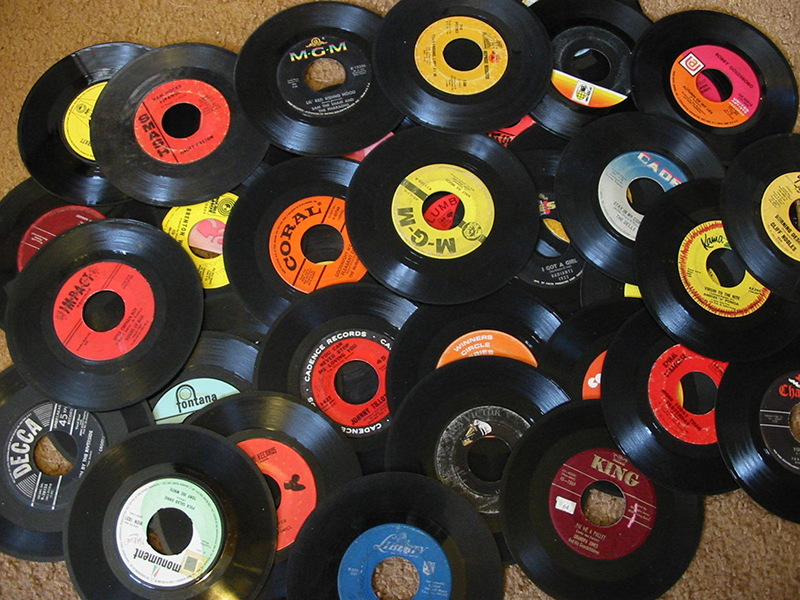 Marylin Manson brings his “Hell Not Hallelujah” tour to Copenhagen. We’ve heard his genre called everything from suicide rock to metal to goth rock, so we’ll just say that it’s dark, it’s loud and it’s in your face. Starts at 8:00pm; tickets are 350 DKK.

This international theatre festival will have over 100 performances this year. Held in locations throughout Copenhagen, the performances cover everything from experimental to one-person shows to narrative. For ready-made itineraries and maps in English, take a look at CulturePie! 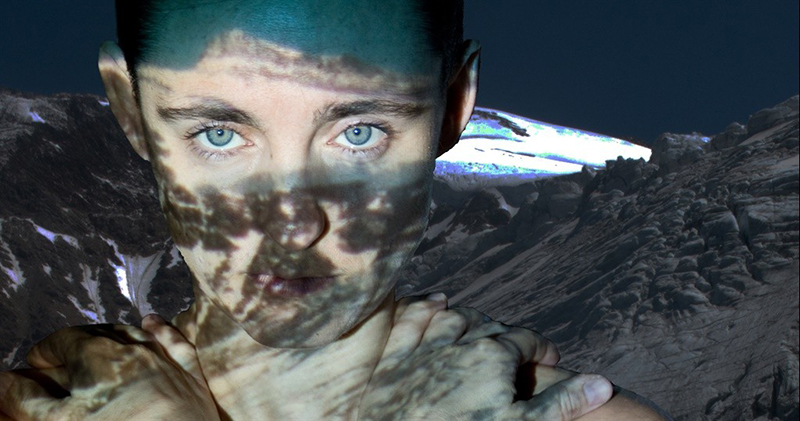 See the South Korean cult-film “The Isle” in Copenhagen’s only sail-in cinema from the comfort of a cosy 8-person Go-Boat. Boats leave from Islands Brygge at 8:30 pm. Tickets can only be purchased at Tiger shops around Copenhagen, starting on Friday, 15 May. It’s weird, it’s wonderful and we’re totally on board (ha ha). 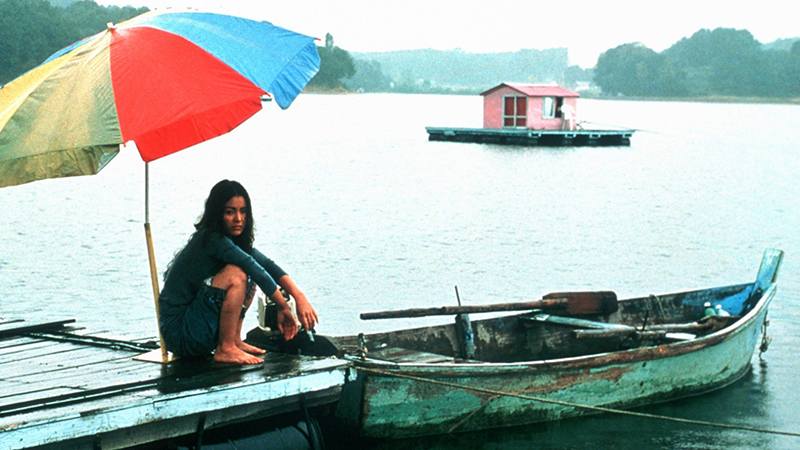 This music festival in Aarhus is full of great artists, both international and Danish. See everyone from The Black Keys, Interpol, Jesus & Mary Chain and Wu-Tang Clan to Ulige Numre, Mø and Rangleklods. We’ll also be covering the event – see you there!

Have you been longing to see “The Forumla 1 of air sports,” where people will freestyle parachute swoop over Peblinge Sø from the Kaffesalonen dock? Us too! Sounds pretty rad. From 1:00 – 6:00 pm.

For all of your stage costume (or just normal dress-up day) needs, the Copenhagen Theatre Flea Market is here! Find fun treasures at Højbro Plads from 10:00 am – 3:00 pm.

Non-profit organisation Søndagsvenner (Sunday Friends) is all about creating relaxing social experiences. Head over to Refshaleøen for their first event of the year. There will be music, food, drinks and loads of good people. Entrance is free; the fun begins at 10:00 am.

A morning coffee & talk held by Kvinfo with sociologists Christoph Ellersgaard and Anton Grau that looks at Danish power structures and the workings of the “elite” in politics, business & culture.

An outdoor salsa class from 7:00 – 10:00 pm. The first class is this Wednesday, but afterwards it will be held every Wednesday for the months of June & July. It’s free and all are welcome! 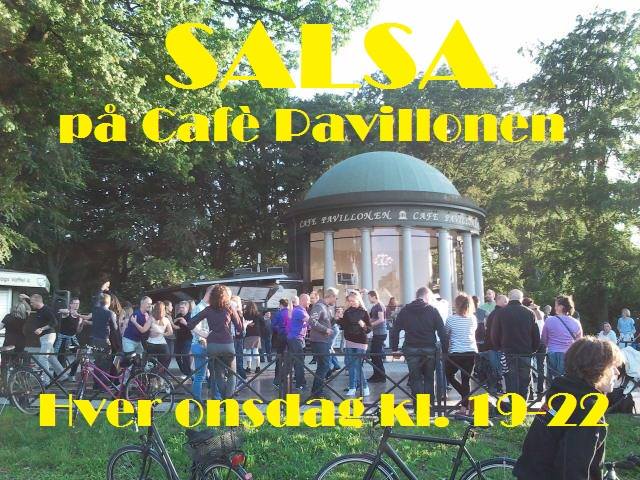 Byhøst, a non-profit organization, is hosting a large summer event in a backyard of NordVest that includes a delicious meal & drinks It’s all good vibes. Check the Facebook event for tickets, which go on sale soon. From 5:00 – 9:00pm.

For all you rollerblading fans out there: head to Fælledparken for a week of of workshops, showcases and a Pro competition with some of the best rollerbladers in the world. No rollerblades of your own? No problem! You can borrow a pair while you’re there.

A self-described “anti-conference,” this night of learning and networking at Dome of Visions is a wonderful chance to meet others interested in creative fields like drama and music. The format is more salon than conference. Talks and performances are followed by music and time to meet the participants. Tickets are 300 DKK and the event begins at 6:15pm. 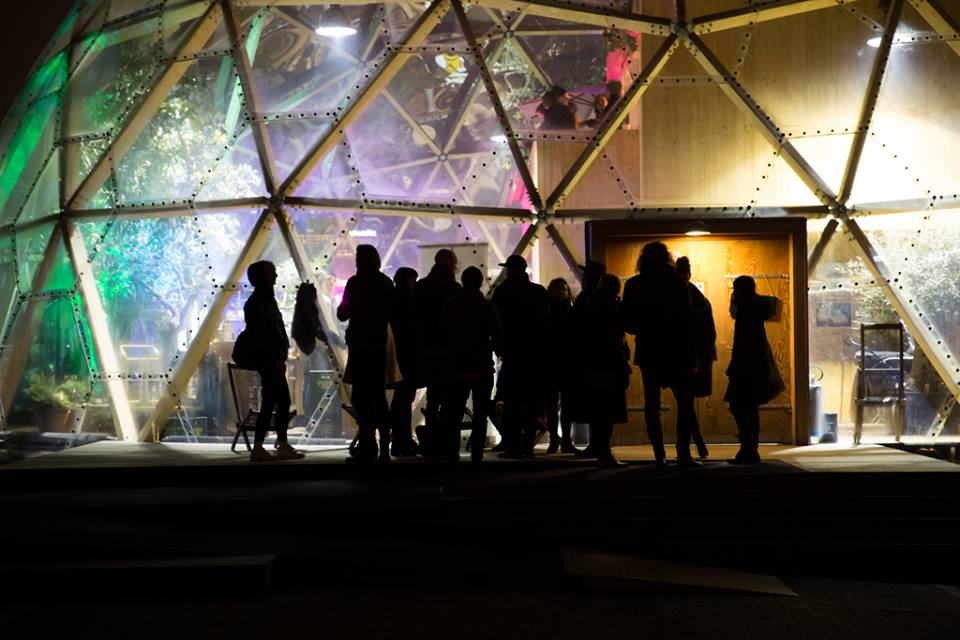 Most of us wouldn’t free jump from the top of the Opera House. That doesn’t mean we can’t marvel at the guts & athleticism it takes to do so – with style, no less! This is always a fun event so grab a few beers, a few friends and get there early for a good spot. 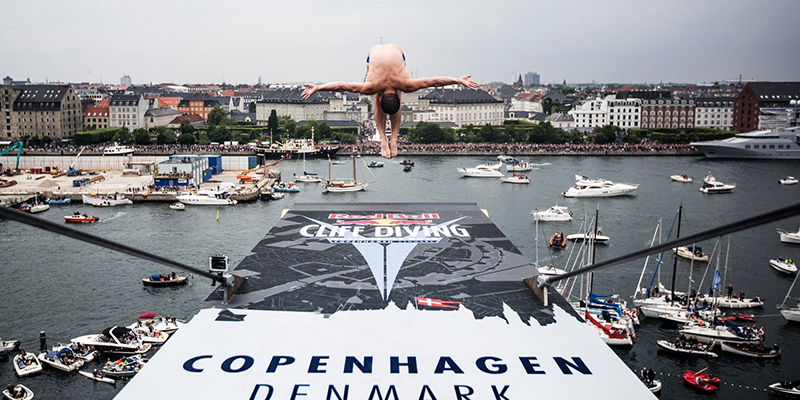 American hip-hop artist Vince Staples performs at this Soundvenue Session. What sets his work apart from the mainstream is his ability to blend comment between the political and the personal. 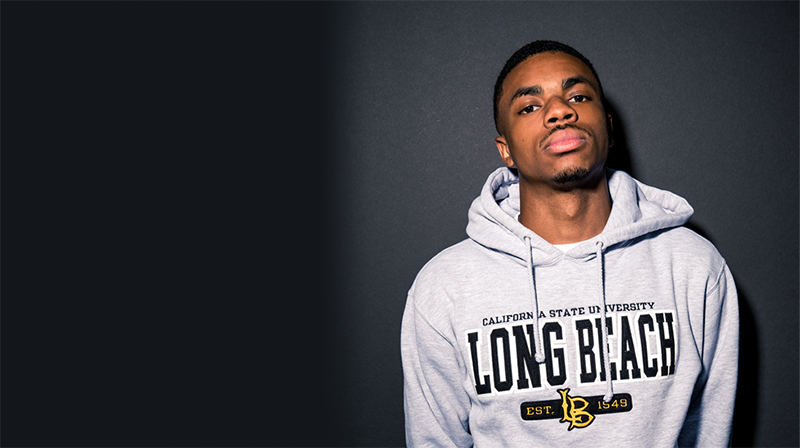 A 10K for women that starts in Østerbro. The buy-in is only 180 and the atmosphere is very relaxed – whether it’s your first 10K or a long-time distance runner you’re bound to have fun.

The Danish summer solstice, which is tied to the feast of Saint John the Baptist (Sankt Hans), is celebrated all over the country with bonfires, speeches and singing. Check out the article for locations around Copenhagen. 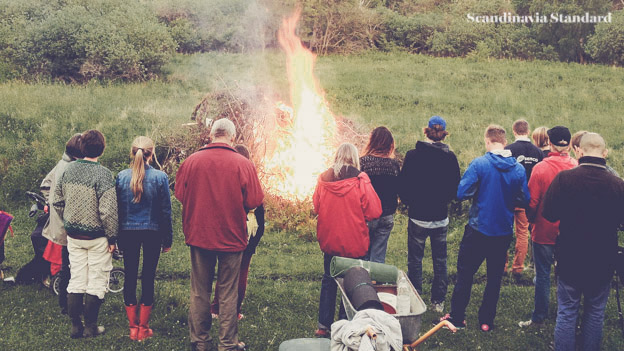 It’s not exactly an event you can attend but look out for all the graduating high school students with their white hats and their big smiles. They’ll be driving around the city in open-buses, leaning out of the windows, honking and yelling like mad people. It’s all in good fun; give ’em a wave or at thumbs up if you’re in the mood.

Dignity Day i Kongens Have

From 2:00 – 10:00pm, The Danish Institute Against Torture will be holding a festival to raise awareness for their cause. There will be music (including Oh Land!), talks, activities and events for children. It’s all free and in the beautiful King’s Garden.

Denmark’s biggest rock festival is back and we can’t wait to get in on the fun. With amazing acts like Paul McCartney, Kendrick Lamar, St. Vincent and Nicki Minaj, there’s a concert out there for everyone. The food at the festival, which has steadily improved over the last few years, is a showcase of the Danish and international food scene. Even if camping isn’t your thing, get a day ticket – the train ride from Copenhagen is only 25 minutes!

“We All Fall Down” by Lara Favaretto at Ny Carlsberg Glyptotek

An incredibly hypnotic and thoughtful installation that places a massive amount of colorful paper confetti in a glass room, which is then moved constantly by four fans. On display until June 14th.

A comedy based on a 17th century Goldoni play, this work takes a look at the obsession with and intersection between winning and love. In Danish.

Statens Museum for Kunst is holding “What’s Happening,” an exploration of experimental art between 1965-75. It’s on until the 2nd of August.

“Ruptres” by Ai Wei Wei at the Faurschou Foundation

To see Ai Wei Wei’s work is to see a mix of the artistic vision and political outspokenness that has made him a powerhouse in the art world and an opponent of the Chinese government. The installations on display include Sunflower Seeds and Straight – we won’t tell you more about them; just go see it.

If you’re a business or organisation that would like us to add your event to next month’s calendar, please contact us at [email protected] Thank you.