The Swedish Easter holiday is a five-day affair, starting on Skärtorsdag (Maudy Thursday), and goes right through to Annandag Påsk (Easter Monday). Plenty of shops close or have reduced hours over this time, and Påskdagen, Easter Sunday in Sweden, is even a flag day.

As a secular country, the holiday is less of a religious celebration and more of a chance to spend time with family over the first long weekend of the year. Plenty of Swedes will take to their summer houses in the south and ski cabins in the north.

While Sweden enjoys all the aspects of Easter you’re likely to find around the world – chocolate, eggs, rabbits – they do indulge in a few traditions less common outside of the country.

Here are the Swedish Easter traditions you should know about:

On Långfredagen (Good Friday) and Påskafton (Holy Saturday), children and adults alike will gather to paint eggs and decorate birch twigs with feathers.

The eggs are painted with bright spring colors as a way of welcoming the new season into homes. The eggs are gathered in a basket as a centerpiece for the table or hung from trees and twigs. Some people buy pre-decorated or even plastic eggs, but the homemade variety still reigns supreme.

Birch twigs are decorated with brightly colored feathers. Some are displayed at home, and a few extras are scattered in the garden (or wherever the egg hunt will take place) for intrepid children to find while scavenging.

These decorative twigs originate from the traditional birch used are a reminder of Jesus’ suffering, as Swedes would whip each other with them as a symbolic gesture of the Flagellation of Christ.

Over time, this tradition has gone on to become far more whimsical. 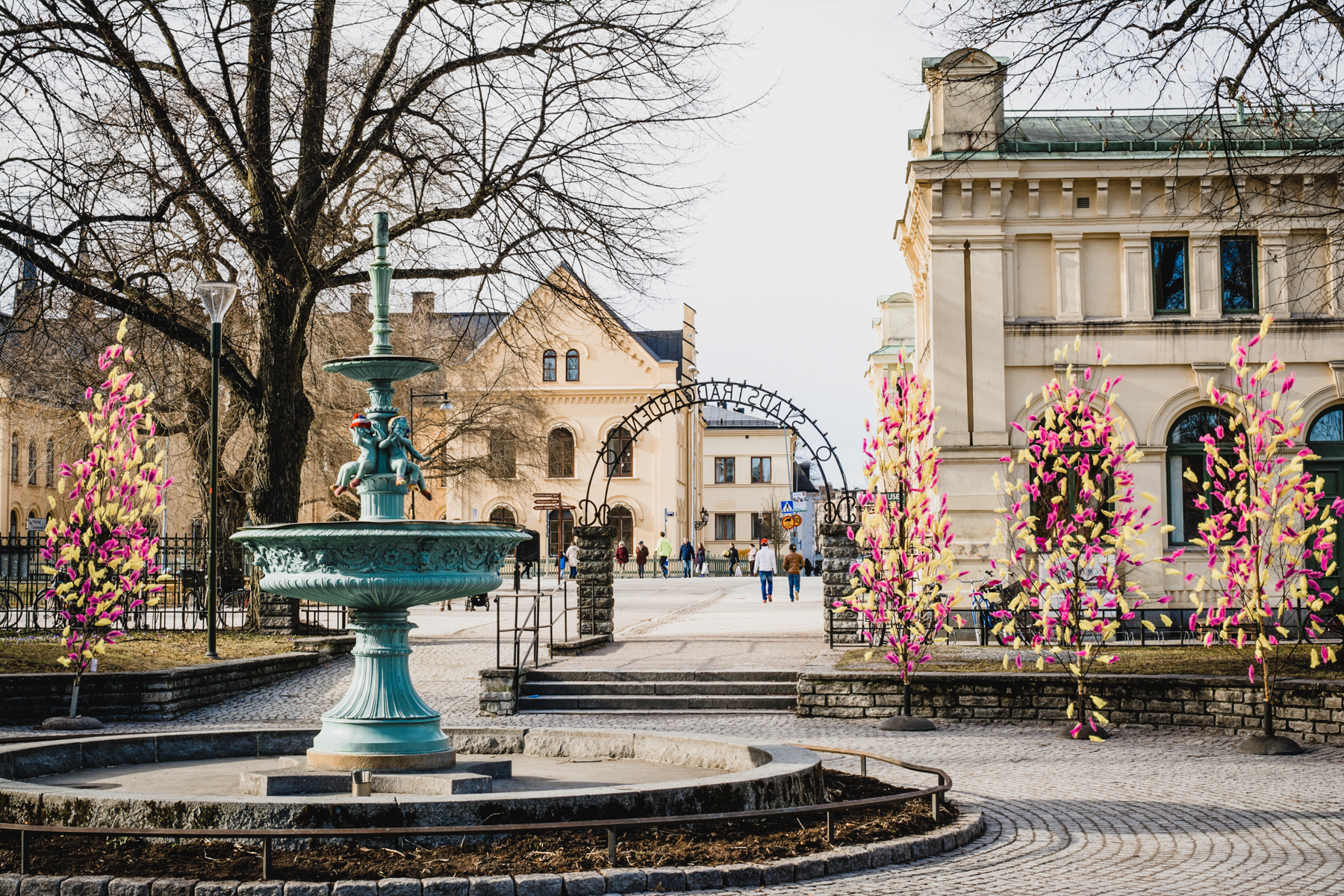 If you want to cause a fight, try stating out loud that the traditional soda Påskmust, is not the same as Julmust – it’s a question as divisive as whether Skåne should be part of Denmark or not. Some will argue that Påskmust is markedly different than Julmust, while others will say it’s the same drink, just in a different bottle. Whatever the similarities or differences, depending on who you ask, this cola drink is only available at Easter.

On Maundy Thursday, Skärtorsdagen in Swedish, children dress up as Easter witches (påskkärringar) and go door to door wishing people a happy Easter – in exchange for candy.

This tradition has become far more palatable and child friendly in recent times, and is now similar to the American Halloween tradition of trick or treating.

Children don headscarves and shawls, mark their faces with rosy red cheeks and freckles, and go door to door swapping homemade cards for candy. As far as we know, they are not practicing satanic worship.

Even though both boys and girls wear the traditional Påskkärrning costume, some boys instead chose to dress up in their best and blackest suit, a large fake moustache and any old top hat laying around the attic. These are called Påskgubbar (Easter Old Men). This is merely a cosmetic option, Påskgubbar also get to go door with the Påskkärringar.

Påskbord, the traditional meal eaten for Easter in Sweden, is similar to the luxuries of a Christmas smörgåsbord. Eggs, potatoes, meatballs, and pickled herring take center stage, together with traditional dishes such as Janssons Frestelse (Jansson’s Temptation) and, of course, snaps. Lamb will be prepared for dinner, as is common in most countries that celebrate Easter.

As is common in Sweden, celebrations happen on the eve of the main event, so Påskbord is typically eaten on Påskafton (Holy Saturday). Meanwhile in Denmark, they eat their main Easter lunch on the Sunday. 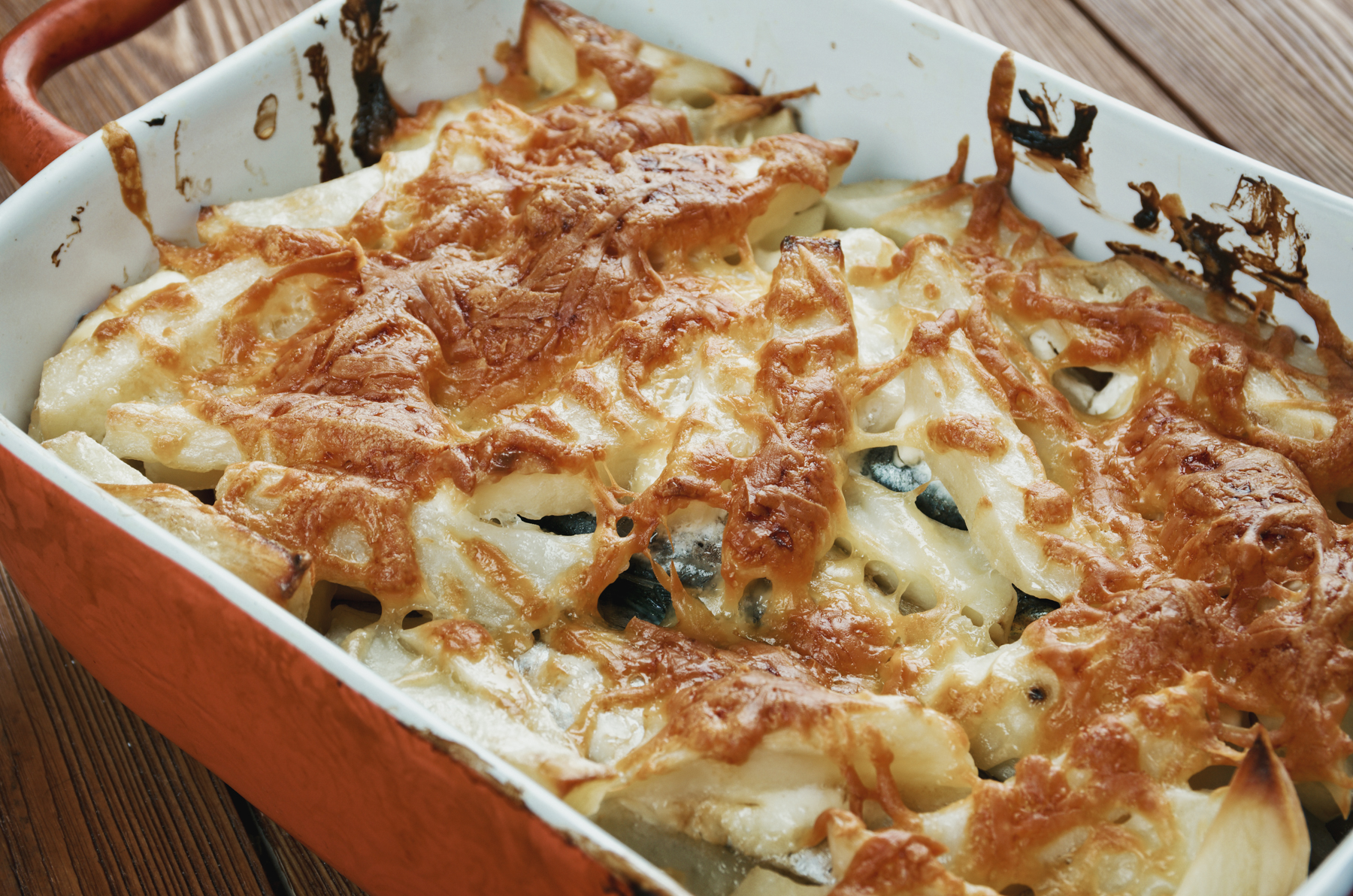 In Sweden, Good Friday is known as Långfredag, which translates to “Long Friday.” A name fitting for the history of the day. Before 1969, all shops, restaurants, and theatres had to stay closed on this day.

There were two TV channels, one showing church services and the other showing documentaries. The day was often spent with family playing board games, and would seemingly drag.

Today, businesses are allowed to stay open and many people have a day off work to shop, eat, and hang out with friends. Time flies!

Want more Scandinavian Easter? Find out about Danish Easter traditions, why eggs are part of Easter, and the history of aquavit.