We made it: Easter in Denmark finally here and winter is surely behind us, right? Danish Easter, or Påske, is filled with so many wonderful traditions, including, of course, Danish Easter food.

These are the Danish Easter traditions to know about:

In the Danish collective imagination, erantis (winter aconite) and vintergækker (snowdrops) are the first sign of spring that sprout up through the snow, followed shortly after by påskelilje (daffodils) at Easter. It’s exciting to see the blossoms, especially after a long winter.

Snowdrop flowers emerge at the end of winter and stop flowering a month or so afterwards. If you find yourself scouring gardens throughout Copenhagen on Good Friday without luck, rest assured that it’s okay to send the Gækkebreve without them. Whew!

Gækkebreve are very easy to make with just paper, scissors and a pen. You can layer them with different colored paper if you like.

Need a little rhyme to get you on your way? Here you go:

In the 1800’s Danish agricultural society, this tradition was not only for children at Easter; it was actually a method of proposing! The letters weren’t always decorated but instead contained a long verse and the vintergækker flower. Of course, the letter wasn’t anonymous. (One would hope! “Marry me? Guess who!” Nej tak).

During the industrial revolution, as the the rural population moved to the city. The proposal letter was commercialized and changed into an anonymous letters with decoration and funny or flirtatious verses; these decorated letters could be purchased, either with verses or reply-verses. Instead of an egg, the prize was an invitation to meet for coffee or to go to a ball. This adult tradition had transformed into a children’s game by the 1930s.

The religious element of Easter is secondary for the majority of Danes. The focus is now on celebrating the beginning of spring. Danes decorate with spring colors and symbols of new life: shades of yellow, mint green, pale pink, new branches and daffodils. The most visible symbol of Easter is still the egg. Many danish children grow cress from eggs or bunny shapes.

Easter affords five consecutive days off from work. A number of schools make the entire Holy Week a holiday (the week before Easter) so it can amount to ten days. That is why many Danes regard Easter as the first opportunity to take a vacation and recharge after the long winter.

The time is spent relaxing with friends and family, eating good food, going to the zoo with the kids and, if Denmark is lucky, enjoying the sun! For some Danes, Easter holiday is an opportunity to open their summer houses, work in their gardens or plant window boxes. For others, it’s the last chance to go skiing in Norway or Sweden.

The Thursday is the first official day of Easter holiday in Denmark. On this day there are no longer many traditions held by Danes.

However, in the 19th Century, Danes ate cabbage soup cooked with mutton or pork (called ‘skærtorsdag søbekål’). This was made with seven or nine kinds of cabbage (due to superstition), or an odd number of different greens if cabbage was too difficult to obtain.

This was eaten because it was so nutritious and was believed to ensure health for the coming year.

For you cabbage fans out there, we’ve created a modern version of this 19th century Danish Nine-Cabbage soup. See the recipe here. Toot toot!

On Good Friday, Danish flags fly at half-mast. Good Friday is a wonderful day to cycle or walk around the inner city and wander around the gardens because it is so peaceful and quiet.

Although most stores are closed, you will find some grocery stores such as Netto, cinemas, and some restaurants open.

In the past, Danes ate barley or flour porridge on Good Friday, though few Danes follow this tradition today. 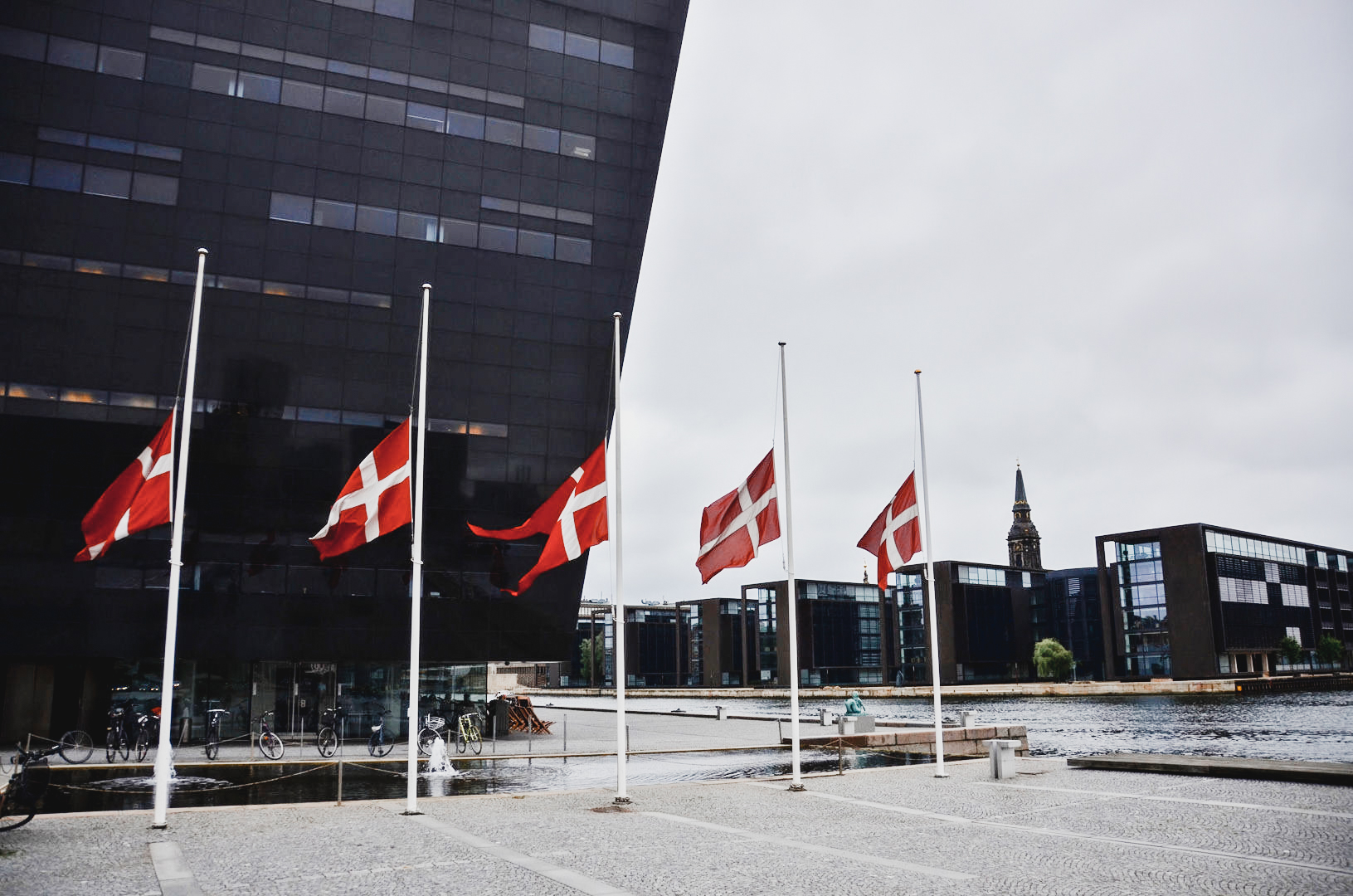 Many bigger shops will open again on Easter Saturday so you can top up your eggs stores and reach your daffodil quotas for the next day’s festivities.

This is the big day. Danes celebrate by eating. And eating. And eating. The typical Easter lunch, or Påskefrokost in Danish, is held with both family and friends. It consists of an ordinary Danish lunch: different kinds of herring and boiled eggs with cress, sliced meats, cheese and liver paste. Sometimes lamb is eaten as a traditional meal; historically this was a symbol of the Jesus’s sacrifice.

There’s plenty of snaps (aquavit) and Easter beer to go around. The special Easter brew, or Påskebryg, made by Danish breweries is stronger and (apparently) more tasty than the average beer. The brew is very similar to the Danish Christmas beer. It’s worth a try!

As with many holidays around the world, there are Danish Easter traditions that have been lost over time. Although they aren’t particularly relevant to living in Denmark now, they’re still fascinating.

Previously, Easter week has been called “Dimmelugen” because the church bells would not ring. Instead churches would ring træknebler, Dimler so it sounded more subdued and gentle.

Today, witch-burning is associated with Midsummer Eve, Sankthansaften in Denmark, but in the past there we no shortage of witch-burning occasions (including those in other Scandinavian countries such as Sweden), and so it was also associated with Easter. There are tales originating in the 1800’s where witches would fly to Bloksbjerg, a mountain in Germany, on the evening “Skt. Skadesaften” before Holy Thursday (Skærtorsdag).

If they didn’t go by broom, they could instead go by a magpie’s back. It was therefore considered to be impossible to see any magpies on Skt. Skadesaften. A modern variation of dressing up as witches is still celebrated in Sweden.

After participating in this yearly witch party, organised by the Devil himself, the witches returned to Denmark. The pastor would then use the very first egg that a hen laid after winter, called a hønnikeæg, in a bizarre ritual to uncover which of the village women had been flying the previous evening. 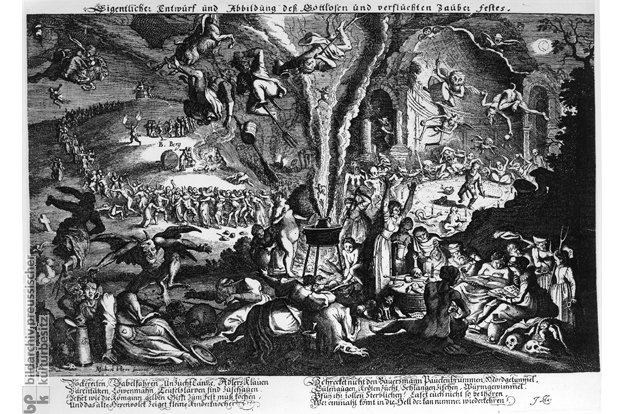 Want more Easter traditions? Find out about how eggs became an Easter staple, how to make your own Danish Easter lunch, and what Swedes do on Easter.