There’s no shortage of great Danish design, and Danish watches are no exception. King of the Danish design watch, Ole Mathiesen, has been producing top-quality and aesthetic watches since 1845, with design in Denmark and movements from Switzerland.

With the brand seeing an overhaul to become the modern company it is today in 1919, Ole Mathiesen has now been making timepieces for a century, and those same watches are as relevant today as they were then.

Ole Mathiesen’s most popular watch is the Classic 1962, a sleek and minimalist wristwatch that blends elegance and functionality in a way that makes it timeless and highly sought-after. It is unpretentious, discrete, and speaks to the good taste of the wearer.

The rest of Ole Mathiesen’s collections are similarly well-made, but the designs speak to different desires and needs. We’ve taken a look at each of the famous designs so you can decide which is right for you.

Find out about the range of classic Danish design watches from Ole Mathiesen:

Designed in (you guessed it) 1962 by second generation owner and designer Ole Mathiesen, the Classic 1962 is the kind of watch you buy in order to pass down to your children or grandchildren. Perfect in its simplicity and functionality, this watch is all about understated sophistication. It comes in three sizes – the men’s size, mid-size, and women’s size.

The beauty of the watch is that it’s not a rigid design: it comes with Roman numerals, conventional numbers, and dashes, yet the overall collection looks uniform. It’s all about the shape of the face, spacing of the dial, and hands. The Classic 1962 is available with a leather or metal mesh strap, in a number of finishes, allowing you to choose the style that’s right for you. Whichever is on your wrist, this is a watch that announces who you are by being as quiet as possible. 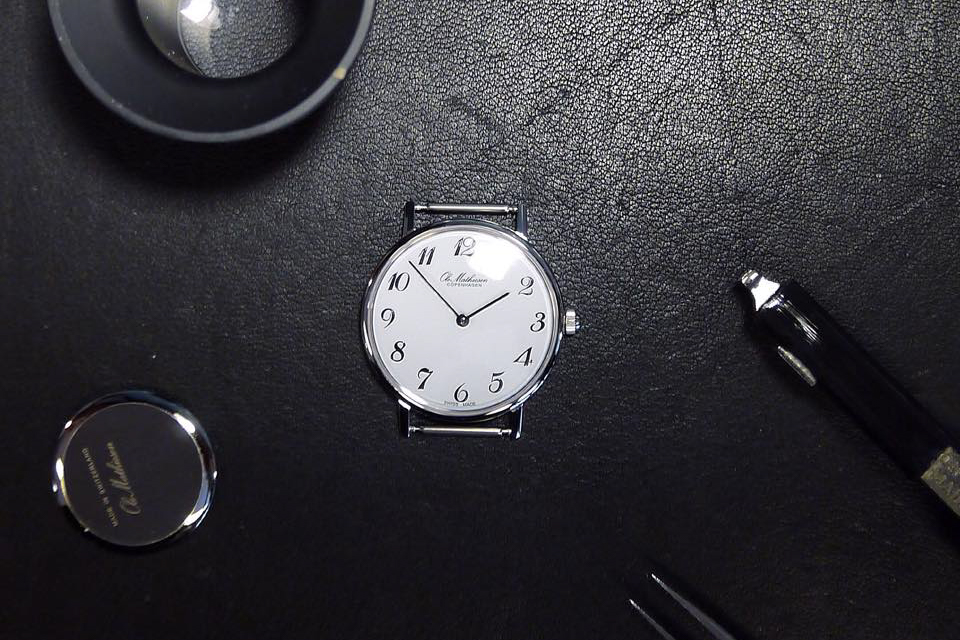 Designed by Christian Mathiesen in 2012 for the 95th anniversary of the company and to honor its history, the 1919 Heritage watch was launched as a tribute to the original Mathiesen watchmaker, Axel O. Mathiesen. It’s a more playful model than the classic models, with a thick, masculine look that wears quite big on the wrist yet still looks refined.

With a range of faces and straps that take the watch from traditional to sporty, the 1919 Heritage Watch is louder than previous Ole Mathiesen watches, announcing its presence on the wrist as opposed to letting the wearer do all the talking. The 1919 Heritage watch still, however, adheres to the basic principles of Ole Mathiesen’s tentants of design: form, function, and quality. 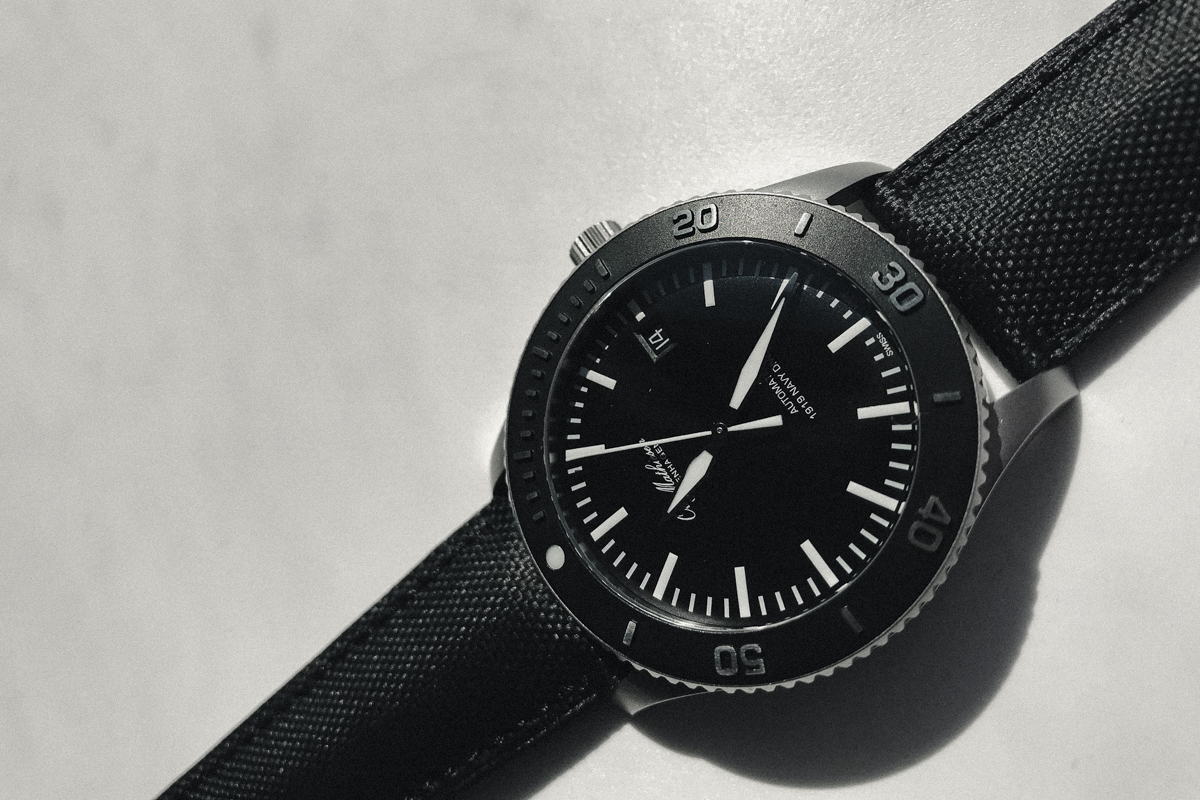 In addition to the classic 1919 Heritage watch, Ole Mathiesen has designed a mini collection called 1919 Navy Diver with three new watches. The series is an ideal blend of a sports watch and a dress watch.

This means that it includes a stopwatch feature; a must for those who use their watch as part of their sports or training routine (or, like us, use it to make sure your eggs aren’t overcooked).

The Royal Marine was designed in 2012 by Ole Mathiesen’s son, current CEO and Head of Design Christian Mathiesen.

It’s a tribute Ole Mathiesen’s appointment to the Royal Danish court and a reinterpetation of the Classic 1962, with a more modern look thanks to a larger face and slightly more curved silhouette. It’s water resistant up to 50 metres – another small technological addition that adds to its value. 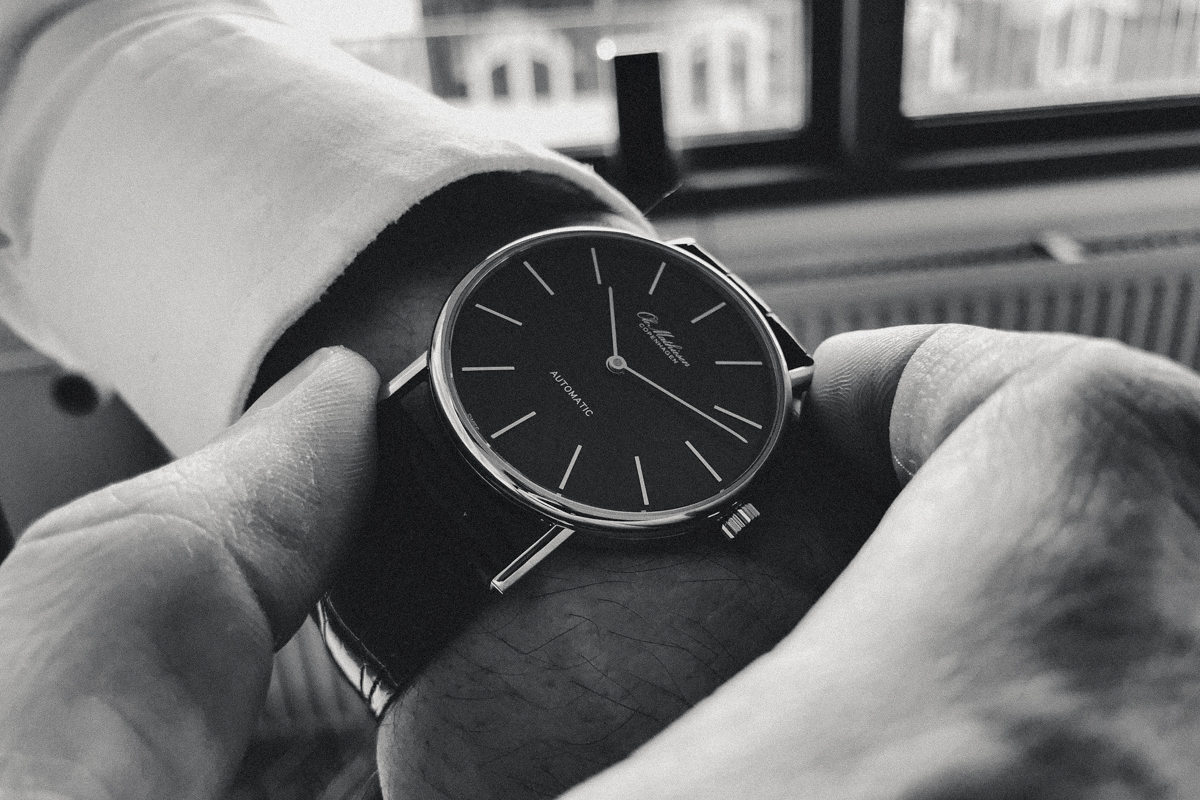 The OMS, the first watch designed by Christian Mathiesen as he entered the company, launched in 2000. It’s sporty and sleek, with a definite businessman-energy. It’s the water resistant watch in the Ole Mathiesen collection, making it a little less daunting for the cyclists of Copenhagen who find themselves caught in the rain. 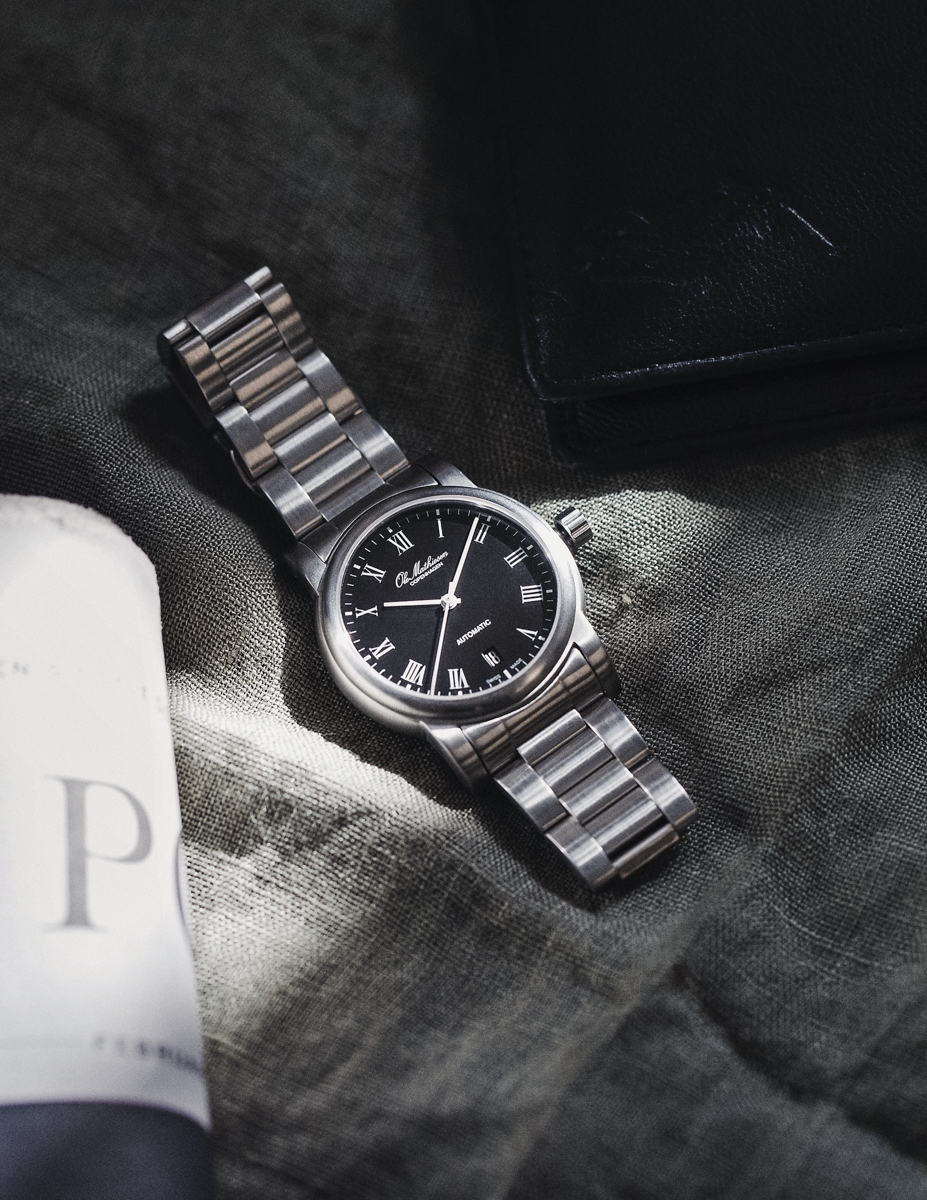 In many ways this is more traditionally masculine watch than the Classic 1962 or the Royal Marine – a statement that a new designer was in the house. That said, it still fits beautifully into the world of Ole Mathiesen, with its straight-forward look and feel.

It’s remarkable that these four collections can look so different, yet dovetail with one another so beautifully. The design heritage, the function-first mentality, and the desire to create silhouettes that last far past the lifetime of the wearer, can be found in all, a red thread connecting the world of Ole Mathiesen.

Find out more about Ole Mathiesen.