Norwegians aren’t known for having having large breakfasts, but when they do indulge, there will be Norwegian brown cheese. Brunost – literally, brown cheese – is a classic Norwegian provender that has gained international appeal for its color and fudge-like texture. Want to really eat like a Norwegian? Then you have to try brown cheese.

The Norwegian staple has a brown-yellow color and comes in block form. It’s sliced using a cheese slicer or sharp knife.

Find out all about brunost and how Norwegians enjoy this delicacy:

What is Norwegian brown cheese made of?

Brunost is made by boiling whey, a byproduct of making cheese, down to a caramelized sugar. That sugar is left to cool and then packaged in a block. The length of the boil helps to determine the ultimate hue of the cheese which, technically, is not a cheese at all!

Many foreigners compare brunost to Marmite, or the Australian Vegemite, because they’re both made from a secondary product, eaten for breakfast, and are considered to be an acquired taste. It’s the kind of food that divides people into love or get-this-away-from-me camps. You can guess where most Norwegians fall; they adore this golden cheese.

There are actually different kinds of brown cheeses that are grouped under the category Norwegian brunost. Gudbrandsdalsost, or “Gudbrandsdal Cheese,” produced by the national dairy giant TINE, is the one you’ll most commonly find across Norway. It’s made from a mixture of goat and cow’s milk, and is branded as the “original” brunost. This version of the brown cheese has been around since 1863.

There’s also fløtemysost, a brown cheese made exclusively from only cow’s milk, and geitost, the goat milk alternative.

Since brunost was traditionally made on farms in heavy iron pots, the cheese became a principal source of iron in the Norwegian diet. Today, commercially-made brown cheese no longer has a high content of iron because it’s made in aluminium and steel vessels.

When asked about the flavor of brunost, you’ll typically hear one say that it’s sweet and caramel-like. Depending on the milk used – cow, goat or a combination of the two – the creamy, fragrant cheese can also have a nutty or tangy taste.

Geitost, the brunost made from goat’s milk, tends to be the sharpest, or most acidic, of the lot. Brown cheese has also been described as being “dulce de leche-ish.” Ultimately, if you’re curious, you’ll just have to give it a try! 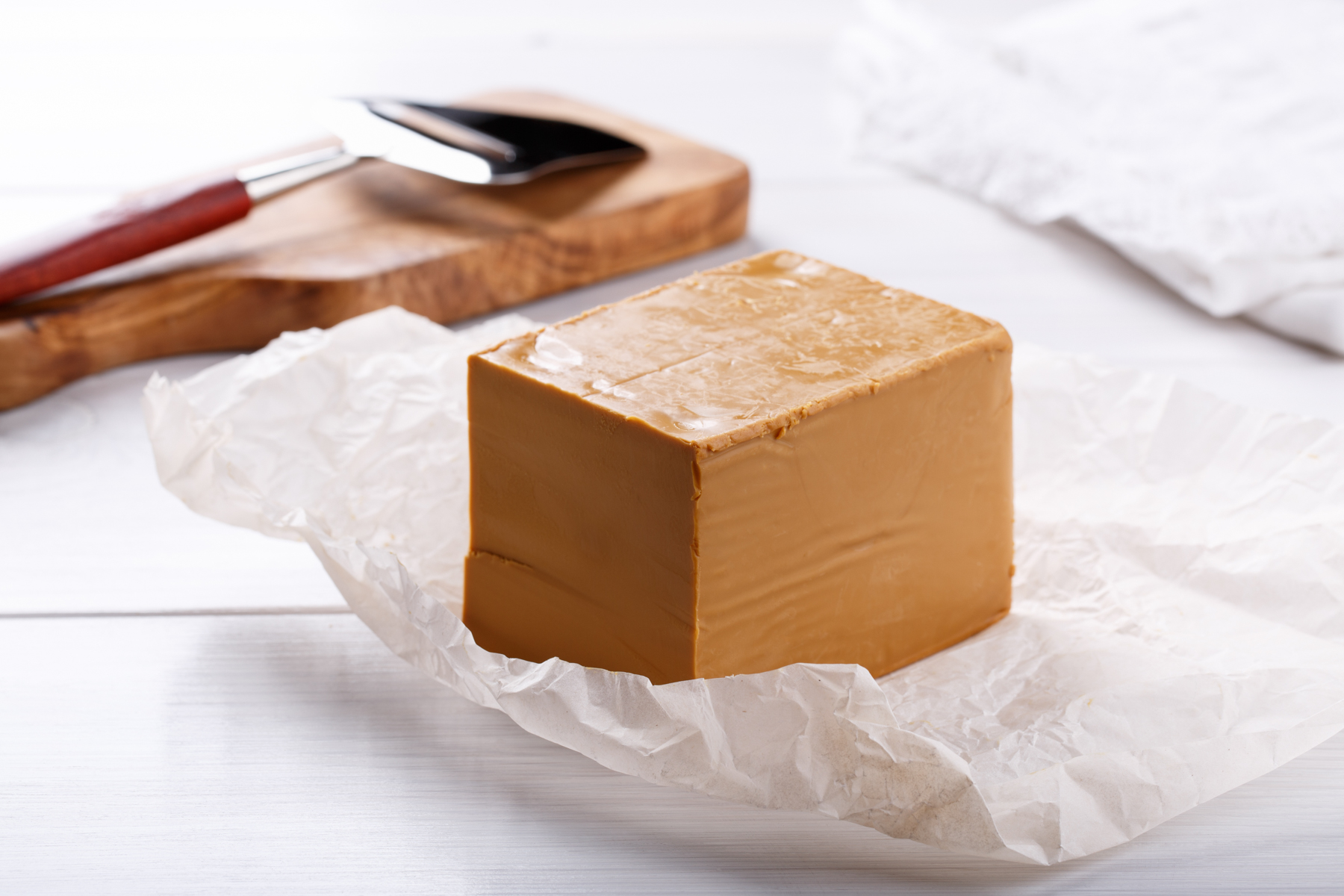 How to eat Norwegian brunost

Brown cheese is one of those foodstuffs that is incredibly versatile. In fact, Nevada Berg, the Norway-based American food blogger and author, has a gorgeous recipe for brunost marshmallows.

Most Norwegians enjoy it thinly-sliced over toasted rye or knekkebrød (crisp bread), or on top of their signature heart-shaped waffles. On top of bread, it can be paired with strawberry jam; think of it as the Norwegian equivalent of a peanut butter and jelly sandwich.

Brunost also makes an appearance in a reindeer dish called finnbiff, where it’s used to make a decadent and rich sauce.

And you know that cheese slicer that’s hidden somewhere in a kitchen drawer? It was invented by a Norwegian carpenter especially for brunost! In Norway, the cheese-thingamajig is called an ostehøvel and was created by Thor Bjørklund in 1925. 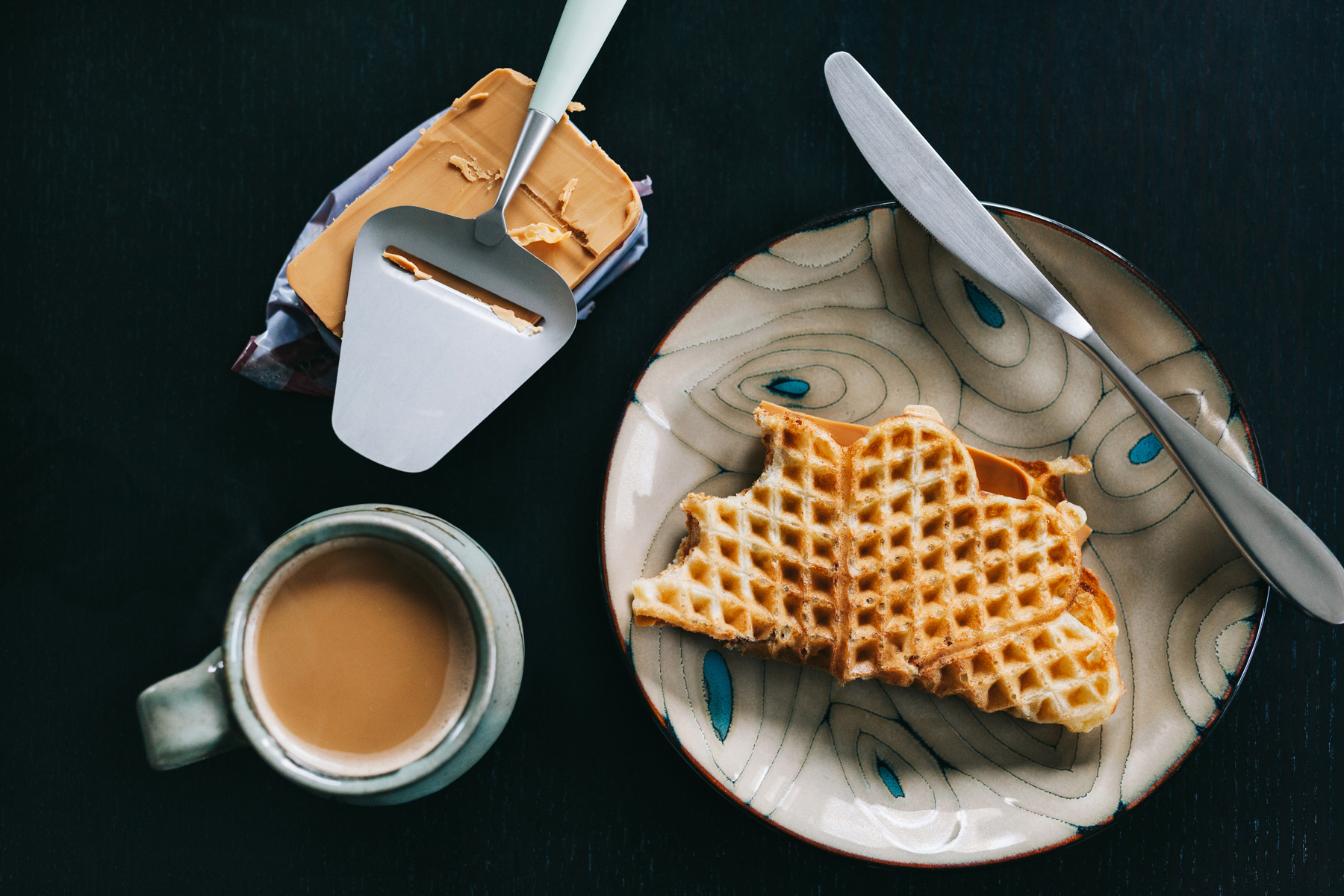 Where to buy Norwegian brown cheese

Surprisingly, there are quite a few places to get brunost outside of Norway, including online and in some Whole Foods and Trader Joe’s in the US. In addition to brunost, search for words like Ski Queen (a popular brand), Gudbrandsdalsost (a type of brown cheese), Gjetost (goat’s milk brown cheese) and Ekte Gjetost (another brand of brunost).

Norwegian producer TINE also has a map of distributors in the US, Canada, and UK and Australia. So now that you know where to get it, go out and try some brunost!