It’s all kicking off this month. There’s the mother of all Scandinavian summer festivals: Roskilde, as well as Sankt Hans Aften bonfire celebrations. So slap on the sunscreen and get out there!

Here’s our pick of this month’s concerts, markets, festivals and much more. Open your diaries NOW: 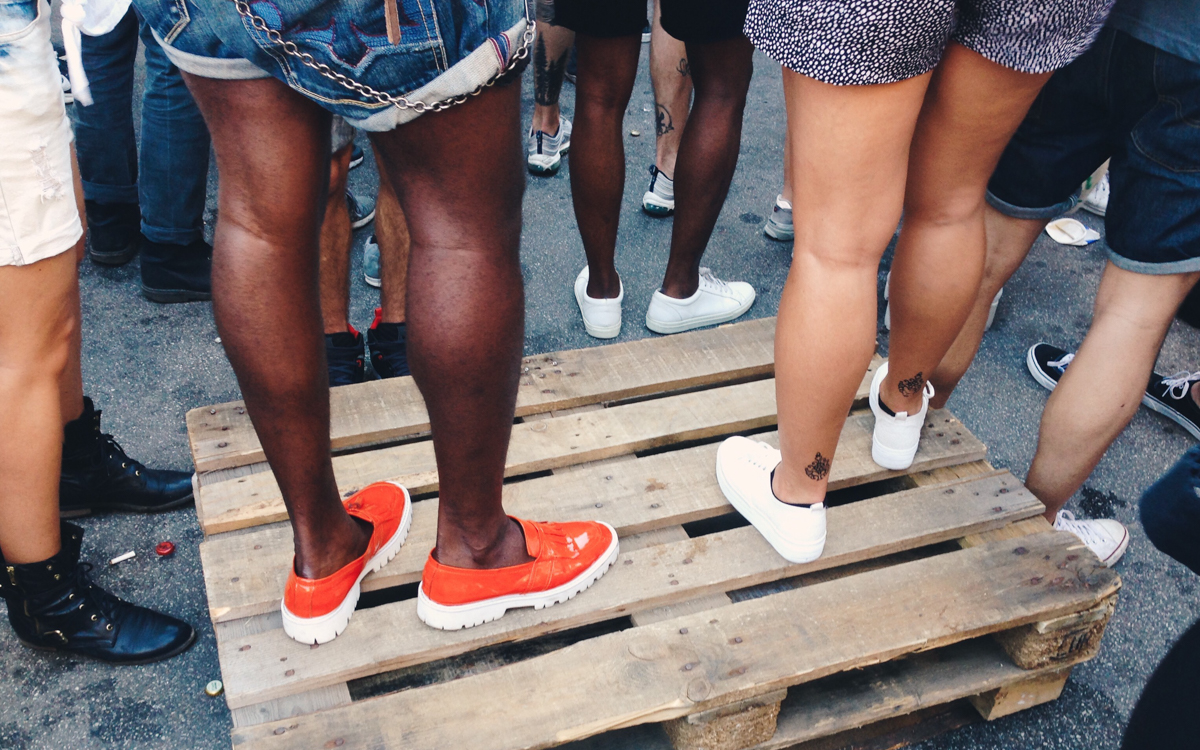 This annual three day festival is a mecca for all design-lovers. Discover a whole host of danish brands including Georg Jensen, Paustian, Muuto all offering workshops, product launches and design talks for visitors.

Trampoline House offers counselling, education and a place for connecting to new immigrants, and is now celebrating its 6th birthday with drinks, singing, performances. Also, the celebration includes the premiere screening of volunteer Mahmoud’s film “Voices on Democracy”. Not to be missed. 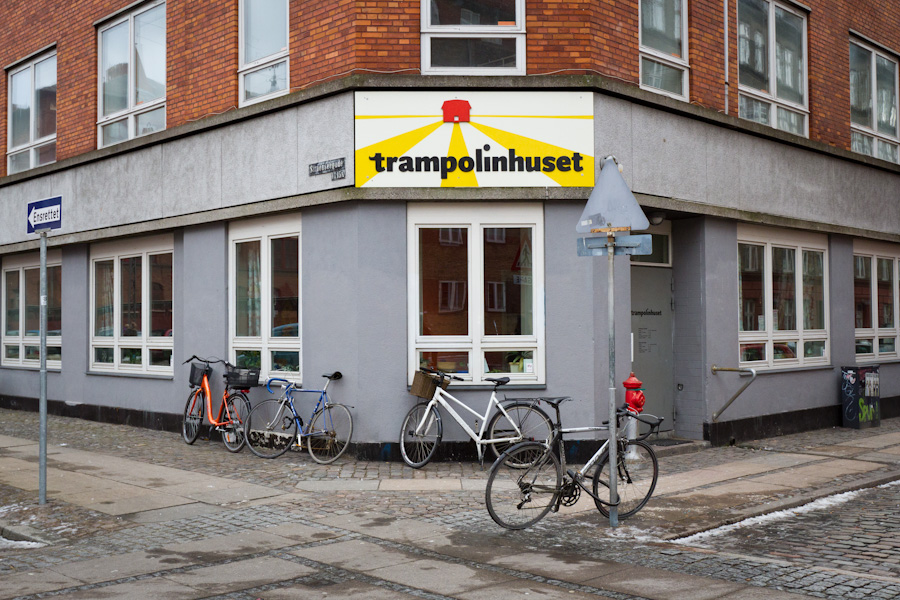 Receivers of the highly coveted “P3 Talent” AND named one of the ‘best Danish bands of 2016’ by yours truly, R&B trio Chinah are going from strength to strength. They’re playing along with rockers Minds of 99 at Nemoland as part of Christiania’s free summer concerts.

The great Roger Moore died late last month leaving memory of a glittering movie career in his wake. Playing Bond for over a decade, he appeared in seven of the films — a talley only matched by Sean Connnery. Now Cinemteket are rightly honouring the legend with a screening of the much-loved 1977 classic: The Spy Who Loved Me. Lets enjoy that eyebrow raise one last time.

The Latvian Embassy are hosting a free screening of the iconic Latvian 1981 film, A Limousine The Colour of a Midsummer’s Eve. Directed by Janis Streaks, the comedy tells the story of Aunt Mirta, who lives alone in the countryside. After suddenly winning a car in the lottery, her long lost relatives begin appearing out of the woodwork!

Grab your mother, boyfriend, girlfriend or dog (ok, no dogs soz) and get a bit rowdy at Absalon’s Bingo night! There’s snacks and beer too if all those fun and games get you a bit peckish. 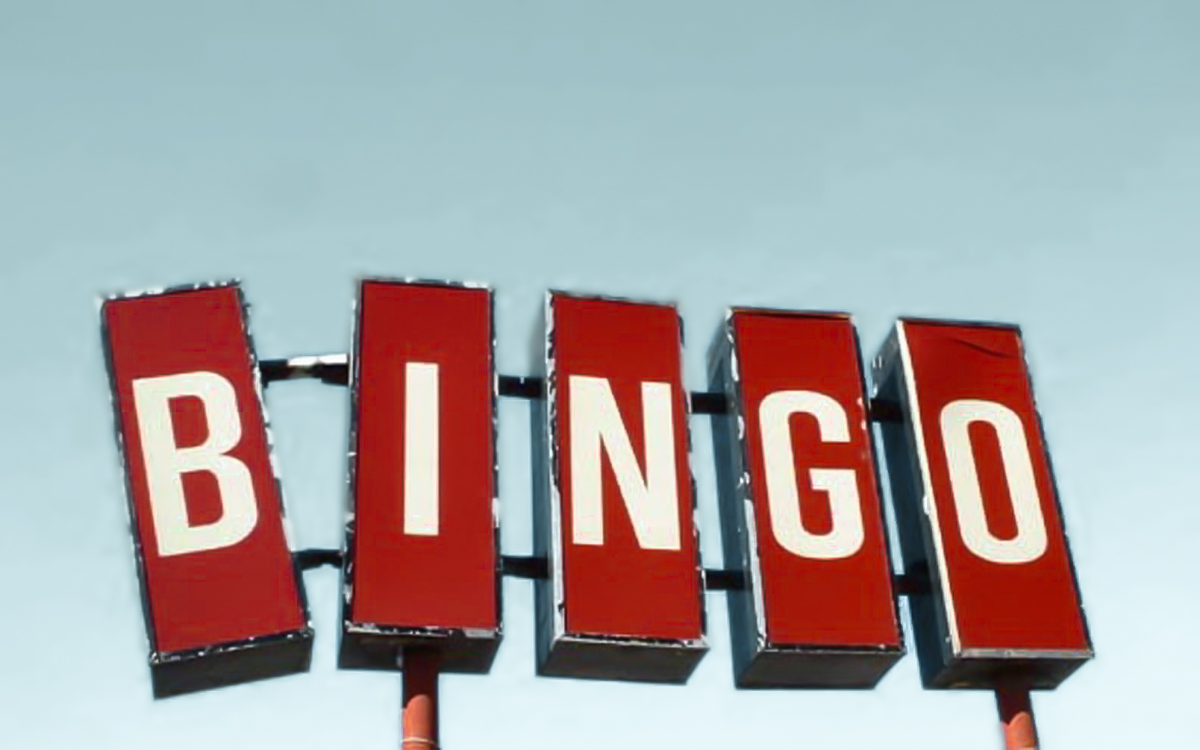 The Kills at Vega

Indie rock duo, Jamie Hince and Alison Mosshart, just announced they’re releasing a new EP Echo Home in June and bonus fact: a Rihanna cover will be appearing on it!! Ermahgerd. Bringing their riffs now to Denmark, the pair will be play hits from their 2016 album, Ash & Ice, and other favourites from the band’s 17-year-long career. 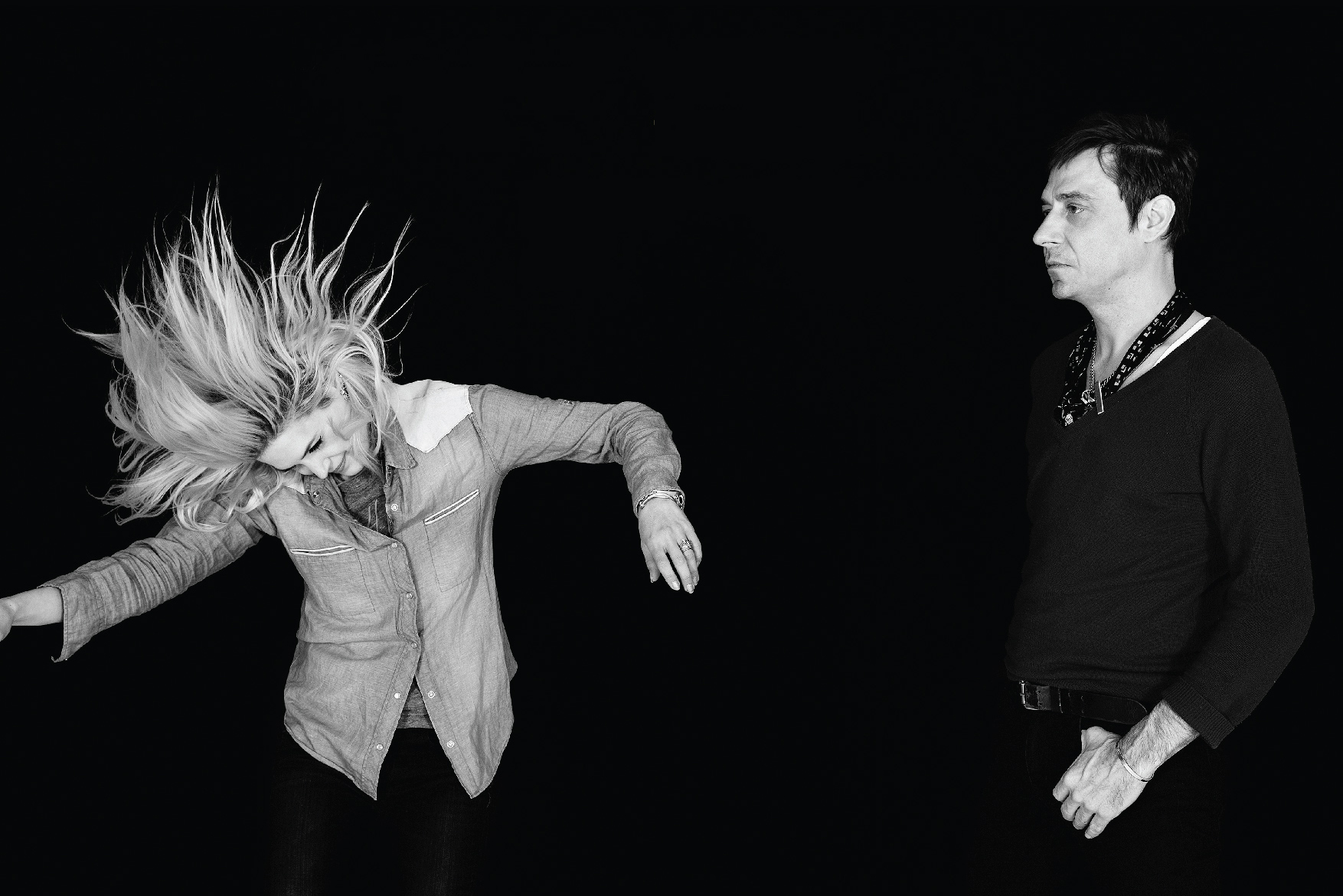 Rita Blå’s flea market is a summer staple, with loads of great stalls selling stylish bargains. Mooch about in the sun with a coffee and make an afternoon of it. 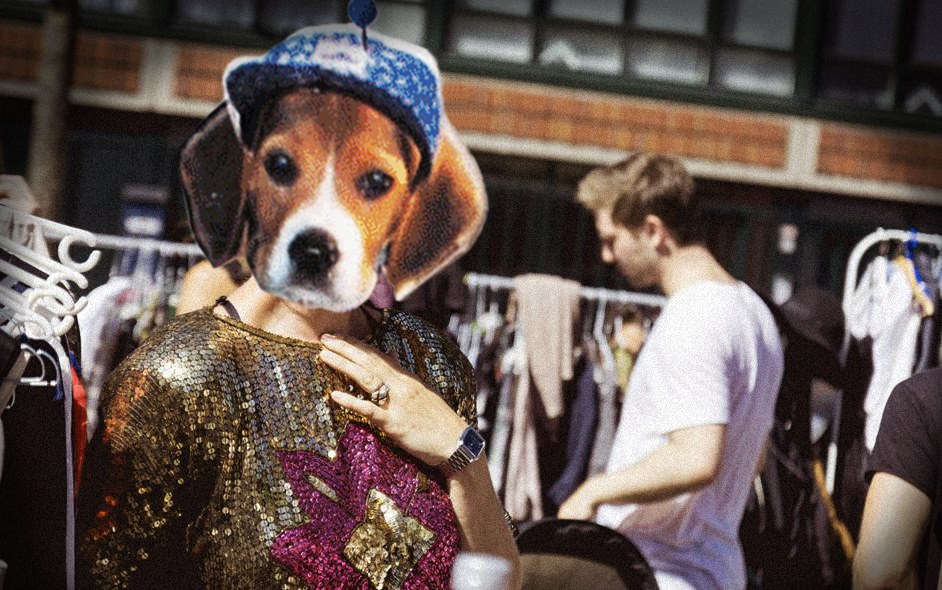 Danish-Ugandan singer, Feridah Rose, will be captivating crowds at Tivoli with her smooth, soulful melodies. She’ll be performing songs from her new EP ‘Njabala’.

Tapas and Cocktails at Cinemateket

Tim Burton’s fantasy drama, Big Fish, is screening at Cinemateket. This surreal drama follows the life and anecdotes of Edward Bloom (Albert Finney) who on becoming ill, relays strange and wonderful stories about his life to his son, William. Enjoy the viewing along with supper and (lots of) cocktails! 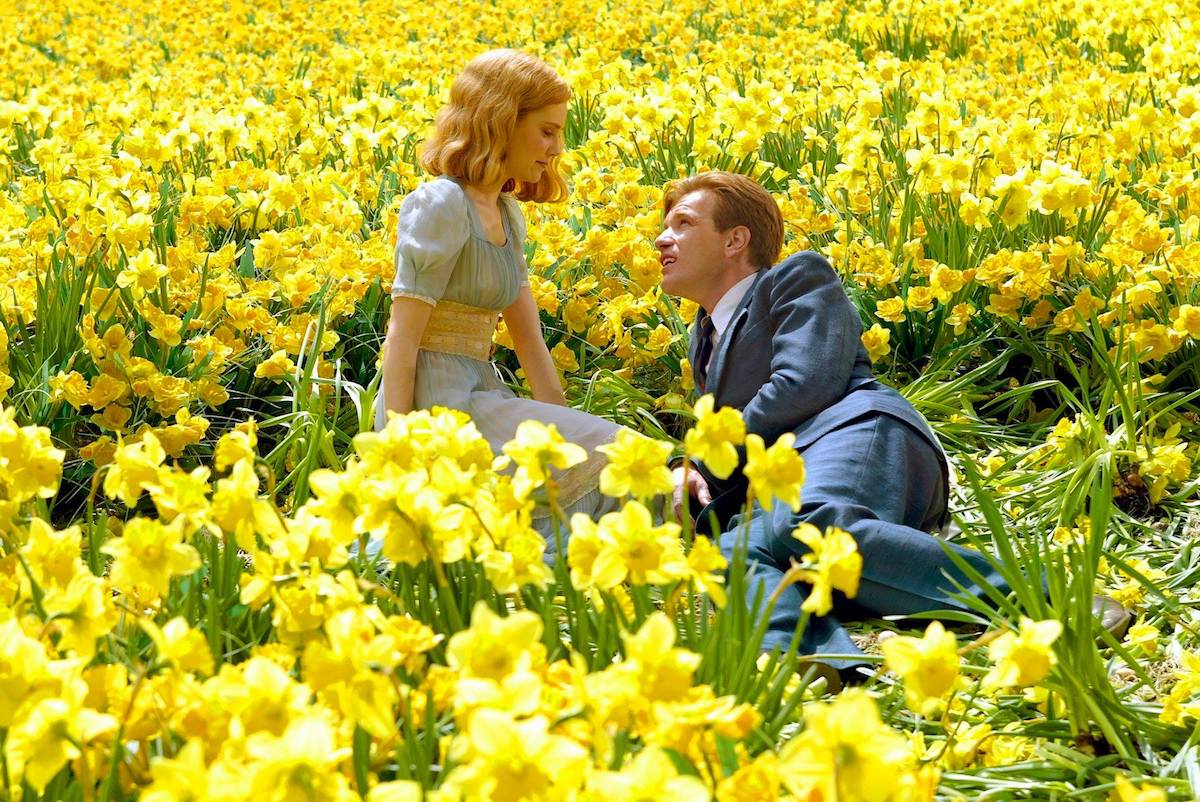 As part of CPH Dance Festival which runs from Friday 16th – 18th, organisers are hosting an Afrobeat, Hip Hop and 90s party on Teglholmsgade; the perfect spot by the water to get your dance on.

Bring your old, unloved bits to MellemRummet’s clothing exchange and get some shiny, swanky new ones in return!

Brooklyn babies Real Estate are playing their jangle indie pop in the confines of Pumpehuset, with support from Scottish shoegazing duo Spinning Coin. 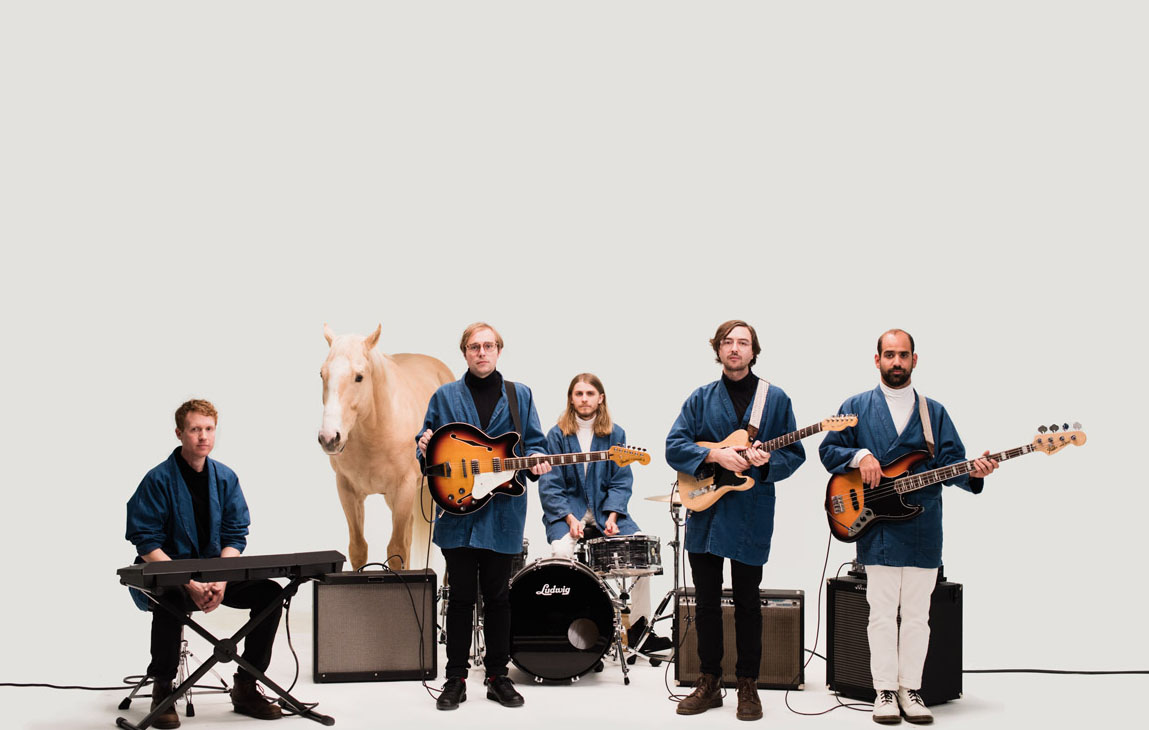 What are the links between humanitarian aid, sustainability and business? The UNDP, Danida and the Confederation of Danish Industries are inviting you to get involved in the discussion. They’ll be running workshops for companies and interested parties over in UN City. 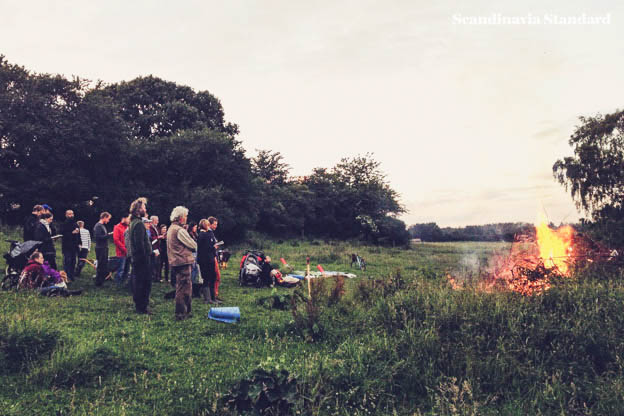 Beer, tunes and er, piss-dust? It’s Roskilde once again folks, Europe’s biggest festival is here! Arcade Fire, Solange and Father John Misty are in the line up and we are just too excited for our week-long-hangover to start. 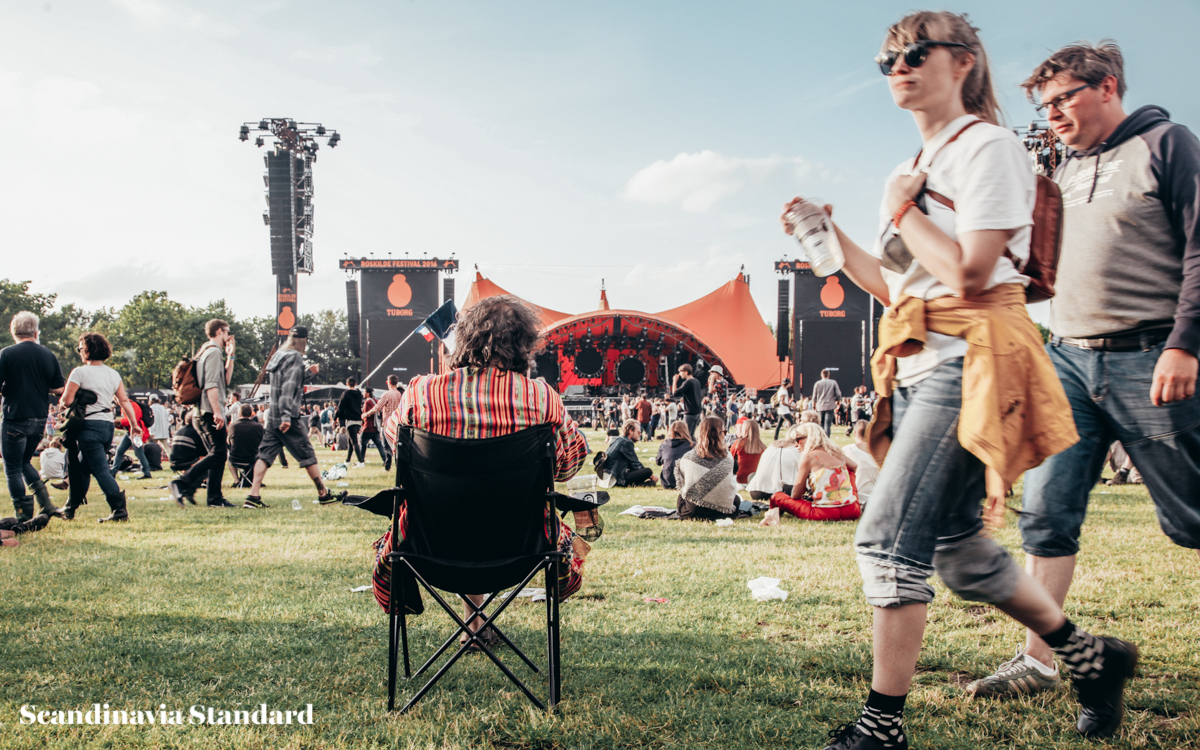 Get out of your comfort zone and experience a fun and challenging new dining adventure. This is communal dining with a bit of a difference; Diners have to keep schtum and instead use alternative senses to communicate with one another. Picture cards and written questions are permitted!

Canadian singer-songwriter performs songs from her emotion-strewn fourth solo album Goodnight City. Numbers like I Know You’re Married But I’ve Got Feelings Too will undoubtedly get you blubbing. 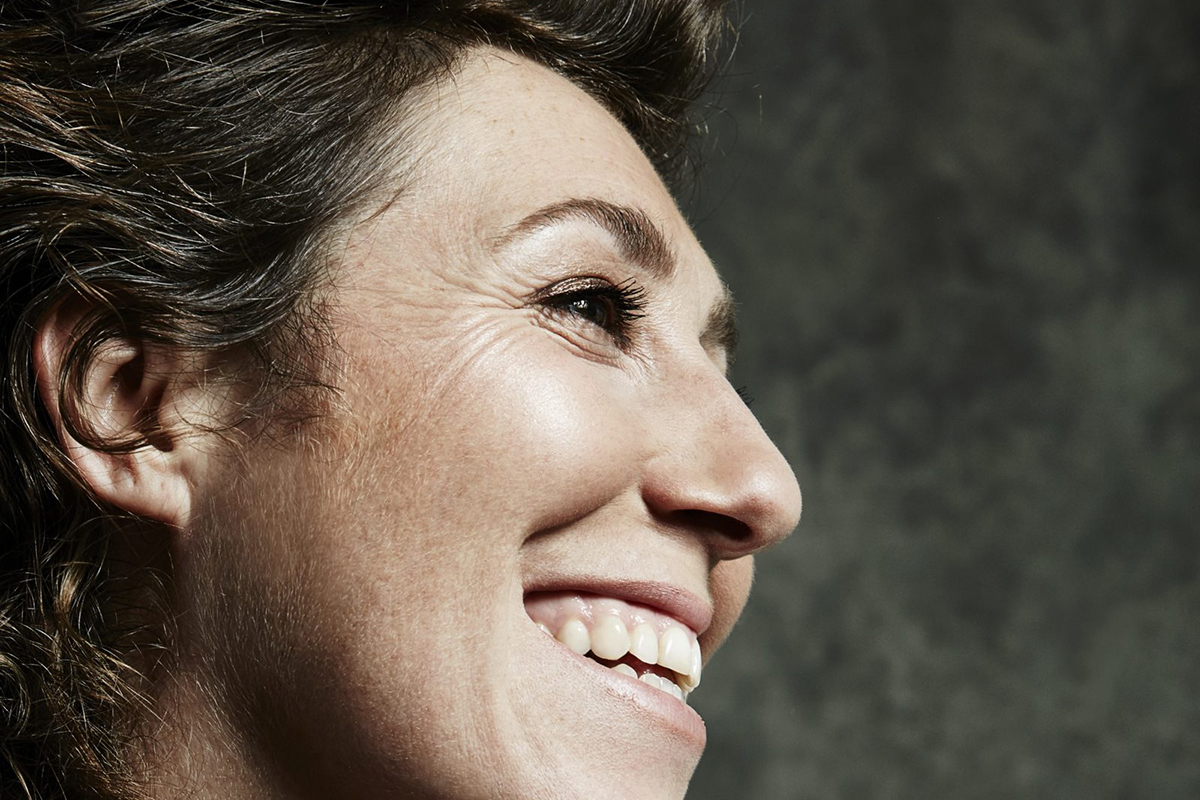 Learn how navigate around the night sky and discover which constellations and planets you should look out for in July! 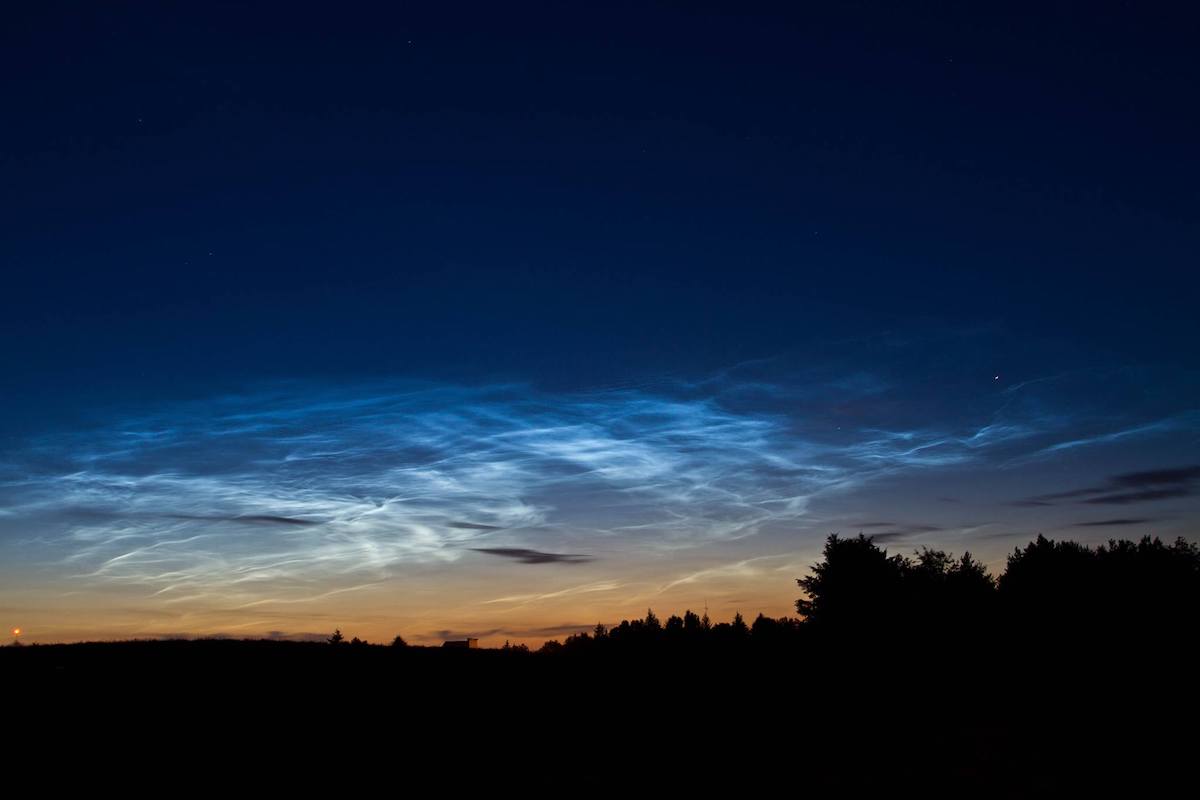 Ofelia Live is a series of free concerts taking place on Fridays at Ofelia Plads. Electro duo Attic Sleepers are kicking it off at 5pm. 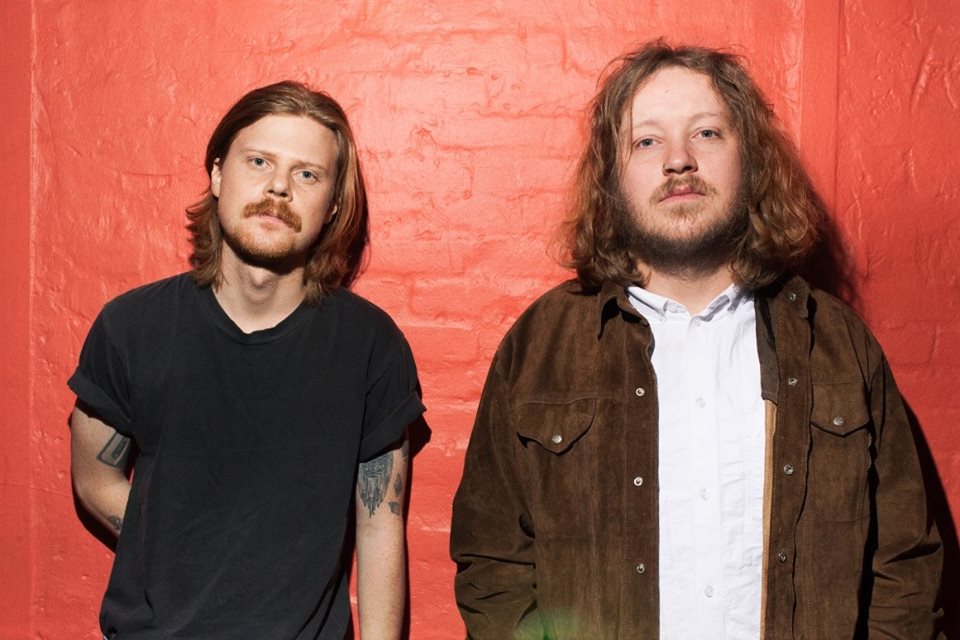 This is the first time that South African artist William Kentridge has been shown in Scandinavia in such a major solo exhibition. Johannesburg-born artist combines his great love of theatre and film in a series of powerful installations examining humanity and how as human beings we try to navigate the world we’re in and too are subjects to mapping in turn. On until June 6th. 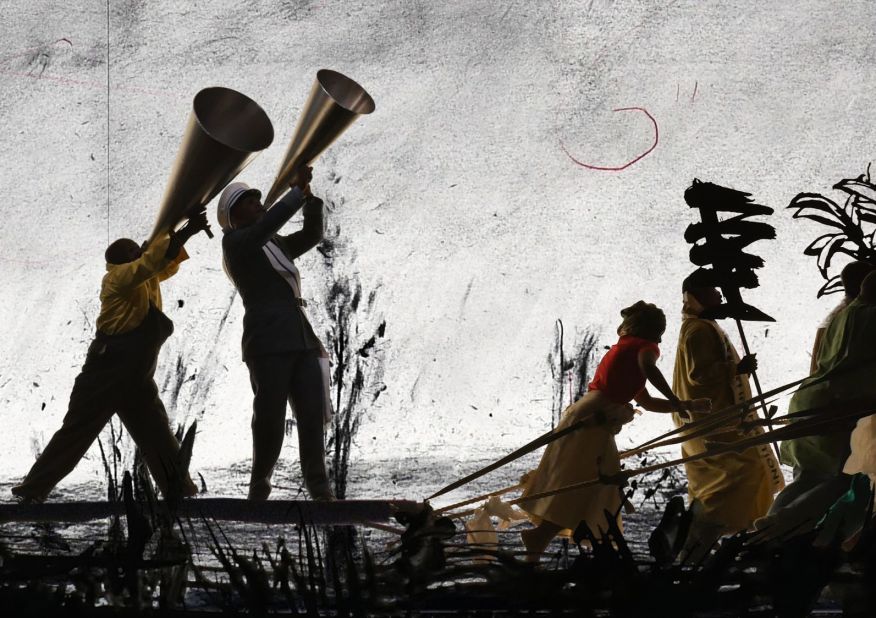 Pissarro. A Meeting on St. Thomas at Ordrupgaard

As the centenary of the sale of the Danish West Indies comes around, Ordrupgaard gallery’s new exhibition shines a light on the meeting of two artists: the Danish Golden Age painter Fritz Melbye and the father of French Impressionism, Camille Pissarro. The pair met on the island of St. Thomas and played an influential role in each other’s life and works. 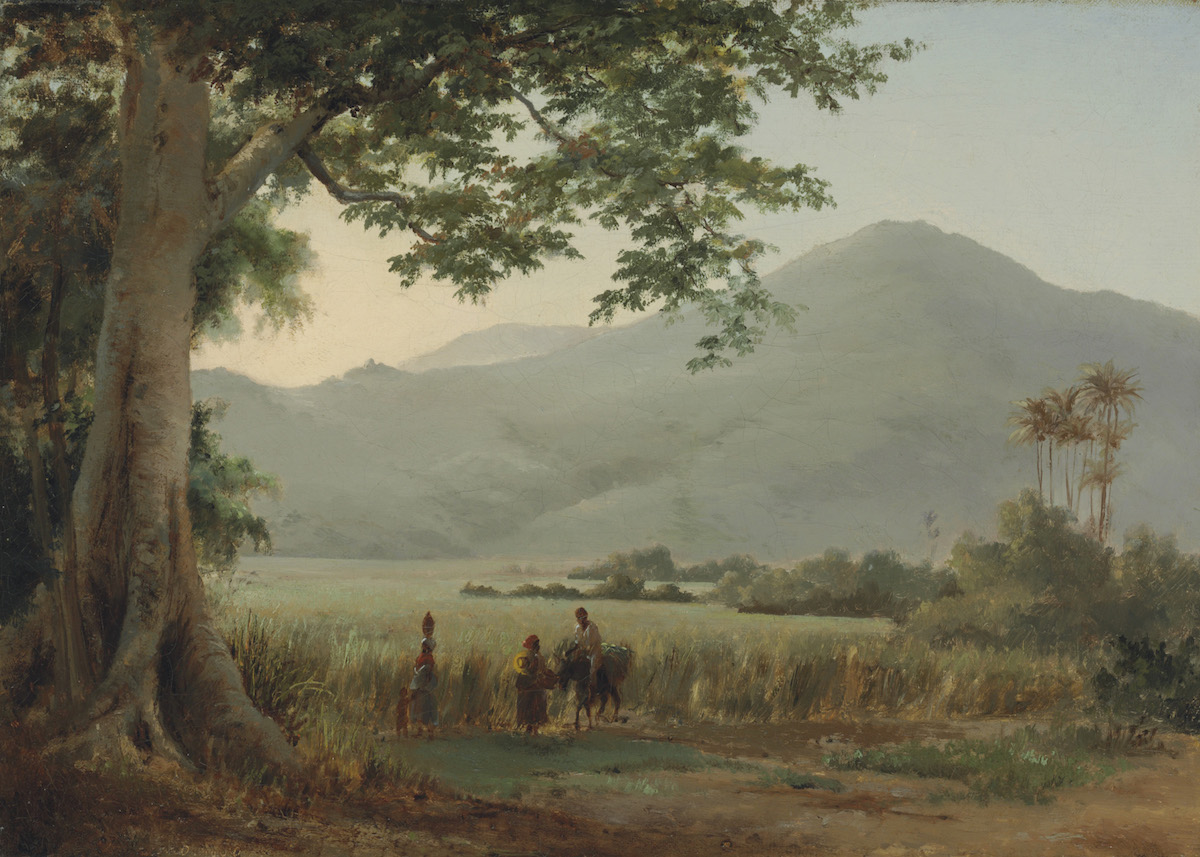